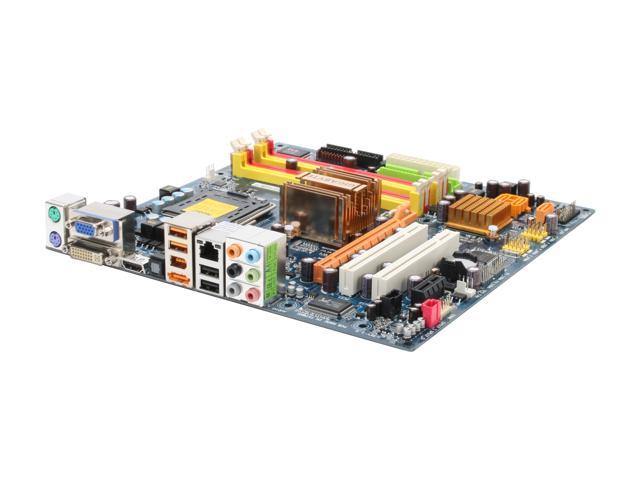 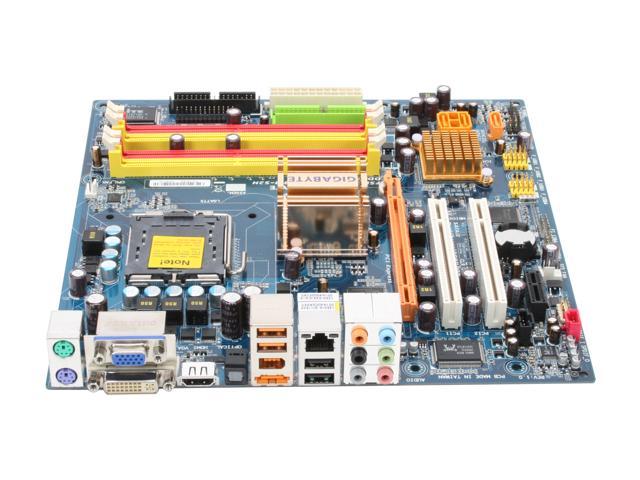 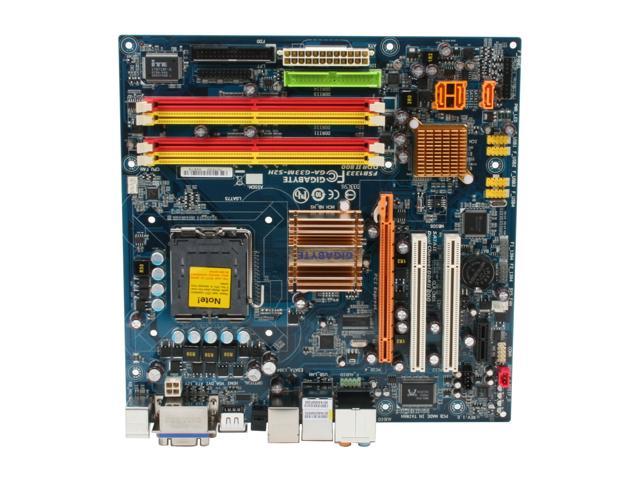 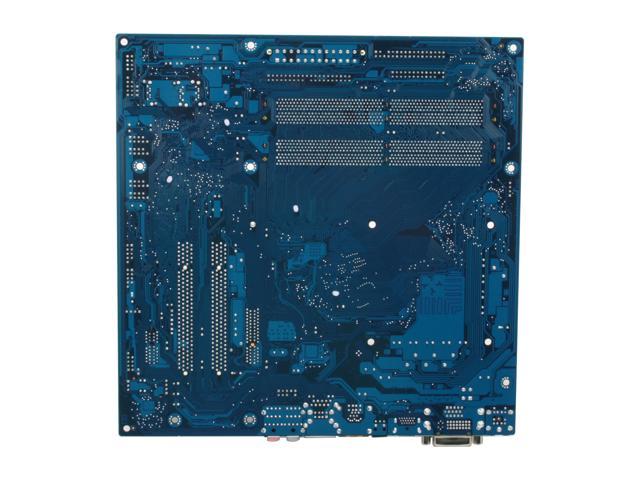 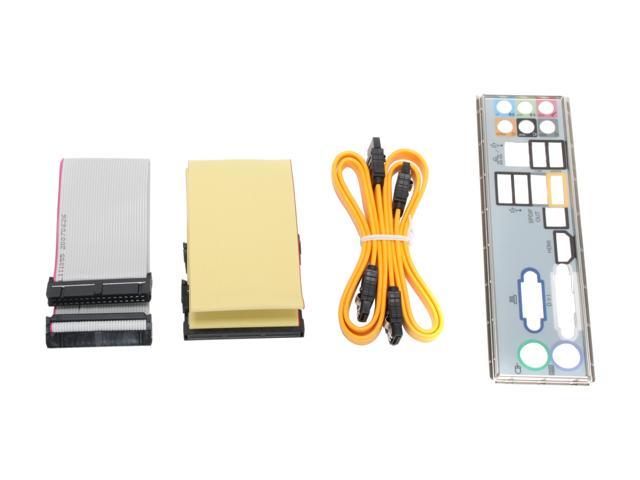 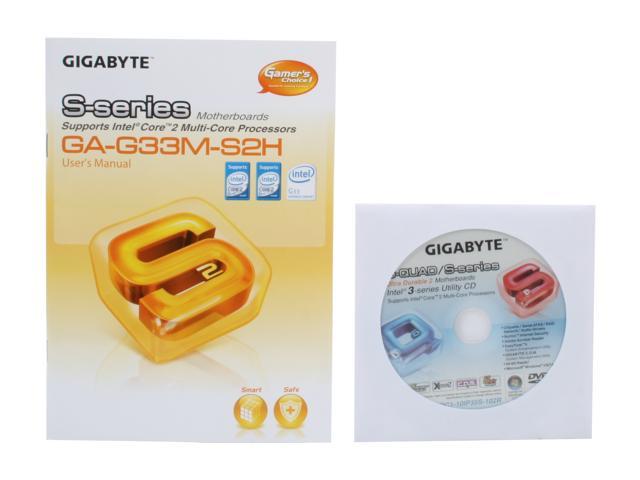 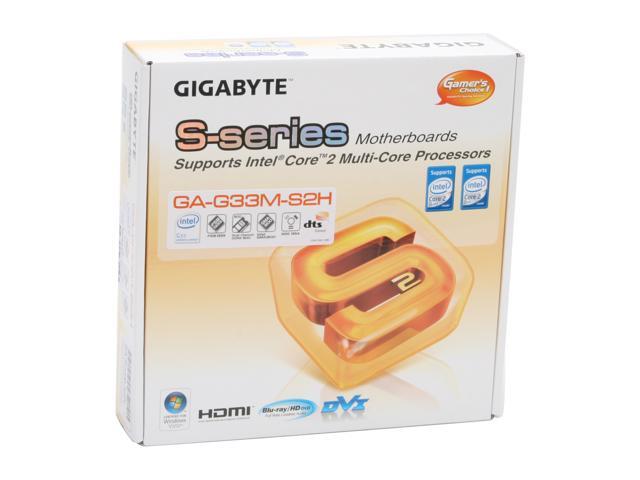 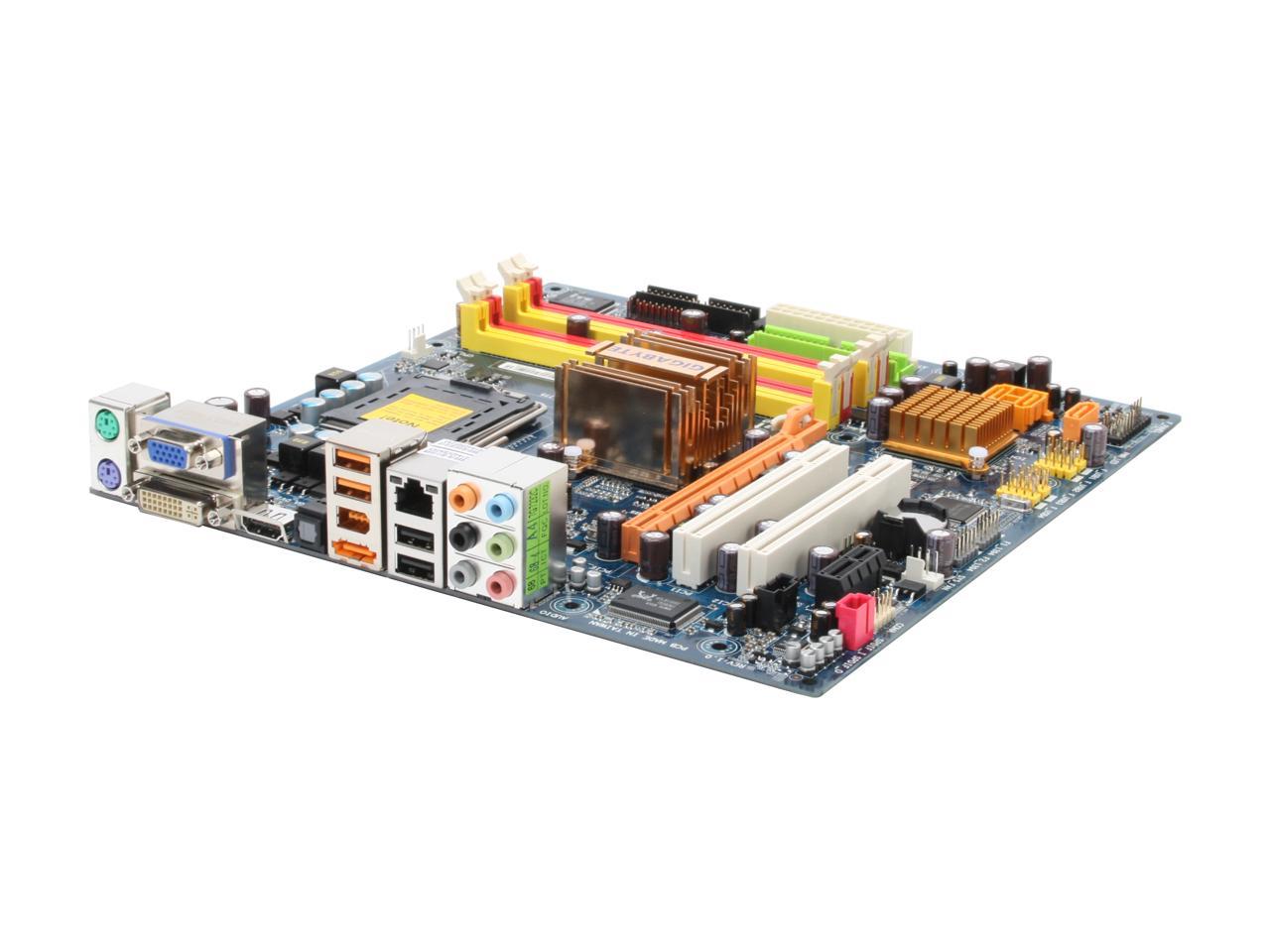 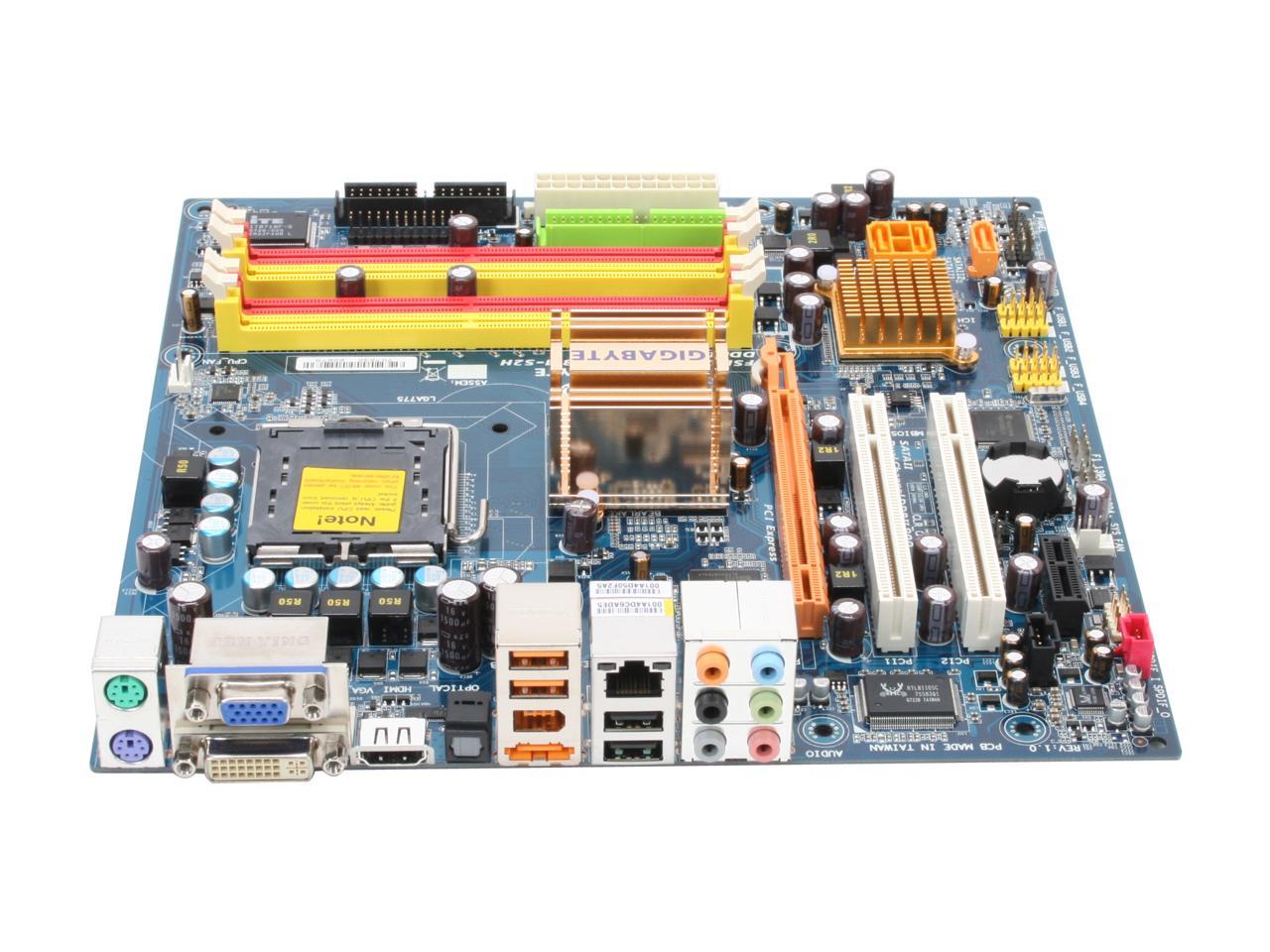 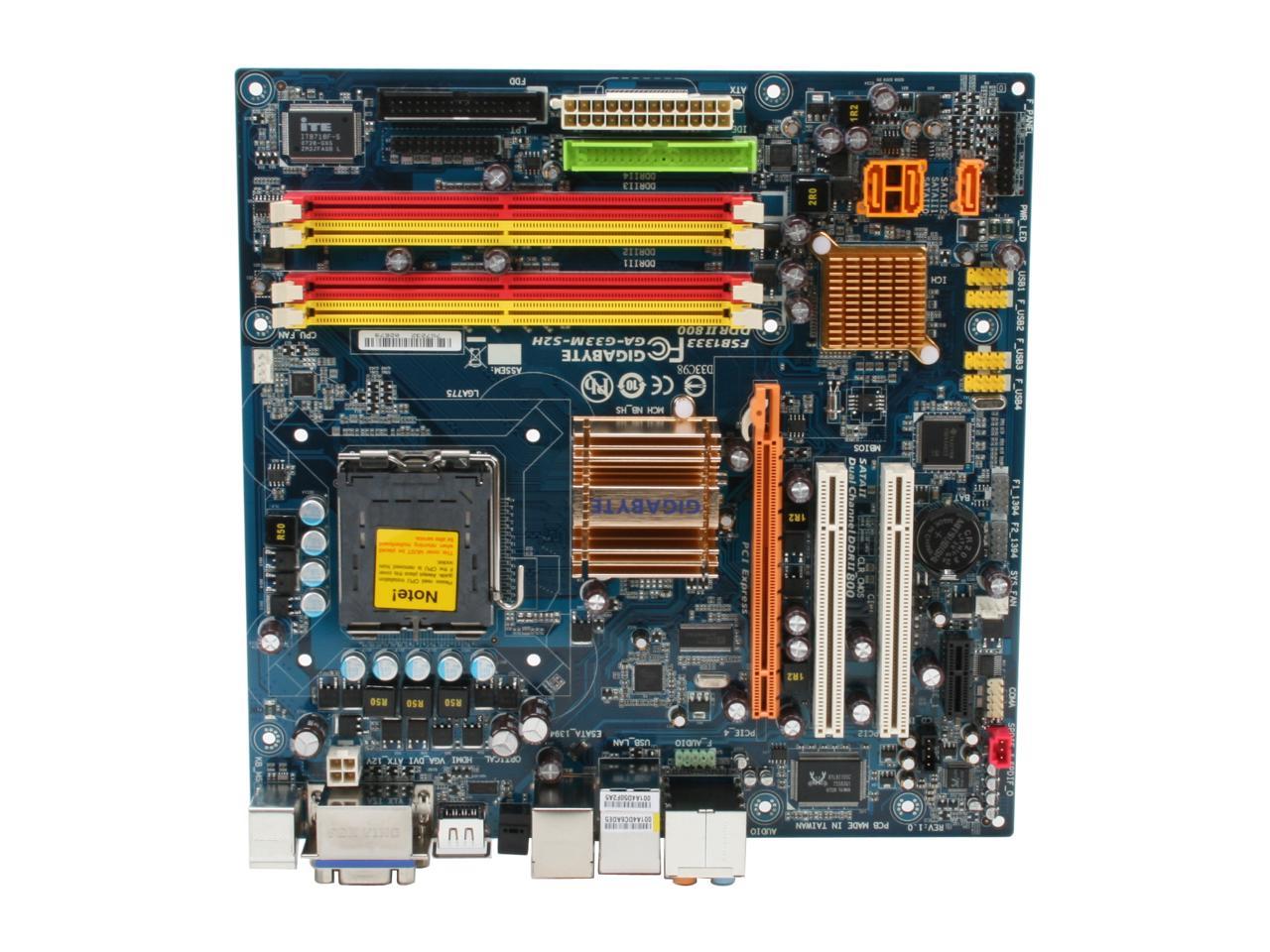 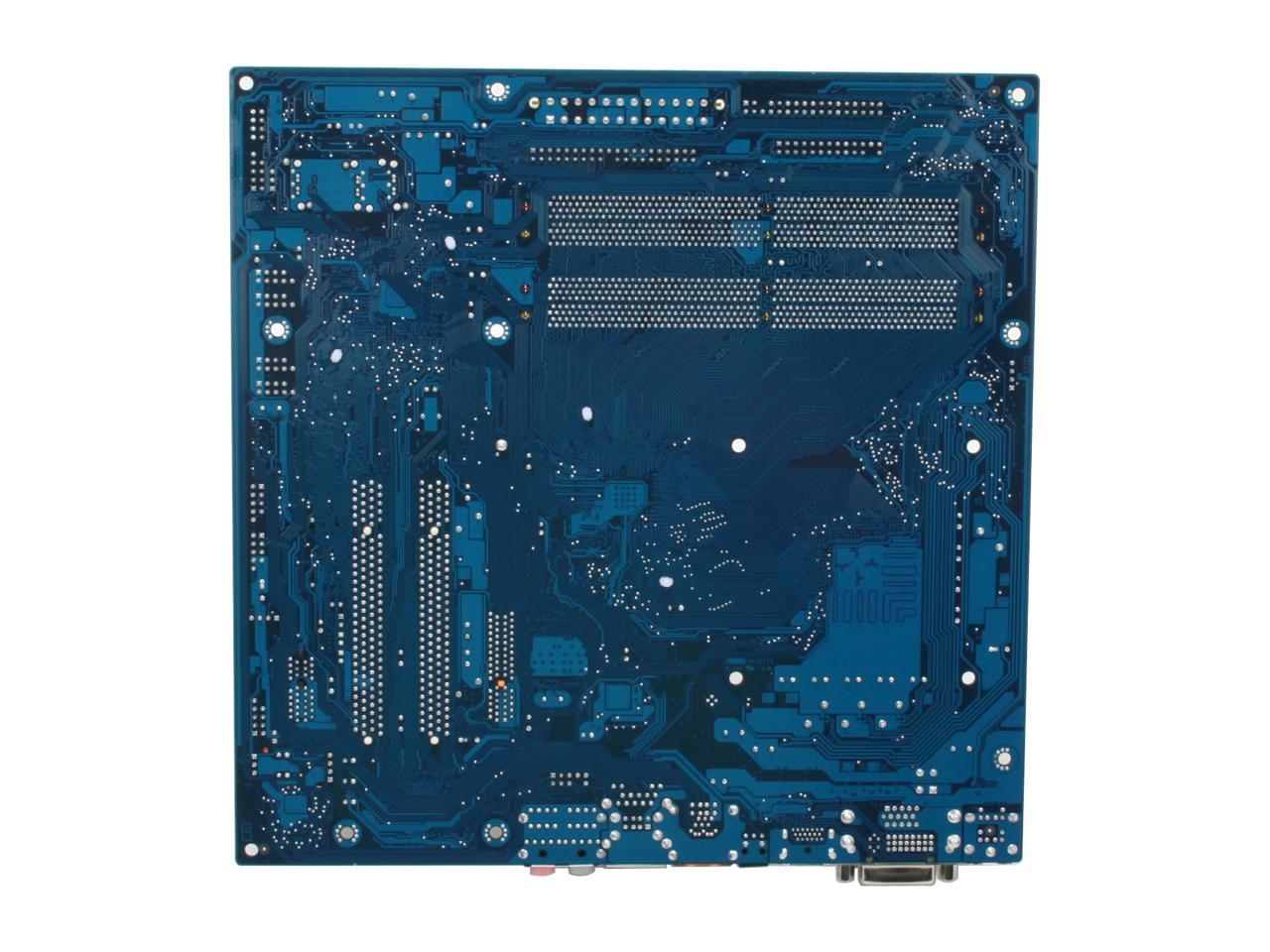 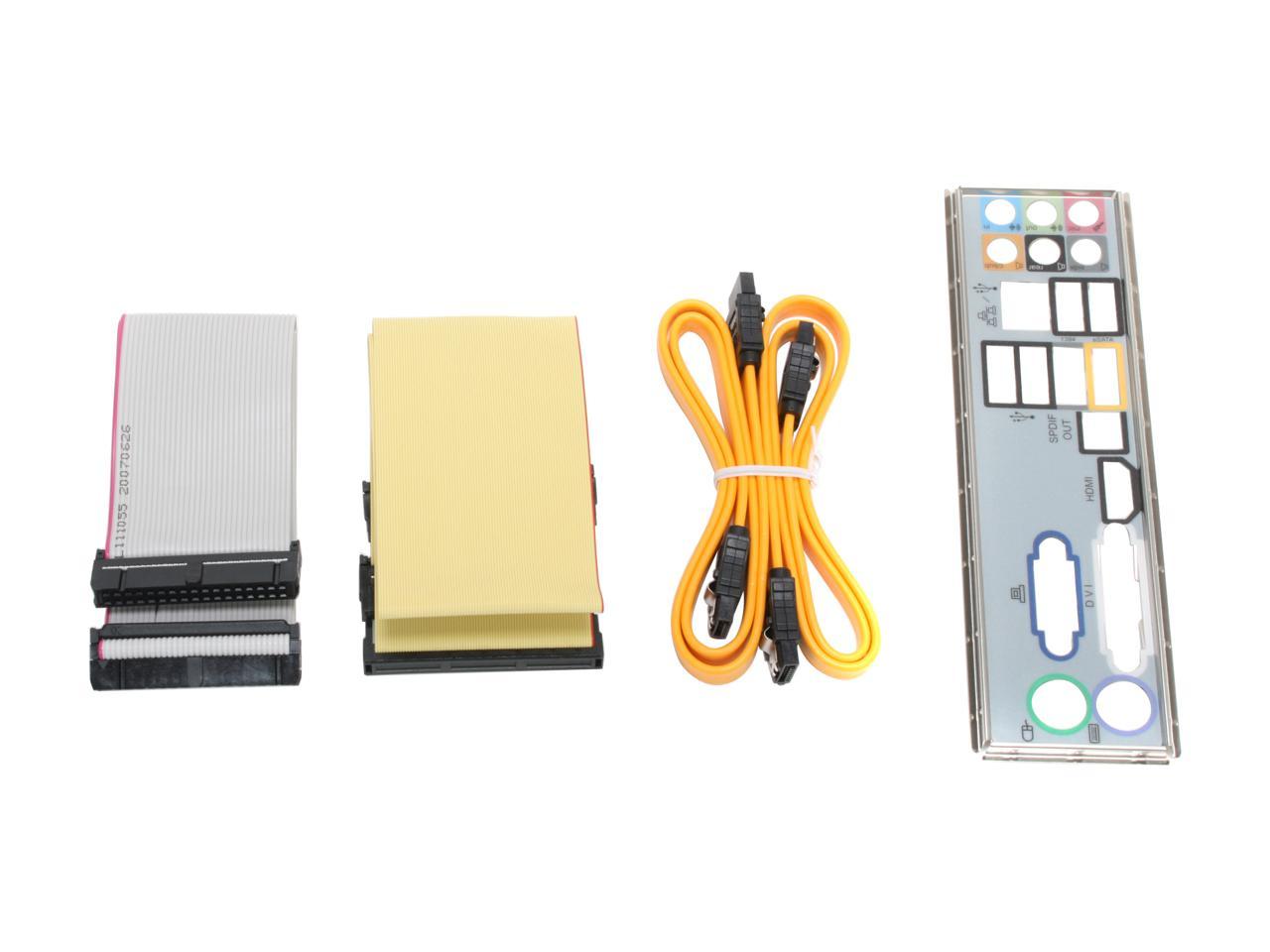 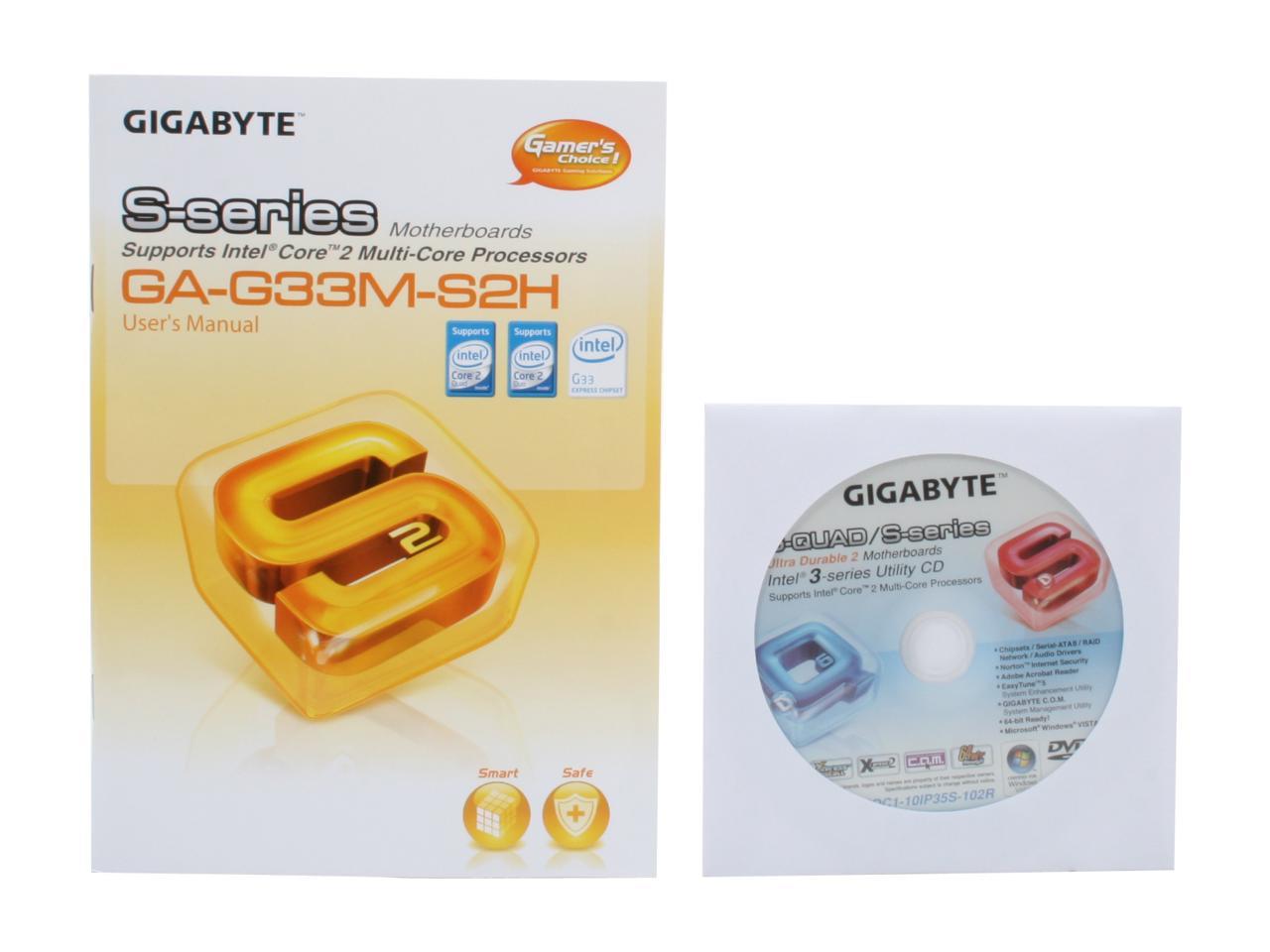 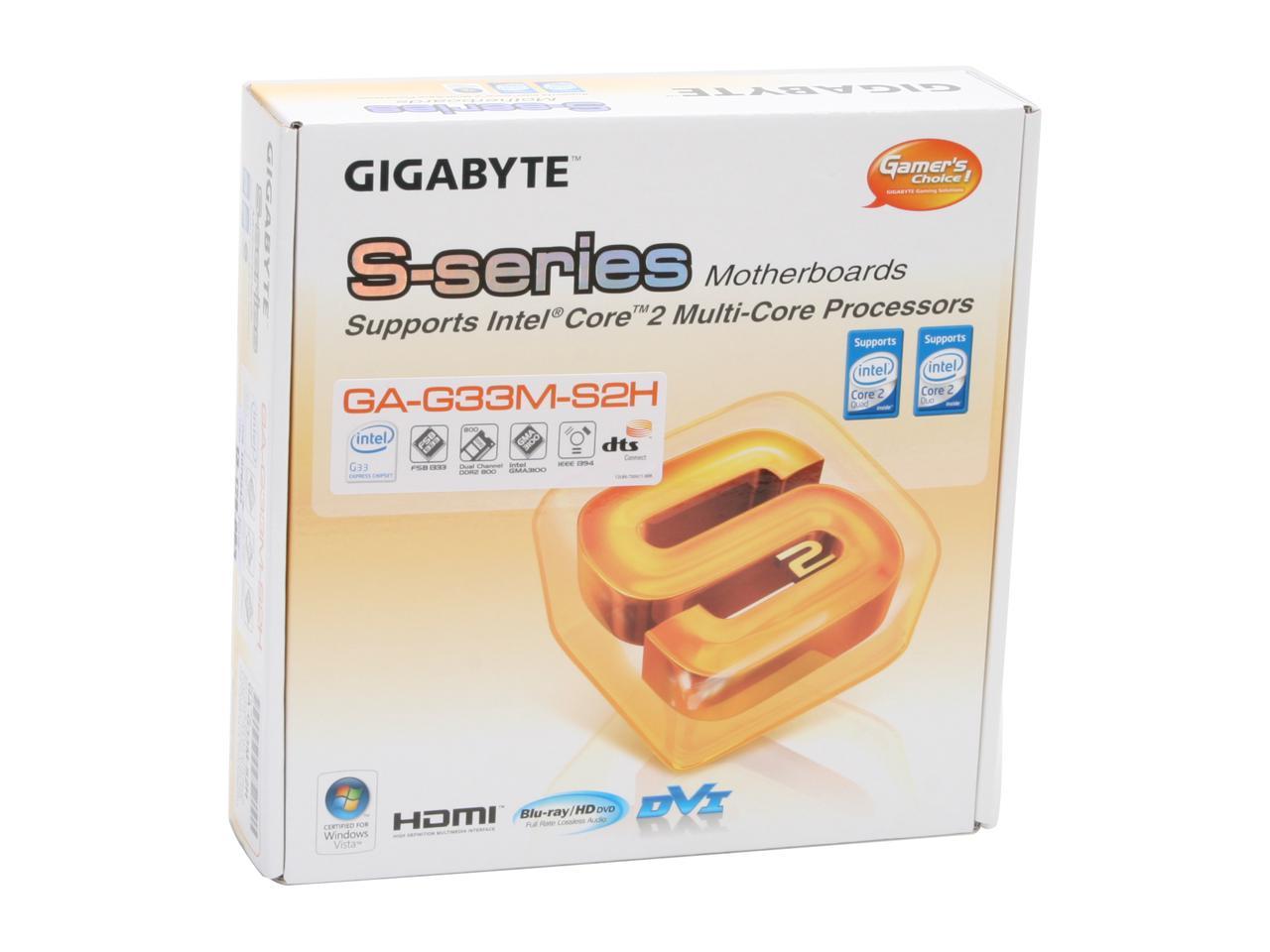 Learn more about the GIGABYTE GA-G33M-S2H

Pros: Works nice, auto bursting speed to 3.8Ghz, nice ability to burst voltage and cpu mult when needed. Used FSB=4x427=1025 Mhz, CPU=9x427=3.843Ghz, Mem=2.4x427=1025 Mhz Could have used higher FSB, but cpu would not have maxed out at with 8,7,6 mult choice, used x9. used +.1v for ram 1.8+.1=1.9v, and 1.6v (max setting) for cpu, Seems Ok since system uses 1.55v, and lower cpu mult for low demand overation and bumps up when more cpu is needed, was worried that non pwm fan would be a shotcoming, but motherboard supports 3pin fan great, really changes fan speed when needed. Zalman 8700 fits great, after shortening a few of the Northbrige corners (easy fatige crack/nip). Keeps cpu temp lower than system board, also blows lots of air down on the MB Had to set voltage and mem timing manually 5-5-5-15, Auto optimize mode seemed confused by starting with a more conservative CPU voltage.

Cons: wish I would have got the quad core, since the cpu cooler is much better than I thought, but maybe could not have overclocked as much. Also could not seem to play the Bioshock demo game with either XP or Vista, maybe the G33 dx9 shortfall, but DVR stuff works great. Not tested HDMI yet. Wish it had the IH9R (raid) but IH9 is ok, only 3 sata, thought there would be more, but would never need more cause I don't want the extra hdd noise. Wish it had the G35, But you got to take what you can get.

Pros: A very good shot at consolidating several add-on components. If everything worked as intended it would be great, but then everything concerning computers is "in theory".

Cons: Keep in mind that all installs are not created equal. After about 8 hours into the mobo the integrated lan simply disappeared, even from the bios. I have tried to get a new/complete install on (2) different HD (EIDE & SATA) with (3) different OS's (Win2k, XP Home & XP Pro). None of which where easy installs. Not all of the included drivers would install correctly. It took some monkeying around with drivers from the various web sites to complete the HDMI audio. There seems to be no easy way to control the overscan in both HDMI & DVI without third party software, which leave me to the VGA which puts me back to square one on this project. I wanted fully integrated HDMI for my HT. Also, the (2) expansion slots are dangerously close together. If your add-on cards with whatever cables attached are as wide as your finger, be very carefull installing them or you may create some other issues.

Overall Review: Overall this seems to be a good mobo from a known manufacturerer. I will be returning mine as defective but I will try again. Hopefully Intel will come out with better drivers for the HDMI-vis to correct the overscan that all DVI/HDMI computer graphics produce (why can't they correct this in the first place?) I use a Foxconn case, 600w PS, (7) internal HD (2.5TB), (3) external USB HD (1.2TB), (2) internal DVD drives, 4GB ram and output all to a Samsung 46" LCD with a Yamaha 6.1 DTS audio so, yess I do push the technology. (By the way I got into this "game" just as DOS 3.3 came out)

Cons: BIOS way too limited on ram divisor settings for overclocking. The parallel port header is next to the floppy drive conector so if you need it you will need to find a very long parallel port cable (good luck on that). No extra USB brackets for utilizing all 10 USB ports.

Cons: I played one dvd, I could get HDMI and audio to my HDTV. However, the audio carried is not 5.1 ETS or Dolby. Could not figure out why. I saw previous view that HDMI could not be used with SP/DIF. In my case, I could use both at same time. But still, with Alc889-a, the digital audio is not 5.1.

Overall Review: Overall a good board for HTPC.

Pros: The small size is nice, and I like the numerous outputs. The onboard HD audio is a nice feature as well.

Cons: I had trouble getting the onboard video to work right using the HDMI out. To be fair though I didn't spend too long with it (probably only a couple hours). So, take this with a grain of salt, as additional tweaking might get it working properly.

Overall Review: Be careful in what parts you choose to go with this board, as clearance between part of the board and things like CPU coolers, video cards, and RAM can be an issue if you're not careful. Proper planning will take care of this though.

Pros: Integrated HDMI/DVI. Overclocks well, does everything it's supposed to.

Overall Review: I was considering returning this board because I felt that the video capability wasn't up to what I needed. I was wrong. The biggest weakpoint (lack of 3d power or even flexibility to upgrade to a nice PCIe x16) won't be a factor for me because I don't play 3d games. I'm running 1920x1080 on Vista Aero and everything is smooth. Overclocks well. Running 6750 @ 3.2 ghz on stock voltage and it's super solid. ** Because the video card uses system memory I noticed a slight increase in performance when I increased the clock speed in my ram (Crucial 800 -> 960mhz). You might want to try the same.

Pros: Everything worked great except ...

Cons: The PCI Express x16 slot only runs at x4. After spending 4 hours trying to figure out why my 3DMark06 scores were about 3,000 lower than I expected, I dug deeper into the motherboard manual to discover that my 8800GTS was only going to run at x4 and not x16, even though all marketing says this motherboard has a x16 slot.

Overall Review: Odd trick for Gigabyte. Normally they hook you up with everything but the kitchen sink.

Cons: only 3 internal SATA ports and 1 esata. Should replace a PCI slot with more SATA slots, and Raid 5 would be a nice addition. With these changes the motherboard would be perfect for a combination media server/HTPC, which is what i want. Even without it's excellent as a SATA PCI card can be added easily enough.

Overall Review: In my previous comments i said that it didn't recognize the 1Tb WD hard drive, this has now been fixed with bios version F3. I have not tried the audio though HDMI yet.