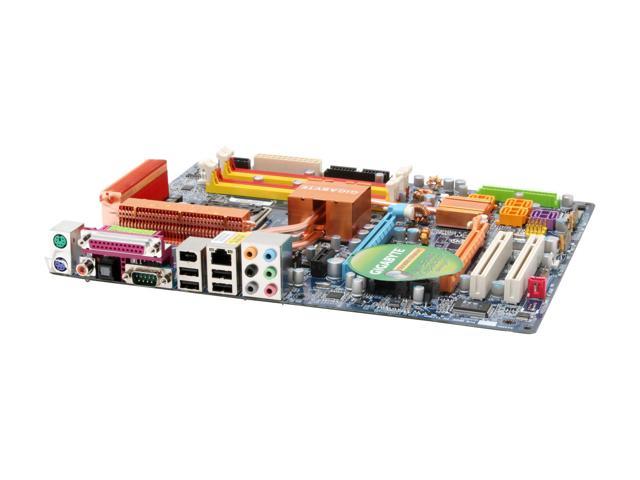 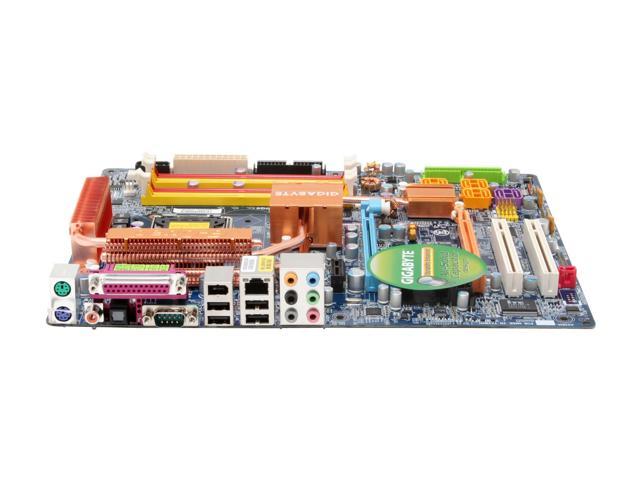 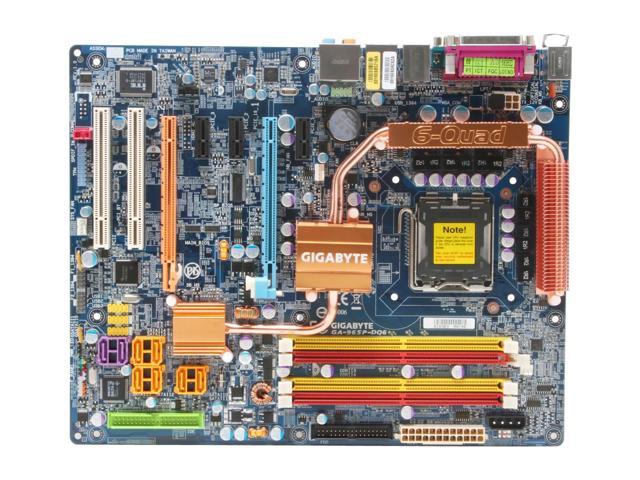 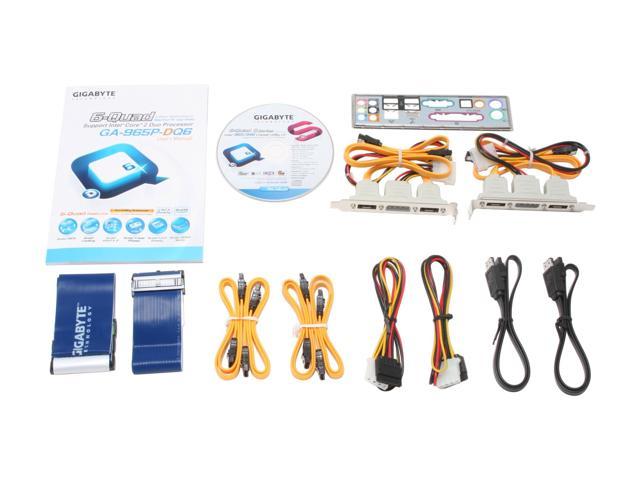 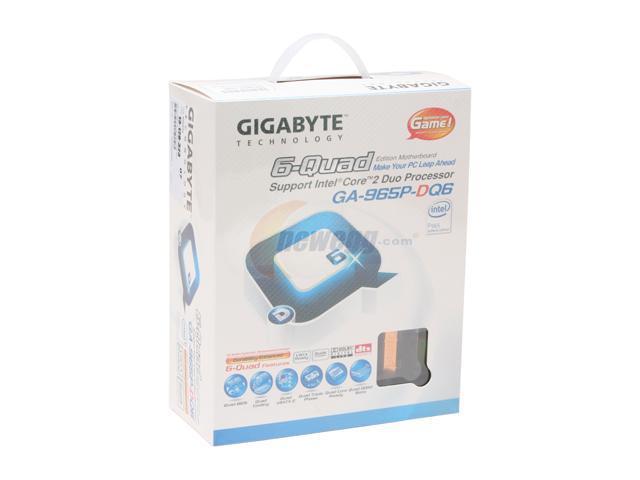 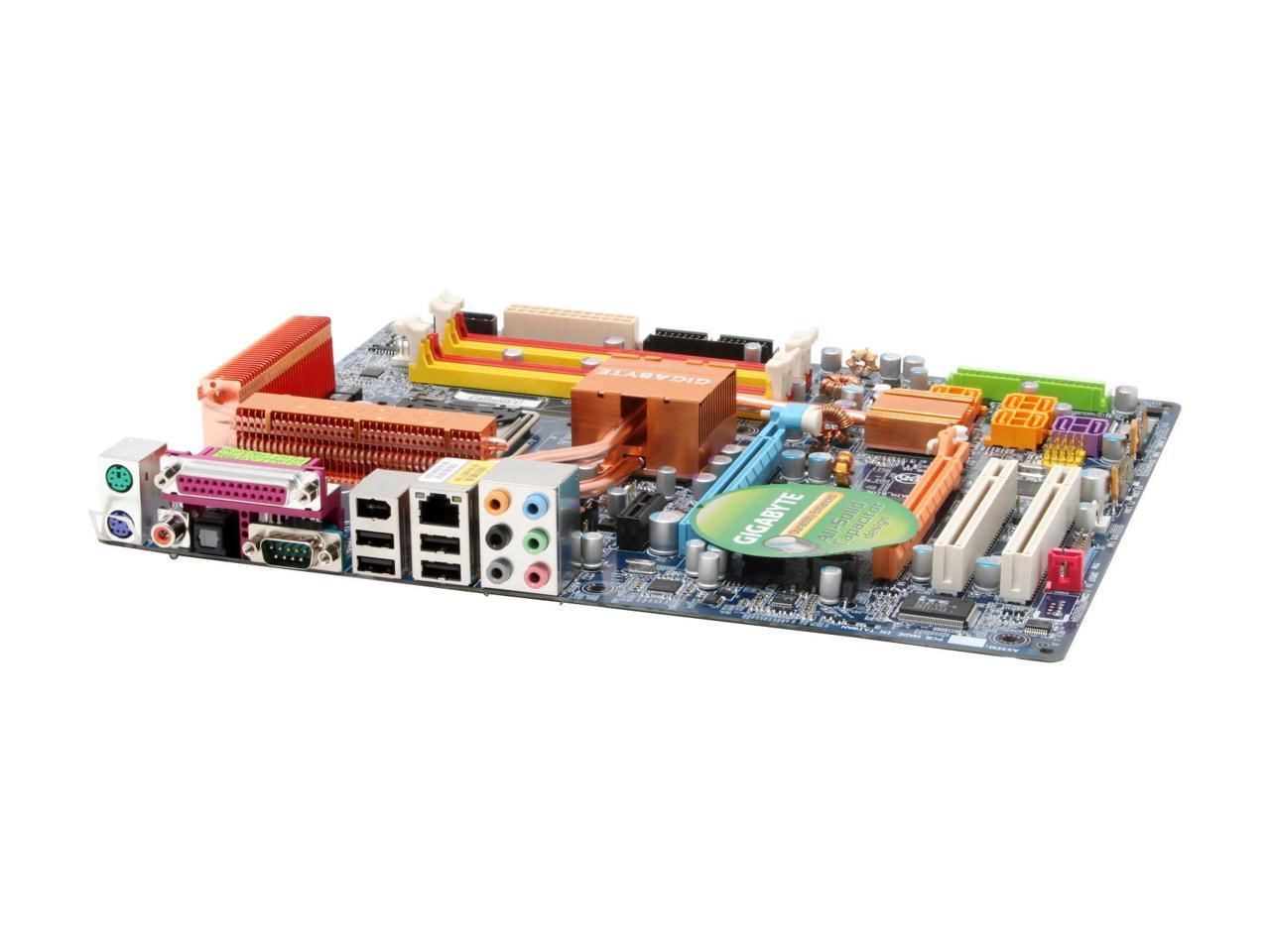 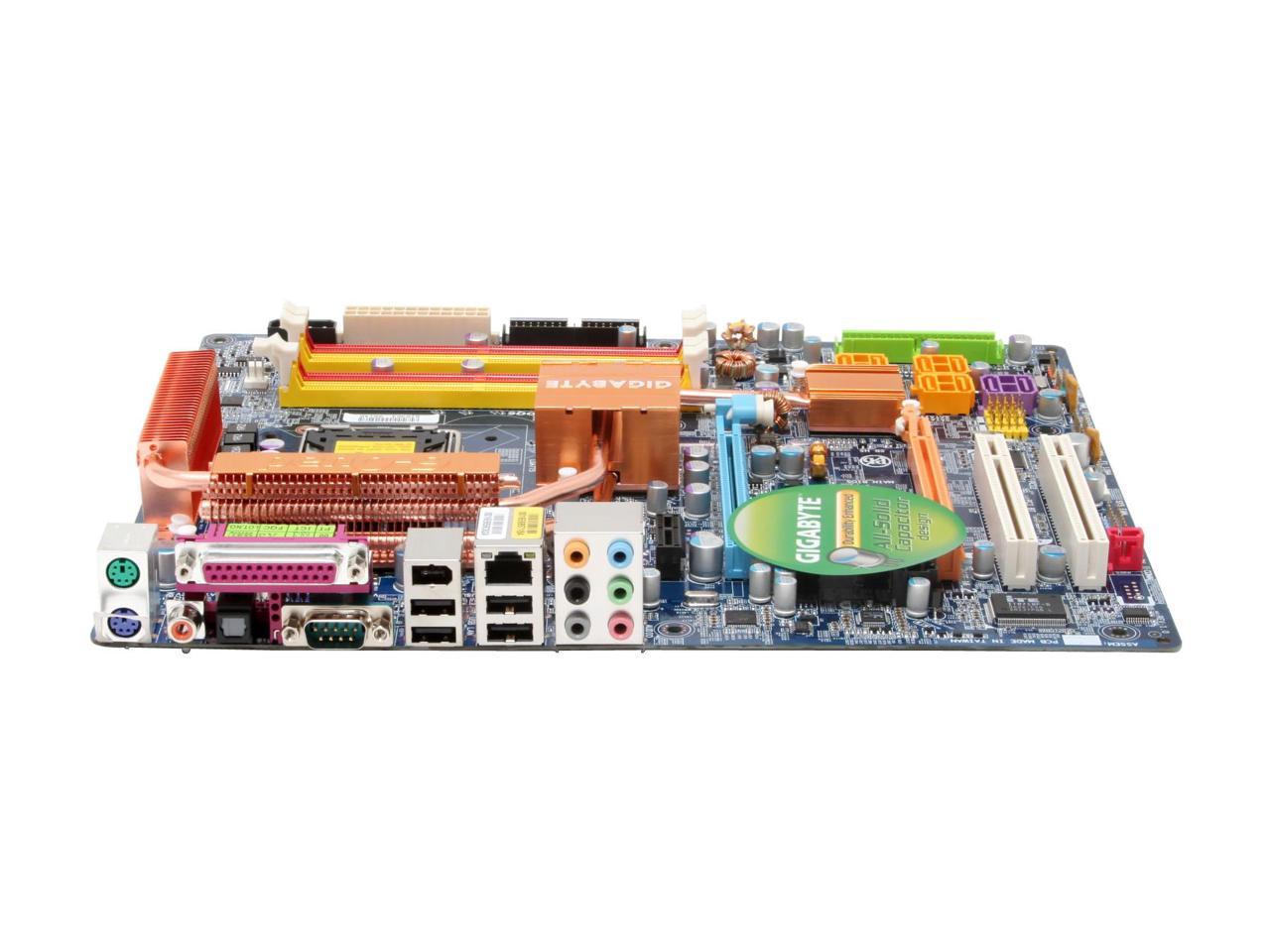 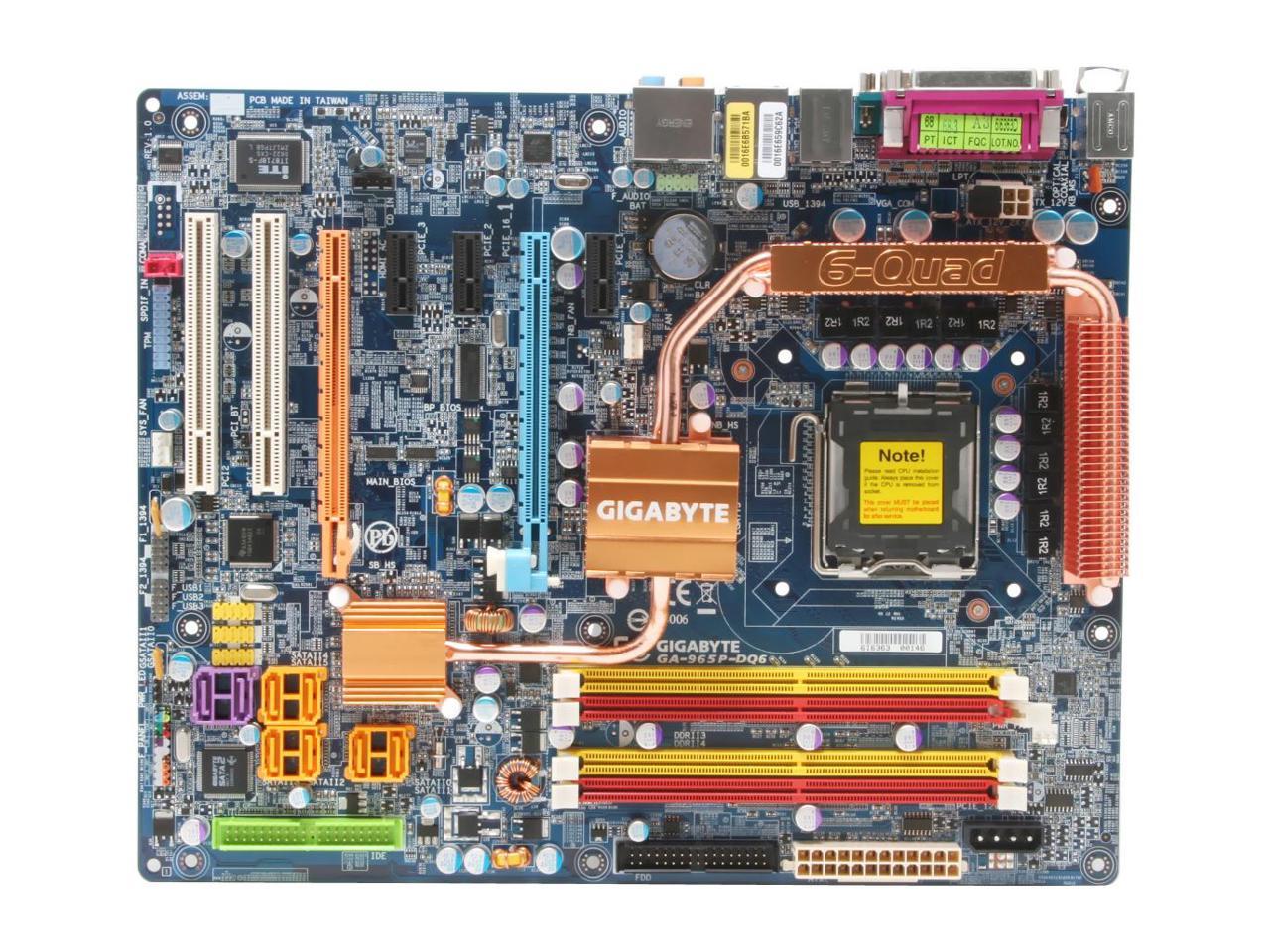 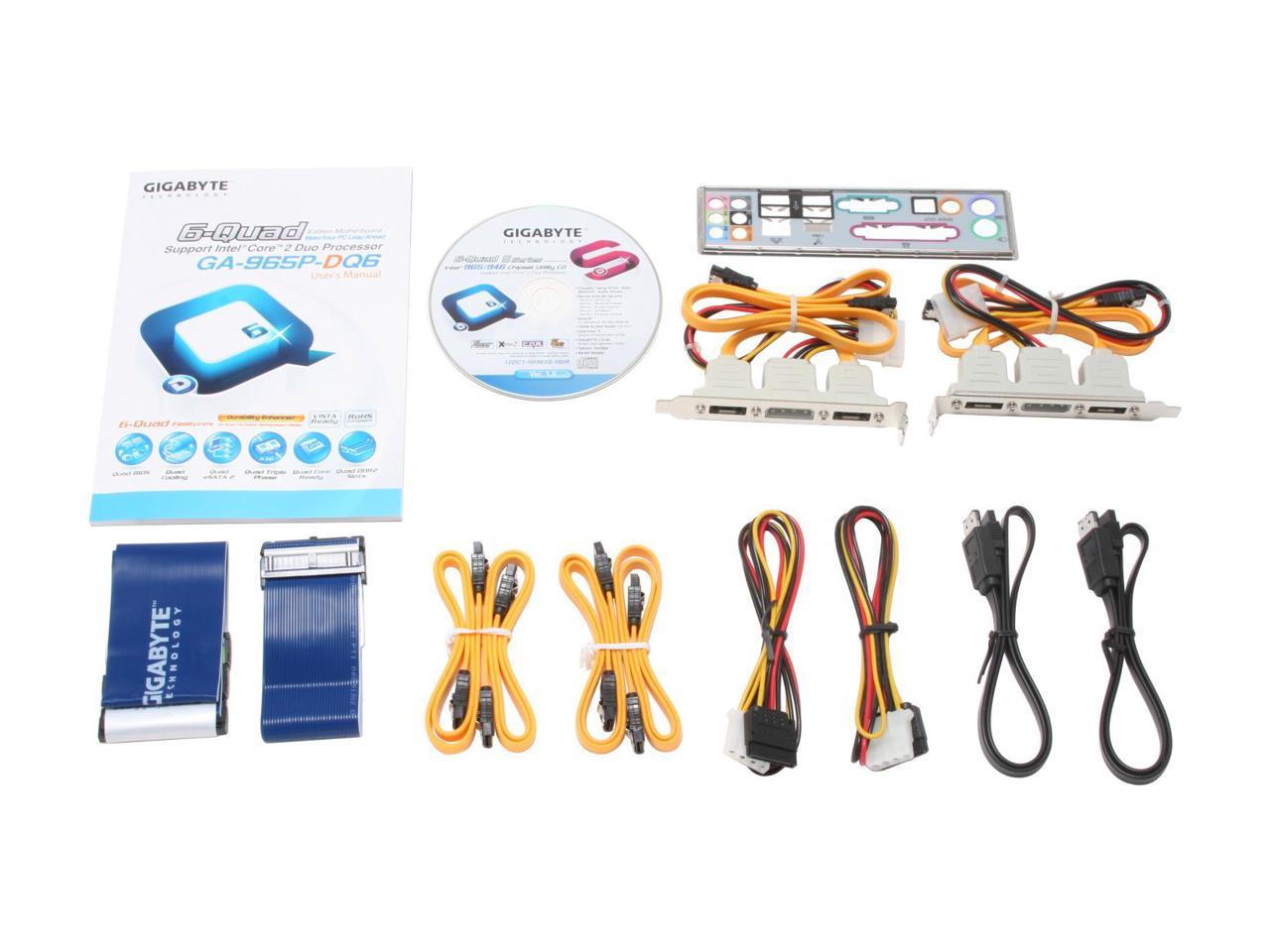 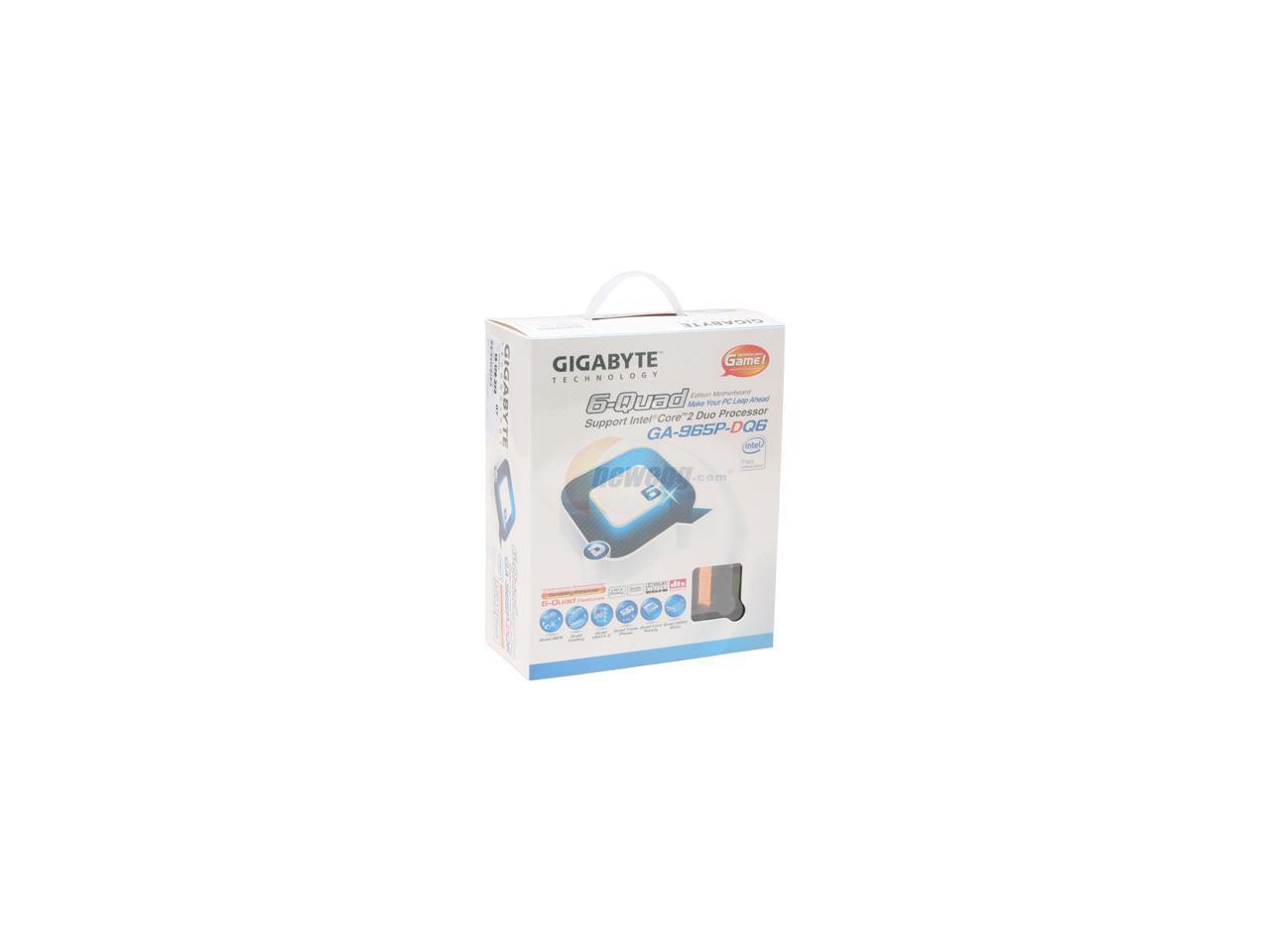 (153) Write a Review
OUT OF STOCK.
Overview
Specs
Reviews
The high-performance GIGABYTE GA-965P-DQ6 is a strong effort to produce a high performance motherboard out of the P965 chipset. It delivers a complete arsenal of skillfully-designed tuning tools for power users and hardcore gamers. With the Intel P965 and ICH8R chipset, the GA-965P-DQ6 supports up to a whopping 8 GB dual-channel DDR2 800/667/533 memory with Fast Memory Access technology, and the much vaunted next-generation Intel Core 2 Duo and Core 2 Extreme processors.
Other features include 8 total SATA 3Gb/s connectors, 8-channel onboard HD Audio and PCIe Gigabit LAN support. Embodying intense performance, the GA-965P-DQ6 incorporates Gigabyte's revolutionary Quad Cooling, Quad eSATA 2, Quad BIOS and Quad Triple Power Phase technologies, and boasts all-solid capacitors specifically designed for enhanced system durability and boosted system stability even under the most extreme conditions.

Learn more about the GIGABYTE GA-965P-DQ6

Cons: none. ill take this space to add more pro's. This board stays very cool. I bought it with an Antec Nine Hundred case. The case keeps everything very cool though.

Pros: The Rev. 2.0 motherboard I recieved after all the time I waited to order it, and after all the posts of people getting rev 3.3 was disapointing. But the board is extremely nice, even it's rev 2.0 form. I don't think I will be using this board if I ever get a 1333 FSB processor anyway down the line. Not that it's not a great board for it, but I have a feeling new MB techs will drive me to get a newer MB anyway.

Cons: Got rev 2.0 and not 3.3. The board has a crazy cool heatsink on the back, making the zalman 9500 cooler install a PITA. Had to cut things, and trim things. But it's installed now and works great. E6600 runs 29c idle and 45c under load with speed stepping turned off.

Overall Review: NEWEGG!! Post rev models on the ordering page so it's not a random draw!

Pros: nice passive cooling, support for core 2 duo, good onboard sound, onboard gigabit ethernet. currently running f5 bios and vista rc-1 x64 on e6600 with 2gb of corsair xms2 ddr2 memory and ati x1900xt. all eye-candy turned on, and the system is very responsive. did not need to install any drivers from gigabyte-provided cd.

Overall Review: no problem installing zalman cnps9500 fan/heatsink. all you have to do is cut the corners (which is all that's really needed...) off of the after-market's back plate. once you have the corners cut off, attach the front mounting bracket to the 4 seperate pieces instead of the single back unit. simple...

Pros: This board is just awesome! I matched this board with an E6600 & some OCZ DDR2-800 rev 2 stuff. It is an overclockers friend.

Cons: HUGE heatsink on the back of the mobo restricts the installation of certain aftermarket CPU heatsinks. Not really a con though since this keeps all necessary components very cool so you can overclock it.

Cons: This mobo is very picky with ram. I bought 2x1Gb of Buffalo Firestix DDR2800 to pair with this mobo and when it first boots you need to get to the bios asap and up the vdimm voltage to 2.1v (+.3 in the bios)even after that I spent the better part of 8hrs. tweaking the board to get things stable.

Pros: I buy a MB every 3 weeks or so and you can't do much better than this pistol.Don't bother with the P35 (BLA) if you are running a Q core / 2900xt crossfire set up this boad is some hard to beat.

Cons: The back plate will gather condesation with a CoolIt set up -- beware

Overall Review: Other than a EVGA 680i (me love)this is the board.

Cons: This isnt a board for a beginner. It takes some trial and error to get things running smoothly and stable. Dont forget to have floppy for ICH8R during XP install. I still havent figured out 3.0 g/b sata feature yet. Ill get it eventually..

Overall Review: Its a well made board. Ive built a few computers but this is the first time i OCed that far. Planning to go more once Thermaltake 120 Ultra Extreme comes in. Mine was rev 3.3 bios f7 had problems then upgraded to f10 and memory stability went away. Before i booted up with all the components i cleared CMOS. I suggest doing same maybe all DOA boards just needed to have a cleared cmos before installation of hardware.

Cons: Just type this into google: "GA-965P-DQ6 reboot cycle" It seems all board revisions and BIOS versions have this problem, and my rev. 1.0 F7 is no exception. If the computer is off for more than a few hours it will often not start up correctly, entering a reboot cycle that can't be stopped unless you unplug the power supply and try your luck again. No one seems to know the cause, explanations range from USB power issues to BIOS voltage settings. People who don't observe the problem are simply not leaving their computers off very long.