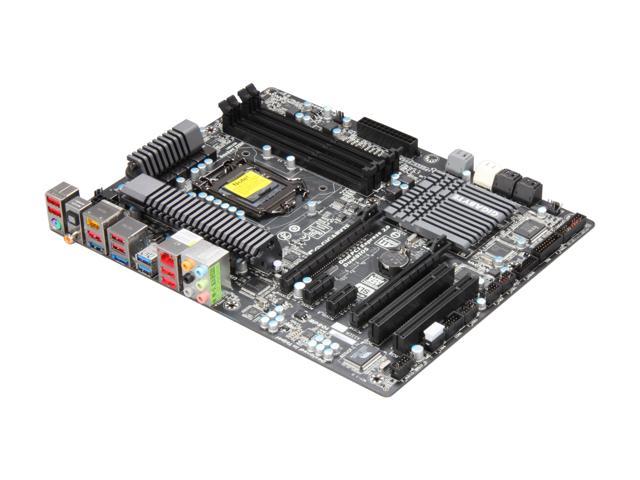 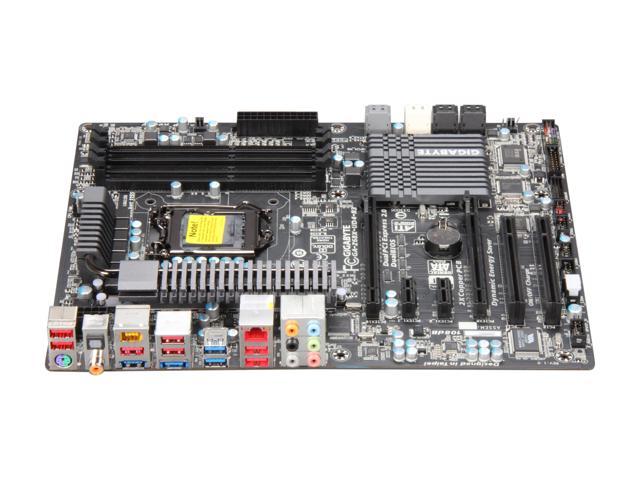 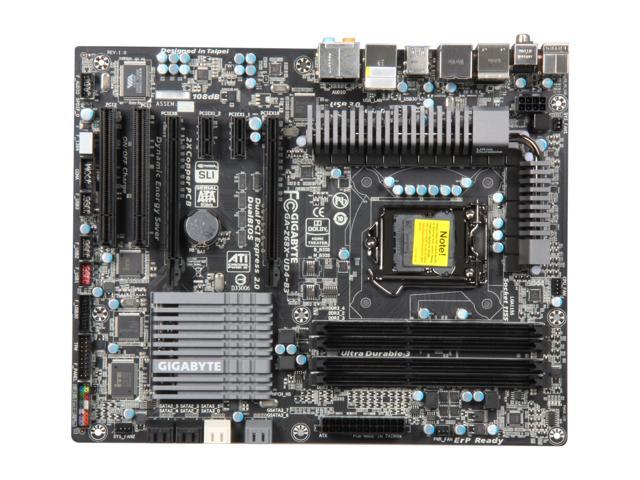 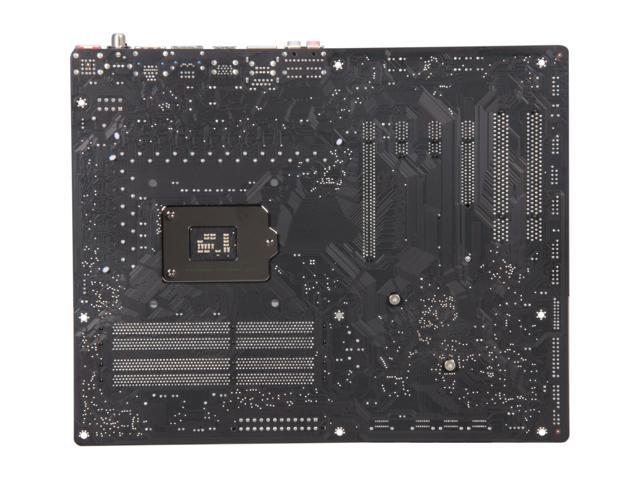 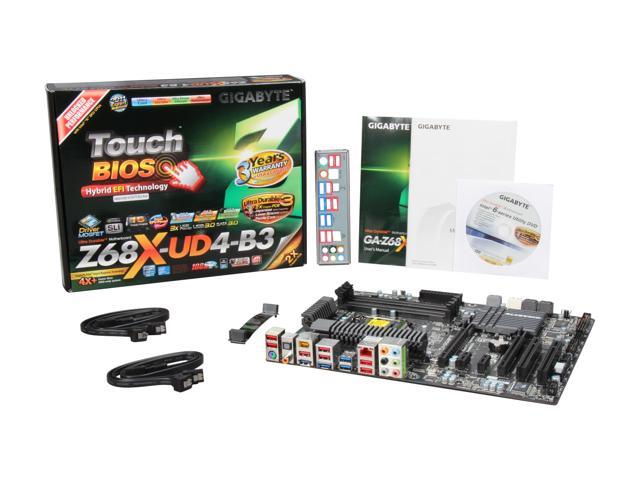 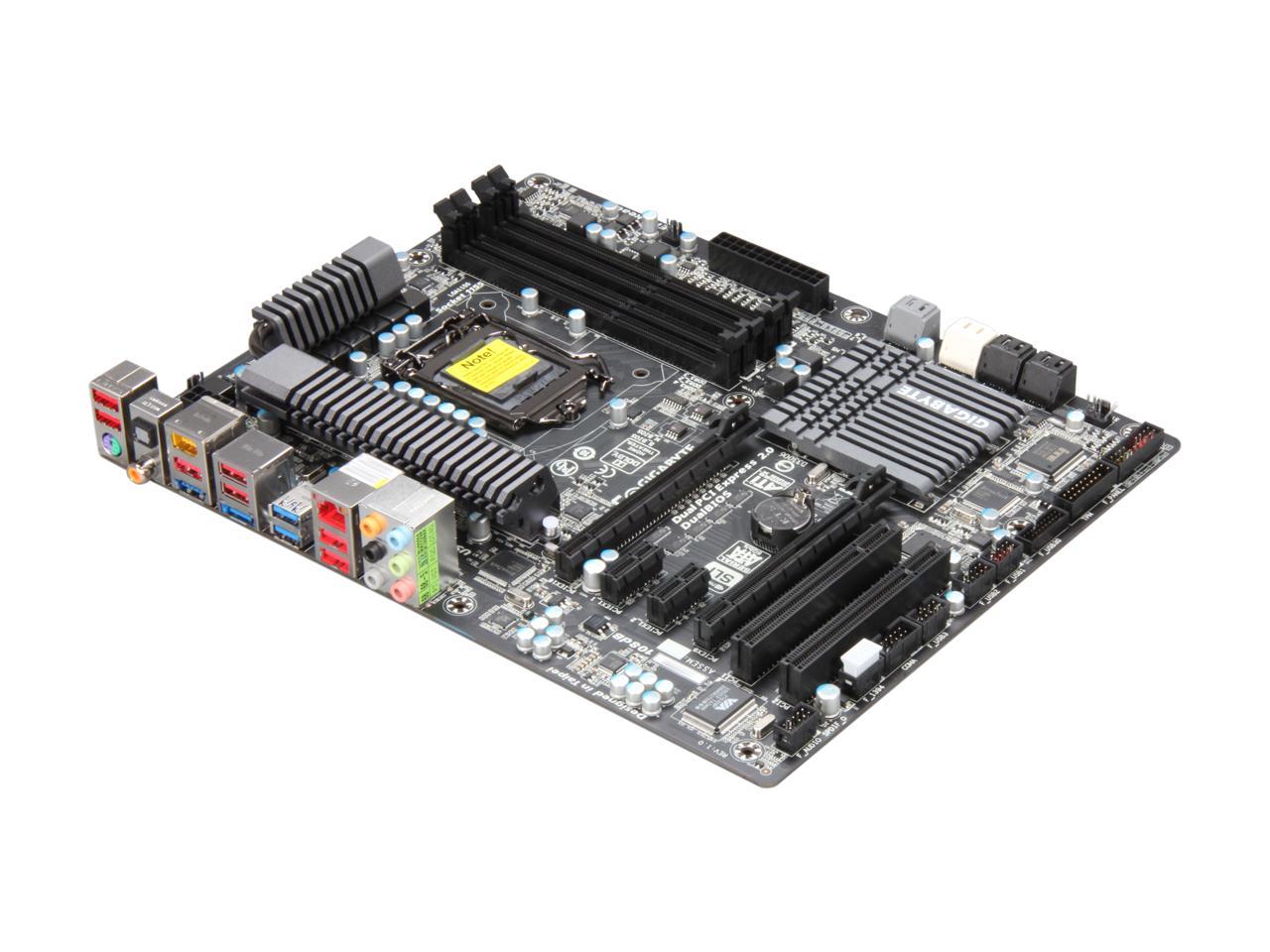 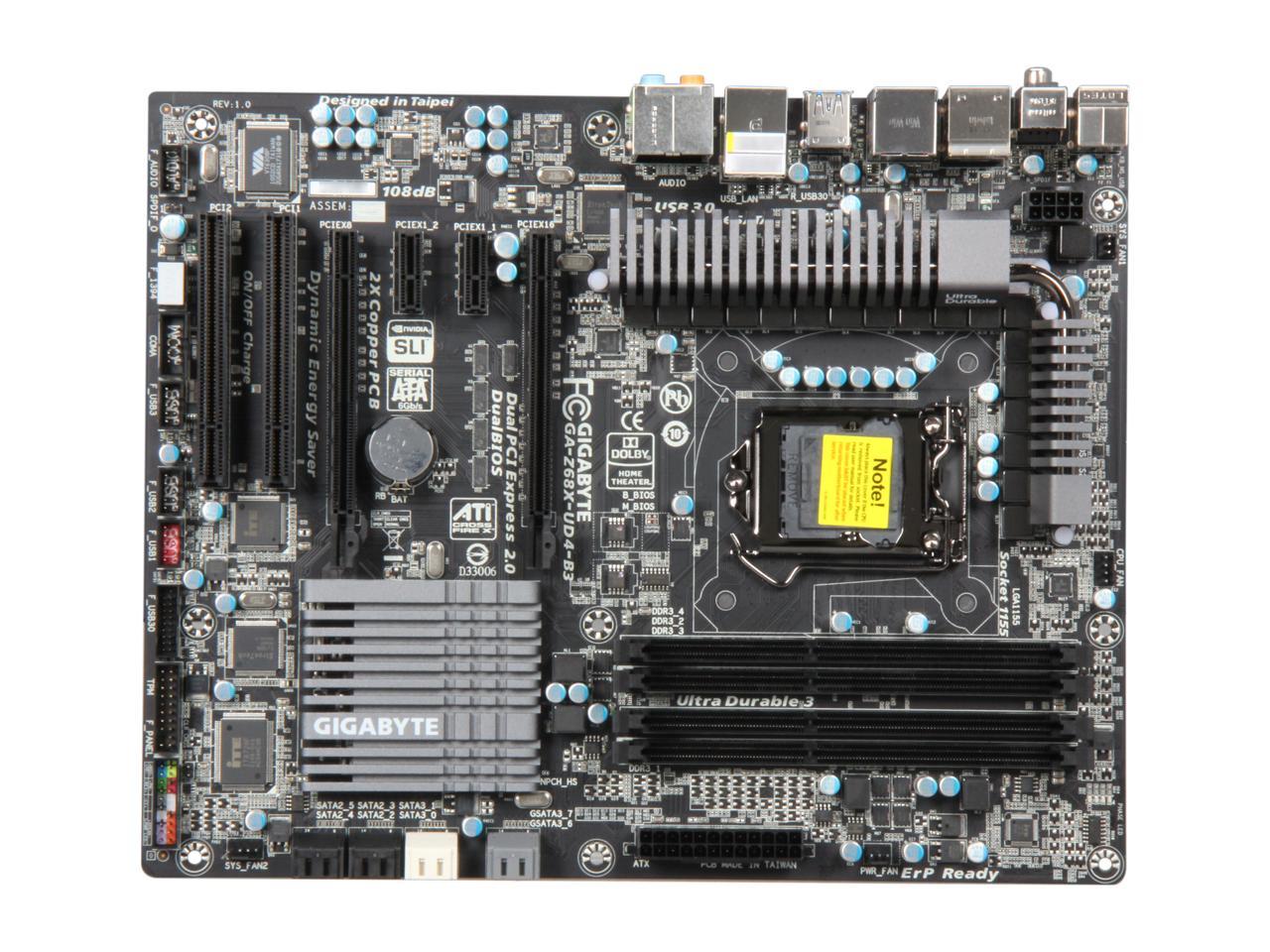 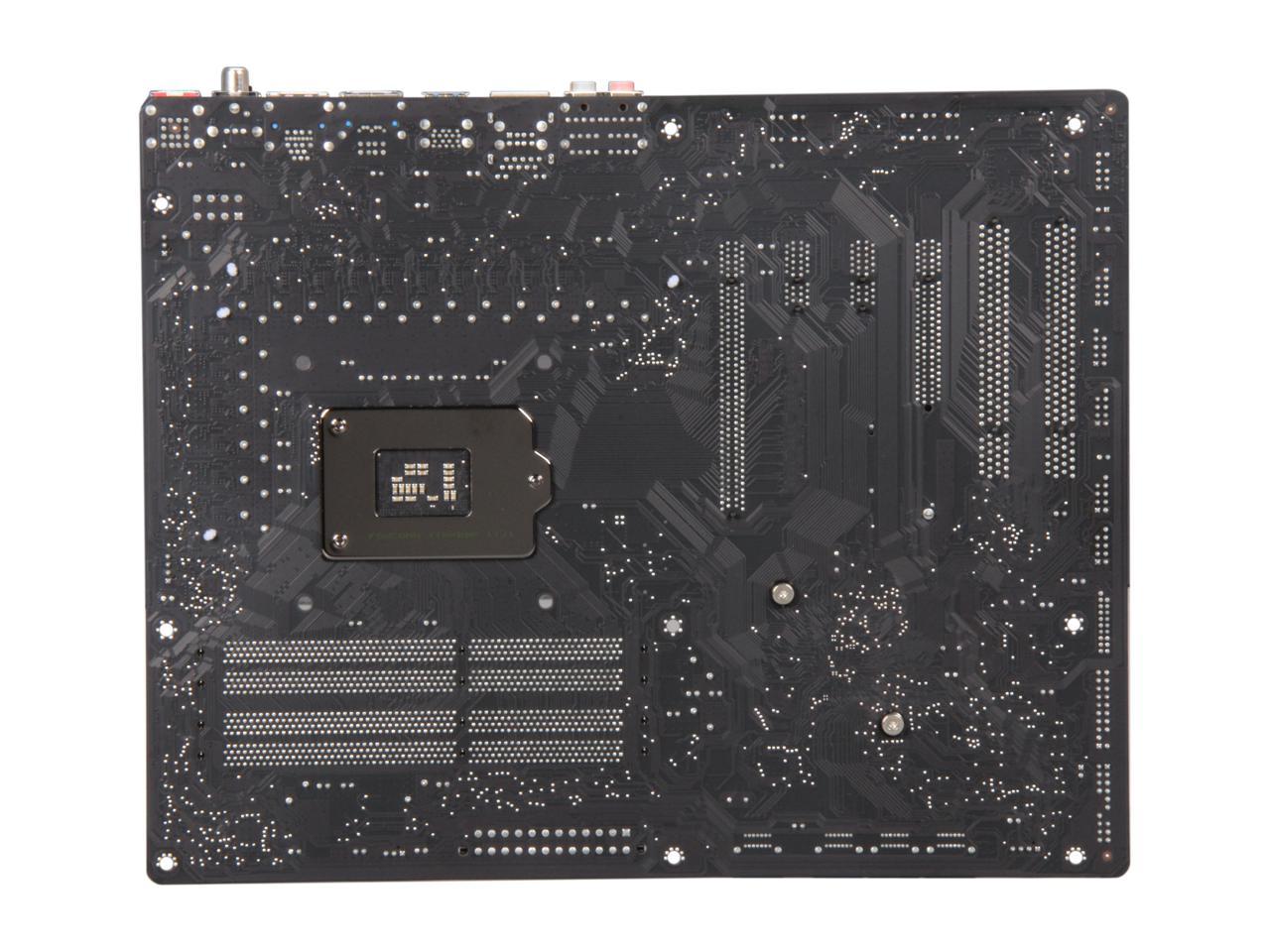 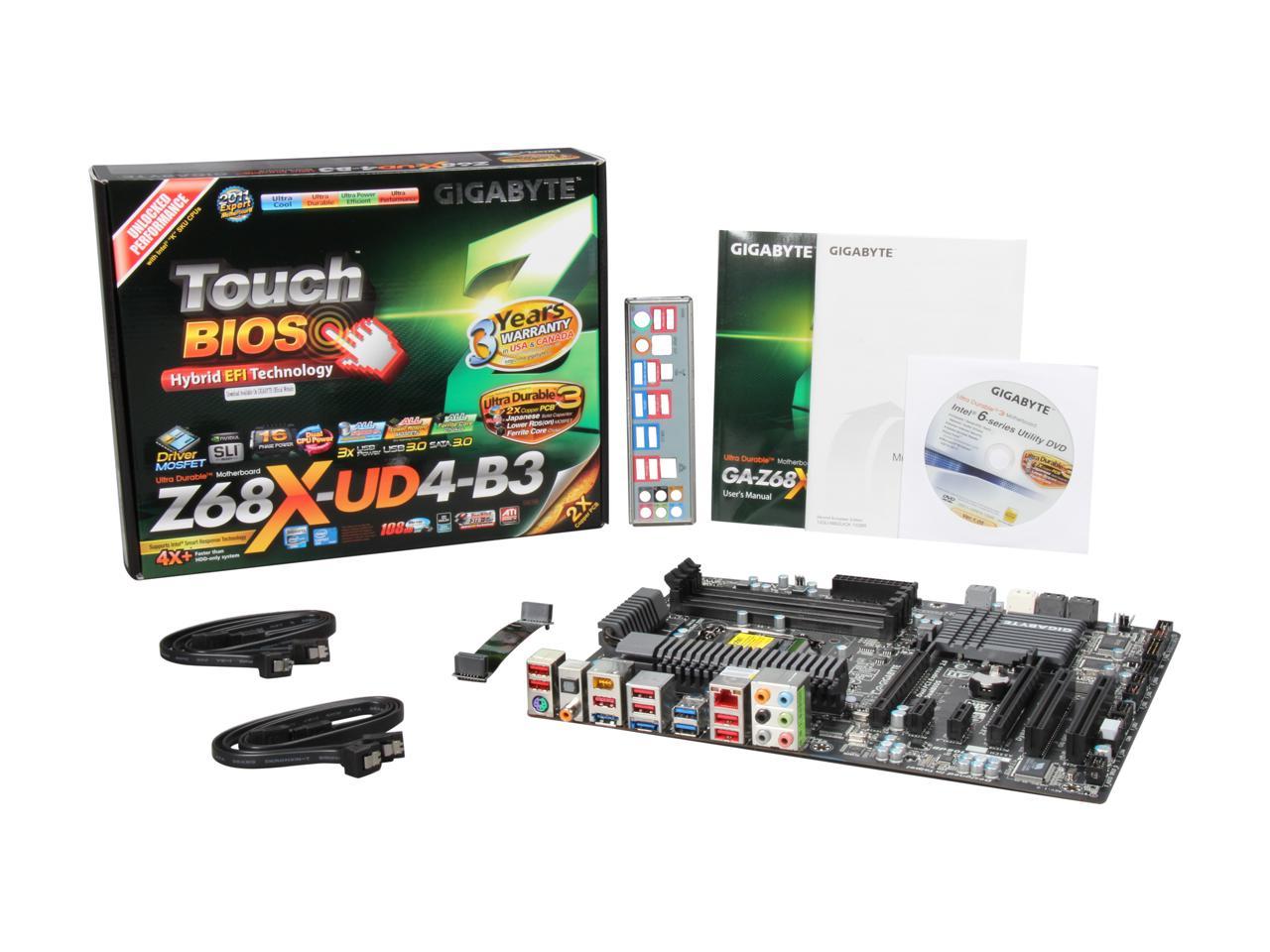 (75) Write a Review
In stock.
Ships from United States.
Overview
Specs
Reviews
Unleash the potential and drive your system to the limits with the GIGABYTE GA-Z68X-UD4-B3 motherboard. Like Gigabyte P67 series, this motherboard provides advanced overclocking features including increasing processor core ratios, increasing DDR3 memory ratios and increasing power and current limits. And now it newly introduces the feature of increasing the graphics core clock speed on Z68 platform for even greater graphics performance.
The Touch BIOS offers you an innovative, brand-new way to modify BIOS setting. Powered by the Intel Smart Response technology, the GA-Z68X-UD4-B3 can significantly improve your system responsiveness like system boot and application startup. The cutting-edge 12-Phase power design and Dual CPU Power technology in combination with new 100% hardware VRD 12 compliant CPU Power Design and Driver MOSFETs provide pure, ample power supply with maximum stability and reliability. An array of premium features, such as Ultra Durable 3 for lower temperature and improved signal quality, USB 3.0 and SATA 6Gbps for fast data transfer, 3x USB Power Boost for plentiful power delivery to power-hungry USB devices, and Smart 6 which offers smarter PC system management, makes this motherboard a second to none choice for your dream system. Best of all, the support for SLI & CrossFireX multiplies graphics performance to deliver the best possible game experience for hardcore gamers.

Learn more about the GIGABYTE GA-Z68X-UD4-B3

Pros: great motherboard being new to SB I didnt know the bios setting very well but its all there just gotta learn it. So far been able to oc my 2600K to 4.8 with moderate vcore. But its just for benching 24/7 use will be 4.5GHz with vcore on auto she likes it that way better :)

Cons: not enough sata 6GB ports on it to run my sata raids but I knew that before ordering it. Still a great mobo. Just wish all sata ports were 6GB

Pros: Easy layout - this is one of the easiest builds I've done to date - setup could not have gone any smoother. Plenty of connections for fans, SATA ports, PCI-e cards, you name it. Includes a boatload of cables and some excellent utilities. This is my first Gigabyte board and I must say it was an incredibly easy build. Paired it with an Intel i3-2120 and that was one of the best CPU purchases I've made so far.

Cons: The driver CD installed some incredibly annoying malware that so far has corrupted internet explorer, prevented Windows 7 from running full visuals, and has been incredibly difficult to get rid of. Watch this when you load the drivers.

Overall Review: I'm only taking an egg off because of the malware issue (grr) but otherwise this is an excellent board and I'd recommend it to anybody. Just watch out when you install the drivers. The rest of the build: Cooler Master HAF 912 Corsair TX 750 Gigabyte GA-Z68XP-UD3P Intel Core i3-2120 16GB Corsair XMS3 1333MHz RAM Seagate Barracuda 320GB Hard Drive Pioneer BDR 203 MSI 24X DVD Player Acer H243 24" Monitor Logitech MX 550 wireless keyboard / mouse Windows 7 Pro

Pros: Second Gen i7 support. 4 SATA III (unfortunately, 2 are Marvell) USB 3.0. Great board layout. Easy to tweak. I am not a fanboy to any mobo manufacturer. I have used MSI, Gigabyte, ASUS, and ASRock. I just pick a board that meets my specific requirements, price and dependability. I have been very satisfied with choosing this board for my most recent build. It has been about 10 years since my last build using a Gigabyte board but the company appears to remain at the same level of standards it did back then.

Cons: I ran into some issues during a USB install. I think this was partially the Vertex3 causing issues. Finally got it to install correctly from USB but still had a lot of freezes and BSODs. I reinstalled via DVD drive on my other Vertex3 and it has been very stable. I didn't give it 4 out of 5 because of that due to other factors that could have caused the issue (corrupted files on USB, faulty drive, etc.) I gave it the 4 stars due to the "Loading Operating System" issue. It was initially taking 3 seconds before Windows begins booting but after updates, it is now taking 30 seconds. I believe this can be resolved by changing boot order to only be HDD and also adding a 1 second delay on HDD. Again, this is probably due to the Vertex3 moreso than the mobo. My WEI is currently rated at 7.6/7.9 without overclocking. I'm going to see if I can max that score after OCing the CPU, RAM and GPU. Disc is already 7.9. Specs: i7-2600K, 16GB Vengeance RAM, Vertex3 SSD x 2, Superclocked GTX46

Overall Review: A reviewer below mentioned that the primary PCIe x16 slot is reduced to x4 when both Intel SATAIII ports (0,1) are used. This is not true! It is likely that the reviewer misconfigured CMOS settings to cause this. I am running two Vertex3 drives at full speed on the Intel SATA controller's SATAIII ports and my GPU is still running full speed at 16x. I am also a bit confused by the reviewer who said he was mislead into thinking this board would support "three 6Gb RAIDs configured" The Intel SATA controller has 2 SATAIII ports and the Marvell has 2 more. I'm unsure how someone would come to the conclusion that three RAIDs could be configured with only 4 ports... It could be done with the available SATAII ports but those are not 6Gb.... As far as boot issues when both controllers are using RAID, I can't say because I avoid Marvell controllers when I can.

Cons: Z68 board without Virtu...therefore it cannot utilize the built graphics of the Sandy Bridge. I was mislead by reviews others and was under the impression that it had capability of utilizing SB's built in graphics which is not true. It has SSD caching which is not all that great of a feature in my opinion.

Overall Review: Great board if you just want the SSD caching, but look else where for a Z68 with Virtu. If you don't care for the Virtu or the SSD caching then a P67 would do well for the price and ability to overclock.

Cons: Here's the issue: When power option is set to never shut down, the computer locks up sometime after 3 hours. I have to continually reboot the system to get back into it. Neither the mouse nor the keyboard will function - no lights on either to indicate they are alive. I am going to return the board and see if I can get an MSI board instead.

Pros: A very nice board and at a better price too.

Cons: Only most newer computer cases have more cooling fans than before and require more connections on the Mobo's, which this one could use. I agree too that the SATA connections could be plugged at an upright position instead of hiding behind the Mobo platform which makes it difficult to build.

Pros: Worked well for a month.

Cons: Like the other reviewers here, google "gigabyte z68 boot loop". There are long threads with other users with this problem. The board will work fine for a while, but at some point it will stop posting and be stuck in a continual boot loop forever and ever. Some people end up getting out of it, others are still stuck. I reset my CMOS, unplugged all power, but no matter what I do my computer will just show the touch bios graphic, then reboot...over and over again.

Overall Review: It's unfortunately too late for me to RMA with NewEgg otherwise I would have. I'm hoping it will somehow resolve itself, but I'm not holding my breath. I'll probably have to RMA with Gigabyte to get this problem Fixed

Pros: the oc software that is included with the mobo easily oc'ed my I5 2500k to 4.0ghz with the touch of a button and oc'ed my ram also to an 1800mhz, the board is made of solid material and looks to be quality all the caps are big and sturdy along with the nb cooling.. it easliy fits both of my gtx 460 video cards and runs it in sli with no problems.. doesnt block any ports or something important like my asus board did (2nd card covered up both sata III connectors)

Overall Review: for the price this is a great board and good quality so im hoping it will last a long time. the bios seems to be a lil outdated when compared to the new asus bios. but if your new to the oc scene this mobo will set all the correct values with just the push of a button, and my rig has now been running stable @ 4ghz for a week strait now..