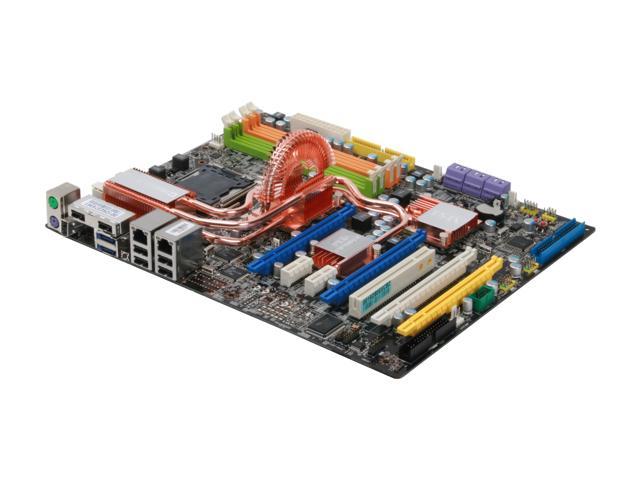 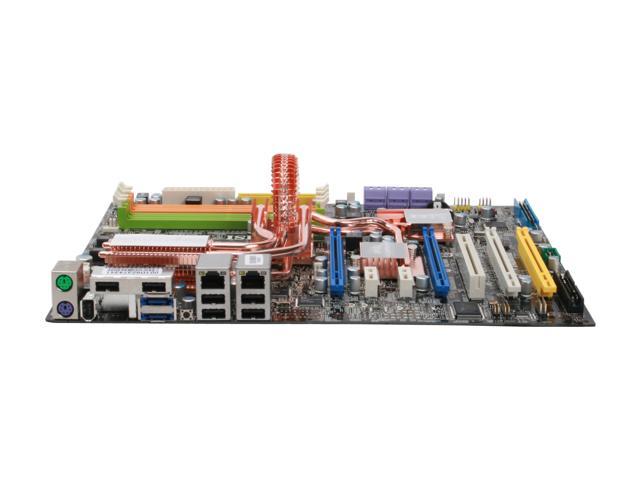 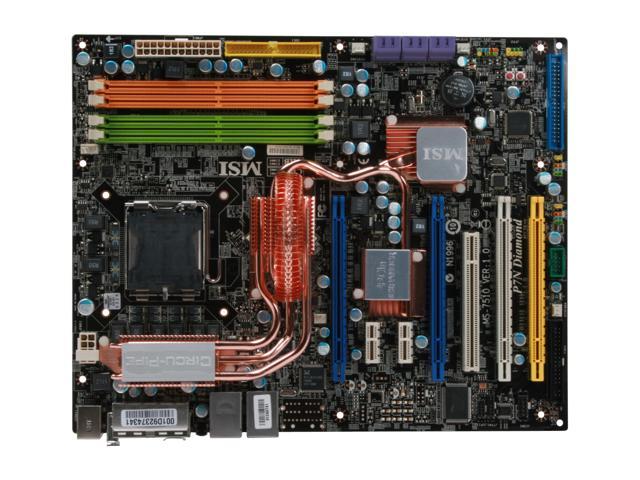 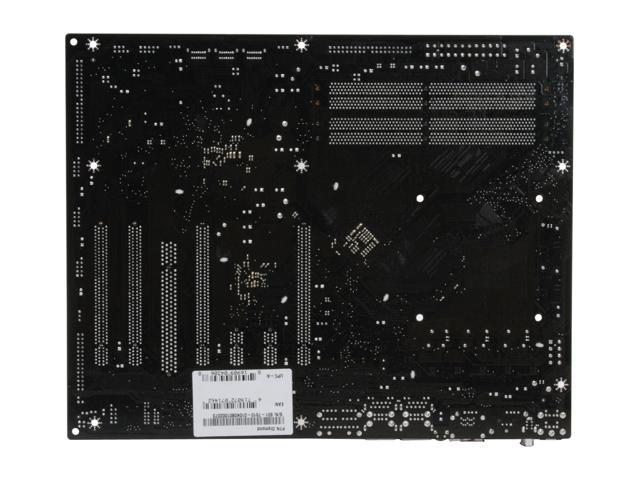 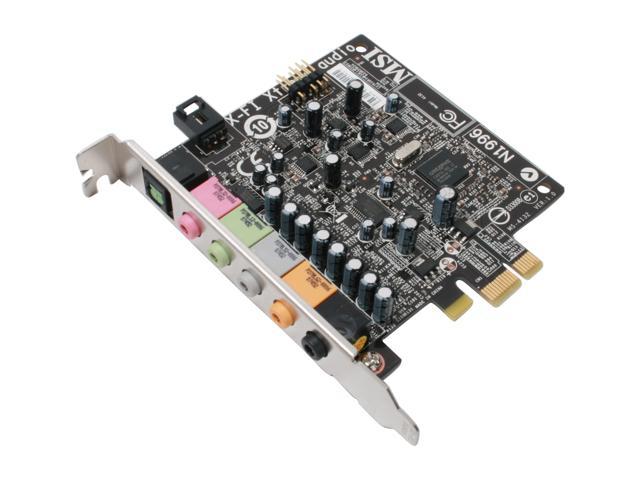 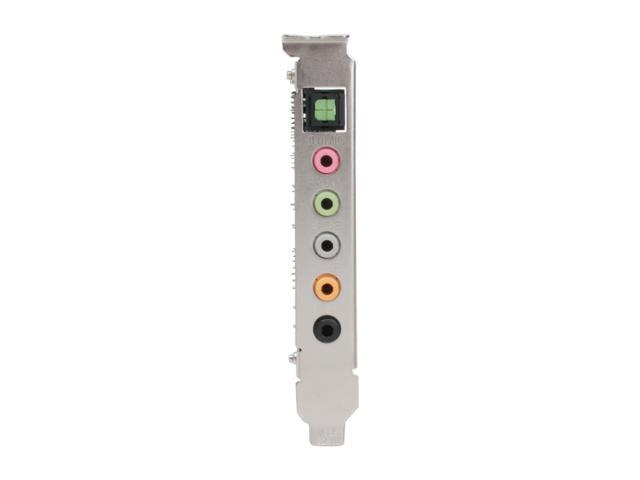 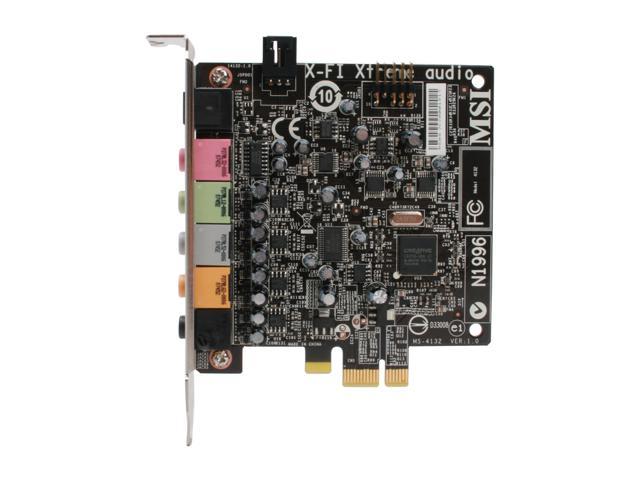 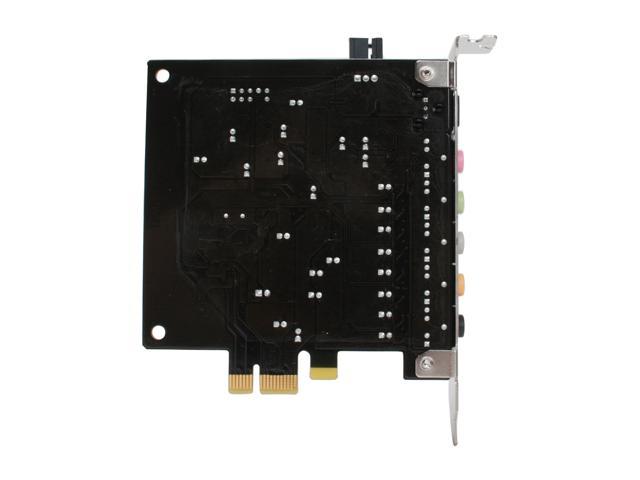 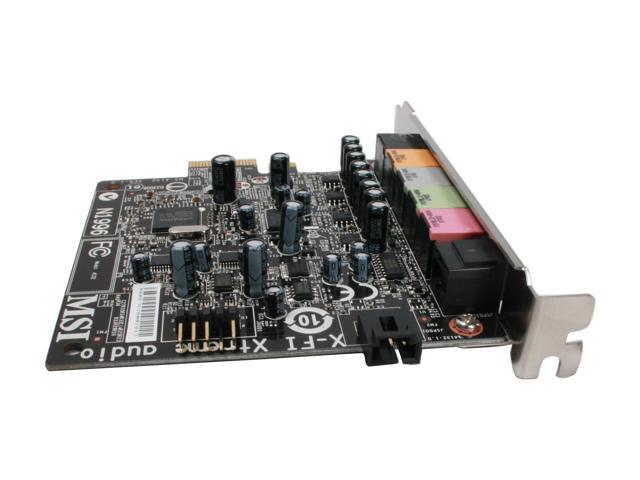 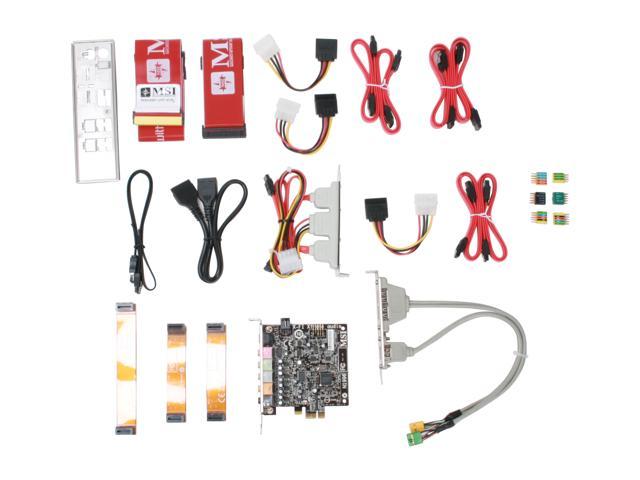 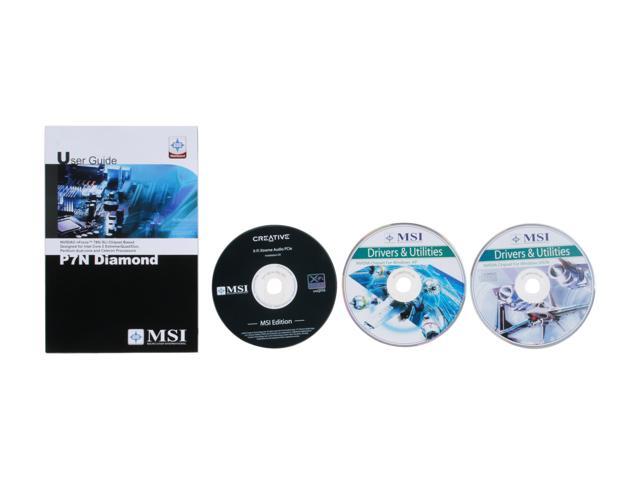 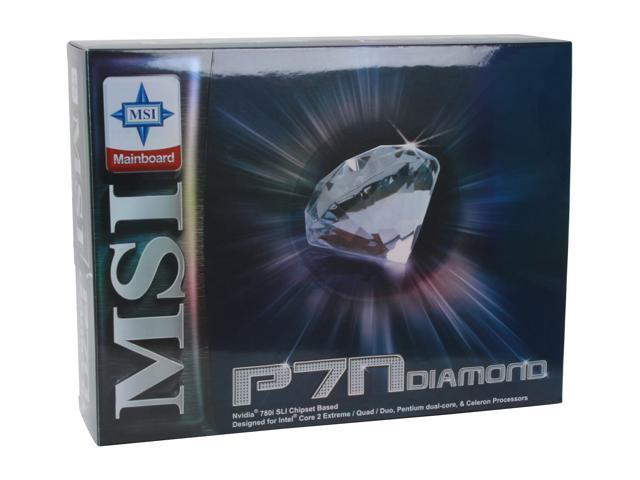 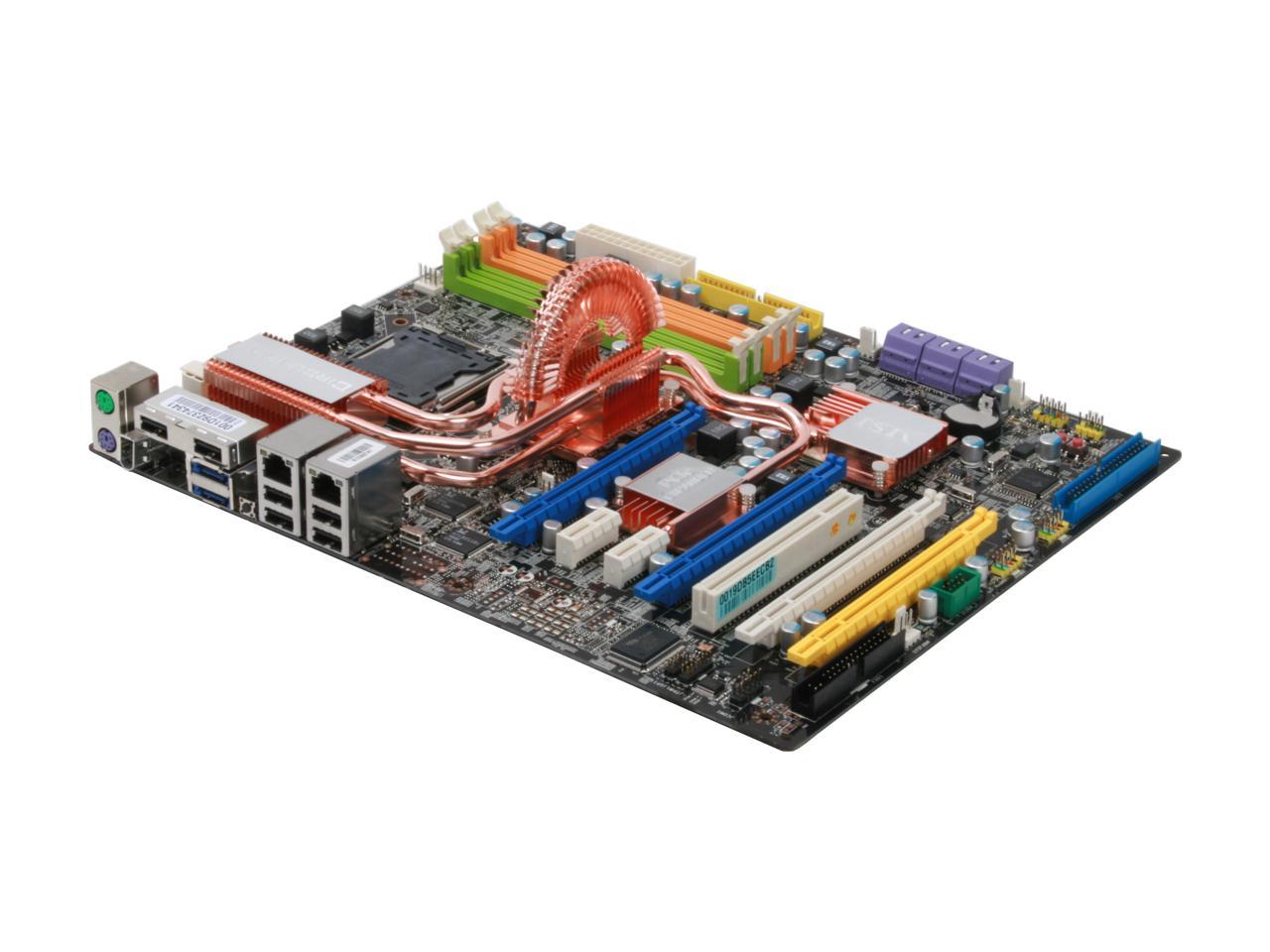 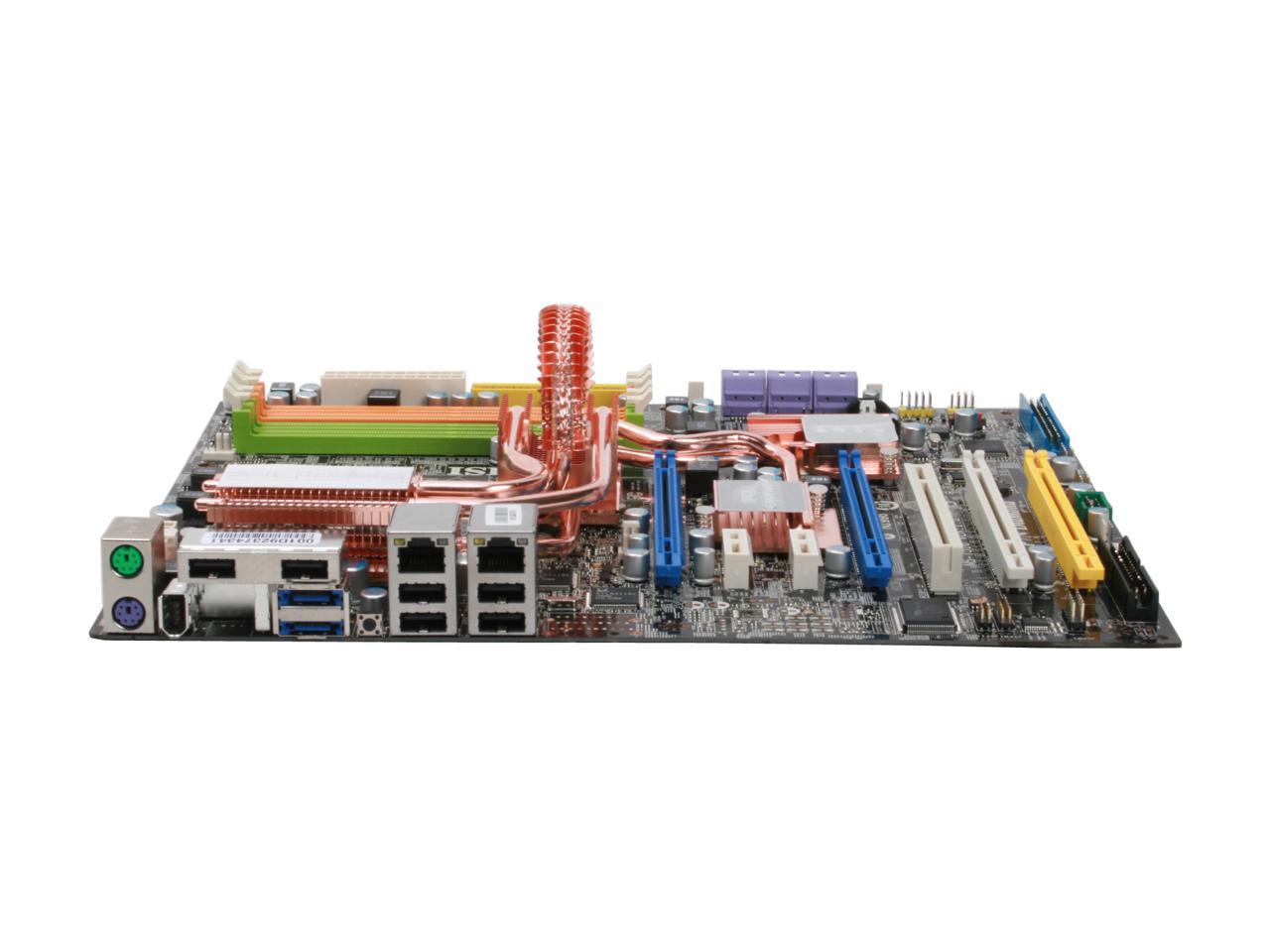 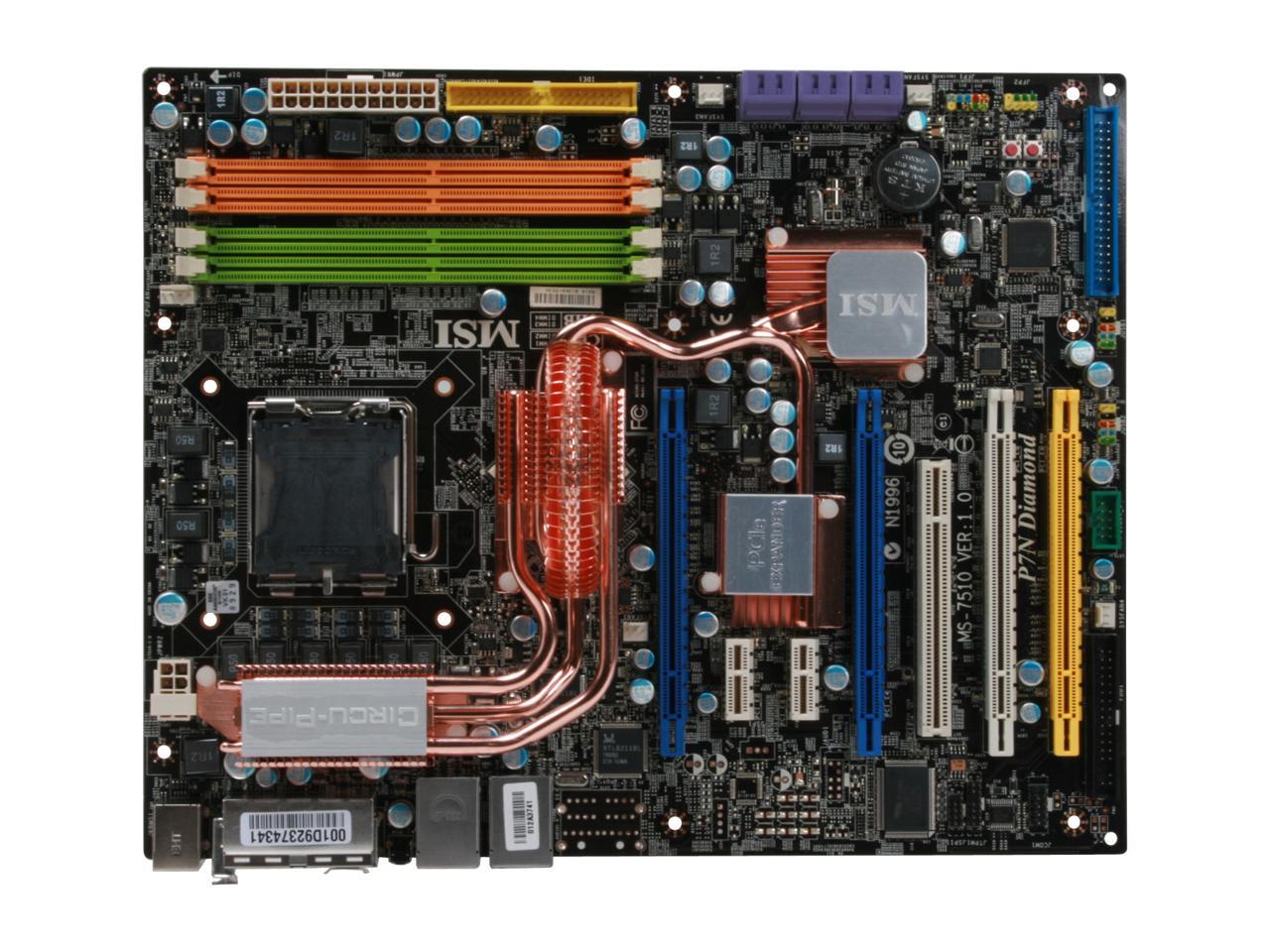 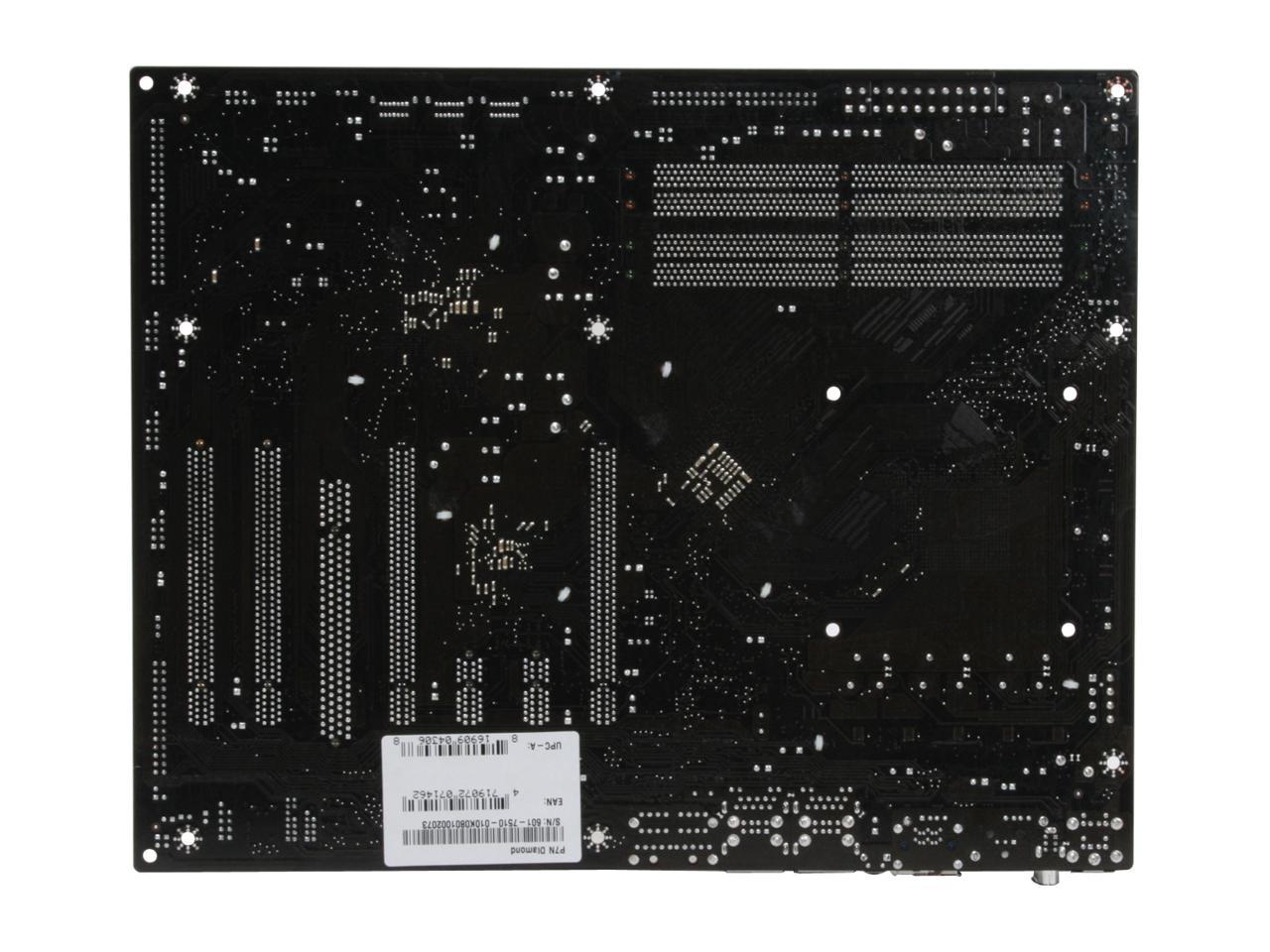 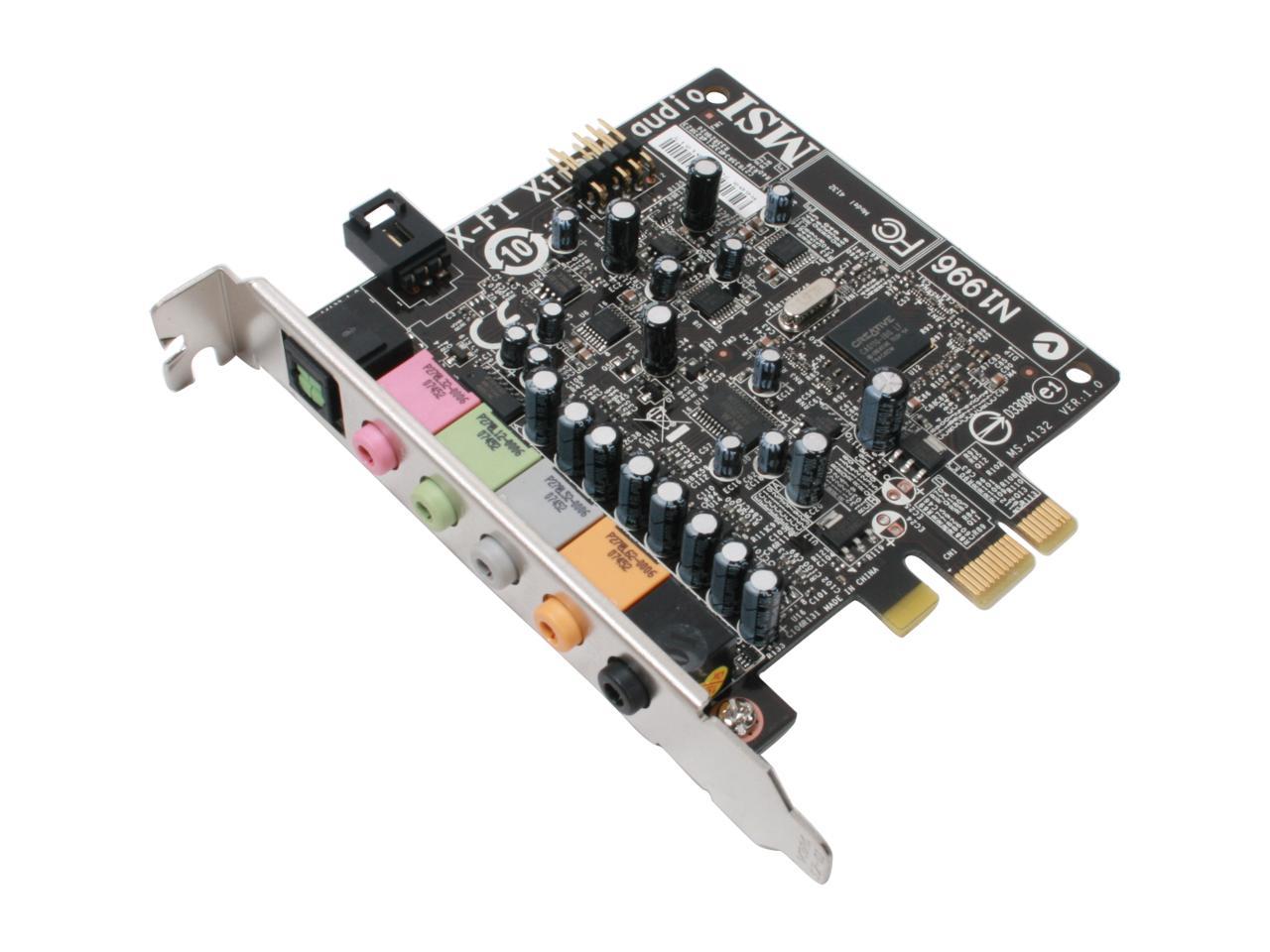 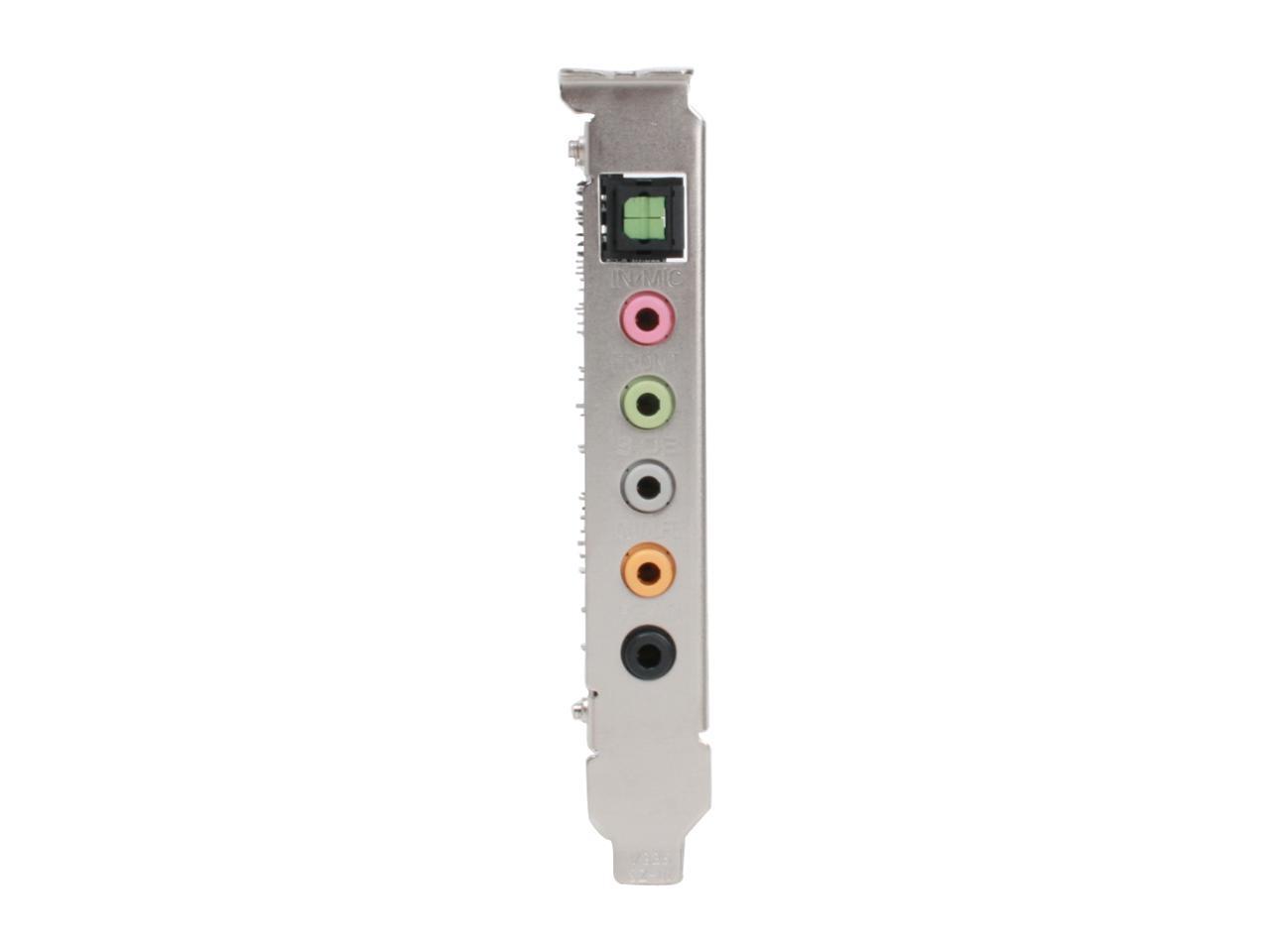 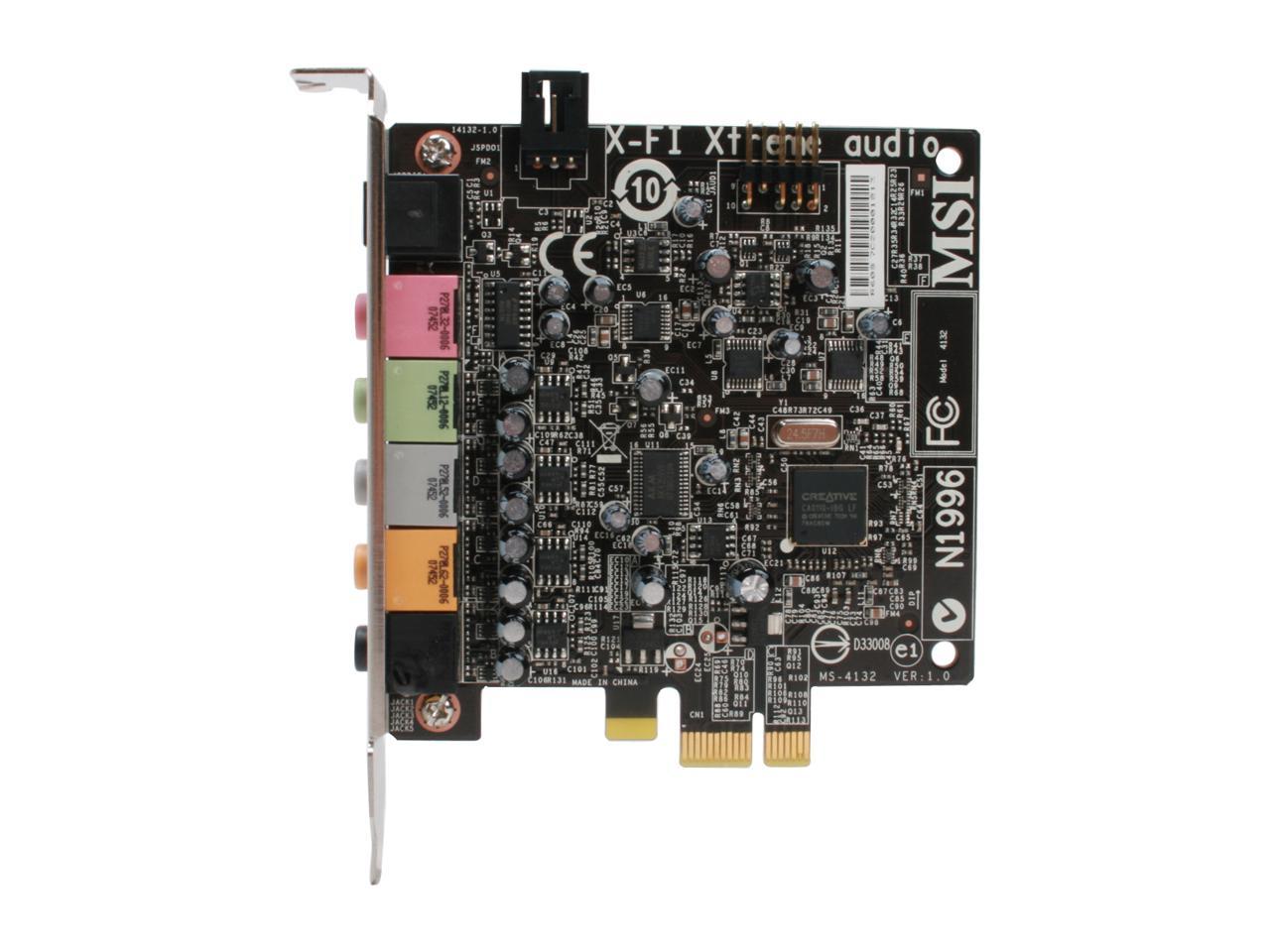 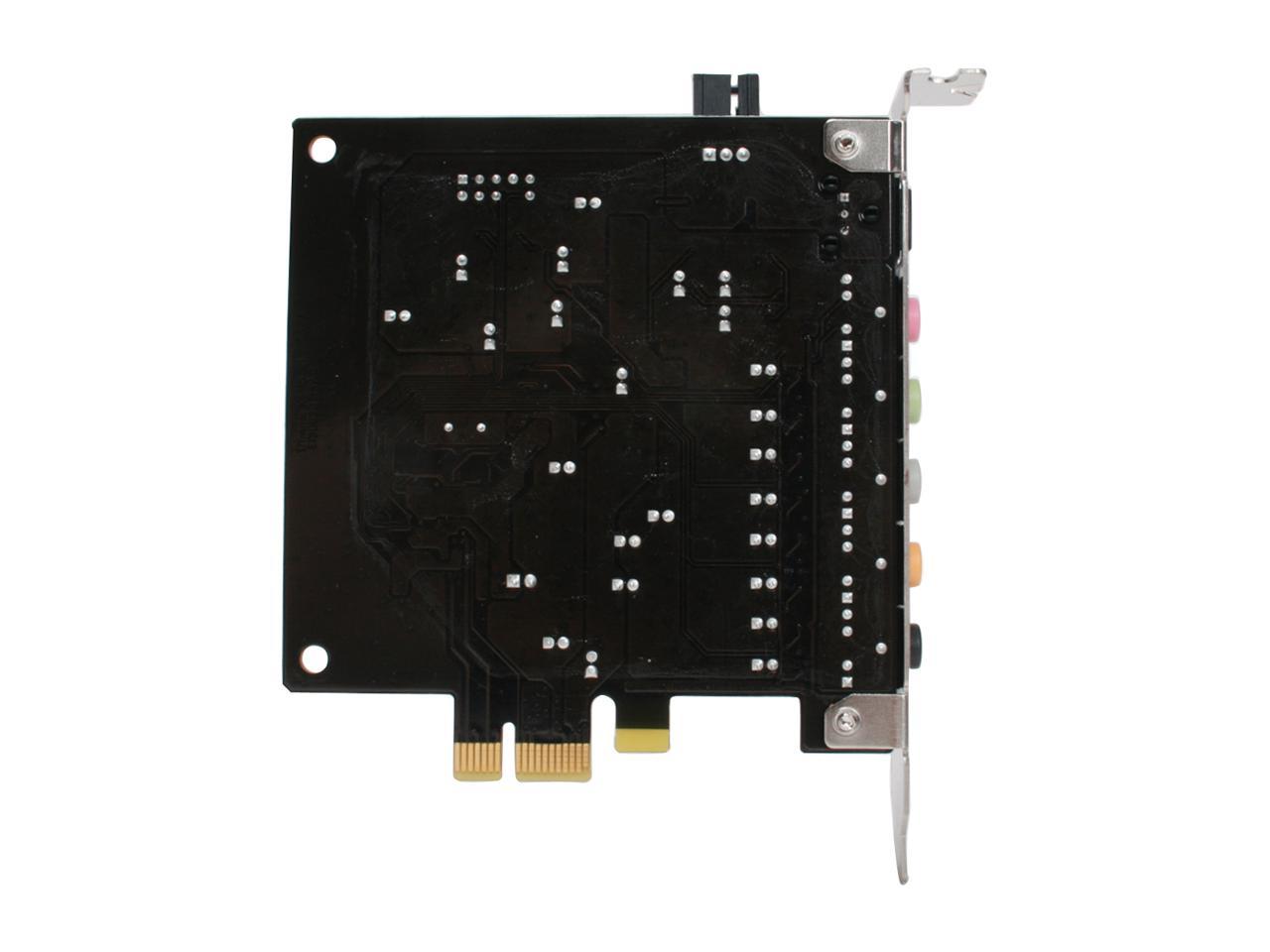 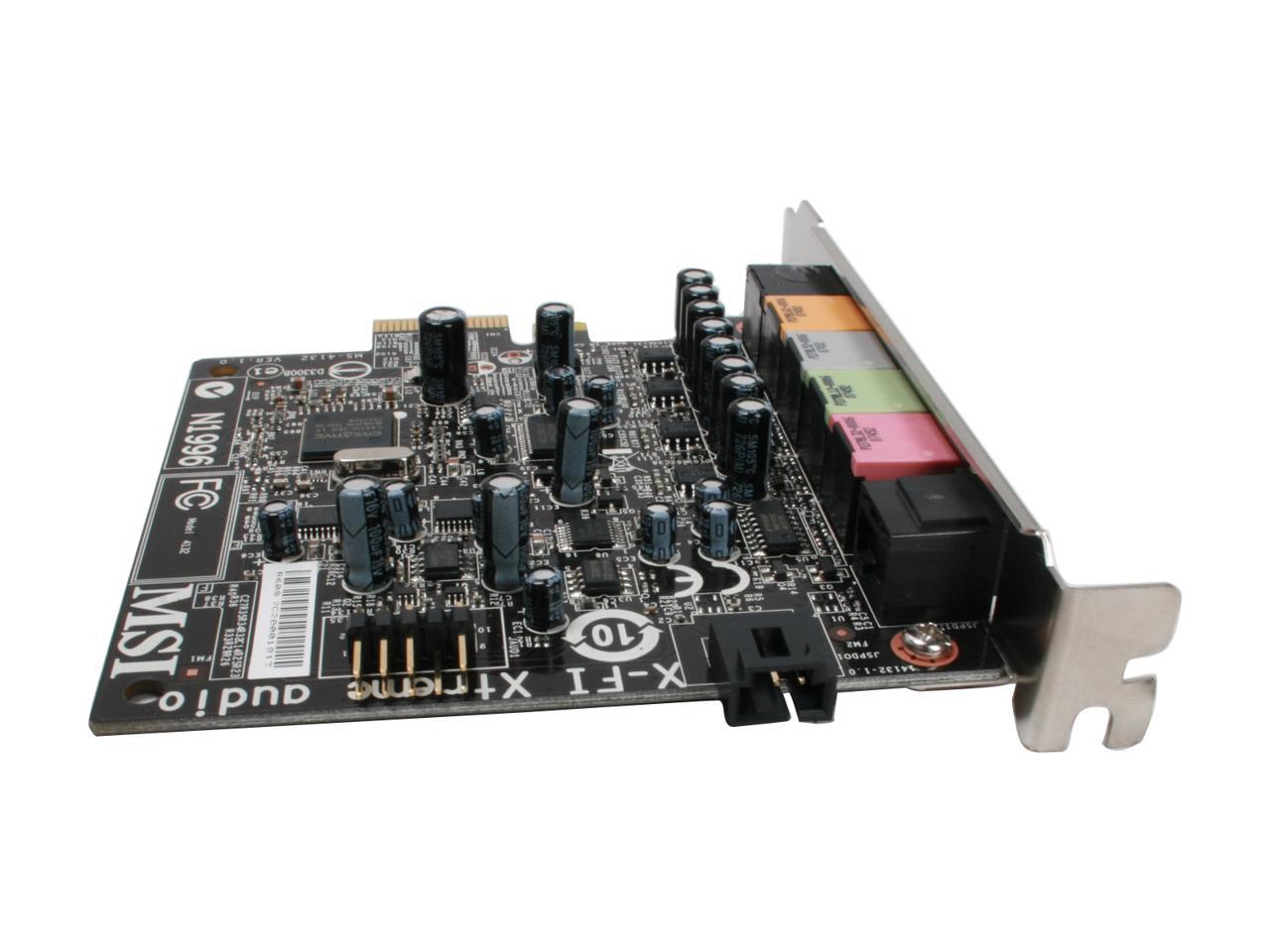 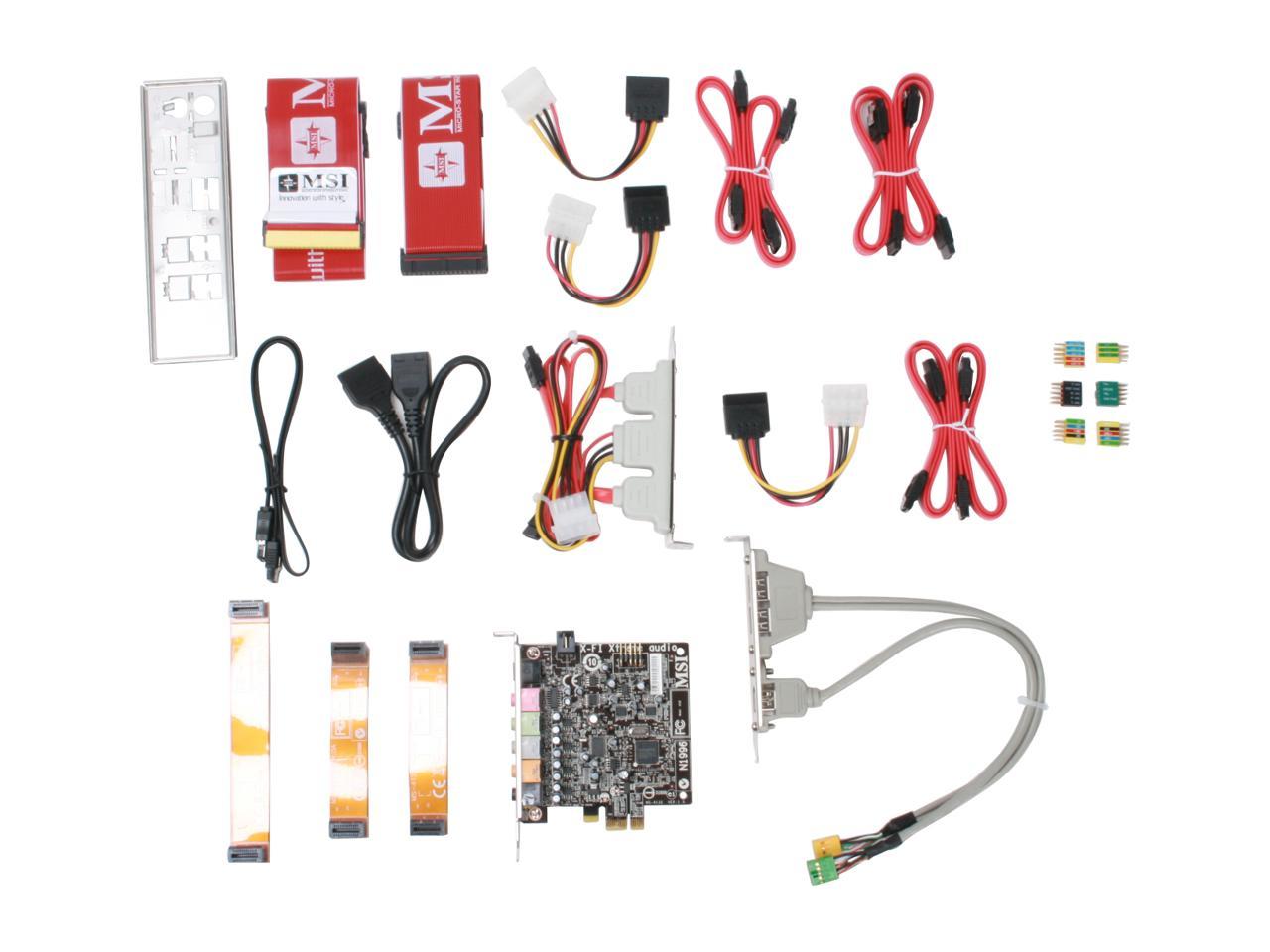 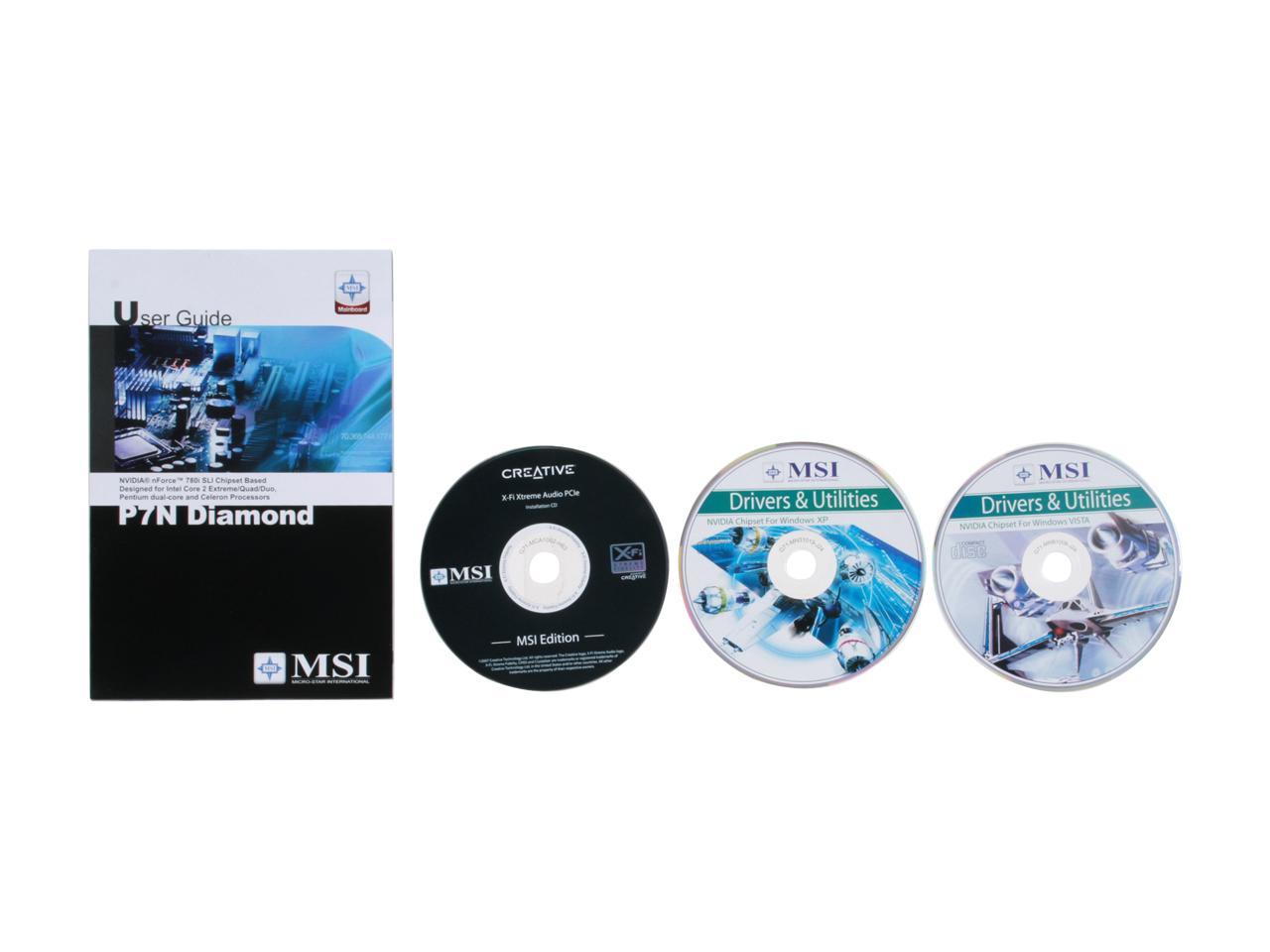 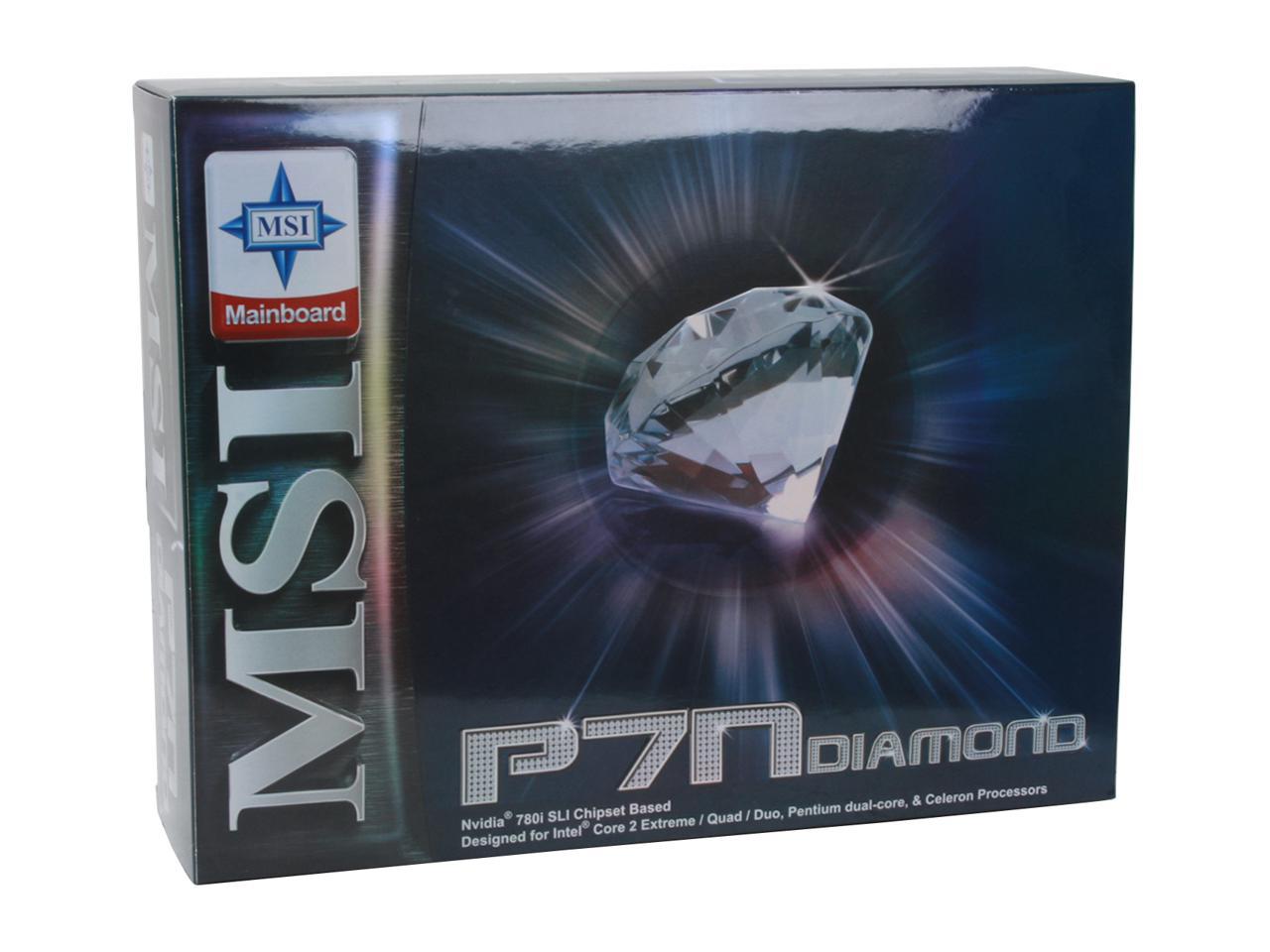 (125) Write a Review
OUT OF STOCK.
Overview
Specs
Reviews

Pros: Booted right up out of the box, benchtested w/a stock Intel cooler. Board ran a e6750 2.66 easily at 3600mhz, also all the CPU multipliers (6-7-8) ran perfectly. Had 470fsb at 6 multiplier no problems. The board is well made, accessories are excellent and it comes w/a Creative X-Fi card. Has an external Cmos button and reset and power switches on the board..sweet.

Pros: - Solid state capacitors and an advanced PWM system means that this board should avoid the long-term reliability issues plagued by the reference boards. - It's the only 780i board on the market to include eSATA out of the box, and the included PCI-E X-Fi daughter card is better than alternative on-board sound solutions. - It's very easy to recover from a bad overclock, thanks to a reset CMOS button on the back panel. Cycling the power switch four times will also reset the BIOS to default settings. - Unlike other non-reference 780i boards, this one will cooperate with your components out of the box and is an able OCer. I'm at 3.6ghz stable with a Q6600 G0 and 4 gigs of RAM, and have benched as high as 4.05ghz. This is extraordinarily hard to accomplish with the ASUS boards.

Cons: - BIOS voltage are a bit cryptic. Overclocking may not be as easy (at the moment) as on the reference boards, but great results can be obtained with a little work. - No lead poster or equivalent, so if there is a problem, it can be harder to detect. - Early BIOS versions have known problems with 45nm chips. If you plan to pair this board with a Penryn, please do some research to ensure you won't have a problem.

Overall Review: Choosing a 780i board is a dilemma of trade-offs. If SLI is a factor in your setup, you're limited to an nForce motherboard. So what do you do? Get a reference board that will OC easily, but accept the very real risk that it'll fail in three to six months due to NB burnout, possibly taking your RAM with it? Or do you get a non-reference board w/o the long-term reliability issues, but then have to worry about it working out of the box and the chance that it will kick and scream when you try to OC? The P7N Diamond is the first 680 or 780i board I've seen where there really aren't compromises. Great materials will translate to superior reliability, and the P7N is already a proven OCer. Sure, if you're not going to go SLI, there is absolutely no reason to consider an nForce motherboard. But if you are, the P7N is strongly worth your consideration.

Pros: Board supported everything I installed from the start and even gave correct boot error when I did something dumb like have a wire trapped under my GPU :( Vista drivers worked well for all board parts except my 8800GTS and the X-Fi sound card, which was corrected by using the driver disks. Everything else besides that was rock soild and stable. After a breif search online I was able to fix the multiplier problem with my q6600 and have it running stable @ 3.0 with 30c load temps with a board temp of 45c. Everything stays nice and cool with all the copper on this thing which is a ton! Board layout is by far the best I have ever seen with the ablity to select where to place your cards best given the space three can take up. My 8800gts fit great in the first slot with the sound card right under it no problems! Ram was easy to OC as well and the auto settings picked up my correct latency with just a change of volts!!

Cons: Can't even say price here since it's loaded with features and features don't grow on tree's. One problem I have ( wow really minor, but it's such a great board it's hard to find one ) is that the SATA ports are in a reverse order from what i'm used to working with. The top one's are 5 & 6 while the bottom are 1 & 2. A pain to change once all your gear is in.

Overall Review: Board has every feature you want, so why settle for other boards that don't an E-Sata or dual lan's? I don't understand people buying an X38 set if they run non AMD cards with it since you can't run SLI? Don't be silly like the rest and get one you can SLI your 8800 or 9 series with! Great sound! My Zalman 9700 seems built to fit this board and I didn't have to do any modifications. The other guy's with corsair problems I can't say much about, but my Corsair 6400 c4 ram runs great overclocked and scores a 5.8 on vista. I was able to boot with 4 x 1g of Ram and good thing I did since it's tight getting to the RAM with my GPU installed. Make sure you put all your RAM in before you put in your first GPU into slot 1 else pay for it later. Get this board, you'll love all the features and it will put an instant smile on your face when you boot up the first time with a very stable bios. IMO this bios is the best I've seen shipped with a new board like this, newbies are Welcome :)

Pros: Easy overclocking, 2 custom bios profiles you can save to (makes tweaking easy and foolproof), latest v1.1 bios fixes most of the complaints you read about in the 1.0 bios (although 1.0 worked fine for me, new version gives actual values for overclocking instead of arbitrary ones, plus if you're using alot of USB stuff v1.1 initializes it much faster, i.e. faster bootups). I'm running dual 8800 GTS cards in SLI, an Intel e8500 CPU (overclocked to over 4Ghz) with 4GB corsair dominator memory all without a problem (if you're a Vista user you'll love that it auto recognizes all the hardware). Vista 64, Vista 32, XP Pro SP3 all installed without a hitch (I have a multi-boot system). The cmos clear button is a must have for overclockers, and the SoundBlaster X-Fi Extreme Audio works fantastic (I was suprised). If you want to stay away from DDR3 (because DDR2 is so inexpensive compared to DDR3, with little benefit to it right now) you have found the right board, clean layout and pretty too!

Cons: The placement of the floppy drive connector is puzzling, probably the only thing about it's layout I didn't really like (although it worked out OK for my build, I just ordered a longer than normal round silver cable that could be routed nicely in my Lian-Li case). Non standard values given for some of the SMB stuff (like the 12V for example) makes using 3rd party software (like SpeedFan) more complicated to set up, but not impossible.

Overall Review: The 2 e-sata ports in the back PLUS an included bracket that will bring 2 more (plus power - wow!) is an excellent feature for those with large raid/storage requirements, nothing is faster than e-stata for an external drive/device. If you like to do RAID stuff this board is highly flexible (even allowing you to include IDE drives with sata/e-sata drives in your RAID build, Amazing!). If you're an avid overclocker the MSI support forum for overclockers is awesome, they even make special bioses for the hardcore overclockers (you should be highly competent before playing with custom bioses though, don't say I didn't warn you). The automated driver/bios update software is a nice touch (although it doesn't support Vista 64 at this time you can use their web based version until it does). Not enough review space to go over all the features of this board but suffice it to say there are alot, and they all work great. :-)

Pros: I previously reviewed this board and gave it a poor rating. After doing some research and guessing I have found a work around for us owners of the Q6600 in relation to this board. I had same problems with the constant reboots upon loading vista 64. First of all before you load up the OS you must go into the BIOS and overclock the CPU. Stay w/the multiplier of 9 and raise the speed to 333 which will give you a processor speed 3.0 instead of 2.4. Raise your FSB to 667 which gives it a 1 to 1 Ration. Your memory timings should be 5-5-5-15 and rate of execution(2T). Initially I recommend you just use 1 stick of memory until you load OS. This board is running sweet in fact I am typing on it right now. Put it through some tests with my 9800GX2 and no problems.

Cons: MSI claims that they tested this board with the Q6600 and and gave it their stamp of approval which I don't believe. Why didn't they state that you had to overclock the CPU before loading the MOS?. Anyway I installed and restalled 4 different times to make sure and there were no problems. Basically this is a very good board w/alot of good features and they supply you with more goodies than you need. But whats up with the flat ribbon cables, 2 years ago the K8N Plat came with high quality rounded cables.

Overall Review: Overall this is a good board. Not a extreme overclocker's board but it will easily overclock. Would have gave a 5 star but I feel MSI kinda "mispoke" or held back about this board

Cons: Worked for 3 months so I had to RMA the board. I sent it in and got it back with half of the heatsink missing and the board looked pretty mangled. I called MSI and they said they would send me a shipping label. I never heard back from them. I called back a few weeks later and sat on hold for an hour. That happened a couple of more times. When I finally got ahold of someone they hung up on me. I called back again and someone said that they would send out a heatsink. I have yet to even see that. I also sent a couple of emails that they never read, apparently. Now I have a $250 paperweight sitting at my house. The lack of bios updates is also a good sign as to the way that they run a buisness. Also this board never clocked very well, my ram neverran at its rated specs and I never got proper bandwith results. This is all hardware that is running great on another board.

Overall Review: MSI has the worst customer service that I have ever delt with. I will never buy another MSI product again. Avoid MSI like the Plague!

Pros: hmmm none. I bought it from newegg

Cons: 3 boards DOA sent the third board straight to MSI. MSI will not honor their warranty said that there was a scratch on the edge of the board so it was damage and did not qualify for their warranty.

Overall Review: If it says MSI on it run from it like it has the plague. There are alot better boards out there. don't get burned like I did.

Pros: Worked right out of the box with 8gig ram, QX9650 and 8800GT's in SLI. Absolutely no issues, running Vista 64. Excellent layout, very good included audio (although I don't use it).

Cons: Heat pipes (I hate all of them), although the MSI Circupipe seems to do a much better job than the reference boards setup.

Overall Review: The MSI worked right out of the box and has been a dream since putting it in. I HIGHLY recommend this board if you are an Intel user and need SLI.