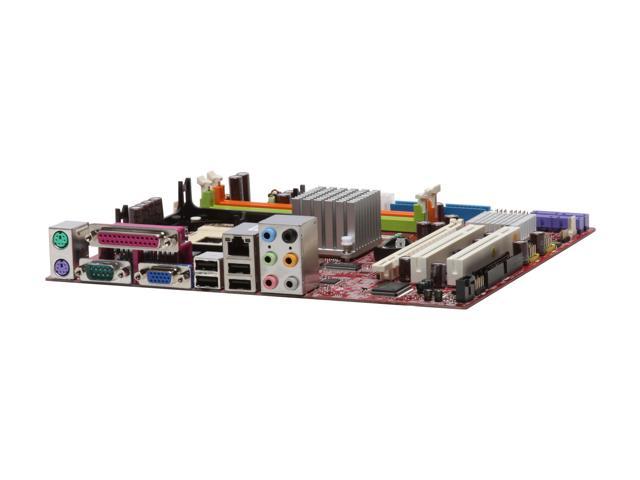 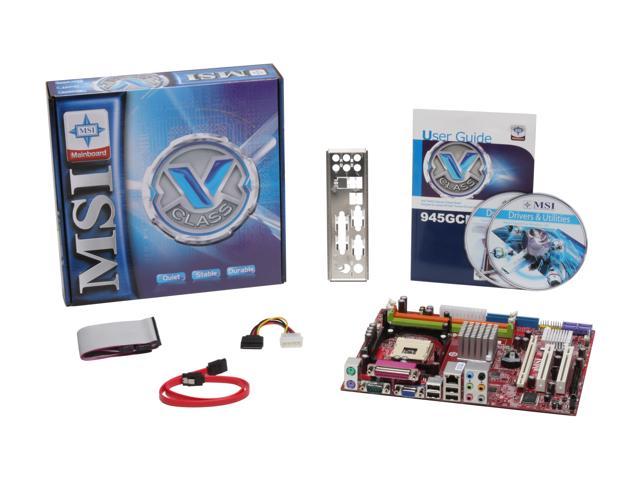 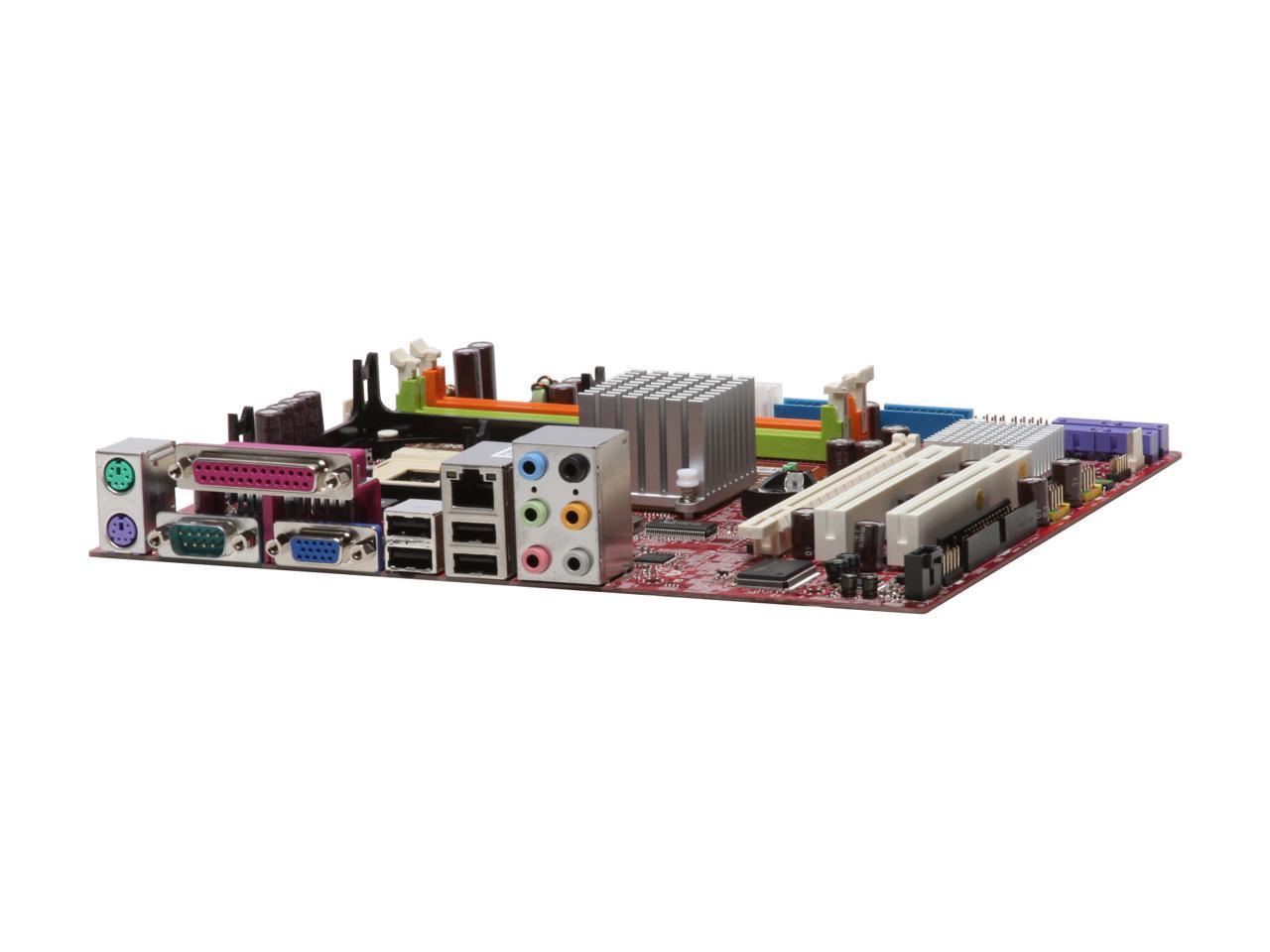 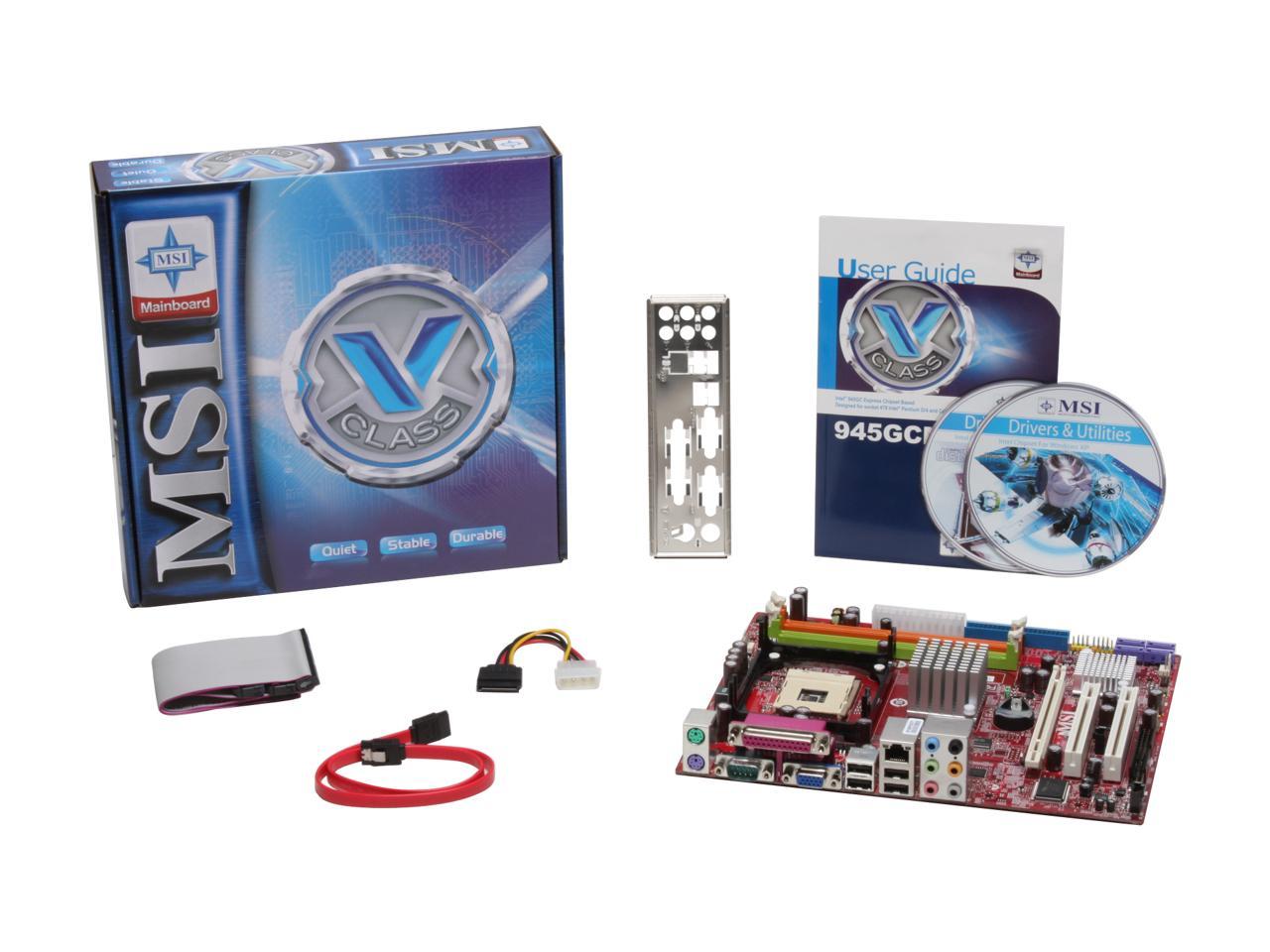 Pros: Excellent Socket 478 replacement board supporting some newer technology like PCIe, SATA II and DDR2. This thing has some excellent performance and works great.

Cons: I can't seem to get this thing to use my DDR2 667 RAM @ 667! It seems to want to use the RAM chips @ 533. Oh well, it's still faster than the DDR 400 my friend was using before. Also, I don't know why this board says it supports Pentium D processors when all Socket 478 CPUs were Pentium 4 and Celeron only. Pentium Ds are Socket 775.

Overall Review: I would like to pick up another one to replace the Asus P4C800 Deluxe that died on me when I have more money. I don't want to part with my Pentium 4 Extreme 3.2GHz CPU that is still useful for many things, including crunching SETI@Home when no one is using it for a spare gaming machine.

Pros: I purchased this 478 board to help a friend save money and rebuild her old computer. My job allows access to a decent pile of retired hardware. We had a nice Prescott chip available. I'd never purchased an MSI board before, but I'm pleased with the way it worked. It booted right up with the Prescott 3.0GHz CPU and new Kingston Value RAM we bought. The machine has operated perfectly since installing Windows 2000 on it. It comes with an XP Drivers CD that worked fine with 2000. It also comes with a CD full of Vista drivers. The price of this board and affordability of Value RAM got my friend back in business without spending a bundle. I like the fact that this board, like all Intel 865s, 915s, and 945s (I think) can be booted in DOS mode and the hard drive can be ghosted from an image file saved on a flash drive. It's not a super fast solution, but it beats installing a second hard drive to ghost to. So far so good.

Cons: Thus far I have no complaints. The book was not great, but it was enough. The 3.0GHz CPU runs hot, maybe all 478s run hot, so have a nice heatsink, fan, and at least one good case fan available.

Overall Review: My friend had an older IDE hard drive and IDE CD burner carrying over from her old machine. I didn't want to even try it, but I ended up installing both her IDE devices (master and slave) on the single PATA connection to see if it would work. I'm not even using the SATA connections. Obviously, this is not an ideal solution, but it boots and works well enought for a business machine. I even burned an audio CD - no problem. For the profoundly cash-strapped, maybe you can squeak out another year's service from your existing parts. This is a value board designed to exercise the usefulness still present in your old 478 chip, and a brand new board has got to be better than buying somebody else's used junk off the internet.

Pros: Needed an upgrade to replace my old board that ran RDRAM :(. Onboard video scores better then expected on PCPITSTOP.COM Every thing was easy and worked as expected. Motherboard will run with either 20 or 24 Pin Power supply

Cons: Umm ZERO (AKA NO) overclocking in version 1.0 of BIOS.

Pros: I had a 3 GHz P4 chip, 2 GB of Patriot DDR2 800 and a hard drive laying around so I got this and a 9400GT card as a combo w/discount to build a system for my daughter and it flies, well... for what it is. It's no Core 2 or Quad but it is a way to keep good hardware going on the cheap.

Cons: I wish it had a few more memory tweaks, but for what I paid I'm not complaining.

Overall Review: Be sure to check MSI's support site for chips that are compatible and this is a great board for the price. I would buy it again.

Pros: The audio on this board is a huge upgrade over the stock dell board I replaced. All the currant ports and connections while still being able to use my old socket 478 northwood.

Cons: Only one IDE port.

Overall Review: This board booted up right away once I changed the boot sequence. People complain about the bios but coming from a dell dim 2400 this thing has tons of options. This thing is a great option for breathing new life into your old P4. System: 2.4 P4 Northwood, PNY geforce 8800gt, 2gig ddr2 667.

Cons: Some minor issues with BIOS, most of which can be fixed with a flash, like the RAM running at 400 or 533 instead of 667. Not sure it's worth the trouble to squeeze and extra 133 MHz out of the RAM. Same for the CPU and system temps being reversed, just a minor issue. Mine's a REV 1.

Overall Review: Has 2 and 3 pin case power LED connectors. Don't be expecting to OC this board, it's not meant for it. For 478 CPUs on new mother boards you have the choice between this and the Biostar. This one has 4 SATA 3GB/s, 1 IDE, the Biostar has 2 SATA 1.5GB/s, 2 IDE, and can do RAID 0/1, so it depends on your needs. Plus I like the Intel chipsets better than VIA. Biostar also has a 1x PCIe, but I have never needed to use one yet. Graphics scored 2.8/3.0 in Vista, which is expected for onboard. Might find a low cost PCIe card and try that sometime. CPU scored 3.5, RAM 4.5, and HD 5.9. I'm glad some companies (MSI, Biostar) made these available.

Overall Review: this could be the best s478 platform ever, but it needs a much better bios. performance is on par with i875/dcddr1 boards as is, but could be so much faster. currently it is the only s478 board worth getting, which is pretty sad :(

Cons: BIOS Doesn't support fastest RAM speeds without a flash. Had to find a beta bios on the support forum and flash with that. 667 on the RAM works now. Only one IDE channel, had to get a new SATA HD. Which I planned on doing anyways.