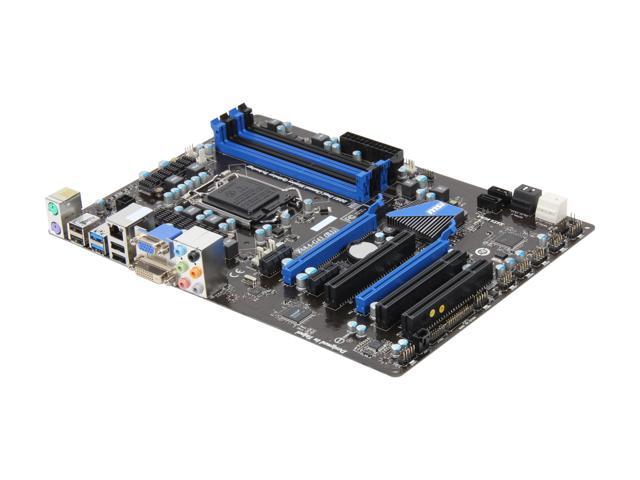 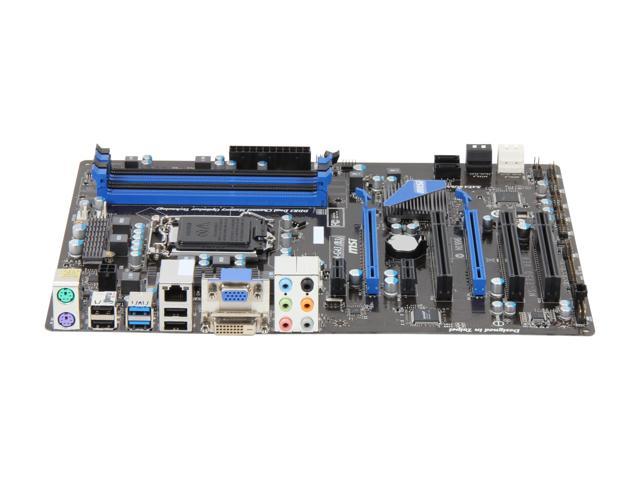 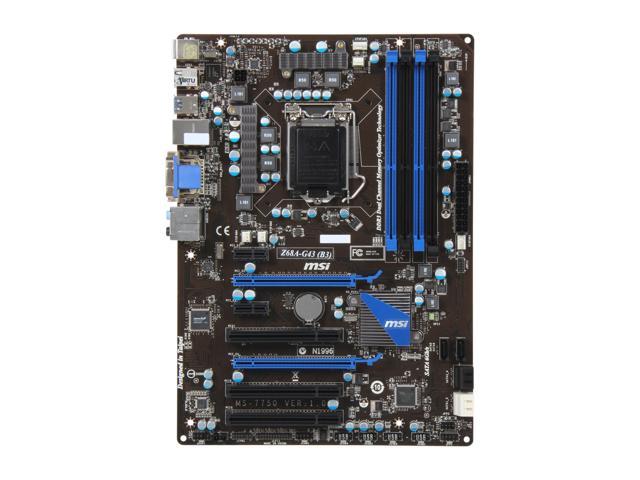 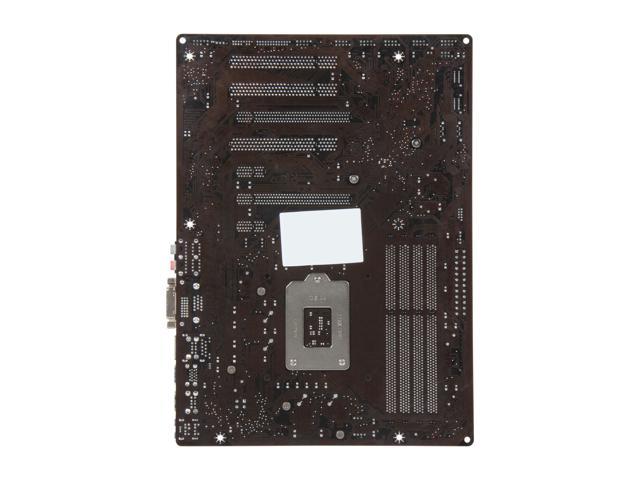 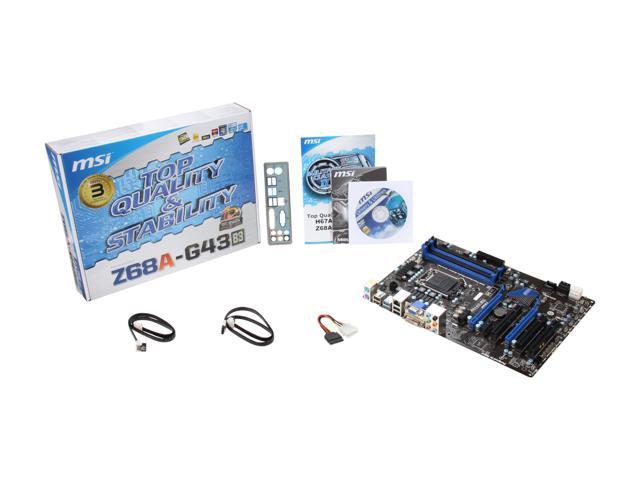 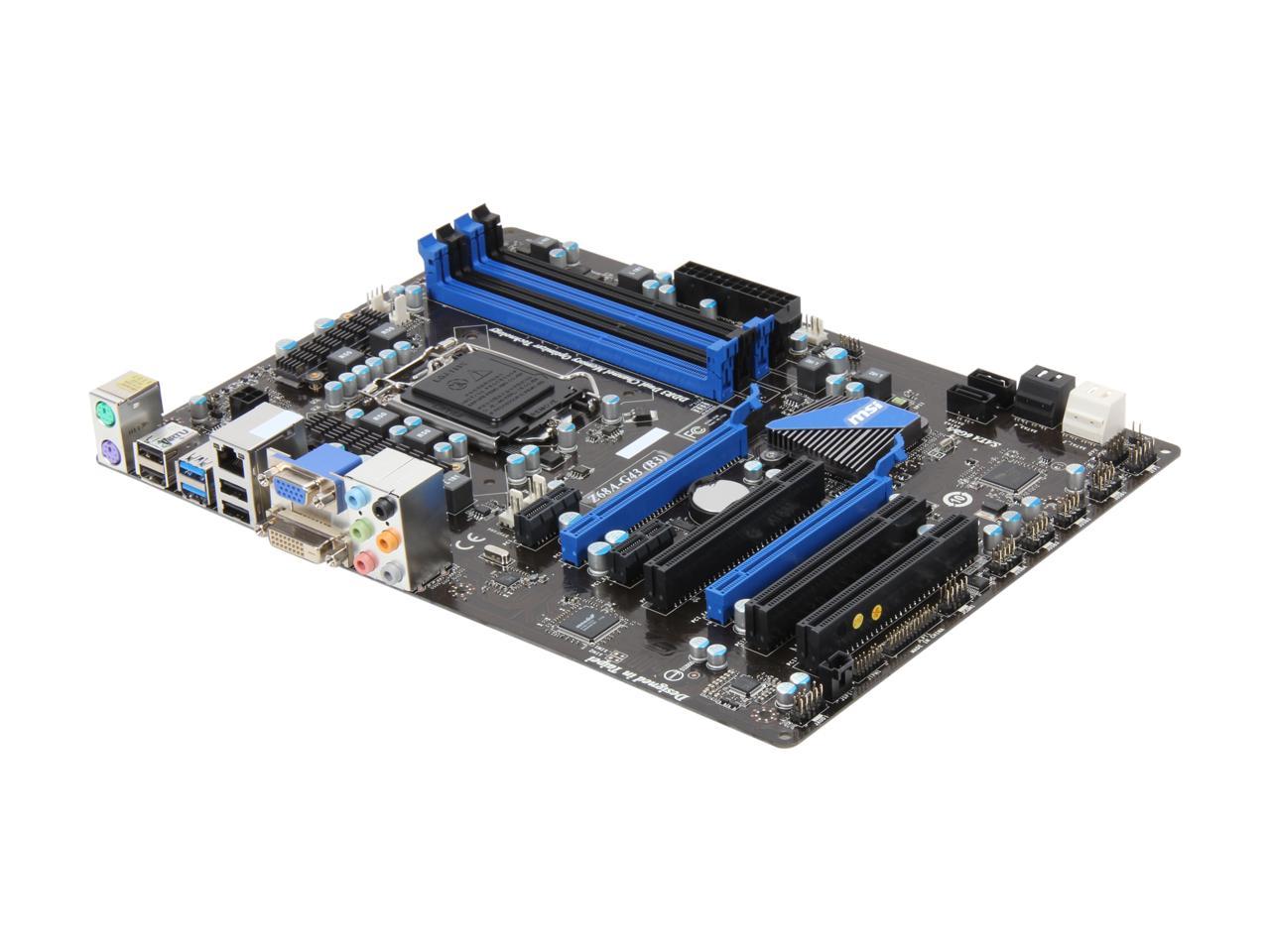 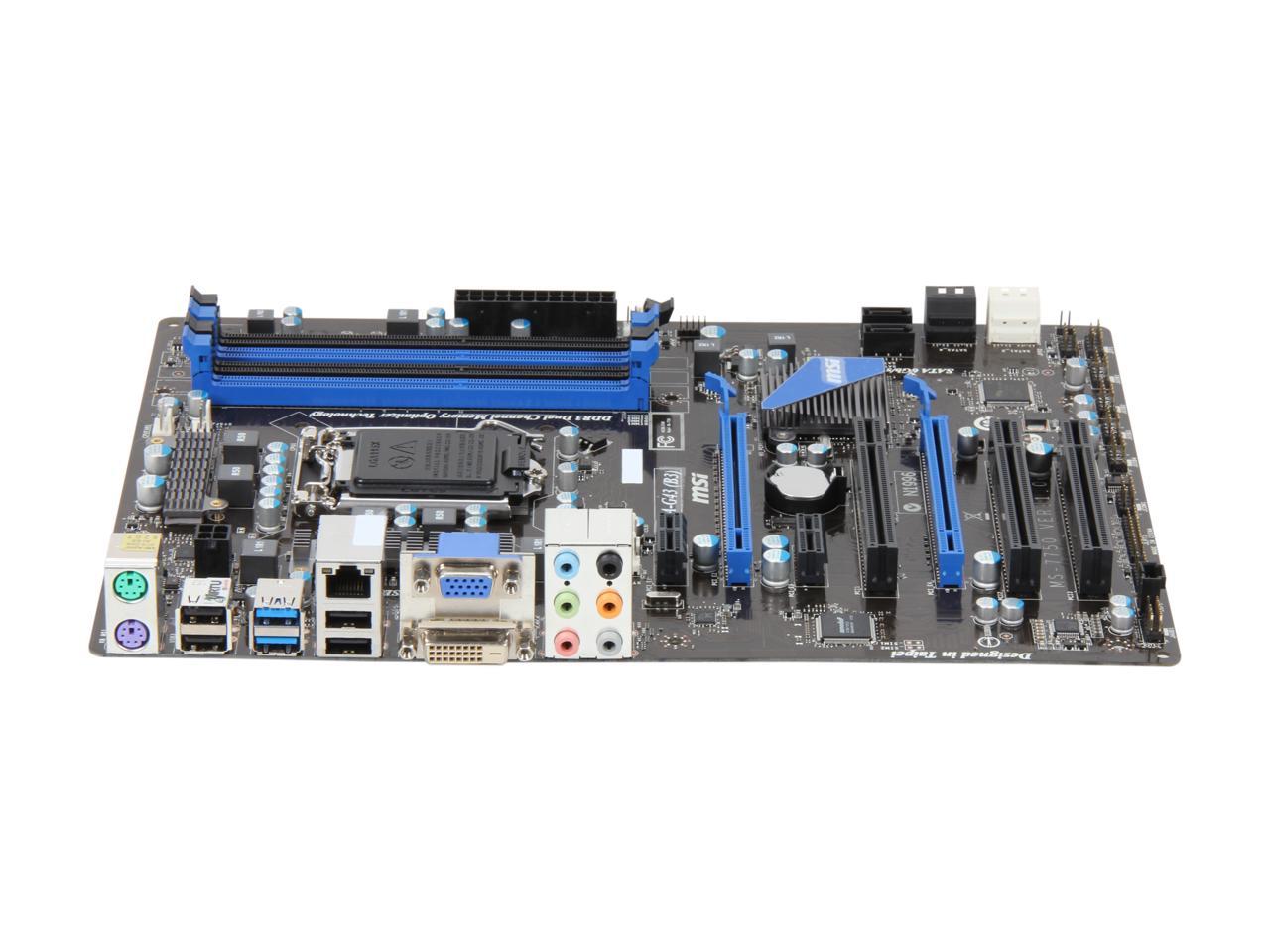 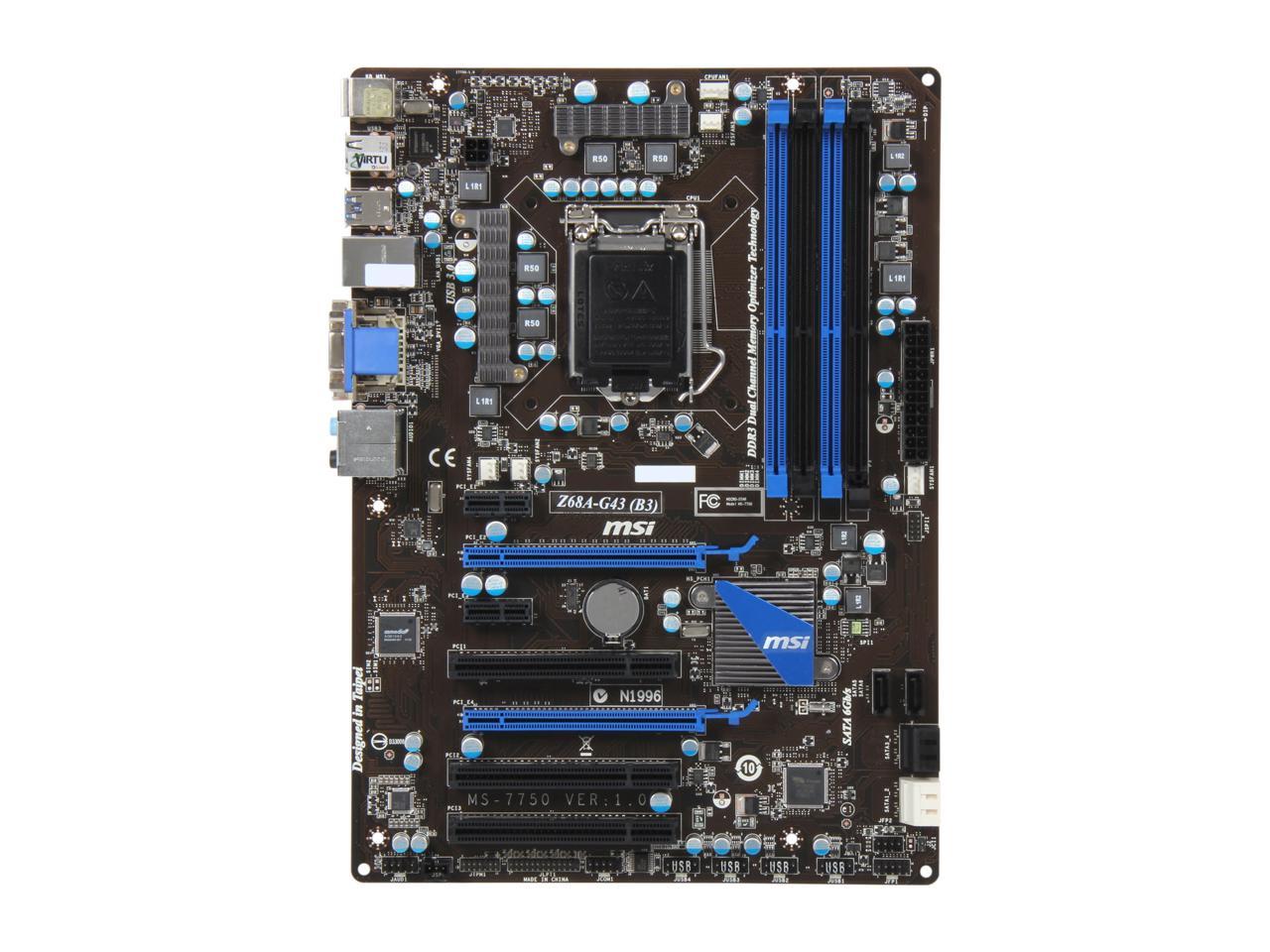 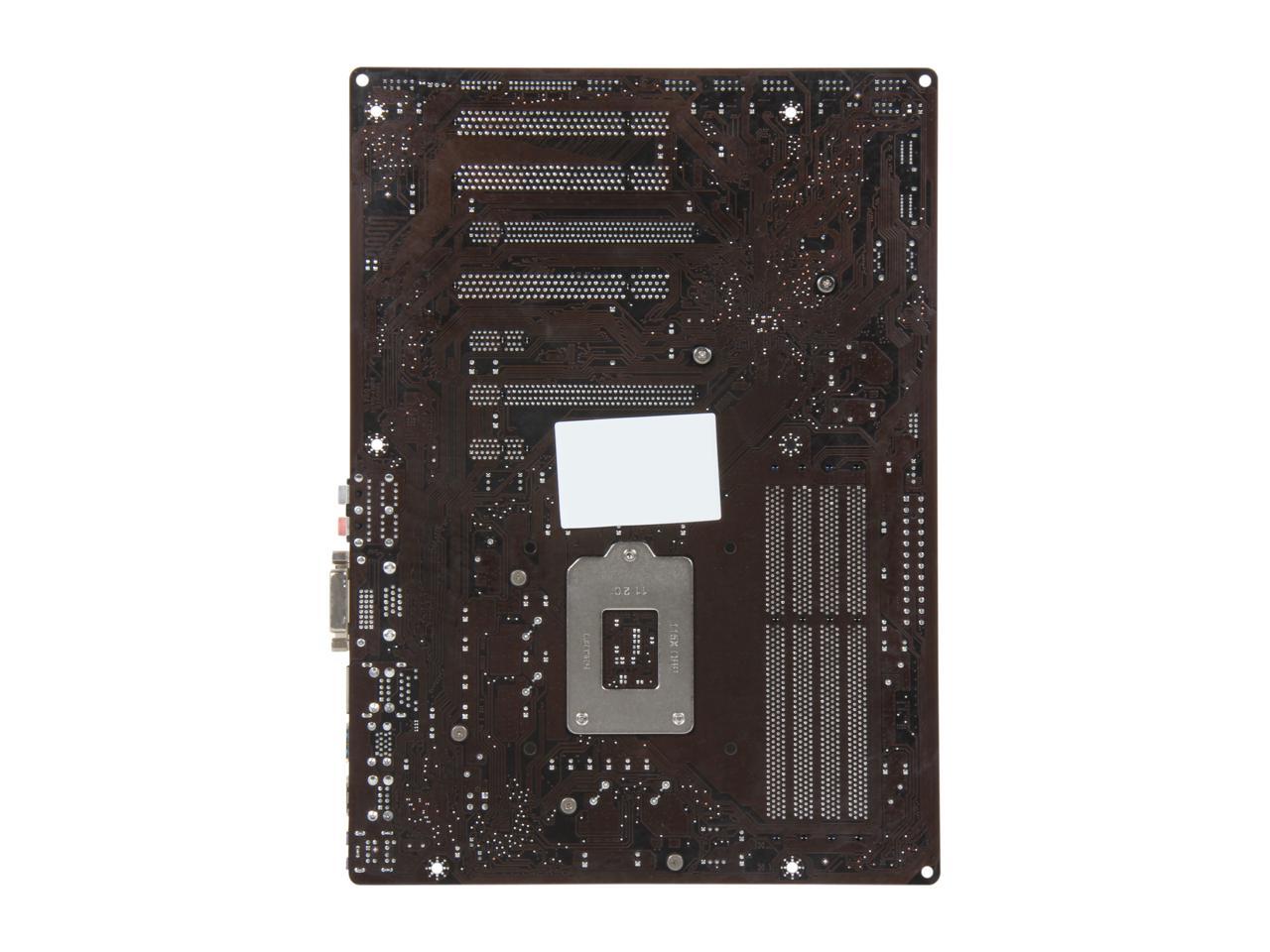 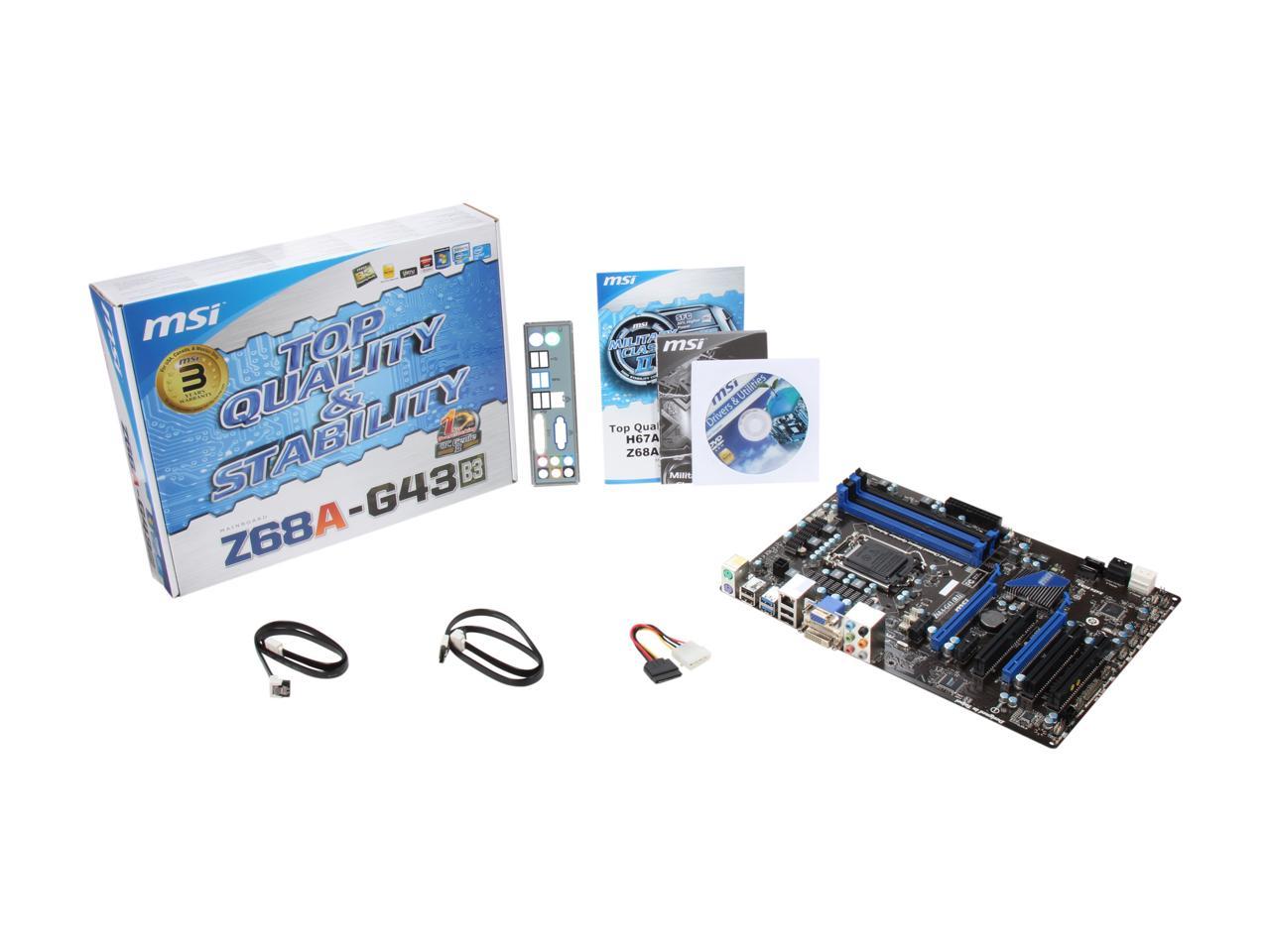 Pros: Got this Motherboard on December 5th and on first boot i tried the OC genie and my i7 2600k went to 4.2Ghz up from 3.4. have had no issues regarding the on board video. haven't played around with more overclocking but so far so good.

Overall Review: Just throwing it out there but i think its time to add 2 more SATA ports on the mother boards 6 doesnt it cut when your case requires 2 alone for its eSata ports.

Pros: Paired this with a 2120 i3 and no problems so far. This setup is incredibly fast compared to what I had. Cpu doesn't go above 30% half the time even at boot. Got this for cheap with a combo deal

Pros: Good board for a cheap but decent PC.

Overall Review: Paired with Intel i5-2400 and haven't had any problems at all. Board is decent for my mother n law and what she uses the PC for. But if your a gamer like me this board doesn't offer enough.

Pros: It's a nice looking board, and blue leds are always pretty. It seems like a reasonable price.

Cons: I don't know where to begin in under 1000 chars. Their 'OC Genie' functionality causes persistent failures and quirks across all other motherboard functions, including update failures and randomly flagging hardware failures. Occasionally on boot (~50% of the time) it'll forget that there's a graphics card installed, and revert to onboard graphics. Occasionally on boot (~50% of the time) it'll forget that I have a USB keyboard installed, and not respond to input. Occasionally on boot (~50% of the time) it would randomly halt and power down. These are all independent probabilities. I would only have a 1/8 chance of making it to my desktop successfully! Recently, after updating to their latest bios (where the online instructions and book instructions were wrong and horribly outdated (requiring windows 98 boot floppies? in 2011?!)), I got stuck in a boot power loop failure. After powering on, the machine would almost instantly boot again or beep three times before failing ag

Overall Review: I've typically had good luck with MSI products. I've built several machines over the years with MSI core components, and haven't had issues. This product is unfinished, not properly tested, and should not have been released for consumer consumption. Do not buy one, you've been warned. Bite the bullet, spend more money, and get a different product.

6 out of 12 people found this review helpful. Did you?
Manufacturer Response:
Dear Valued MSI Customer, We would like to apologize for the issue you have experienced with this particular mb. Please email me directly via usersupport2@msicomputer.com your mb's serial number and your complete contact information, subject heading "EAHZ68A-G43". I would like to help you get this resolved. Best Regards, User Support MSI Product Support
Stephen B.
Ownership: more than 1 year
Verified Owner
MSI board is DOA7/29/2012 7:03:26 PM

Pros: This board is a good price for an intel mobo.

Cons: I turned my system on and got the 4 beep error code indicating the mobo was DOA. Now I have to pay 13$ to RMA and ship the board back. Also the board is listed as being compatible with 1333/1600*/etc. RAM. But i guess the asterisk means it is not compatible with 1600 since the manual that came with the mobo says it only supports up to 1333 RAM.

0 out of 1 people found this review helpful. Did you?
Manufacturer Response:
Dear Valued Customer, We apologize for the issues that you are having with this product. Four beep codes is most likely a motherboard issue, but other times it can be caused by a defective component. Memory speed with an asterisk (*) means it's achieved through overclocking since the speed isn't a native supported speed by the processor. However, if you were able to confirm that the root cause of failure is related to the motherboard, then please kindly visit the URL below to set up a RMA with the following information. http://service.msicomputer.com/msi_user/rma_form_new.aspx 1. Full name (first, and last) 2. Telephone # 3. Physical address 4. Email address 5. Serial number (located on the box, or underneath the motherboard, eg 601-xxxx-xxxBxxxxxxxxxx) 6. Symptoms you are having onto the Special Remark section (as detailed as possible) Once your information and warranty coverage are verified then we can proceed with this RMA for you. Our turn-around time is typically about one week and our system will notify you automatically at every stage of your RMA process. If you have any questions or concerns regarding the product, received the unit back from RMA but are still having issues, please do not hesitate to contact us directly at usreview@msi.com and we will be more than happy to assist you, thank you. Best Regards, MSI Review Team | usreview@msi.com
Allen B.
Ownership: 1 month to 1 year
Verified Owner
good board4/11/2012 10:06:39 PM