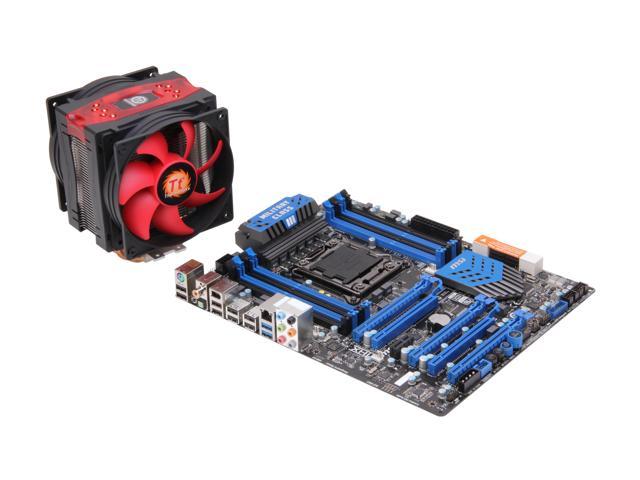 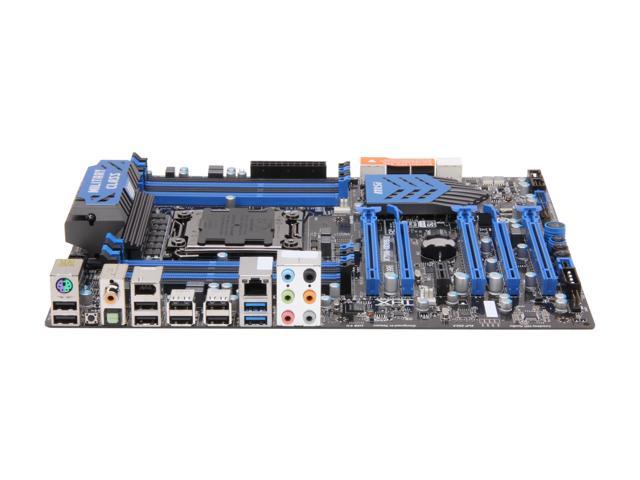 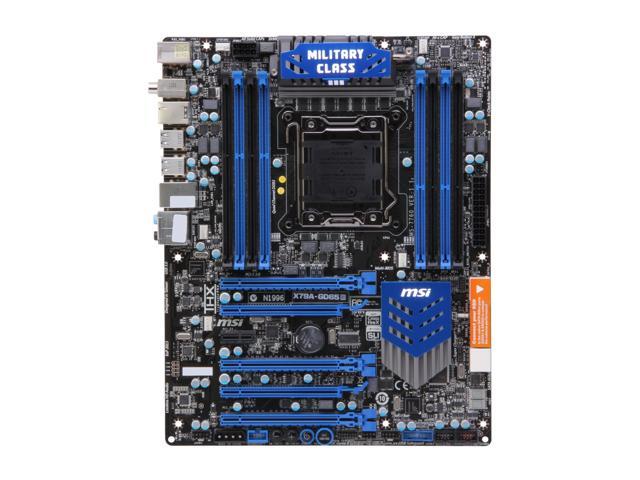 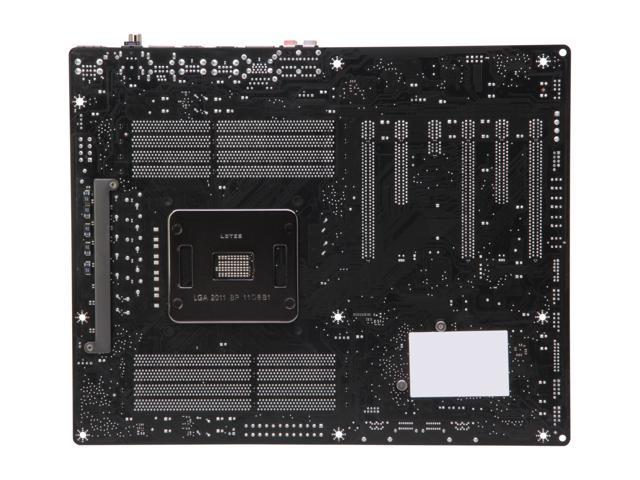 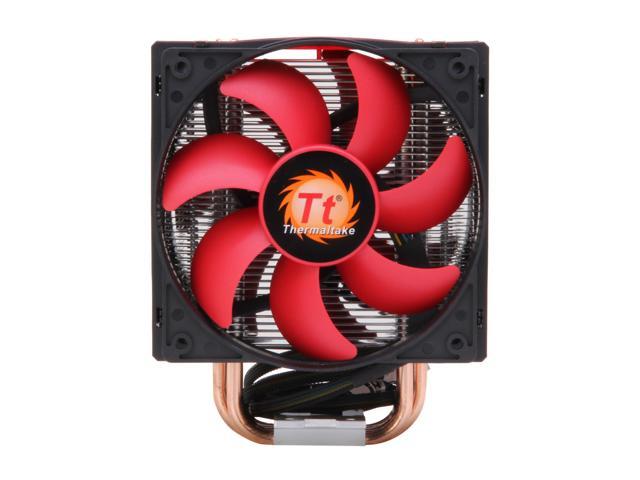 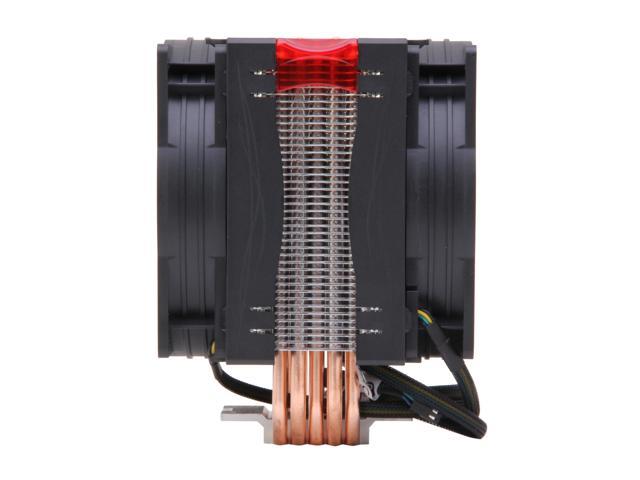 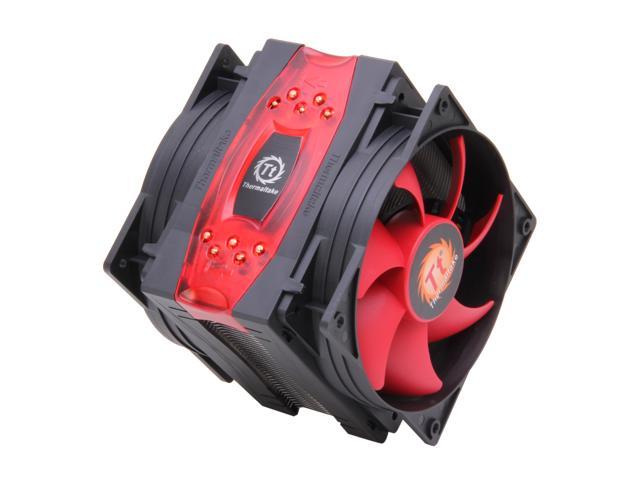 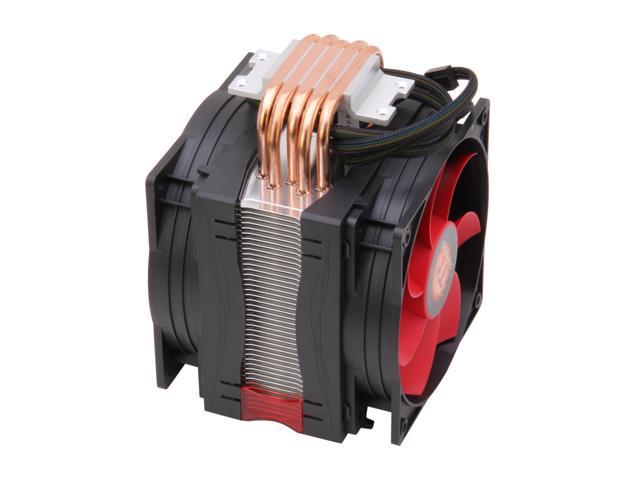 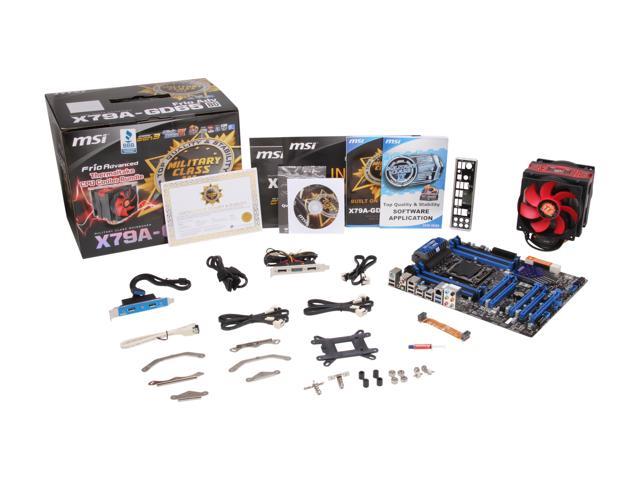 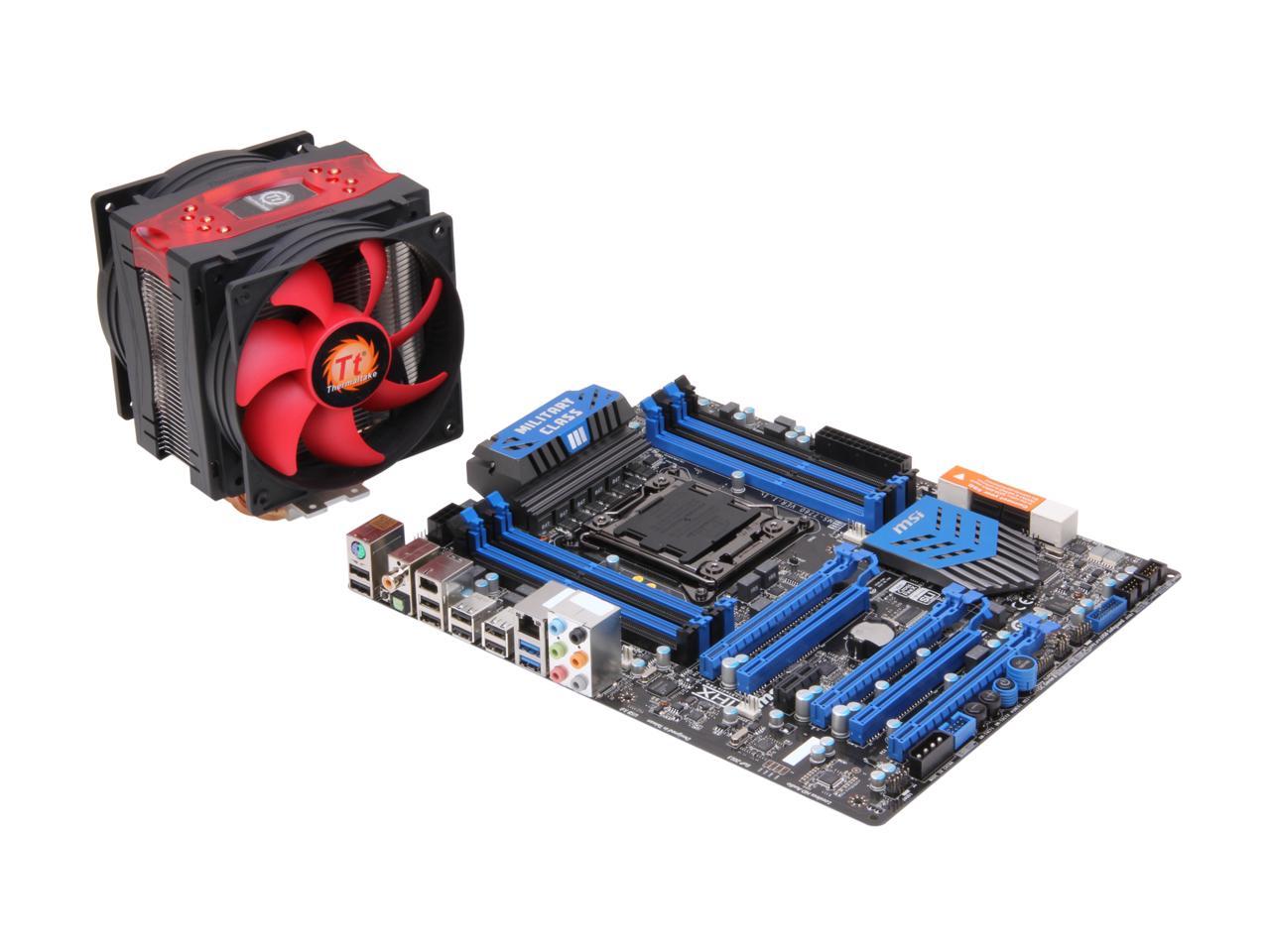 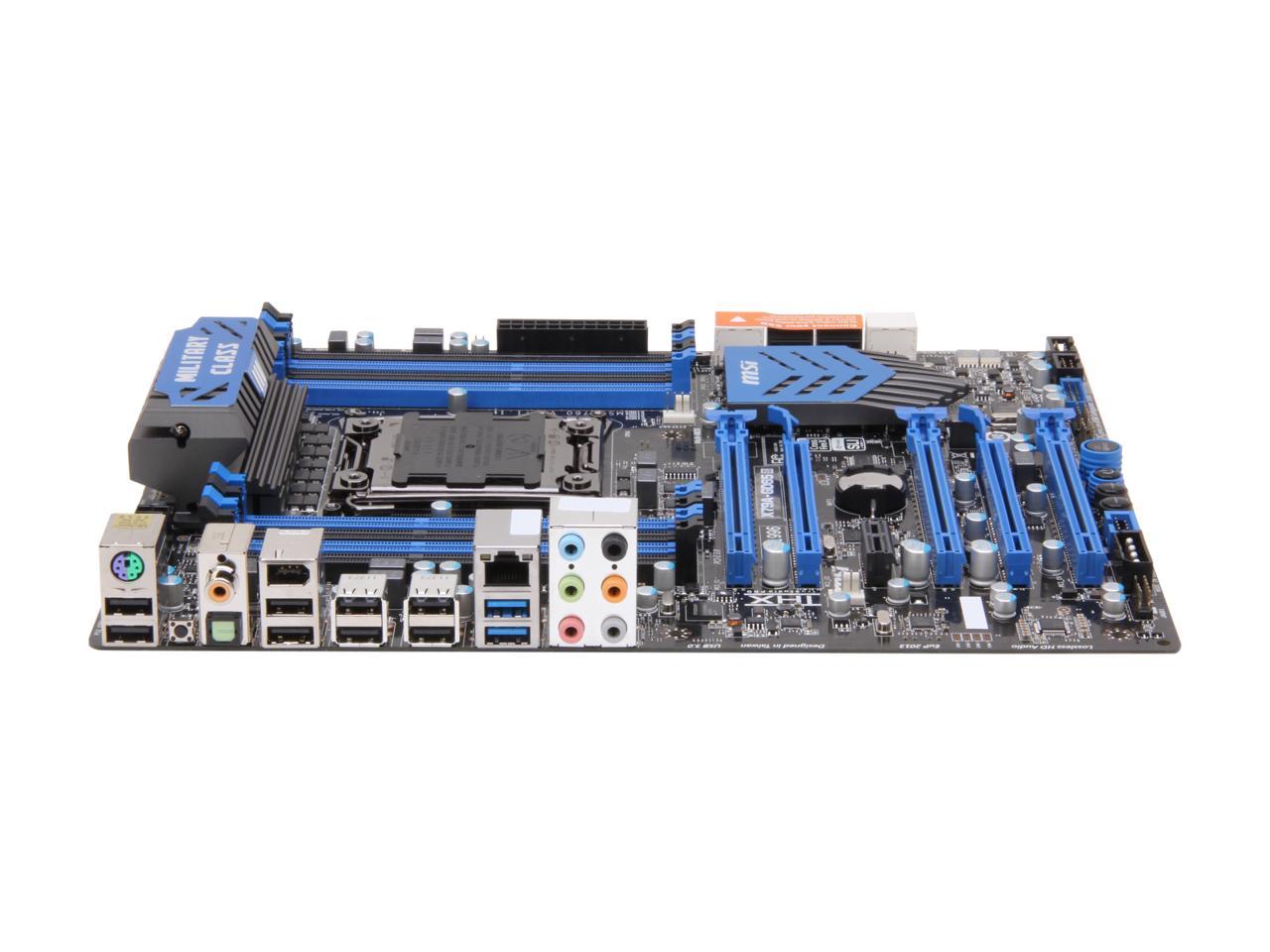 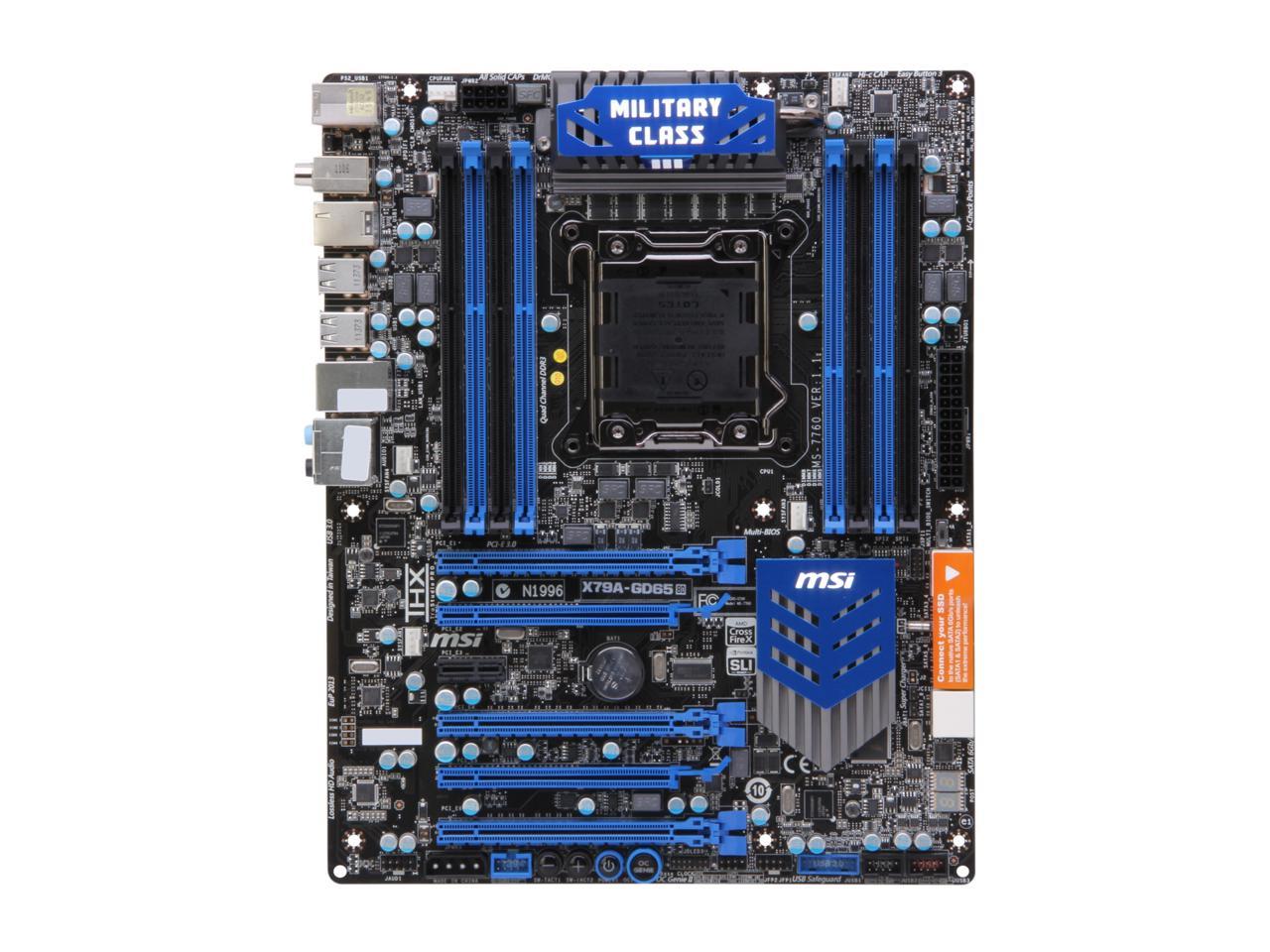 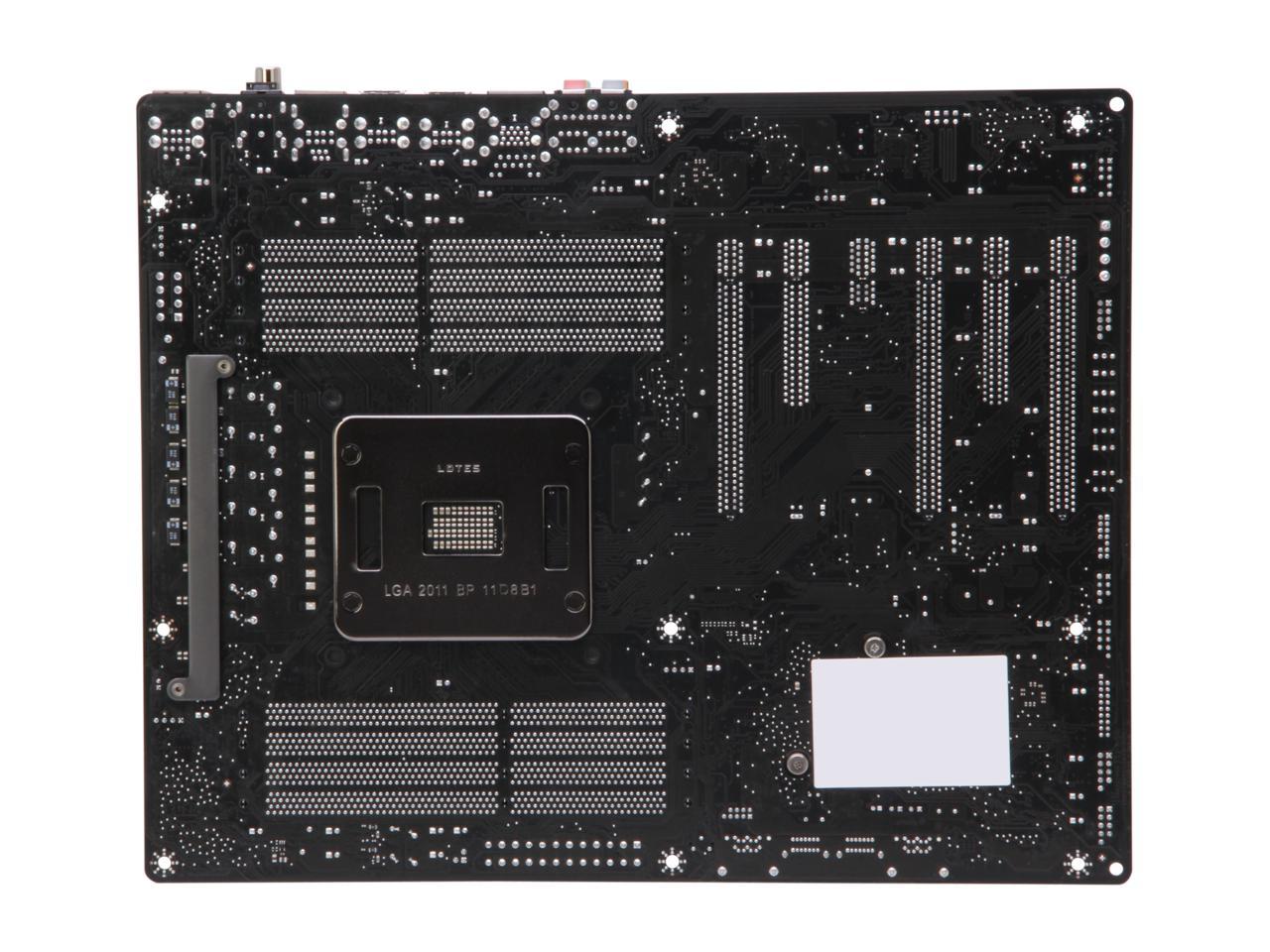 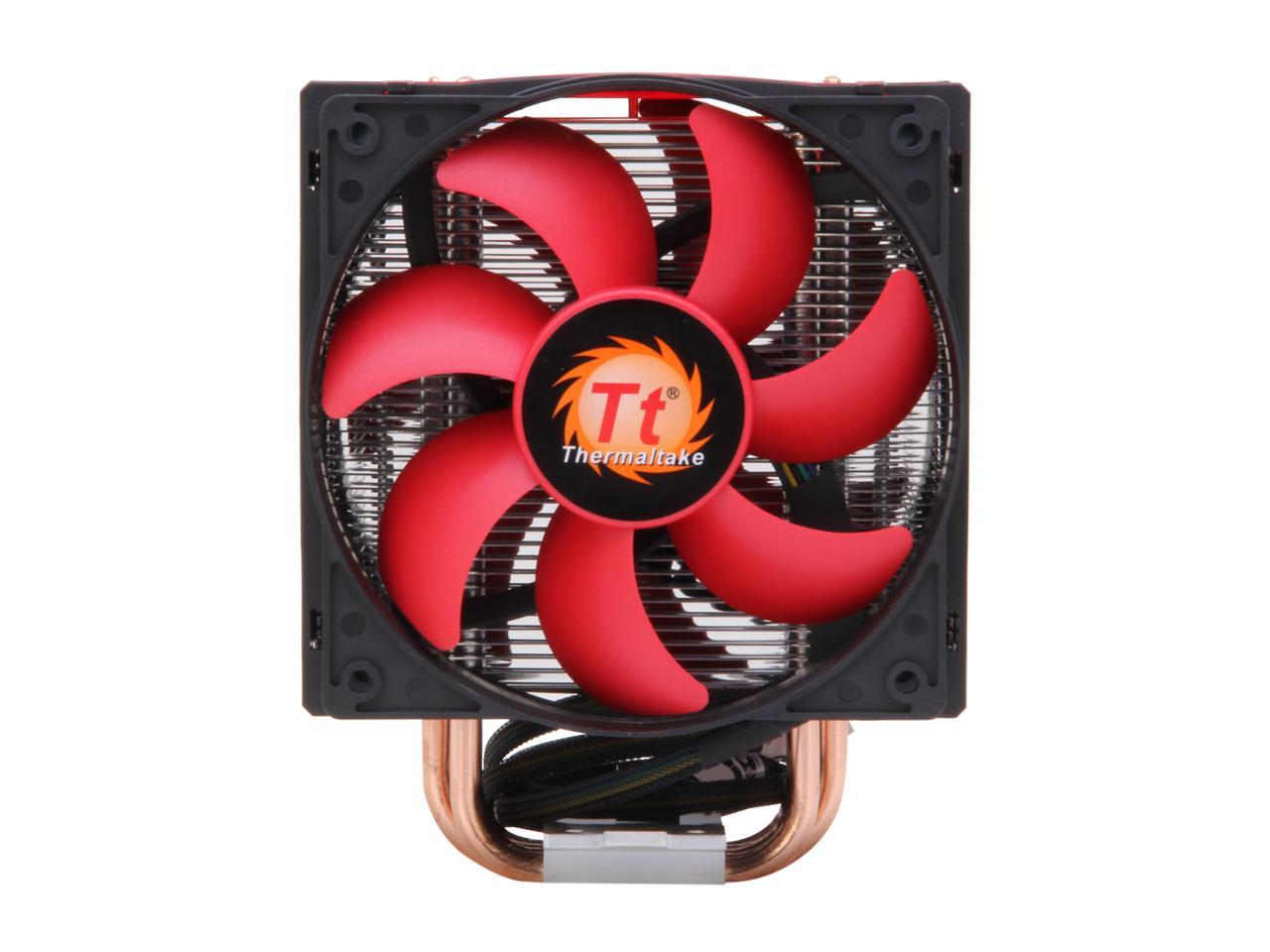 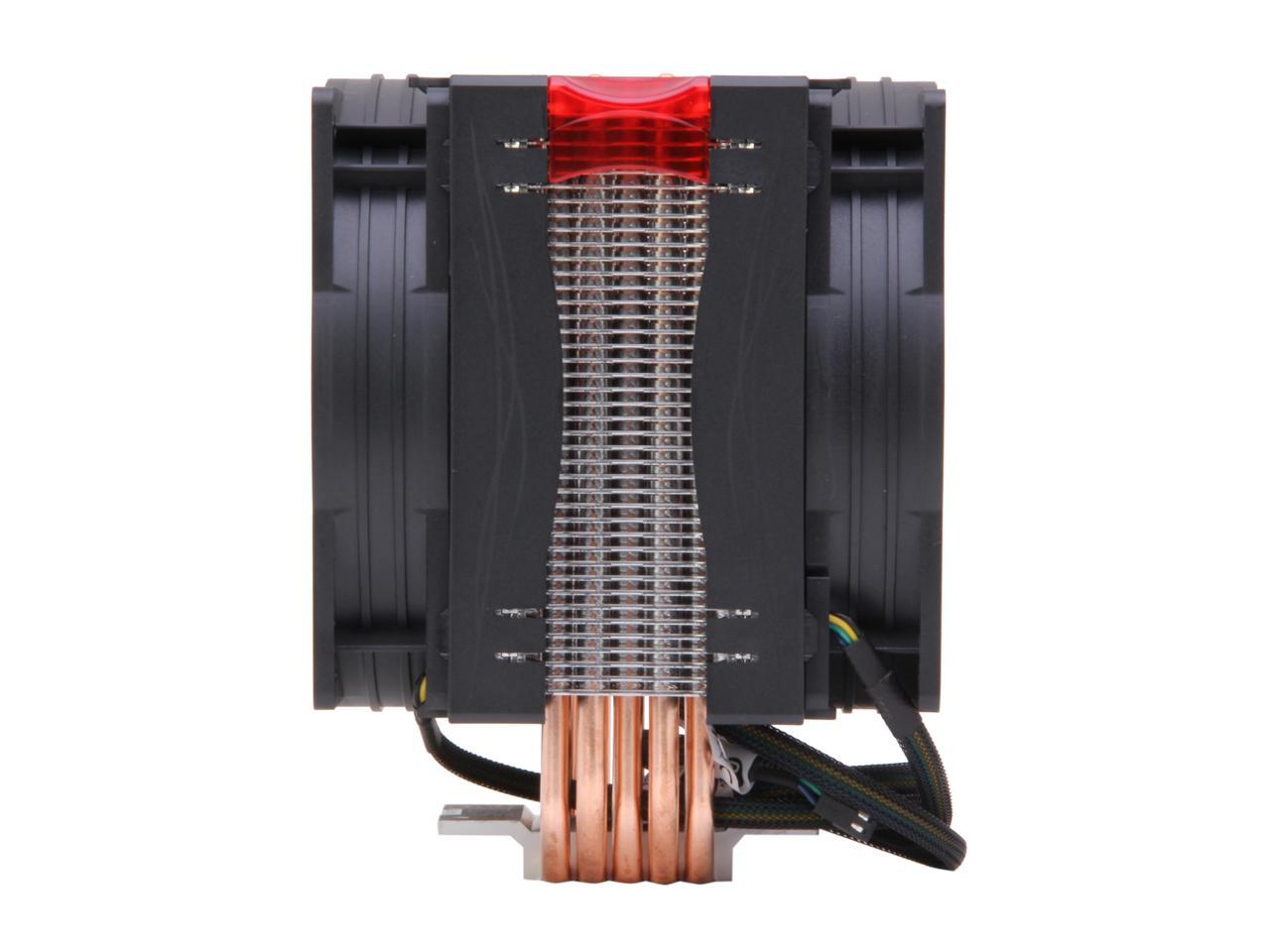 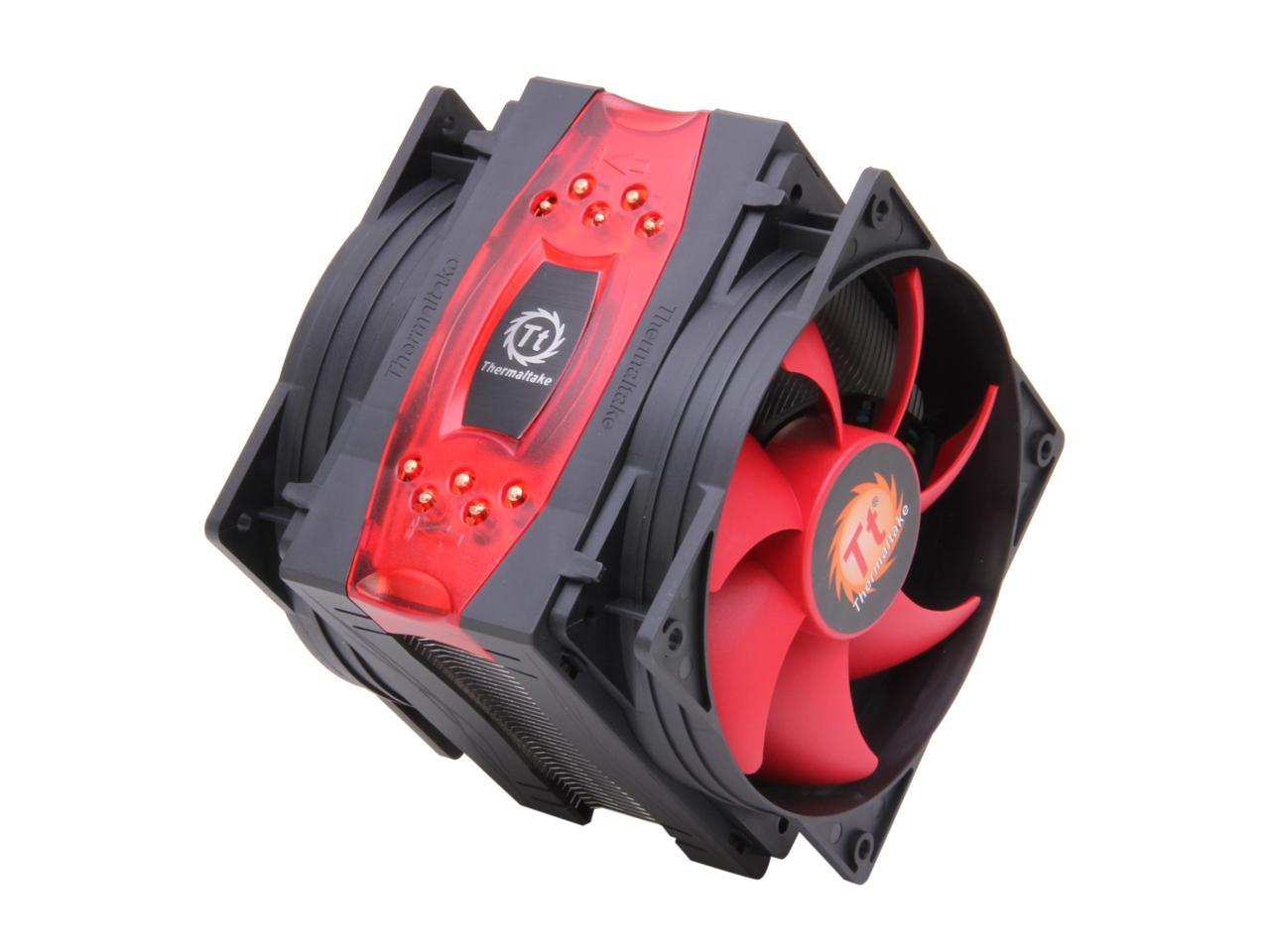 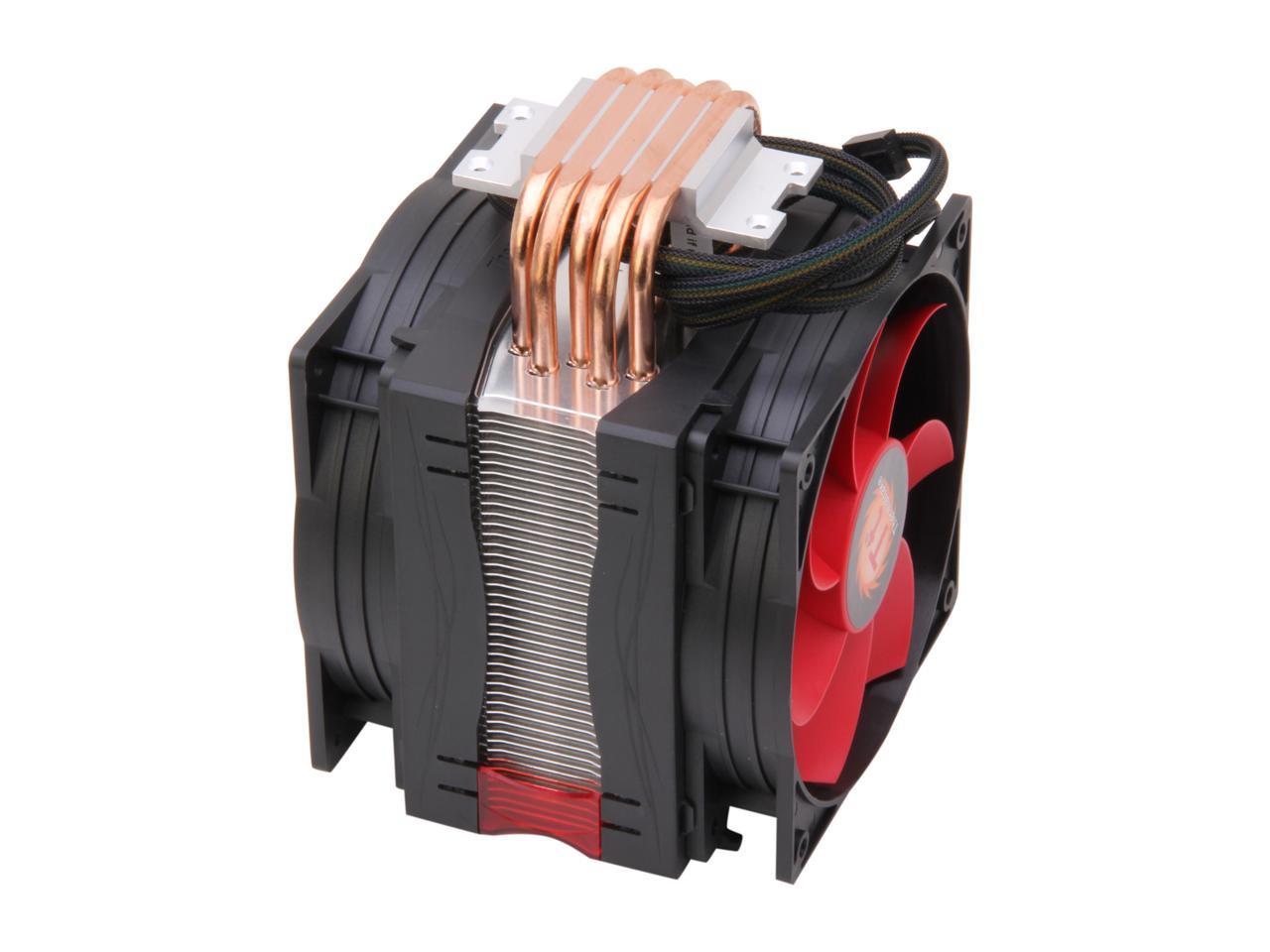 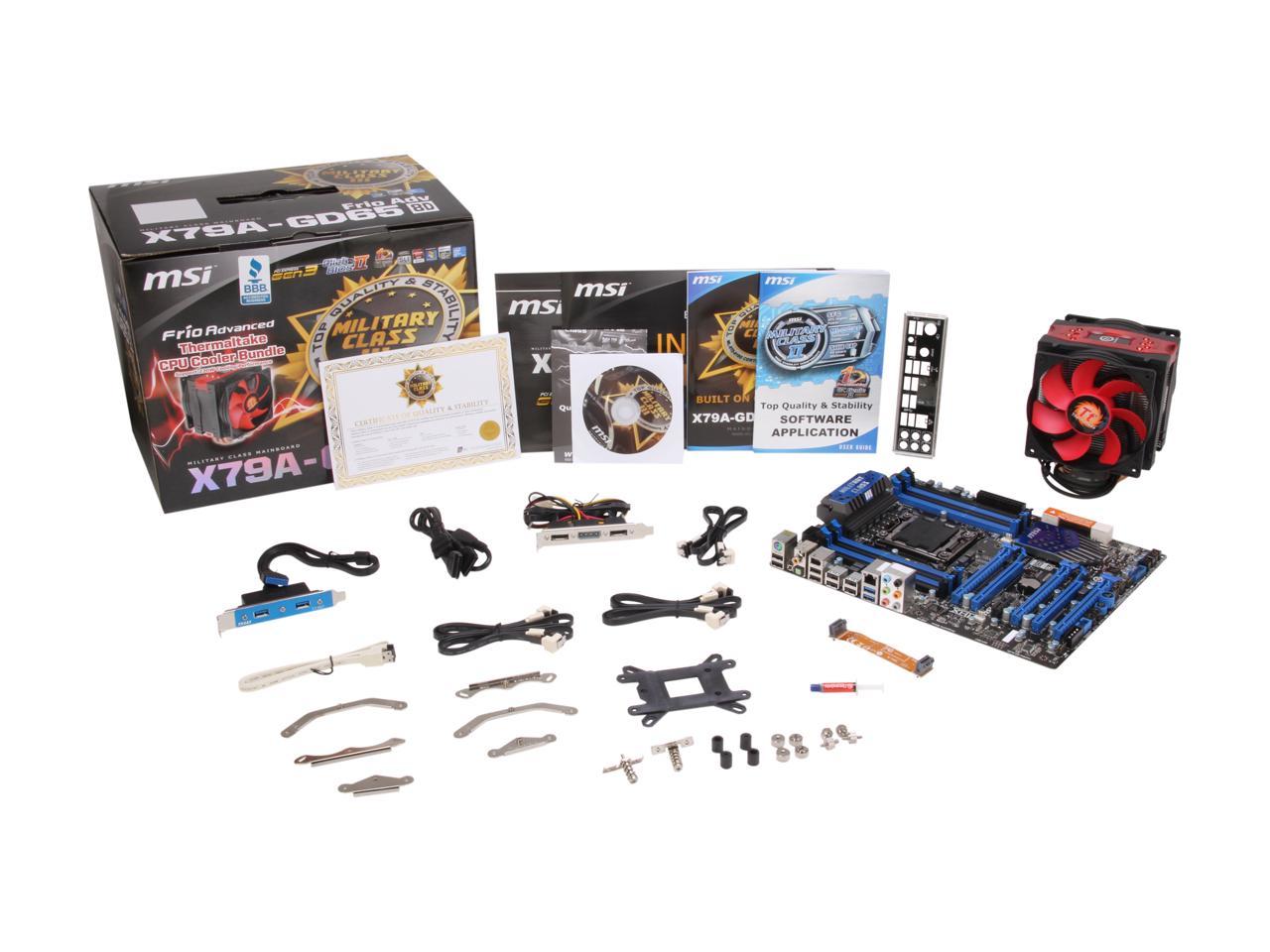 Pros: Everything. supports up to 128 gigs of ram. comes with a heat sync which works perfectly. just dont buy memory that is obnoxiously tall like, Geil 4x4gb 1600MHz kit (GEC316GB1600C9QC).

Pros: Purchased due to the bundled heatsink/fan and 8 memory slots. Worked with Corsair memory. Looks good on my shelf due to the issues experienced with instability.

Cons: The 1.3 bios is highly unstable, refuses to make it out of post with different sets of Geil and Gskill memory. Problems with various nVidia and AMD based video cards. Moved processor to an Asus board and none of the same problems experienced.

3 out of 4 people found this review helpful. Did you?
Manufacturer Response:
Dear Valued MSI Customer, We would like to apologize for the issue you have experienced with this particular MB. Please email me directly via USUserSupport@msi.com your MB's serial number and your complete contact information, subject heading "EAHX79A-GD65". I would like to help you get this resolved. Best Regards, User Support MSI Product Support
Elisa G.
Ownership: 1 day to 1 week
Verified Owner
i think i will have to RMA12/7/2011 9:59:24 PM

Cons: start up does take a long time, pcie 2.0 slot is not reading my gtx 580. on boot screen i see "using pcie gen 2" "Cant find any device." gpu-z is showing my card running at x1 speed, tested with 2 different video cards same result.

Overall Review: not very happy that i may have to RMA a new board, but it happens i just hope i can get this resolved in a timely manner.

2 out of 3 people found this review helpful. Did you?
Manufacturer Response:
Dear Valued MSI Customer, We would like to apologize for the issue you have experienced with this particular MB. Please email me directly via USUserSupport@msi.com your MB's serial number and your complete contact information, subject heading "EAHX79A-GD65". I would like to help you get this resolved. Best Regards, User Support MSI Product Support
Viet T.
Ownership: 1 day to 1 week
Verified Owner
Heatsink blocks ram11/20/2011 9:01:48 AM

Pros: Works. OC Genie overclocks to 4.0GHz. Haven't had much time to play around with it, but was able to manual overclock it to 4.5GHz. Comes with plenty of right angle SATA Cables. Heatsink keeps the CPU cool at 60C

Cons: The heatsink's fans block the innermost ram slots. I'm using the Geil 4x4gb 1600MHz kit (GEC316GB1600C9QC), and had to peel off the heatspreaders to make it fit. There is barely any clearance between a naked ram stick and the Thermaltake heatsink. So for people who haven't bought ram yet, don't go for ram designs with crazy looking heatspreaders that add height. You can't pitch an enthusiast overclocking mobo/heatsink combo and then block the ram slot...

Overall Review: Motherboard doesn't come with any screws. Normally not a biggy, but would've helped since the case we got didn't come with screws either.

Pros: So far, its been running like a champ, very fast and stable. Its always good to know that you can later expand up 128GB of ram! Having 128gb of ram would help out a LOT for my 3D computer animation work that for sure! It has all the latest of hardware including the ability to use your mouse in BIOS, "which is very new".

Cons: So far none, the only thing that I had a problem with was ram. One of my ram sticks burned out, it didn't effect the motherboard in anyway. Another thing is that the heatsink that it comes with is enormous! With a large heatsink, it does get in the way of the ram, "if you have ram with tall heat spreaders that is". I recommend that you either get shorter ram sticks or get a different heatsink that's not so big,"i'd go with liquid cooling for one thing".

Overall Review: As my final thoughts about the motherboard, it was a good buy for a motherboard with lots and I mean LOT of options and that also has the latest technology. I haven't tried to over clock anything yet, but from the looks of things I probably don't need to.

Pros: M/B is well designed and easy to overclock. Design could have been a little better with all sata ports crammed together and i need 3 year old girl fingers to plug-in HDD's. However onboard components very high quality, great O/C genie and click bios.

Cons: Bundle looks good in pictures but was poorly thought out, threw out that heatsink. Used H70 watercooler (about same price as that bungle in the box) and doesn't block anything and blows out the box not IN the box. No dual lan so can't be considered military class (stability/durability/redundancy).

Overall Review: since january 2011 point to point ddr-4 was expected but never arrived, 3 and 4 channel ram will become irrelevant very soon and that means this M/B will also become a item i'll sell on eb@y.

Pros: MSI had a great a great reputation for me until I came across this board. Got the combo with the FRIO Advanced heatsink. Fabulous looking heat sink. Thermaltake should avoid associating with sub par boards like this one.

Cons: Won't Post, no error codes on 2 digit display. I swapped everything nearly 50 attempts to post on both bios's. In case you might be thinking I'm making this up I can show you all the money I spent at a local competitor to fix this problem. 2 cases (NZXT old Tempest and Corsair Carbide NEW) 2 power supplies (an old Ultra X3 1000 that has been nothing but reliable in every build I've used it in, and a brand NEW 850 Watt NZXT both test fine with NEW POWER SUPPLY TESTER!) tried 1 stick in every slot times 2 different brands (BOTH NEW PATRIOT and CORSAIR) 3 video cards even an old 6600gt that doesn't require extra power, every different slot on the motherboard. I've wasted 10 gallons of gas, $100's of dollars, and killed a whole weekend.

Overall Review: NOW, I get to go back to my local competitor who has a VERY GENEROUS RETURN Policy, and return everything, The finale to ALL of this is when trying to contact MSI directly through their web site... it errors out, no record. MSI I'd like to return your motherboard to you. This has been the worst build out of the 15 I've ever done... AND I'm A+ certified, my first build was a Pentium 133MHZ.

0 out of 2 people found this review helpful. Did you?
Manufacturer Response:
Dear Valued MSI Customer, We would like to apologize for the issue you have experienced with this particular MB. Please email me directly via USUserSupport@msi.com your MB's serial number and your complete contact information, subject heading "EAHX79A-GD65". I would like to help you get this resolved. Best Regards, User Support MSI Product Support
Gary R.
Ownership: 1 day to 1 week
Verified Owner
Poor Service3/30/2012 4:20:14 PM

Pros: Don't know. Had it a day then had to send it off to MSI and after a week and a half still haven't received it. Hopefully I will find out how awesome this board is in a month or two.

Cons: Have to get the BIOS flashed. Not only do you spend a lot of money to buy it but you also have to pay to ship it to MSI and then they take a week or longer to do it. When they tell you it will be flashed the same day they receive it and send it back the next. The three eggs knocked off were all because MSI's poor service. Don' t know why a brand new board needs to be flashed. That's just taking shortcuts to get it out and make more money.

Overall Review: On top of everything else they didn't put my full address on the package and I have to wait til the next day UPS is open. And spend more money. I guess it really hard to copy and paste my address. Be vary careful. Do not buy unless you are willing to spend a lot of money for something that you don't want to use for a month. I will never buy another MSI product again!!!