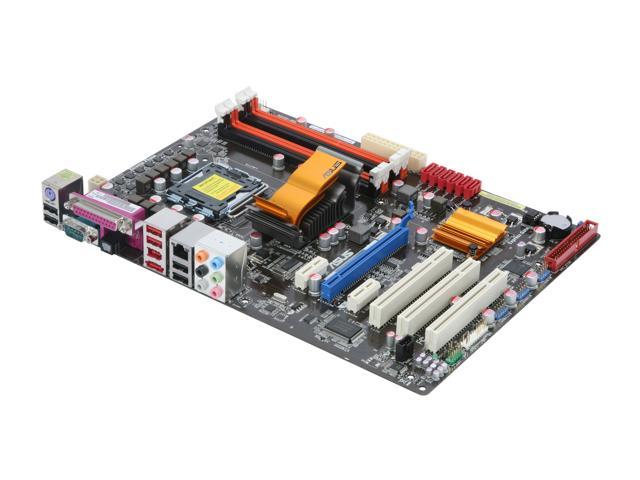 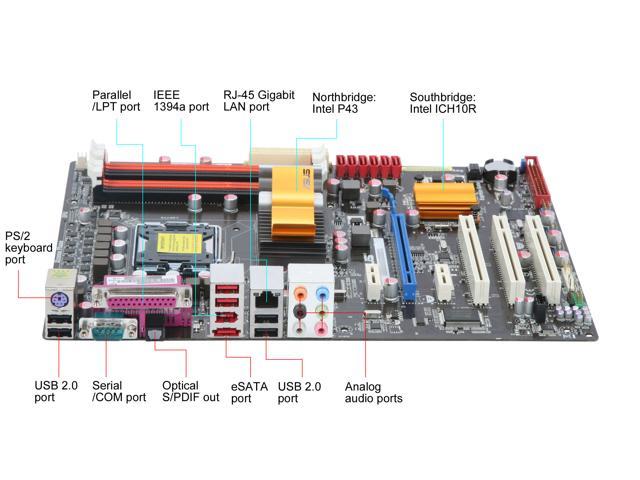 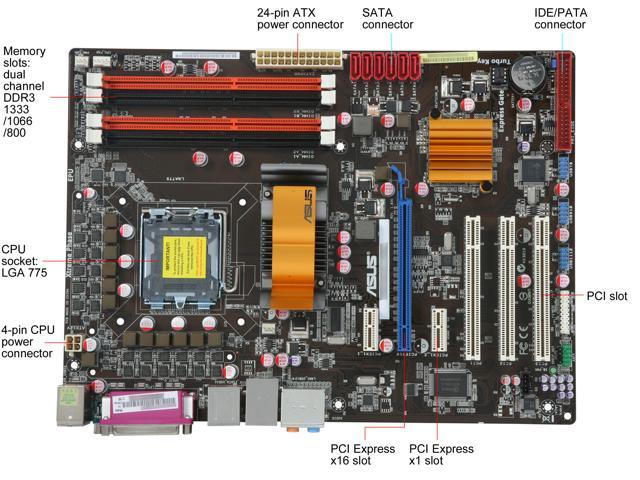 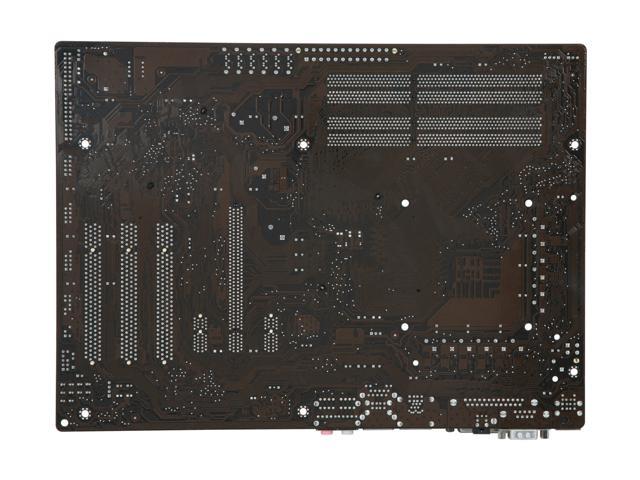 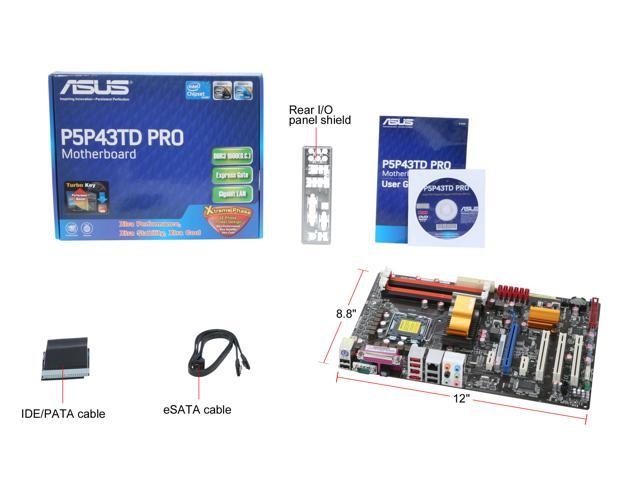 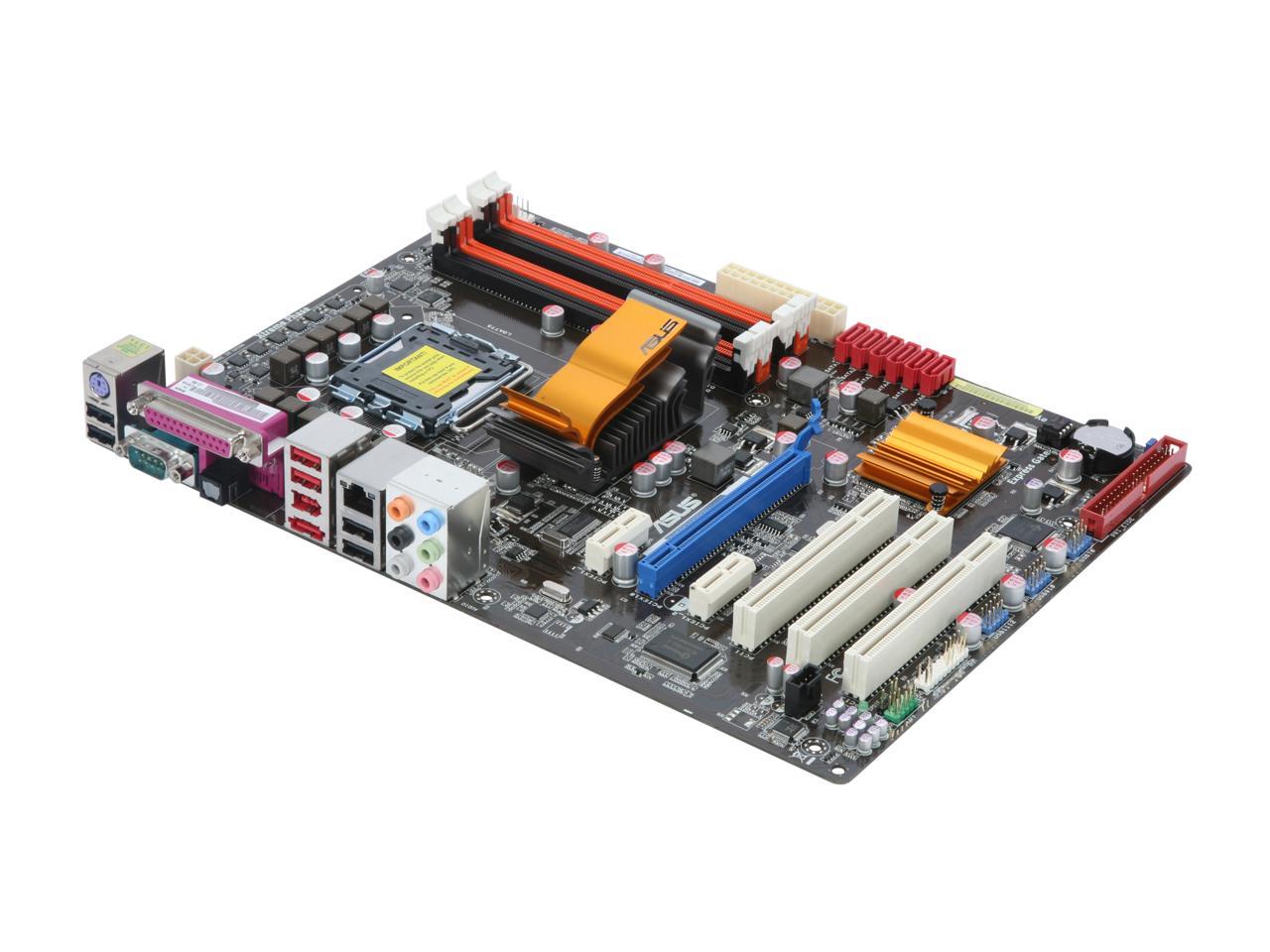 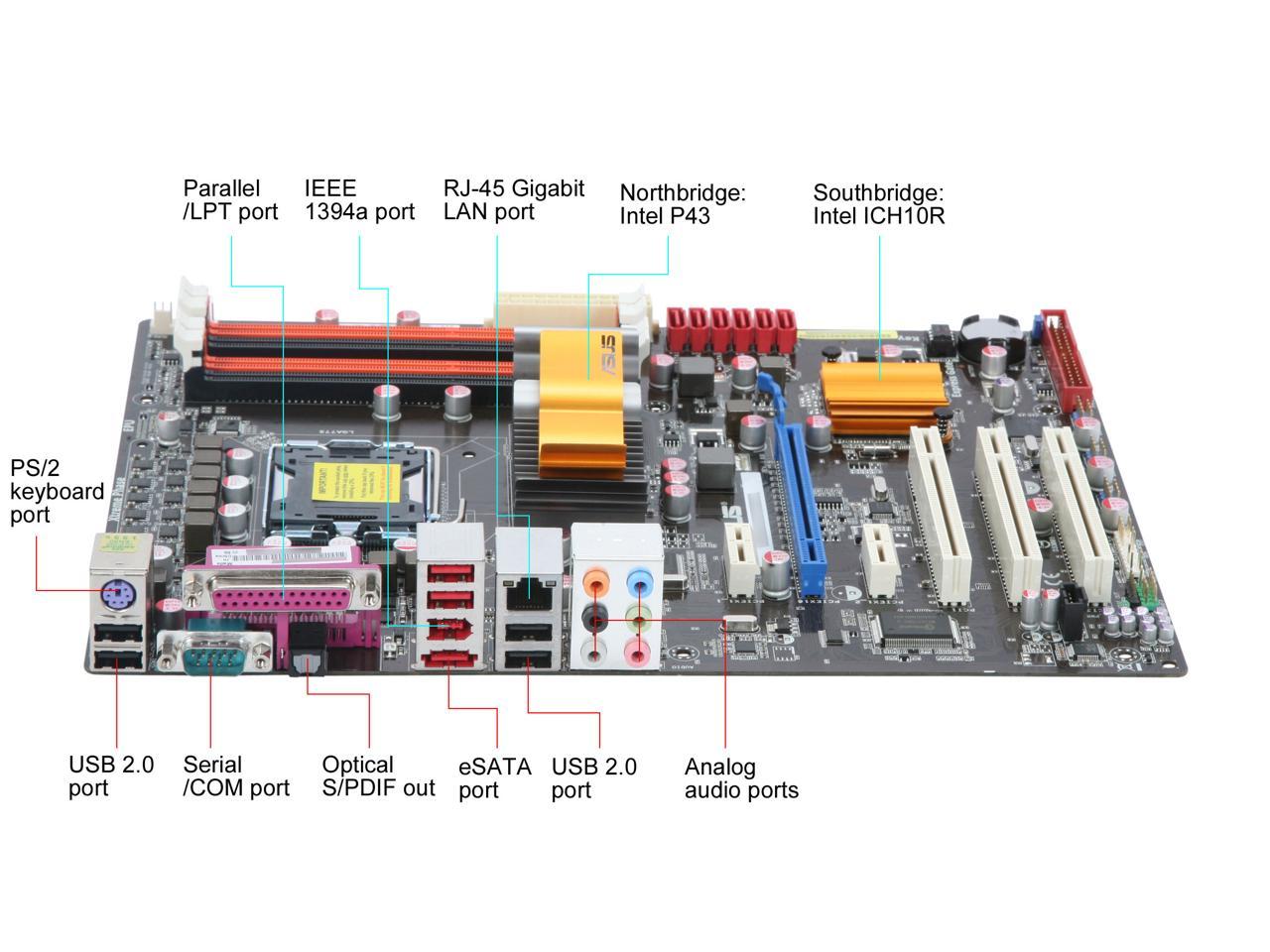 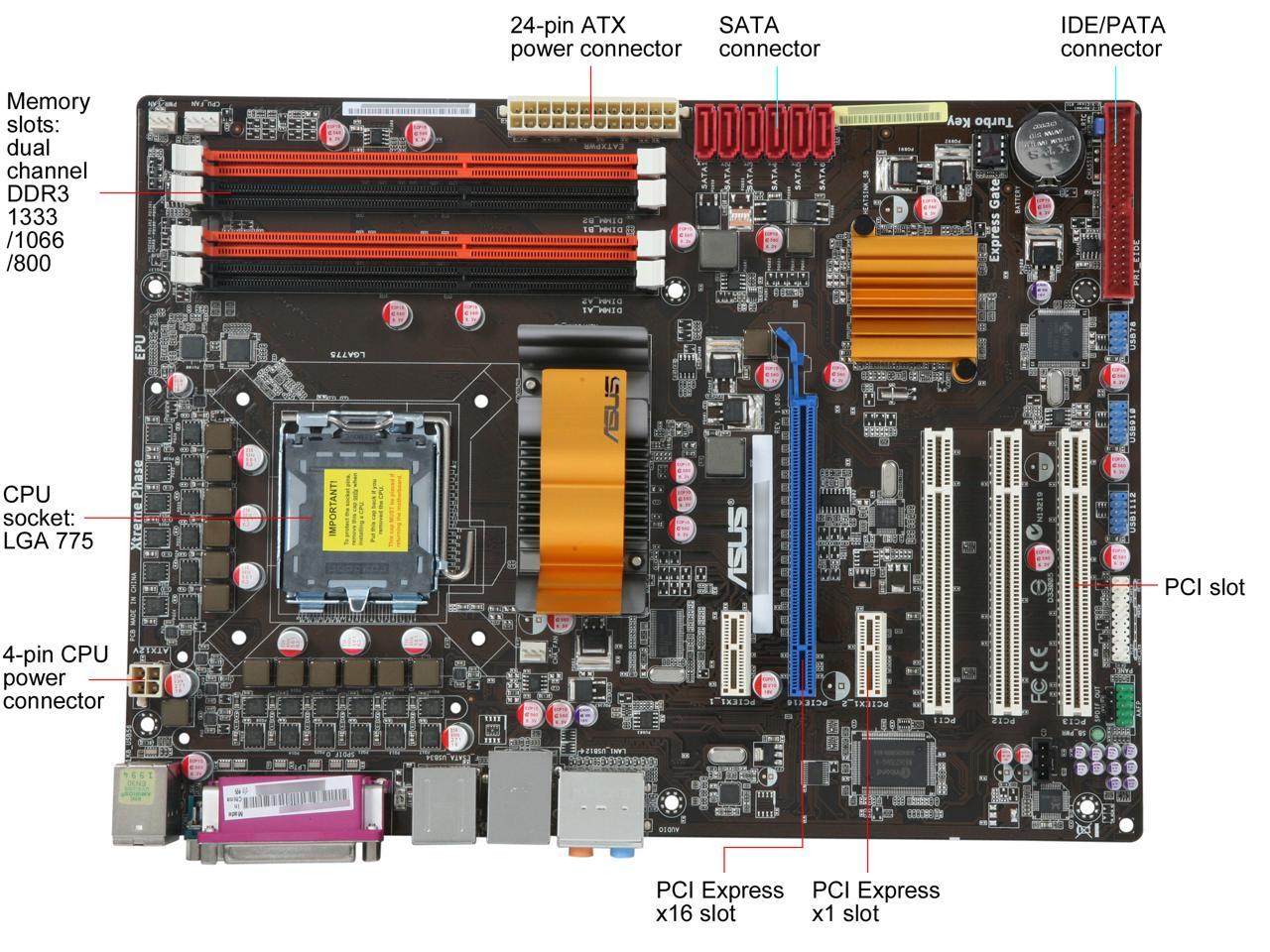 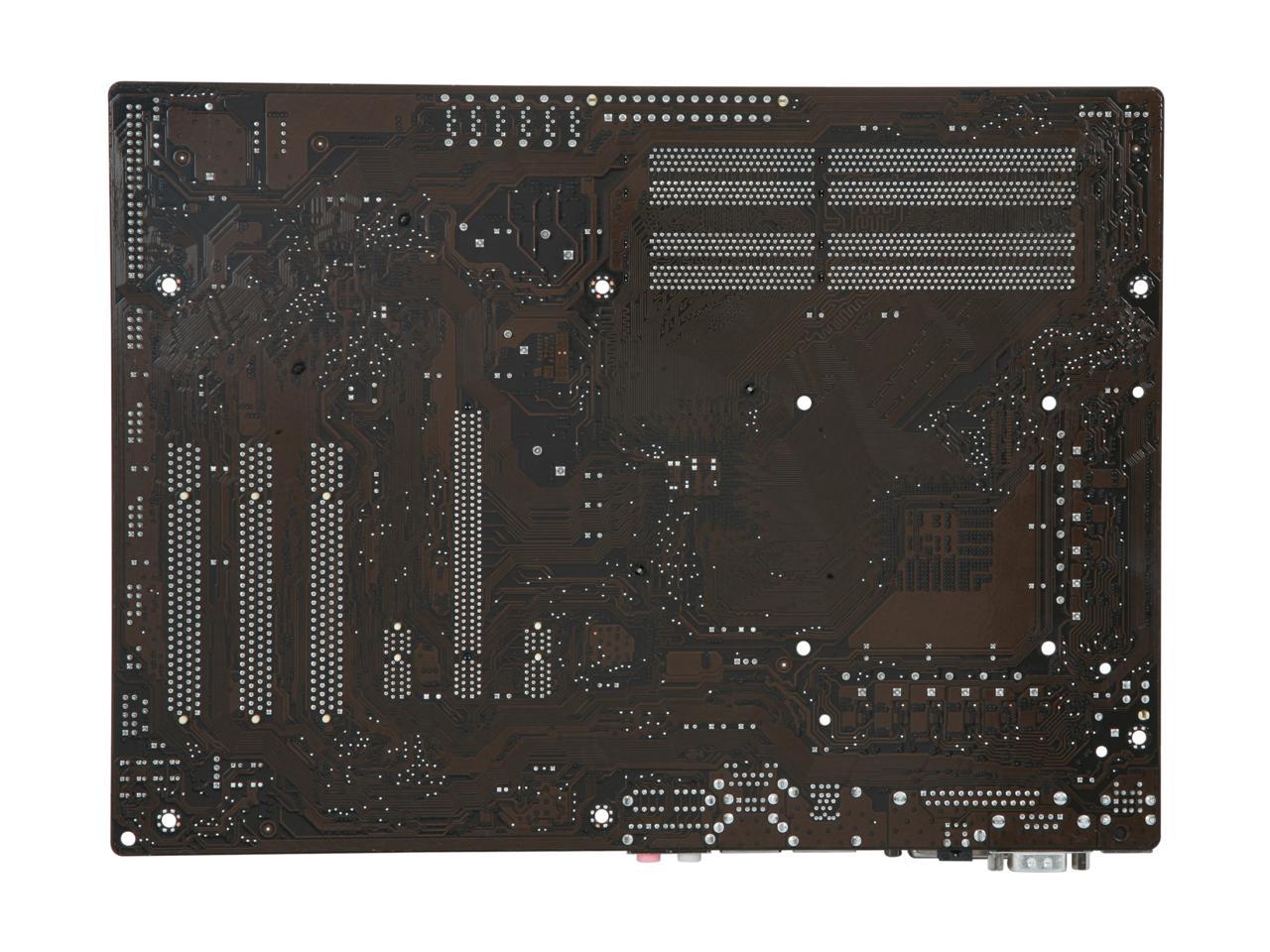 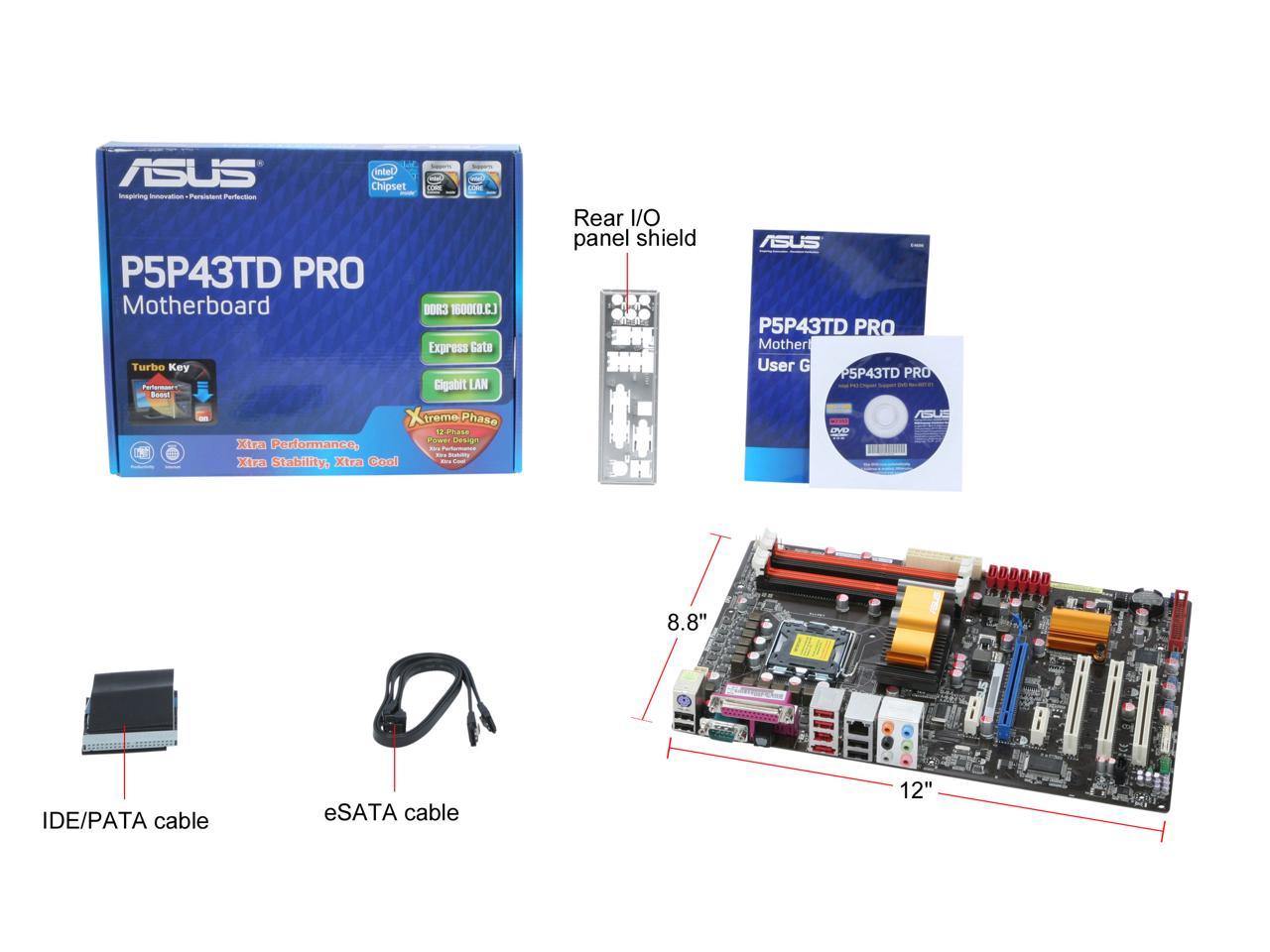 (29) Write a Review
OUT OF STOCK.
Specs
Reviews

Pros: - Stable. All my components are working at top efficiency. CPU is cool, GPU is awesome, memory, HDD and OD are all fine, front and back ports are all working. There is also nothing wrong with the LAN port as someone mentioned in a review. Seriously go get this mobo. - DDR3 memory. Top of the line memory standard and performance is great. - 1 PCI Express x16 2.0 slot. 1 graphics slot was all I needed and I got it. 2 slots are not worth the extra money. Sure you get more performance but SLI and CF never allow you to utilize the full potential of 2 cards. Besides GPUs get outdated quickly. Wouldn't you rather discard 1 GPU than 2? -eSATA+Optical audio ports. I've been trying to find a mobo with these features and I'm glad I got this one. They're an added bonus to an already great board.

Overall Review: To all the owners of this motherboard who cannot get their facts right. THE PCI EXPRESS X16 PORT IS 2.0, or Gen 2, latest and greatest..whatever you want to call it. Instead of yammering nonsense and docking off eggs, spend some time researching your new motherboard. If you don't believe me, install this neat program called GPU-Z that tells you exactly what version of PCI express that your card as well as your motherboard is running at. If you STILL don't believe me, know that this mobo uses the P43 intel chipset, one of whose features is...you guessed it, PCI Express x16 2.0. Yes it's true that newegg forgot to include this information, but come on...is it that hard to look it up? Hint: Use Google.

Pros: It's stable and easy to set up, 2 of many great Asus attributes. It also has lot of control to fine tune memory and CPU settings both for over clocking and stability. Runs DDR3. Has SATA, but also 3 PCI for older cards

Cons: Same as previous comments, some connections can get covered over depending on what hardware is being used, though not a deal closer.

Overall Review: For what this M.B. can do it is too cheap, the low cost almost put me off! It's part of a great bridging PC I put together that will continue to use some legacy PCI audio equipment but with a more up to date chip set , memory, and processor with my trusty XP Pro. It will still be very potent when Window 7 is stable and I upgrade the OS and the rest of my components.

Pros: It is a well priced motherboard for what it can accomplish. I really enjoy the fact that you can surf the internet without getting into the OS. It has good overclocking potential and has many features that other boards in this price range would not even dream of. I have allways been a fan of ASUS though and that is all that I use. I purchased one INTEL board and RMA'd it once and INTEL would not RMA it the second time even though it had a three year warranty. So needless to say I am partial to ASUS, as well as NEWEGG.

Cons: I have not found any yet, if I do, I will revise my posting here.

Overall Review: It is a great mother board for the price. Make sure that you realise that even though this is a LGA775 that it is a built on 45nm architecture and not 90nm so your Pentium 4's with Hyperthreading will not work, and neither will the older Intel Core 2 Duo's. Also, it only takes DDR3.

Pros: This motherboard is very good with lots of extra features built into it for a very generous price! It can overclock your CPU within seconds and the same with ram! I love this motherboard!!!

Cons: I was thinking about giving it 3 eggs since i had to RMA because the board was DOA and it got fried when i tried to turn it on. But I know it's not neweggs fault just that it happens! The RMA process was very easy and fast so I didn't mind it!

Pros: BIOS makes overclocking a cinch. DDR3! Although that speed comes at a slight price premium over DDR2. Quite a few SATA channels (with RAID!), and a legacy IDE controller to boot. Cheap!

Cons: ...as pretty much everyone else has said, if you have a particularly loooonnngggg video card (or any sort of card), there's a good chance some or most of the SATA ports will be covered. But that's a very minor con, really. Errrr.... there's only one PCI-E x16 slot? I can't really think of any cons....

Pros: At stock the board runs great, and has all of the needed add-ons, i.e firewire, S/PDIF Out, Raid, and DDR3 on a socket 775 board, and it's under $100 bucks. With it I was able to upgrade my system for very little money. When you are on a budget, this board isn't bad.

Cons: It was Definitely harder to overclock this board than I had expected. The simple bump from 1333 to 1600 which I read that several other people had done, wasn't quite as easy as I had expected. I did get the board to run at that speed, and it has been stable, but the memory didn't do it.

Overall Review: I spoke with both Asus and OCZ(my memory manufacturer) and pretty much both of them blamed the other for the system not running stable at the rated 1600mhz that they both claimed their products were capable of doing. I have given up the quest, not because I believe it is impossible, but I don't think it will be worth the trouble to make it happen, and I'm not getting any help from either company. The board runs at a steady 1600mhz and the ram is running at 1333mhz which is fine, but I did expect better when I was ordering the parts. By-the-way, I am using OCZ OCZ3P16004GK which I got from Newegg as well.

Cons: i got it doa, one of my ram slots was bad. came with a terrible bios. i had to underclock my ram just to get the pc running. returned it and going with a different mother board.

Overall Review: maybe it would of bee fine but i really dont want to take the chance.

1 out of 1 people found this review helpful. Did you?
Manufacturer Response:
Dear Valued Customer, We are sorry for this inconvenience. Please let us know if we can assist in the RMA process by contacting us at http://vip.asus.com/eservice/usa_rmaserv.aspx and reference case number "NE500901". Or, if you need further technical support, please contact our Technical Support Department at http://vip.asus.com/eservice/techserv.aspx Best Regards, ASUS Support Team
Anonymous
Ownership: 1 day to 1 week
Verified Owner
MoBo9/9/2009 11:27:42 PM

Pros: Excellent MoBo. Everything laid out for cable connection, even the PATA located at the bottom is on the far right so as to have length for connecting up the CD/DVD and/or PATA HD. Works like a champ. Highly Recommended.

Overall Review: Could use more mounting holes for the board giving it more support in the middle when pressing on the SATA connectors. Just a little weak.