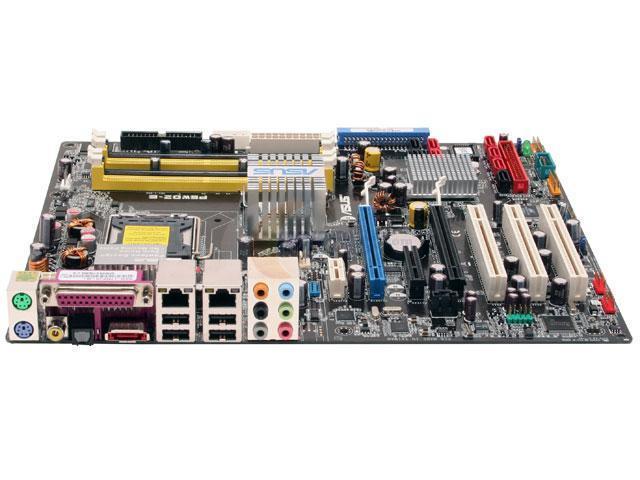 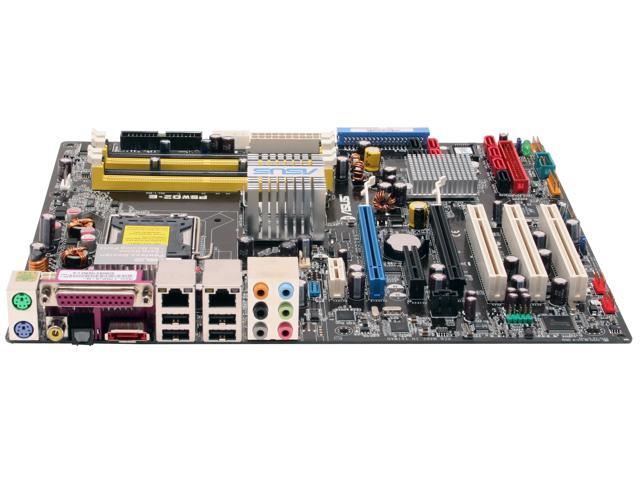 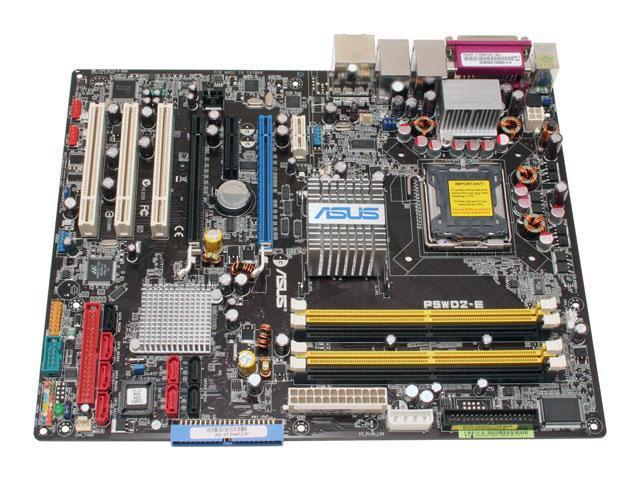 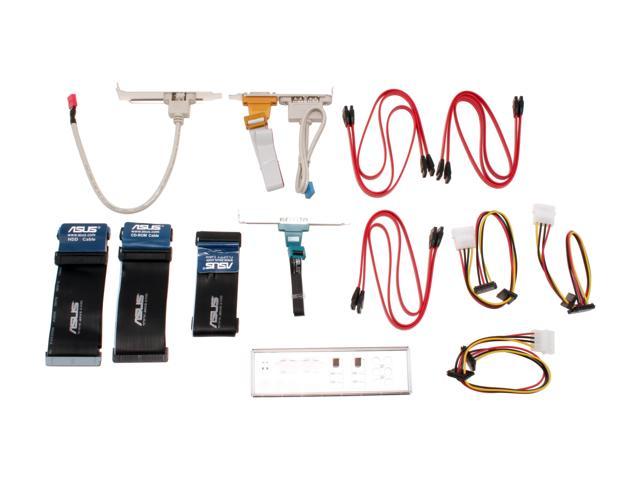 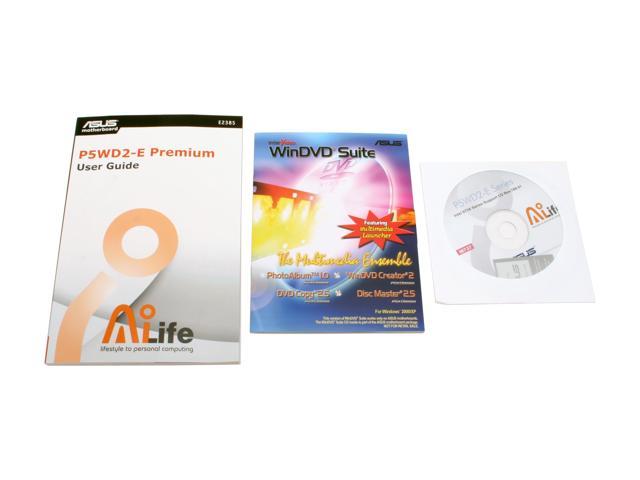 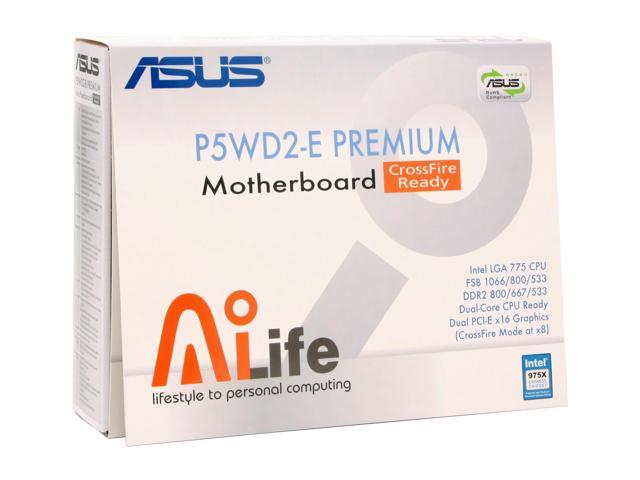 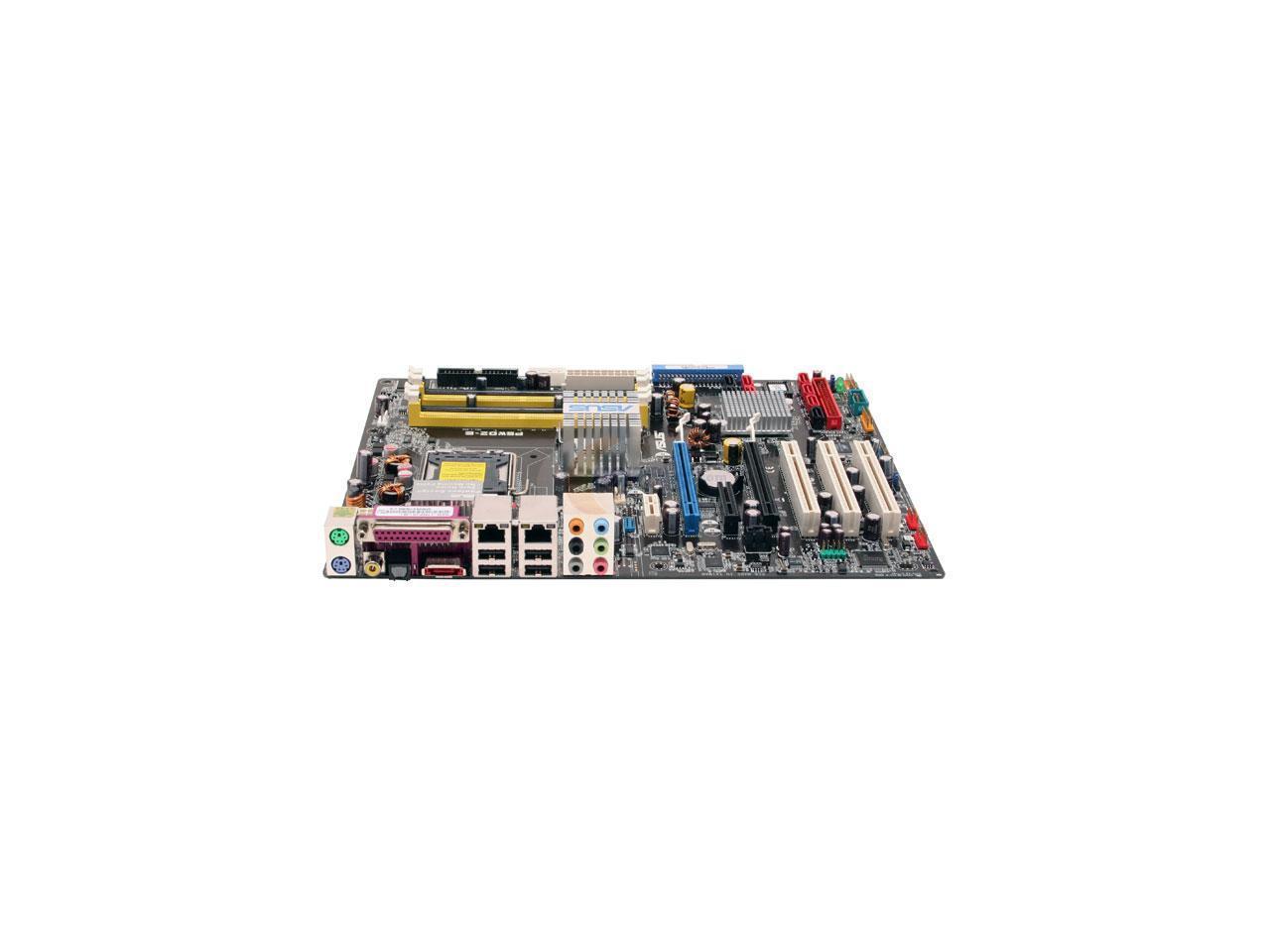 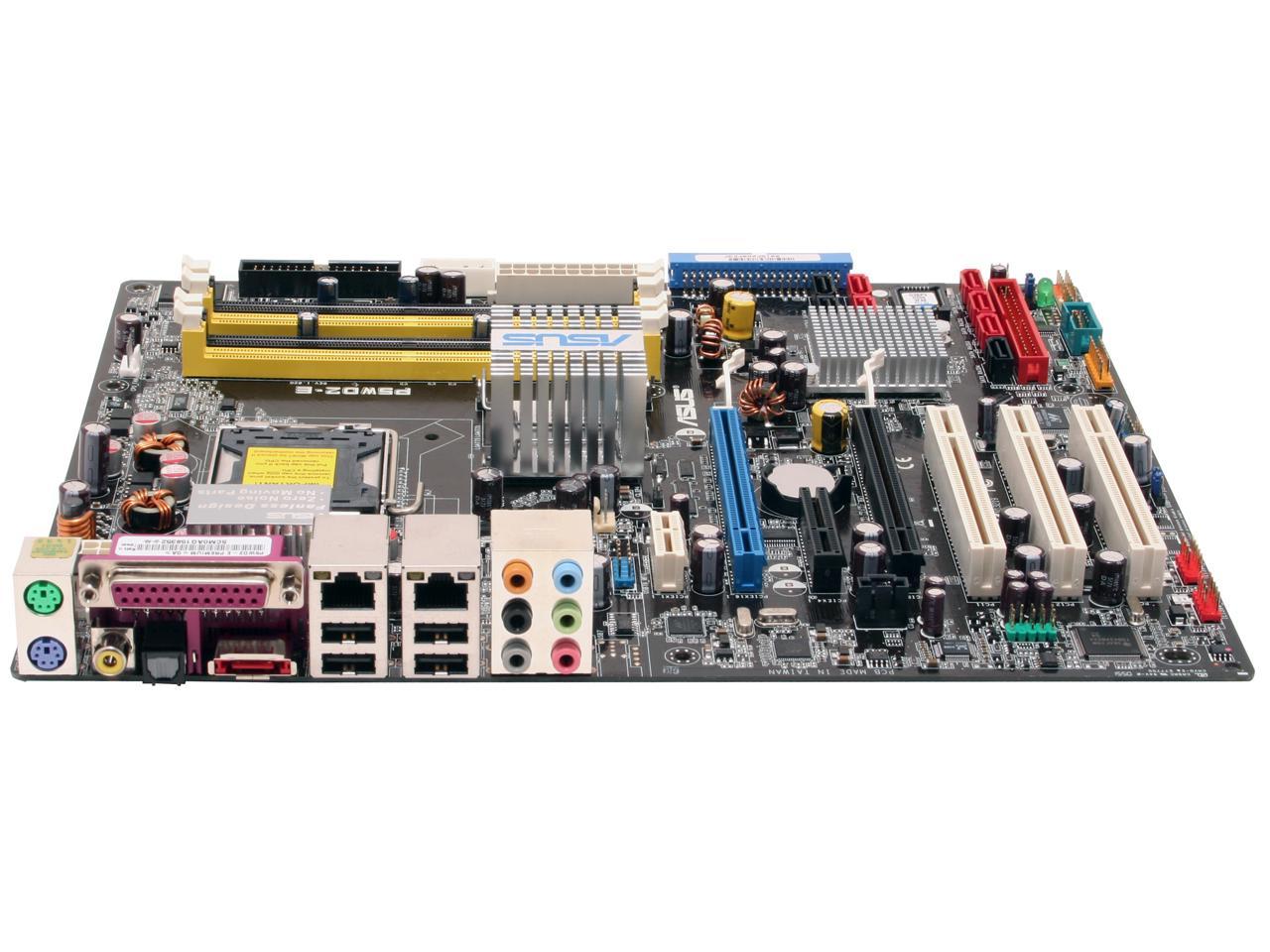 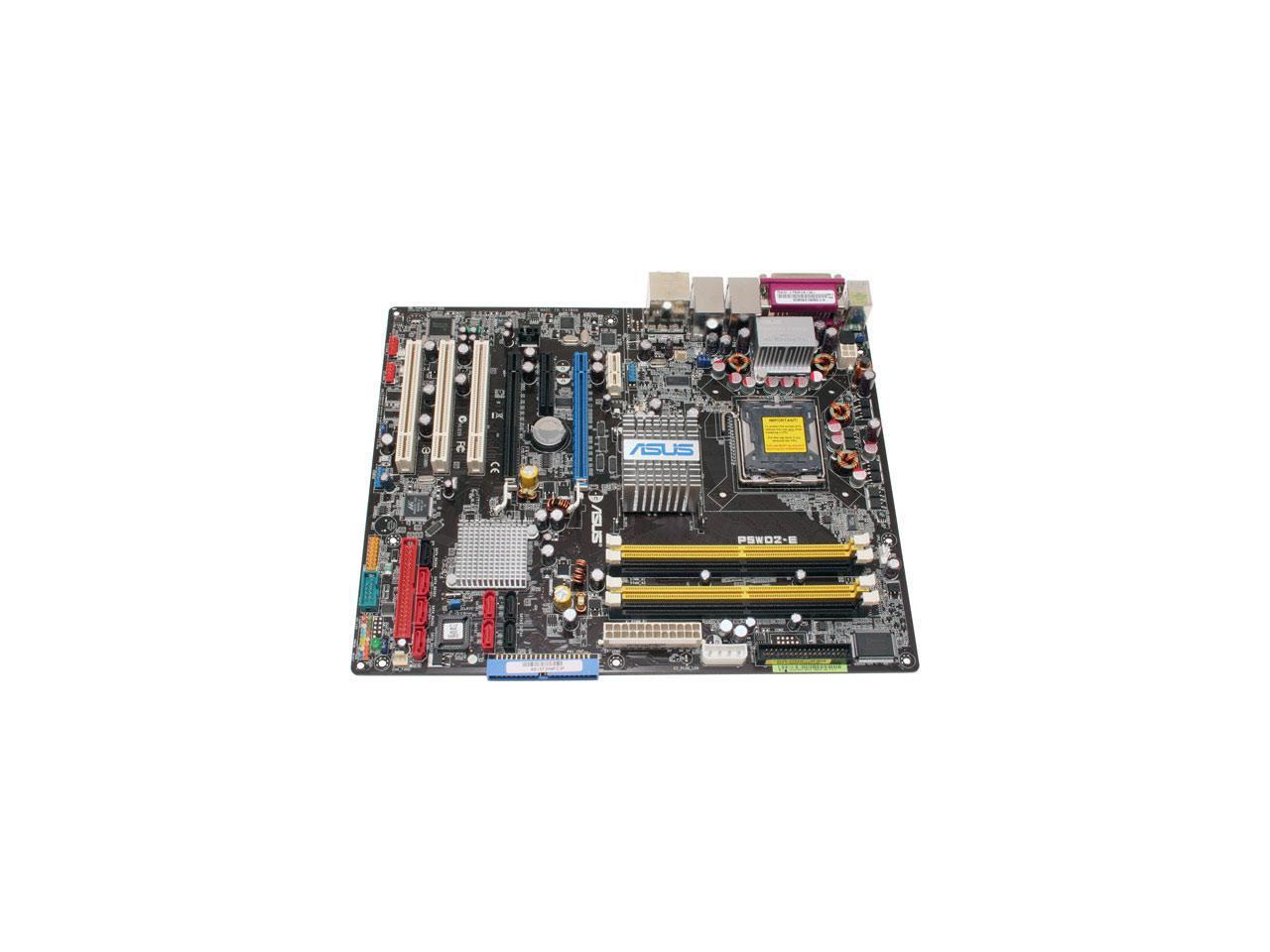 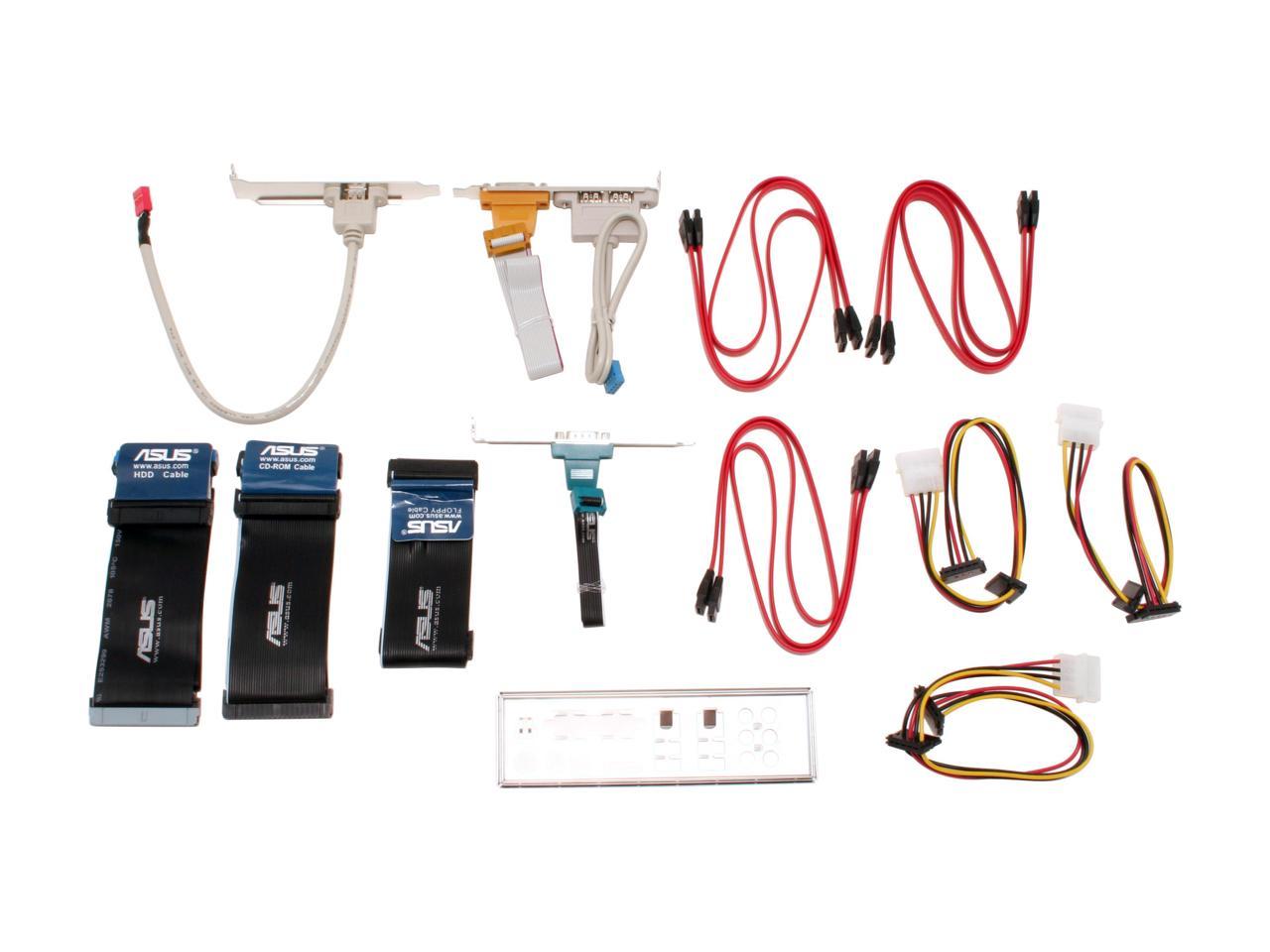 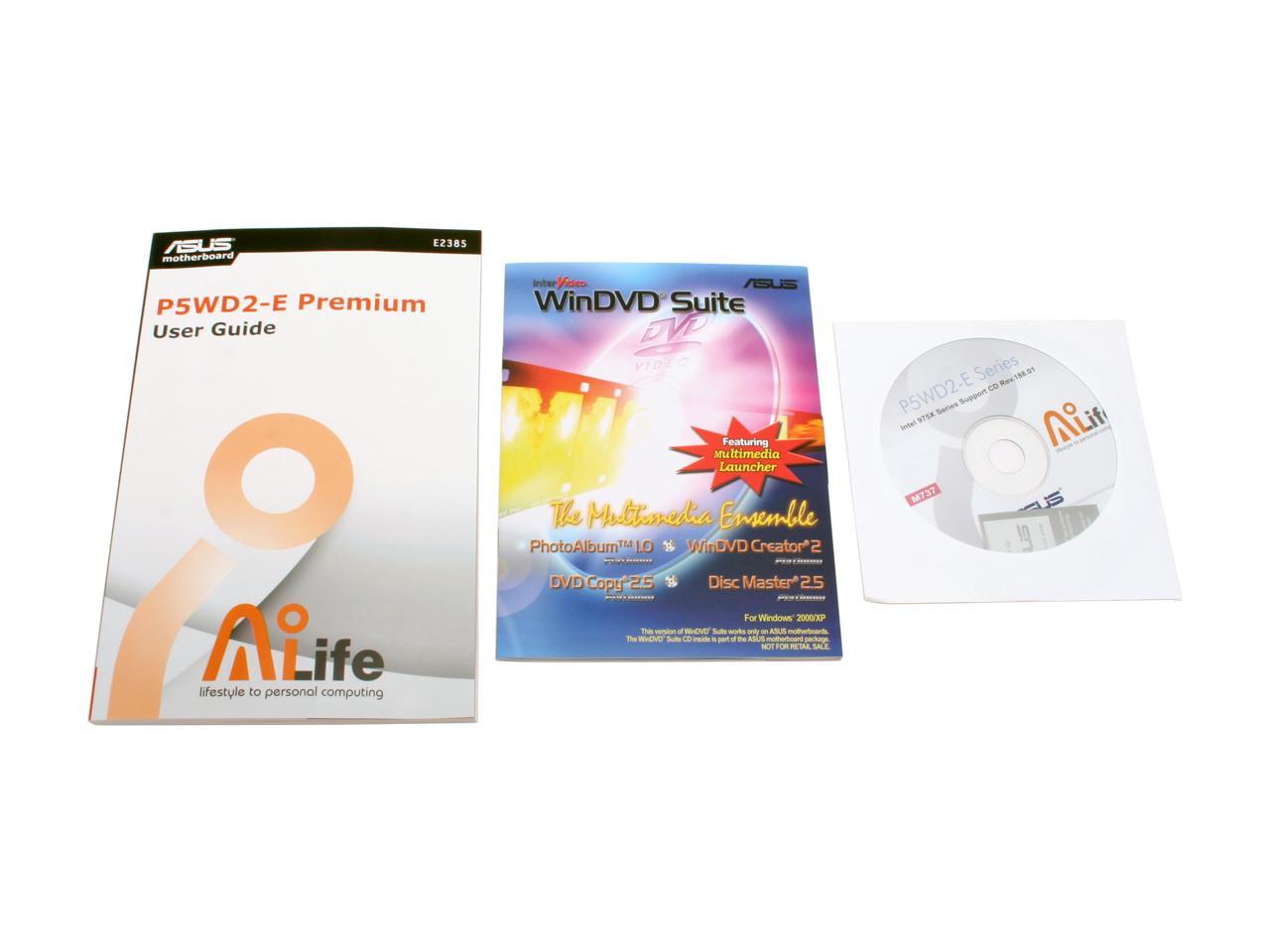 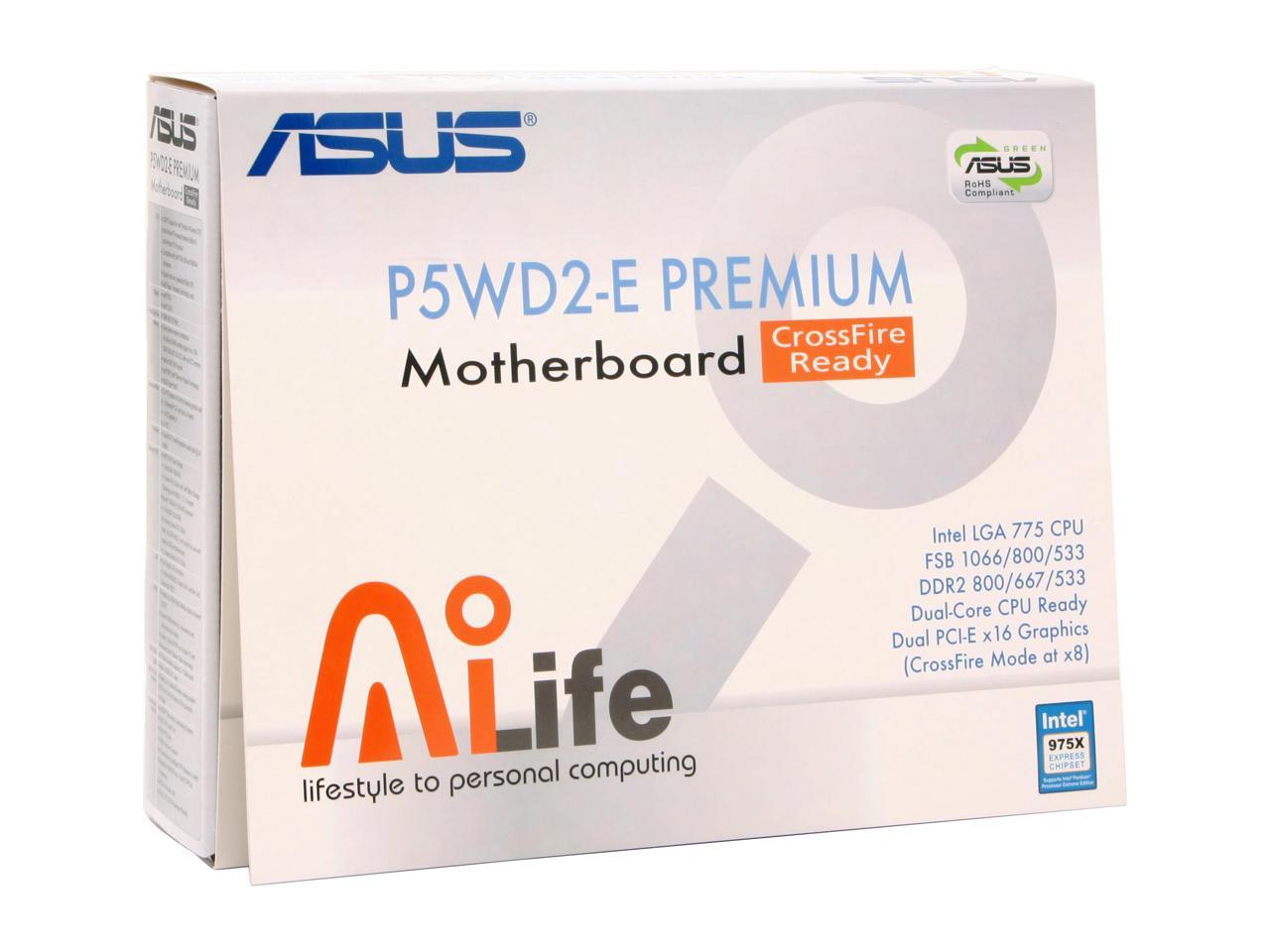 (85) Write a Review
OUT OF STOCK.
Specs
Reviews

Pros: This is the second review I have left for this mb. I have had this mb for 3 months now and its performance is outstanding, asus advertised marvell controler as a raid controler, which it is but only funtions as a sata/pata until asus releases software which will allows raid. If you plan to boot hard disc from the marvell ports you must use F6 durring set up and load the the drivers from floppy drive, and it dosent matter if you have the #206 bios or the latest #401 bios, the 401 bios only resolves a usb keyboard issue, the latest marvell driver is the same as the first driver that has a different xp exe.file that allows installation with windows. Also voltage regulators for CPU are best left in auto for over clocking when using 900 series pentium D CPU, the voltages will appear unusally low but thats normal, because the mb was designed to support those cpu's and the upcomming conroe dual core cpu's, the manual core voltage settings are there for earlier cpu requirements.

Cons: NONE, Other than ASUS lacks the info in there manual on what this mb is really capable of, such as four extra sata2 ports, and 2 133 EIDE ports even though there not raid yet, which nobody else offers. Not everybody is a engineer!

Pros: The 975X chipset is the best yet, the new stack cool II is recessed into the board unlike my 925XE board which makes it easier to install more cases, such as my Thermotake Tai Chi case with liquid cooling.

Cons: None, other than the audio could be better, such as creative X FI onboard.

Pros: This board works great w/ 5 sata HDD. This is follow up to my review below. I installed 4 raptors in raid 5 with no problems including windows 64 - this computer is unreal fast. The Marvell controller is not a raid controller. Yes it did not work at first. The controller works great. You must install the INF update and windows update and then the drive shows up as a scuzzy drive in the device manager. I formatted the drive with no problems. This system is running a intel 965 at 4.68ghz air cooled - on 272 bus. Do not believe the reviews about this chip its amazing. The north bridge runs amazingly cool - i had it up 310 fsb on partial throttle. The system is simply amazing. You must load 501 bios and raid drivers everything worked seamless. I use asus alot and this was the easy install, for such a complex system. Remember you must manually set the bios - if you do not know how you should not be using this board. All overclocking must be off when loading windows and the ram set @ spec.

Cons: Asus tech support will help you and they are great even though they are always in a hurry - i think they time them? Sure Asus tech support is "iffy" - sometimes - but most guys are great and some are not so great. Sometimes you get non-mobo tech - call back - my review below I found out that it was a non-mobo tech! Phone time is cheap or almost free these days, i just call all the time and reask the questions - really i had only 1 really bad problem below. Newegg rocks!! Open box boards are a bargin if your confident and have the drivers. Asus even sent me a free i/o back on a open box. Asus rocks!

Pros: VERY fast. Flawless compatibility with Presler Pentium D 950 right out of the box. Splits the CPU load very nicely on many apps - vid rendering in Pinnacle a great example of the benefits of this (Ok the app has things to do with this too). Intel Matrix RAID ROCKS - using as 4 drive RAID 5. Marvell gig NICs super fast even through a slow Netgear router. Sturdy, clean-edged board with neat soldering (signs of good QA). Great driver CD and makes boot floppies from it too - anyone building systems knows where I'm at here :-)

Cons: Marvell RAID - version 0.2.???? says it all and I have not found any update on their site as yet. Just forget it until they clean this up - you don't need it unless you need more than four drives. Had problems getting the Intel to recognize another IDE HD on the IDE channel but takes the DVD burner so did not pursue it and just transferred the data.

Pros: It's been running very well for weeks now. I have a 930 Presler and 4 gbs of 5400 DDR2 on it running at 4ghz (w/1080mhz fsb and 540mhz memory speed). I have a cool case, but it's still nice to see a motherboard overclock so well on passive cooling. Oh, also, the layout is great.

Cons: It would *start* to boot from CD with the blue-ended PATA cable labeled "CD" plugged into the blue colored PATA socket, but it would only boot completely if I used the orange socket. Maybe the color coding is there to tell me where *NOT* to plug it in? :P Also, the documentation should make it clear that one has to have SP2 on the install CD itself, you can't install using an XP install CD with only SP and then patch it up to SP2 afterwards. My audigy 2 card only works in the third PCI slot.

Overall Review: I'm running 3 drives off the Intel SATA controller, two mirrored. I haven't tried the Marvell. Also, I have an Nvidia

Pros: Excellent overclocker, and tons of options to tweak.

Cons: Voltage fluctuations are a little odd, but not bad. It defaults to auto-overclock. Popular memory must be timed manually.

Overall Review: Get the newest BIOS and the Marvell contoller won't be a problem anymore. If you have problems, go to their forums - there are great solutions to the most common problems.

Pros: Install was smooth. But then again, I disabled the Marvell Raid controller, onboard sound & one of the onboard LANs. Seems to hit high FSB effortlessly. I hit 280+ FSB while playing around with it just in the first few minutes.

Overall Review: I've got my Pentium D 920 running at 3.8Ghz at default voltage (271 FSB). It could go higher but needs more juice, which makes it run hotter, so I'm content at 3.8Ghz.

Pros: This board is awesome! I build 2-3 systems a week. This out does anything I've seen so-far. Something I purchased for my own system. Not just the chipset, its the ASUS board itself.

Overall Review: get a good crossfire video card to watch what spectacular things it does!