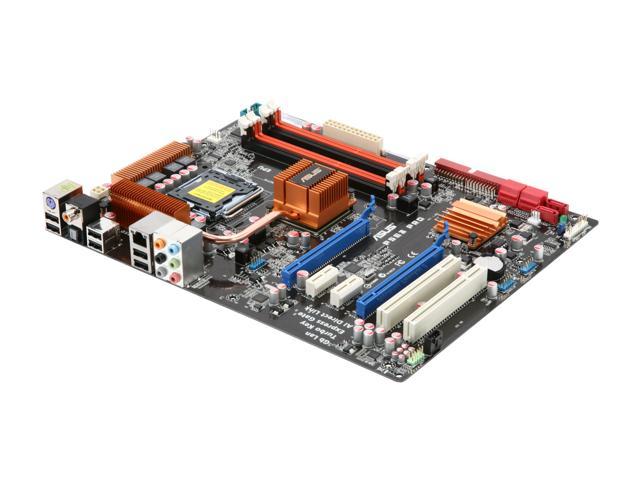 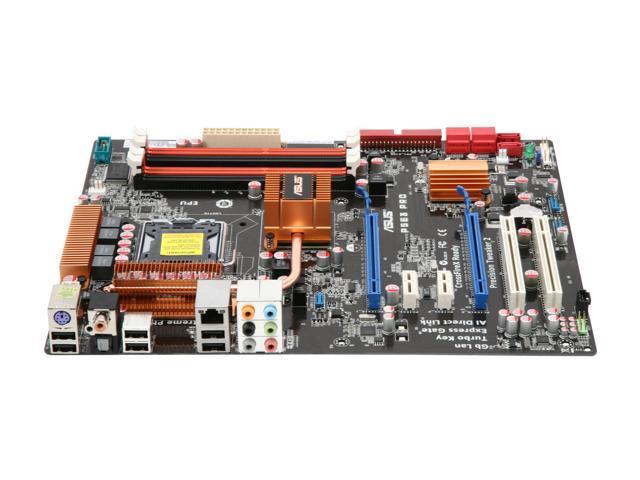 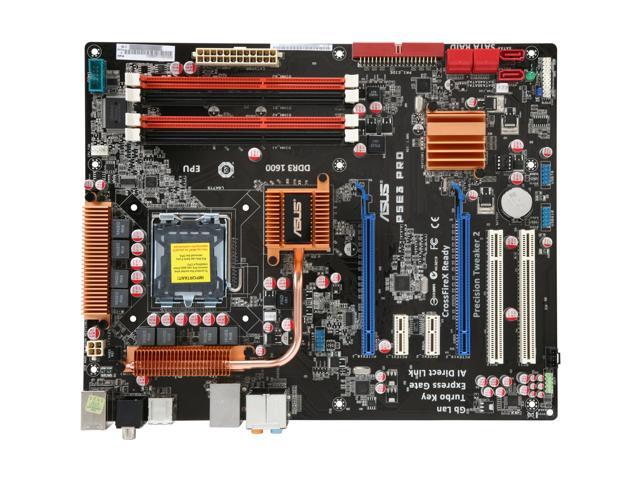 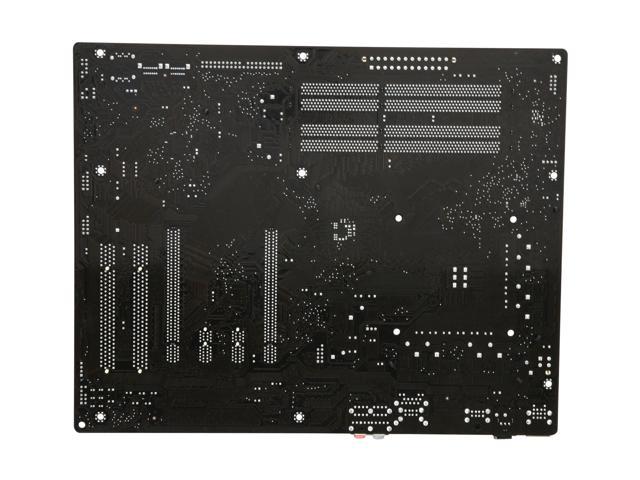 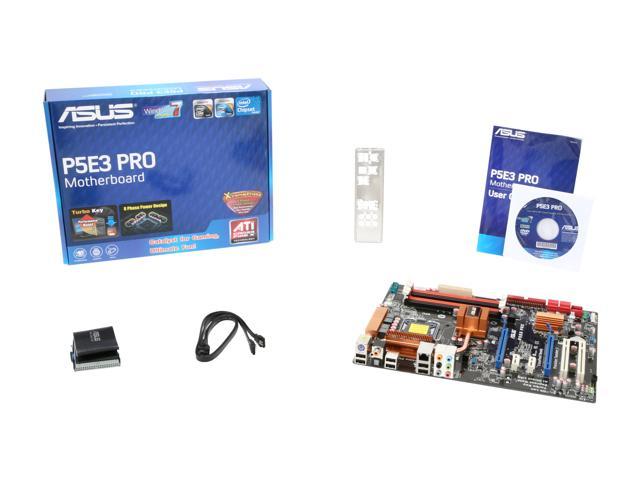 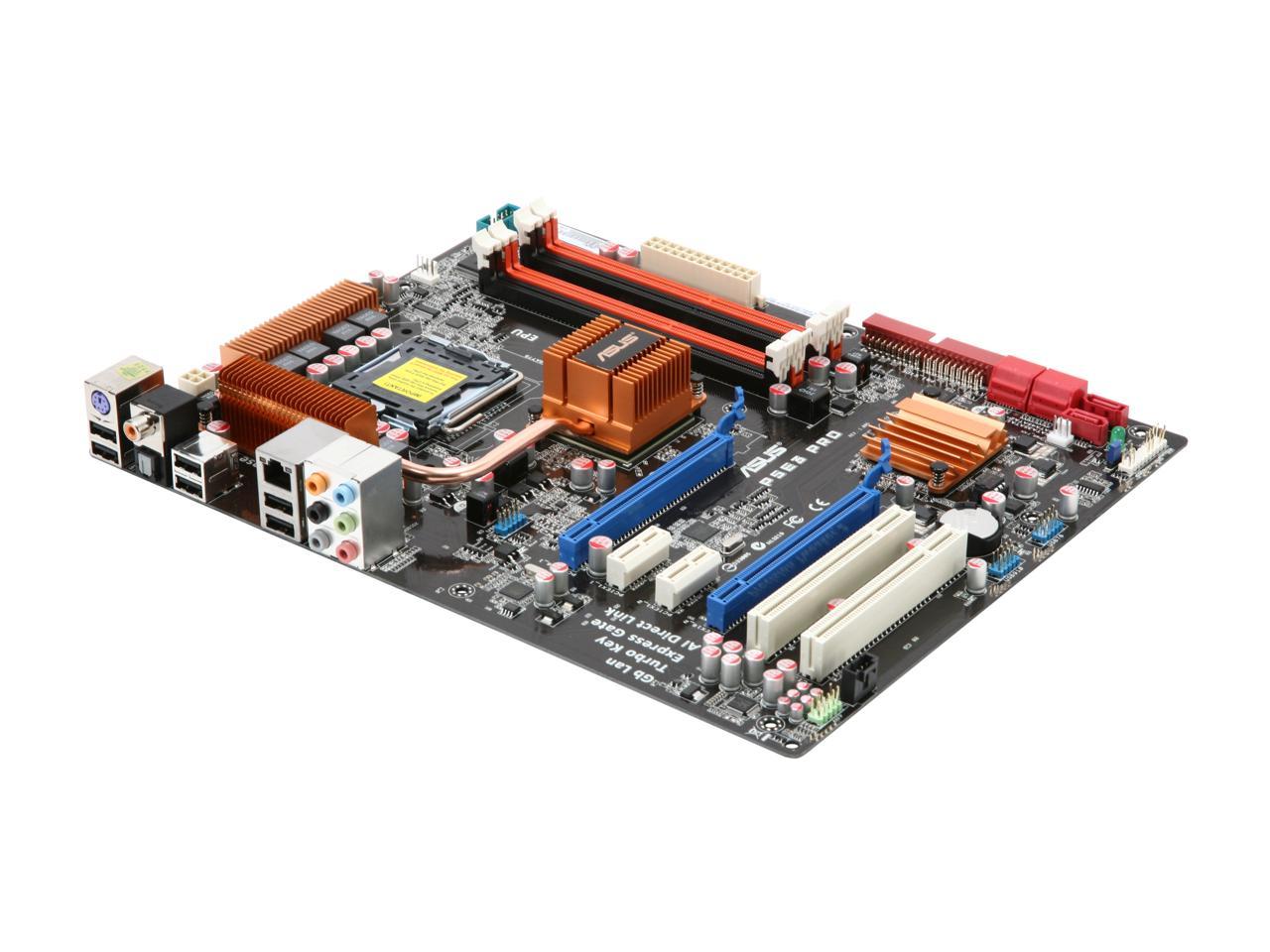 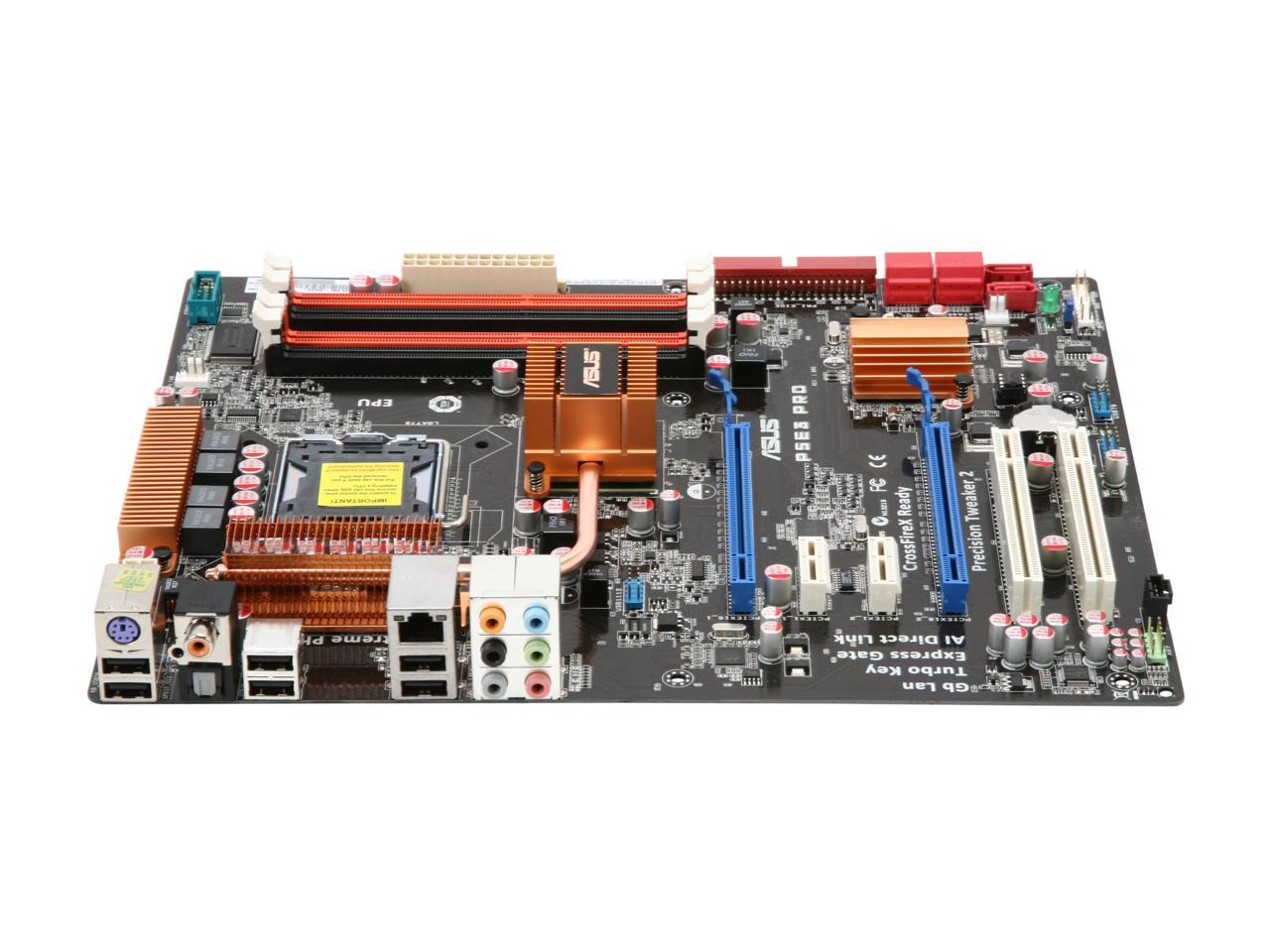 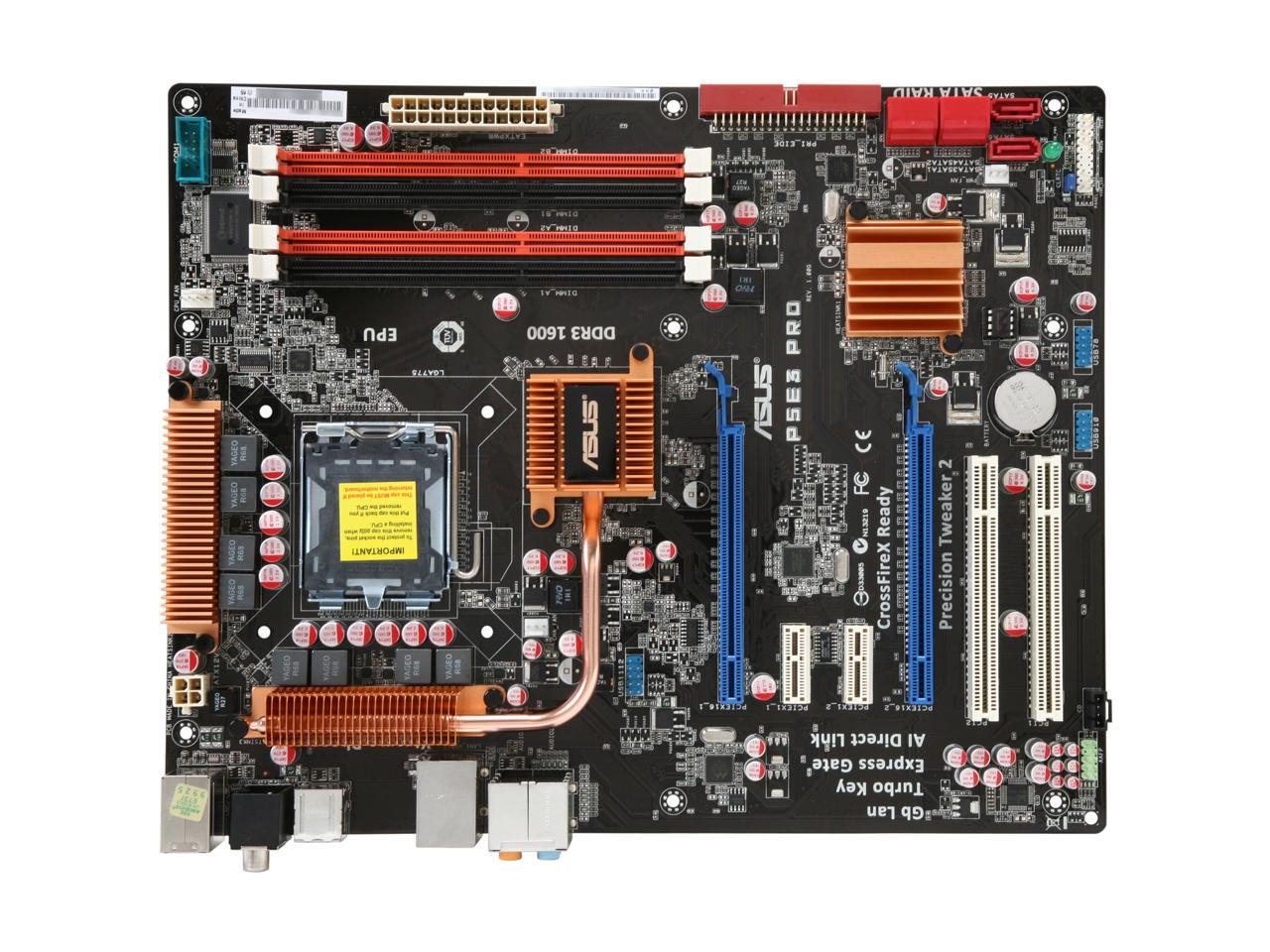 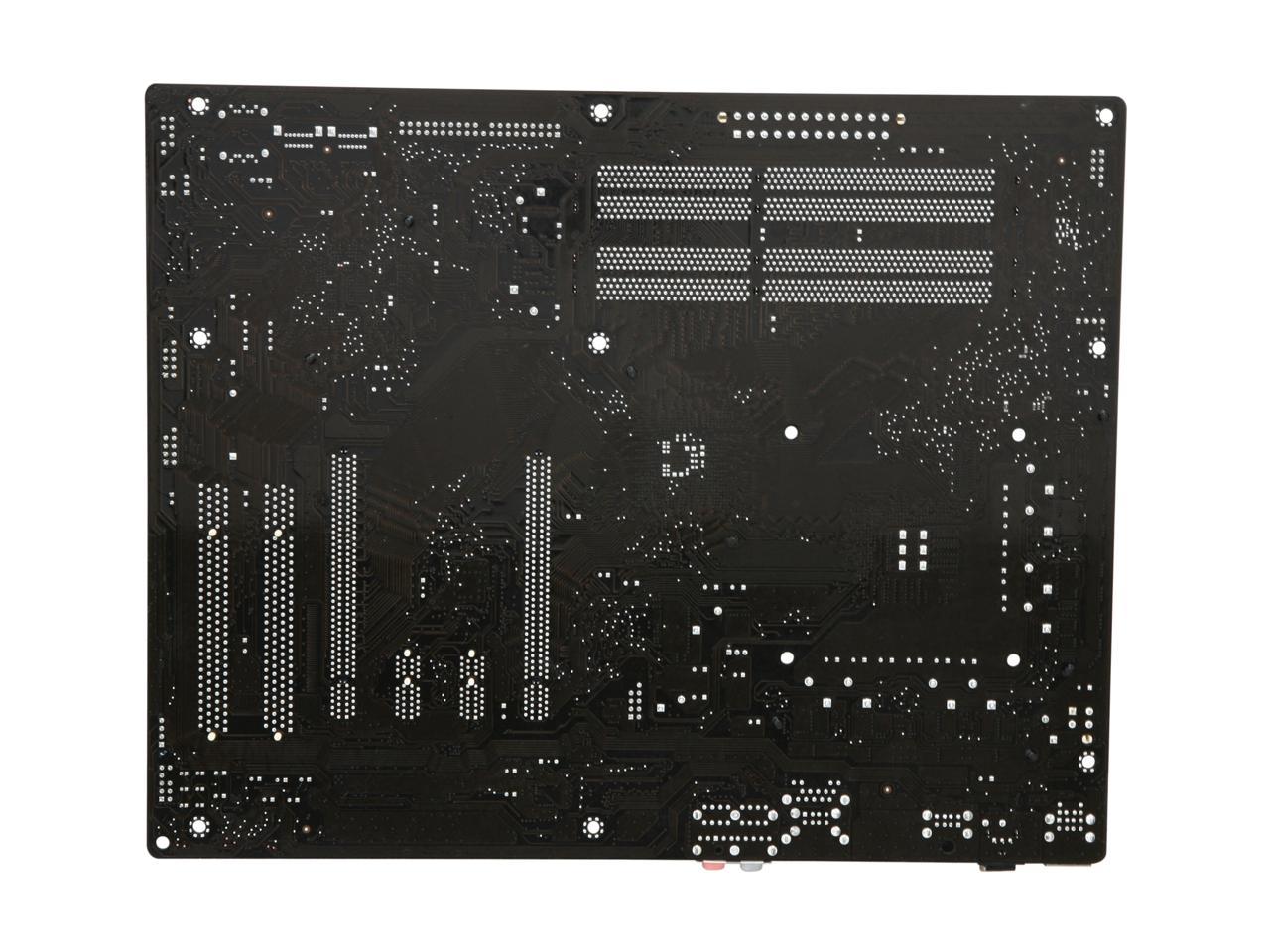 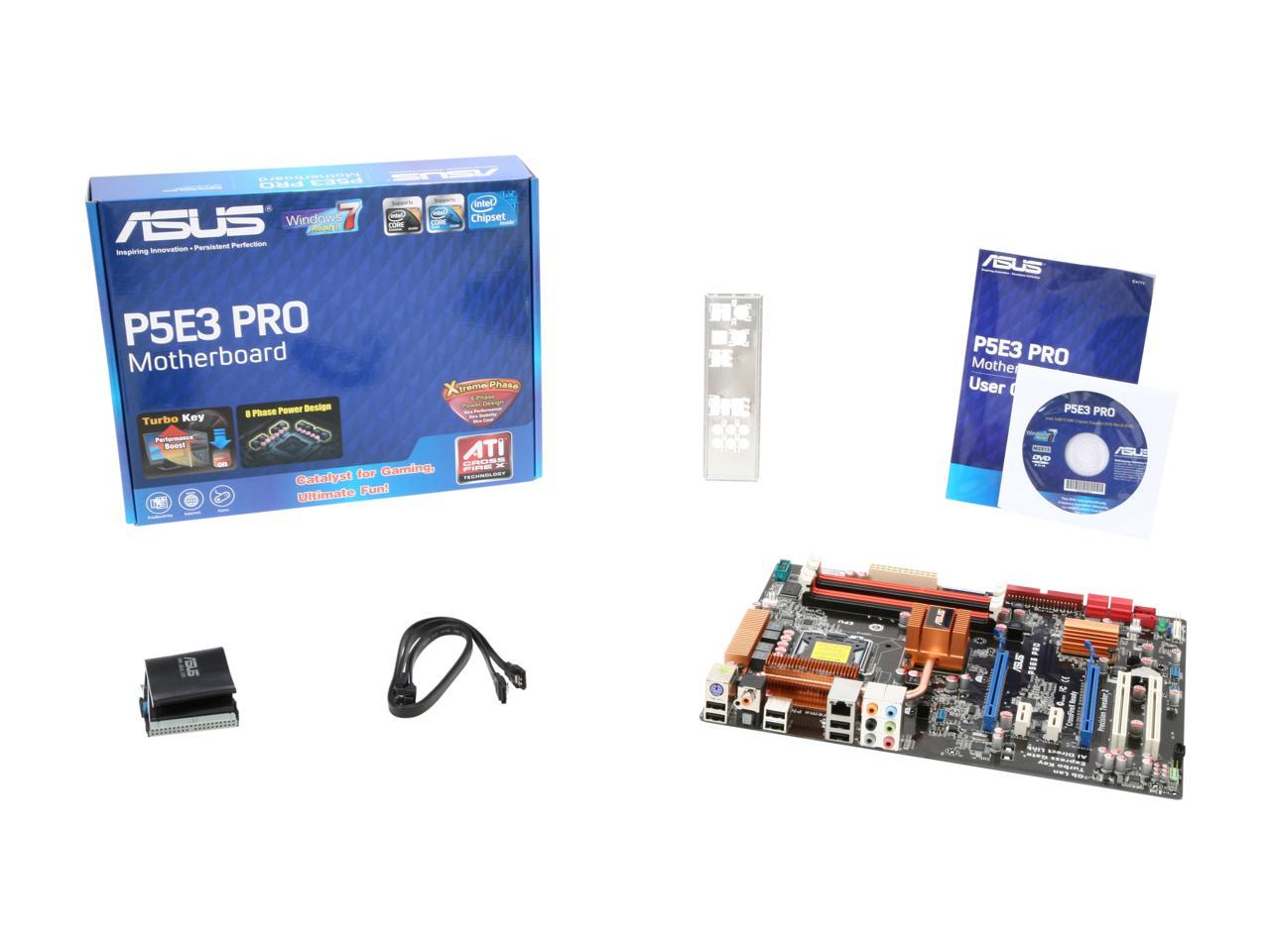 (55) Write a Review
OUT OF STOCK.
Specs
Reviews

Pros: so far its been stable and fairly cool. hasnt made any bluescreens or anything. fairly flexible overclocking section. bios is pretty easy to navigate

Cons: as with most boards with sli or crossfire. there is a small heatsink that will be right under one of the cards but i dont see it being too much of a problem.

Pros: I usually do not overclock, but I'm still impressed by the flexibility of this board. It has a quirky overclocking AI that I'll get to in the "Cons" section below, but for the most part the overclocking options are robust. FSB and memory speeds can be incrementally adjusted in values of 1, which is nice. Voltages are easily adjustable as well. I like the BIOS recovery whenever POST fails - the motherboard automatically lowers FSB and multiplier on next boot-up! Both 4-pin and 24-pin connectors are easily reachable and are unobstructed. The placement of the 4 SATA connectors on the edge of the board is a nice gesture towards folks with very long video cards. Hmm, the X48 chipset is why I bought this in the first place. I wanted to run SLI, but the dearth of mobos that could run my Intel Q9650 LGA 775 1333 MHz Extreme forced me to go the Crossfire route. Other Intel chipsets that ran Crossfire only operated at X16/X8 pairs, so that was a no-no. (continued to "Cons" section)

Cons: Besides, HD5770s were going for $160 versus the $210+ GTX 260s (video cards that are somewhat on par on performance with each other). With an existing processor, it was far cheaper to go the Crossfire route than the SLI route at the writing of this review. Now, for the ASUS overclocking AI built into the BIOS -- it's utter cr-ap. My advice to you is to set this BIOS feature on MANUAL to free yourself of any headaches. Set your CPU FSB and multiplier (on unlocked processors) manually, and set your memory frequency manually. Of course, I don't OC as much, so I set mines at stock CPU/ram speeds. During my first few moments of Windows installation headaches, I received TONS of BSOD errors. Page fault, IRQLs not less than or equal to, etc. You name it, I got every single memory error out there. Only after troubleshooting did I realize that the stupid BIOS is AUTOMATICALLY trying to OC my CPU.. and HIDE IT (not on purpose, though). (continued on "Other thoughts" section)

Overall Review: Sick of staring at non-ending BSOD sessions, I finally took one look at the BIOS settings and saw the CPU FSB set to 1600MHz and multipler set at 7.5 for an effective 3.01GHz speed by the ASUS AI Overclocking feature. I immediately screamed "B-S!" Stupid mobo OC'd my CPU FSB, dropped the multiplier, and didn't even compensate for voltage. A delta of 267Mhz effective requires a voltage bump that this feature effectively failed to perform. But it's easily correctable. I forced this feature to manual, forced the FSB to 1333, forced the multiplier to 9.0, and even dropped the 1600-Mhz-rated Corsair 2x2GB memory speed to 1333 to match FSB. Yeah, yeah.. I like my FSB to match memory speed... so sue me. Friends in computer science and computer engineering teach me the virtue of cpu/memory parity. :) And, LO AND BEHOLD, IT WORKS! It's stable - with that stupid ASUS AI Overclocking BIOS featured turned OFF! So, yeah... it's an awesome board, but turn that BIOS AI OC Option OFF!

Cons: none at all, temps are not as high as on my maximus formula x38 and voltages are lower also,

Cons: Lack of Firewire capability, but you can buy a firewire pci card for 5$ on the net... Only other con's with the board is the memory support. Will not work with the GSKILL F3-12800-4GBRL model. Will work perfectly with Mushkin 996657 2x2 GB 1600 mhz, but I just grapped the last ones on newegg...now out of stocks ! Still the mobo can work with others differents kinds of ram even thought they are not QVL. Give a try with Kingston or Corsair or patriot, they can work too. As per others reviewers, this is not true, all thoses RAM company have support for this mobo I have been in touch myself with Mushkin and they provided my compatible Ram.

Overall Review: - Support by Asus is Weak. They told me the Q6600 is not compatible with this mobo because it is not listed in the cpu support list. However, the Q6700, wich is the same model, same CPUID. The bios fully recognize it as windows so no problem. On the asus forum and on many overclocks forums people also use this system without any problem.

Pros: Good over clocking capabilities and control in the BIOS. No absurdly large heat sinks on the north or south bridges. Excellent price vs. performance vs. other options. Nice color scheme on the board. No paying premium for a few extra options in the BIOS like with the RoG versions.

Cons: There are no memory or north bridge sensors equipped with this board which is a rather large handicap when overclocking. So programs like Everest wont report any values when your tweaking voltages and monitoring temps to achieve stability if you overclock. A "touch test" on the north bridge feels very hot. But ive no way to accurately gauge its temp. Ive been running my system long hours with high loads and so far no instability.

Overall Review: Im happy with this board. Im tempted to rate it as 4 eggs for the lack of critical sensors on the north bridge and memory but so far I haven't had any issues overclocking b.c of it. Just take it slow, know your hardware limits. Ive also noticed performance gains in multiple areas compared to my former foxconn x38a MOBO which im pretty sure had a few defects. An all around solid board at an affordable price.

Overall Review: dont know what digitaljedi is talking about. My Q9550 works great with this board and i have it overclocked to 3.4ghz.

Pros: Set up of the board was good, better spacing than my older p5e.

Cons: I too had the problem of only being able to run 1 stick of ram. I ordered a second pair, thinking I had damaged RAM. Any one of my four sticks will work on its own, but any more than that and I get constant fatal errors. Checking with the forums over at ASUS support leads me to believe that this is a widespread problem and ASUS offers NO support. I am returning mine.

Pros: So back in early December I ordered myself a computer upgrade. Bought an ECS P45T-AD3 and 2 MSI R4650-MD1G's. My plan was to run crossfire. Put the system together and could not get crossfire to run. After tech requests with ECS and MSI I found the cards did not support crossfire. Spoke with Newegg, and they agreed to refund the money for the cards, and issued RMA's. Bought 2 gigabyte R467ZL-1GI's, which the manufacturer confirmed were crossfire capable. Purchased the cards from newegg, and they still wouldn't work. After several phone calls, tech requests, and about 6 hours looking through tech documents, I found out the Radeon 4600 Series only works if both lanes are PCI-e 2.0. Few more calls, and found x48 will do the trick. Have had excellent luck with ASUS in the past. purchased the board, installed it last night, installed windows, and the crossfire took right off. Very pleased all around now, and thank you Newegg for all your help

Cons: None. Excellent board, well worth the money, works as advertised, no glitches.