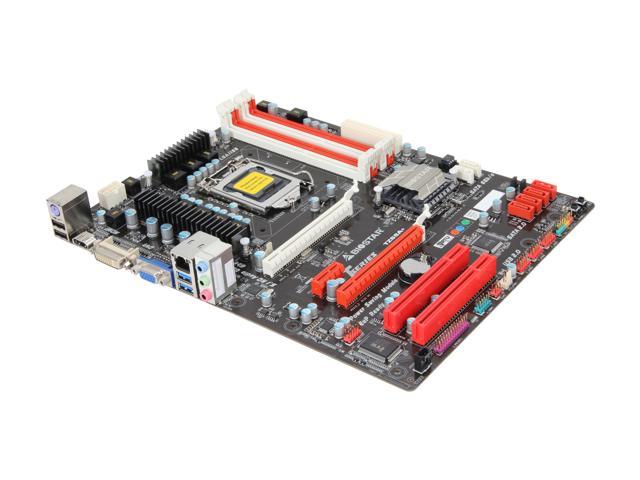 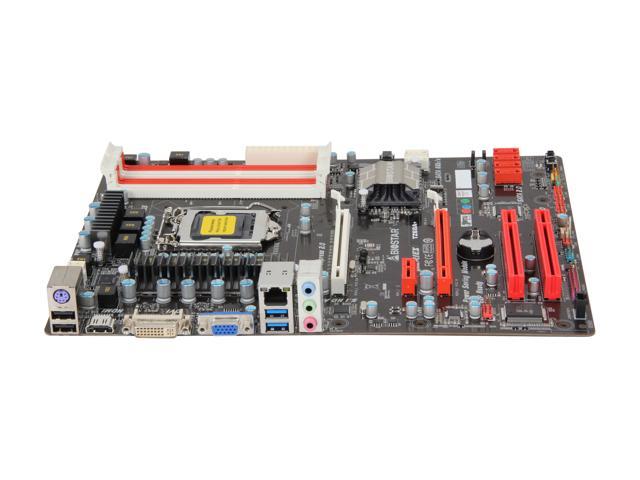 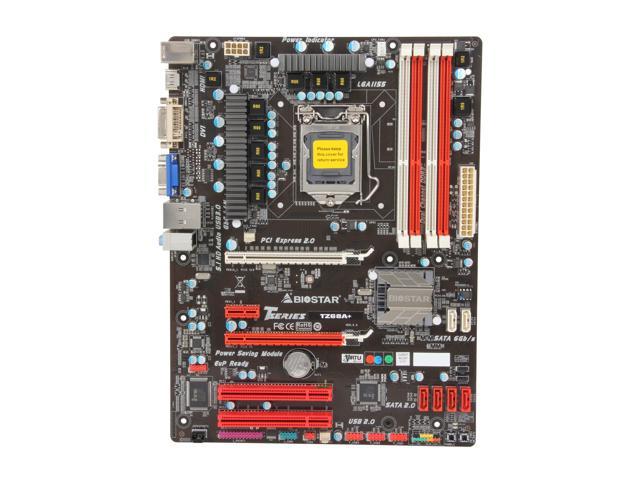 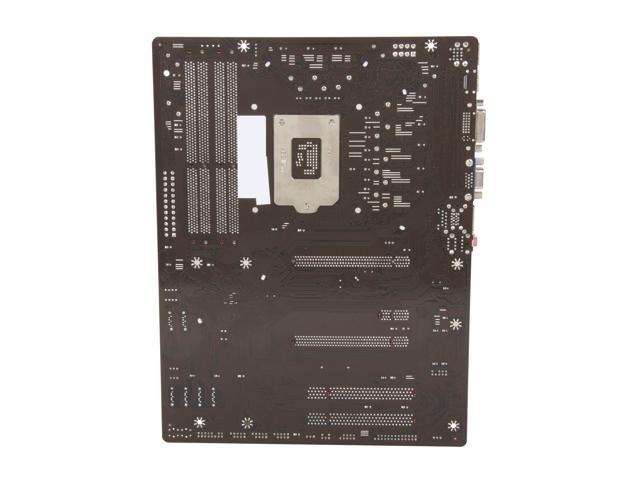 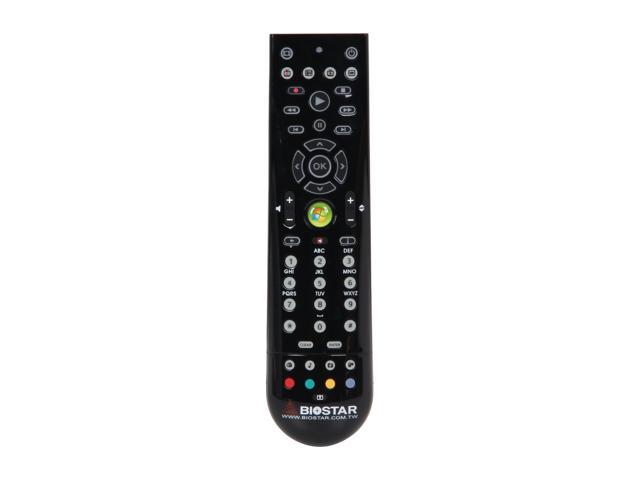 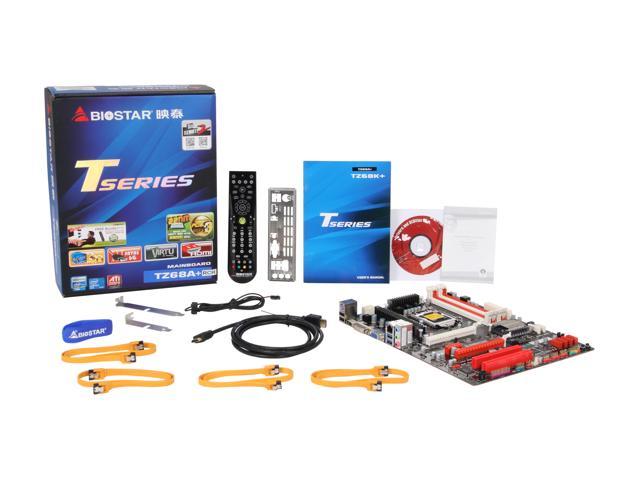 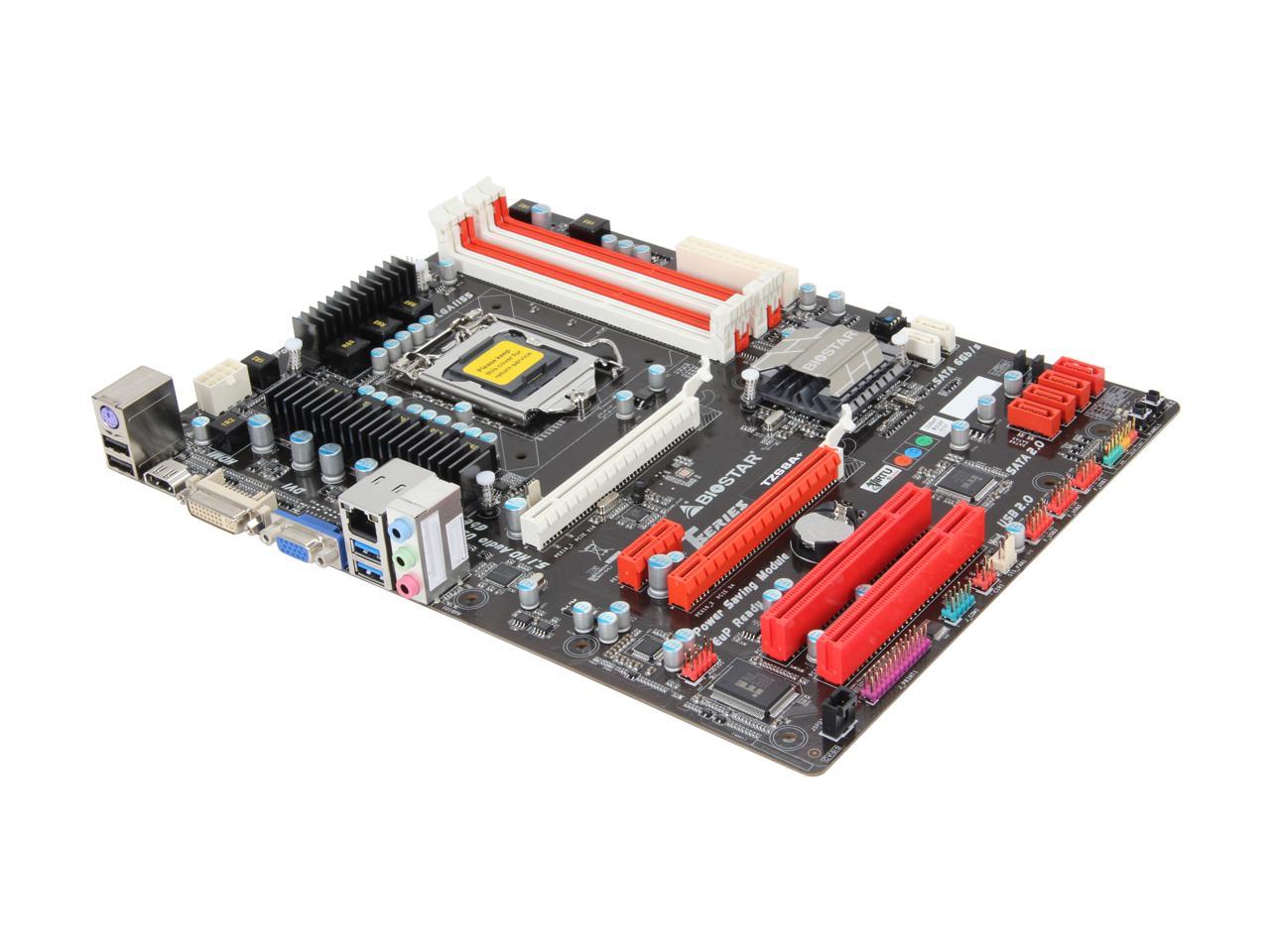 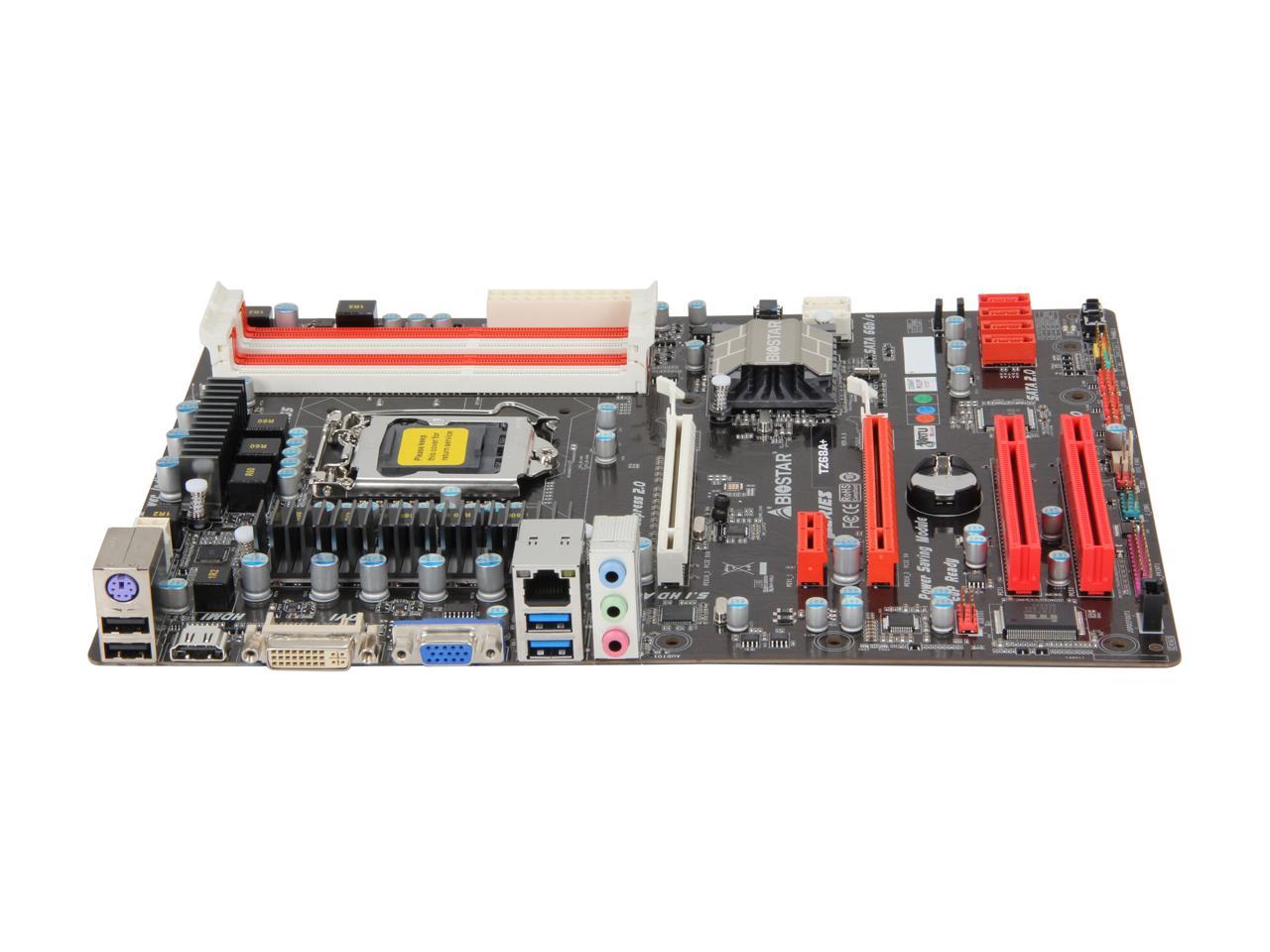 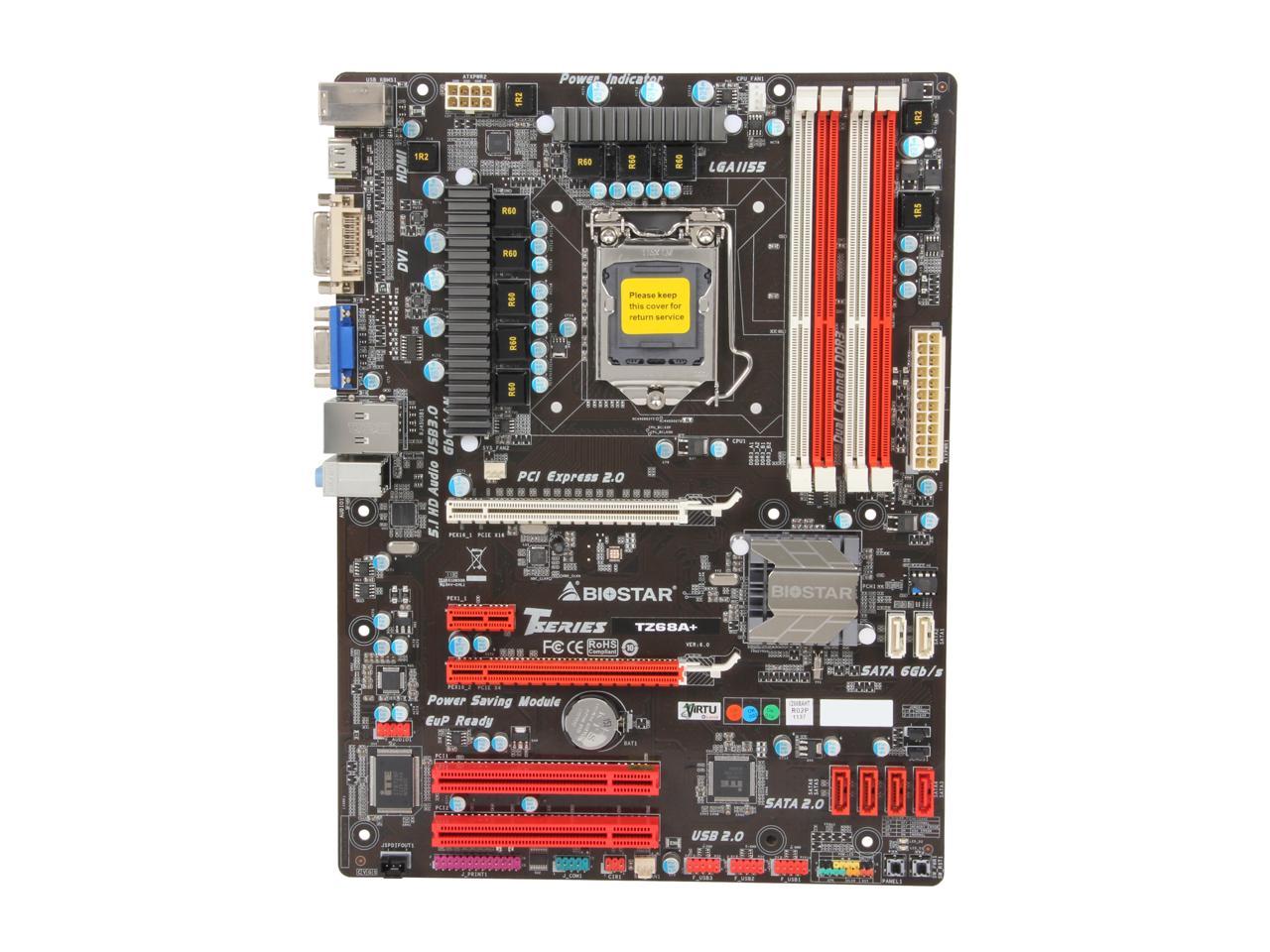 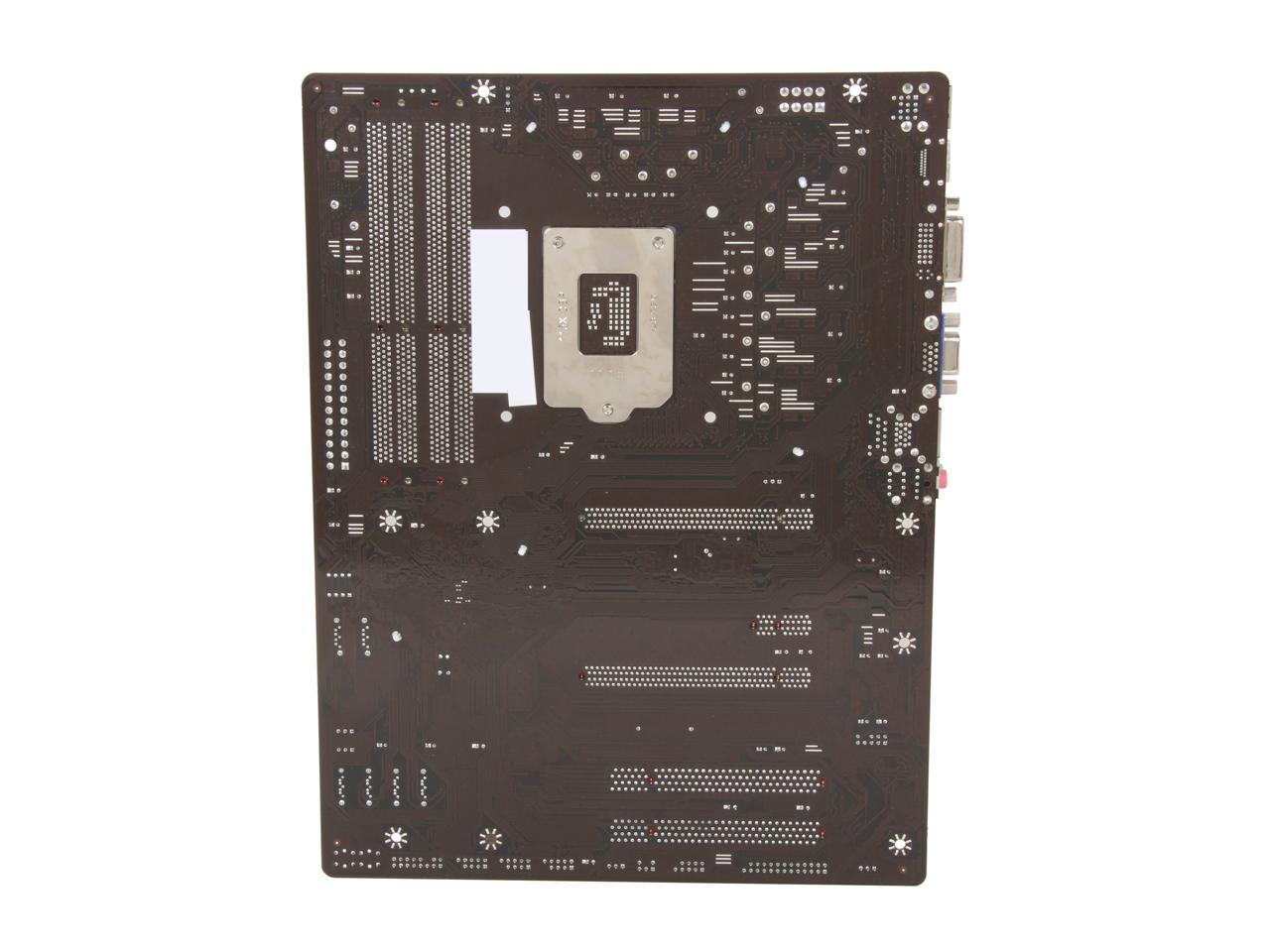 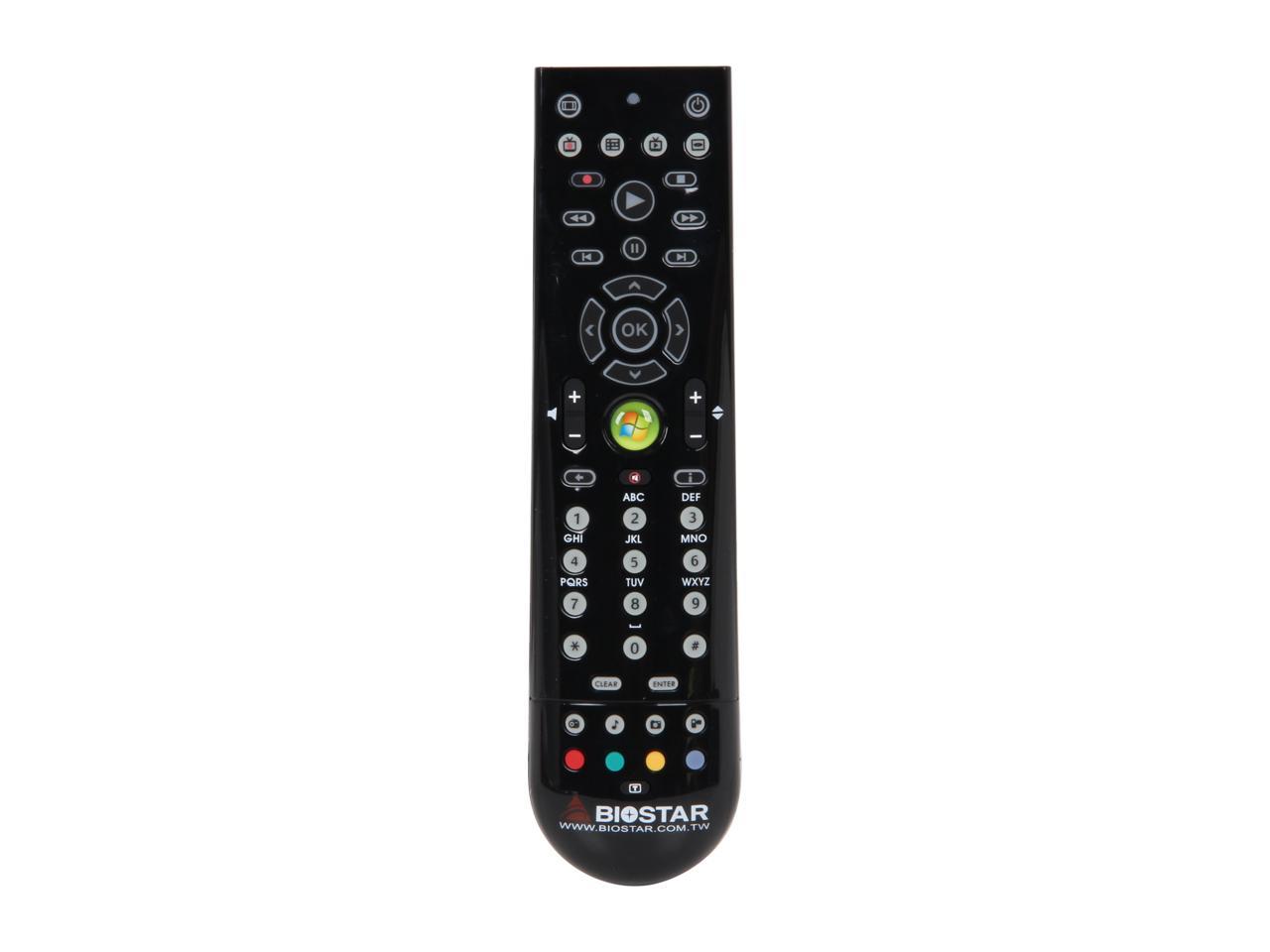 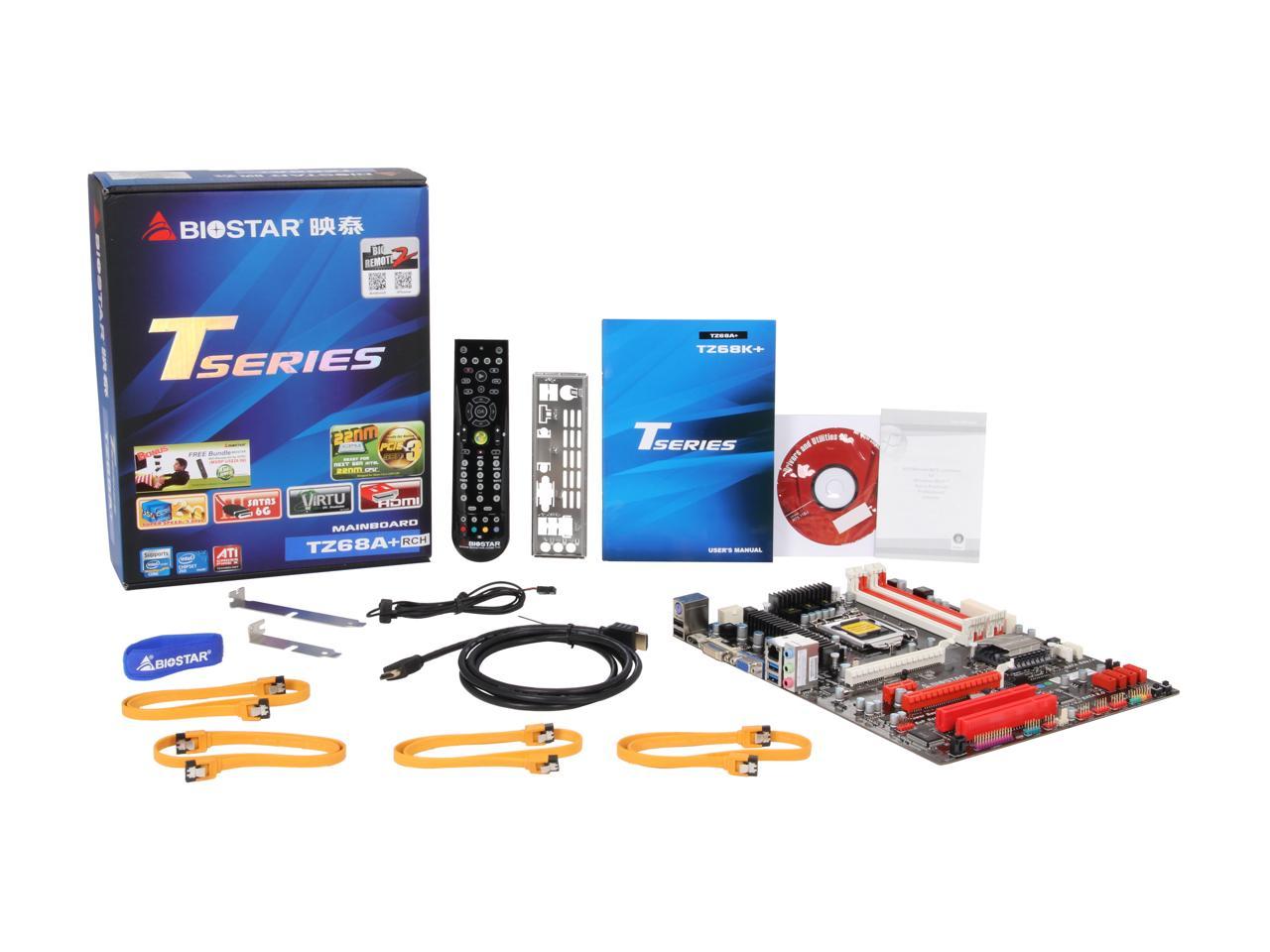 (53) Write a Review
OUT OF STOCK.
Overview
Specs
Reviews
Based on the Intel Z68 chipset, the BIOSTAR TZ68A+ motherboard delivers the best of two worlds, the system tweaking and overclocking capability presented in the Intel P67 chipset, and the media features of the H67 platform when working with the 2nd generation Intel core processor. The brand new Intel Smart Response technology, which harnesses the fast storage of flash memory based SSDs to cache your data, can launch your Operating System and frequently used applications in seconds as well as boost your system performance to a new level.

Learn more about the Biostar TZ68A+RCH

Pros: There are a lot of pros to this board, price, layout, Z68 chipset, everything that brought you to read these reviews is a plus on this board. I was able to overclock my i5 2500k up 4700Ghz without too much messing around with BIOS settings and it runs strong and solid. The Intel SRT technology worked fantastic with two SATA II HHD's on a RAID 0 plugged into the SATA II ports and a 64Gb SSD SATA III plugged into one of the SATA III ports. The Virtu software that ties the CPU to video card boosted my HD6850 video card performance substantially. The BIOS gives you what you need and makes it easy to navigate. I updated the BIOS right off without a problem and installation went without a hitch. For what I was trying to achieve this board has done everything I needed and more. I am very pleased with it.

Cons: There are a couple of things I would like to have had but do not warrant deducting and egg because the board is considered a budget board. It would have been nice to have 4 SATA III ports. The manual leaves a lot to be desired although the board itself is labeled very well on all the jumpers, but no where in the manual does it mention how to enter the RAID configuration which for a first timer could be frustrating. Also the info for installing the Virtu software is extremely vague and the technology is new enough that there's not a lot of info on the net, for those wondering follow the manual for BIOS settings then you have go to Intel's website and download and install their "Intel HD Graphics" software which is in their driver download section under "Graphics" then scroll through until you find the "HD Graphics" driver software. Overall I am pleased with its performance and options.

Overall Review: There's a nice review and overclock settings for this board at techpowerup.com - search "reviews" for TZ68 and you'll find it. Only setting I changed was disabling the speedstep technology and using the Intel XMP for the memory settings - board runs fast and strong that all I could want.

Pros: The motherboard does exactly what it's supposed to do - just friggen' work. I haven't tested OC potential since it's really unnecessary, the 2500K is overkill for just about everything at stock speeds. The onboard power \ reset buttons are a very nice touch, and I love the layout of the board. Also, the remote that came with it was nice. I didn't notice it in the pictures or the board info, so I was pleasantly surprised to find that in the box.

Cons: The only complaint I have is the drastically low amount of built-in features. No 5.1 \ 7.1 audio integrated like most other boards do, and only 4 total onboard USB plugs? I haven't seen that since my old Athlon XP 1800+. But I knew this before I bought it, so I'm not exactly shocked. Minor nitpicks: - The mounting screw holes are in irregular positions. Be prepared to move some standoffs, or even leave a hole or two empty. That's what I had to do. - TERRIFYING "crunch" sound when lowering the CPU arm. This terror is multiplied exponentially by the surprising amount of force needed to lower that arm. It's not unique to this board, but for someone who has used nothing but AMD for 10 straight years, it's extremely scary. - The rear USB fights me every time I want to unplug something. - The integrated ethernet plug is extremely sensitive if your ethernet cable has a broken clip. One tiny, tiny nudge and it's disconnected. ^ Remember, these are all tiny nitpicks.

Overall Review: Like I said, it does what it's supposed to do: work without causing any problems. You know it's a great motherboard when all you can do is nitpick the tiny little things. This is the first mobo that I've had in years that I haven't learned to absolutely hate after one week, so I'm quite pleased. My system: Biostar mobo with a long model name Intel Core i5 2500K @ stock speeds GeForce 9800 GTX+ (it's old, but it still plays Skyrim with everything short of AA maxed out) 8gb G.Skill DDR3 1600 500w Antec Earthwatts PSU w\ a 4-pin to 8-pin CPU power adapter

Cons: -Like some others have noted, the audio sometimes constantly keeps reporting disconnected/connected when an audio jack is plugged in -Voltage increment is very big and very limited voltage control for PLL, which helps alot in stability -Offset mode WILL CAUSE BSOD very quick, so use fixed cpu vcore if you decide to overclock -Red debugging LEDs are a little too bright but it's inside your case so most people won't notice it.

Pros: First boot with no issues, been running rock solid with an i5 2500k at 4.4Ghz pretty much 24/7 for over a week. Also, not necessarily motherboard specific but the integrated graphics chip on the 2500k does a pretty impressive job driving dual 1920x1080 monitors (HDMI and DVI). I was forced to use it for a while due to a DOA graphics board, and so long as you're not doing any 3D work it more than gets the job done.

Cons: For whatever reason the BIOS won't allow a current limit above 120W, so change the other settings as I might the board just won't boot with a 45x multiplier or higher. I wasn't planning on taking it much beyond 4.4 anyway so it's not a huge deal to me. Also, depending on what HSF you wind up using you might have issues with the placement of the PCIE x16 slot, it's fairly close to the CPU socket. I have maybe 1cm of clearance between my heatsink (Thermaltake Venemous-X) and the back of my GPU.

Overall Review: This isn't the first Biostar board I've used for a build, and every single time I have had no issues whatsoever. They just work (and keep working, I have one currently in an HTPC that has been pretty much on constantly for three years now).

Pros: ~ Easy Bios navigation ~ Modes: AHCI / IDE / RAID ~ Comes with Remote control ~ Recent Updated Drivers on Disk ~ No D.O.A (like Asus or Gigabyte) ~ Easy to follow manual ~ Easy install ~ 4 Sata 3.0 ~ 2 Sata 6.0 This is my 4th build over the last couple of years. I usually go with Asus or Gigabyte motherboards, however reading all the D.O.A's on Asus Reviews and more than a 50% failure rate (Sorry Asus), I did not want to take the chance of having to return a motherboard. Asus's quality has gone down the tubes recently. I have gathered that BIOSTAR motherboards have the least amount of failure rate and last just as long as any other motherboard, this is why I went with this board. What a great choice, I am very satisfied with this T series motherboard since it has the newer Intel model chip TZ68, no problems with board and what a great value!

Cons: The board size isn't standard ATX, it uses about 2/3 of the same mounting holes. It only has two 2.0 and two 3.0 USB on the board. No USB 3.0 internal headers. It doesn't sleep entirely properly, the fans stay running.

Overall Review: Overall I'm very happy with the purchase. The odd size doesn't matter once mounted and the few USB ports is easily supplemented with 4 more using a cheap PCI expansion. The one thing still bothering me is the fans running while sleeping, which is fairly minor in the big picture.

Pros: Nice UEFI/BIOS interface. It boots everything up. Recognizes USB installation disks. This motherboard came with a terrific remote control which you CAN use to turn on your system from full OFF. Fantastic for HTPCs. It has enough bells and whistles to be able to function as a decent entry level class gaming rig. All it needs is a decent Video Card. I've got it running a i5-2500K with 16GB of 1333 RAM. Setup was a breeze although I had some trouble installing Windows 7 onto an SSD while my 3TB GPT drive was connected. All I had to do was disconnect the GPT drive and it worked. I think this is an error with Windows 7 and not the motherboard. I use it mostly for media and Internet. I haven't really tried photoshop yet but it did RIP some blurays at amazing speed. I tried Half Life 2 and Half Life 2-Episode One and they played rather well at 1080p with High detail and 4X Anti Alias. Very happy with the price point and features over all.

Cons: It doesn't have 7.1 sound output. That's only a con because this mobo is obviously geared toward HTPC users and 7.1 would have been an easy and fairly cheap addition to an otherwise world class deal. I'm not going to deduct an egg for this because it is very clearly listed in the descriptions.

Overall Review: The installation manual is full of errors and unintelligible English but I have yet to see a good one. For example Biostar had the Power savings features of the motherboard either described incorrectly or labeled incorrectly. MAX should be "maximum power savings" and PERFORMANCE should be "lowest power savings but higher PC performance". They swapped these two in the manual. Again, it's not enough to lose an egg over but a thorough breakdown and explanation of BIOS features would be great. BTW make wure to go to www.biostar.com.tw for the latest drivers and NOT www.biostar-usa.com.

Pros: Installed this board last night with an i5-2500. Post'd first time, no issues. I love the on board LED debug function. BIOS has a nice Graphical interface

Overall Review: When i bought this board, I didn't realize there was no IDE connection. I panicked for a second since my older optical drive was useless and thus would be unable to reinstall windows. If you're looking at this board, it might be easy to overlook upgrading your optical drive if your legacy equipment is meeting your needs, but this board will not be able to run IDE drives. This was completely my oversight as IDE is not listed in the detailed run down, just a last minute oops. Fortunately, I was able to partition a USB stick with a copy of the install CD and changed the BIOS settings to boot from USB first. Also watch the flex on the board as you seat your RAM and 24pin. No creakage or snapping, but there was a little more give than I expected.