Feel 100% satisfied with your purchase -- with no restocking fees & no return shipping costs* within 30 days of delivery. Learn More
Price Alert
Add To ListFound on 24 wish lists 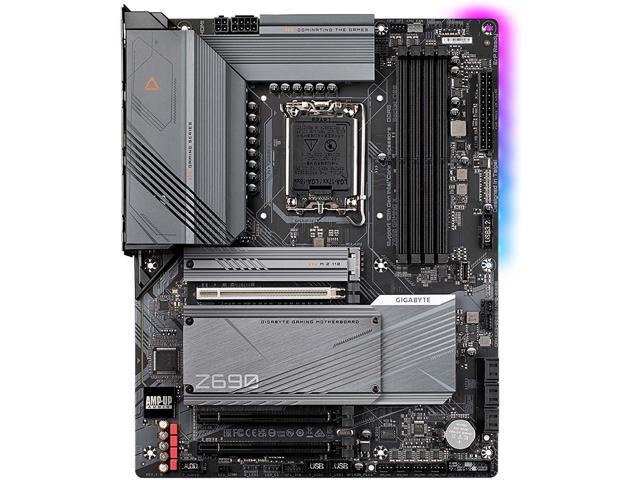 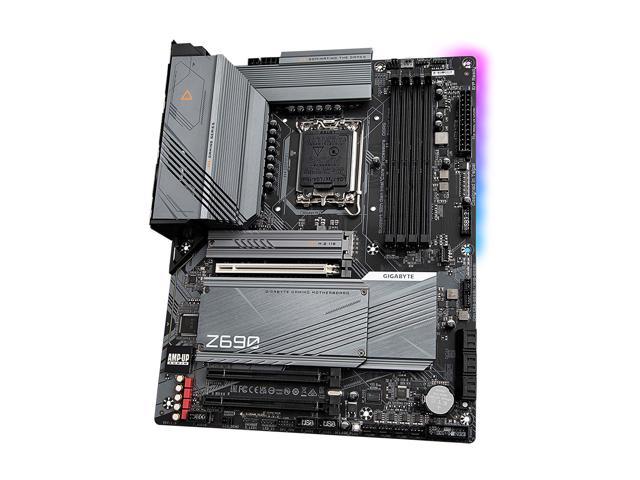 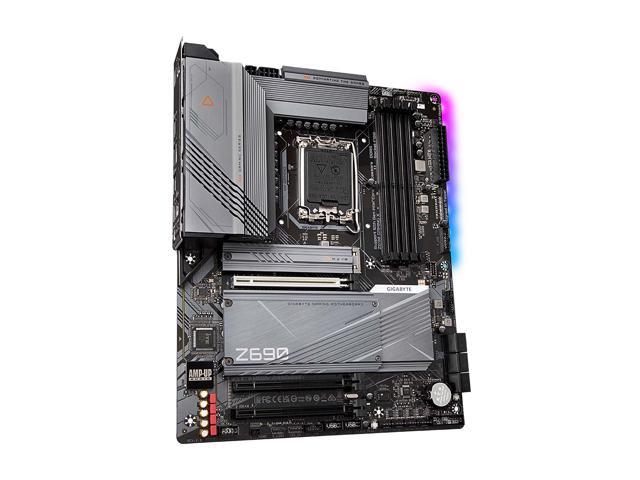 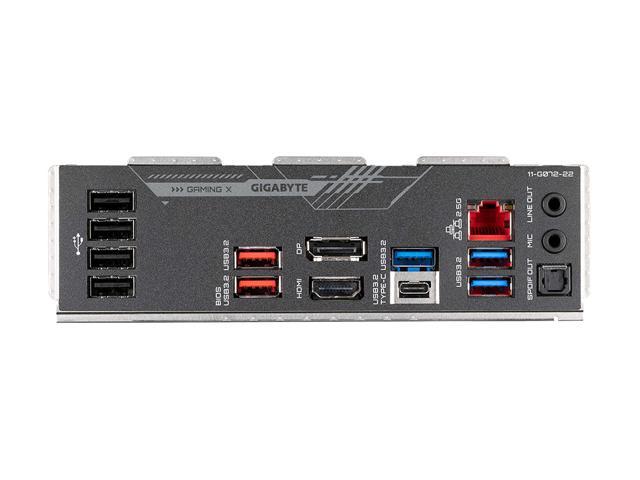 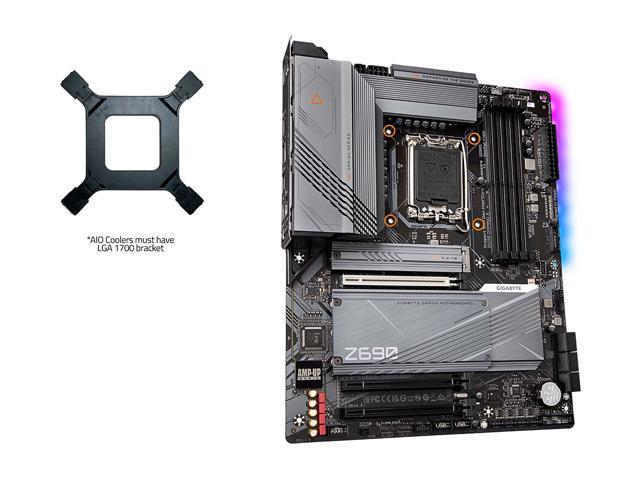 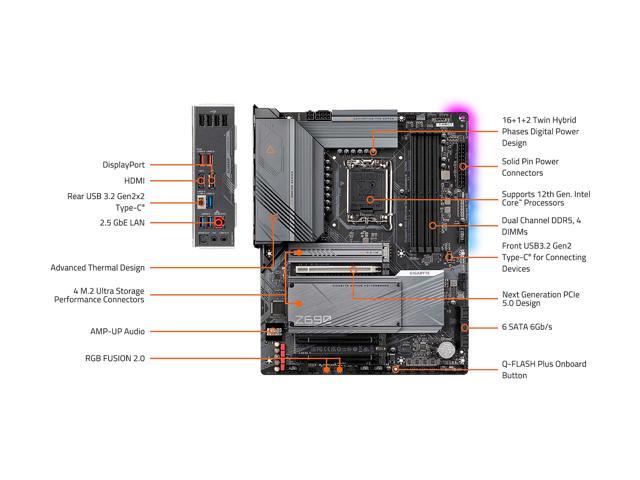 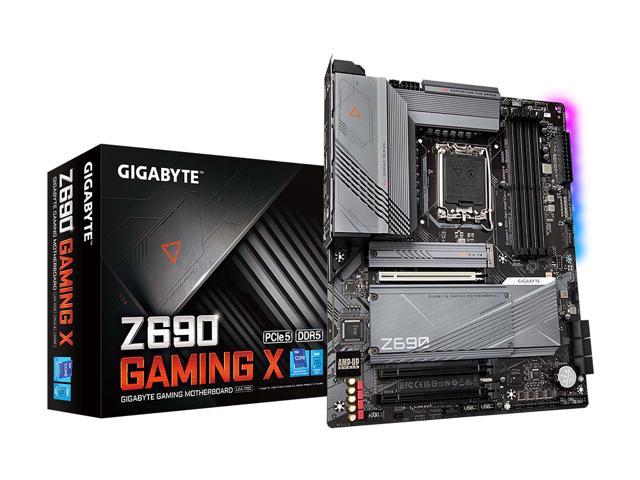 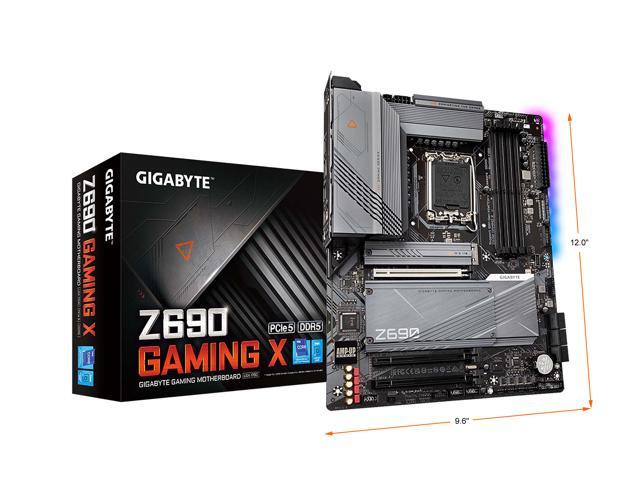 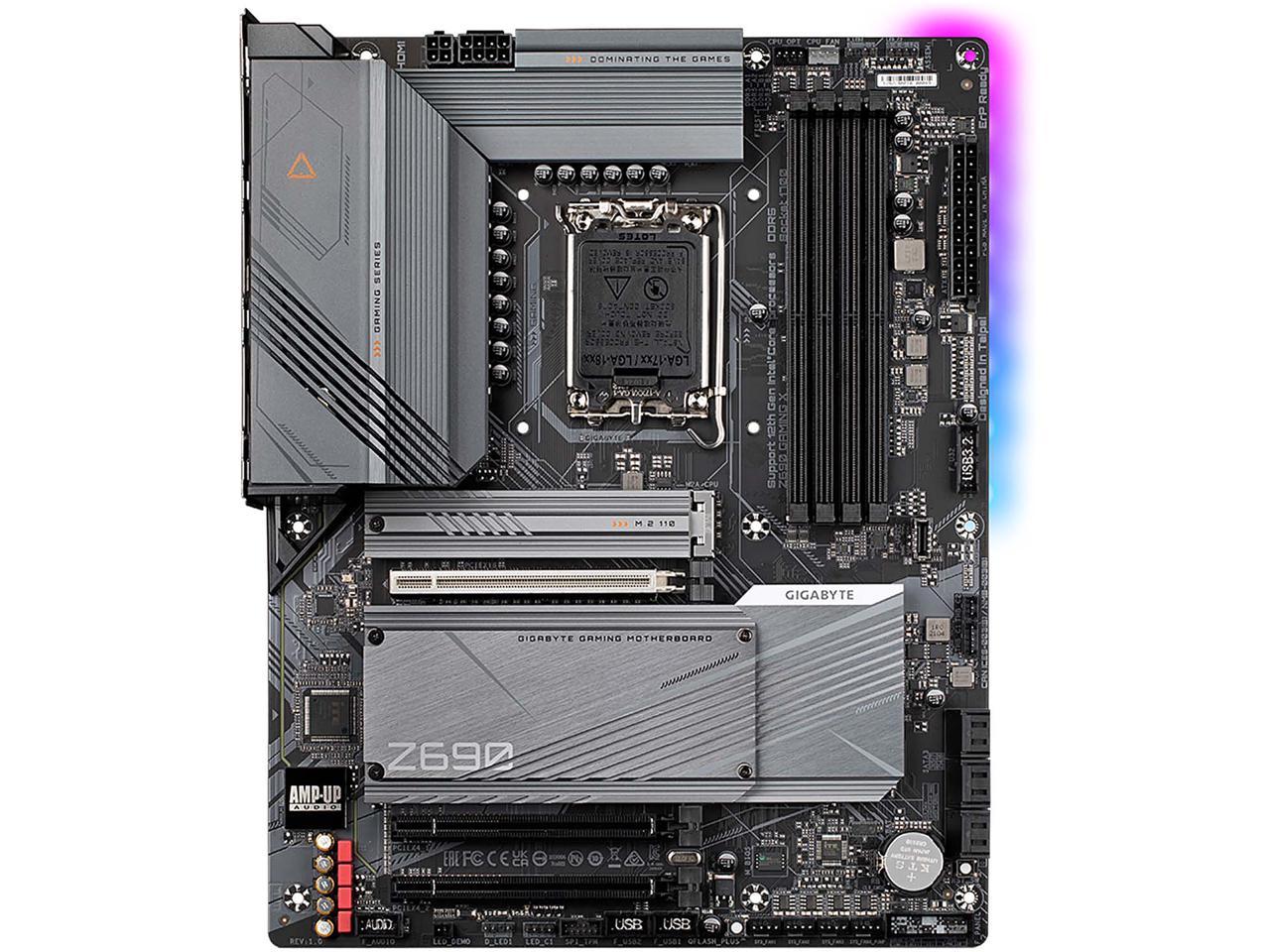 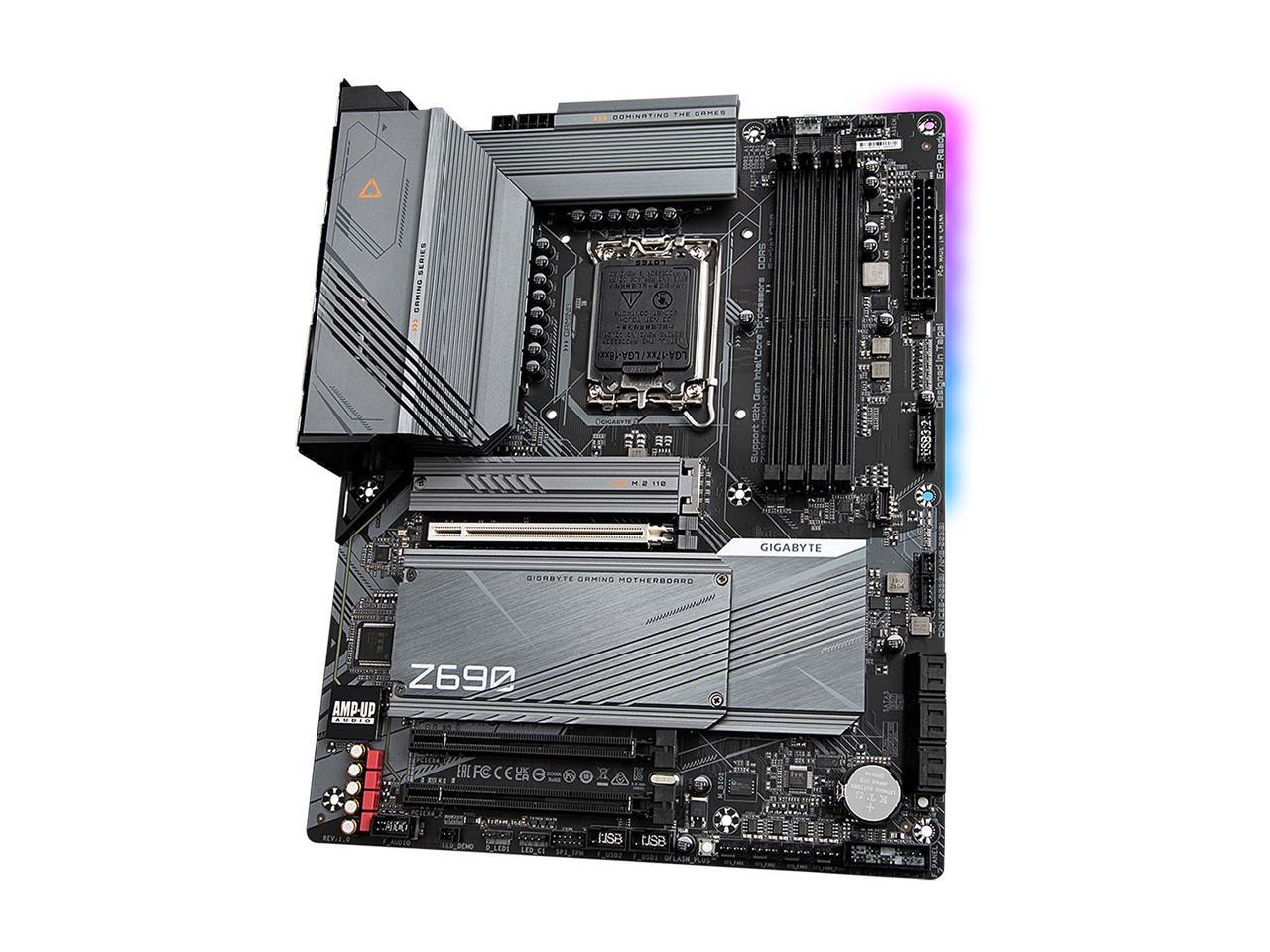 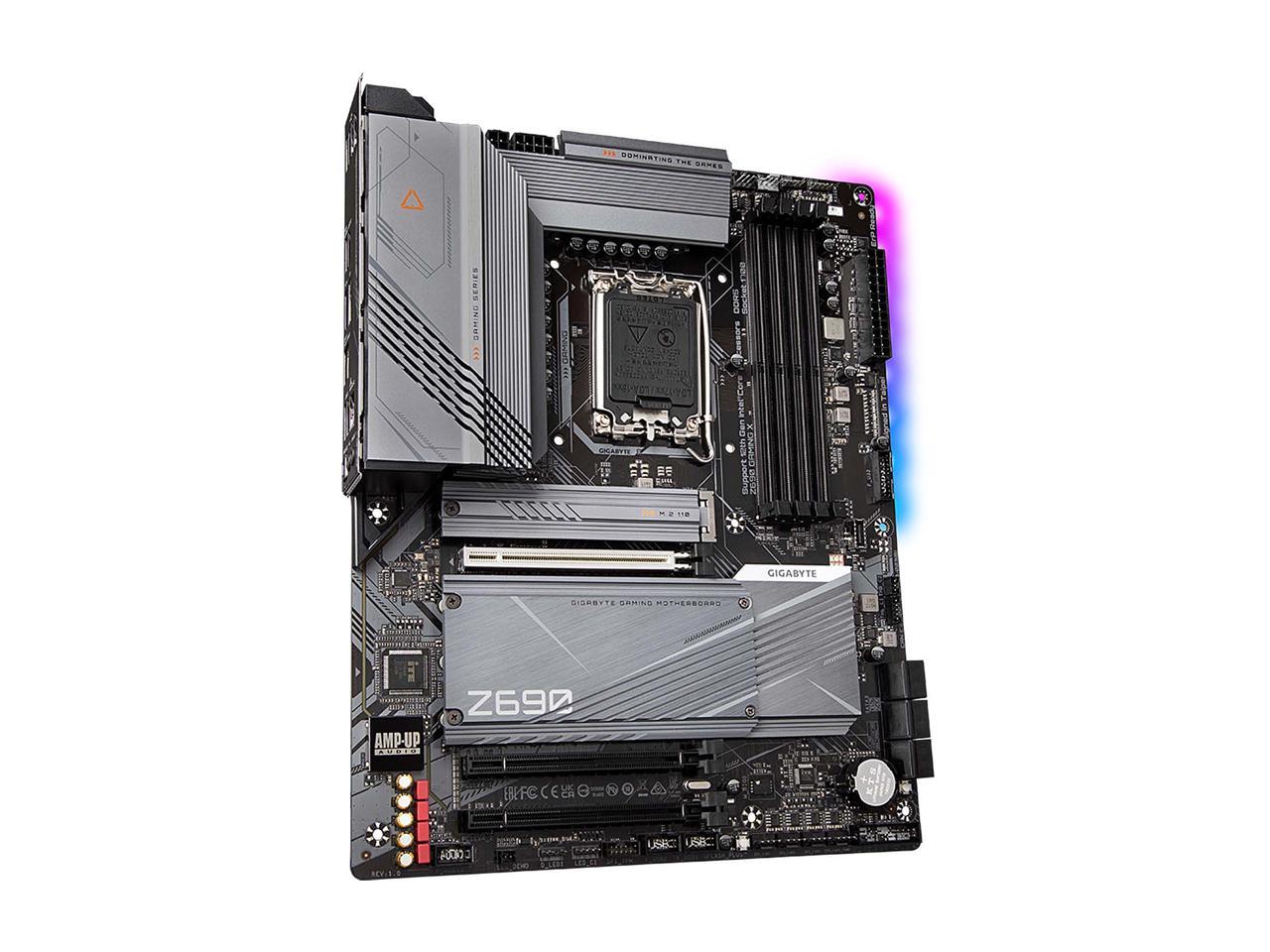 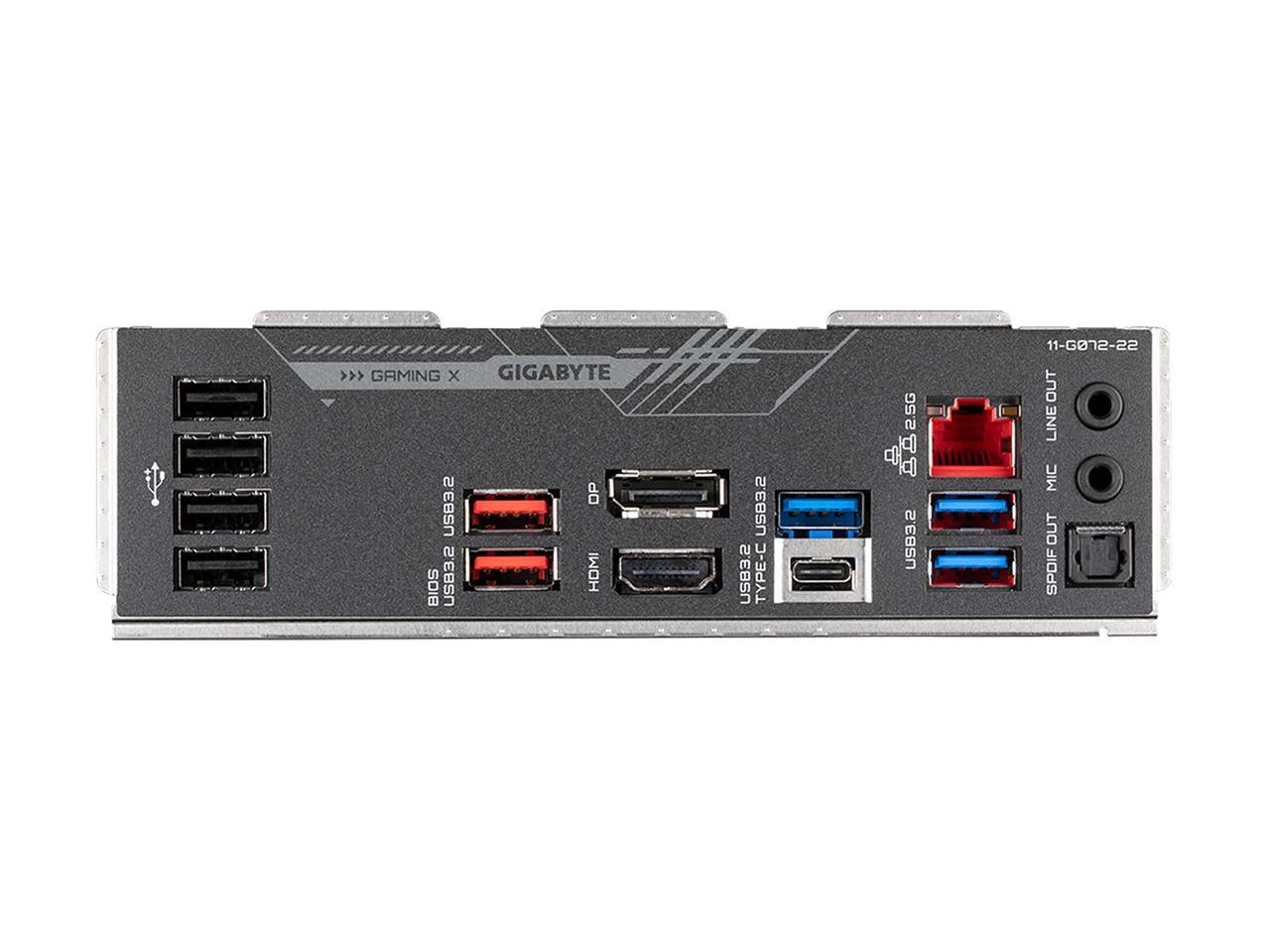 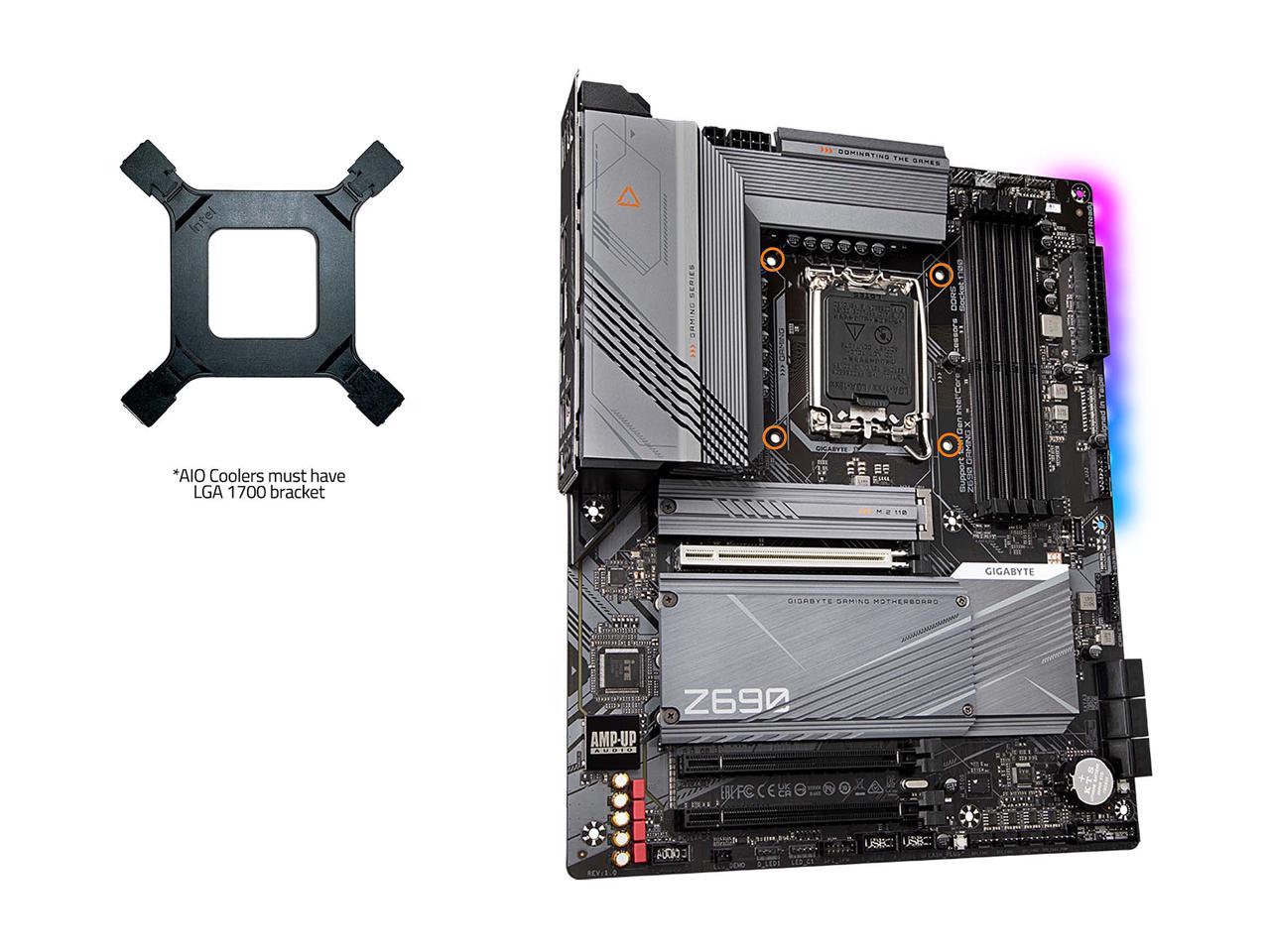 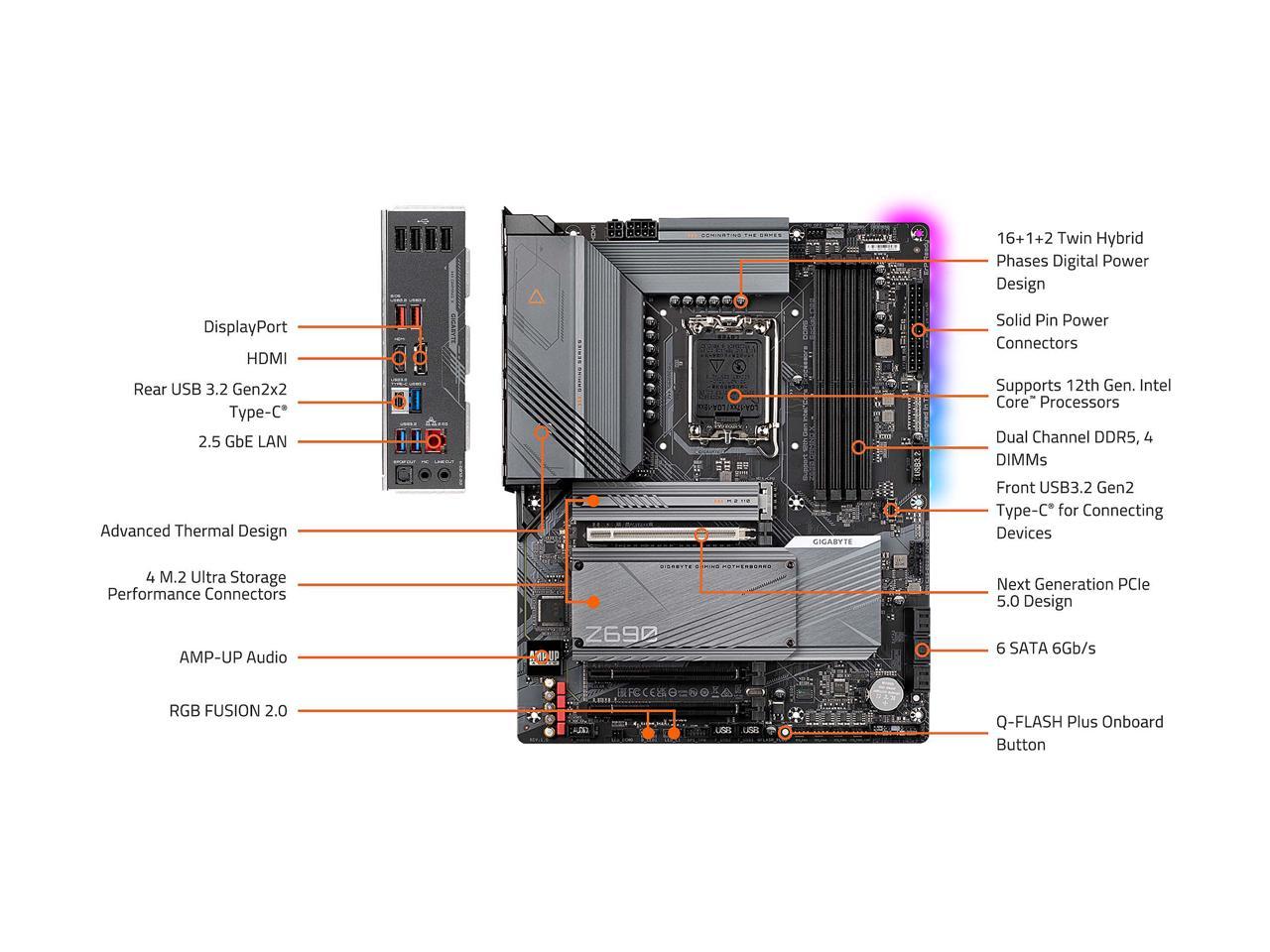 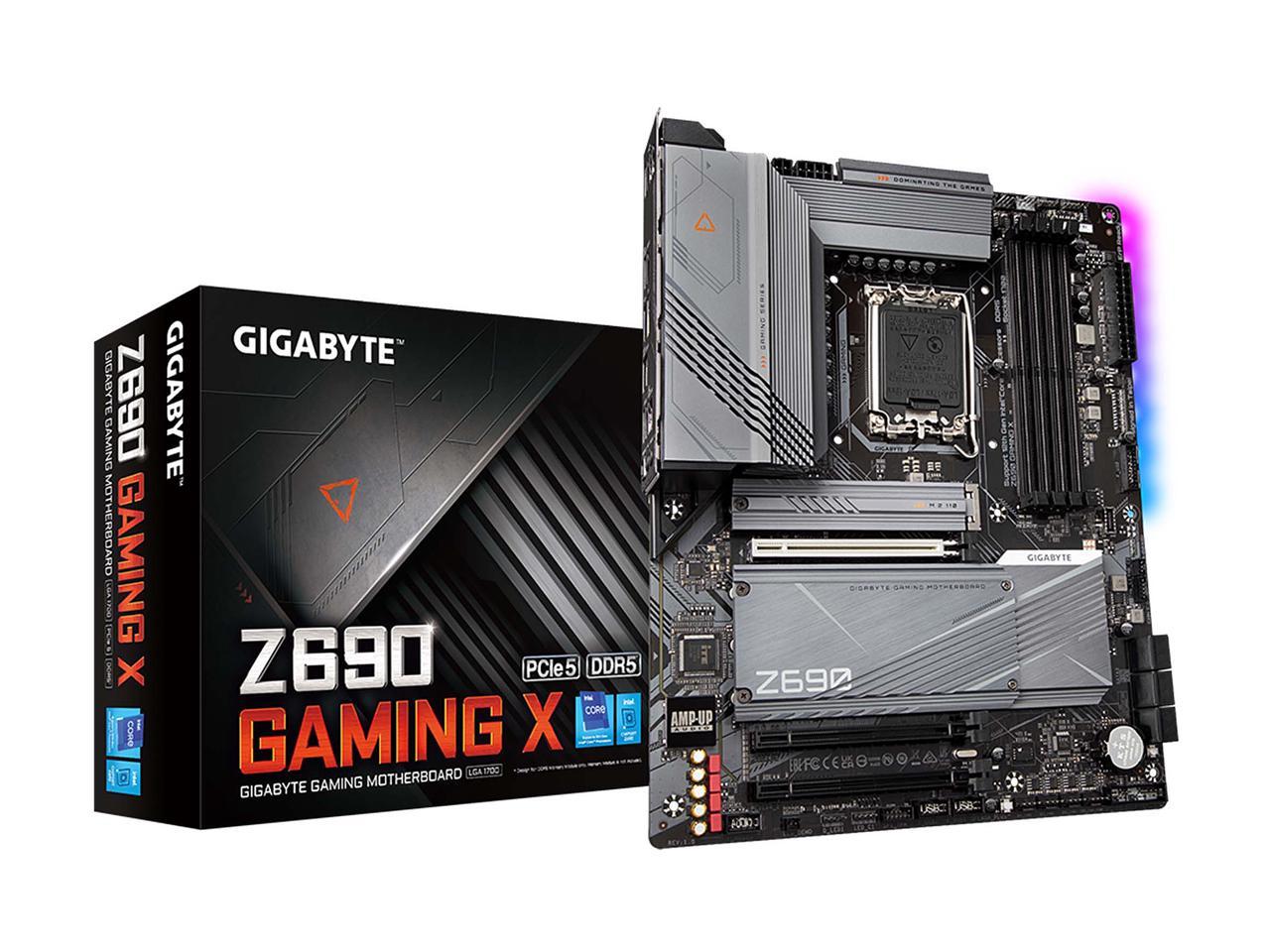 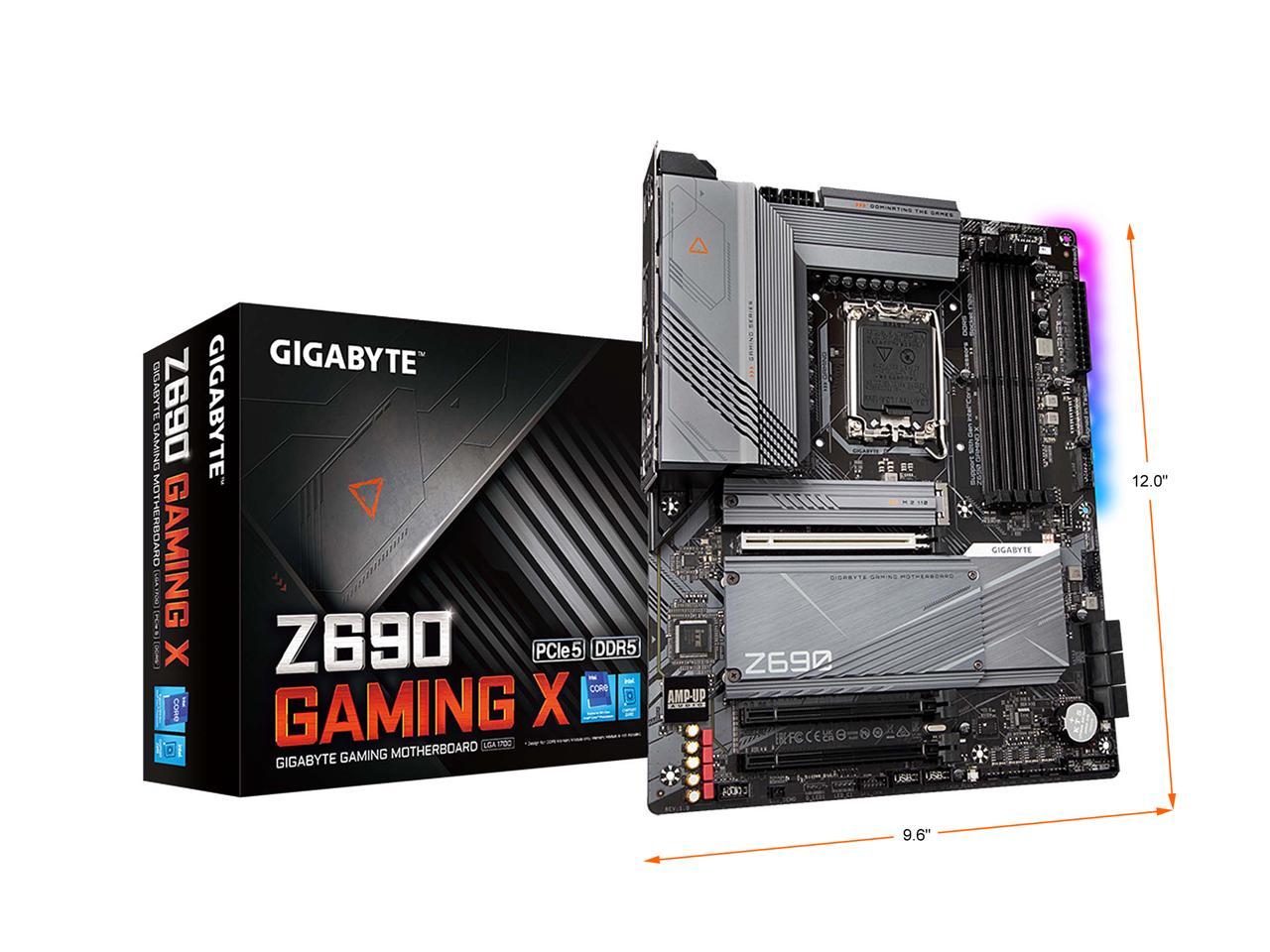 Happy Jack
Ownership: 1 week to 1 month
Verified Owner
Up and running after some mild troubleshooting - details below7/5/2022 9:35:53 AM

Cons: - Required troubleshooting to get to be fully functional

Overall Review: Firstly, I feel like I should mention I got this board as part of a combo deal that included 32 GBs of Aorus DDR5 ram. Both mobo and ram were $300. I'm giving it 5 stars in light of the price I paid. Had I paid full price, I'd probably give it 4, for the pain of troubleshooting and anxiety of building a computer and not having it start up perfectly the first time. Troubleshooting: If you've done your research, you'll know that there's been a few people who've had to update their BIOS or do a little troubleshooting in order to get this board to recognize their M.2 drives, RAM, or GPU. In my case, it was the GPU. Before I describe what I did to get it to work, I feel that it's worth mentioning in all fairness to GIGABYTE, that I believe most of the root cause my issue was that I was using an extremely outdated card (GT 1030 - I'm a music producer so this is not a gaming PC). Had I been using a more recent card, I'm inclined to believe that it would have worked right out of the box. Description of issue: All components installed, PC booted up but there was nothing on my display. Tried the onboard hdmi as well, same thing. Motherboard leds showed a VGA error. Taking out my GPU from the PCIe slot and starting the computer again allowed me to to get to the BIOS finally. Shipped with F4. ISSUE FIXED: I wanted to avoid updating my BIOS if at all possible because I read about some people having issues that weren't present before once they updated and it was already running F4 when it shipped (which seems to be one of the more stable versions at the time of this writing). Here's the steps I took, based on a reddit comment: - Remove GPU from mobo - (GT 1030) - Using onboard HDMI, start computer - Install Windows - Restart into BIOS, change both "CPU PCIe link speed" and "PCH PCIe Link Speed" from Auto to GEN3 (found going to Advanced mode - Miscellaneous) - Install GPU into motherboard - Start computer STILL USING onboard HDMI (GPU not being used yet) - Install drivers (2 drivers: dedicated driver for GT 1030 AND a UEFI driver from NVIDIA that applies to a lot of older gen cards, not sure if I can post links but you can find it by googling NVIDIA GRAPHICS FIRMWARE UPDATE TOOL FOR DISPLAYPORT, should be the first link) - Shut down computer - Remove the HDMI cable from the onboard HDMI and put in GPU port this time - Works perfectly, and it doesn't even bypass the BIOS screen at startup like a lot of others who fixed it in other ways have complained about. Hope this helps someone. Hopefully GIGABYTE makes this board more user friendly moving forward as outside of the BIOS it seems to be a stellar piece of hardware at a good price point (even at full price)

Pros: Unfortunately, I cannot get this to work. No display.

Cons: Based on my reading, I can tell that lots of folks have trouble on first boot getting anything to display on the monitor. It seems that to get to the BIOS, one must pull the VGA card (I've tried my new geforce 3080 TI and my older 970 - both don't work), use the onboard graphics, boot, install windows, install drivers, etc. Unfortunately, I bought the no-onboard graphics chip to save a few bucks since I figured I'd never need it. I've Q-Flashed the BIOS to the latest stable version (F7) but to no avail. I've written support, but not sure I really want to wait 3-7 days for a response. Probably just need to return the board and go with something more reliable.

Overall Review: This might be a great board, but it seems you need to makes sure to pair with a CPU with onboard graphics to get going.

Manufacturer Response:
Dear Customer, Thank you for your comments. We apologize for your difficulty with your GIGABYTE product. Please contact us at support-newegg@gigabyteusa.com with case number 189852 in the e-mail subject line. We will provide personalized service and analysis to help solve your issue ASAP. If the matter is urgent, please send us your contact number, and we will contact you. GIGABYTE VIP Support Team
Gregory R.
Ownership: 1 week to 1 month
Verified Owner
Be Patient7/8/2022 3:13:59 AM

Cons: Requires a second 12V cable for the CPU power supply that a lot of power supplies don't come with. I had to wait a couple of days to get another cable. First world problems. I upgraded from an existing AS Rock DDR4 board so I moved my M2 drives over to this one. Installed the new CPU, yada, yada, and I powered it up. Wouldn't post. I checked everything over, nothing wrong. Powered it up again. Still didn't post, but it seemed to be doing something and it wasn't catching on fire, so I cycled power again and waited. Eventually it posted - like it took several minutes - an eternity in electronics time. Apparently, it automatically configures itself. This is the first board I've had that's ever done this. So, I thought I got a DOA at first, but everything turned out fine.