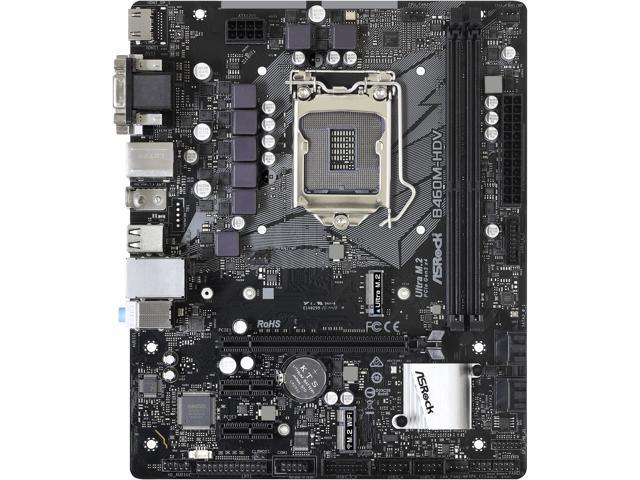 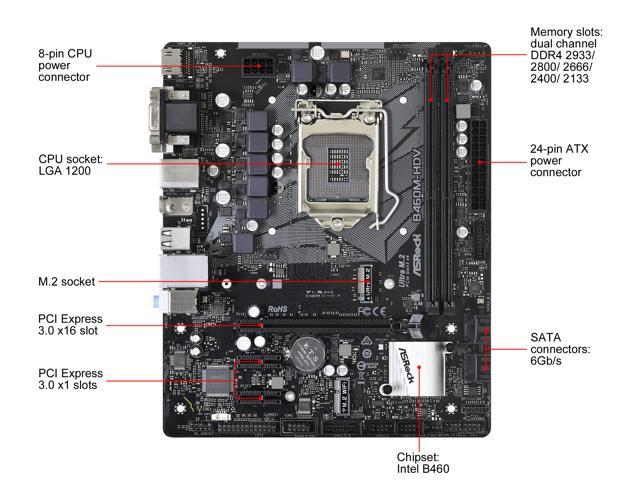 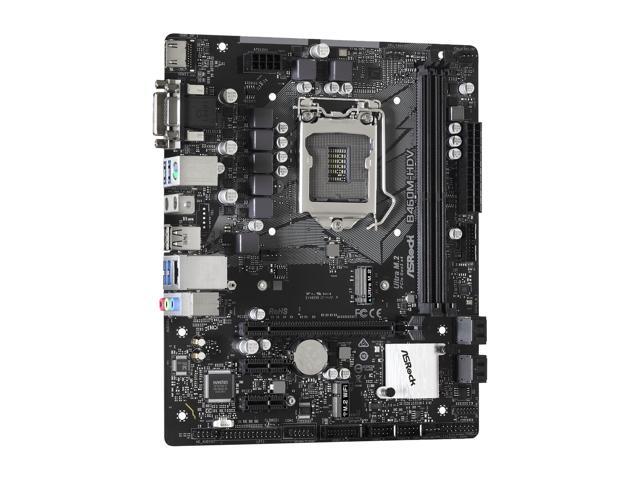 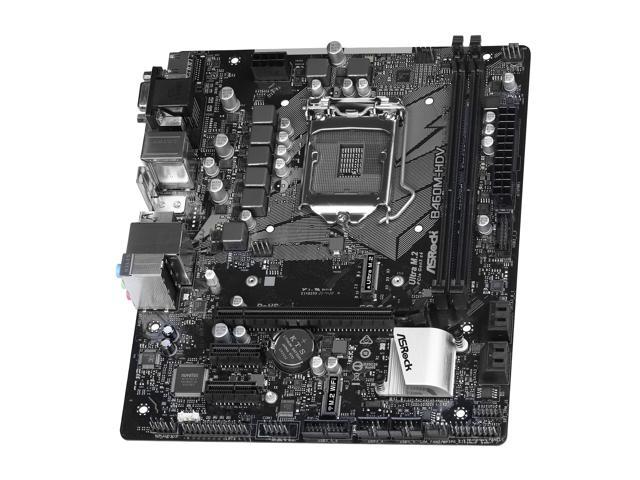 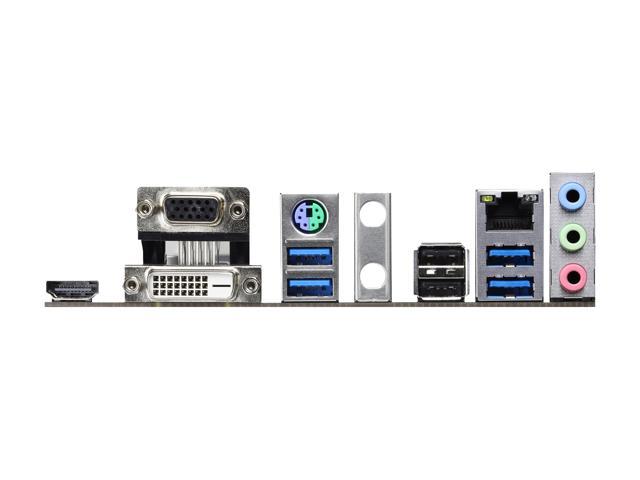 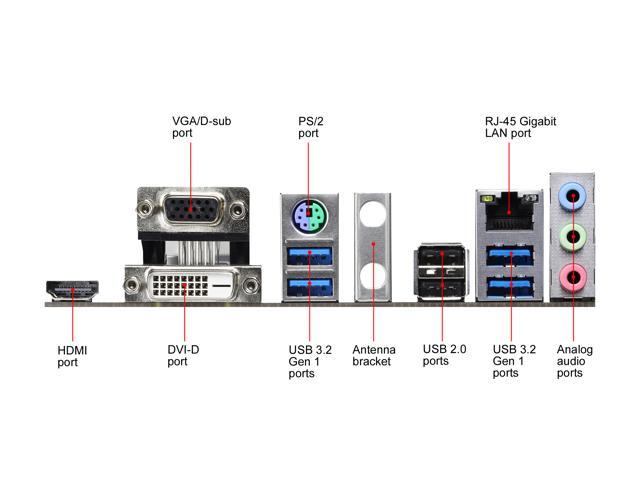 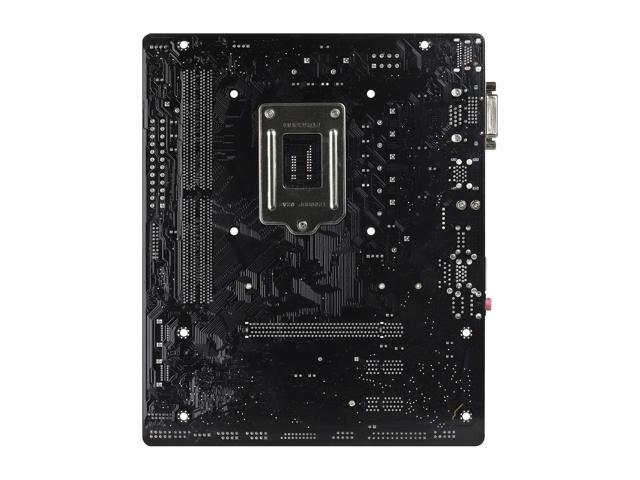 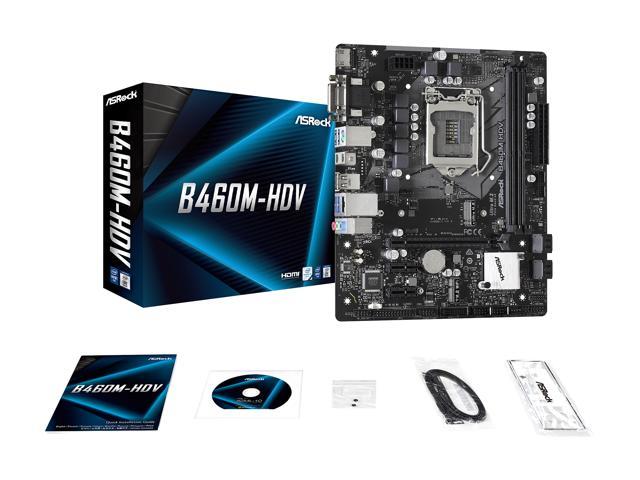 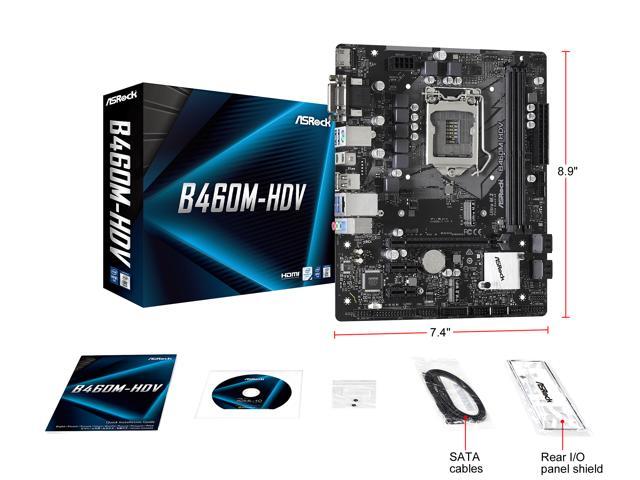 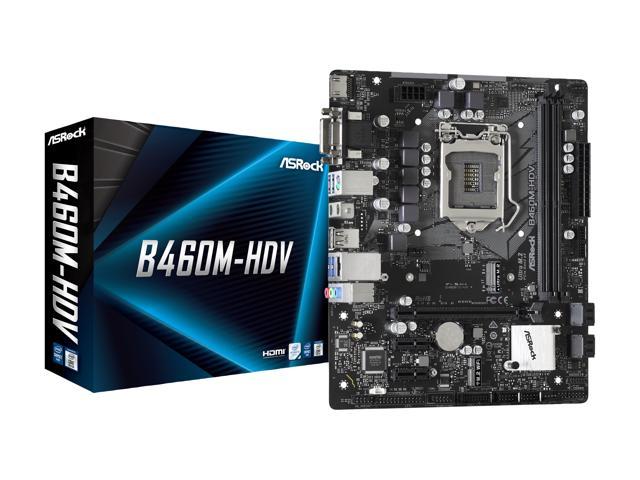 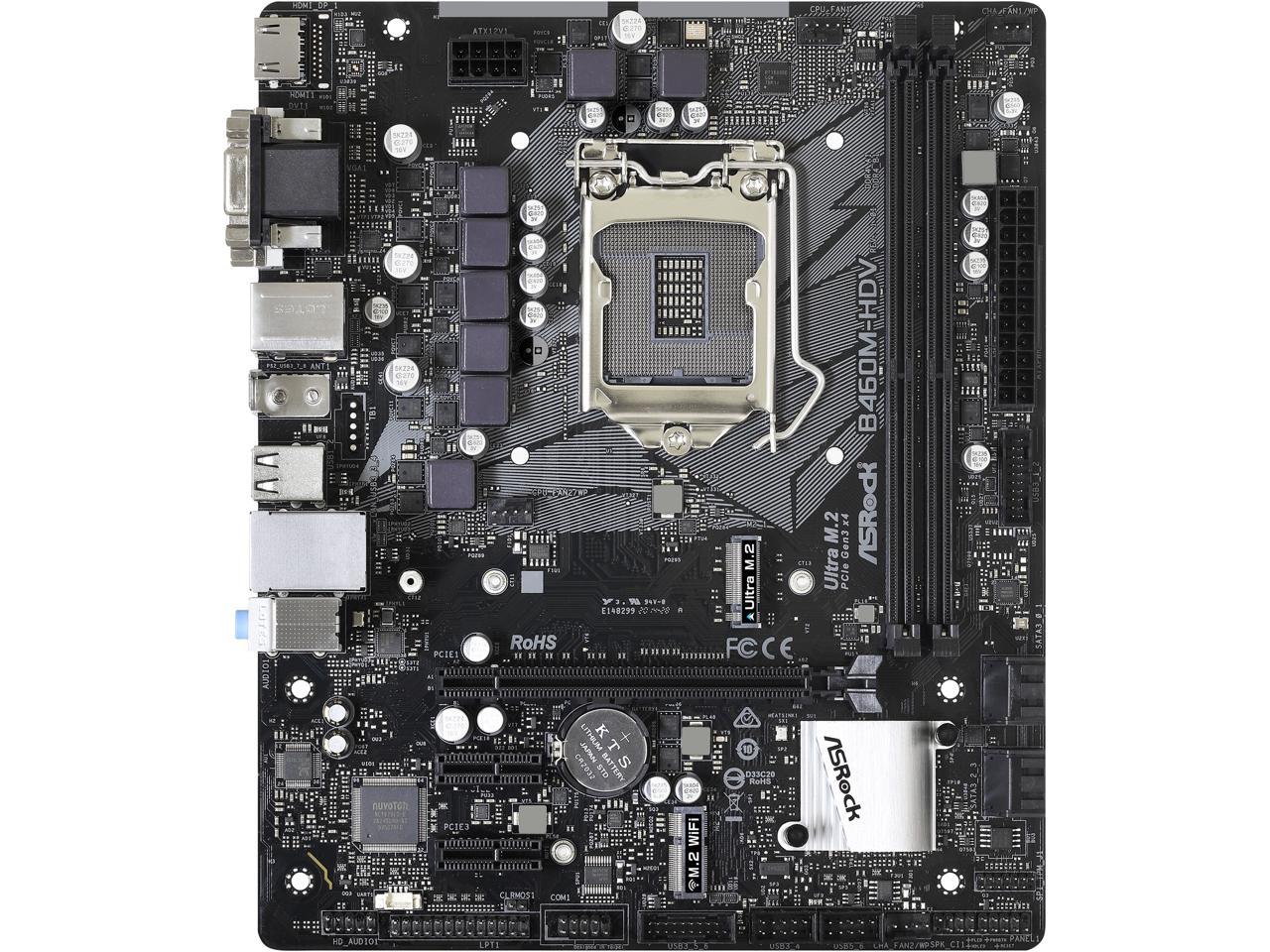 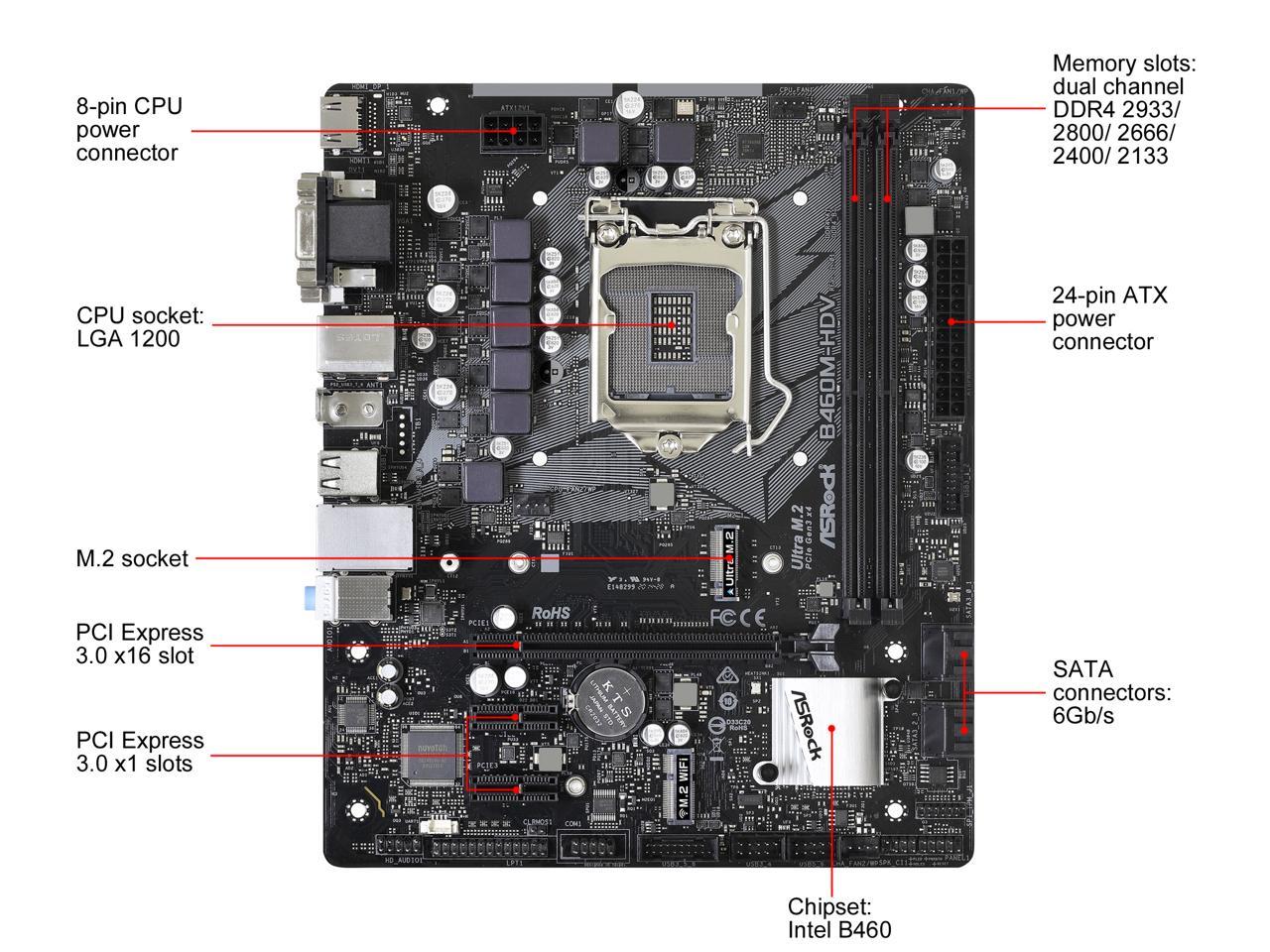 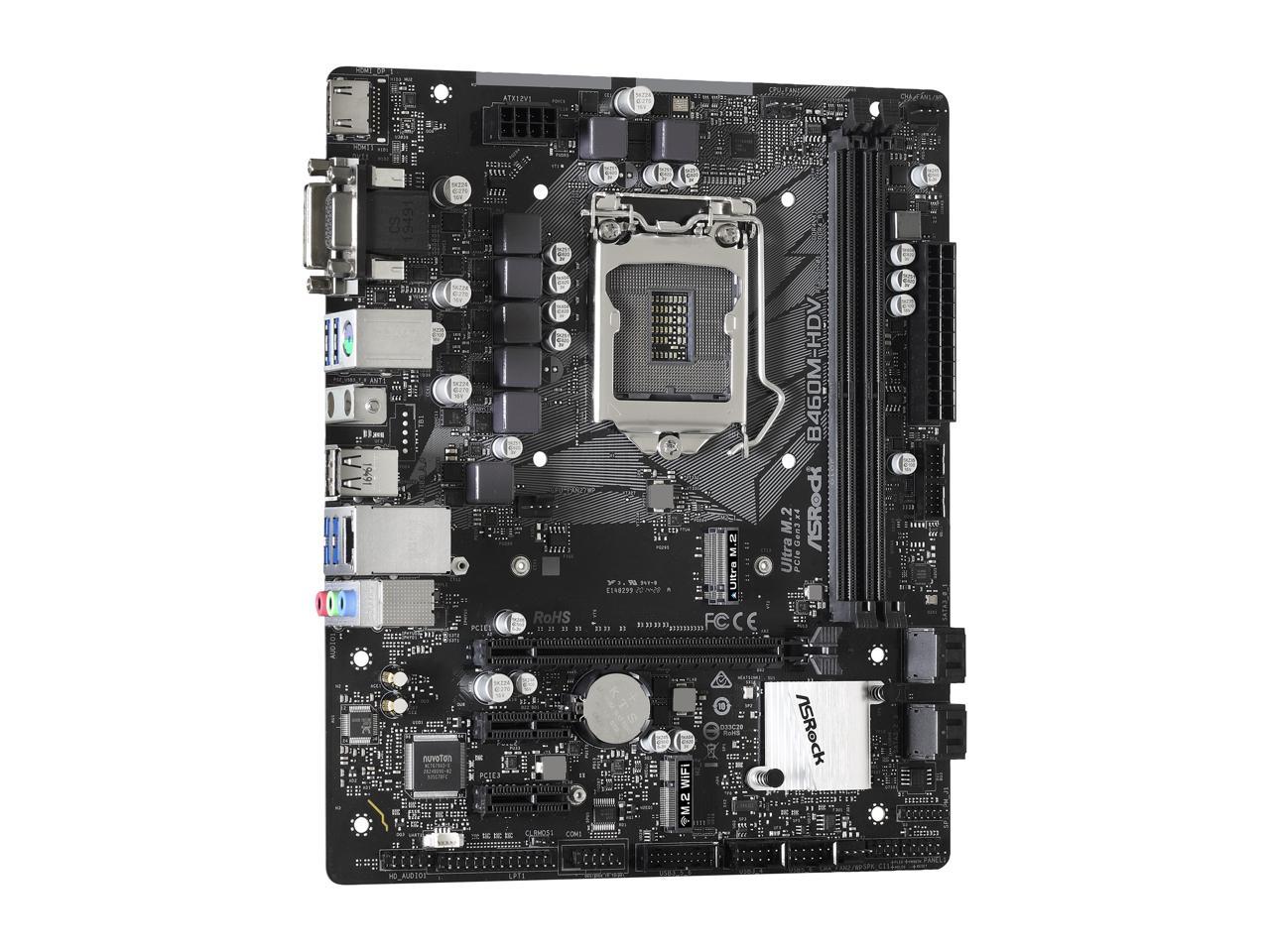 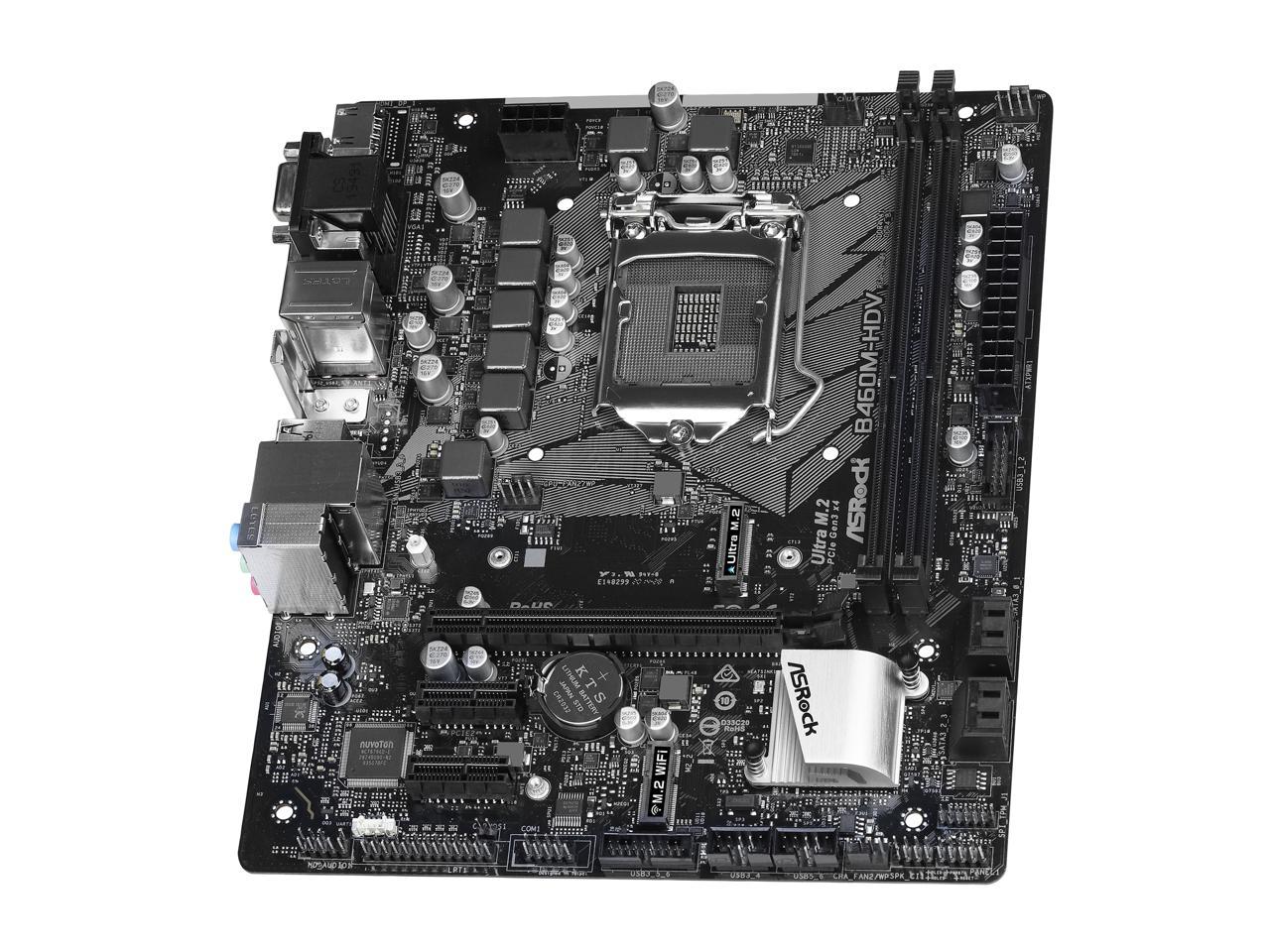 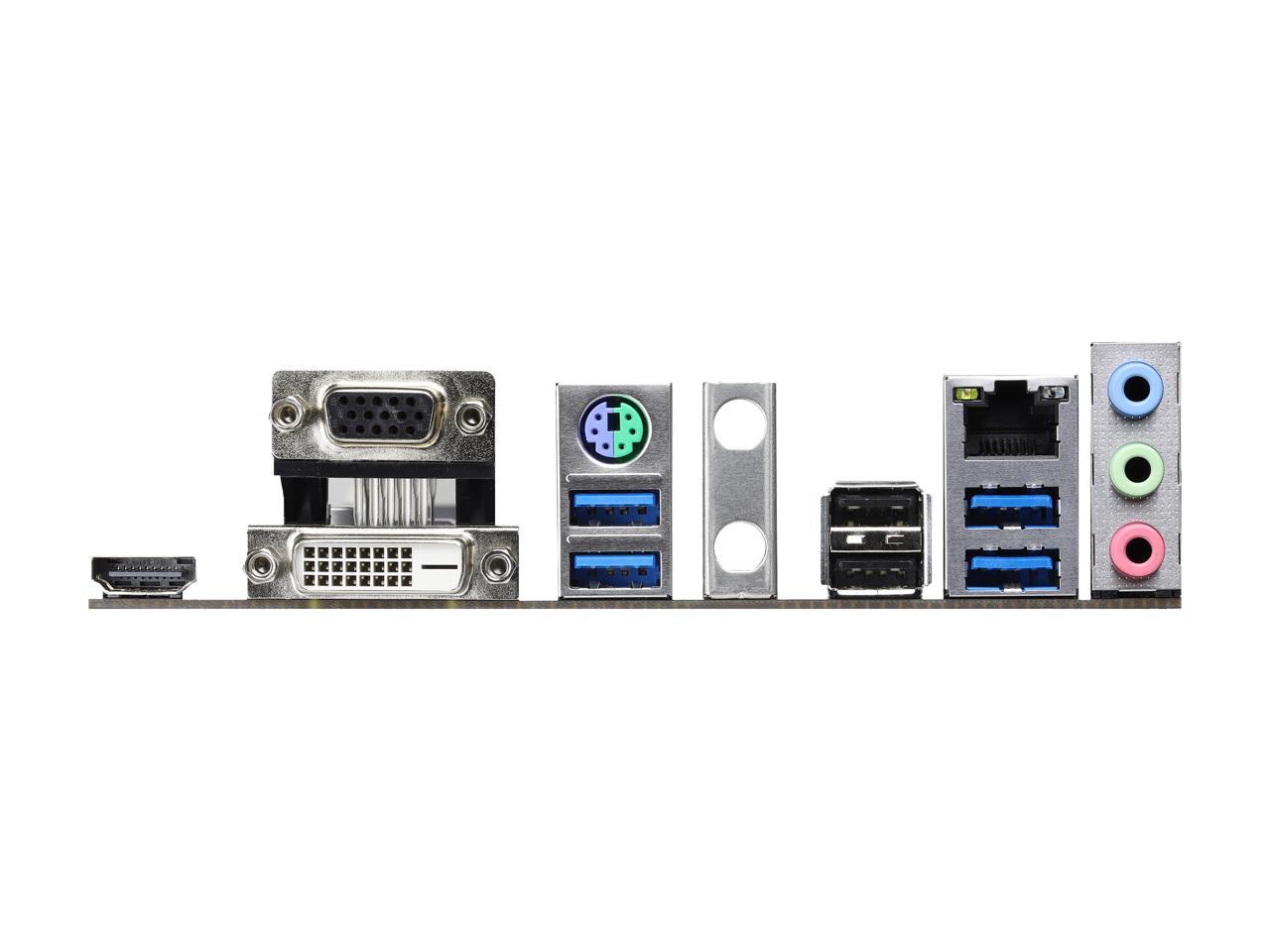 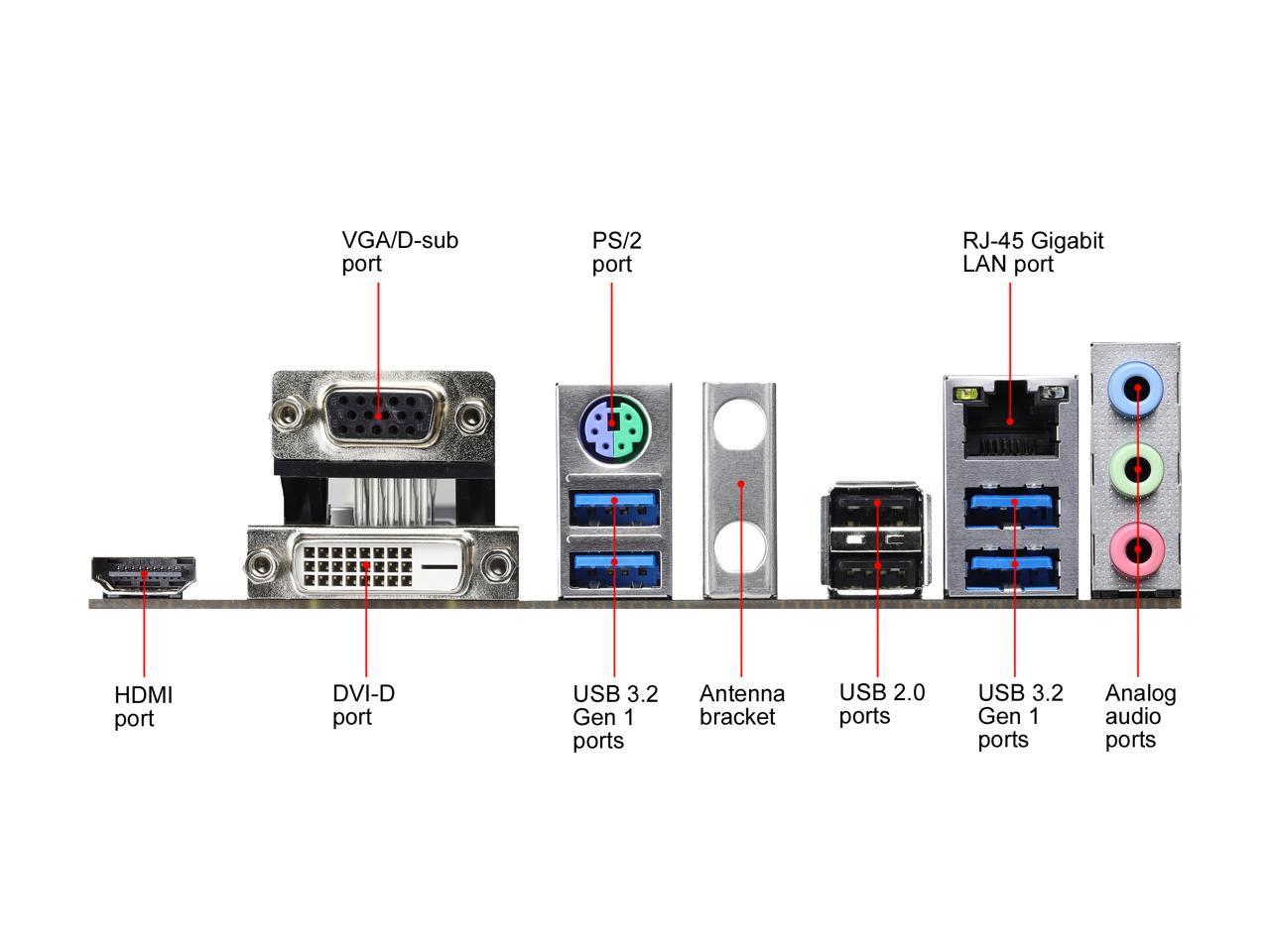 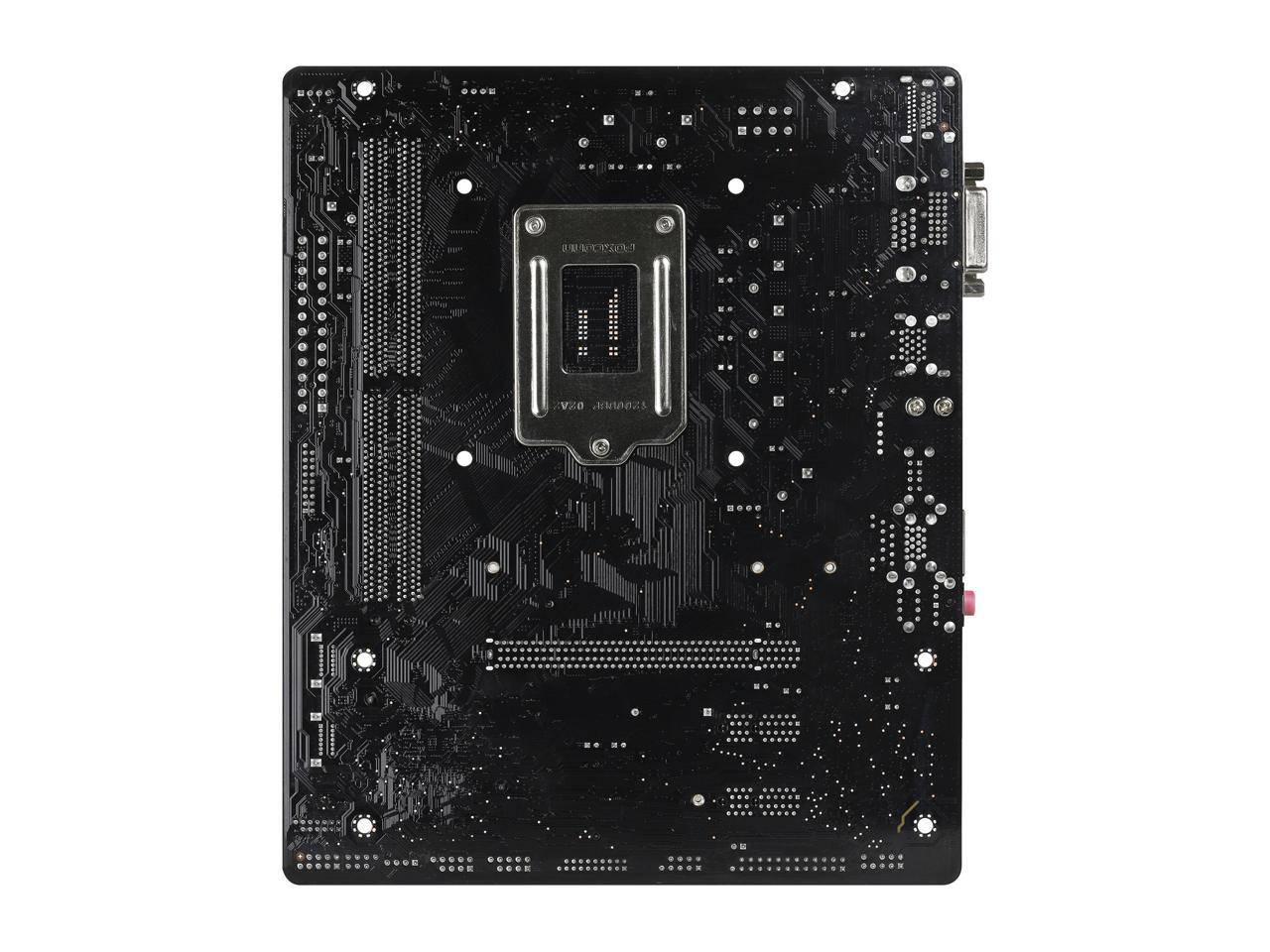 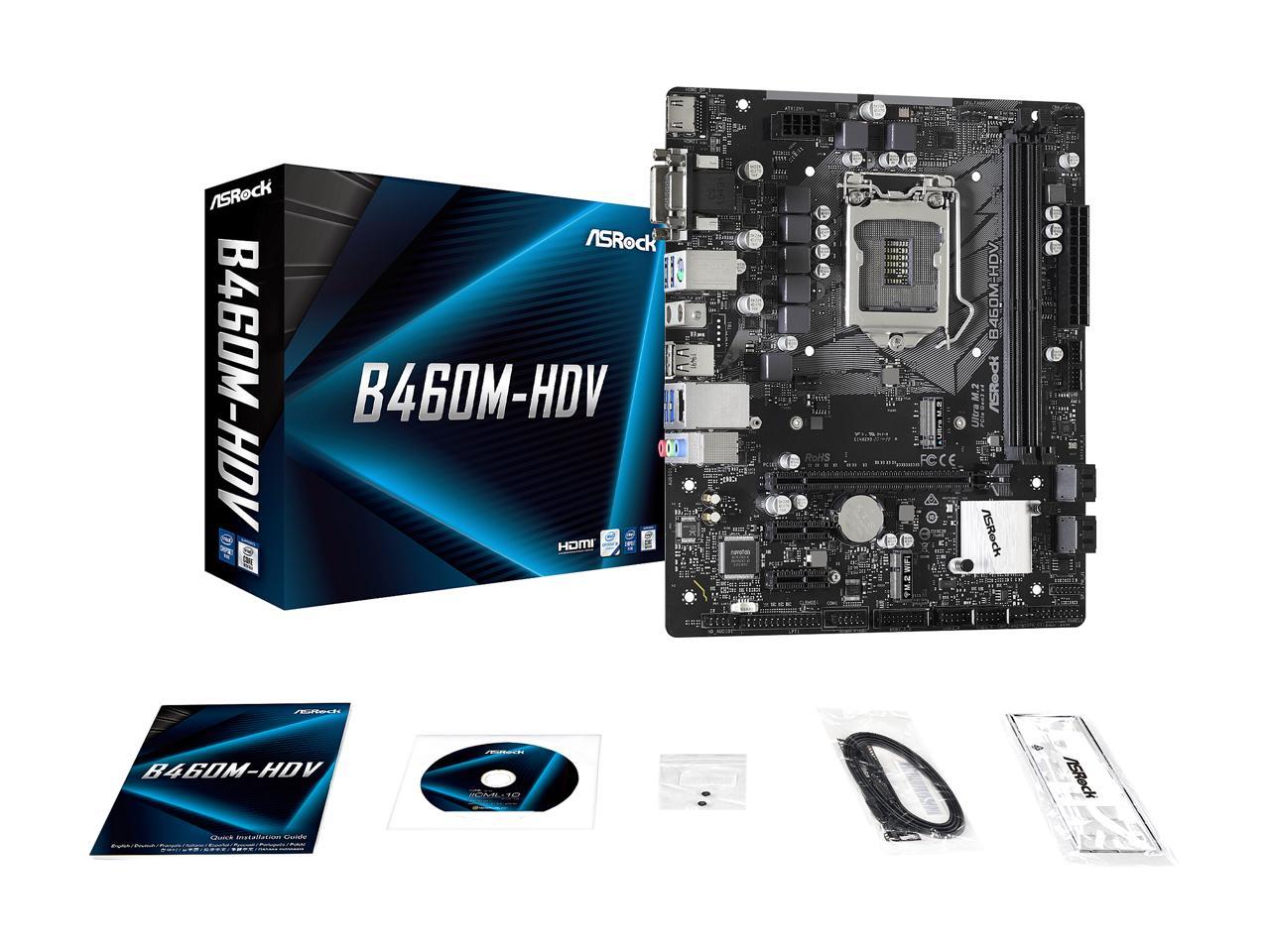 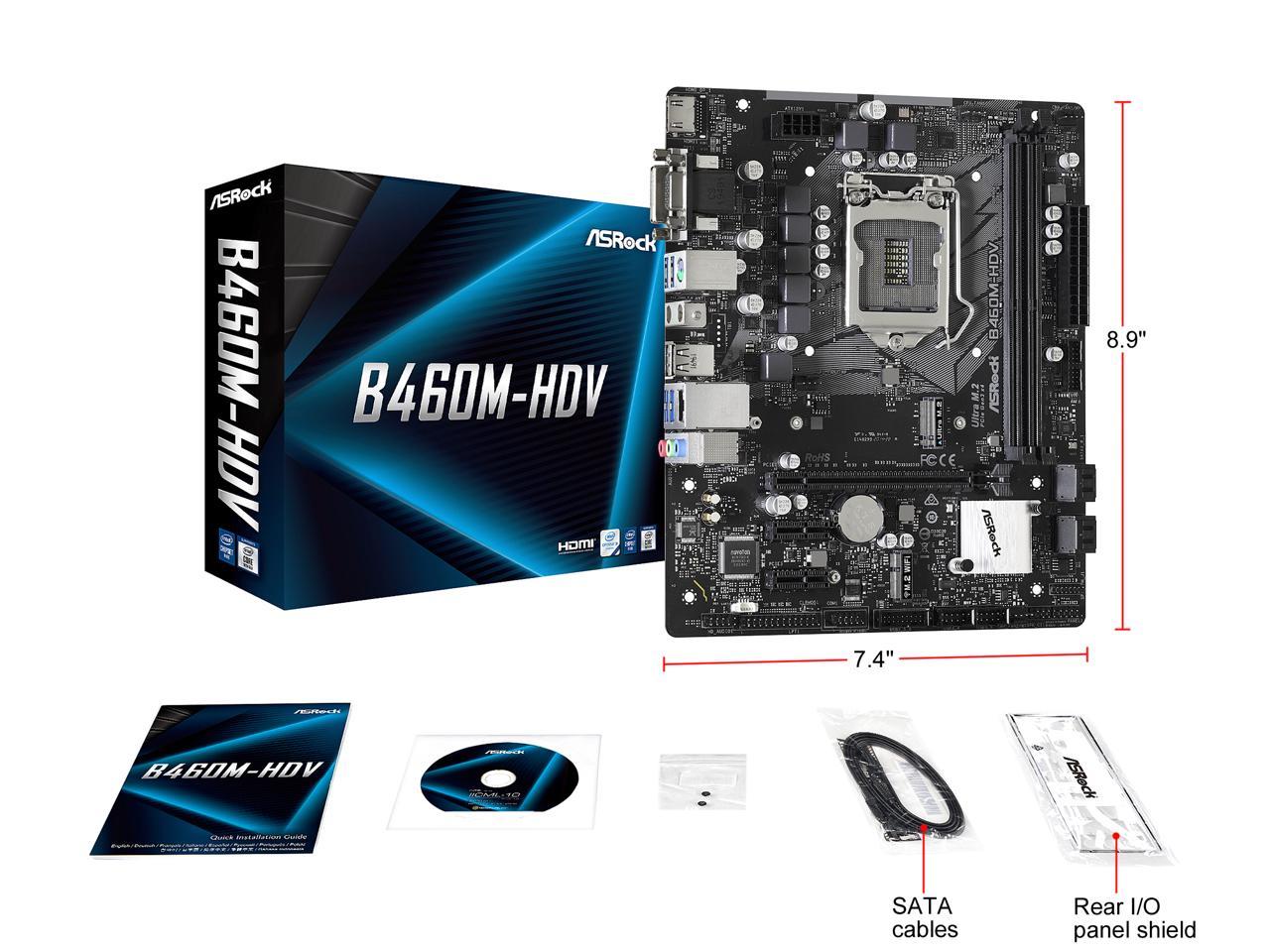 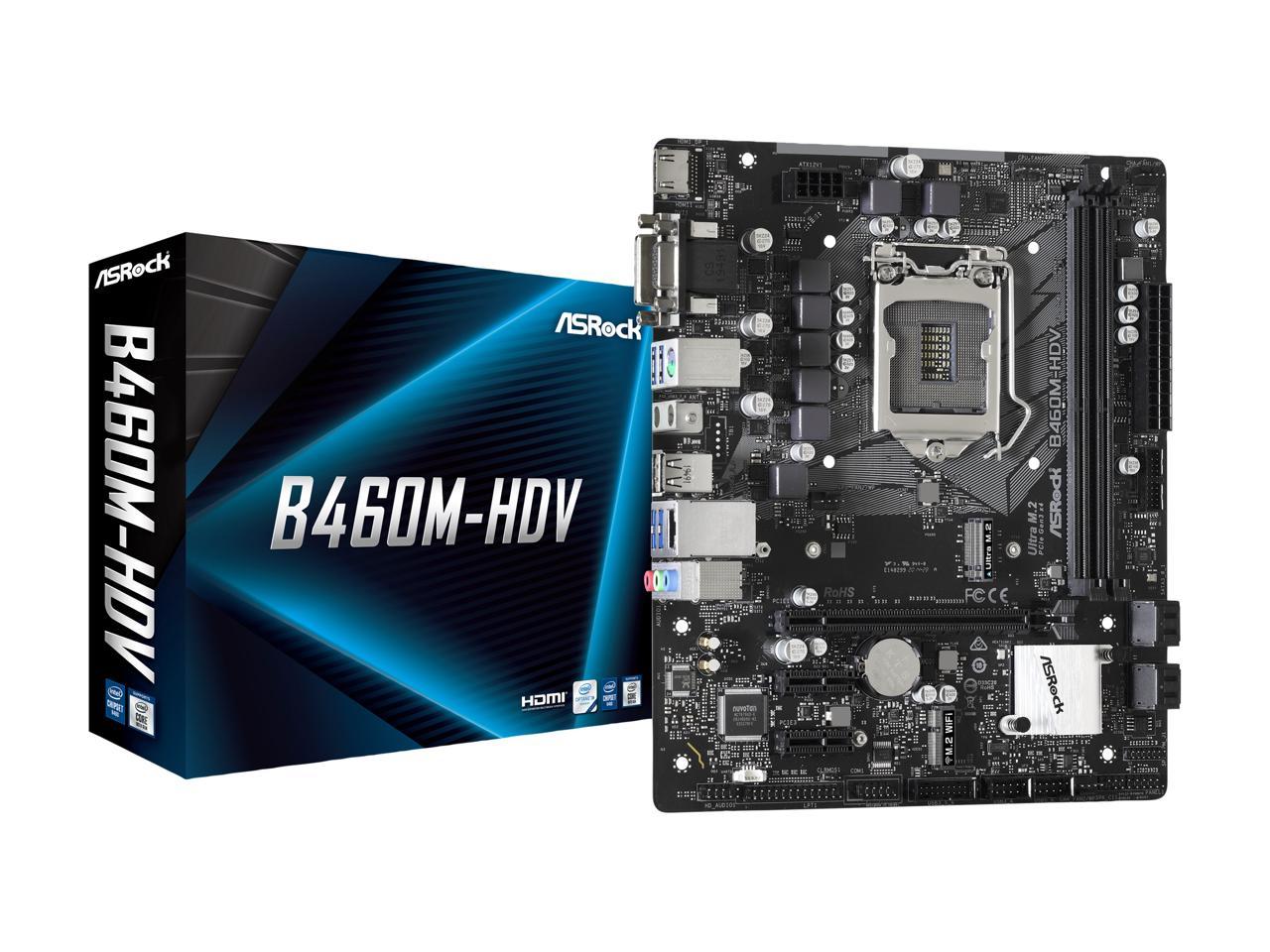 Learn more about the ASRock B460M-HDV

Pros: If you need a cheap socket 1200 mobo look no further. This accepted a i5 10400 and performing swimmingly.

Overall Review: As long as the price remains reasonable.

Pros: - It's Inexpensive - It will fit in the smallest MATX cases - two M.2 slots

Overall Review: I bought this board very much on purpose and knowing all it's downsides in advance... I would not recommend this board to anyone else unless they know what they're getting (or not getting) with this board. Not all B460 motherboards are equal... and this board is definitely on the lower end (but there are worse boards). The adage "you get what you pay for" certainly holds true with motherboards and if you're just looking at the price and want a 10th Gen Comet Lake CPU, I wouldn't go with this board... spend a few bucks more and get a better B460 chipset board. While in theory you can put any Intel 10th Gen Comet Lake CPU in this MB, and it will run, you are most likely getting a subpar performance and you may not even know it. Intel's Turbo Boost technology boosts the speed of your CPU as long as the power delivery and temperatures are within bounds, and this is where this cheap motherboard cut corners to save a buck and you'll suffer for it. If you put an i7 10700 in this board, it has a base clock of 2.9GHz with a Turbo Boost of up to 4.8GHz... IF the power delivery and temperatures hold... the VRM that powers the CPU on this MB is only a 7 power phase VRM with no heatsinks to keep temps down... under stress you will probably never reach or hold that 4.8GHz speed, and you may be much closer to 2.9GHz than 4.8GHz with a cheap board like this, vs a better B460 board with better power delivery (as an example, the MSI B460M Mortar has a 12+1+1 power phase with beefy heatsinks on the VRM). So why did I buy this Motherboard knowing all this? I have four PCs in my house and one of them is in my bedroom in a tiny MATX case in a tiny space in my bedroom that is only used to surf the web and not much else... the case I use and need doesn't hold bigger/better MATX motherboards, so I bought this board based only on the fact it's a pretty tiny board, but also had some nice features like two M.2 slots... since I dont need the VRM to get the CPU to run at max Turboboost, this MB was acceptable to me... but I also rebuilt two other systems in the house and I put MSI B460M Mortar MBs in those systems, because that is a high quality board that will handle any CPU you throw at it (even a i9 10900K would run with that VRM) and has more features like 4 ram slots. In conclusion, i'd stay far away from this Motherboard if you want all your CPU has to offer with Turbo Boost... it will work, it has some nice features, but there are far better boards out there than this. But hey, if you need a tiny MATX board for a tiny MATX case, then ya, I suppose this will do.

Pros: Budget enough for your build. NVME support is a bonus too. Works with Pentium G6400 CPU.

Cons: Not too many fan headers, fan hub recommend for more than 2 fans.

Pros: It's small Micro ATX Motherboard but function is good.

Overall Review: Complete trash motherboard. Literally is incapable of seeing or using an RX580 and there is no support from asrock at all. Absolutely no reason this board can't work with my GPU. Tested EVERYTHING and everything works. The second I try to use the 580 with this board it just completely stops working. Buyer beware.