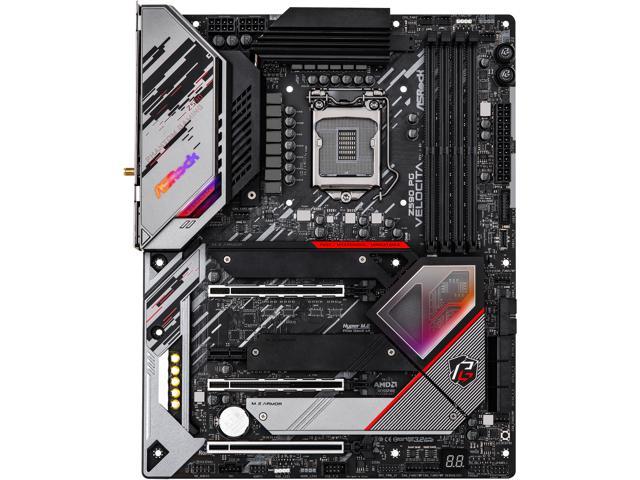 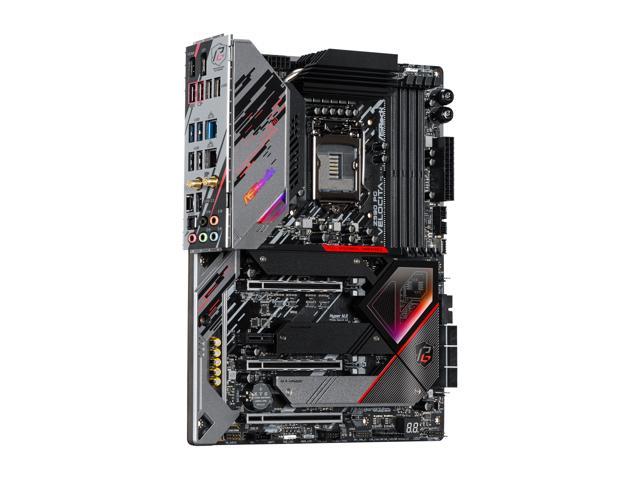 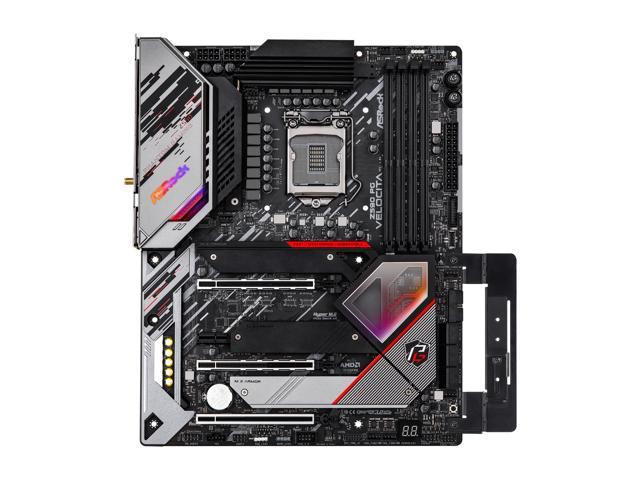 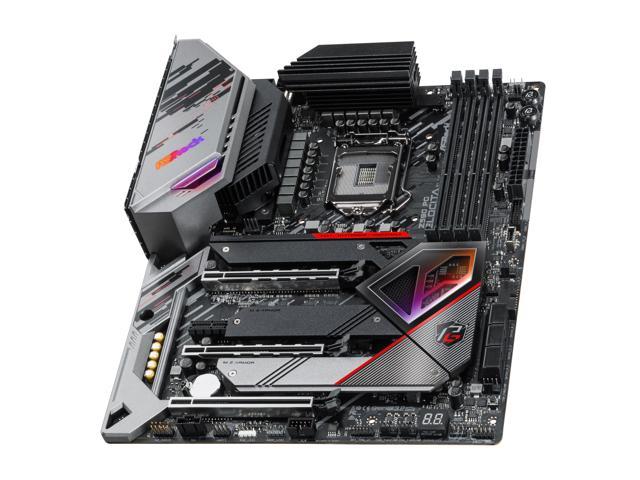 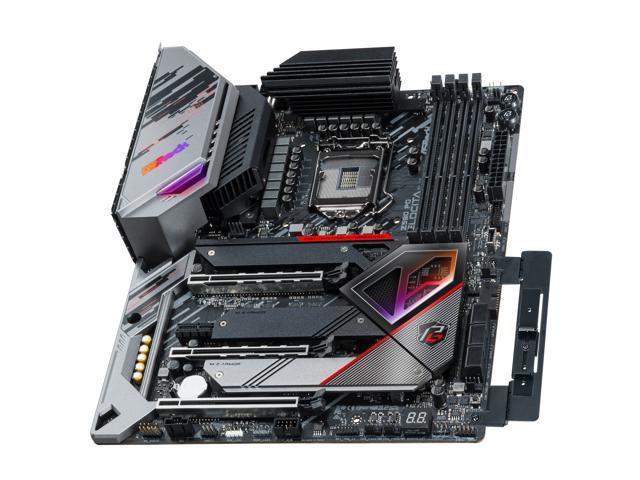 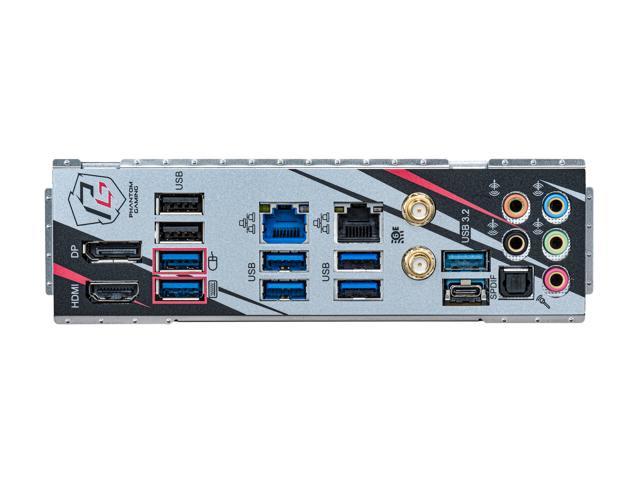 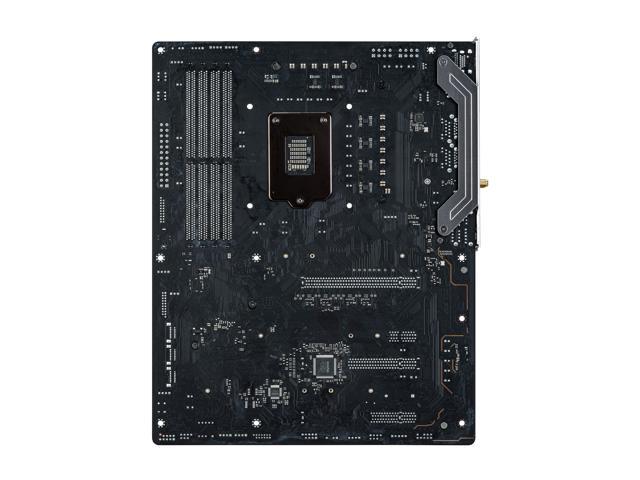 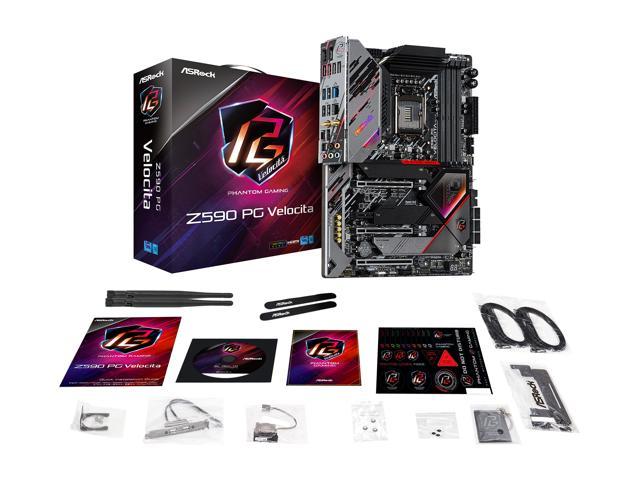 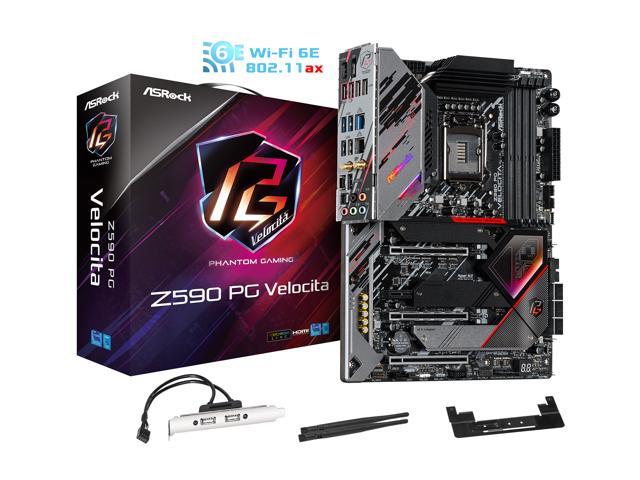 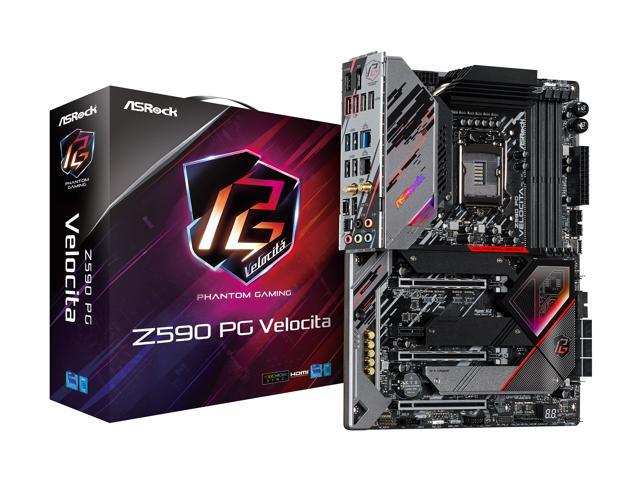 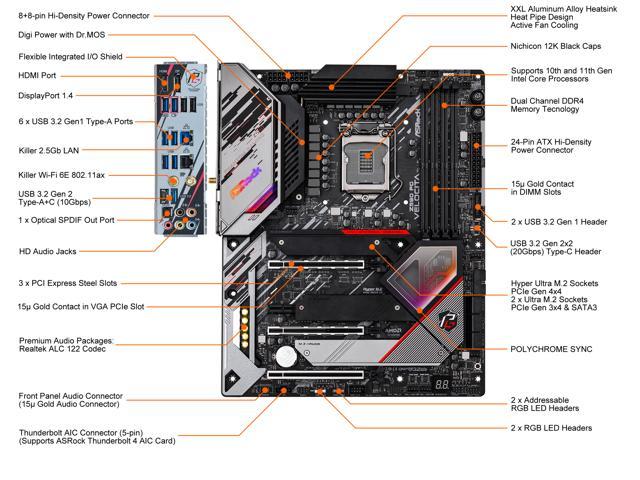 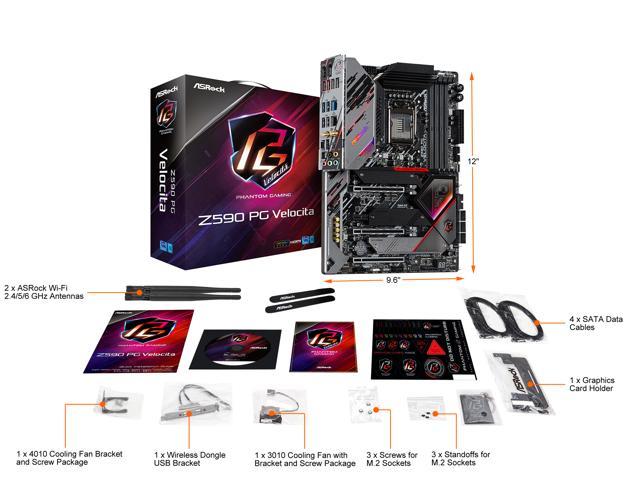 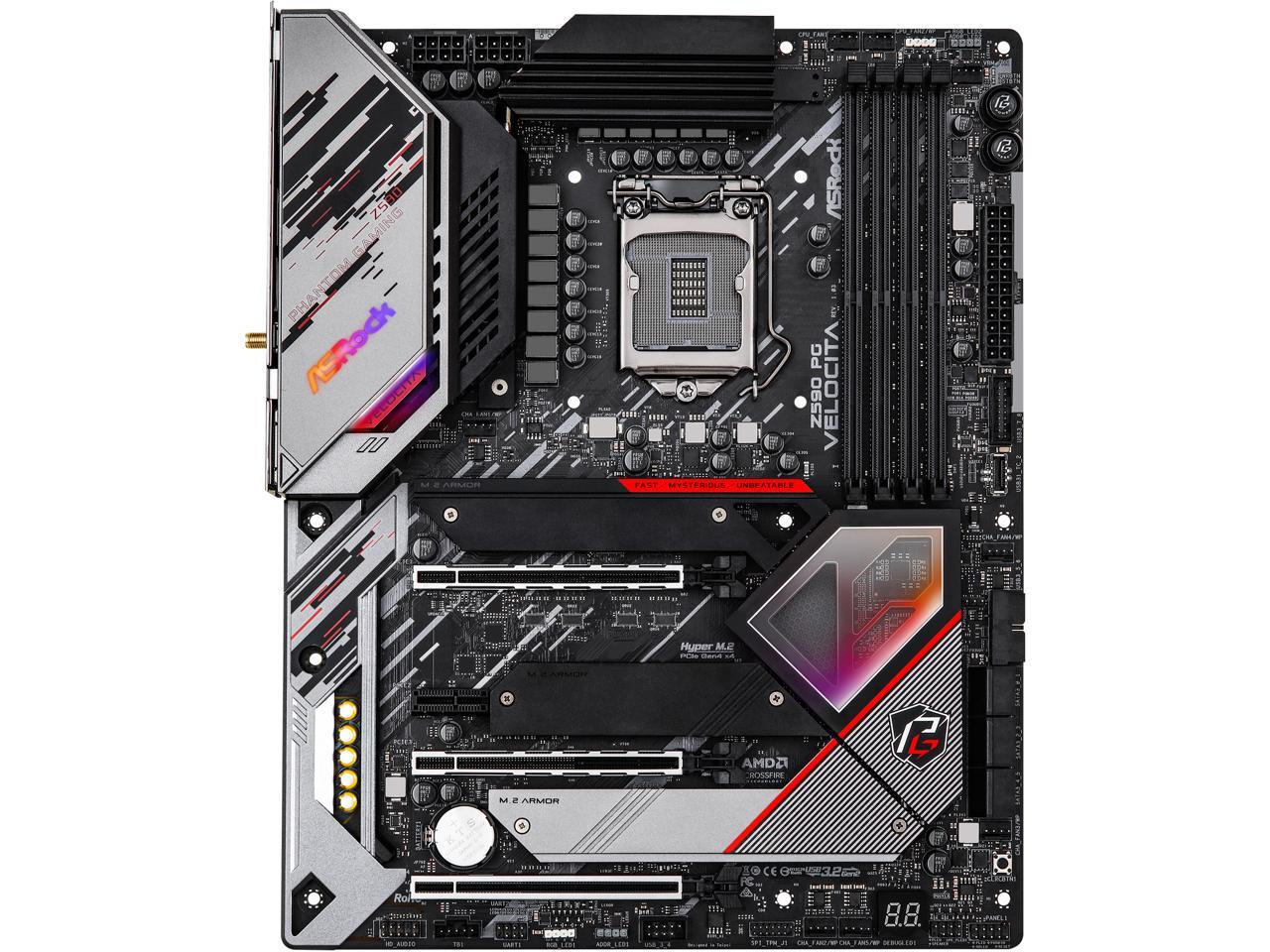 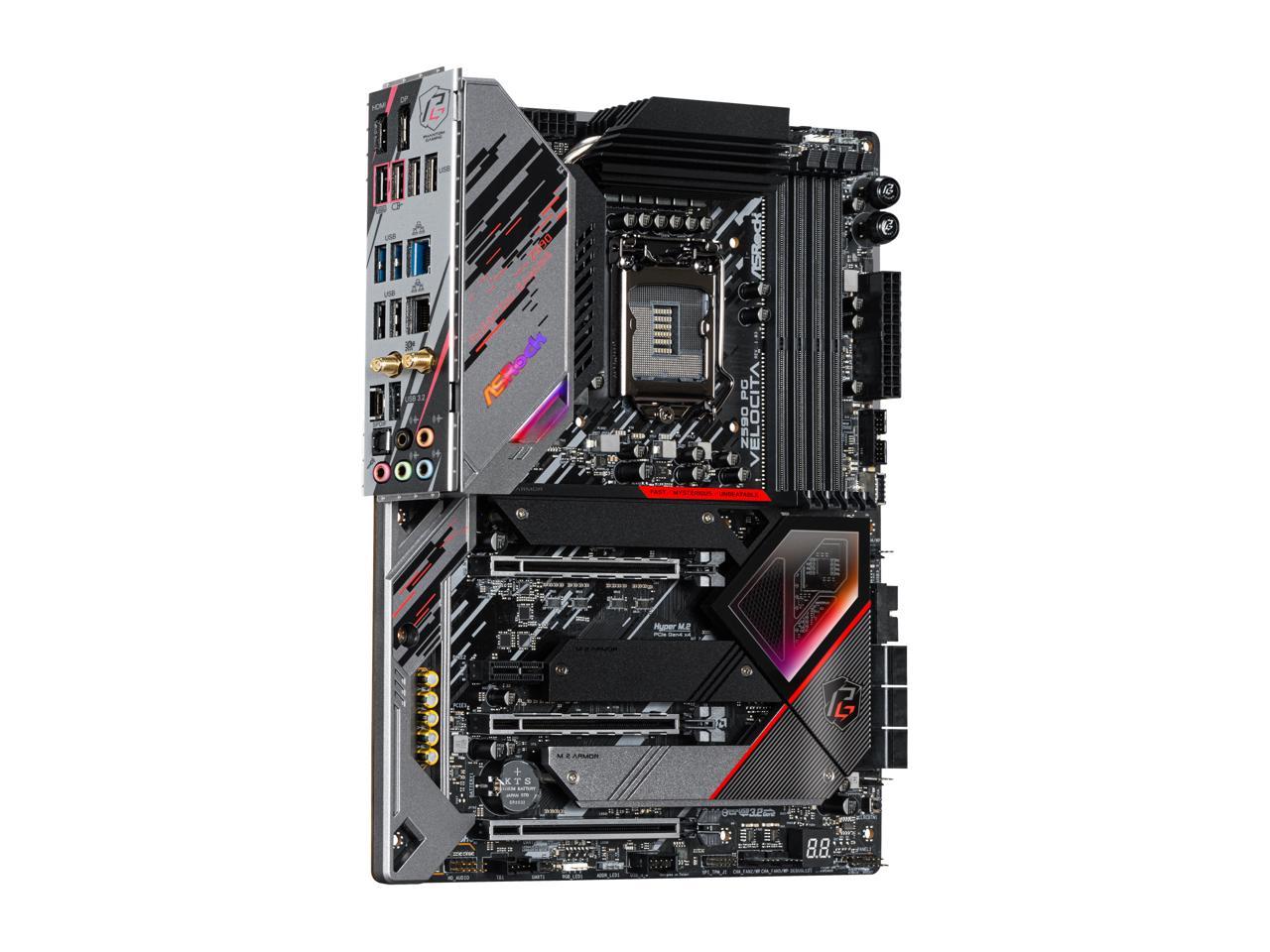 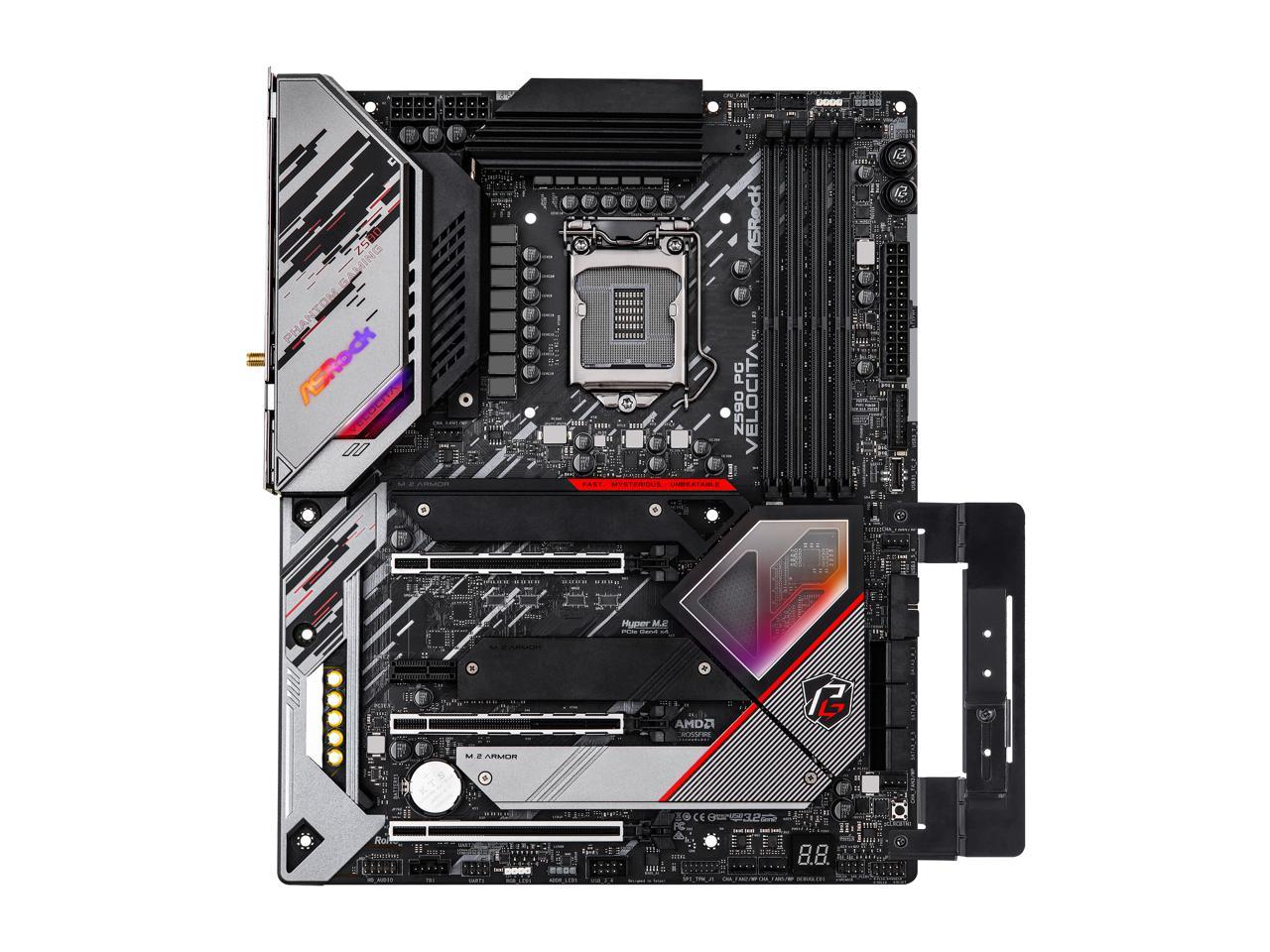 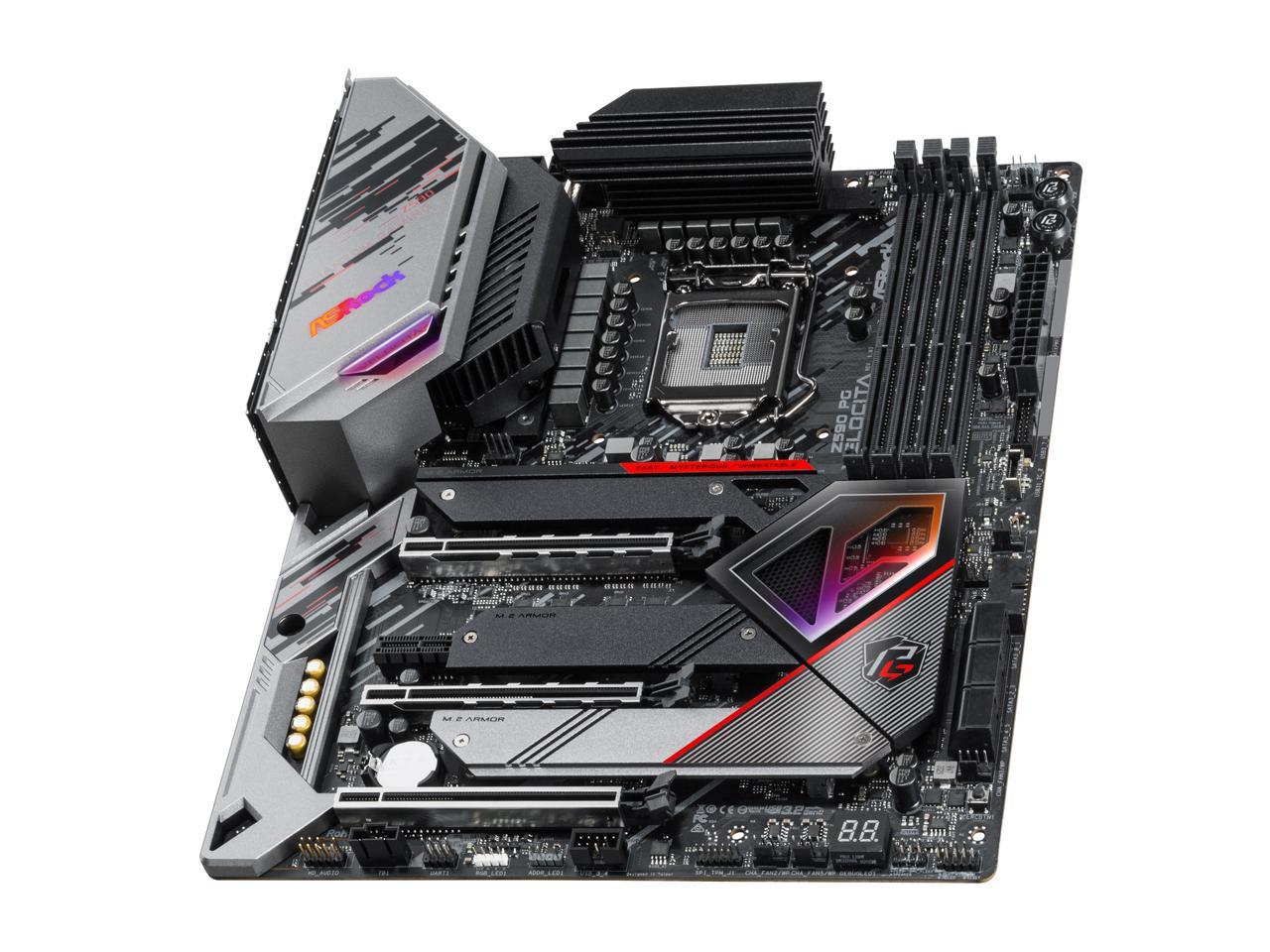 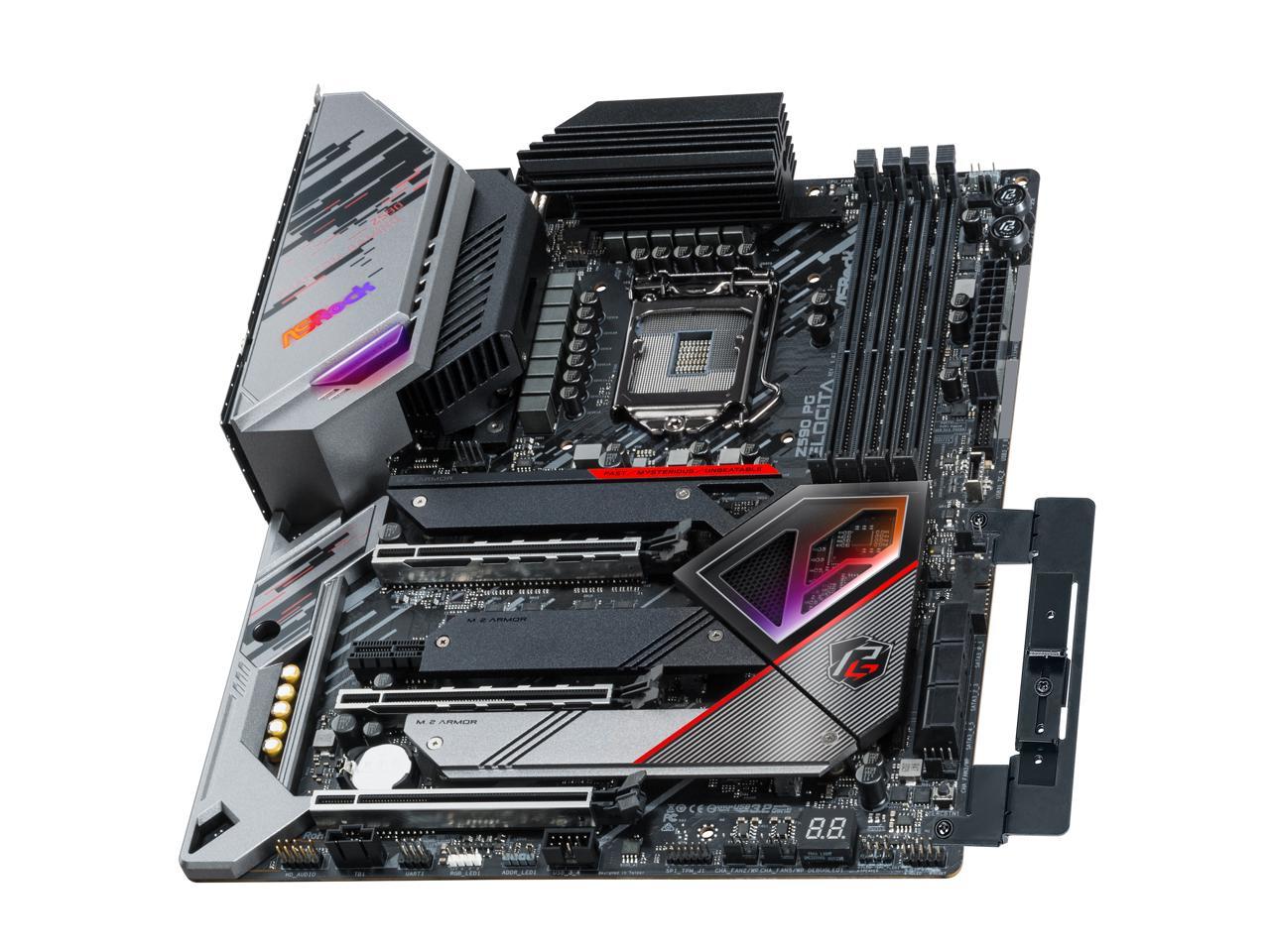 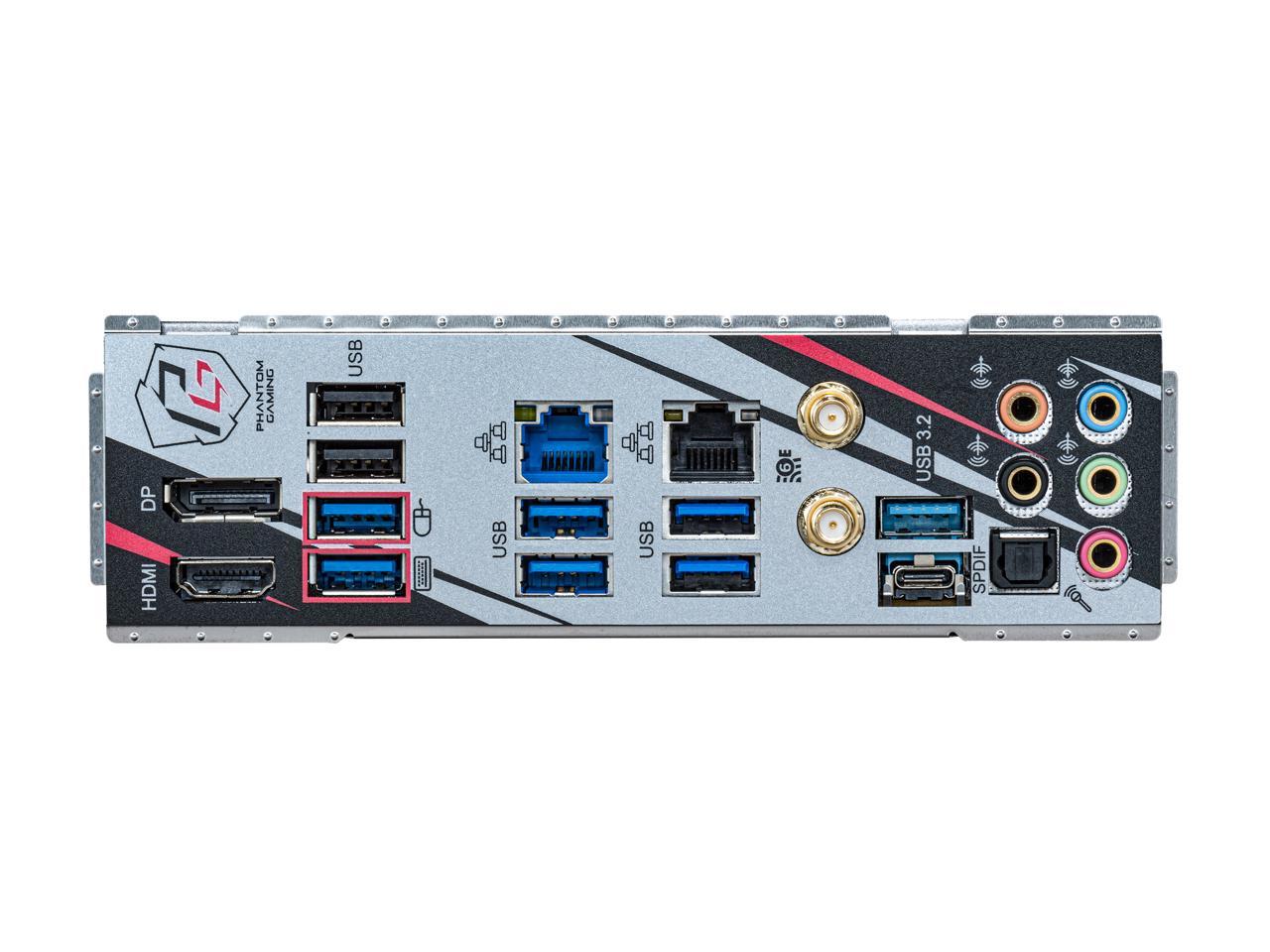 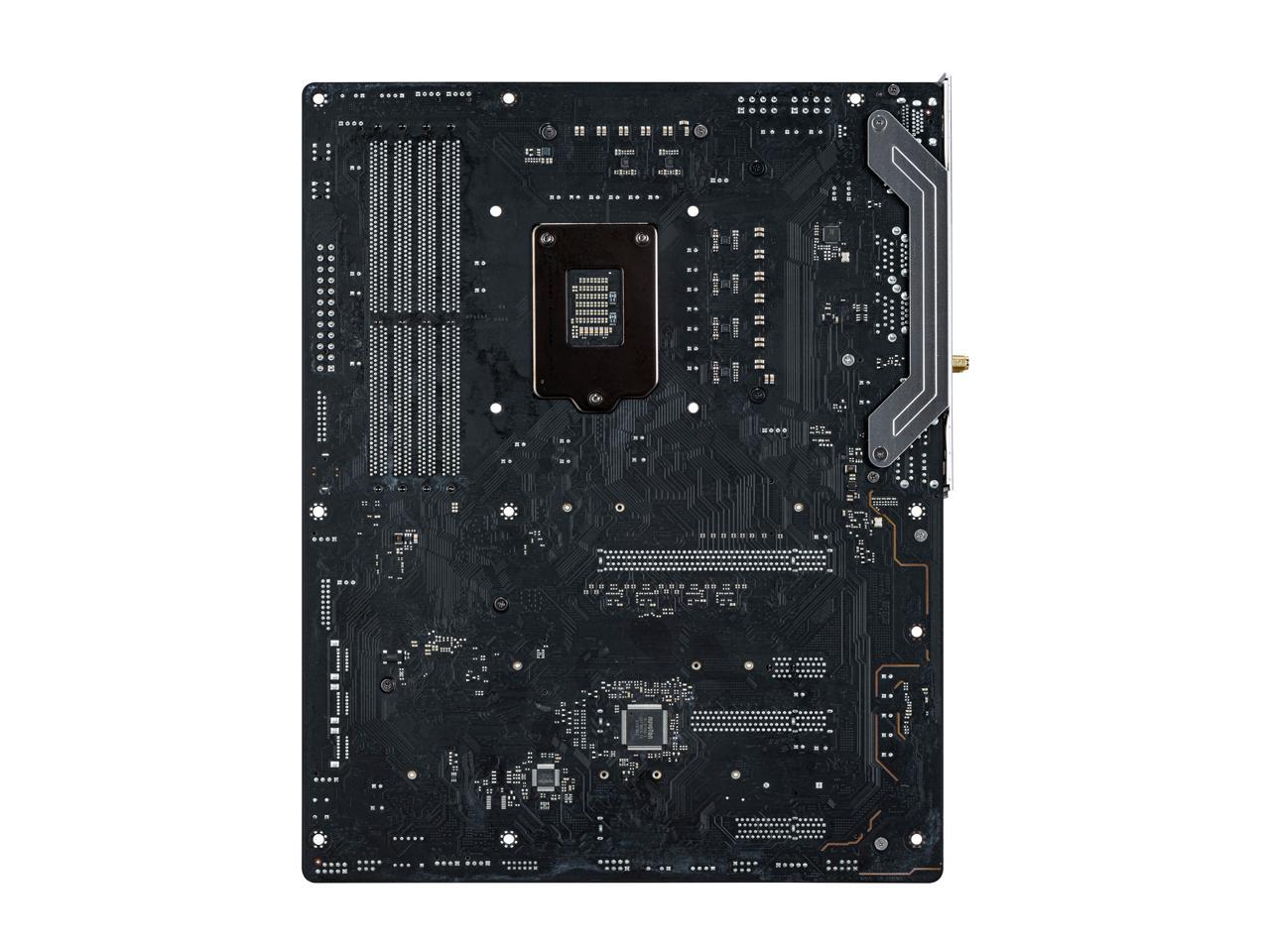 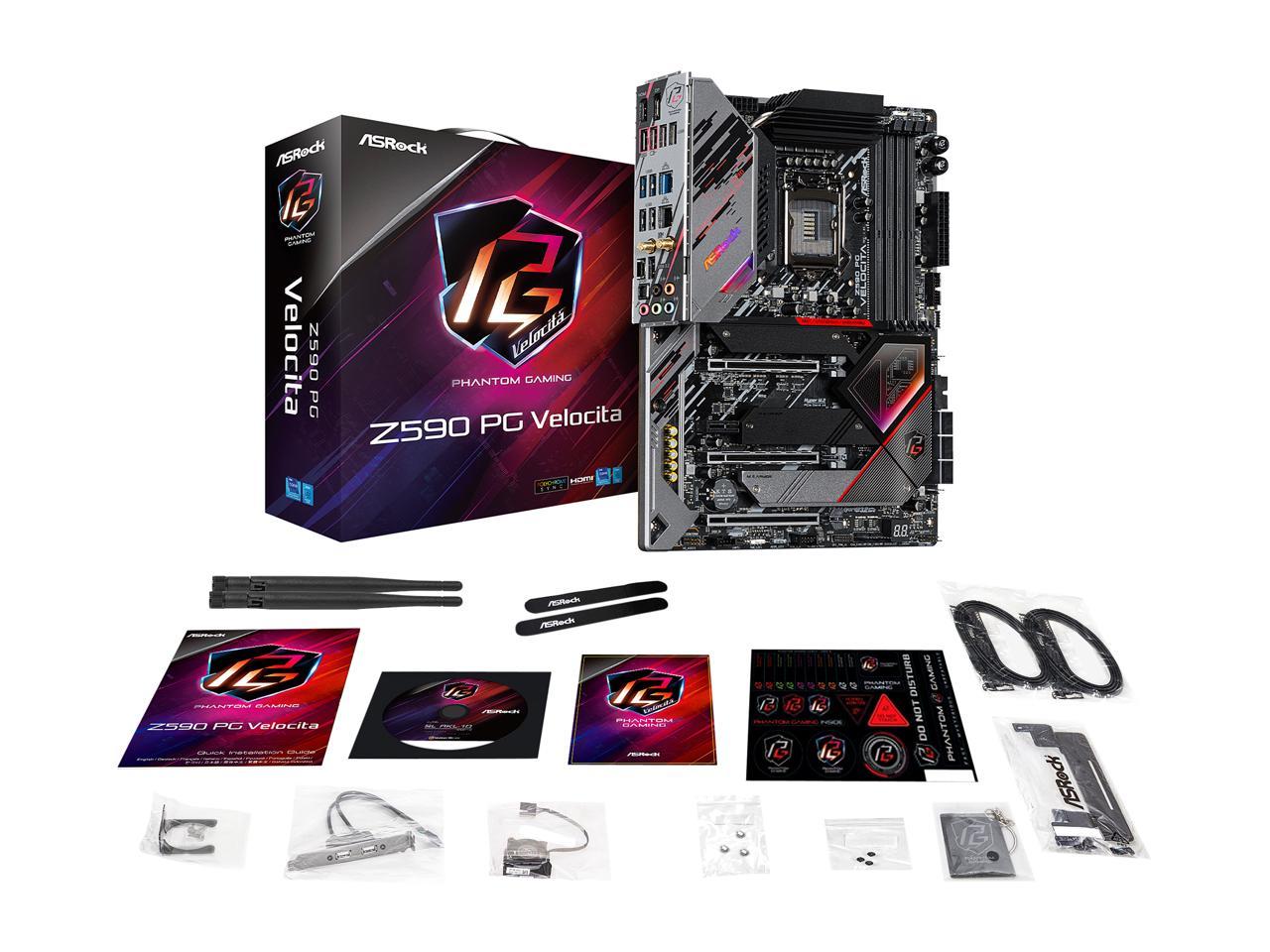 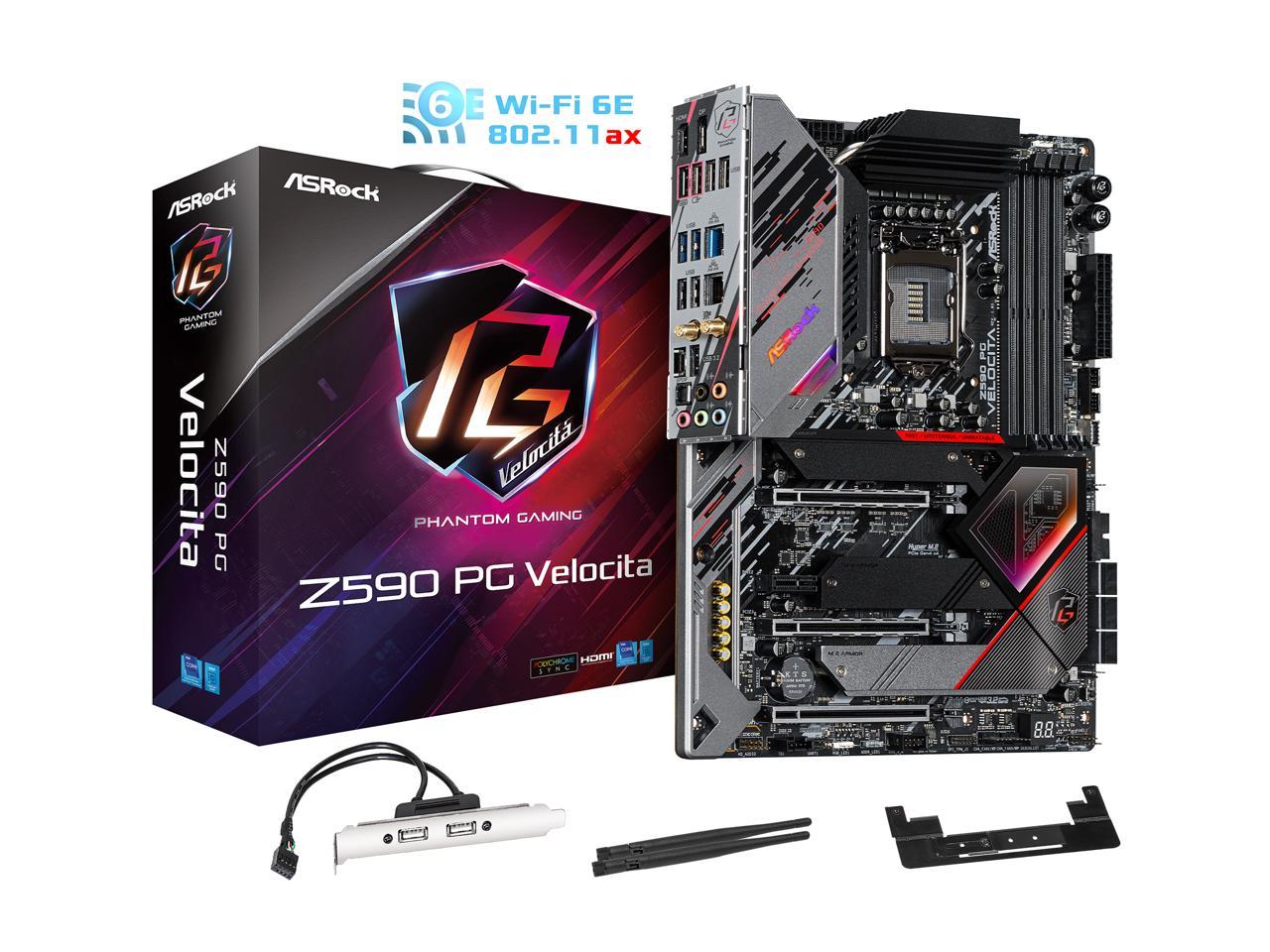 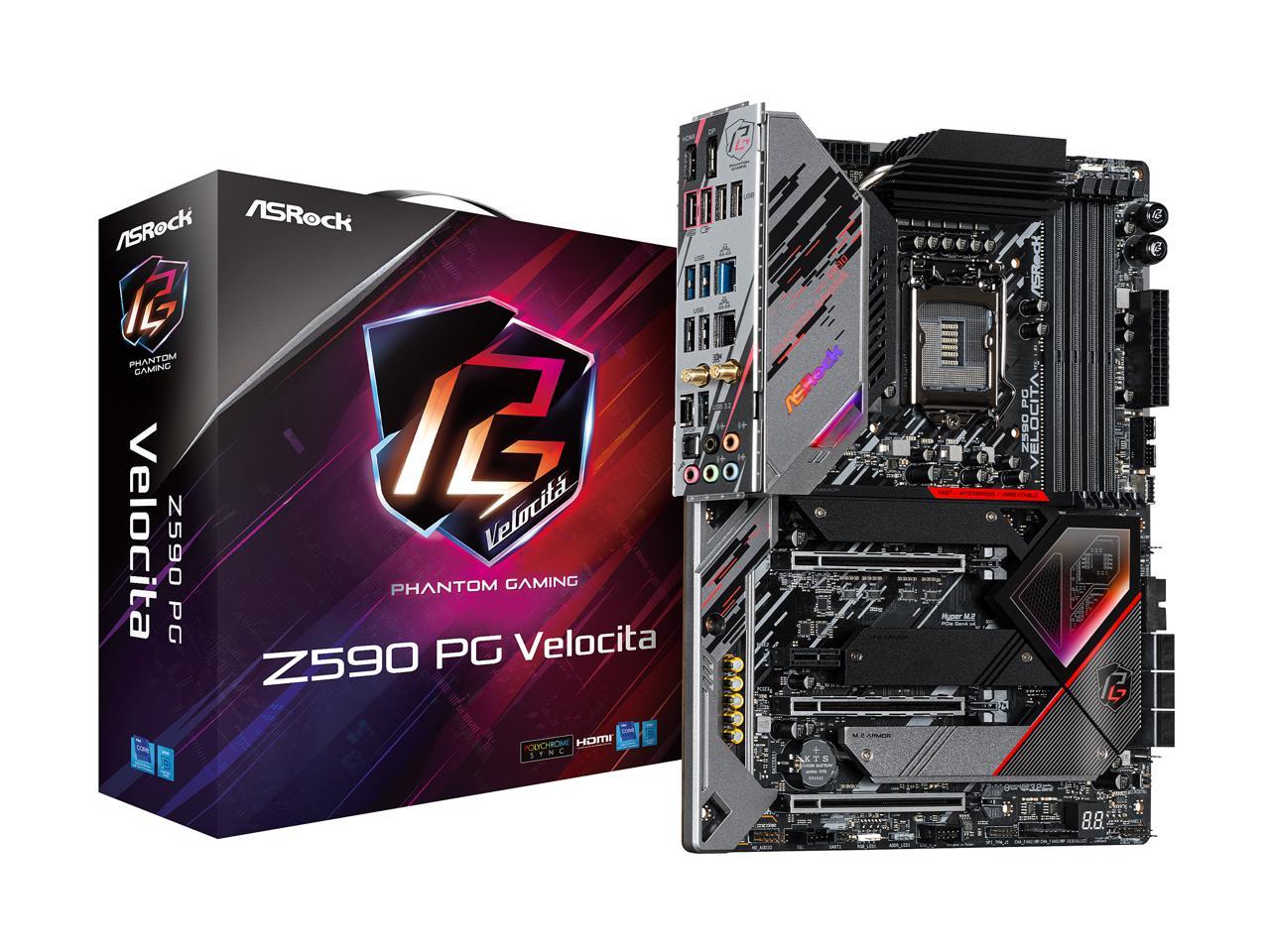 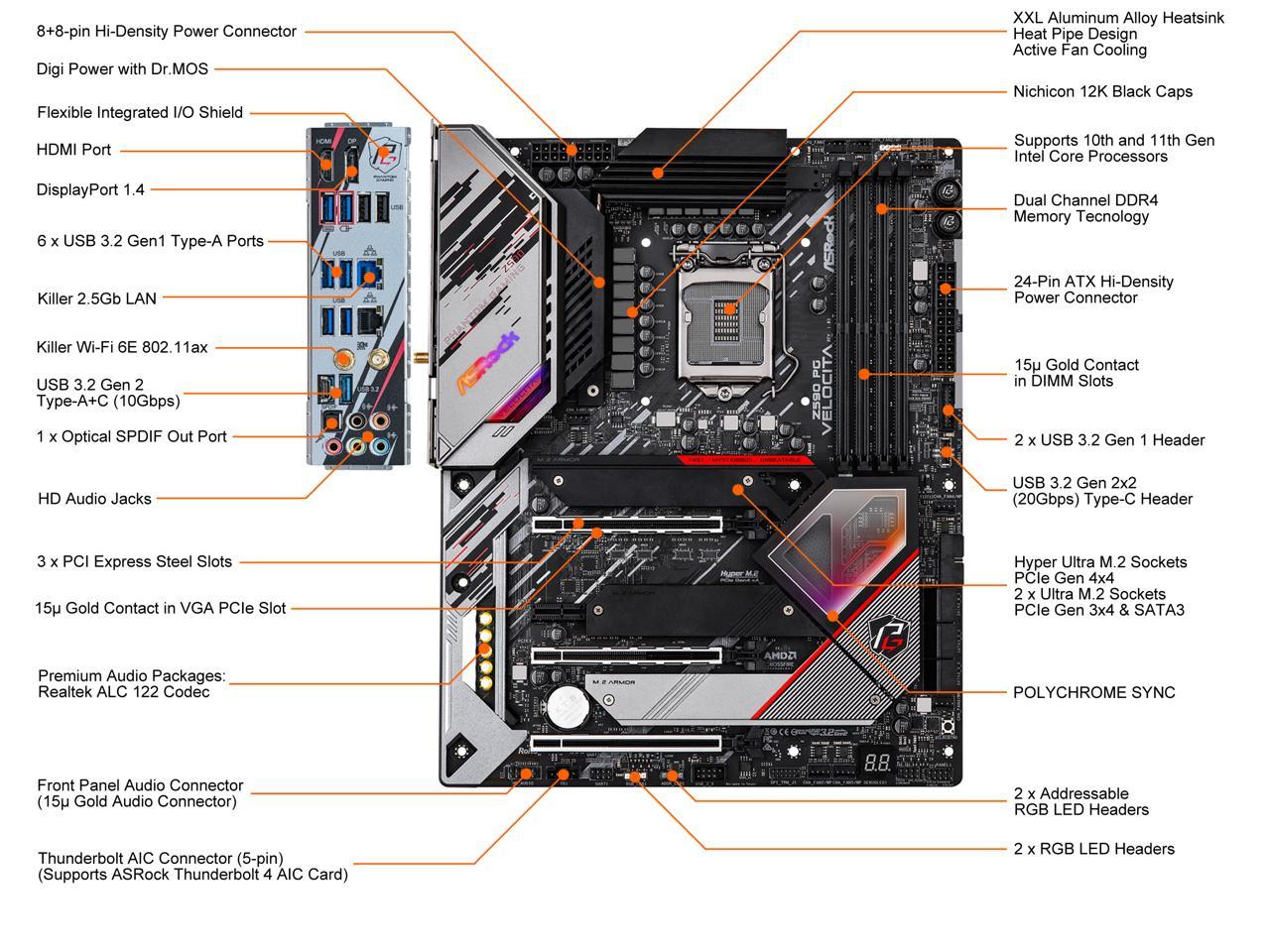 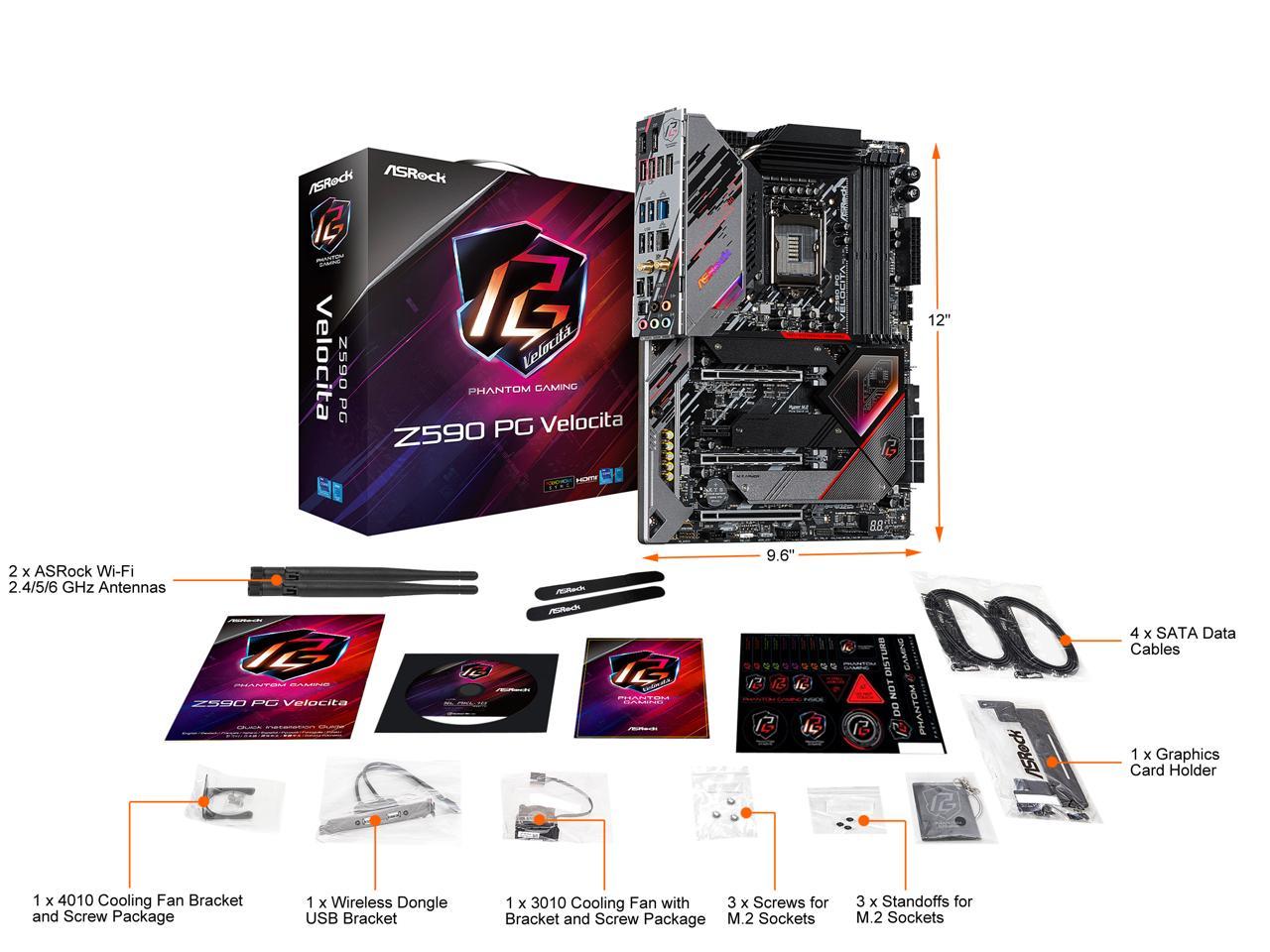 Overall Review: My first Velocita, really liking the design for the phantom gaming series in general. The build quality is great, as expected from the ASRock brand. Having a 2.5G LAN port for the first time, VERY noticeable when accessing my NAS. Personally, I dont feel any difference with the Lightning Gaming Ports myself for the mouse and keyboard, but hey its there. Also, this Graphics Card Holder needs to be standard on every MB, its very simple and it just works. I dont know why no one came up with this design until now, but I am not getting another board without this. Anyways, you just cant go wrong with ASRock boards.

Pros: I bought with motherboard for i9-10850k CPU and it performs well, Easily setup and instruction, good price , many functions in BIOS.

Cons: nothing so far

Overall Review: I absolutely recommend this product, Best price with lots of feature

Overall Review: Came over from ASUS seeing their prices are extremely high. Decided to go with this Asrock for my new I7-11700K. Right from the start I noticed issues with my the board kicking my power supply off at restarts during my windows install. Sometimes the board can't find my boot drive (M.2). Best of all the motherboard does not complete a shutdown, it keeps my CPU on, along with my cooling pump. After a bit of research this is a known issue with Asrock boards but nobody knows why. I've disconnected all cables, reseated CPU, disconnected all drives, GPU, did everything in the book for troubleshooting. WHICH is even more frustrating at how many hours I have wasted today trying to fix this issue.My computer appears to run fine when booted into Windows but this shutdown issue is very concerning.My PSU is fairly new but I had it connected to my old system and it worked just fine.Specs - I7-11700k, WD Black M.2, WD Blue M.2, various SSD/HDD, EVGA 750W G3, Corsair H100i pro AIO, EVGA 2070 Super.

2 out of 3 people found this review helpful. Did you?
Manufacturer Response:
Dear Valued ASRock Customer, Thank you for purchase and review. For the shutdown issue, please try and check following. Load the BIOS setting default. Test with 1 x memory, switching another memory if its same issue. Check the CPU is not overheating. Test with another known goo power supply (refer to VGA card's spec. requirement). If you have any technical or warranty inquiry in the future, please contact us at https://event.asrock.com/tsd.asp We will assist you shortly. Thank you ASRock Support Tech Support Email: https://event.asrock.com/tsd.asp
Anonymous
Ownership: 1 month to 1 year
Verified Owner
Excellent board.5/13/2021 6:11:55 PM

Pros: Tons of features.Very nice BIOS.Works with 11gen out of the box. My 11900k booted up on BIOS v1.0.Heatsinks for everything, including your m.2 drives.GPU support bracket is excellent. My Asus TUF 3090 was sagging by quarter of an inch.Backplate is integrated in - very nice feature. One less thing to worry about.

Cons: No support for ABT (Adaptive Boost Technology) in BIOS v1.0 - but AsRock support says they are adding it in next release.One more con - for me was lack of standard internal USB pin outlets. My previous AsRock x99 Professional Gaming i7 had more. I had to use a splitter. No big deal, but would be nice to have an extra one. Update: AsRock updated the bios adding ABT support, but I am experiencing a lot of instability in real-time 3d (games) with BIOS 1.10 and 1.30. Games crash 5-15 minutes in, and sometimes take whole windows down with the crash. I went back to BIOS 1.0 - which is rock solid, but without ABT. Update 2: Another problem came up after few months of usage - Killer NIC started disconnecting randomly from lan. Backlight would flash orange. Switching to generic NIC fixed the problem. Running latest drivers from 2020. Beware of this if you intend to use this Killer NIC.

Overall Review: Overall happy, but beware of cons I've mentioned. Maybe its just because its a new product and this will get squared away eventually. Still not too happy with unstable BIOS updates and malfunctioning Killer NIC.

Overall Review: Yes. I would.

Overall Review: I bought the Asrock z590 PG VELOCITA for the new 11th gen i7 11700k cpu and for room to put a crossfire gpu. The boards' integrated peripherals bay and my Corsair H100i didn't fit into Cooler Master n400.The Bios is easy to maneuver and pick settings.Initially I didn't want LEDs but they look nice Note: This review for ASRock review rebate program. Very happy with my purchase!