Feel 100% satisfied with your purchase -- with no restocking fees & no return shipping costs* within 30 days of delivery. Learn More
Price Alert
Add To ListFound on 31 wish lists 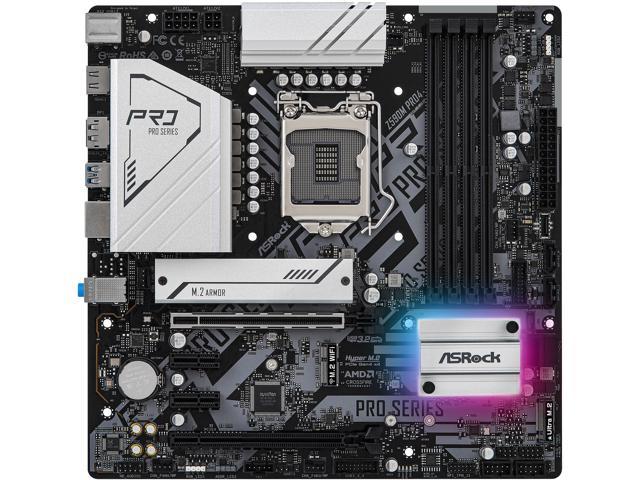 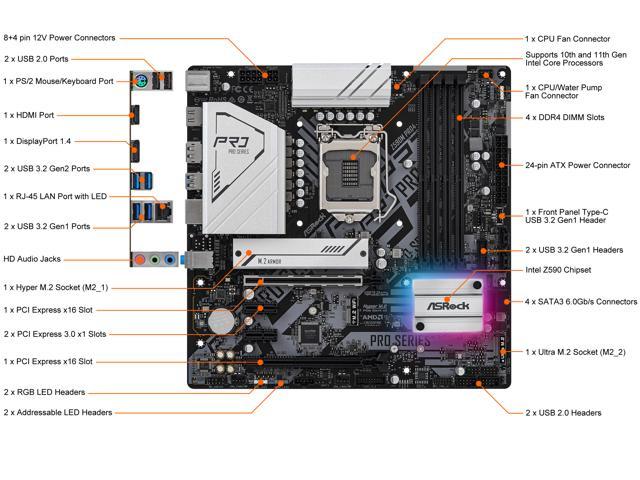 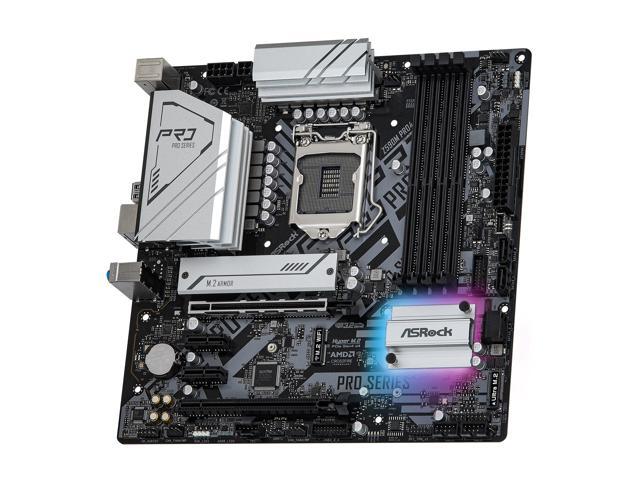 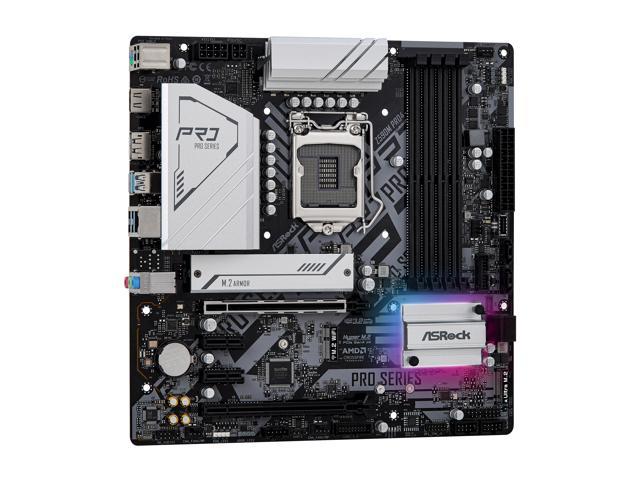 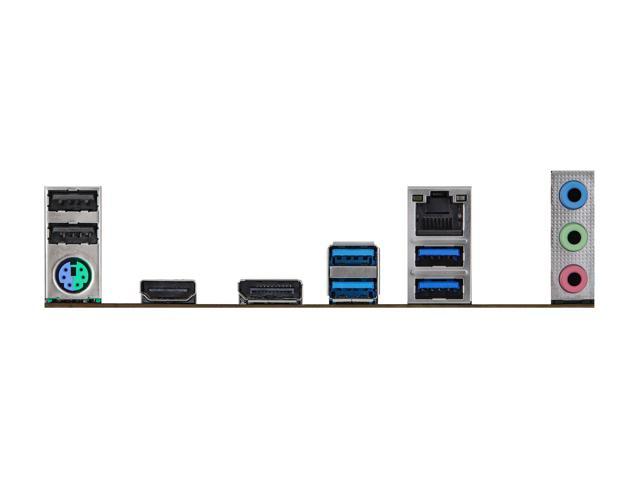 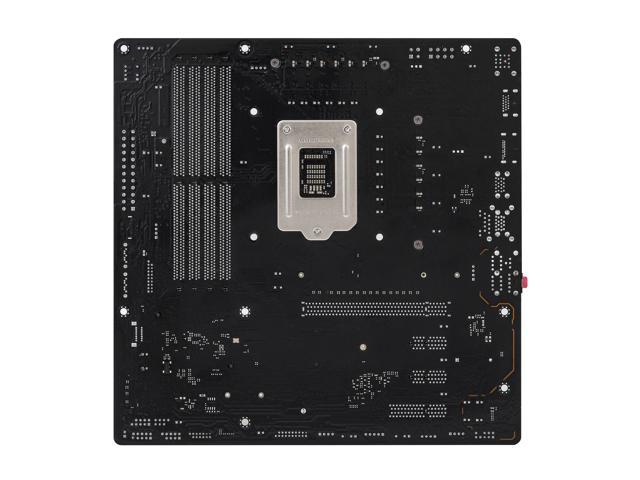 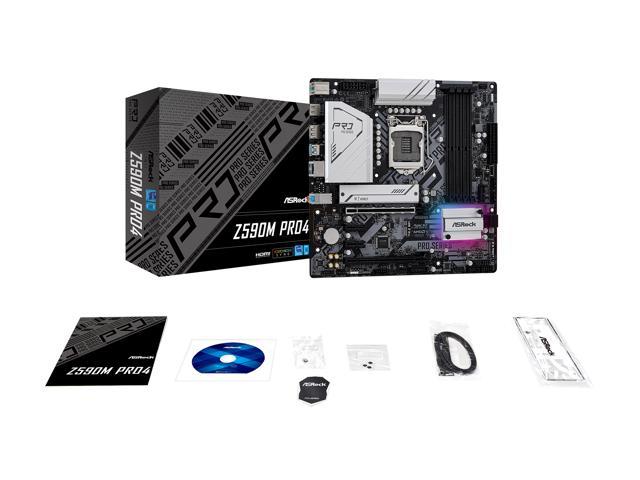 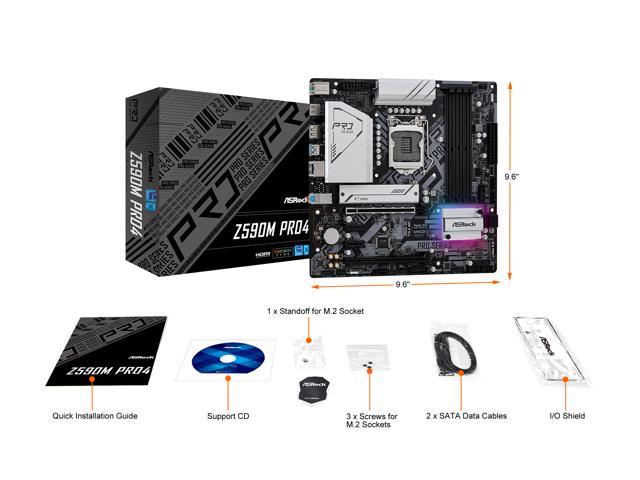 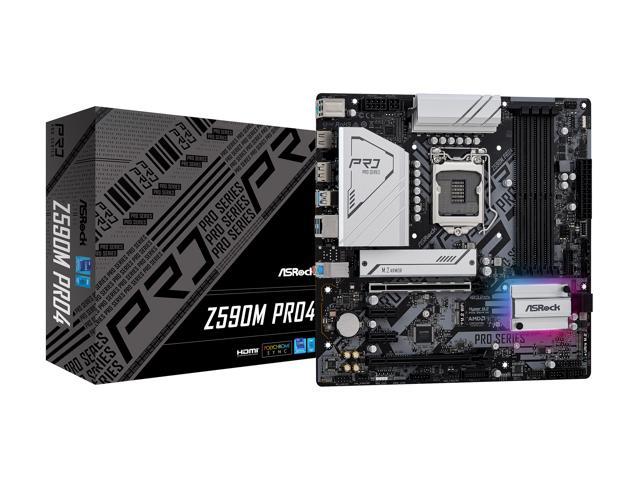 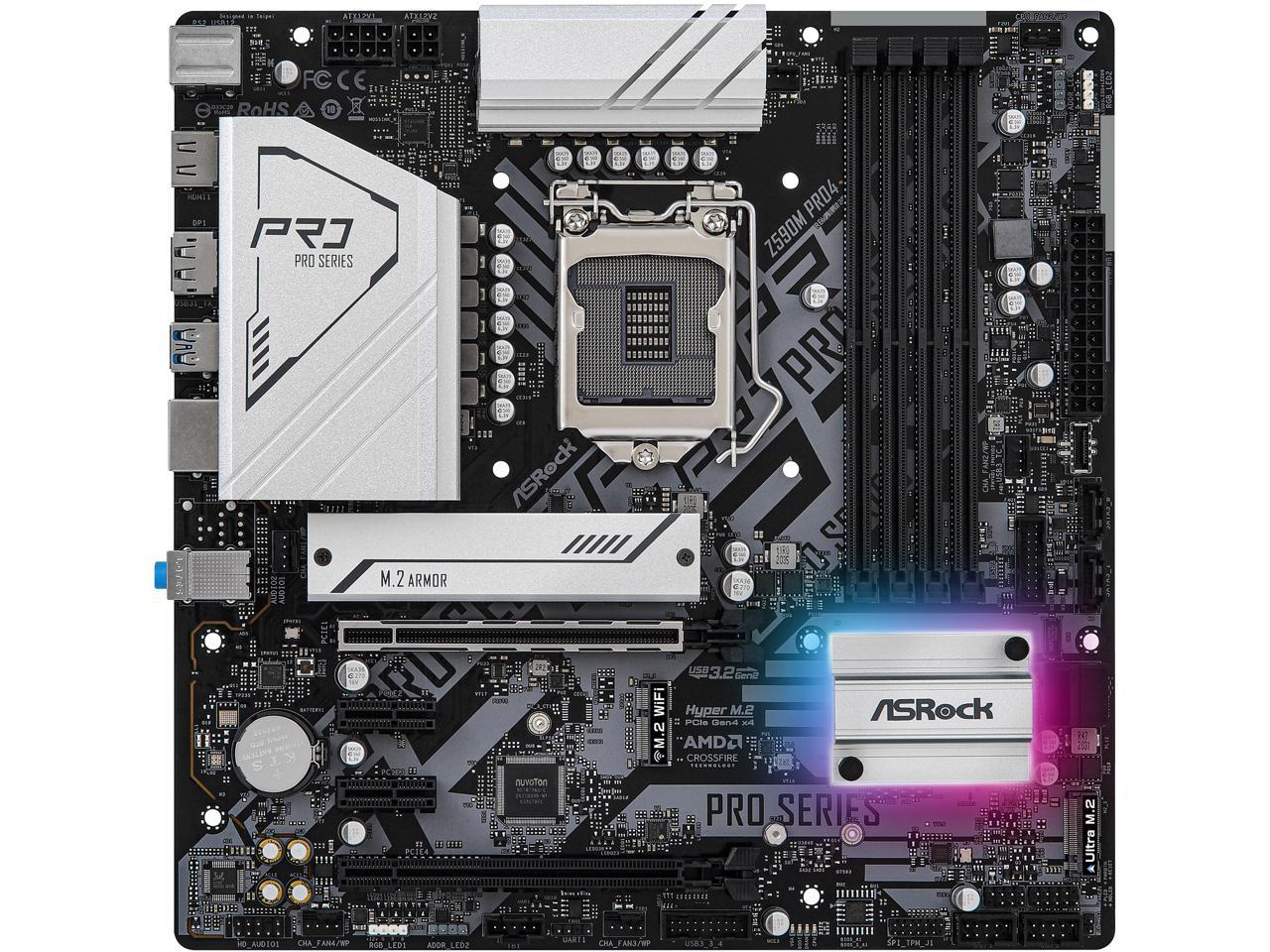 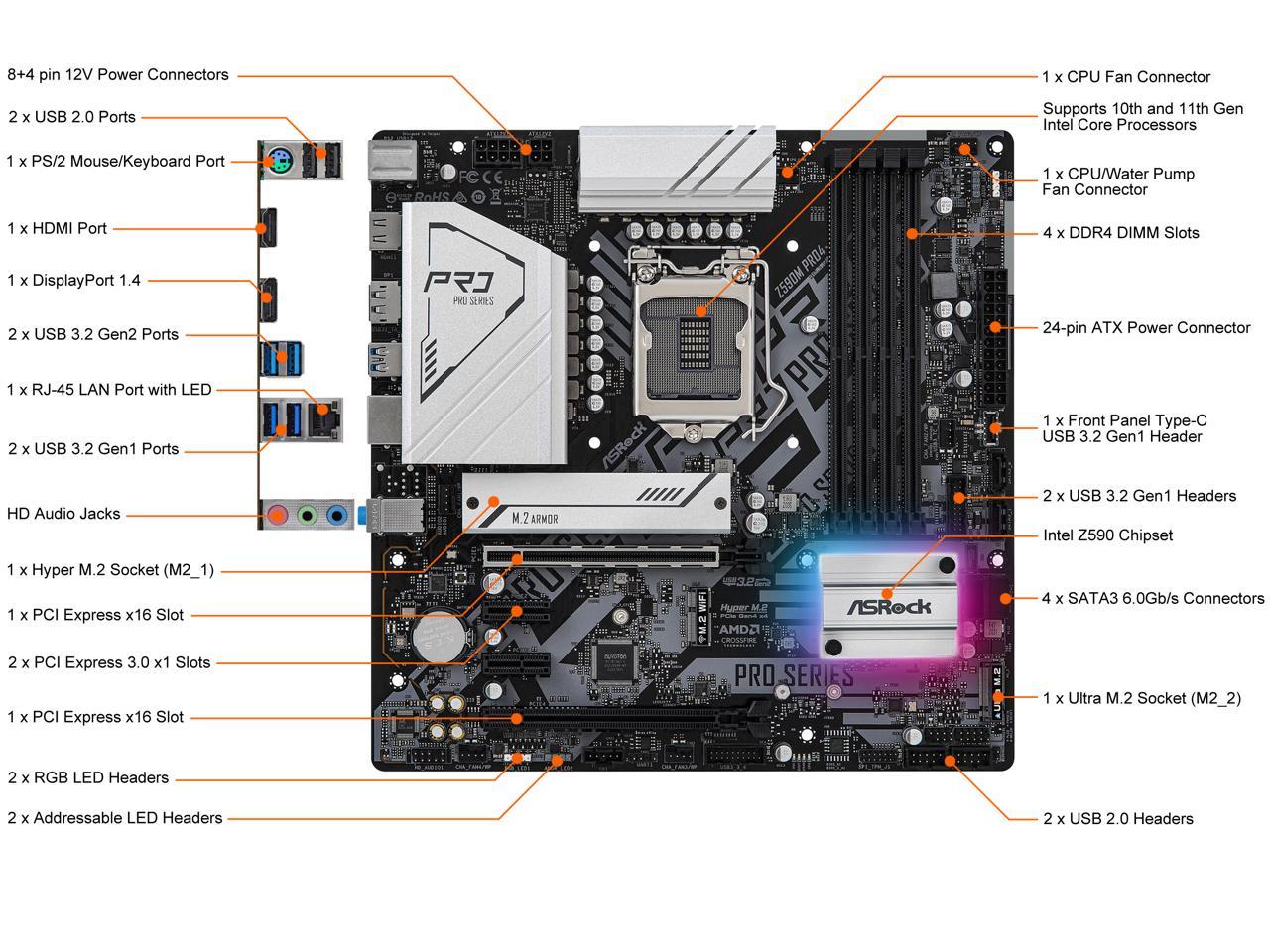 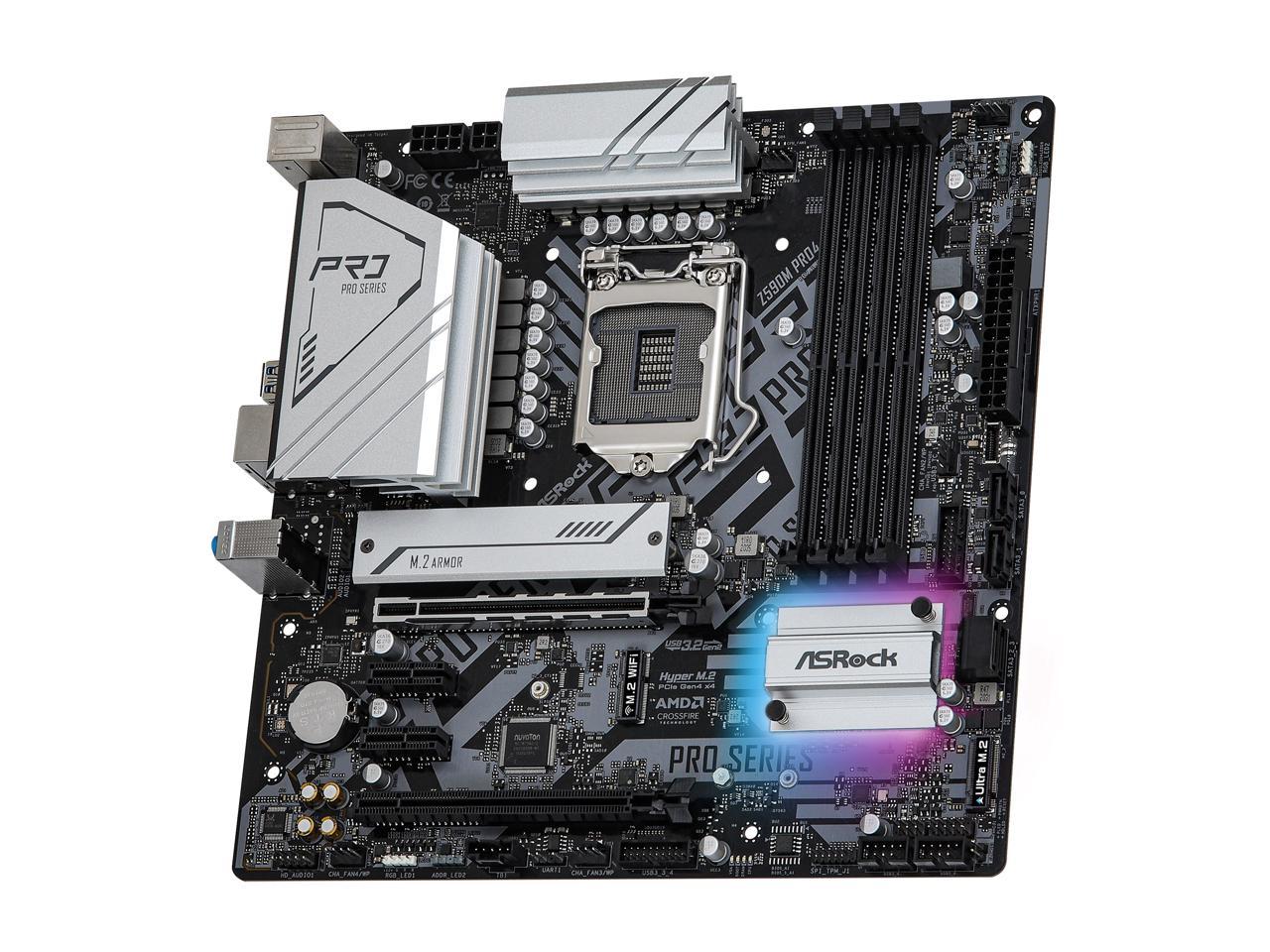 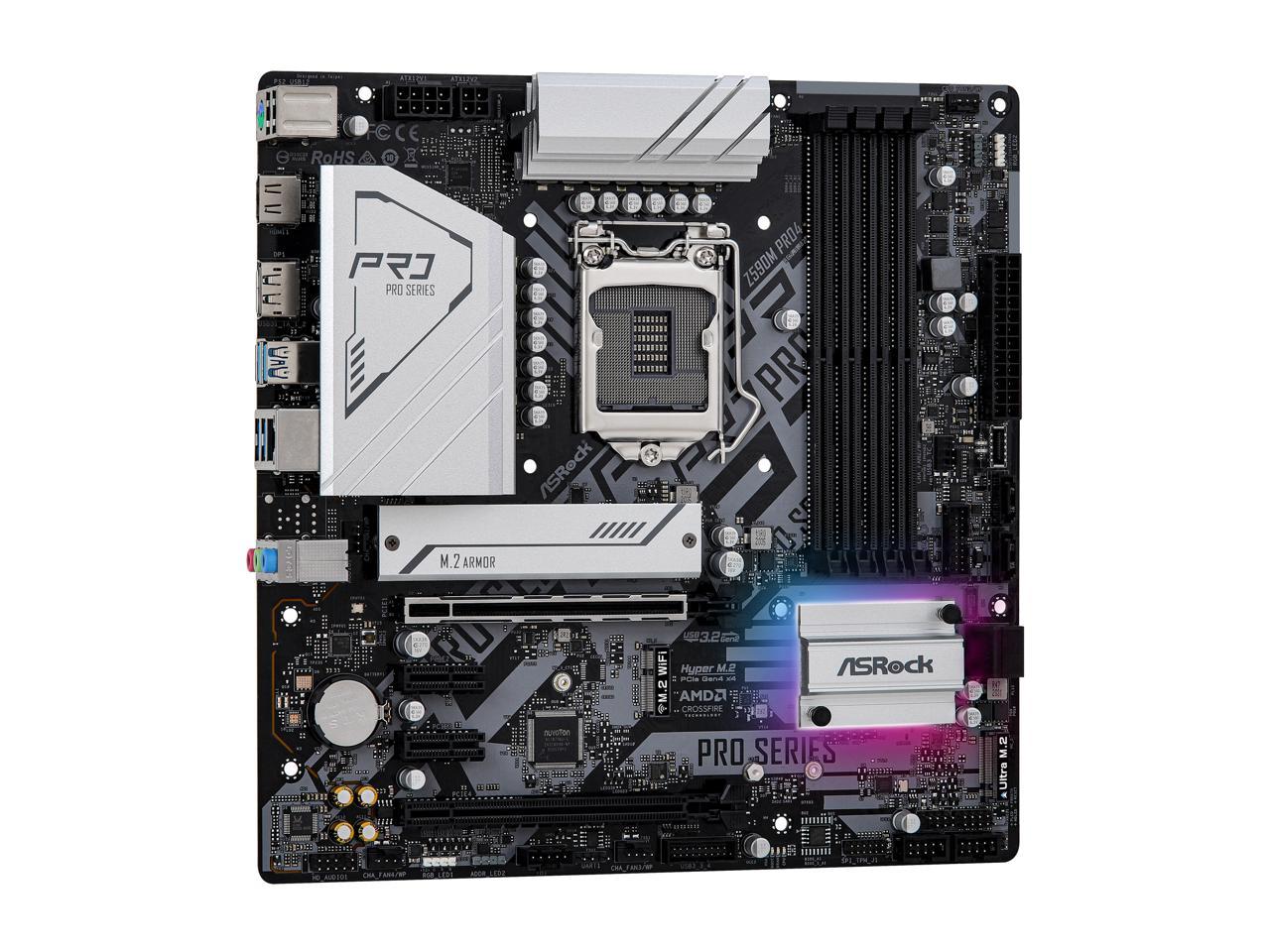 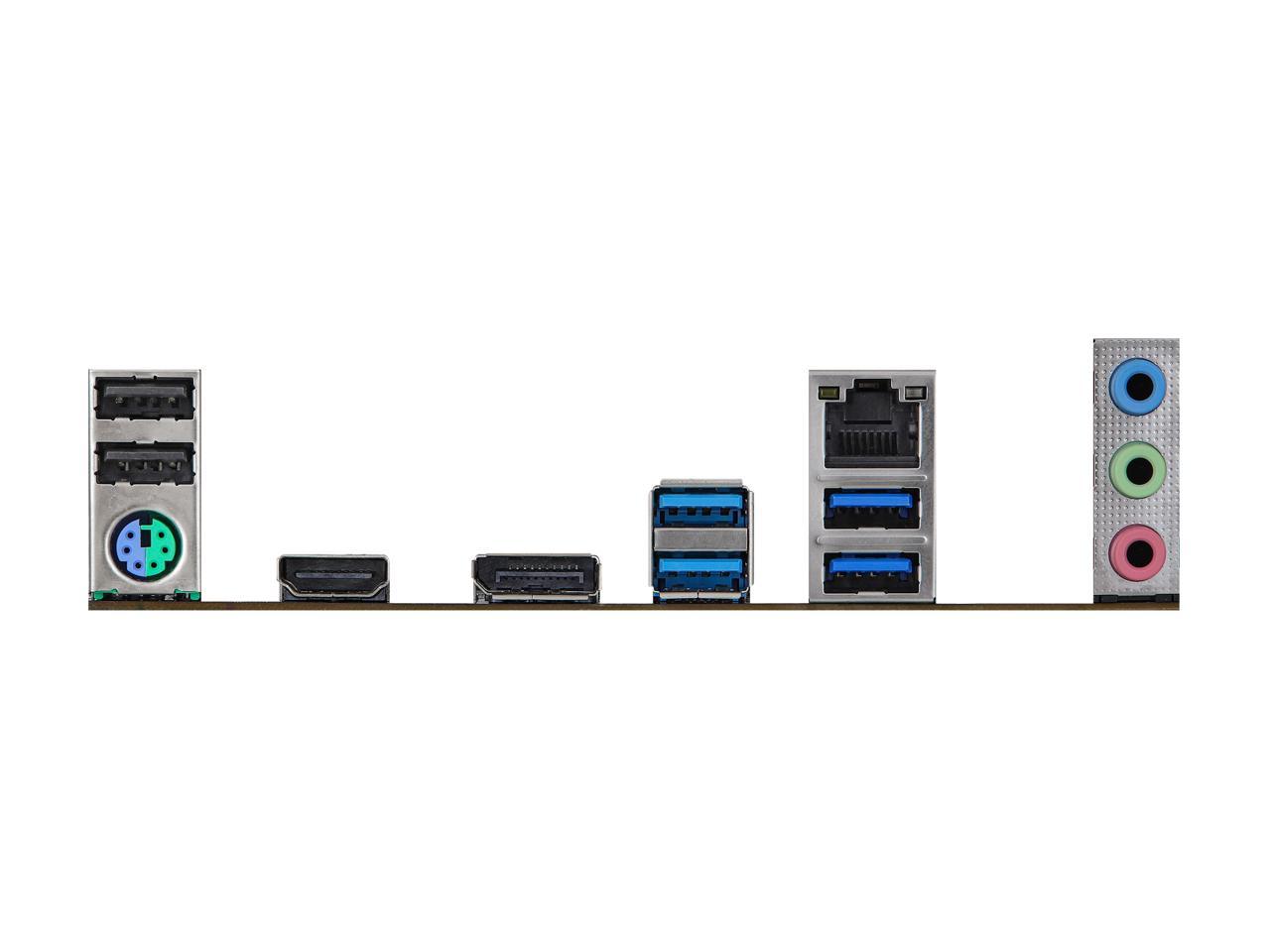 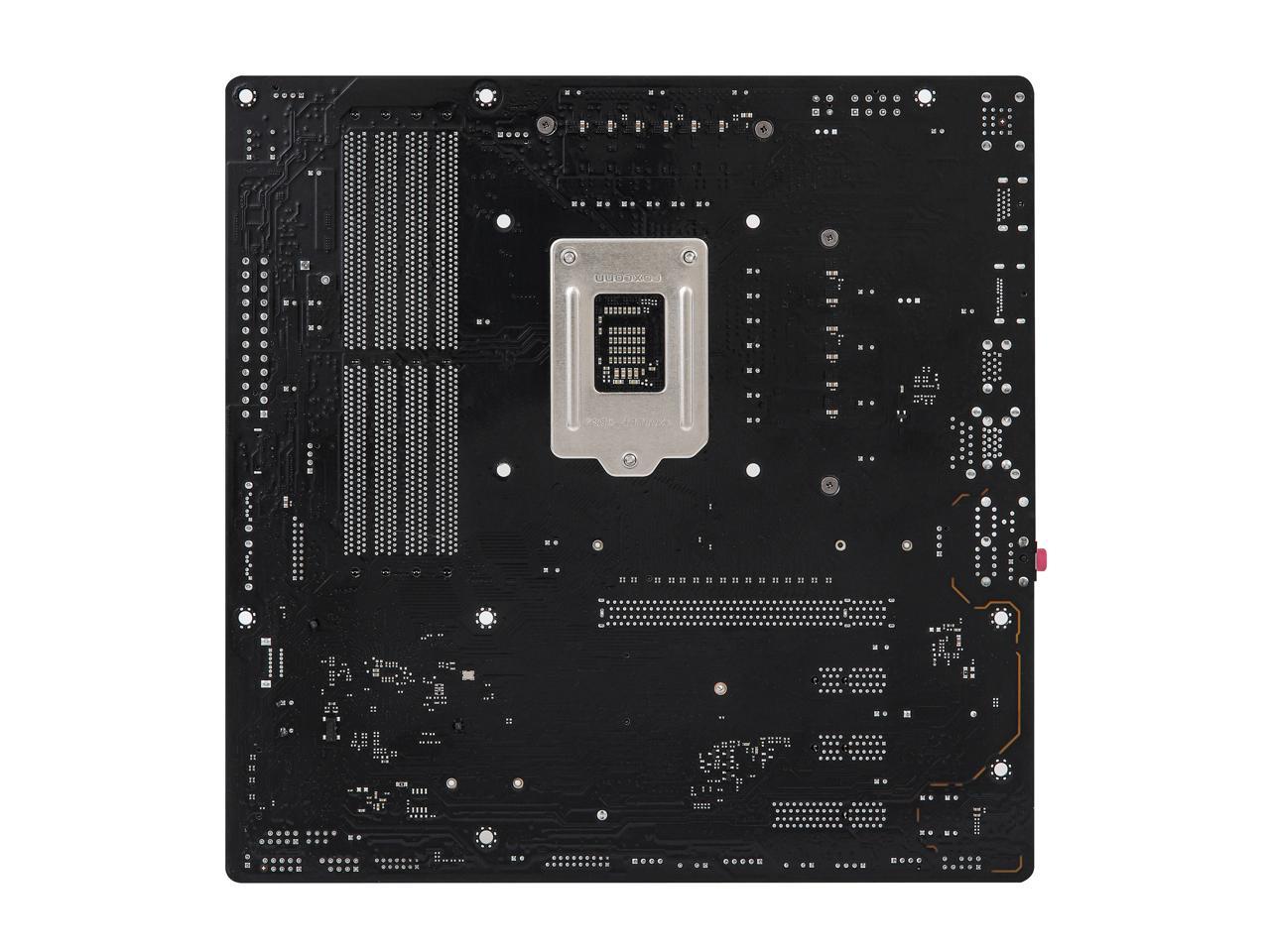 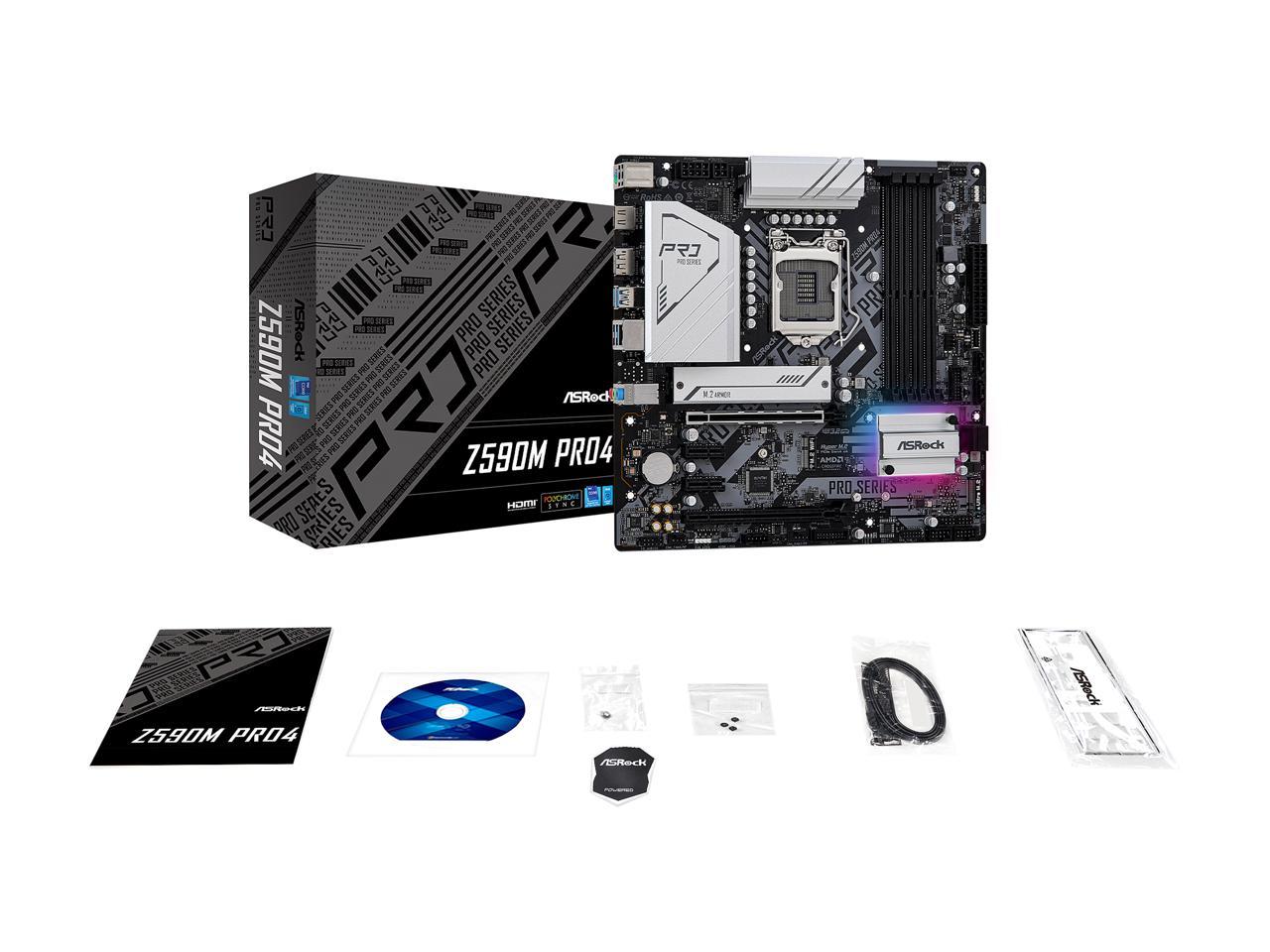 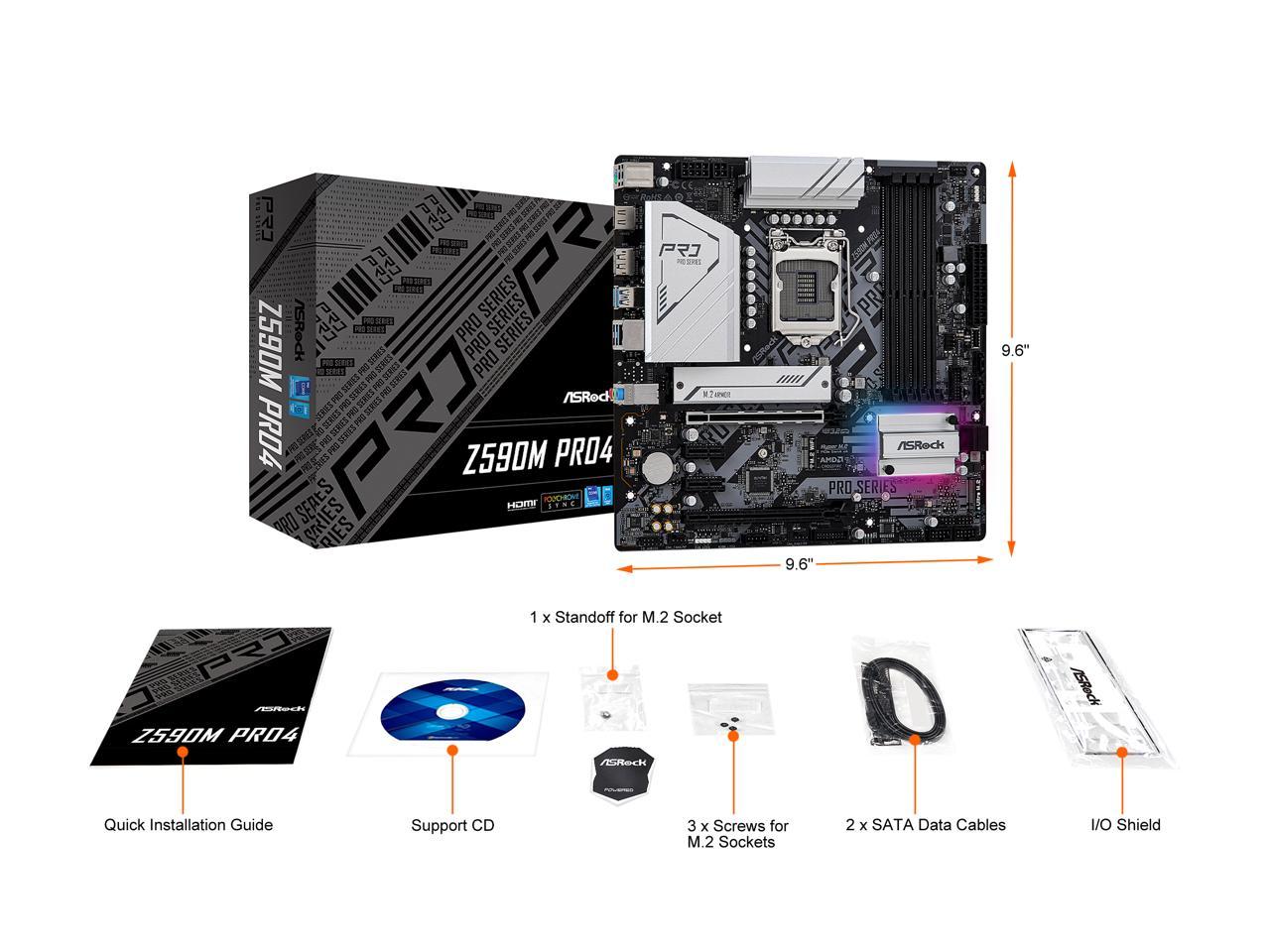 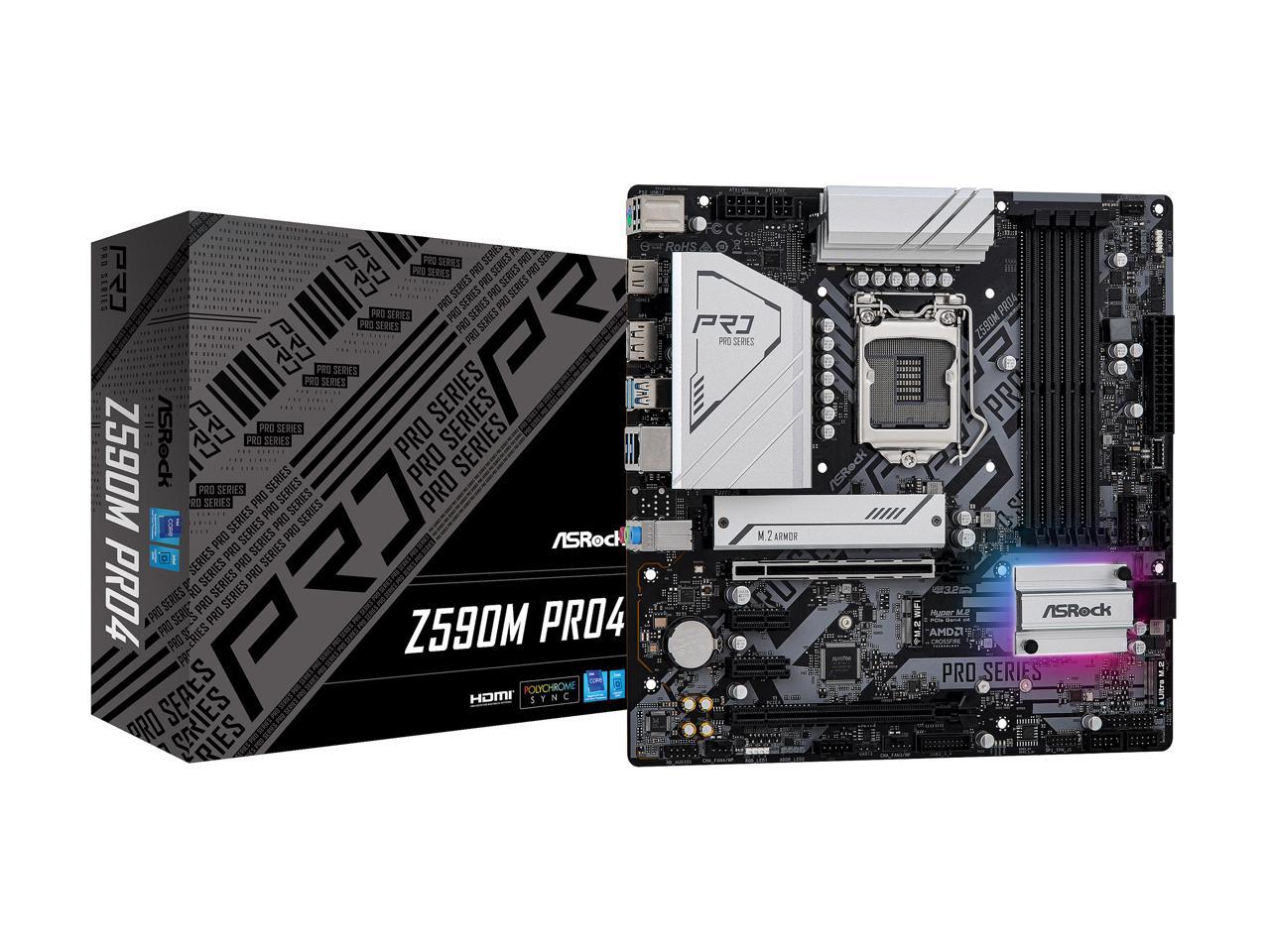 With 12 power phase design and comprehensive onboard cooling, this micro ATX board is designed to unleash the full potential of the latest 11th / 10th gen Intel Core processors. It also brings ultra-fast PCIe 4.0 for graphics cards and M.2 SSDs, and has USB 3.2 Gen2 for quick data access at up to 10 Gbps. The built-in RGB lighting is fun and vivid, and can be customized and synchronized to create a system-wide lighting show.

A good-looking and powerful Motherboard

Conventional PC system's processor can only access a fraction of graphics memory and limits system performance. With Clever Access Memory, the data channel gets expanded to harness the full potential of GPU memory, removing the bottleneck and increasing performance.

This motherboard is capable of accommodating multiple M.2 storage devices, one of which can even support next generation PCI Express 4.0 M.2 SSD, which is capable of performing twice the speed compared to previous 3rd generation, giving a lightning fast data transferring experience.

The reinforced steel slot comes with the next generation PCI Express 4.0 standard. The various benefits include:

? Make sure heavy graphics cards to be well-installed.

Whether you are using headphones, a headset, external or internal speakers, via USB, Wi-Fi, analog output or even HDMI, Nahimic Audio offers you the most engaging listening experience, vibrant and rich with details.

The Sound Tracker is a visual indicator that points out the directions from which predominant sounds are coming. Each sound is properly positioned in 360° on a radar for a full immersion during the game.

An easy troubleshooting tool that shows the CPU / DRAM / VGA / BOOT operation every time you start up the system. POST Status Checker is a fast and easy way to identify the source of the problem.

This is not only a standard CPU fan header, but also supports water pumps! This header provides a maximum of 2A power for supporting the most popular water pumps. User also can adjust the voltage of water pump to get higher cooling performance with lower noise.

Cons: My only issue was that Windows 11 would not initially load. I had to modify script to get the OS to load.

Overall Review: Overall, I would advise others to make sure it supports the operating system they plan on using.

Pros: 18 days later, fully installed and it works great! Gaming, and browsing has not changed as expected, supports my 3200 MHz ram, RGB is great, and bios is easy to navigate.

Cons: No problems currently, and I'm not expecting any in the future.

Pros: -Excellent value for the price point-RGB functionality is a nice touch-Great functionality and features for a MicroATX board

Cons: -Absolutely must update the firmware/drivers before being able to use with the latest version of Windows.

Overall Review: This review for ASRock review rebate program.Purchased this board for an audio workstation build. Able to handle everything I need to throw at it for professional audio recording performance. CPU and cooler also fit nicely without blocking any RAM slots. Did not install an additional graphics card since it's not needed in my workstation. Using an M.2 SSD with zero issues. Aside from a few initial hiccups with needing to update the drivers (especially to get the LAN to work) so Windows would play nice upon initial setup, this has been a solid board. The RGB lighting is also a fun perk.

Cons: UEFI Varietion but I will wait to Update after the difference between P1.10 and 1.20 is ExplainedMy Experience with RGB, or Addressable Lighting is that the Software from Windows is Very Hit and Miss, not just ASRocks,. The Best Lighted Memory Software is GSkils.

Overall Review: This Z590 MicroATX Motherboard by ASRock is Excellent Value.The Z590 Boards being Very New, you will find that getting the Right Components, such as Memory etc., can be a Challenge as Checking the QVL doesn't always list Products it Supports, and sometimes You just take your Chances. Silicon Power Memory, worked just fine For Me, and Set the XMP Profile on this Board Accurately. You Won't Find it Mentioned on The Memory Support Page.This ASRock Motherboard Comes with a Bios P1.10, it's marked on the Boards Bios and says the same when You Boot it Up, Also it Works Just Fine, But, if You Go to AsRocks Support Page You won't Find this Bios as it Lists Another as the Initial Release.The Rule of Bios Updating is if it works, don't fix it. Furthermore it's Not Bios Anymore, its Unified Extensible Firmware Interface (UEFI). That being said, a Newer Bios may have upgrades, or Bugs.There doesn't seem to be a Feature to Back Up the Bios It Arrived with before Updating to the One Listed on ASRocks Website.I Reached out to Support and Did Not Get a Satisfactory Answer How to Backup the Memory Prior to any Update.In the Case of Another Manufacturer they Sometimes Add BloatWare in the Bios which puts an Update to Auto Download something called ASUS Armoury Crate, in the Bios as a Replacement to ASUS Aura Sync which they apparently no Longer Support.That being said I am Very Please with the Features and Function of This Motherboard, MATX size is Great.

Overall Review: Great motherboard for the price, as long as you update all firmware when you get it.