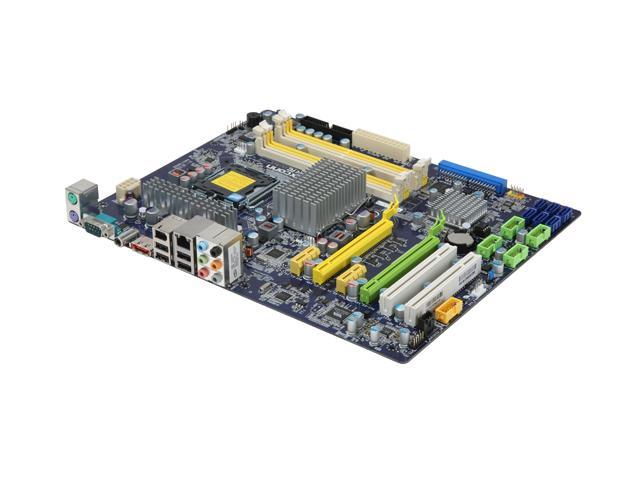 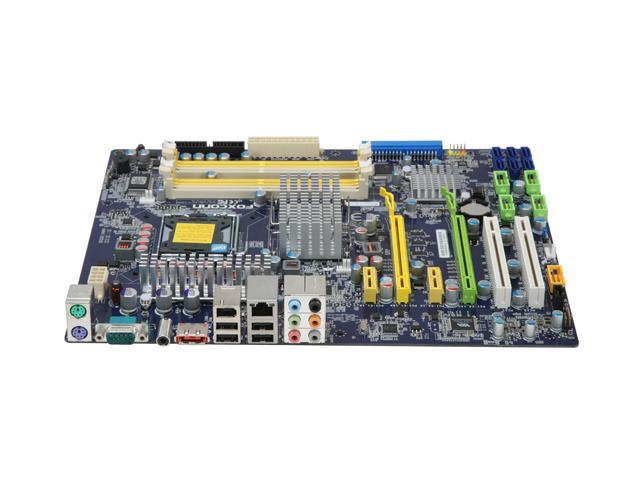 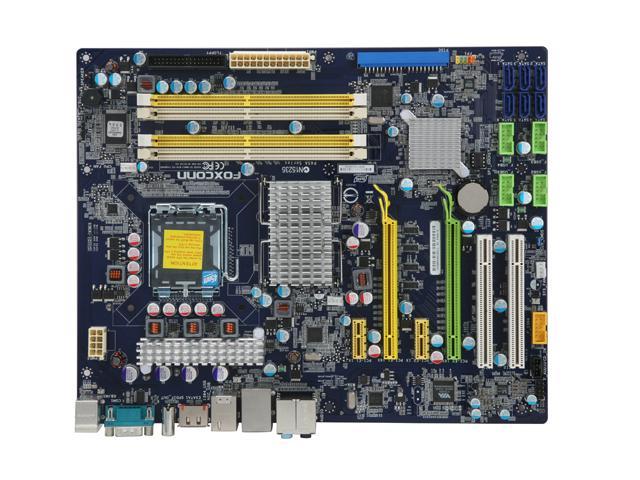 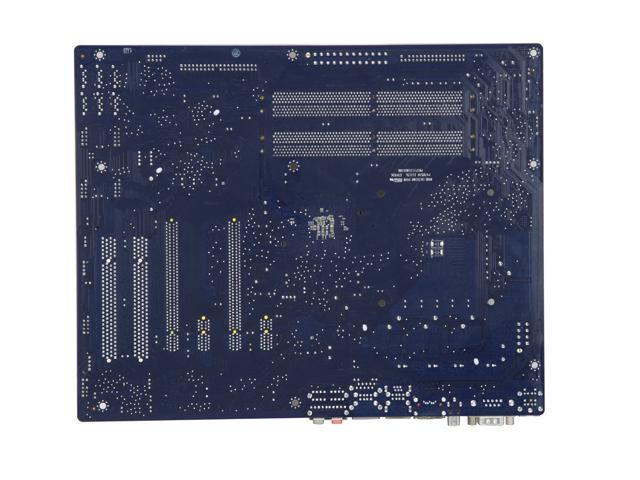 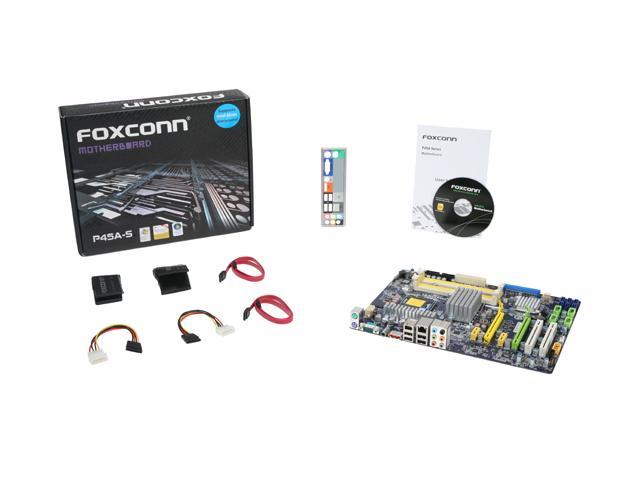 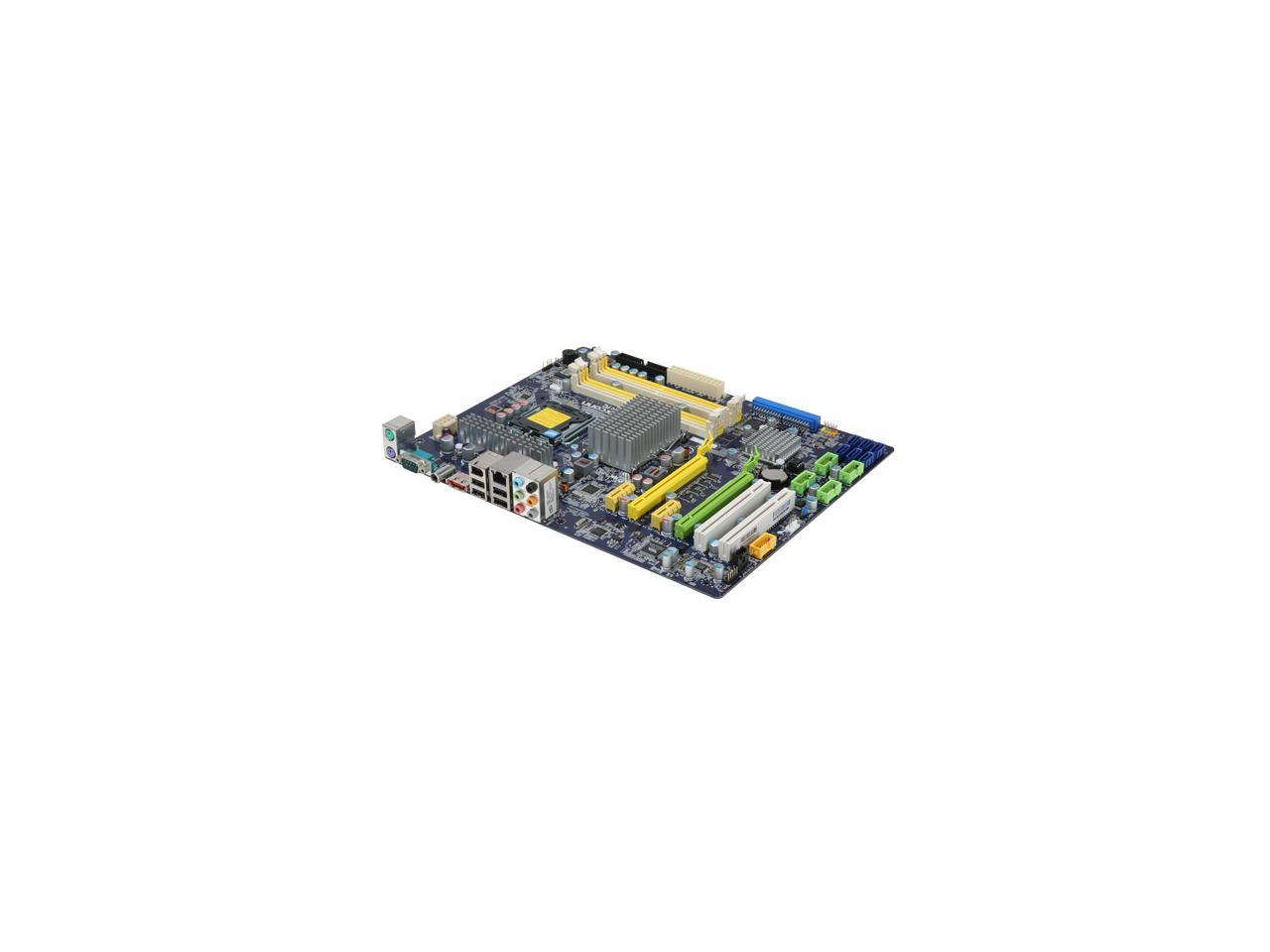 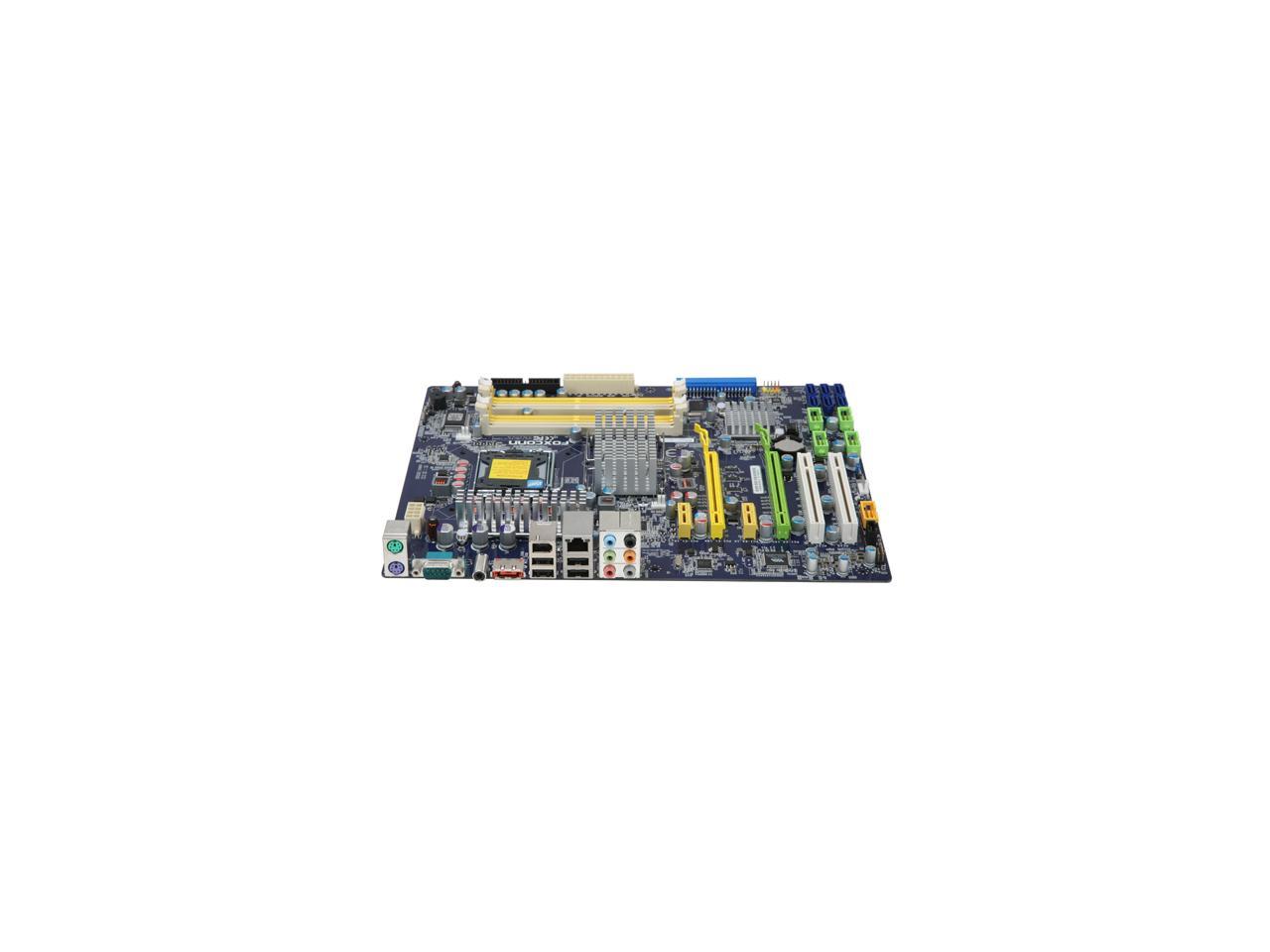 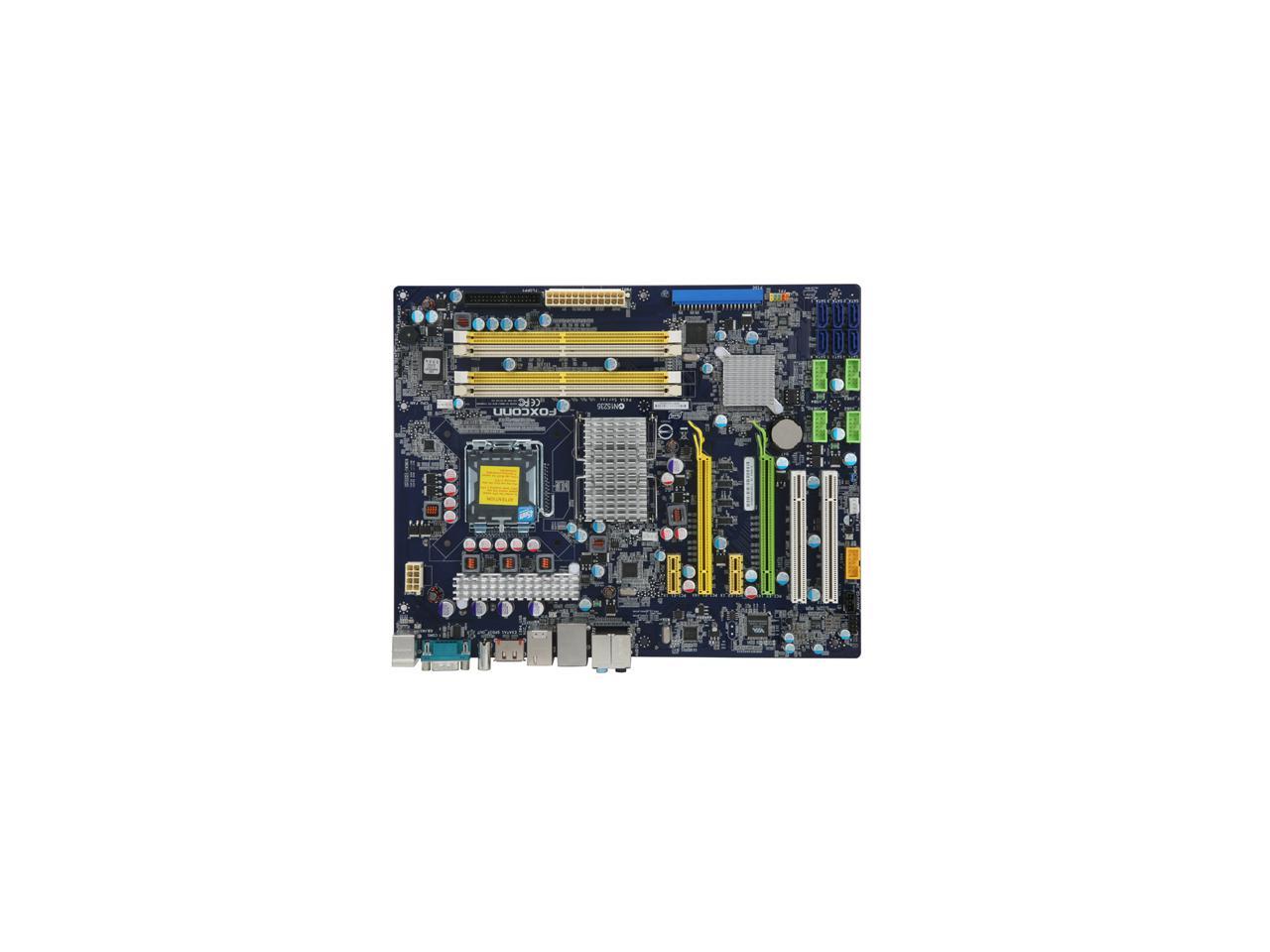 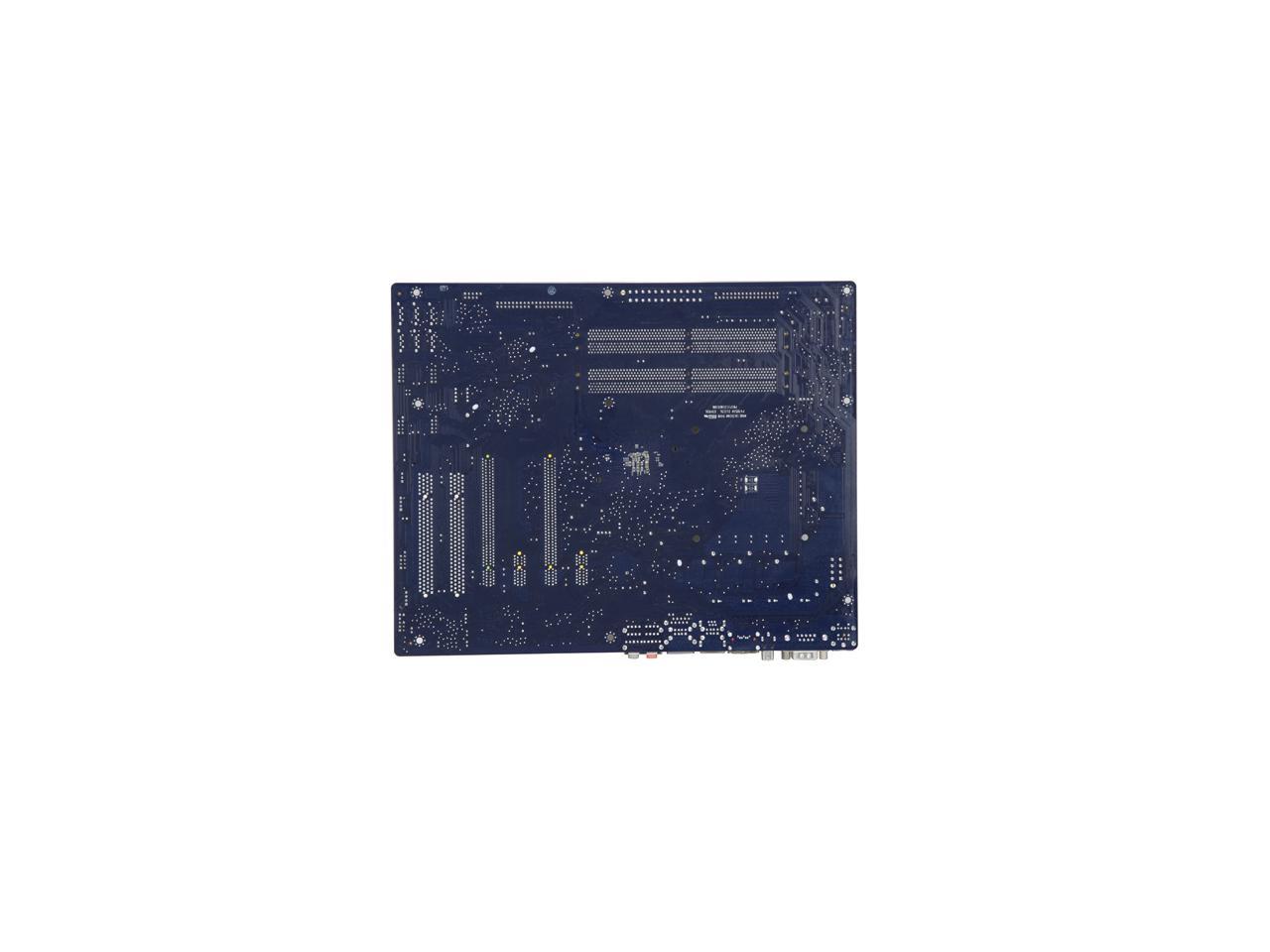 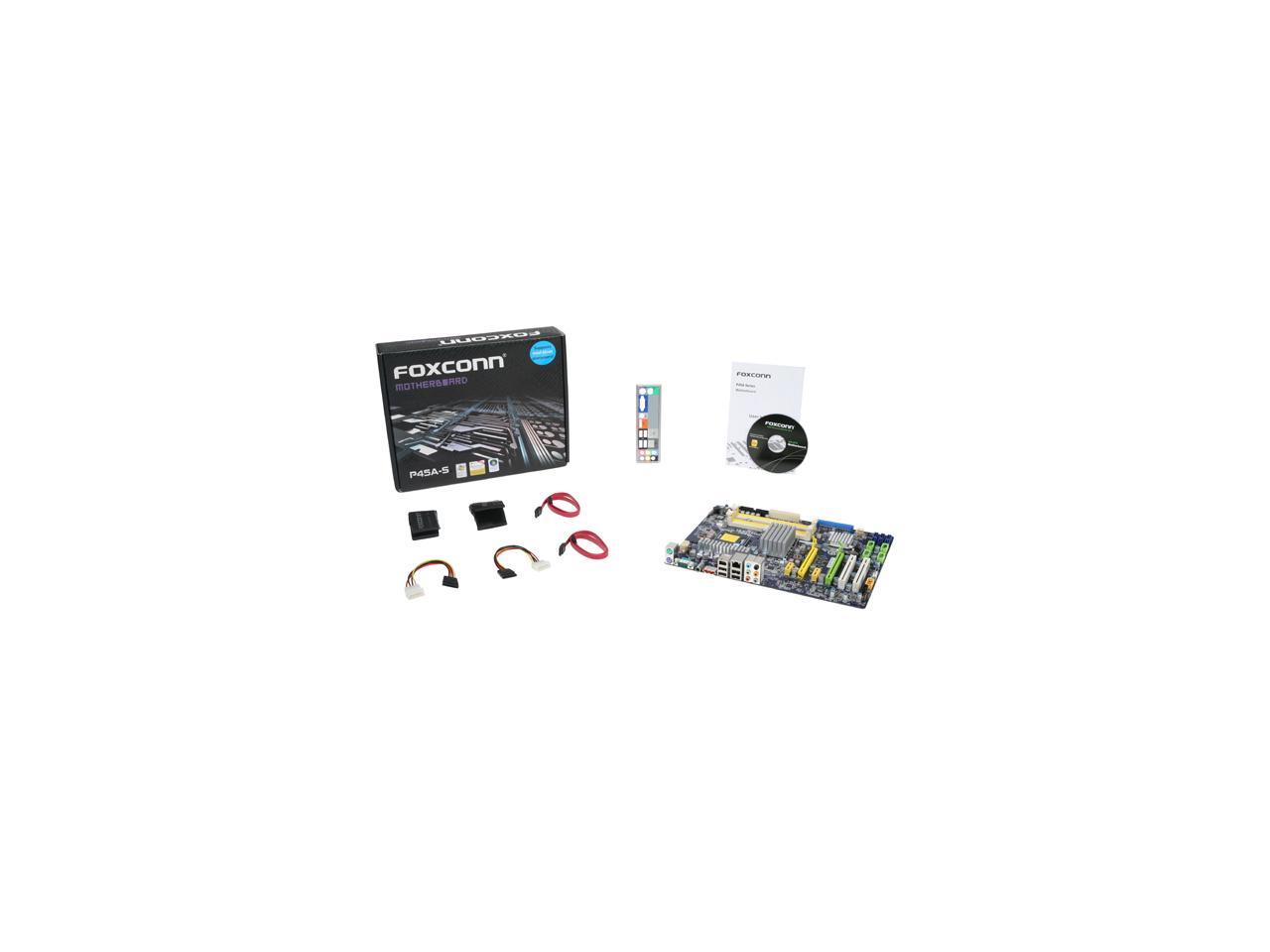 (119) Write a Review
OUT OF STOCK.
Overview
Specs
Reviews
Combine power and performance with the P45A-S by Foxconn. This ATX board is ready to support the latest Intel socket LGA 775 single and multi-core processors with Intel P45 and ICH10R chipsets. Mount Intel Core 2 Quad, Core 2 Extreme, or Core 2 Duo processors along with Pentium Dual-Core CPUs, step back and watch the show. Install up to 16GB of DDR2 RAM with full dual channel support to power through any application.
Install a pair of PCI-Express x16 2.0 cards with CrossFireX support to take on any graphic challenge with the option to output with a coaxial port. The onboard Realtek ALC888-GR chipset delivers 8 channels of HD audio.
Six 3Gb/s SATA 2 connectors allow for adaptable, reliable – and fast storage options with multiple options for RAID configurations and an eSATA connector allows for easy, high-speed connections to a range of external storage devices. Eight USB 2.0 and a FireWire ports give plenty of opportunities for peripherals. Transfer data from other networked computers at broadband speeds with the Gigabit Ethernet LAN.

Learn more about the Foxconn P45A-S

Pros: I hit 3.6 with my q6600 stable thanks to new bios update. Read my prior posts. This will be my last one on the board I promise lol.

Overall Review: There is a bios update out for this board now (use fox liveupdate). Shut off anti-virus and other memory hogging programs when you do a bios update in vista to be safe. It is essential you download this bios update if you want to go past 3.5ghz (allows to go over 30 steps to 61-62 now). Other improvements are probably mem compatibility issues. People who gave up on this board should have just waited for the bios update before calling it quits.

Pros: Plugged everything in and it all works. User manual is very comprehensive, especially with descriptions of BIOS settings and included utilities. "Quiet BIOS" setting is enabled by default which means when you turn on the PC, it just shows a Foxconn splash screen with DEL - setup or ESC - boot order options and then goes right into the Windows load screen. No POST test data flying up the screen. Blue board matches my Mushkin ram. :) Supports 6 SATA drives and 2 IDE. BIOS has an auto overclock feature that works very nicely. (read the manual first) Also come with very nice utilities to monitor temps, adjust fan speeds, overclock the CPU, and change the image of the startup splash screen. Cool! Supports ATI Crossfire too.

Cons: The CMOS reset jumper is in an awkward position next to the last PCI slot which makes it difficult to reach once the MB is installed and you have a card in the slot. No memory compatibility tables available in the manual or on their website, but my 4gb of Mushkin ram works great!

Overall Review: There are 4 internal USB headers. Why so many? I'm not sure. Would be nice if the ram slots were an extra inch to the right. My HSF blocks the 1st slot. But I blame it more on poor HSF design. Internal speaker header is placed on the other side of the MB away from the PW, RS, HD connectors. A bit odd. Q6600 OC'd to 2.8Ghz for now, ZeroTherm C900 HSF, 4Gb Mushkin ram, 4 SATA HDDs, ATI 4850, Cooler Master 650w PSU, Antec SX830 case (old school baby! Built like a tank)

Pros: Performance, layout and options are excellent for the price. Default settings work right out of the box. VERY comprehensive user manual. Overclocking can be as simple as selecting your speed in windows, or as complex as you like, with almost all settings tweakable through the bios. The memory latches don't interfere with your video card, making memory upgrades/swaps easy. This is a great board for first time or casual overclockers who don't need bleeding edge speeds, but like an easy and efficient OC'ing experience. The money you save can be spent on upgraded cooling or a step up in video card choice. All together I'm VERY HAPPY with my first Foxconn motherboard. (I'm sorry ASUS, I just had to see what else is out there...) Newegg and UPS got my order to me in 49hrs with rush processing and free ground shipping...OUTSTANDING!

Cons: Thin PCB construction, no support for 1066 memory until BIOS updated. Fox Update is slightly flakey, wants to upgrade its program even though it is the newest update. (Neither of these problems will stop you from using this board as designed)

Overall Review: This board is exactly what you pay for, if you expect to get a lot for your dollar! This board has few extras, and you end up saving 20-60 dollars over other brands that have more bells and whistles. The bonus is that you don't have a cluttered MB with tons of unused connections. The BIOS update online via Fox One went off without a hitch, and I had support for 1066Mhz memory that worked. That is pretty much what you can expect from this board, it just works, and doesn't give you any headaches. If you do have a problem or a question, READ THE USER MANUAL! It is one of the best I have ever seen (Forgive their grammatical errors, there is a lot that had to be translated, but Foxconn did an excellent job compared to many other companies. My Rig: Q6600, 4GB Corsair Dominator 1066, 2X 150GB Western Digital Raptor X in Raid 0, PNY 8800GT (upgrade to 4870X2 planned).

Pros: Layout made sure nothing on the board gets blocked off if very long video cards were installed. 100% solid capacitors and passive cooling.

Cons: Has Vdroop, and the 6.25mV increase each "step" for the CPU voltage don't really amount to that. I increased the voltage by 8 "steps" resulting in a 0.5V increase but in reality the voltage increased by about 0.09V to 1.31Vcore. I tested this using a multimeter on either of the two MOSFETs "above" the CPU socket. Forced to test these because the other MOSFETs are below the passive cooling to the "left" of the CPU socket. After fully loading all cores of my Q6600 G0 3GHz, the voltage dropped down to 1.24V. Look out for the Vdroop and take the 6.25mV increase as stated by the BIOS with a grain of salt.

Overall Review: Speedfan added support for this and other P45-based boards just recently with version 4.35, to my relief.

Pros: Comes with everything I needed. Havent had any problems once I got everything going. Great manual.

Overall Review: Only problem I had was that I tried to connect my old HDD and it wouldnt work. My fault though since it had all the old drives from my old comp. So I just bought a new SATA HDD and i made my own bootup disk using the old one and i slipstreamed service pack 2. Comp is running great! Couldnt be happier!

Pros: After installing this FoxConn board, I am officially pushing Asus and Gigabyte to second tier mb. I have built over 50 machines in the past seven years and have always used GigaByte or Asus motherboards...I can think of any time any of those installations didn't have one silly challenge or the other. Foxconn installed without any issue and for a price less than half of the Asus & Gigabyte MB's that support an intel Quad processor.

Overall Review: Installed the Q6600 Intel cpu in the P45A-S. The cpu core temperature when idle is about 34C. You DO NOT need to spend money on an expensive heatsink as others have suggested. The heatsink which comes with many intel retail boxed cpu works just fine. Just be sure to add a good layer of thermal grease and motherboard and cpu will work in perfect harmony.

Pros: The included software for updating the BIOS is easy to deal with, and after a quick update the BIOS saw my RAM at 1066 instead of 800 (the default maximum). I searched for a long time for a motherboard that had at least 6 SATA ports but that also had onboard e-SATA and 1394. Not only did this one have everything, but it blows away most mobos in its price range in terms of features and is also highly rated which played a part in my buying it. BIOS is average, a little convoluted at times but not lacking in what I consider to be basic features. I won't use it right now, but it is Crossfire capable and supports several different RAID configurations.

Cons: I have never overclocked before, but I plan to get into it with this board. One reason I bought the board was so that I could just begin touching on OCing. The other reviews are correct: this board is very limited, it seems (which isn't really a con as I knew it before I bought it). It is very difficult to find OC settings that don't crash, but that could just be my hardware. However, it does have a handy monitor in the OC software that tells you everything you need to know, even if you can't change it and keep it stable. Again, since I knew this before I bought it, it's not really a con, but it was the closest thing I could think of.

Overall Review: Overall this mobo is a little above my understanding in terms of building. It has many features that, when I last built a machine (a few years ago in high school) didn't even exist. Overall a good mobo so far, I'm giving it a 4 which may actually be selling it short but I don't want to praise something that I don't necessarily fully understand.

Pros: Everything worked perfectly out of the box and my system booted XP straight away using the original BIOS. Newer BIOS is available, but I see no reason to upgrade. Lots of room on this board made installation a breeze, and I could easily add another full size graphics card for SLI. Documentation is excellent and so are the Foxconn utilities that are included. OCing was easy with the Foxconn software. I have built many systems with the usual name brand MBs and this is the first time I've tried Foxconn. They have won me over. I was going to say "great board for the price," but nevermind the price -- it's a great board, period. As always, Newegg shipped it promptly.

Cons: Not really a con, but a warning: Use the Foxconn OC Windows utility, not the BIOS OC settings. If you overdo it in the BIOS, your system will not boot until you clear the CMOS settings with the jumper.