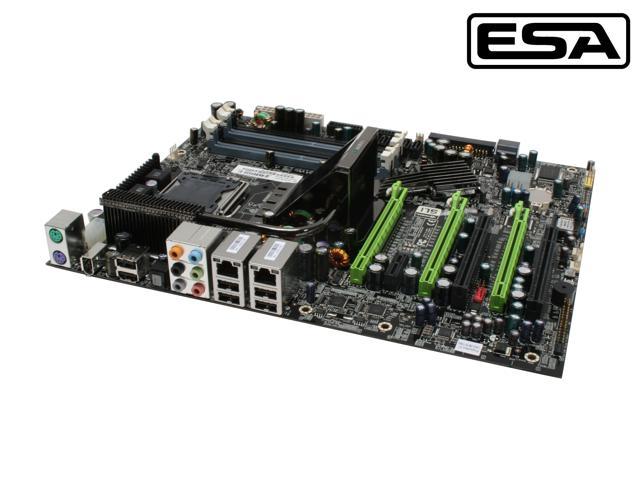 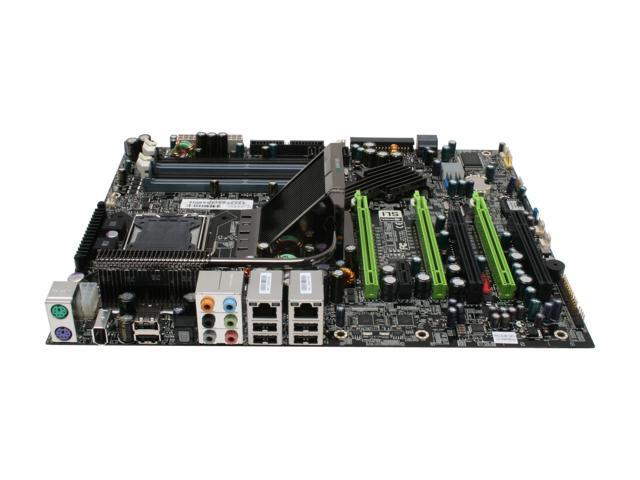 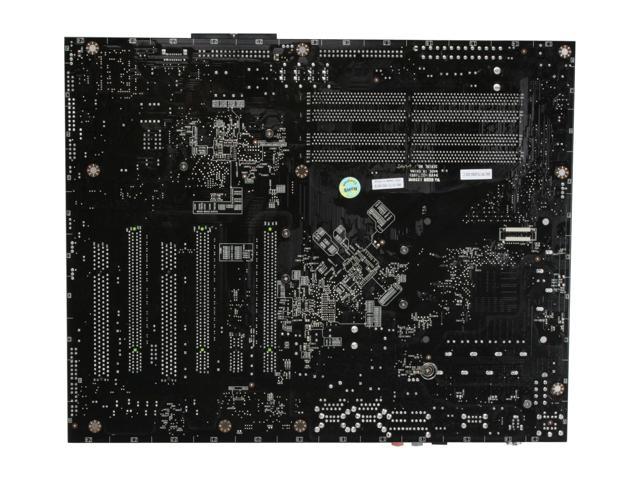 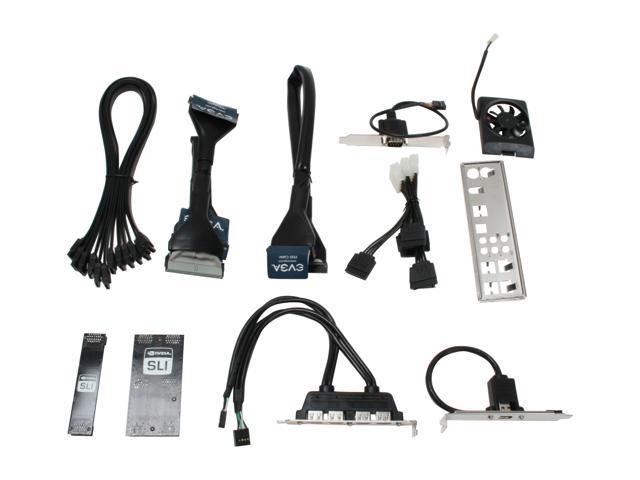 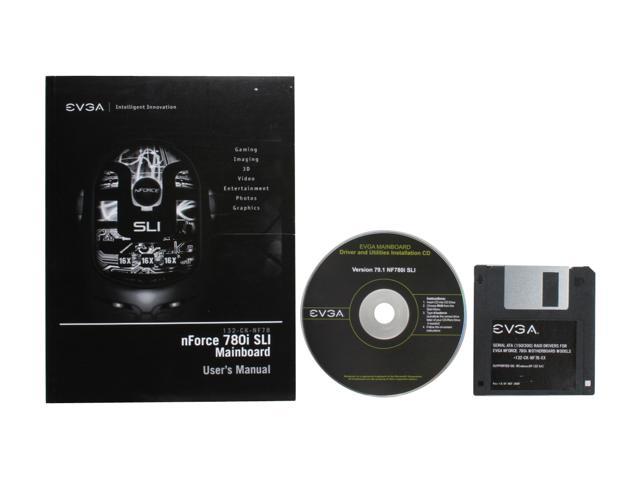 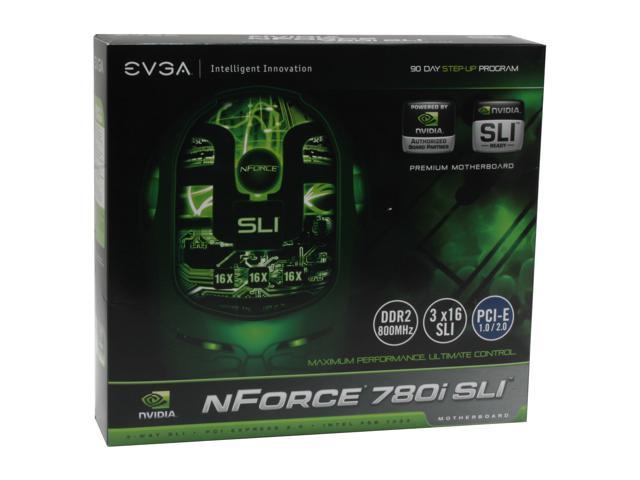 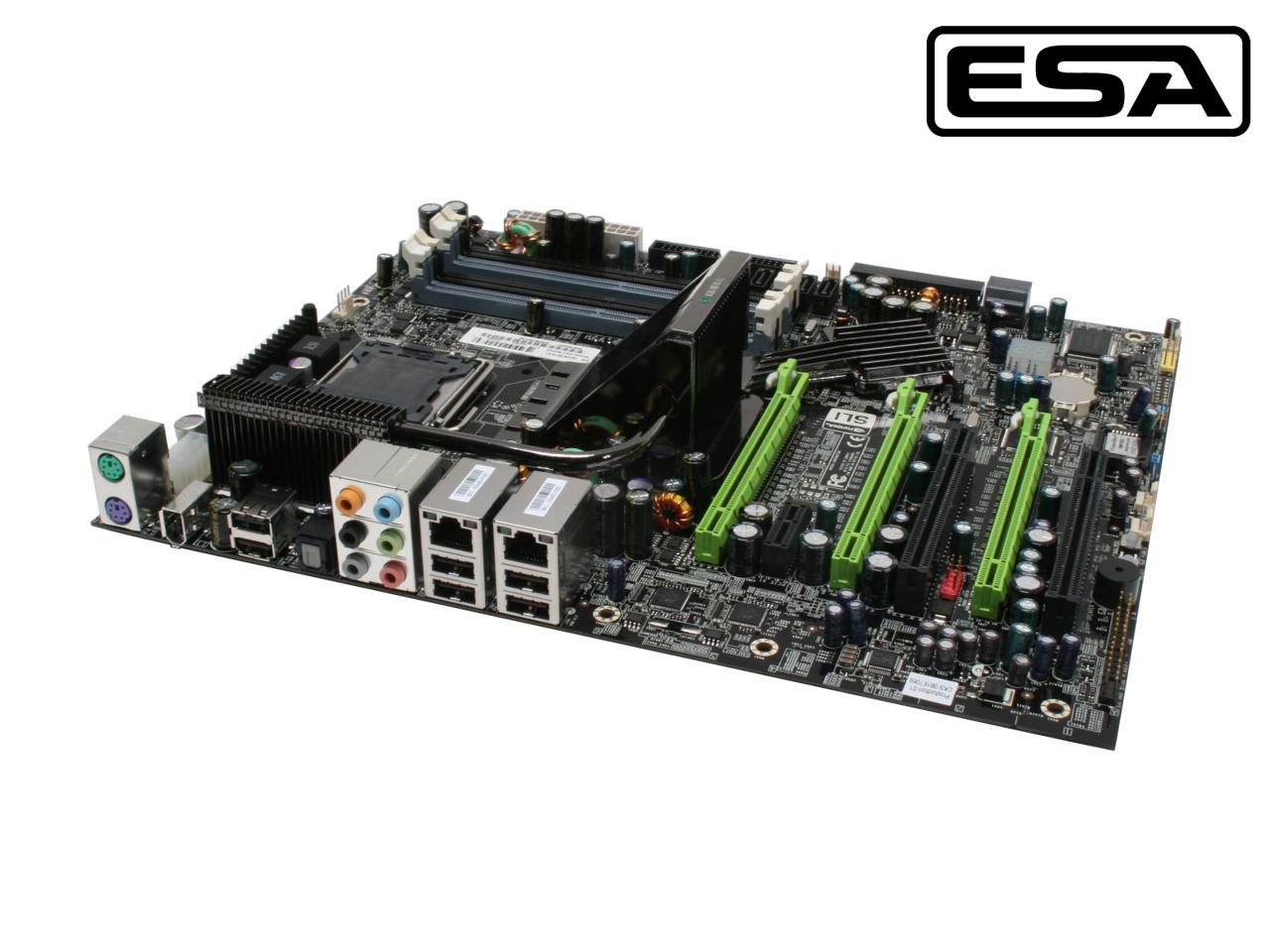 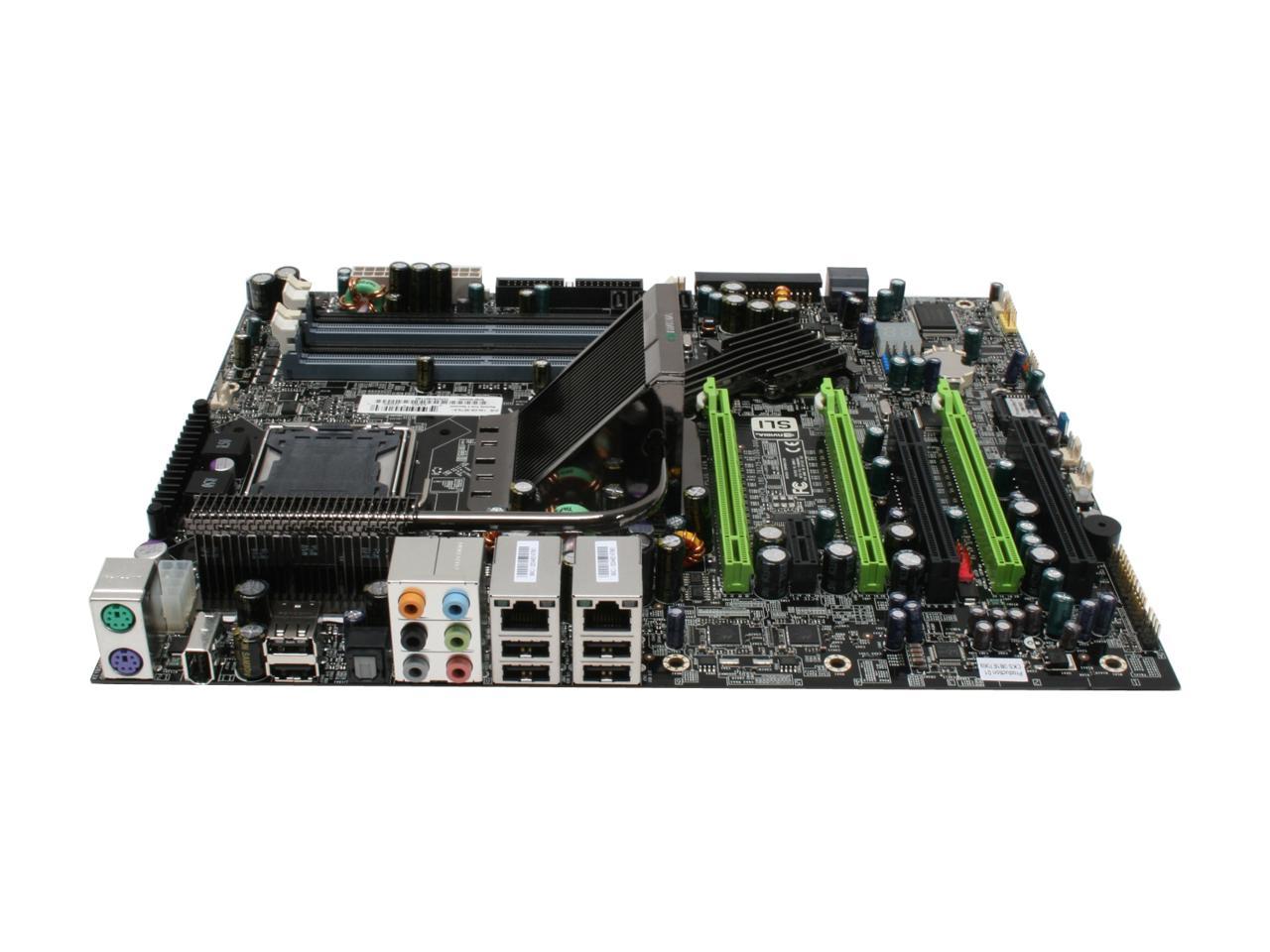 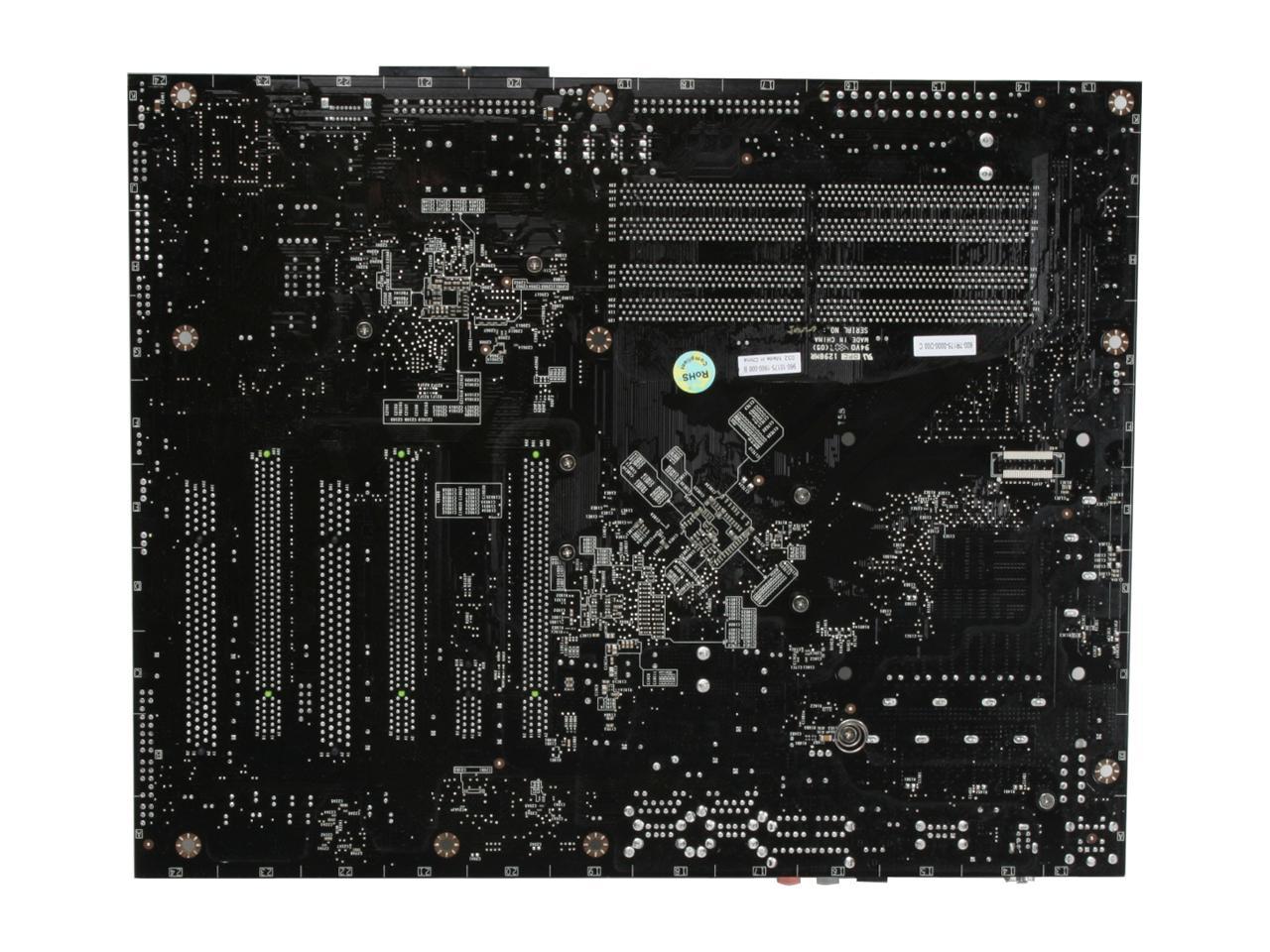 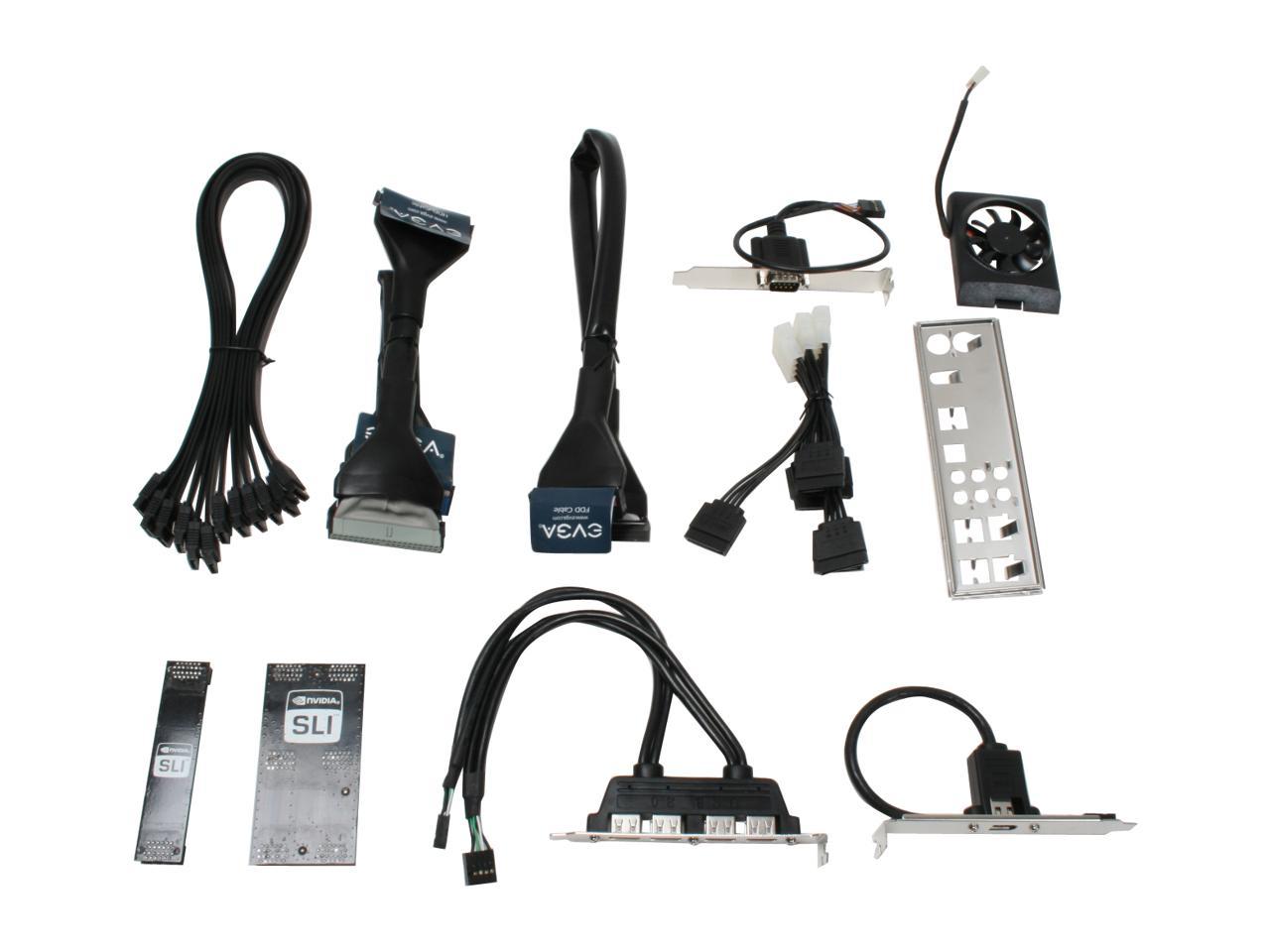 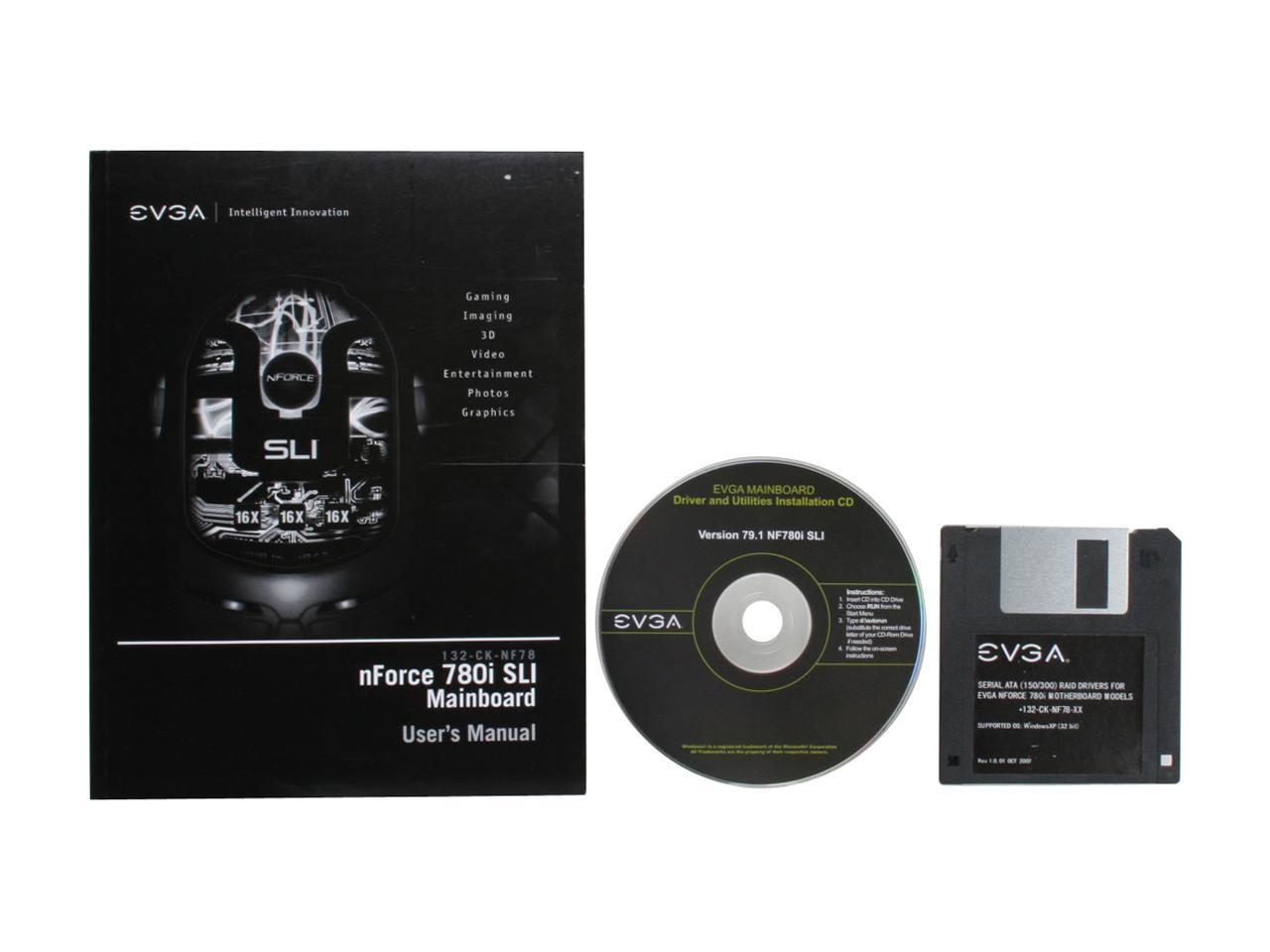 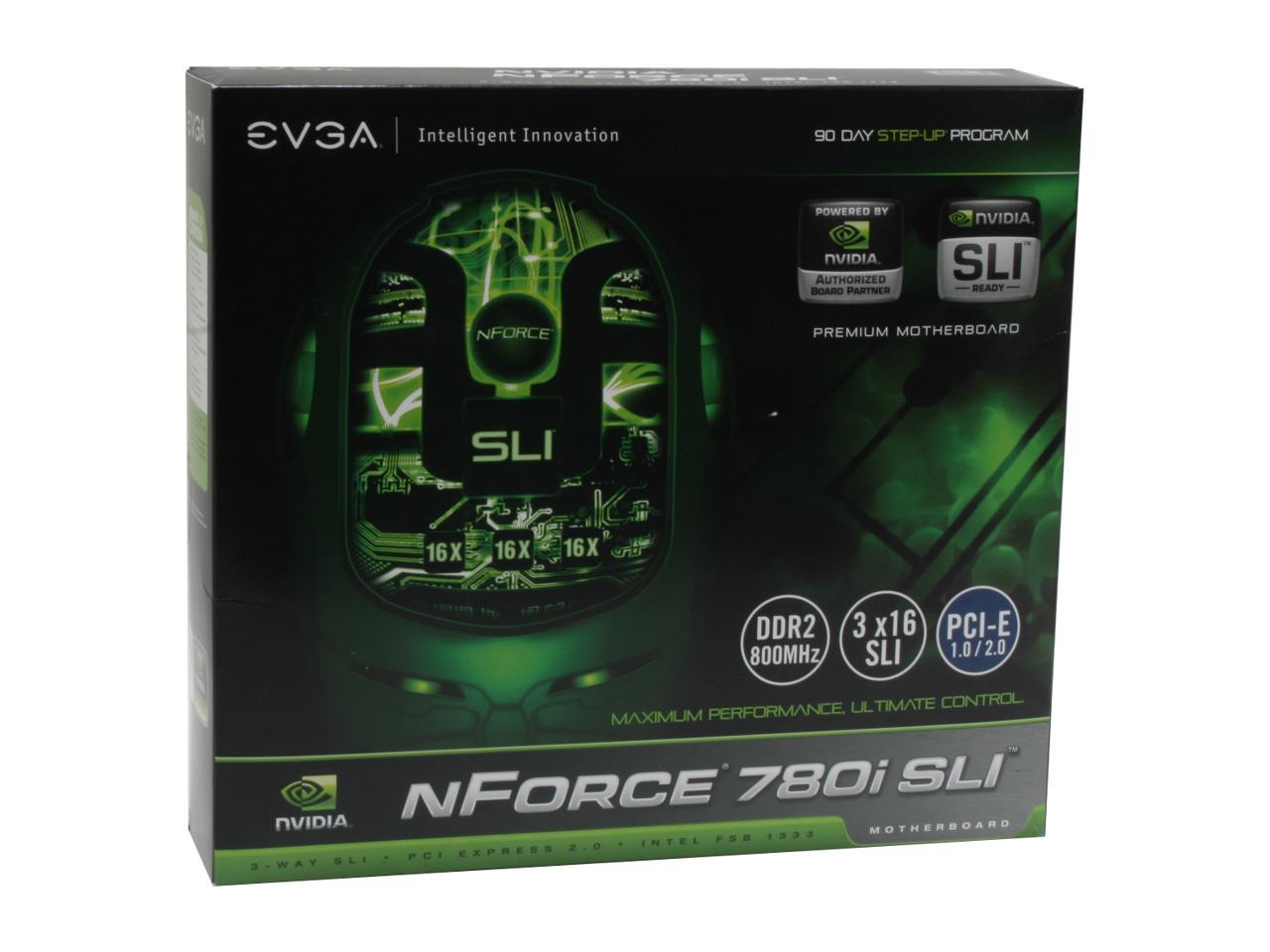 Pros: Supports new 45nm CPUs, ok layout of expansion slots, like the buttons for the power and reset when troubleshooting, love the LED screen for troubling shooting. Love the ESA feature of the board.

Cons: wish there was a way to have 8800GTS's on this board and not lose the expansion slots they cover (or on any other board for that matter)

Overall Review: I first bought a 680i board when they were saying it supported the new 45nm, but had to replace it with the 780i, great choice. i did use a ZALMAN 9500A which i was kind of upset i had to use their fan speed controller instead of having the mobo control it but no problem, i just set the speed to one speed and forgot about it because of the cool running 45nm quad. other than that problem i would recommend this board just wish Newegg wouldn't set such a high premium on the board

Cons: The first two SATA ports are parallel to the board on the edge and it's very easy for the cables to get knocked loose. The IDE and floppy cables are quite rigid and unpleasant to use. I ended up using cables that came with another motherboard.

Overall Review: The first board I received worked fine until I put in a second video card to set up SLI. After troubleshooting with EVGA, we concluded that the second PCI Express slot was bad, and I RMA'd it through their website. The second board I received wouldn't even post. I'm waiting on the third board now. On the other hand, I already built two other systems with the same board and both of those work fine.

Pros: Maybe some buyers will pick up on this. Non-Intel mobo makers with either nVidia or Intel chips had to keep up with changes in processor families. Thus, certain BIOS's work best for Conroe (i.e., E6700) cores, and later BIOS's work best with Penryn cores. This board is very flexible. If the "heatpipe necklace" is making good contact, the SPP/Northbridge and MCP/Southbridge are kept reasonably cool with the little Magic fan. Especially, let me emphasize "ESA." While latest BIOS does not fully implement fan-control, the nVidia Tools software does it quite well. Further, you can buy a fan-controller by S********** which is "ESA-certified" to work with these boards. Again, the board is very over-clockable. I'm running an E8600 core which only needs 1.26V CPU voltage (the retail-box spec) to reach 4.0 Ghz and pass an hour or 20 iterations of "IntelBurnTest".

Cons: A lot of boards have limited fan-control. What is missed in BIOS P07 for this board is made up in spades with nVidia "Tools" software. So a BIOS shortcoming can wait for a revision -- a version "P08." Not much of a problem. Some of the boards shipped with badly installed NB/SB/Mosfet heatpipe coolers, so check your MCP and SPP temperatures first. I had to advise a fellow eVGA 780i mobo owner about reports of this problem -- which is "DIY-fixable" if you don't burn up your chipset first. Alternatively, high MCP temperatures or SPP temperatures would be reason to RMA the board and let someone else deal with it. Typically, look for something less than 50C at modestly warm room-ambients. 65C is excessive. And if it ain't broke . . . . don't fix it.

Overall Review: On the matter of 4GB kits with 32-bit OS's and matching processors with both the board and the right BIOS revisions, buyers should do their research. This means looking at serious user forums, over-clocking forums, benchtest reviews, etc. You can find information about INtel's Penryn revision to thermal monitoring, and the lag in BIOS updates explains how inconsistencies in such features will occur with later Penryn cores. Similarly, if you had an E6700 and you update to post-Penryn v.P07 BIOS, you may be better off with an earlier BIOS posted for use with Conroe 65nm C2D processors.

Pros: Great board other than below

Cons: Go to evga community forums, read 780i forum, the "graphics or sth" thread. The nvidia 7 boards seem to mostly have issues with video playback. No problems in games or elsewhere for me, but video corruption/lockup error is a big minus. over a month and still no fix/response from evga/nvidia.

Overall Review: if you care about video playback or editing, I suggest reading up on the issue before buying. See if it's been fixed/resolved yet first.

Pros: I was interested in this MoBo because I planned to install EVGA 9600 GT SLI cards thinking it would be nice to have graphics and MoBo of the same species. I was not wrong! Three 9600 GT's are housed now with Sound Blaster Fatality Sound card in the elephantine CMS Stacker Evolution Case. It posted and burned in flawlessly. I mildly OC'ed a Q6700 CPU to 3.5Ghz pushing my Vista 64 stock score from 5.2 to 5.6 without any "weeping & grashing of teeth" I'm using Kingston 4 Ghzs (2x2) Hyper RAM DDR2 memory. All is stable and happy. So far this board is a winner! Well deservent of the gold trophy, and of course Newegg's delivery time is the stuff legends are made from.

Cons: Be warned a Zalman 9500a will not fit on this MoBo, I had to use the stock fan which isn't that bad though not as impressive as the big brass behemoth. Also I thought the 1394a header location was like an afterthought, positioned between the PCI slots which seems to be a weird engineering design.

Overall Review: The only improvements I would make is an extra USB header. Running all games at full setting with no hiccups at all. Vista 64 w/SP1 is a pleasant surpise after all the horror stories I've heard or maybe I have the luck of the Irish who knows?

Pros: I am a system builder with 15 years of experience. I come from the AMD camp and this is my FIRST Intel custom build and I have to say I picked the write time to do it. This board, like everyone said is just amazing! Up and running in no time. I did have a little trouble with the memory but it was quickly fixed with a quick visit the BIOS. Great motherboard! Just make sure you get the correct memory for the board by visiting the EVGA products page. Also, every cable you would need is included.

Cons: The only real qualm I have with this board is the side mounting of the SATA1 and SATA2, along with the floppy connector (I still use a floppy drive for XP and XP x64 installs since I need the RAID drivers which are included with the board).

Pros: This board is very easy to work with. Tech support from EVGA is top notch. It's a good overclocker(q6600 runs at 3.6 ghz 24/7) It looks awesome in your case. Bios is easy to work with as well. Shipping was fast and as always newegg rocks!

Cons: The MCP can get a bit hot at times. Some users have had to take the heat sinks off and apply their own paste.

Overall Review: Still reading this? Buy the board.

Pros: This board works great. Comes with good instructions including a small pamphlet that is easy to understand for beginners.

Overall Review: Some have reported the need to update bios version to accomodate RAM higher than 800. I have two sticks of 1066 and there were no problems, so I'm guessing the new bios version was already included or I got lucky.