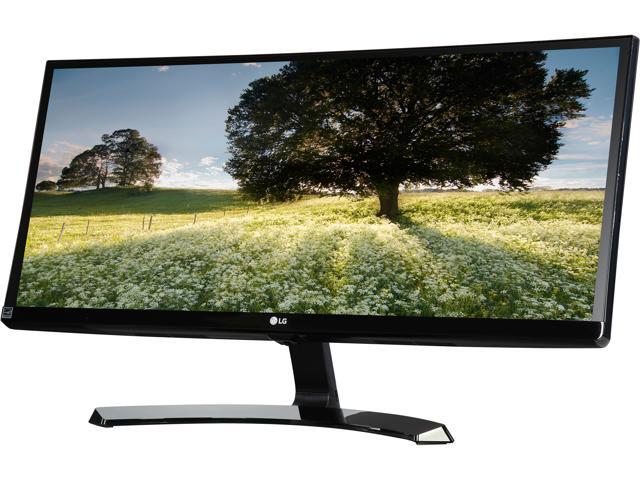 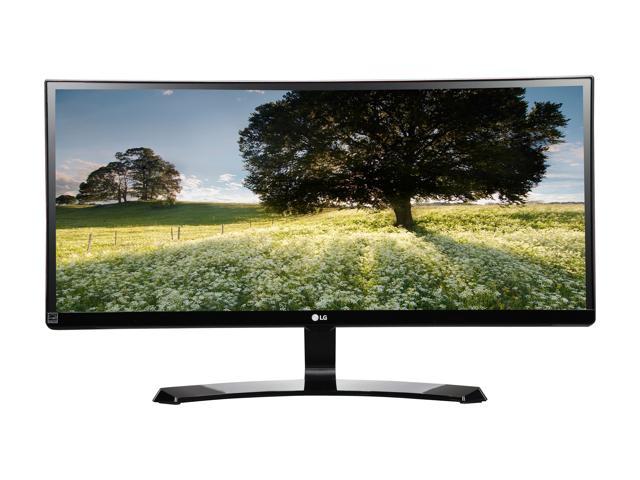 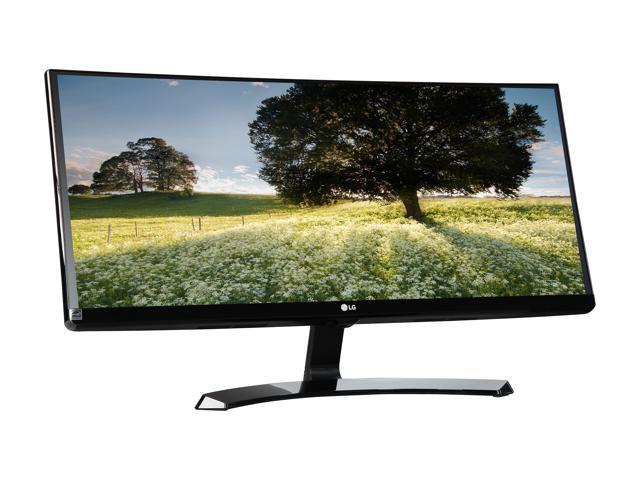 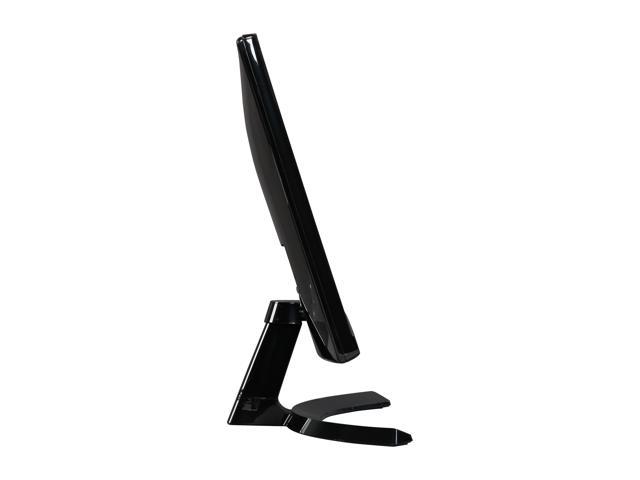 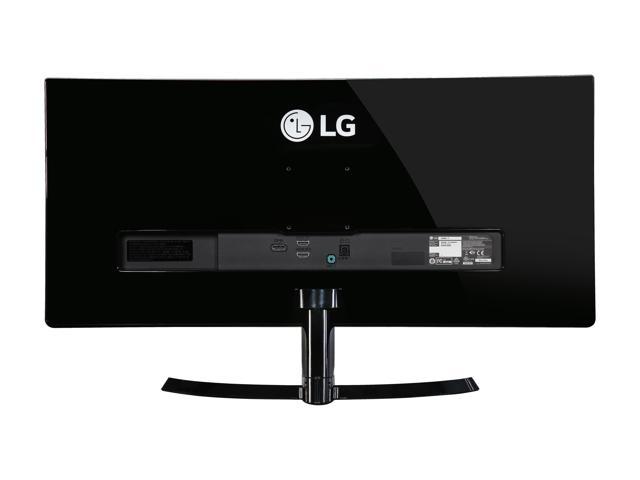 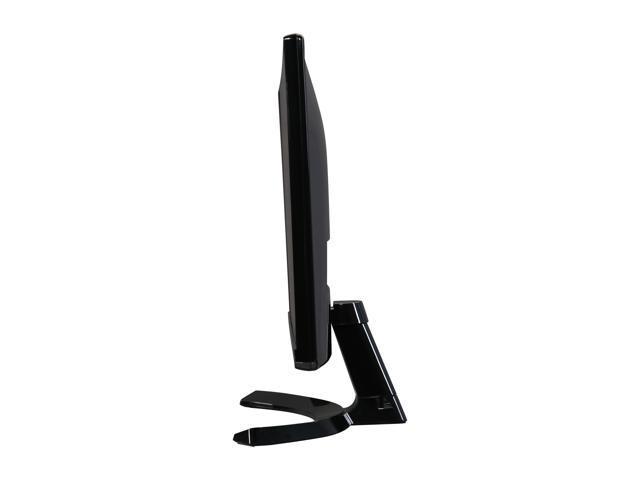 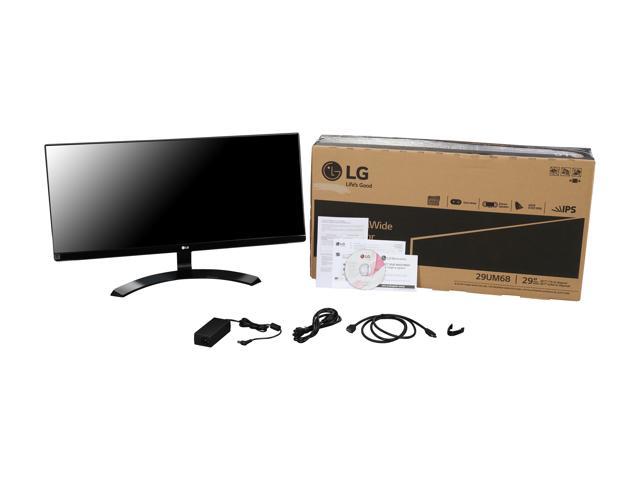 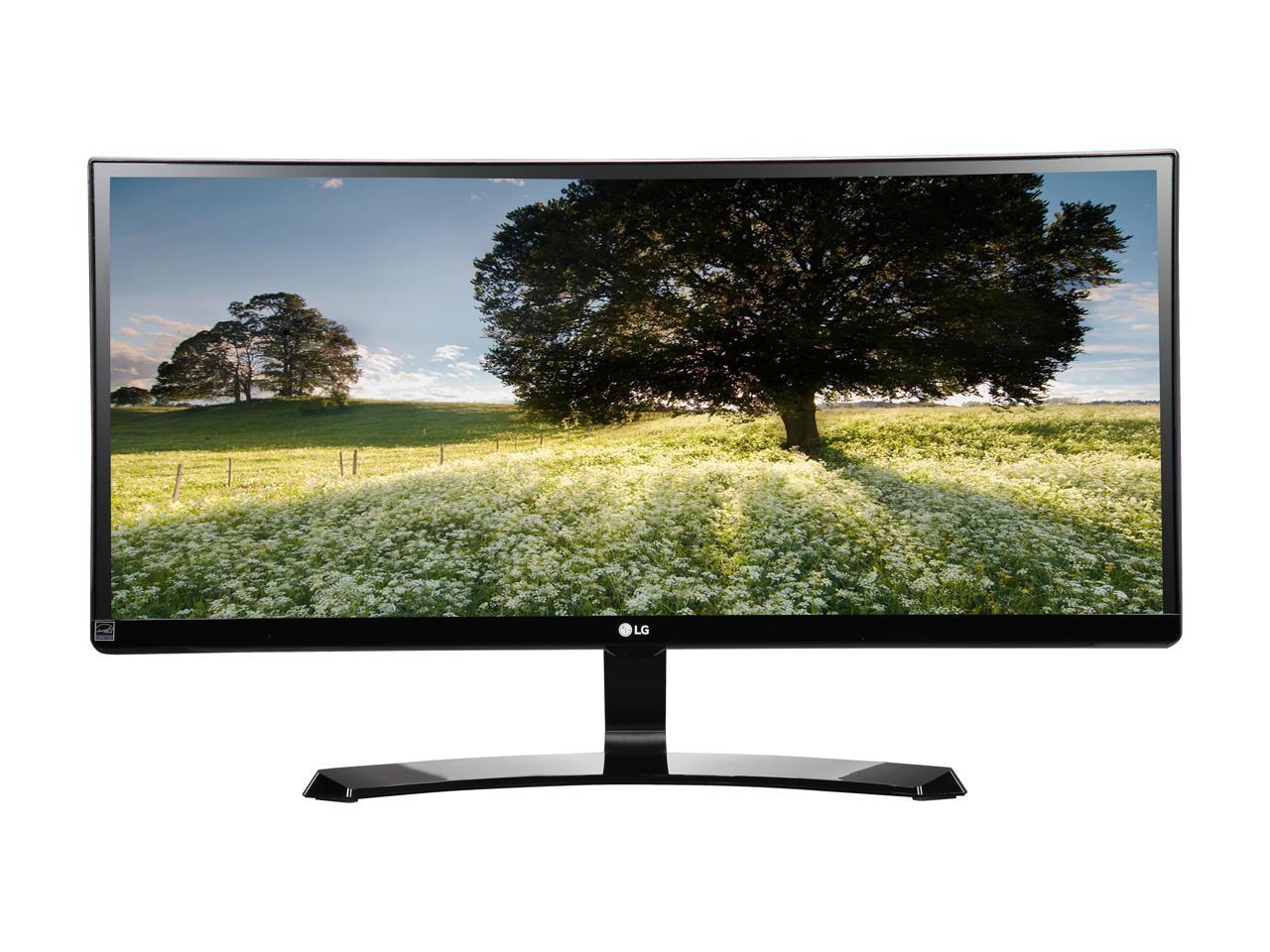 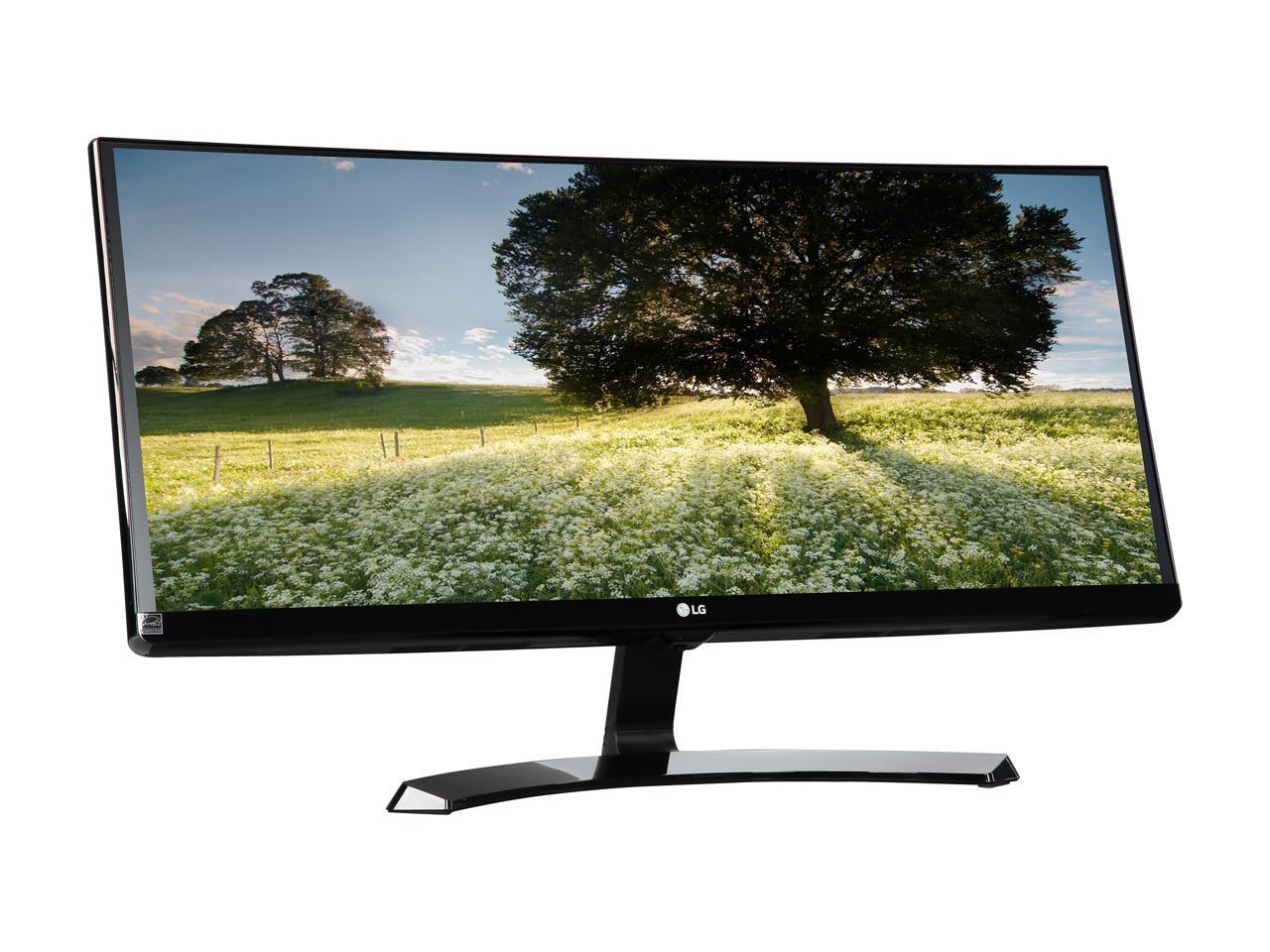 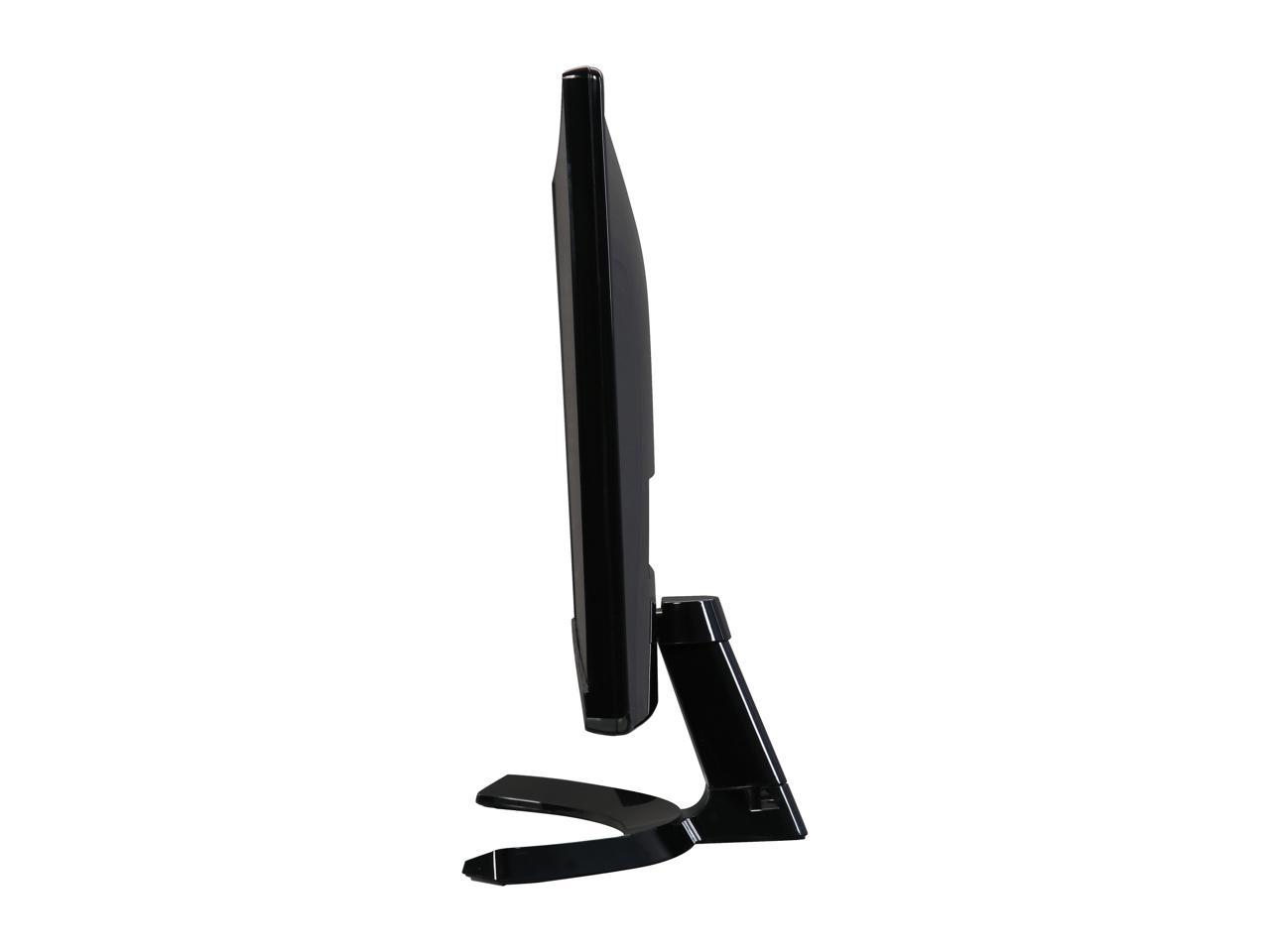 Pros: Fantastic picture quality, even without Freesync enabled. Cant beat the price. Easy interface, seamlessly going from single screen to split. While this DOES support Freesync, you MUST use a DisplayPort connection to a supported AMD vid card for it to work. MAKE SURE YOU GET A DISPLAY PORT CABLE, ONE IS NOT INCLUDED.

Pros: I love the Ultra Wide. There is no comparison to the Standard HD Screen. The little joystick is also awesome for monitor setting so easy to use, don't have to press all these extra buttons and so on. The Free Sync I haven't used yet since my video card doesn't support Free Sync, but I plan on buying one. Game playing on this Ultra wide is so much nicer. The image is so clear you don't strain your eyes as in standard monitors that I have had w/o having to increase view size. 29" seem to be the perfect desk size and even though it's 2k I was impressed with the difference. I would recommend anyone to buy this if you don't want to spend big money on the 4k systems since there isn't much difference between the two, and with a advanced video card you can boost the image and colors.

Cons: none that I can see so far.

Overall Review: yes I would recommend this product. You will love that little joy stick on the monitor to adjust screens for gaming, video playback, photos, and reading. So glad I bought this monitor. just make sure your video card has the same resolution display setting.

Pros: Extremely clear and sharp. Minimal to no color shift. A million options to customize depending on your game/time of day/mood etc. No obnoxious standby light! (With the option to turn it off too!) All my monitors in the past have had an annoyingly bright light. The lack of bezel... I don't get any back-light bleed. Not sure if it depends on the batch, but mine is quite uniform, and dark.

Cons: My eVGA GTX 970 FTW shutters @ 75Hz with VSync on. Manually dropping the refresh rate to 70Hz fixes everything. Not really a con, just an annoyance. Obviously this would be less of an issue if I had an AMD card. Something to note, either way.

Overall Review: I didn't use the base, so I really can't comment on it. It went right up on my arm, from the box. I see many people complain about fuzzy fonts with 2K 34" monitors. Make sure you configure ClearType text through windows. Makes all the difference in the world!

Pros: This monitor is exactly what I was wanting. I was up in the air as to whether to buy a more expensive monitor or go for this one. I could not justify the price of a curved ultrawide, and with a GTX1060 6gb, I didn't want to go too high resolution as to have to lower all my game settings. This monitor is absolutely the BOMB! It's not the highest refresh rate, but for the money, you will not find a more perfect monitor than this!

Overall Review: One thing I did notice is that there were many users that reported having backlight bleed on their monitors.. I did too, until I noticed that the brightness was turned all the way up! I set my brightness and contrast each to 50 then performed an monitor calibration to ensure that everything was setup correctly and guess what?!?! Backlight bleed is completely eliminated. I think it would behoove those that have this monitor to adjust their brightness and contrast accordingly and perform a basic calibration..

Pros: - This has twice the horizontal real estate of my old 19" 5:4 monitor, but in a much smaller width and lesser height than two 19" monitors side-by-side would use. - Sale price of about 40% off made this actually cheaper than buying two new monitors (though yes, I could have gotten two refurbished 19" 5:4 for a lot less). - Built-in speakers are actually quite good and play much more loudly than the speakers in my last monitor. - I love the joystick for controlling the settings. It's actually far easier to navigate the menus and change settings on this monitor, than it ever was on monitors with five or six tiny little buttons with unreadable labels. That said, this LG comes with a little program you can put in your Windows taskbar, which lets you adjust the settings using the mouse - even better! - Installing the stand is straightforward and didn't require the manual, though as another reviewer notes, it's kind of strange that it requires two different types of screwdrivers. - I love the look of the stand, much more stylish than the typical rectangular base. I don't notice mine wobbling at all, as someone else mentioned. - The picture seems great with nothing to complain about, though out of the box, brightness and contrast are way too high.

Cons: - The monitor only has displayport and HDMI inputs. I would have liked to see a DVI-D input, as well. HDMI is much too fragile a connector, and while displayport improves upon it a bit, especially with the locking feature, it's still not as secure as DVI-D. Also, I would have preferred to see the input jacks pointing downward, not straight back. - The length of cable between the AC adapter and monitor is quite short - barely reaches the floor from my standard 30" high desk, with the adapter placed right behind the monitor, on the floor. - The monitor is kind of slow to wake out of standby/power saving mode. I only see maybe half a second of the BIOS P.O.S.T screen before it goes to the 'Starting Windows' screen. That may be normal for displayport or HDMI monitors, or maybe it has more to do with the video card? Never had that issue with a DVI-D connected monitor - always showed everything from the instant of power on.

Overall Review: - There's no analog audio input to the monitor, a shame, since it has such decent speakers. I guess that makes sense because it only has displayport and HDMI, both of which carry audio, so probably not a con for most people. I have a somewhat unusual setup that makes it better for me to use analog out of the soundcard, vs. digital audio through the displayport. Eventually this will be a moot point once I build my own computer sound system, and I won't need audio to the monitor at all. - Cannot (in theory) use FreeSync with an Nvidia card. I knew this going in, and given the price of this monitor was three to four times less than a comparable G-Sync monitor, there's no way I could justify going to G-Sync. Yes, I could have gotten an AMD video card, but could not stomach the much higher price and much greater power consumption for a given performance level. I have never had a FreeSync or G-Sync monitor, and am not a gamer, so don't think I will be missing anything.

Cons: -There is a bit of backlight bleed as is common with IPS panels -Low resolution, pixels are pretty large, but given the price and the really fantastic color/contrast/brightness.. Its a pretty small con

Overall Review: You wont beat this monitor for the price! Certain games like Overwatch and Heroes of the Storm will not support the ultrawide part properly, you either play sort of zoomed in, youtube it for a visual comparison, or you play with black bars on the side turning it into a regular 16x9 which is what i do. Its a small issue, and most games play properly in full glorious ultrawide 21:9. The Witcher 3 is particularly wonderful in this. You can achieve 75hz with an nvidia card, simply enable freesync on the monitor, this causes the monitor to OC itsself to 75hz from the normal 60, and then select a custom resolution in the nvidia control panel with 75hz. Other notes, no dead pixels. Sturdy stand and construction. It does have VESA mounts on the back. the sort of mini joystick on the bottom to navigate the monitors settings is actually really nice and intuitive, makes switching settings easy. I highly recommend!

Cons: Couldn't get the software to work for the split screen option, maybe it's not up todate with Window 10? I would have given it a 5 star if the software worked.

Overall Review: This model Does not have speakers

Pros: Beautiful picture, huge screen space. It seems like alot of people were saying the speakers weren't that great but they are loud enough for me.

Overall Review: One thing to mention is that I can't seem to get full 2560x1080 resolution when I plug my Macbook into this monitor using a mini-dp to hdmi adapter. I researched this prior to buying it though and it seems most people can get this working using a mini-dp to display port cable. Windows 10 works out of the box however using a hdmi cable.