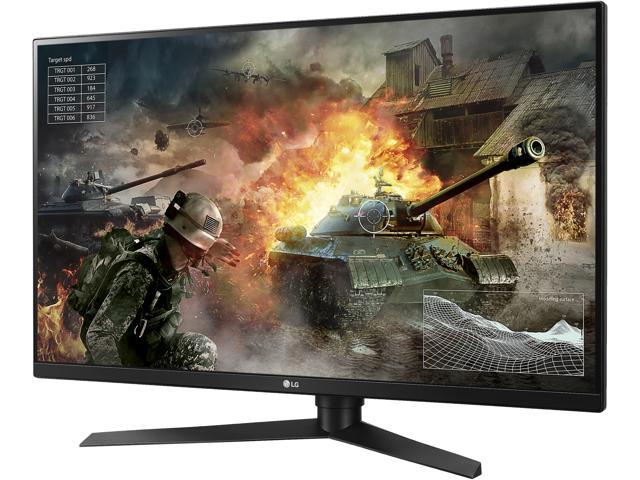 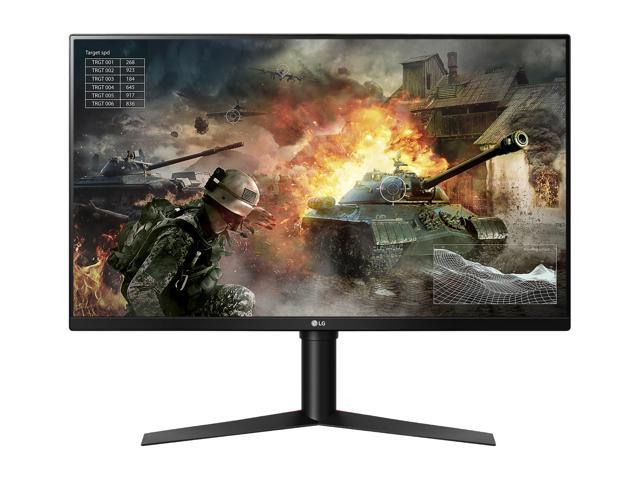 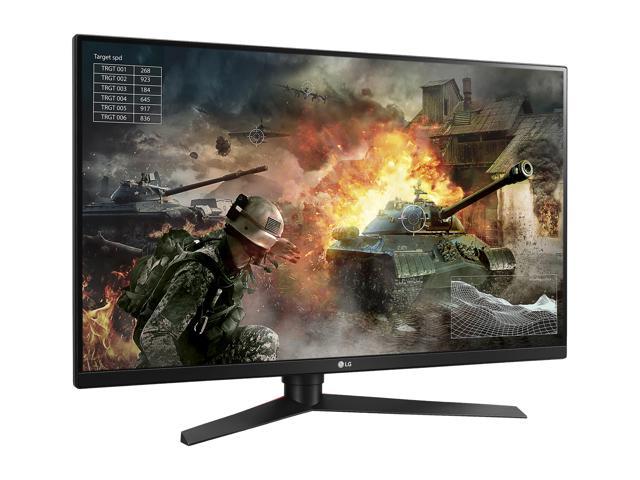 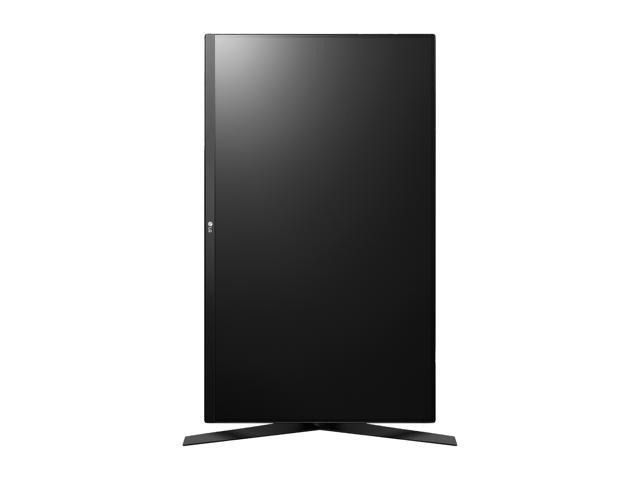 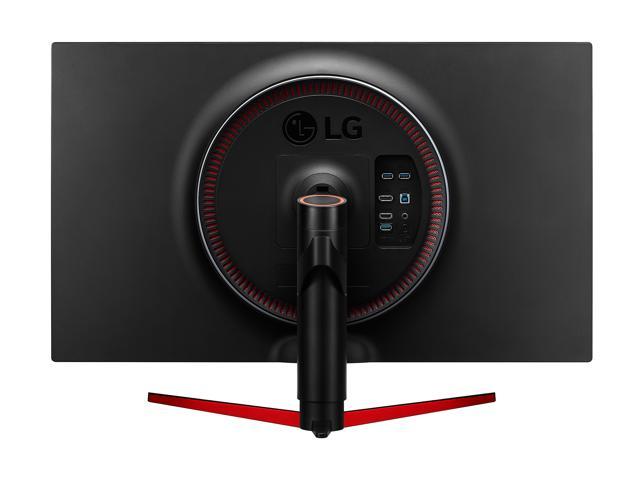 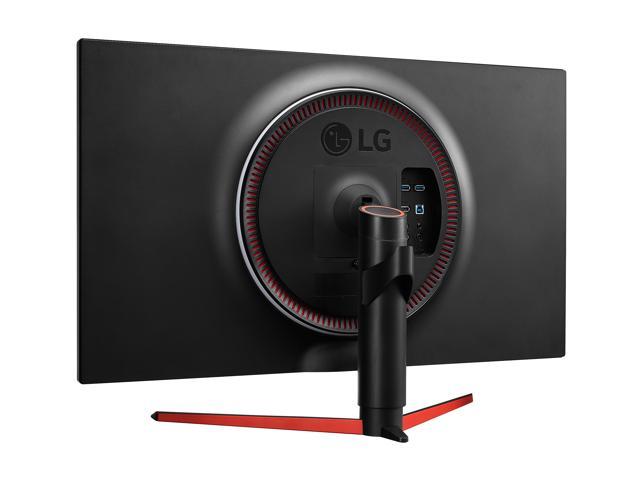 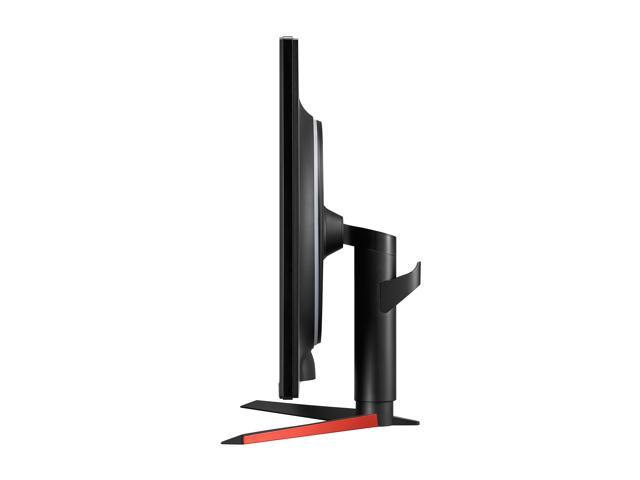 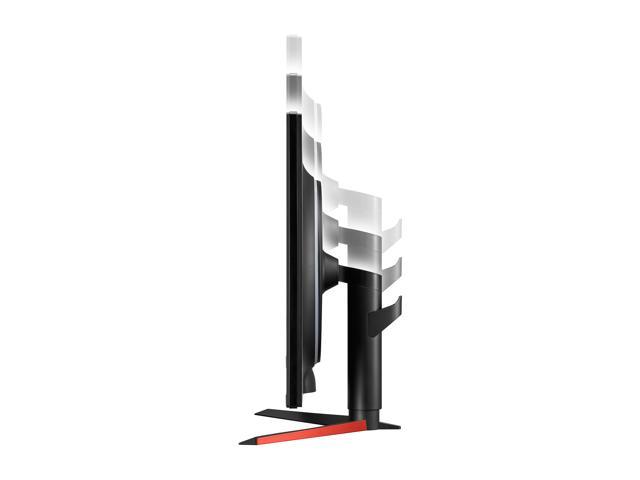 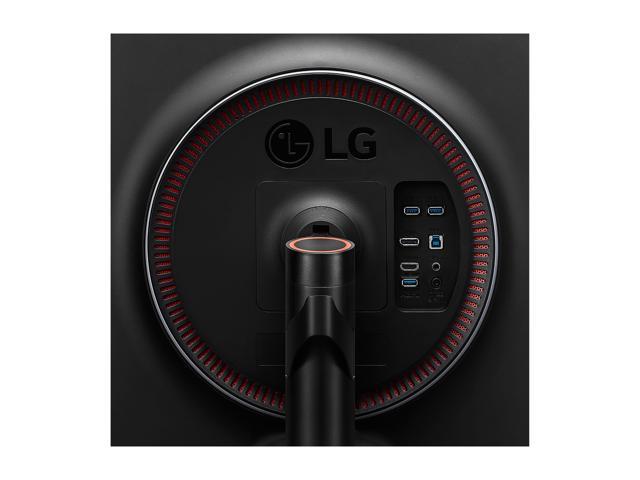 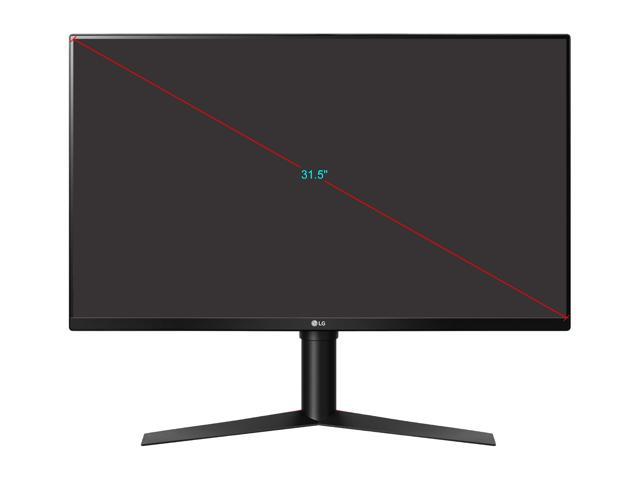 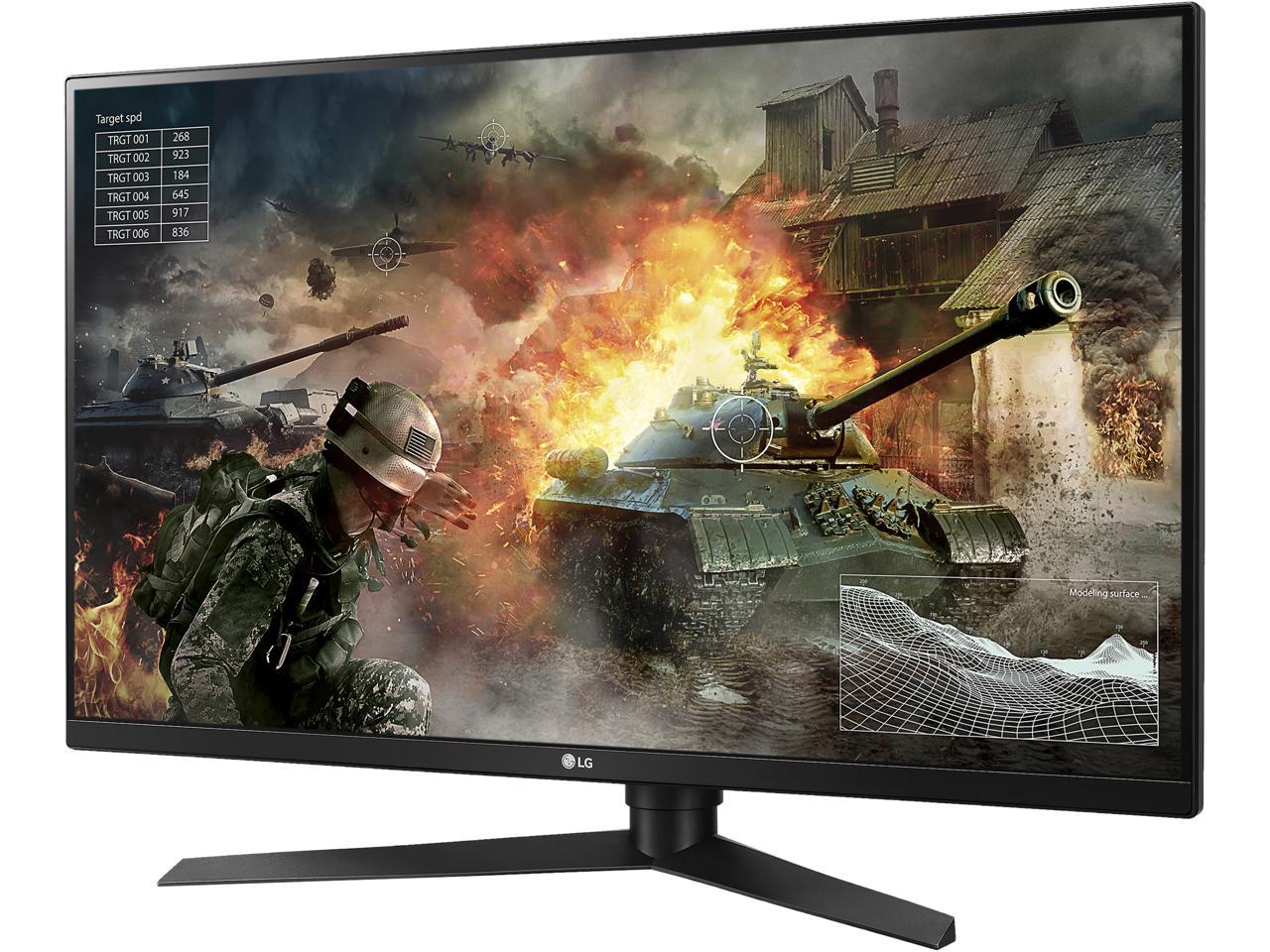 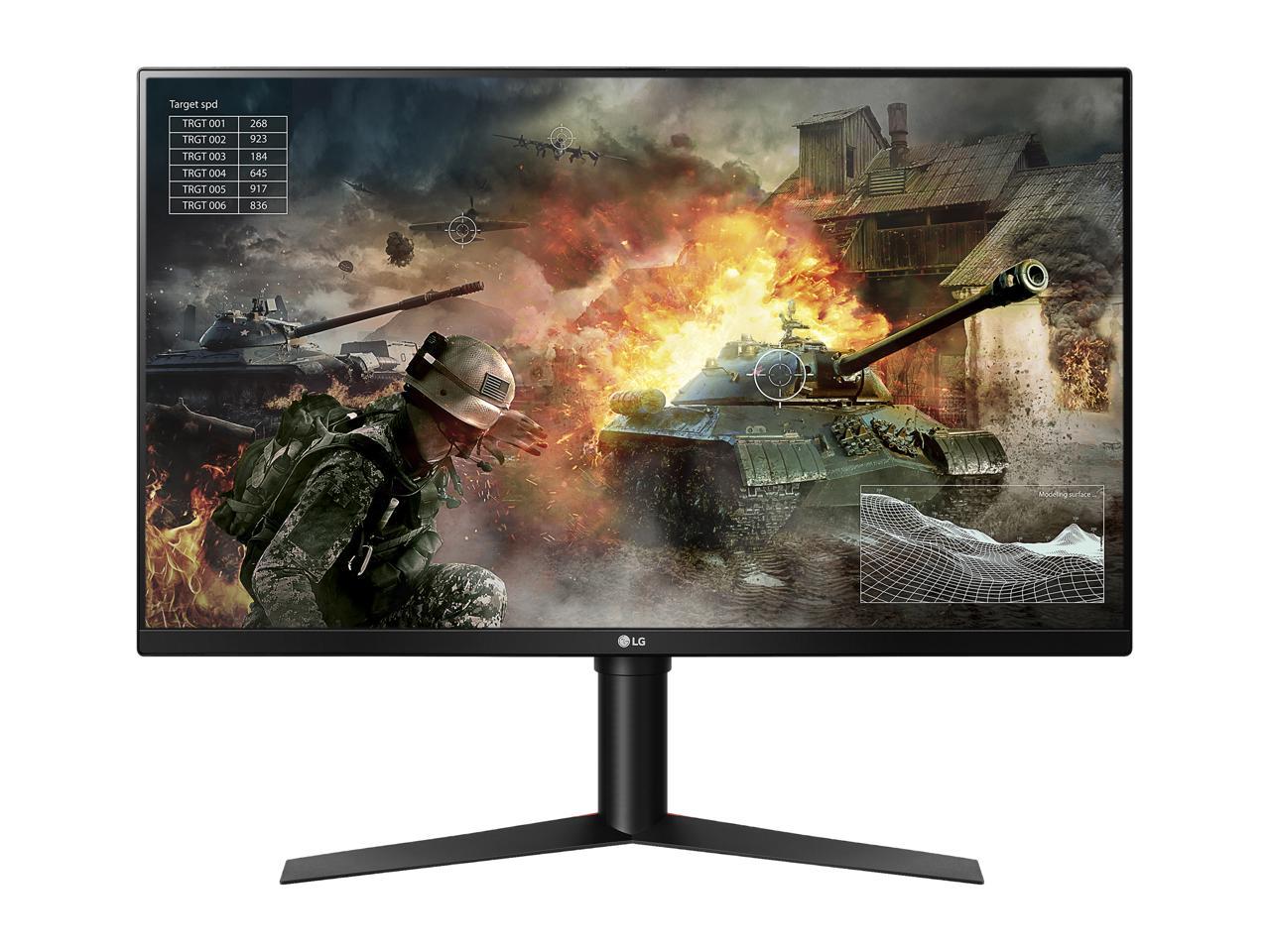 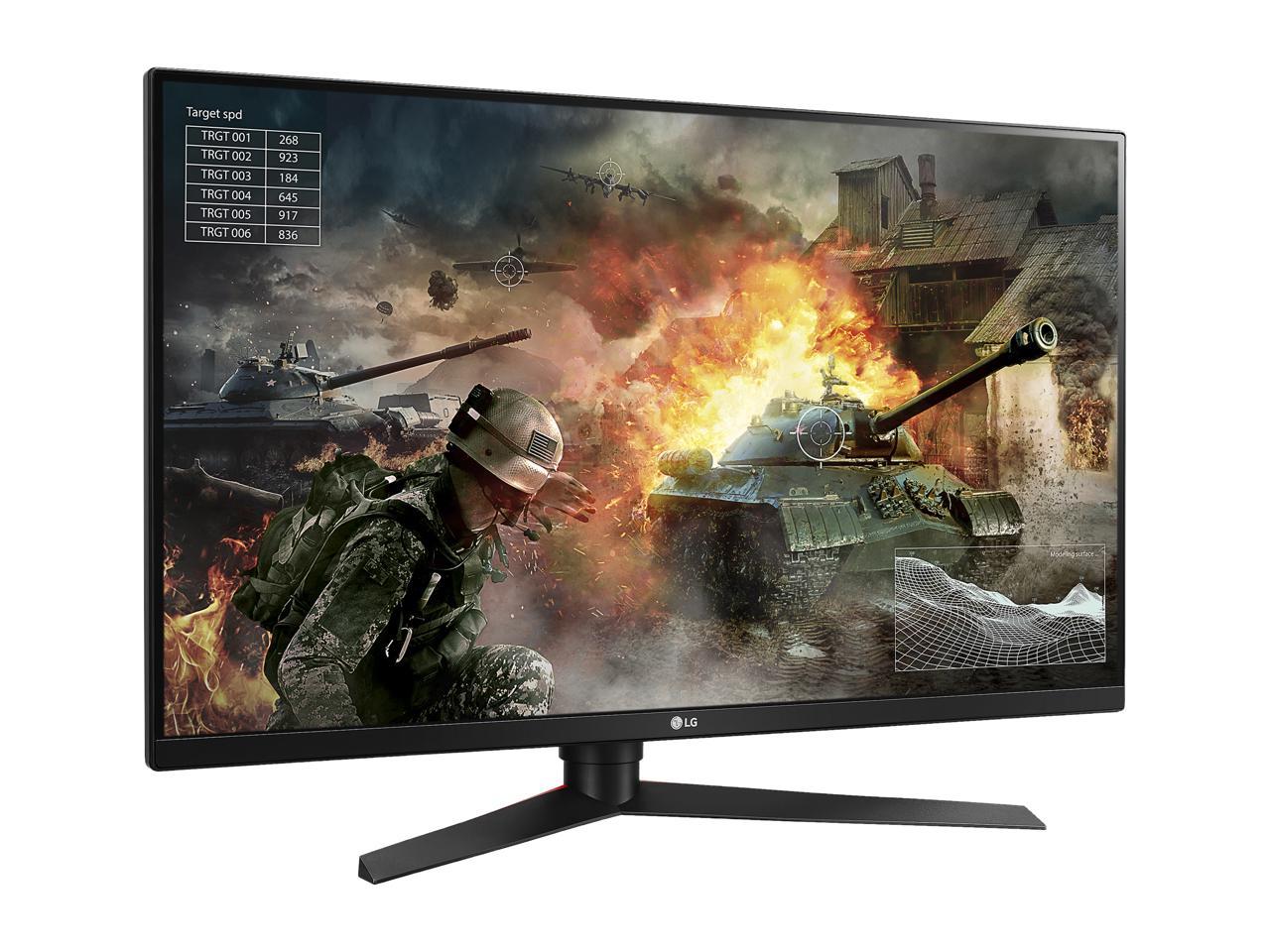 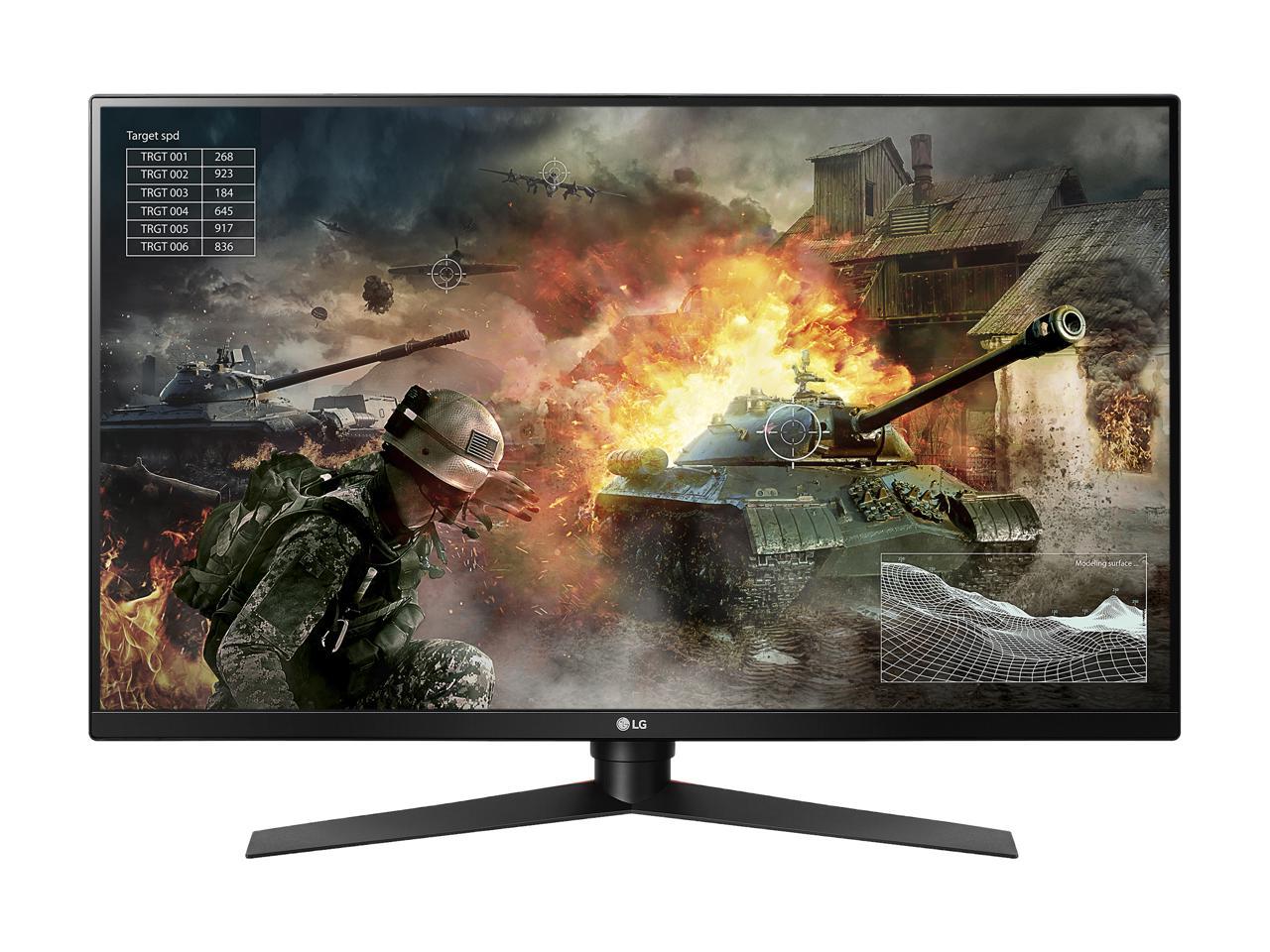 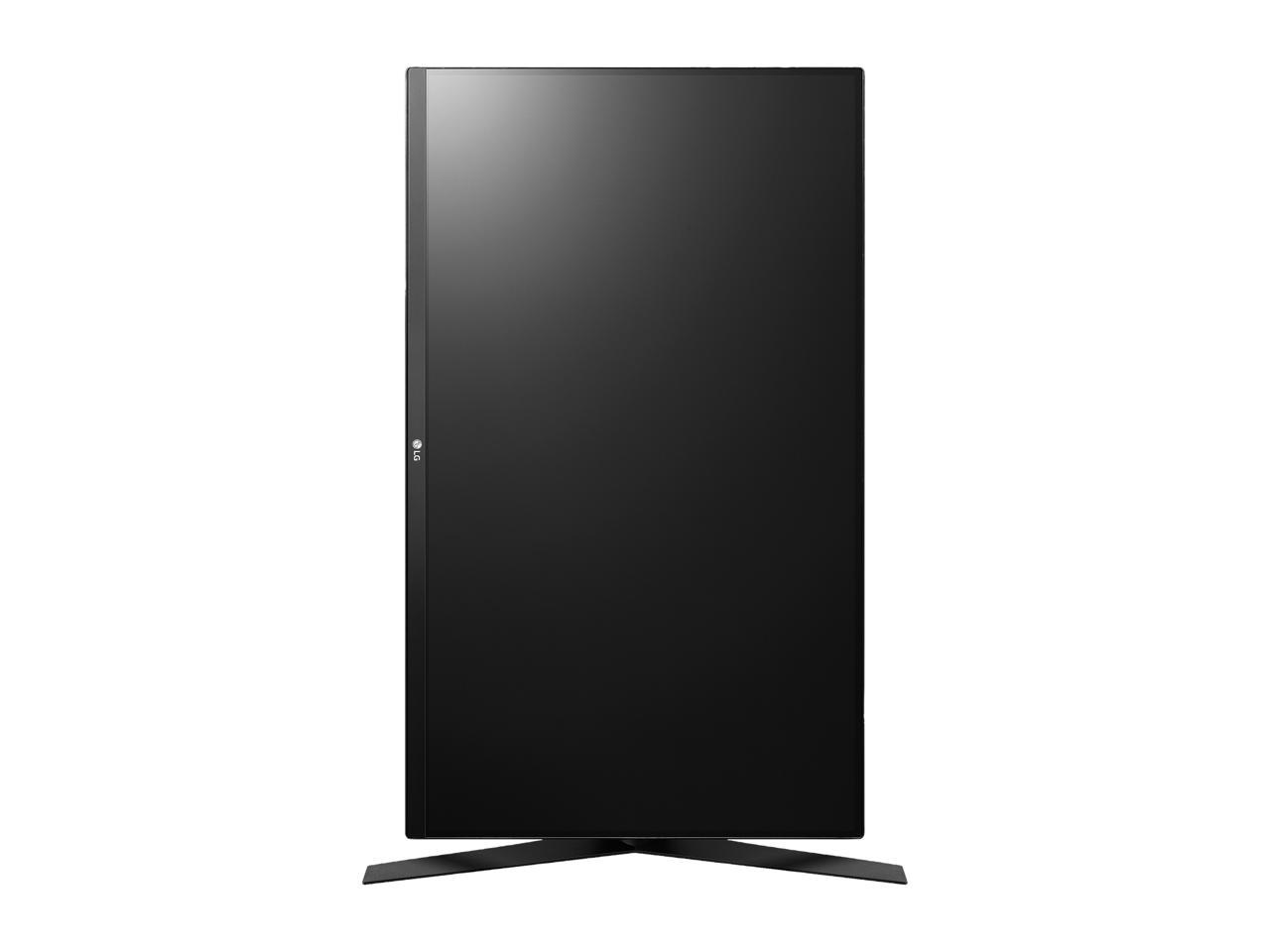 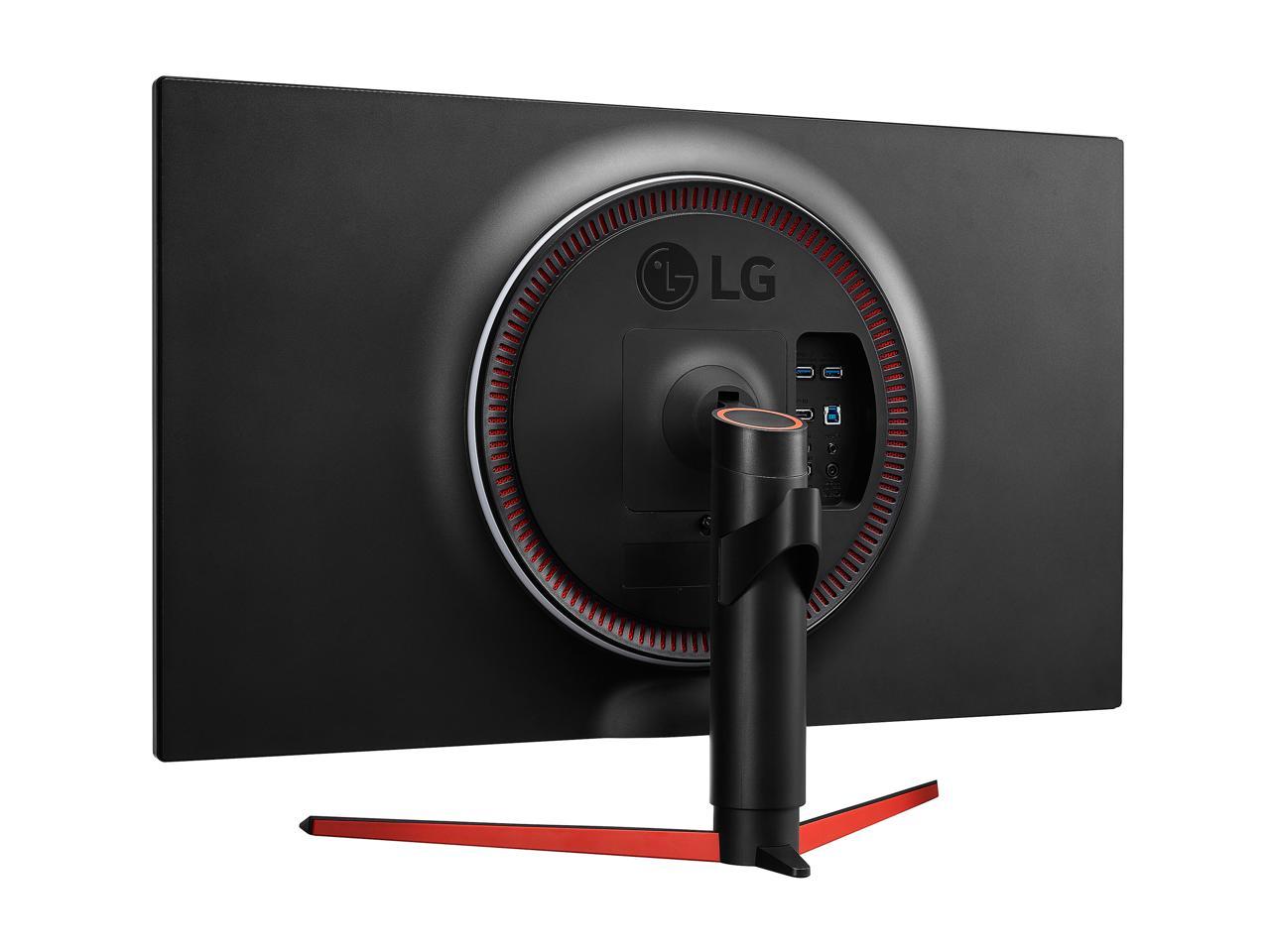 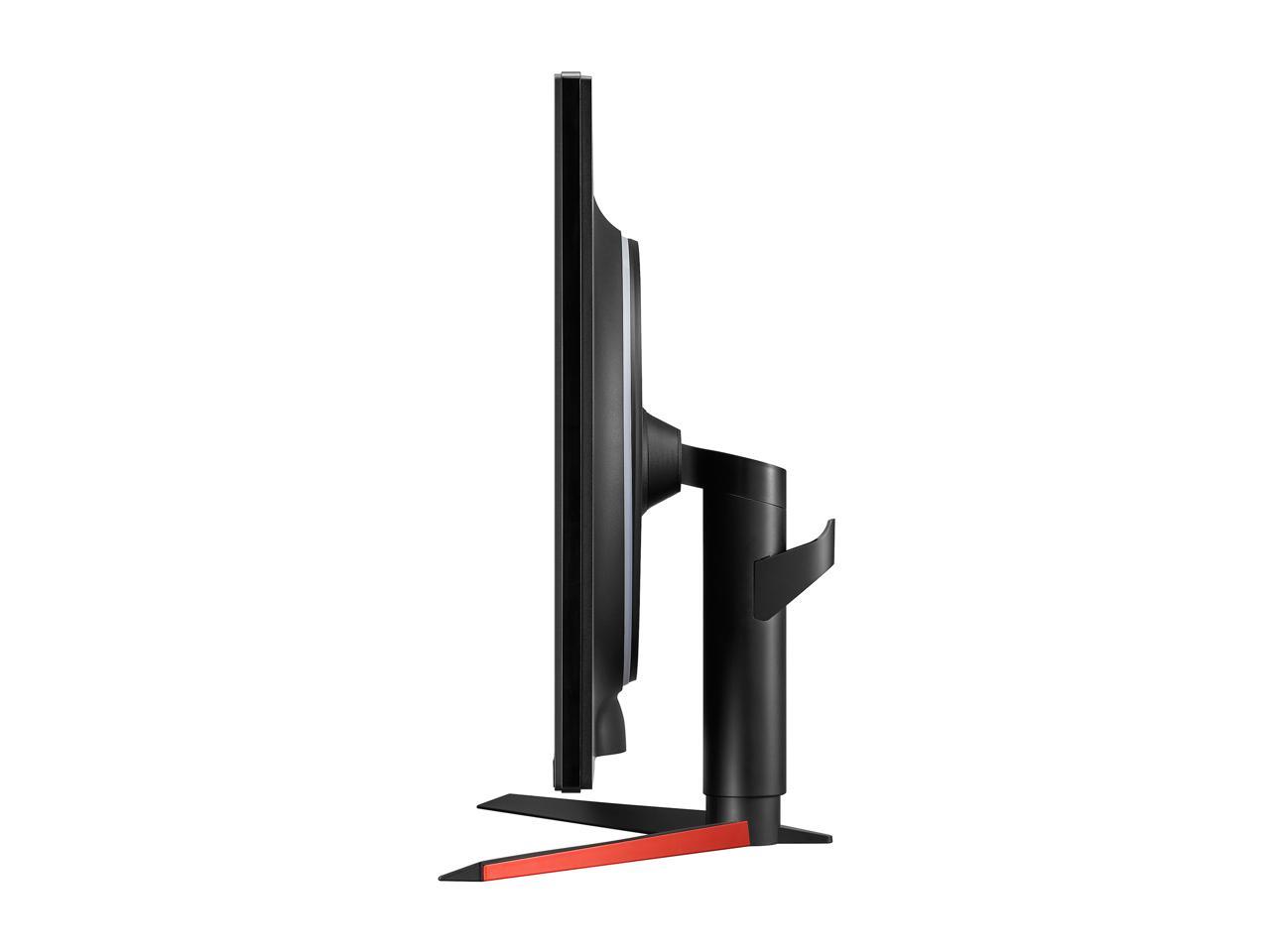 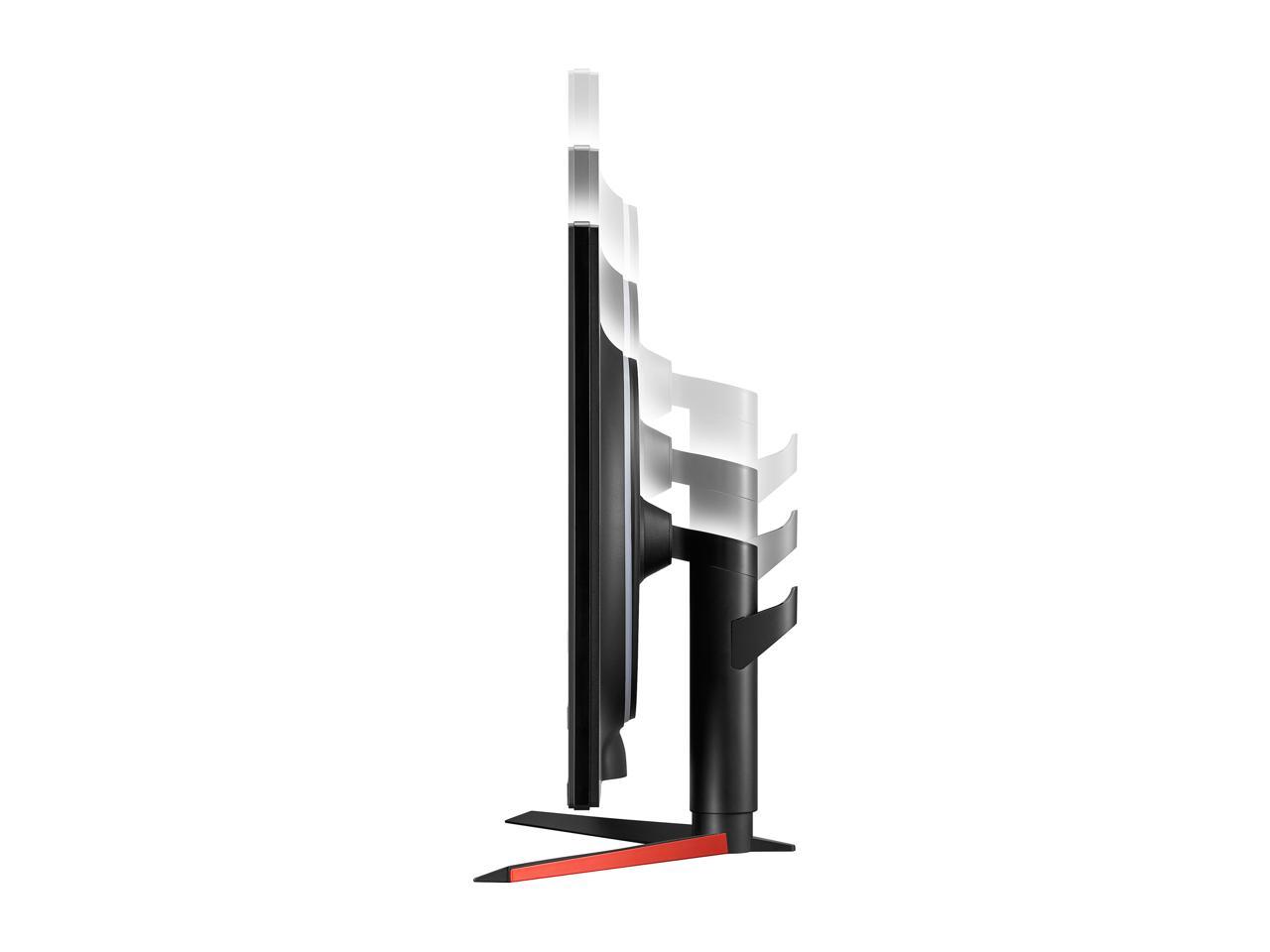 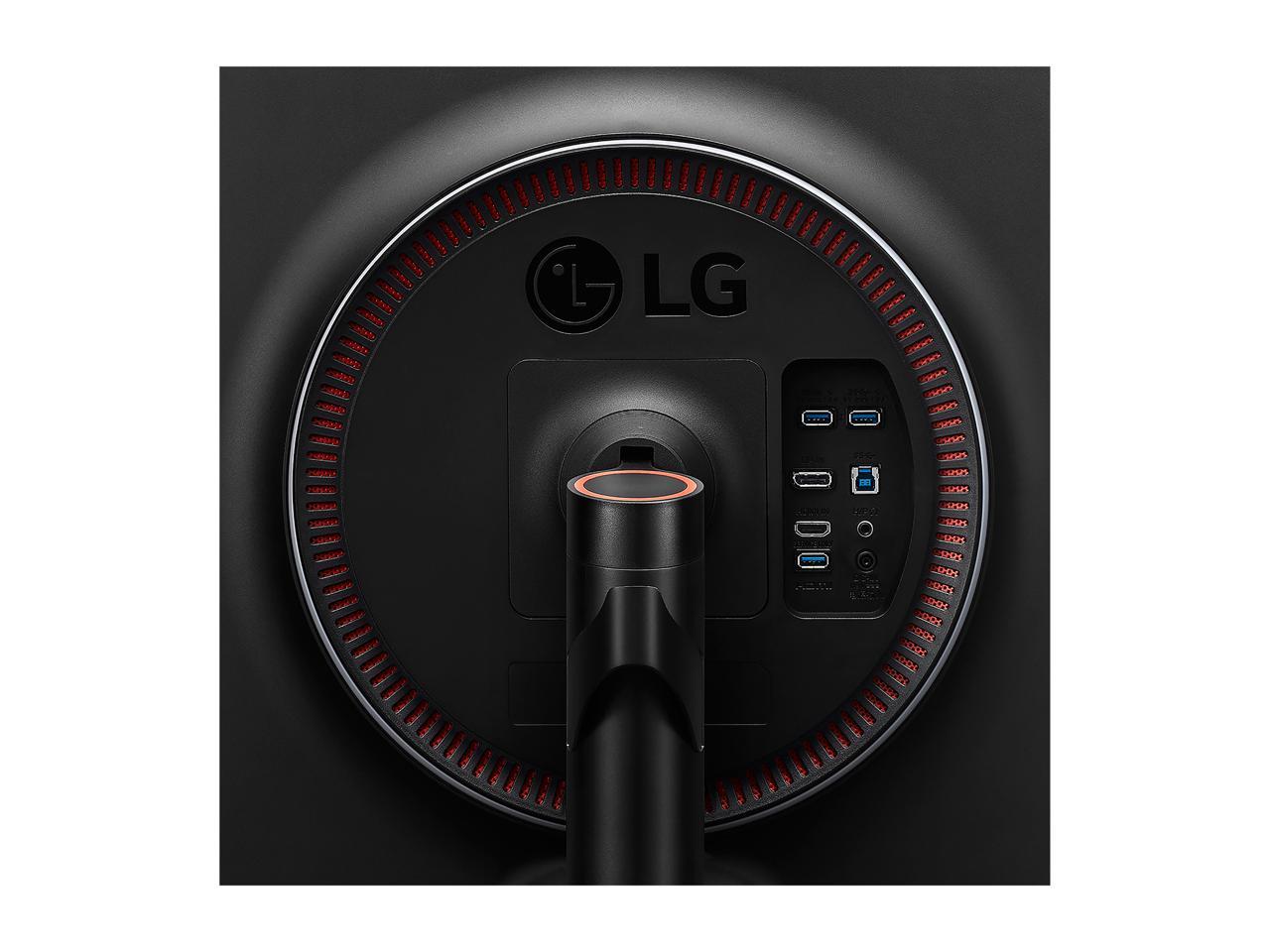 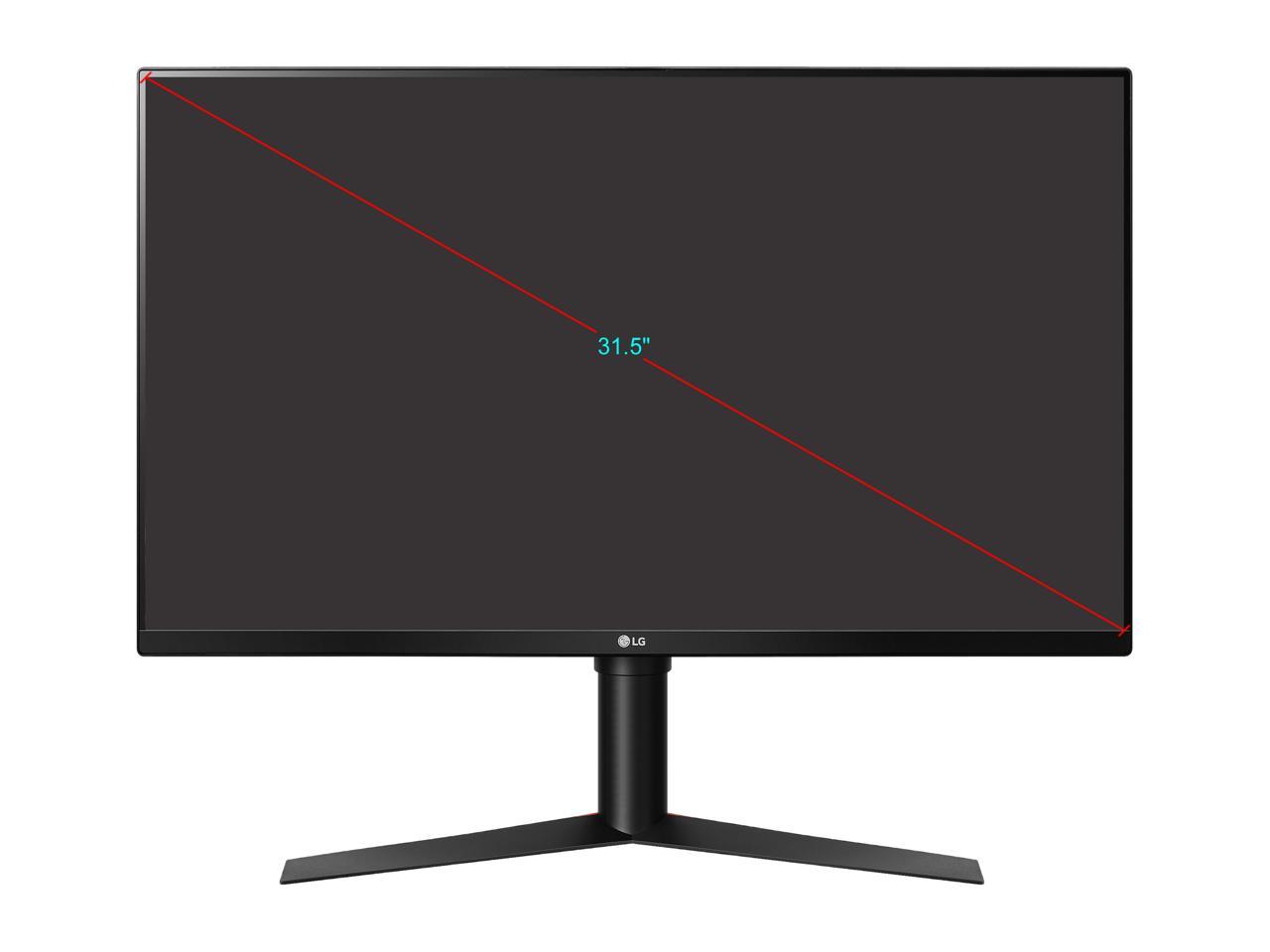 The LG 32GK850G QHD gaming monitor is designed for gaming bliss. The stirring Sphere Lighting lets you choose from three modes to put on a colorful display to make intuition take over when playing games. It features a 31.5" viewing real estate and a 2560 x 1440 QHD resolution on an edge-to-edge panel. You can have in-game scenes rendered fluidly without delay or blur with 144Hz Refresh Rate, NVIDIA G-SYNC Technology, and Dynamic Action Sync. Gamer-centric features like Crosshair and Black stabilizer let you aim better and win more.

Pros: UPDATE: I've now been regularly using the display for the past 2-3 weeks, and I love it. For reference, I previously tested the following panels: Acer X34, Omen X 35, Dell AW3418DW, Asus PG279Q, and now this. All the IPS gaming panels seem to suffer from poor QC, cheap/tacky design, or both. The LG 32GK850G, once calibrated and tweaked a bit, actually provides a great picture with noticeably improved contrast ratios compared to IPS. Additionally, I'm a HUGE fan of the subdued design: it looks stately and professional on my desk, and the back RGB ring is actually a USEFUL implementation of RGB in a monitor, because it makes looking at the screen in the dark easier on the eyes, and has some nice adjustability. I really wish other monitor manufacturers would take some design cues from this. Overall, after having tested all the previously mentioned monitors, I've settled on this. It's the best combination of pros and cons I've come across, complimented by a nice clean design aesthetic. PREVIOUS REVIEW: I’m actually somewhat shocked: the VA panel is actually pretty good! The off-angle viewing isn’t nearly as bad as other VA panels I’ve seen (like Omen X35), and contrast and lack of IPS glow means dark scenes look great. Even more surprising, response times seem really good. Haven’t noticed any smearing even when at 144Hz.

Cons: UPDATE: The second panel arrived and I'm happy to report there are no dead pixels or dust particles on the screen. The only cons are the same types of issues inherent in most VA panels: - response times aren't as great as TN, but they are noticeably better than other VA panels I've tested, such as the Omen X 35 - the slightly more narrow viewing angles means you'll see some color shifting towards the edges of the screen if you're looking dead center PREVIOUS REVIEW: My unit had a dead pixel so I’ll be swapping that, and there are reports of dust or dirt under some screens, but if I can get a panel without any QC issues I think I’ll be set!

Overall Review: UPDATE: discovered the lights can be turned on and off and adjusted completely independent of whether the panel is on or off, so I now look at it like a decorative desk light and turn it on or off when needed. I still think the option to turn off the lights when the monitor goes to sleep would be WONDERFUL. PREVIOUS REVIEW: Dear LG...please release a firmware update to FULLY disable the lights as an option. When the panel turns on the lights cycle in a rainbow, which is pretty tacky. Believe it or not there are people who want their workspace to feel professional. ;)

Pros: - Vesa Mountable! it doesn't say this in the description, so I assumed it wasn't, but it definitely is > now mounted. - Great Color! Another review said it wasn't, but I can tell you its better than most other brands out there save maybe higher end Samsung displays. - Very fast refresh rate of 240hz at a great price! - Looks like a high end monitor! The design is rather slick, I'm a fan. - Powered USB ports! I did need to turn on a setting in the monitor menu to enable this, but now my USB 3.0 ports provide power to devices. In my case I setup an LED strip behind for some back-lighting, and it works great! Still have another 2 ports which I could use to power a phone/tablet if I wanted. - Easy adjust monitor stand height and tilt. While I'm no longer using the stand it came with, it was rather maneuverable overall and impressive. - Comes with HDMI 2.0 cable and Displaylink cable, all of which support the 240hz!

Cons: - Bulky stand. I've mounted mine, so not a big deal for me. Its a Y shaped stand that takes up a bit of real estate on the desk.

Overall Review: I have recommended this monitor to others, I think it is great for its price range!

Cons: -Viewing angles can be a bit washed out on the edges (expected) -Price -Pixel density up close -Short warranty

Overall Review: Overall a great monitor with solid blacks and great color. I was hesitant at this price, but overall it is an amazing monitor compared to IPS panels. Gaming on this monitor is incredible.

Pros: -32 inches 16:9 The first one the exist with Gsync I think. All the other 1440p monitors are ultra wide or 27inch 16:9 -G-snyc -RGB looks nice on the wall behind the monitor -No ghosting or input lag -Great colors. I was worried coming from an IPS monitor but this VA panel is not bad at all. -easy 165hz overclock. Just go in the menus and turn on the overclock to 165hz and BAM! 165hz!

Cons: - The only thing i can think of is the Price..... Man I could only afford this because I got a fat bonus check from work lol

Pros: Been over a year now and no issues it is still going strong! This is my first GSync high refresh rate monitor so I really cannot compare it to others. That being said here are my high points. - Silky smooth! not just when playing games but in everyday use. 165Hz works its magic. -Size 32" is great.m Some say the screen darkens in the corners which I do see but only when I am sitting to close. I sit maybe 3.5 feet away and the darkening is minimal. -I use my PC for editing photographs as well. Its not the best I have had in terms of colors but after calibration it works out just fine. -No dead pixels or dust. -Can get extremely bright -Black levels seem to be pretty good.

Cons: - Price. I would love to have two of these but my wife would kill me.

Overall Review: - Why aren't there any reviews on this yet!!? (in US anyway).

Pros: So smooth. No tearing. There is no way I could go back to 60hz without adaptive sync again.

Cons: Gsync displays are pretty ridiculously priced so they are out of reach for many, at $850 this is not cheap. I could do without the RGB backlight but I get some people are into that.

Overall Review: If you have the money and are used to larger displays I highly recommend this unit.

Pros: Good color accuracy Overclocked, it can run at 165hz The built-in RGB lights in the back panel are a nice touch LG’s premium finish: the build quality is very solid

Cons: Heavy The cable management bracket included on the monitor stand is a bit useless since it comes off easily

Overall Review: Very satisfied with my purchase. This is obviously a large screen and I was not sure at first if I should have gone with a 27" model but I was proved wrong when I fired up my rig and started playing! Feels wonderful! Thanks LG !

Overall Review: thank you everything was good