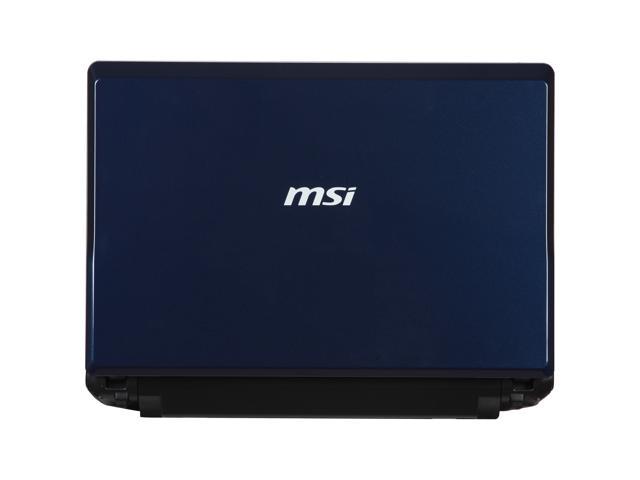 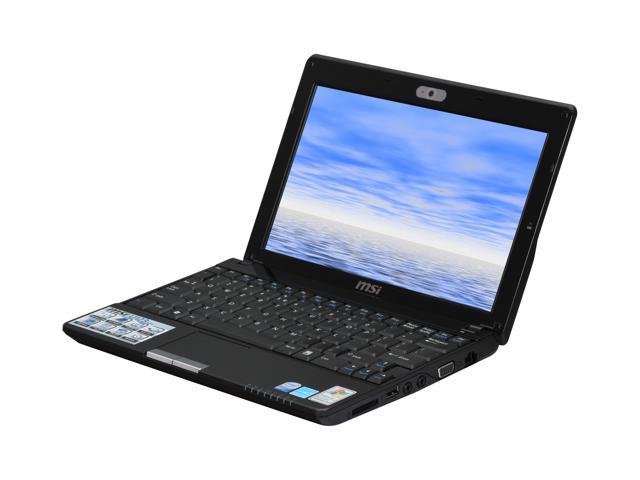 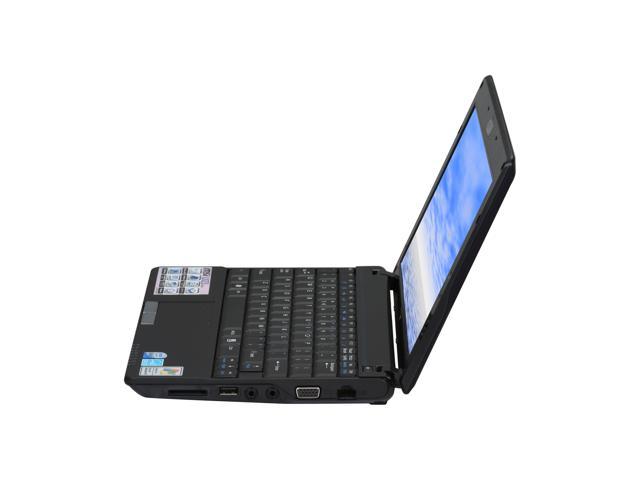 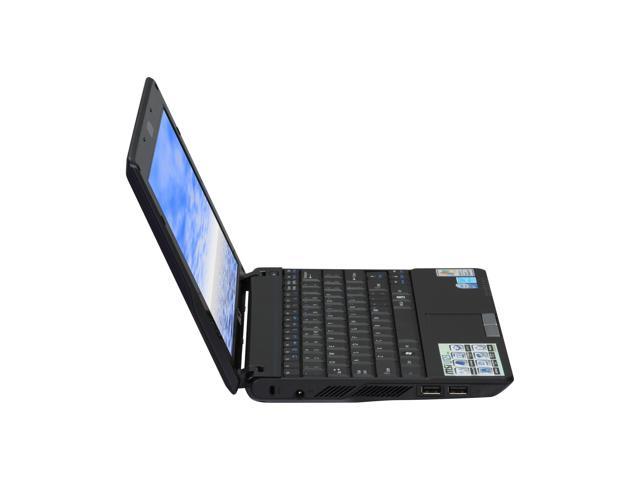 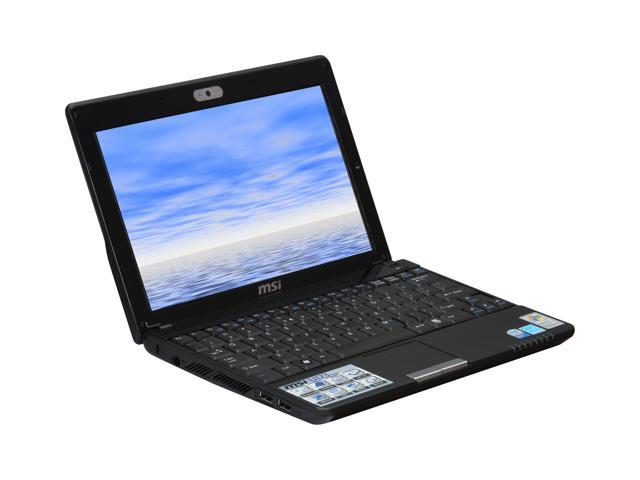 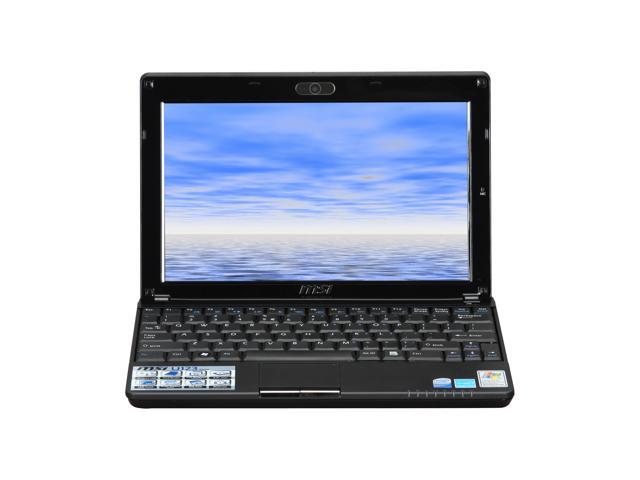 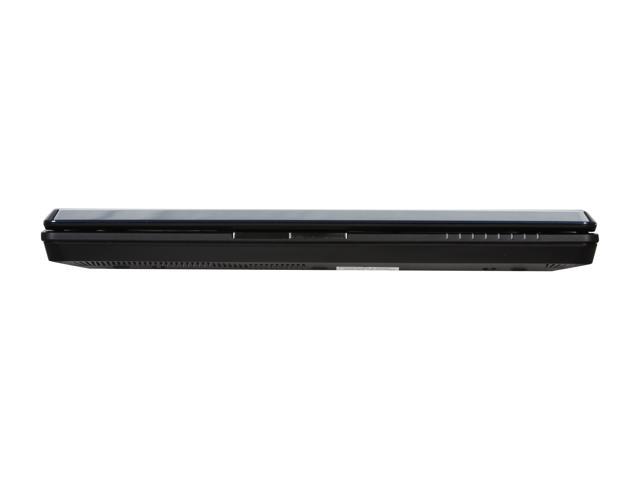 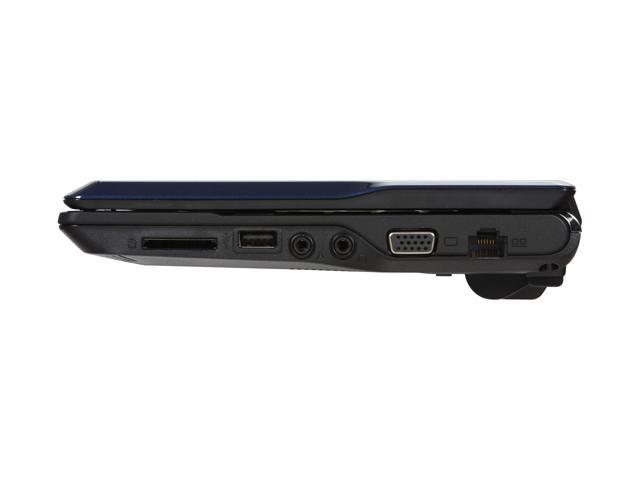 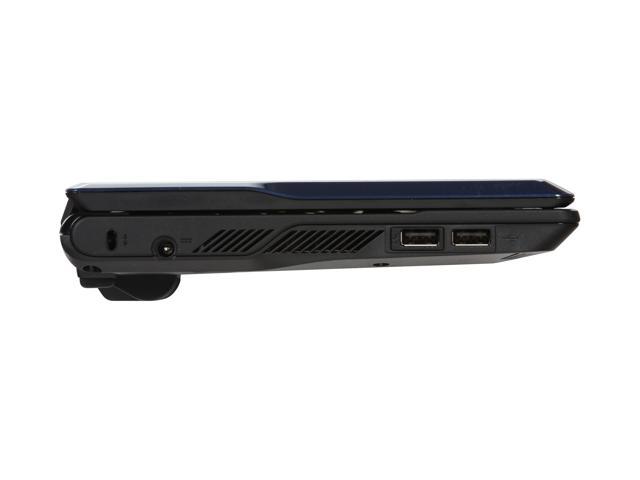 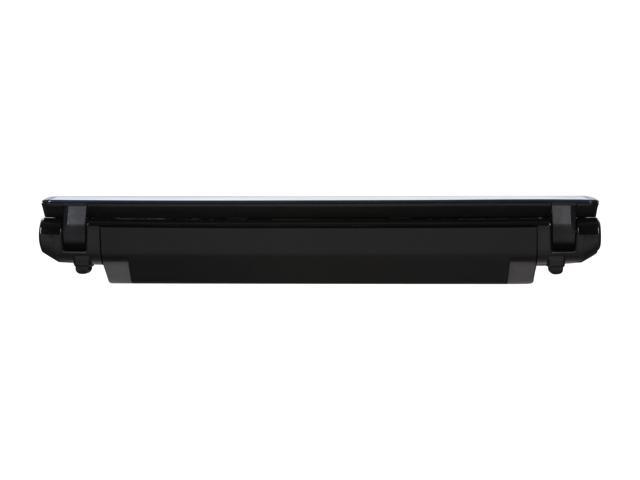 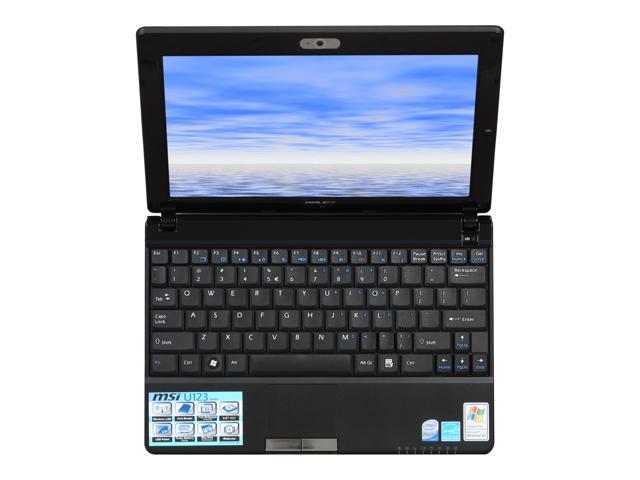 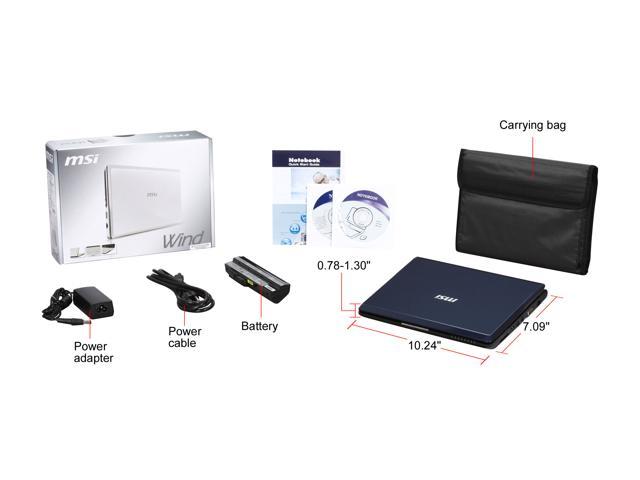 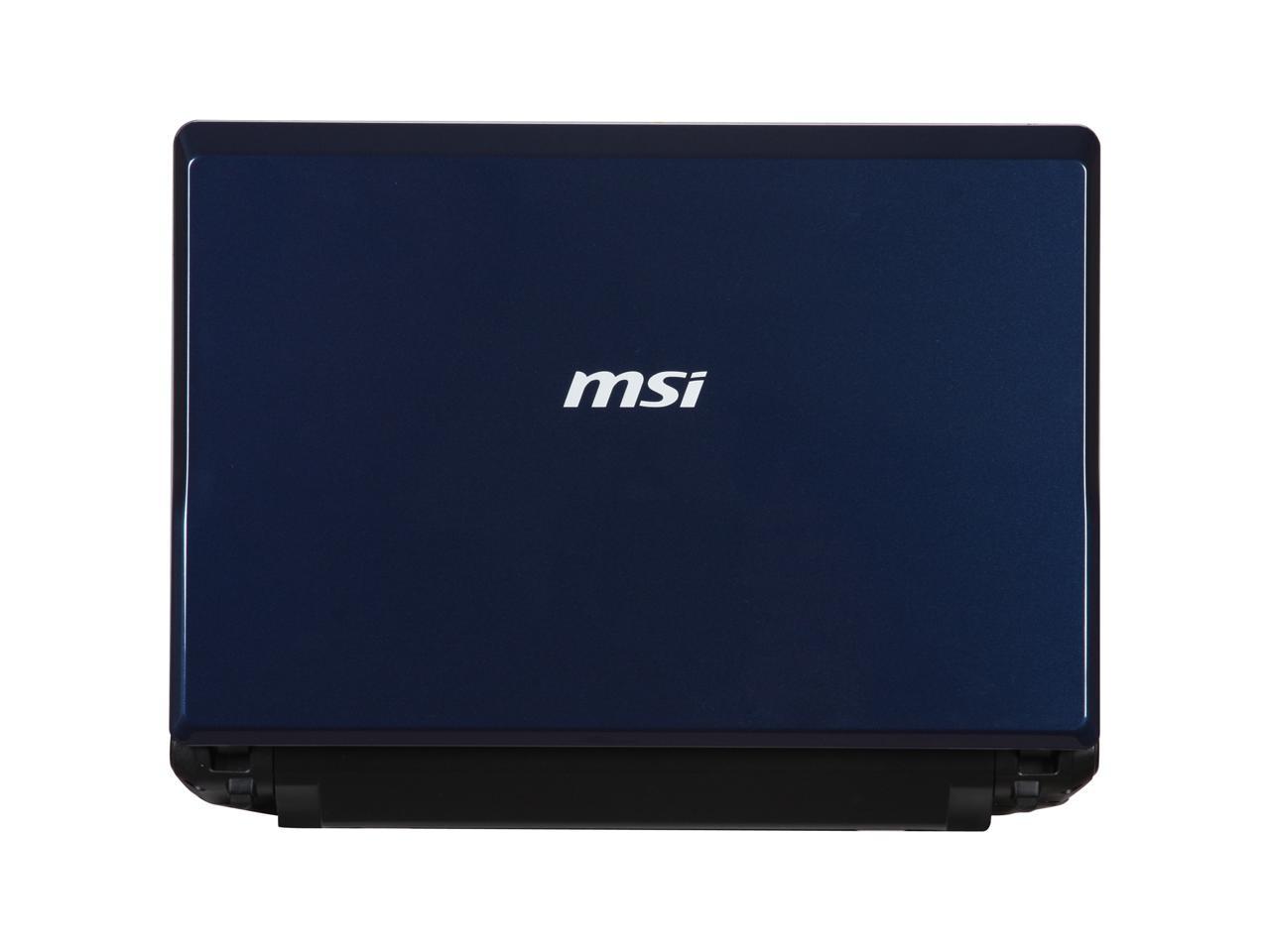 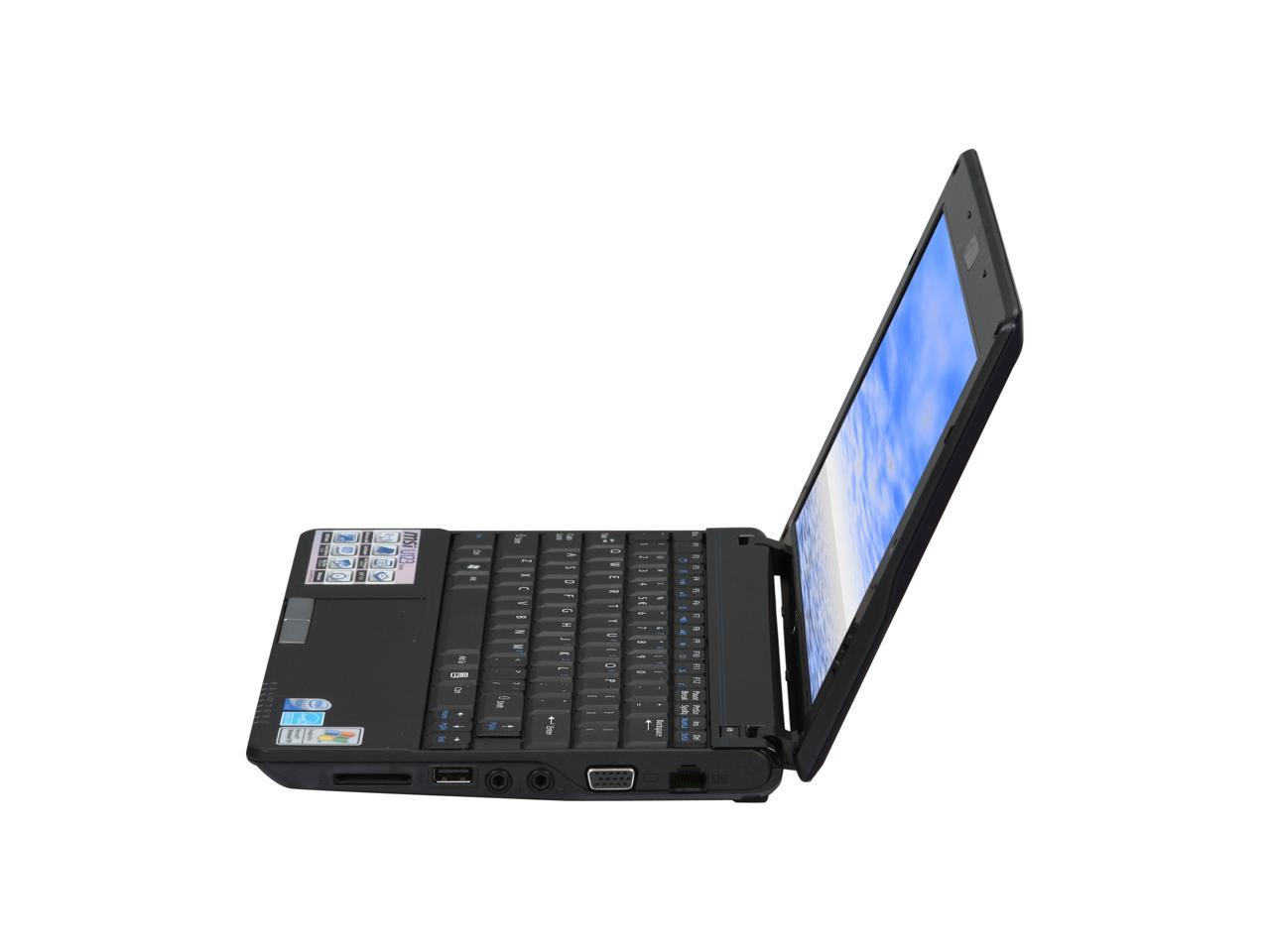 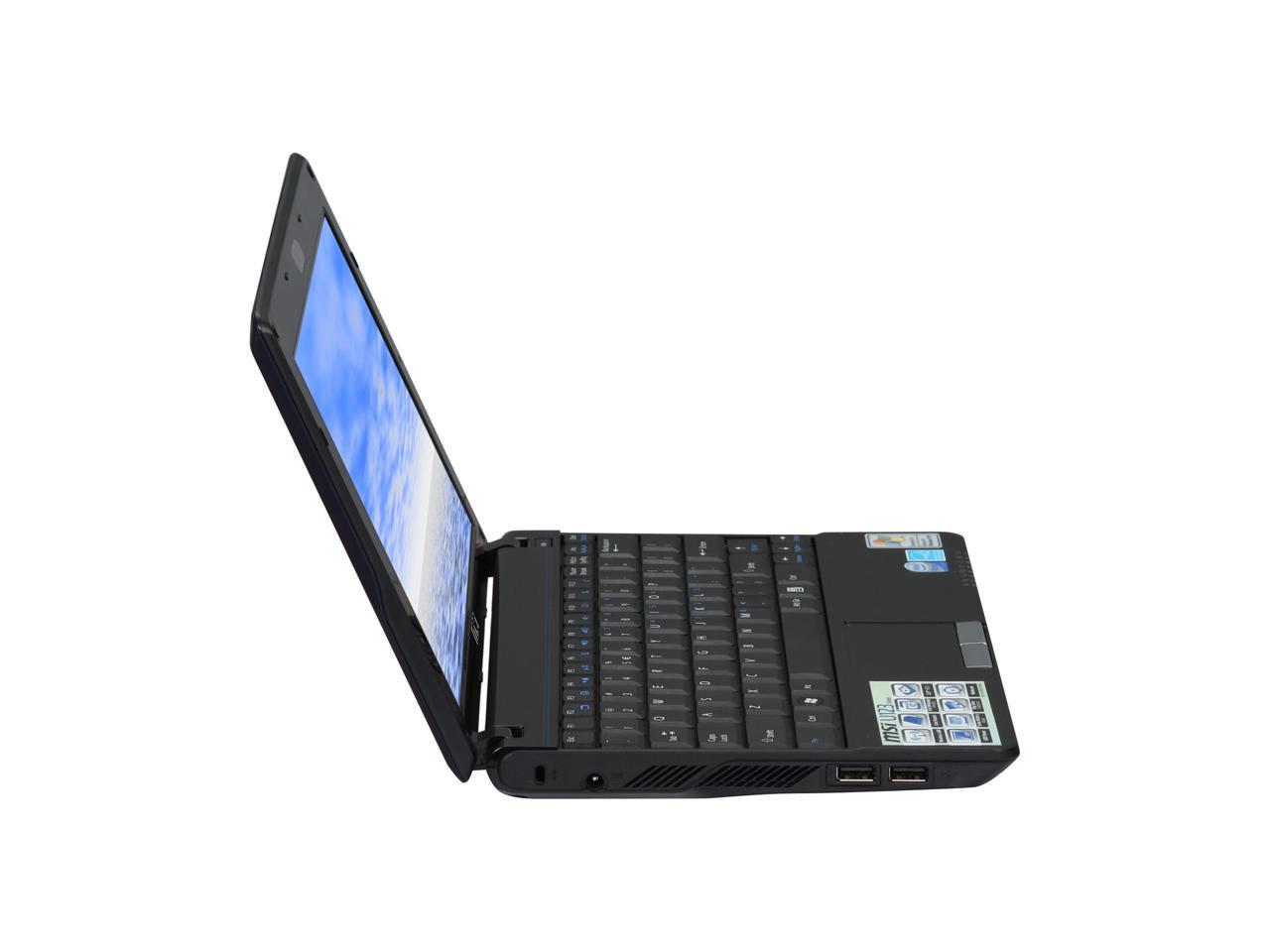 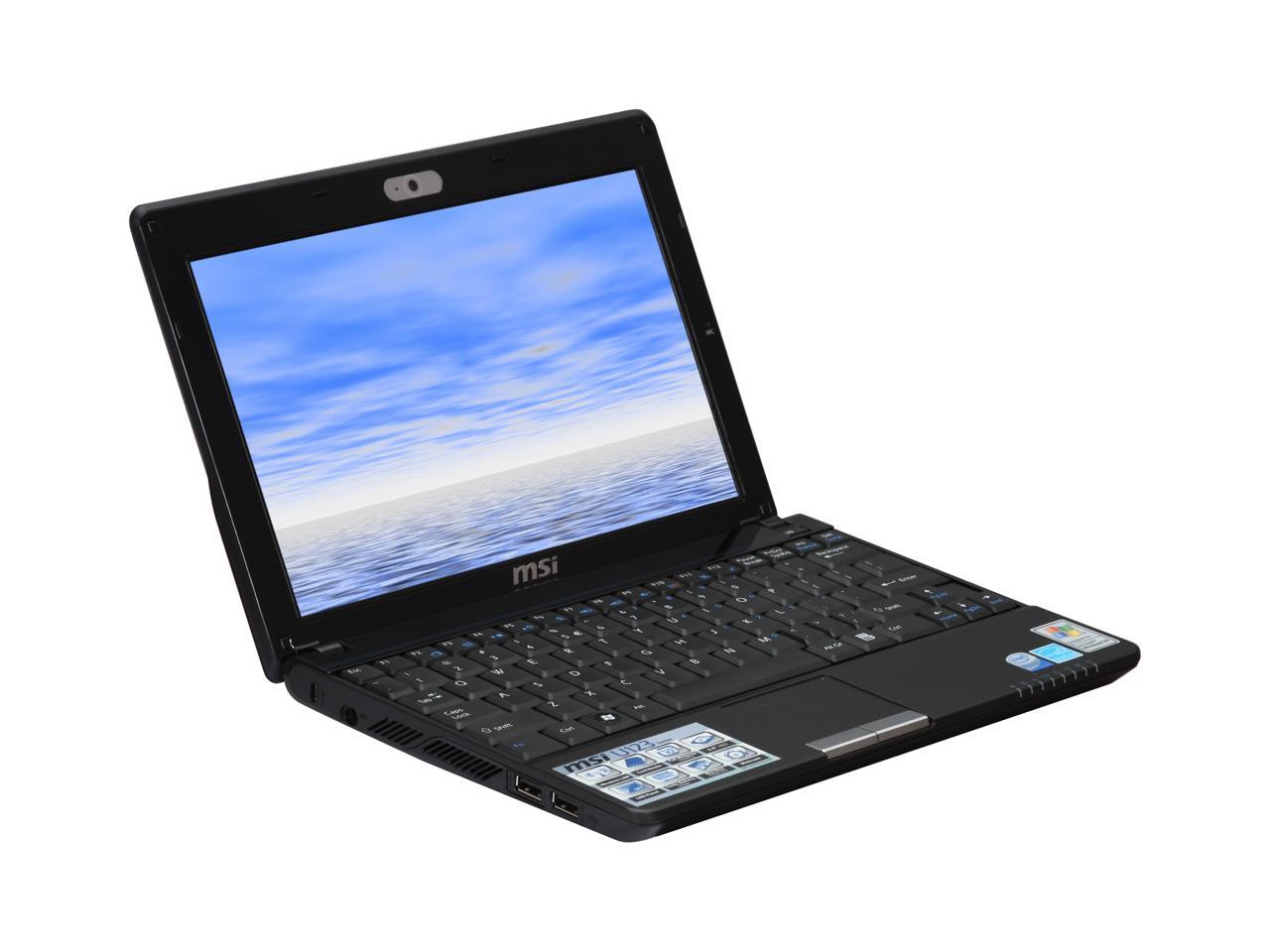 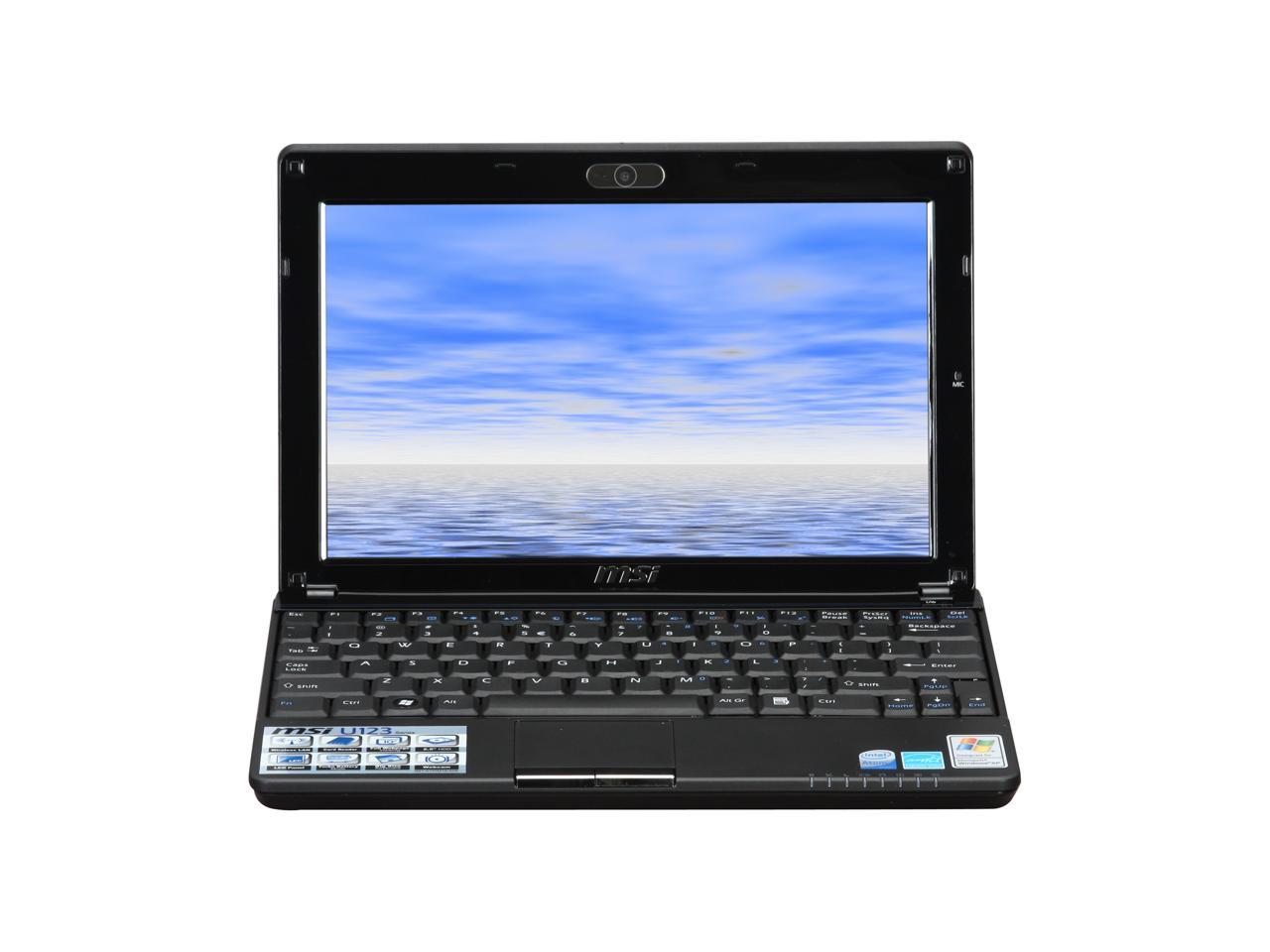 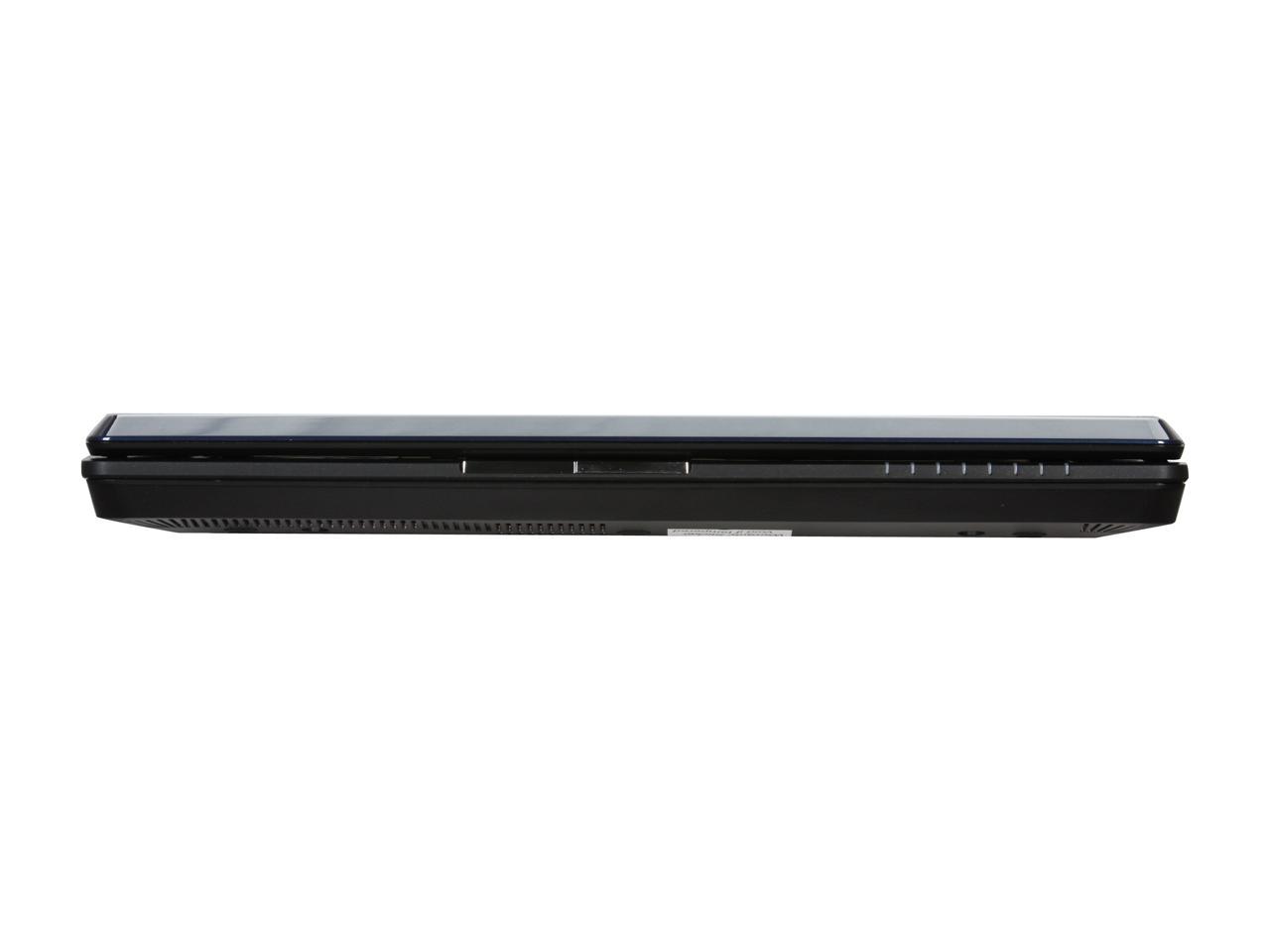 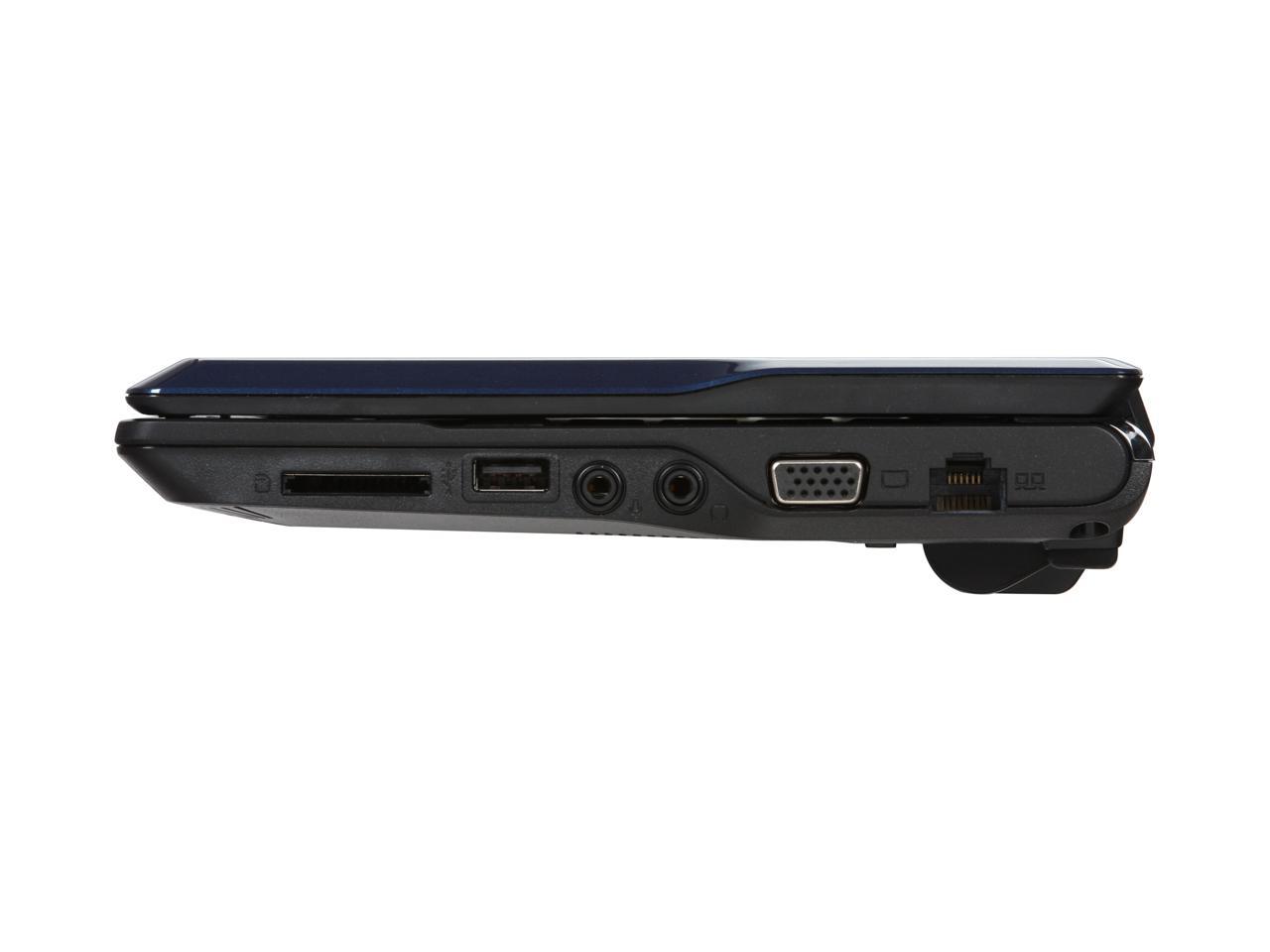 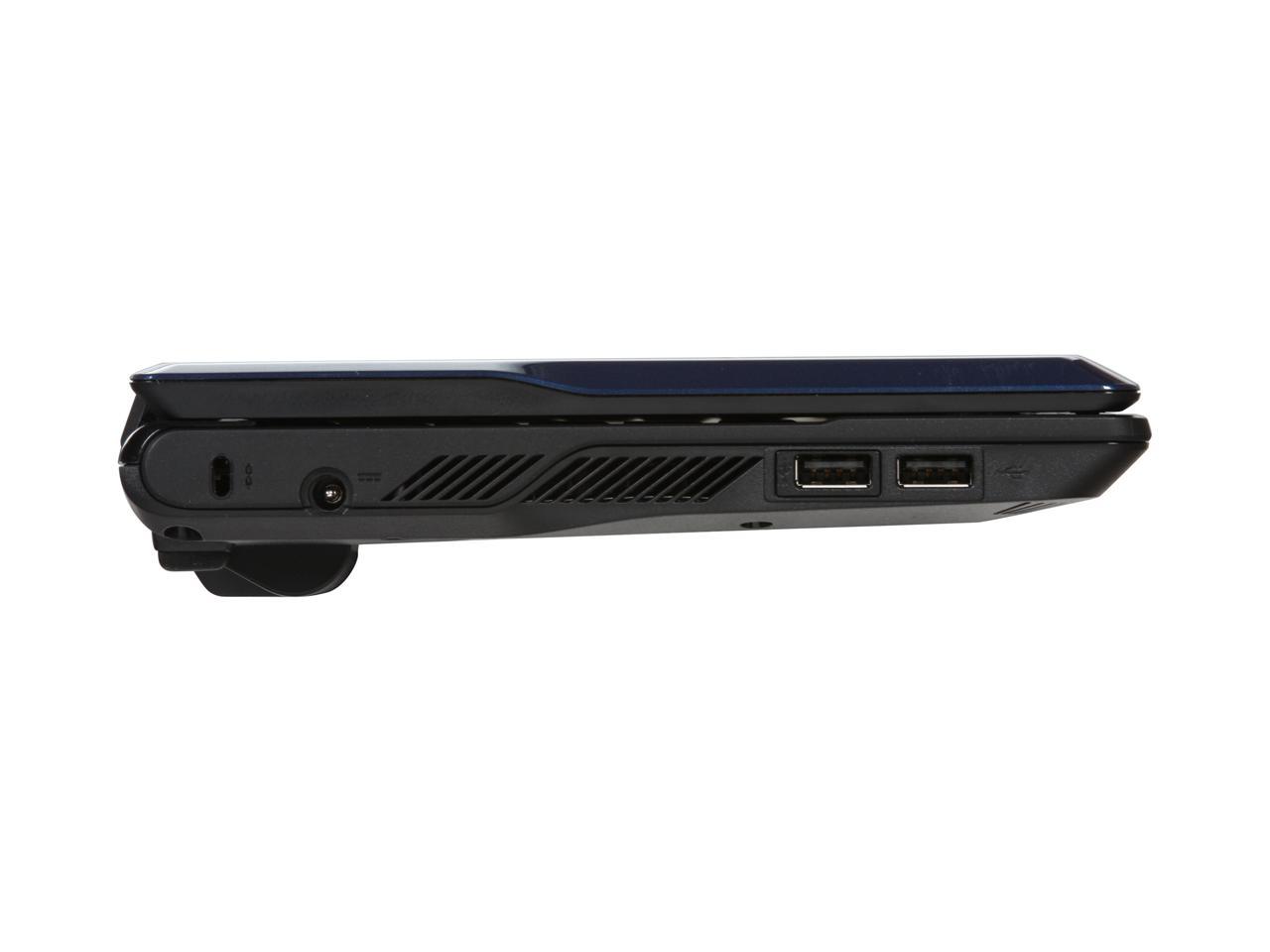 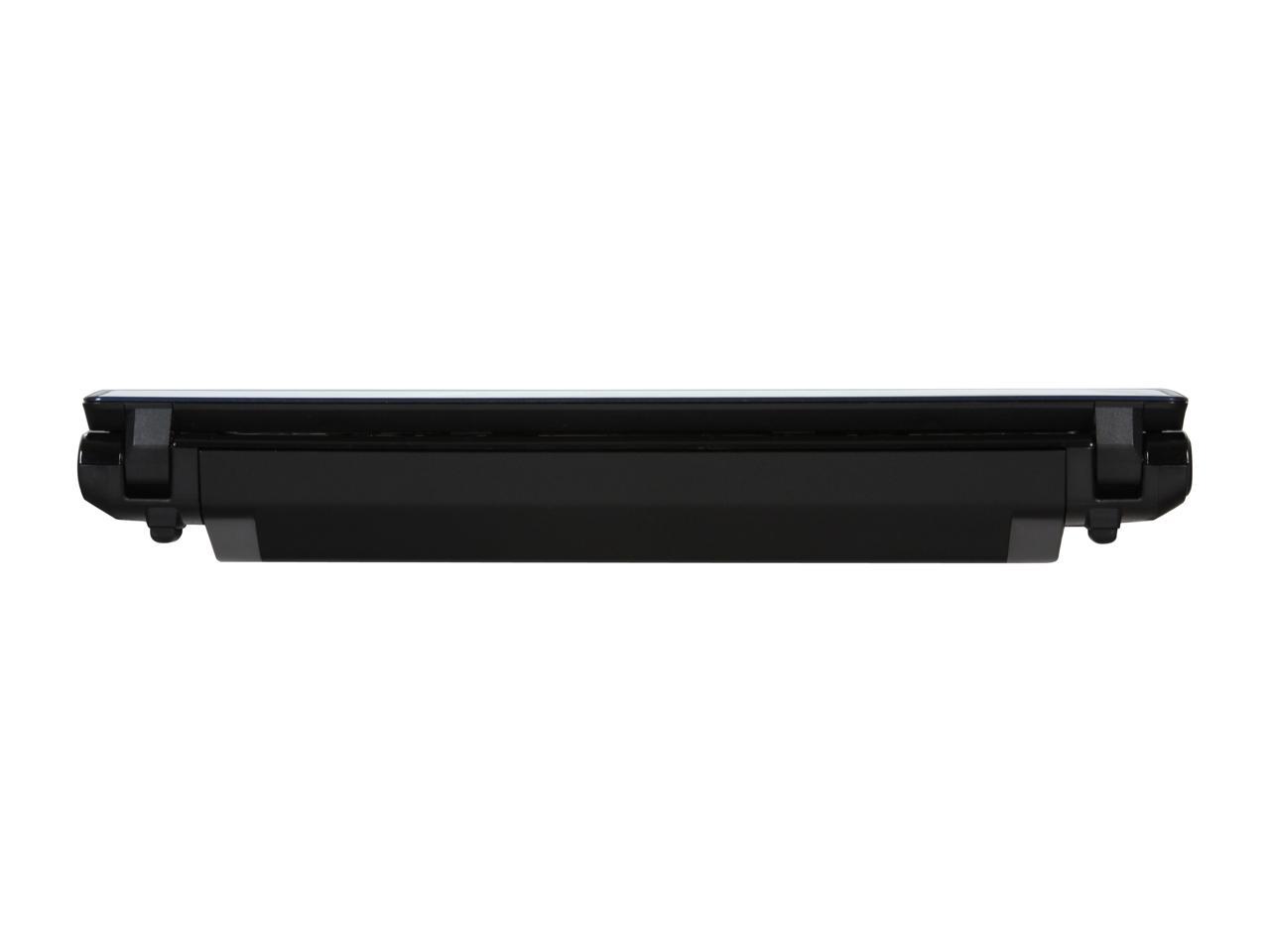 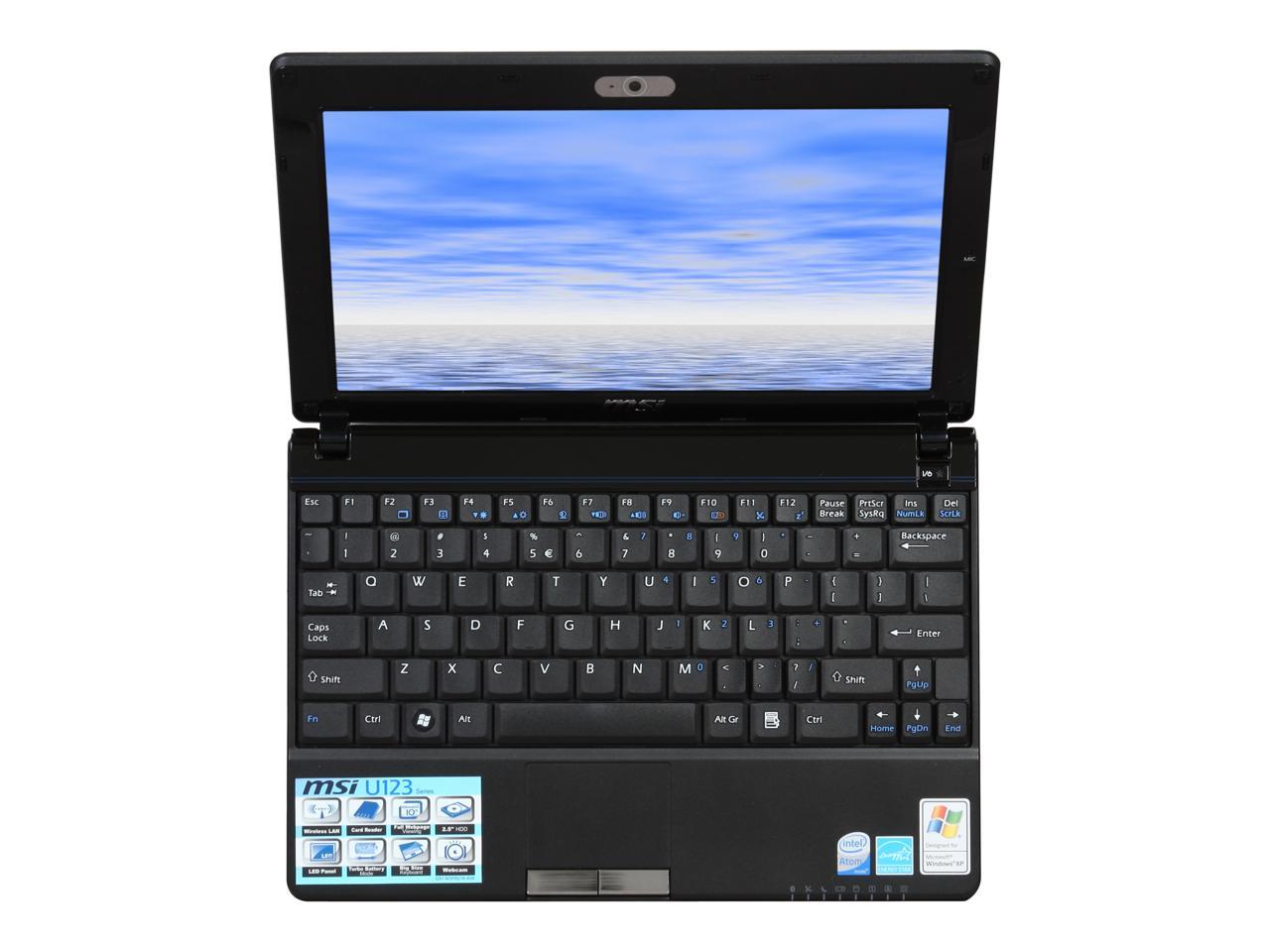 Pros: First netbook, but I'd read many reviews and waited patiently for the U123 to come to the US market. Now that I have it... I've found it to be worth the wait.

Overall Review: First: Upgrading the RAM/HDD does NOT void the warranty. If in doubt, do as I did. Visit the MSI website and send an e-mail to their tech support. I received a polite and timely response to mine, stating that upgrading the RAM doesn't void the warranty. And it's nice to have that info on 'paper'. The reason some reviewers believe otherwise, is that upgrading the RAM requires removal of the laptop's base, which is held on by 10 screws, one of which is covered by a 'warranty void if tampered' sticker. I'm not sure why MSI continues to use this sticker. They did on the U100 also. Second: The RAM specs aren't correct. As of 14 May 2009, both the MSI website and Newegg's list the RAM as DDR2 500. It's not. Mine came with a 1GB DDR2 800 Transcend SO-DIMM. There's only one SO-DIMM slot, so upgrading requires purchase of a 2GB module. I've opted for Newegg item number N82E16820208407. Third: Installing the synaptics touchpad driver will enable touchpad scrolling.

Pros: Very high cross platform compatibility. It comes with Windows XP SP3 and the default install performs well. Ubuntu Linux works out of the box, but as there's no optical drive, I had to use a USB stick for the install. There is also a significant commmunity building up around this laptop as it can run hacked copies of Mac OSX, but I haven't tried that. The keyboard is pretty good for a netbook, and I've been touch typing this review without any problems. The only minor gripe about the keyboard is that the Fn and left Ctrl keys are swapped compared to most laptops. Battery life is great, and MSI even gives you a function key combo to underclock the processor to extend it further. Wifi reception is also much better than my previous laptop's. The 1024x600 matte screen can be plenty bright and has a decent viewing angle for a matte. 160GB hard drive gives you much more space than comparable netbooks using SSDs. The netbook runs cool compared to most other laptops.

Cons: Speakers are very poor sound quality, and this is made worse as they point downward rather than forward. The sound chip (Realtek HD Audio) is not bad, though, so if you have good headphones you'll still get a decent sound. Also, it seems my U123 has no bluetooth, though I haven't played around with that yet. If you live in the US, opening the case to upgrade RAM or HDD will void the warranty (There's a warranty sticker over one of the screws). It's a little back-heavy due to the 6-cell battery, which means that it's a little bit inconvenient to hold on your lap, but this is a minor issue.

Overall Review: The U123 comes with one SODIMM slot, filled with a 1GB module, which is different from the U100 (1GB soldered on + empty slot) and U120 (1GB soldered on + no slots). You could probably upgrade it to 2GB by replacing the onboard module with a 2GB SODIMM. Otherwise, it's very similar to previous modules, boasting the U120's case and a slightly faster processor. However, the current U123 BIOS doesn't have the "Turbo" overclocking feature of the U100 beta BIOS, which allowed up to a 24% overclock with a function key when on AC power, just like the battery saving underclock. The touchpad doesn't scroll in Windows out of the box, but will scroll just fine after you download a driver from synaptics.com. MSI lists both Realtek and Azurewave wifi chipsets and is known to use both Synaptics and Sentelic touchpads. I got the Realtek wifi and Synaptics touchpad. I haven't tried the webcam and mic yet.

Pros: I was worried about the keyboard and touch pad but they are superb. Screen is excellent. Sound is good enough for me. I didn't expect it to sound like a pair of desktop speakers though. Not a lot of bloatware installed by MSI. XP runs very smooth w/ the default hardware config. I will probably replace the RAM in a few months but with 1GB it runs just fine. I plan to use this for taking notes in class, surfing the web, and listening to MP3s. So far it has done all of those things extremely well for a very good price. Tested the web cam and it worked well. I've never used a web cam before though so maybe I'm a bad judge. WiFi is excellent Runs cool (temp) Battery life is good. Got 6 hours out of it after first charge. I was installing Windows updates. Rebooted several times, listened to music, and surfed.

Pros: Compact and light, fairly fast and large hd. I can toss it in my bicycle bag in it nice carry case. Surfs the web great, Facebook, News, Basic games & Streaming movies. Added the 2 gig memory module as per other reviews even though it seems fine with just 1 gig. I love having a wireless computer now to take anywhere.

Cons: Speakers are not great and I found using the touch pad annoying but workable (never used one before). I bought the 'deal' package with usb mouse and headphones which was a great buy! Sound is much better with even cheap earbuds.

Overall Review: When removing back cover for memory, be careful and start after battery is off. Work your way around watching the Audio ports at the end ( last side to remove becasue of hook placement). This is my first netbook/ laptop and I am pleased. Like I said, I never used a touch pad before so mouse was better option for me. Battery seems fine and has no 'memory' so I can plug it in whenever. It is recommended you discharge the battery at least once a month.

Pros: Excellent, bright screen, decent-sized keyboard easy to touch-type on, responsive touchpad works about as well as any I've had on my brand name laptops. Quiet and light, a delight to transport after my 15" screen laptops. Solid startup times and solid speed in handling various web browsing, OpenOffice, and iTunes activities. The fact that I'll be able to easily run Ubuntu on it after XP support is stopped is a plus.

Cons: Basically just that the value is only average - it is a good machine but I thought the price was kind of high or it should have come with 2 GB of memory at the $350 price. The audio is tinny and cheap, as expected and as appropriate, but I use headphones for music and video, and things sound fine with them. The accompanying pouch doesn't have a shoulder strap - that would be a major convenience that could be provided for very low cost, I'd imagine. Possible red flag - when I press some FN + F# keys such as screen dim or screen brighten, the volume icon appears and is half off the lower right screen. The volume icon appears normally when I press the volume up/down function keys.

Overall Review: Overall, meets expectations and quite satisfied, though reliability over time is the great unknown. I recommended this to my sister and she just got one for her husband. They love it, as I do mine.

Pros: Small and light enough to carry anywhere. Fast enough to do what a net book is designed to do. No bloatware. Quiet fan. Anti glare screen. 5 hour battery. Runs cool. Runs well with just 1 GB memory. Good sound through earphones or through HTPC. Priced right.

Cons: Very poor speakers. Poor volume. Have to forfeit 1GB memory if upgrade to 2GB. Stickers all over hand rest area. If they have to put these things on, why not on the bottom.

Overall Review: I use this to feed Internet movies into my large screen HDTV, so I wish it had an HDMI output, but the PC monitor out works OK. For a device that has easier data input than a palm device, but less size and weight than a laptop, this unit fills the bill.

Pros: This is my first netbook, and I am very happy with it. I have been using it for several weeks. I picked this one mainly because other reviews said it worked well with Ubuntu Netbook Remix. I installed Ubuntu and everything worked great. In fact, It worked so well I decided to re-install Ubuntu and remove Windows completely. I was not expecting this much performance from a netbook. I added the 2 gig memory (N82E16820208407) right when I received it.

Cons: You can't hear much from the speakers. -- not a big deal to me. Head phones work good. Mouse buttons are a little hard to press down, but seem to be getting easier over time, or maybe I am just getting used to them.

Overall Review: Had a friend who saw it and he ordered one also.

Pros: Lightweight and portable! Great overall performance. Easy to upgrade memory, hard drive, and wifi. I upgraded to 2 GB of memory. The one that comes in it is 800 mhz but the motherboard runs it at 667. Not too much preloaded software on the machine and XP boots up very quickly. The wifi card has great range and speed. Keyboard is very easy to get used to (aside from the comma, period, and forward slash keys).

Cons: Comes with 2 partitions, one being a 40 GB for the OS and the other free space. I prefer one partition so I just repartitioned it. The only other thing that I'm still getting used to is the comma, period, and forward slash keys are just slightly smaller so I have to give those more thought when hitting it. The fan can get a little louder then I like, but the machine never gets hot sitting on my lap so the fan is doing its job.

Overall Review: This is my first netbook and I absolutely love it. I've even come to use it more then my desktop (with a quad core cpu) for internet browsing and even creating pdf documents through acrobat professional. I'm very impressed with it's performance, although since it's my first netbook, I have nothing else to compare it to.