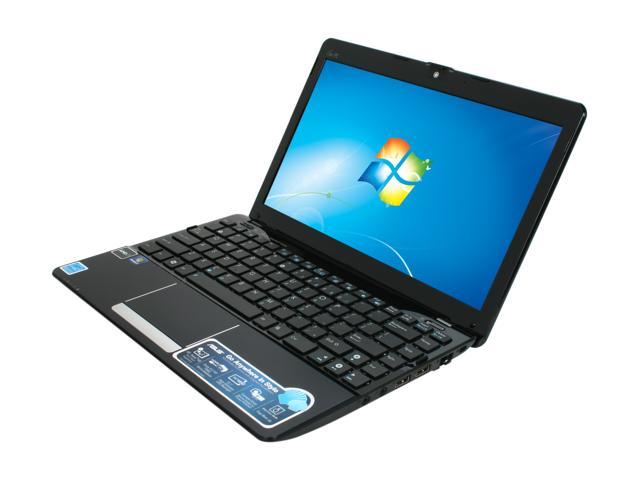 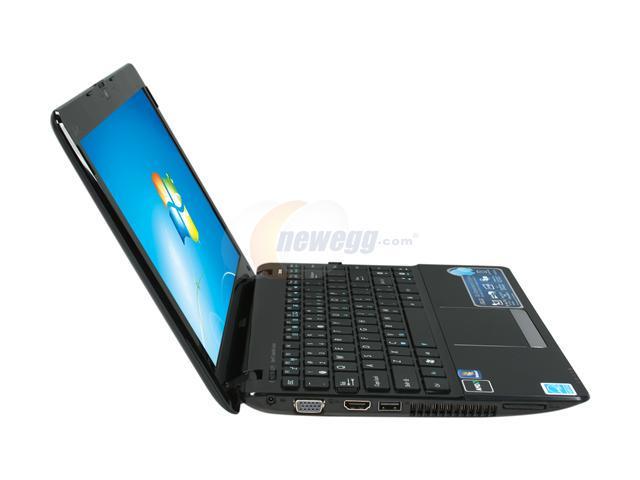 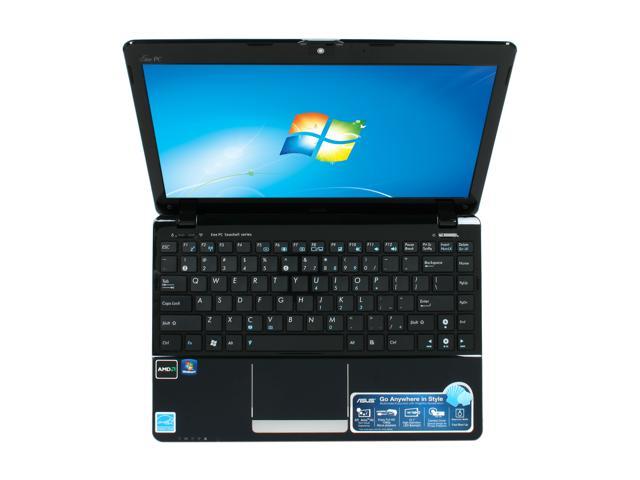 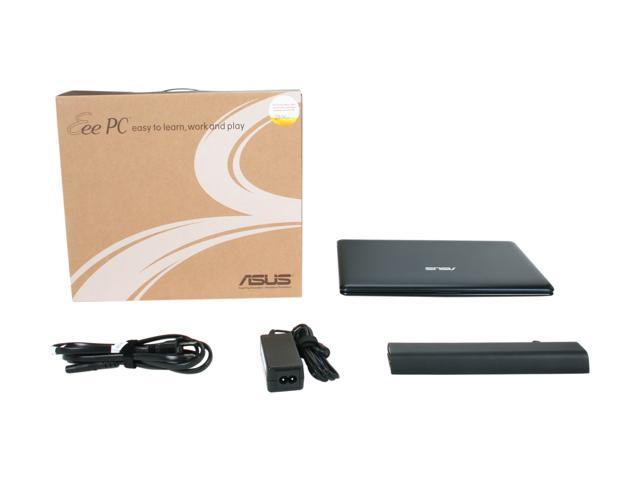 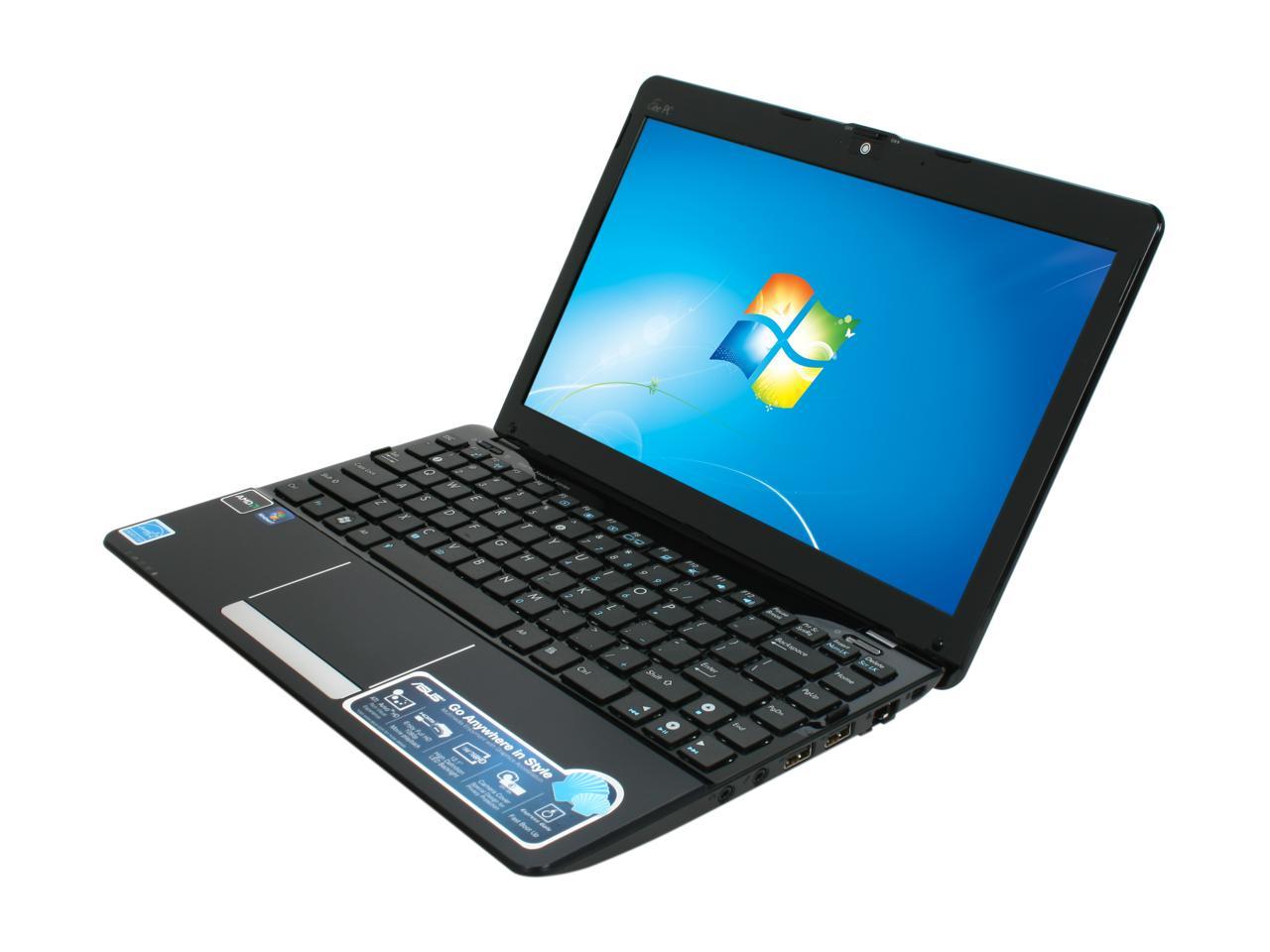 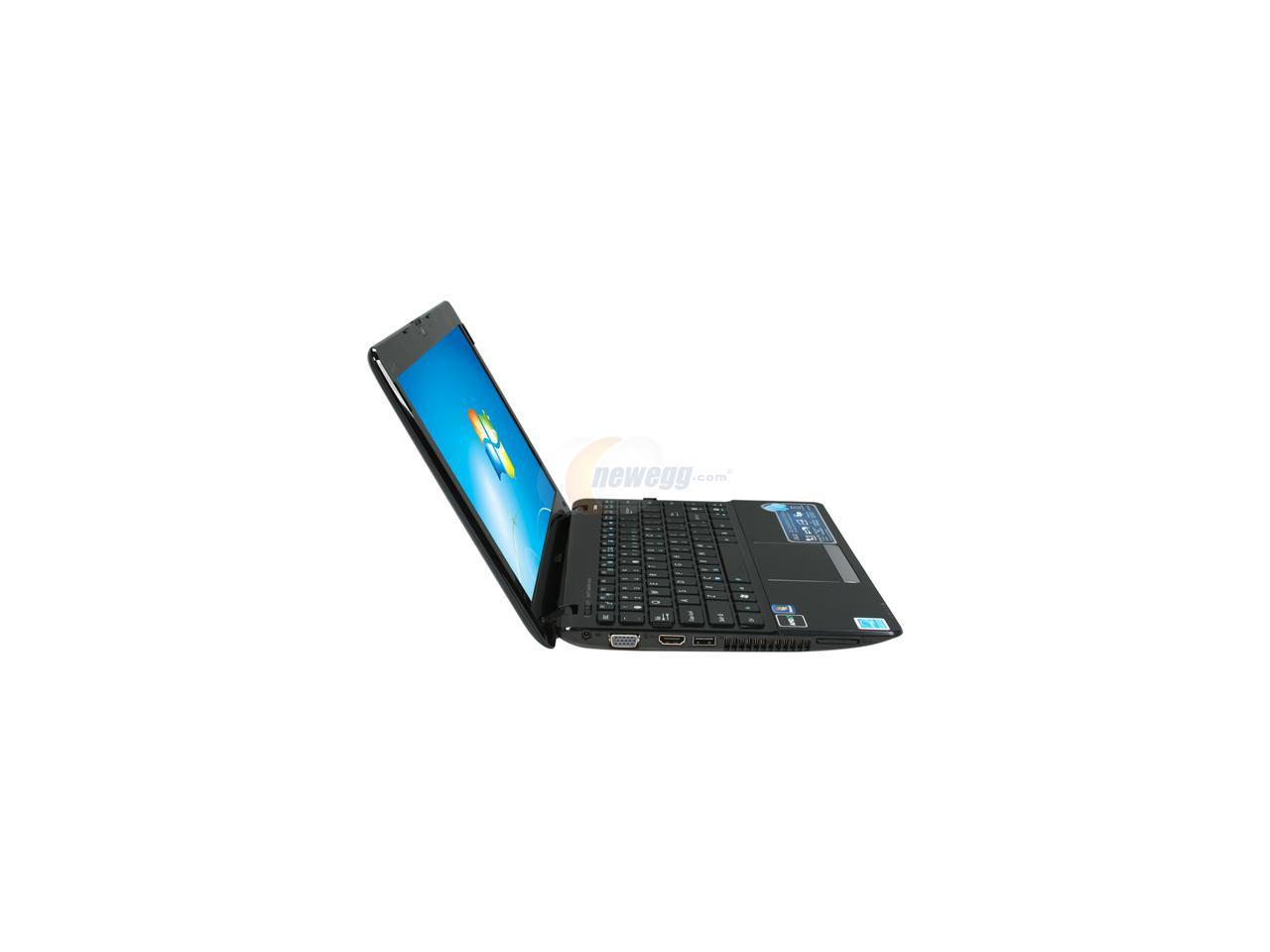 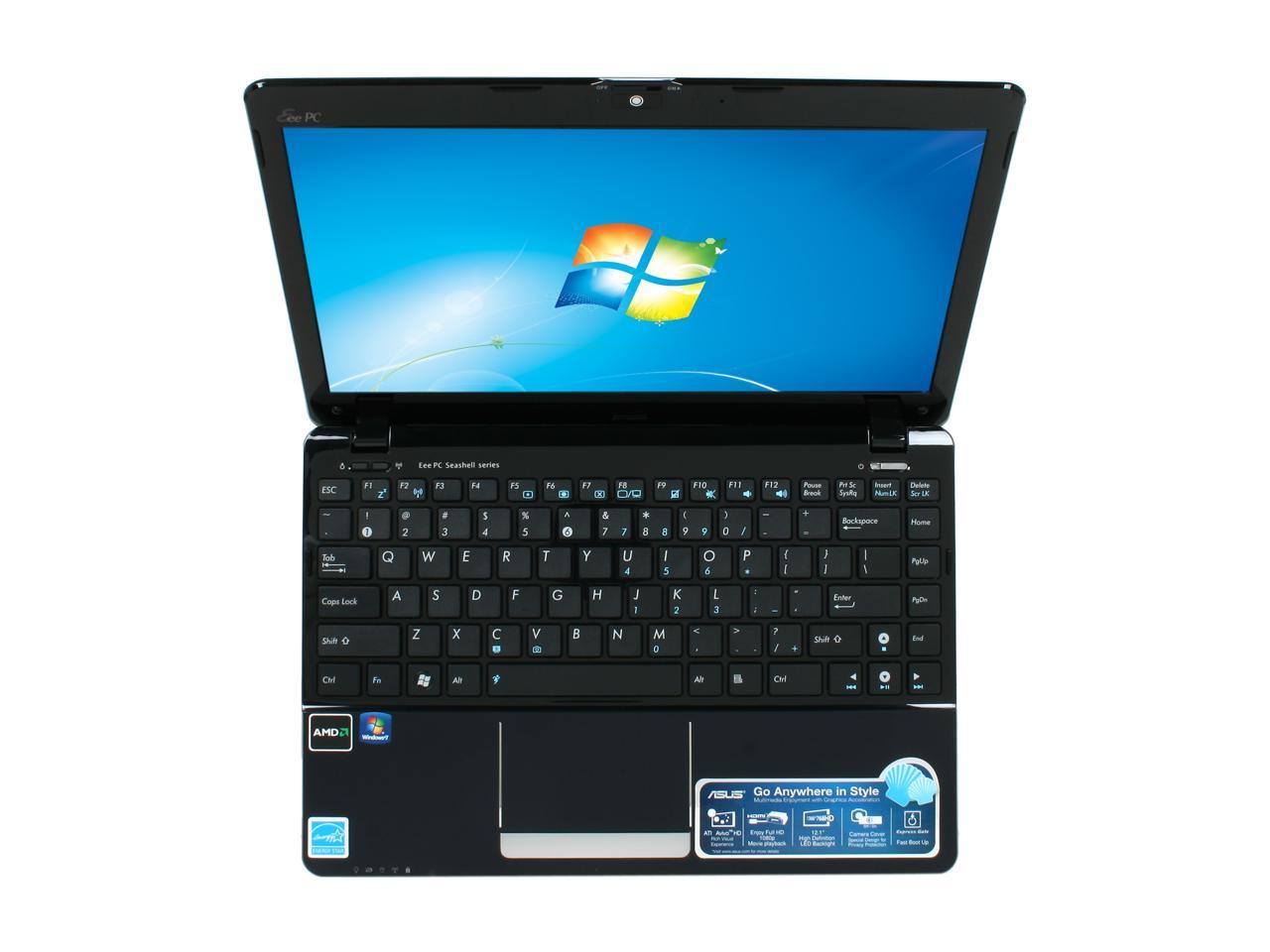 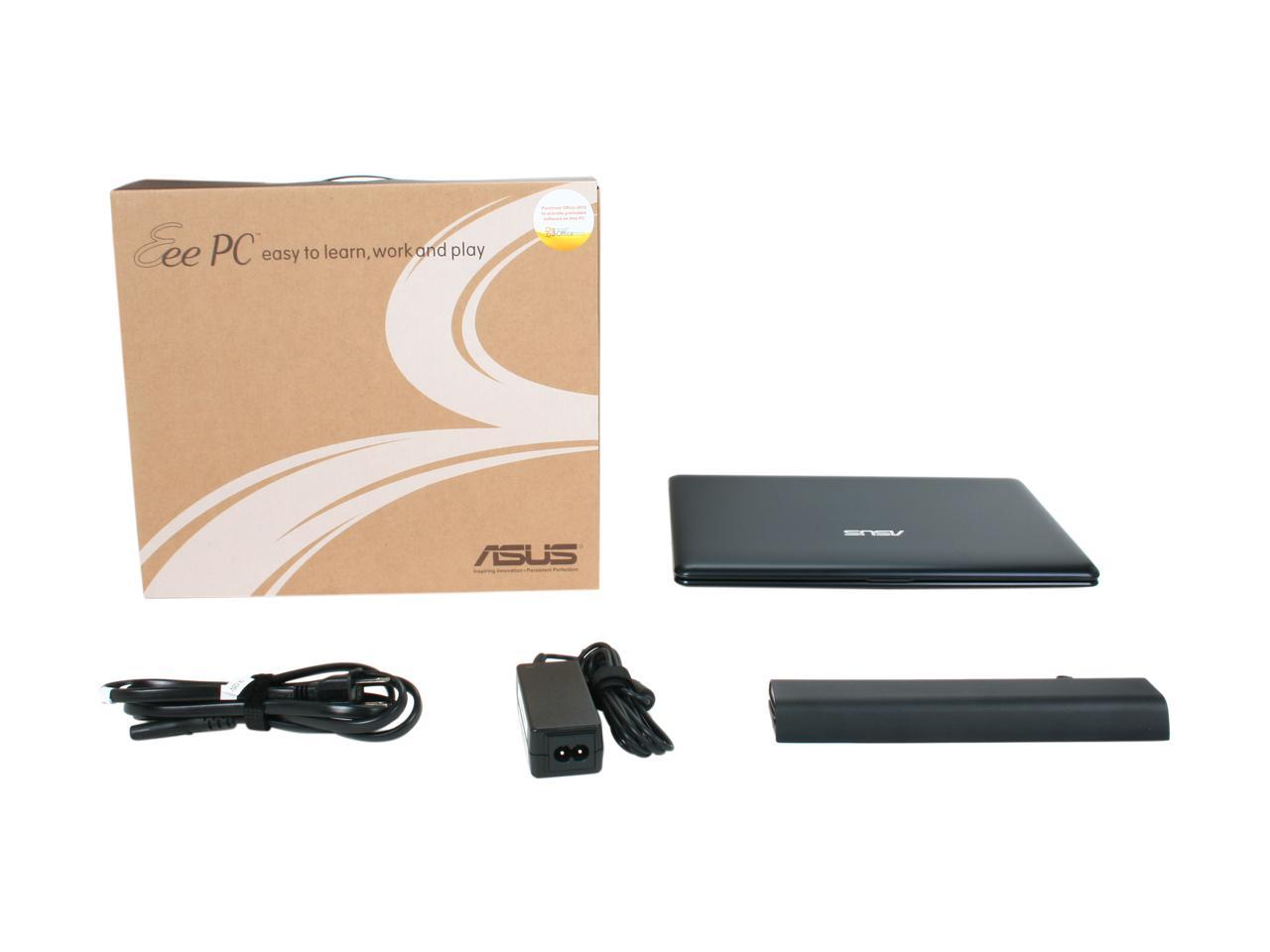 (21) Write a Review
OUT OF STOCK.
Overview
Specs
Reviews
The Eee PC 1215T defies the notion of netbooks being designed just to cater to basic computing needs, with its impressive multimedia performance and modern features. The 1215T packs the AMD Athlon K125 1.7GHz processor, specifically designed for thin and light computing needs, as well as the latest AMD 'Nile' platform with an integrated AMD Mobility Radeon HD 4250 class graphics processor to deliver a netbook with excellent multimedia performance capabilities.

Cons: - Loaded with Bloatware. - Finger print magnet. - Hard drive access clicking. - 1080p playback. When I was first searching for a netbook, I saw newegg.com posted that this netbook can do 1080p playback. I knew it was too good to be true. 720p plays well though.

Overall Review: I've written up an in-depth review of my experiences on my website, search for MatheusDebull 1215T on google if you feel like reading it.

Pros: 1. The ATI Radeon Graphics Card (4250) would allow me to have no problem streaming MLB games and Netflix videos. 2. Windows 7 Home Premium (instead of starter) was loaded on the unit. 3. 2GB of DDR3 Ram 4. Strong Wireless (B/G/N) Atheros Adapter. 5. The AMD Neo Chip (1.7GHZ) was much faster than the Intel ION Processer. 6. HDMI port to hook up to my Sony Bravia HDTV. 7. 3 USB Ports 8. Only 3.21 pounds. I've owned this so-called netbook for 3 days and it is almost as fast as my 2 other laptops (desktop replacements), which cost 3 times more than this unit.

Cons: 1.There was some bloatware on this unit, which I had to research to find out what function it performed before I removed it. 2. It was difficult for me to vertically scroll down. I resolved this by going into the settings on the Synaptics Pointing Device - Wheel - Roll the Wheel one notch to scroll - and changed it to one screen at a time. This made vertical scrolling much easier. 3. The battery only began charging after it fell below 95%. No big deal I suppose.

Overall Review: I wanted a light, ultraportable notebook that I could carry around with me on my summer trips, but I did not want to sacrifice poor performance or pay a lot of money for this. Web browsing is fast. The price was right here and so far performance has been very good.

Pros: Everything a netbook should be, and more! +Lightweight +Styling, sleek +Great chiclet keyboard +Sizable touchpad +Brilliant screen +Whisper quiet +Delightful to use I spent weeks researching between this and several other netbooks, specifically the ASUS 1215N (with the newest generation Intel Atom). My greatest concern was the processor... but, after having used this extensively for the past few days, I'm pleased to say that this little machine is VERY capable of handling 95% of day-to-day tasks. I'm fairly positive that 1215N isn't worth the $100 price difference. I found that every netbook I tested with a 10" screen was just too small for me. 12.1" on this beauty allows for so much more keyboard room. 1080 playback is awesome, too...

Cons: While the outer casing is a nice matte finish, the plastic around the keyboard and screen is glossy, and quickly becomes dirty with dust and eyelashes if you're not quick to clean it. The system comes preloaded with a fair amount of bloatware. Easy enough to uninstall, or just reinstall windows for a nice, clean start.

Overall Review: All in all, an AWESOME machine. I would highly recommend for students on the go, like myself, or anyone looking for a smaller but equally as functional to-go laptop. I could not be more pleased.

Pros: Inexpensive, Good sized keyboard for my size 7 1/2 hands, 1 2" screen a must, good battery life 4 1/2 hours. This is my first laptop of any kind. I like its portability, ease of use. It is fast enough to send high quality netflix films to my big screen. It is very quiet and works almost everywhere. I only need my desktop for movie and photo editing now.

Cons: I don't like all the ASUS software on it. I will eventually remove most of it.

Overall Review: I don't know why anyone would want the 10"screen. That is too small to get much of anything done.

Pros: The computer itself is absolutely what I wanted. Smaller than a typical laptop, but not overly small. It has enough power to actually run World of Warcraft, when I am on trips out of town. Perfect for my needs of a laptop that is not a desktop replacement, but battery needs are not a top concern.

Cons: I wanted to make this system a dual boot W7/Ubuntu machine. I made a mistake though, and overwrote my windows install when I installed Ubuntu. My fault, and I do not place blame on anyone but myself for this. Where I do have issue though, is that I opened a support ticket with Asus, just to see if there was a way to recover my Asus windows install, either from the recovery partition, or through other means, and have received no response from Asus a week after my inquiry. I was prepared to be told that I would have to buy another windows license because it was my mistake that caused the problem, but it definitely annoys me that they cannot respond at all to my support request.

Overall Review: This system is great, what little I did have a chance to play around with the windows OS showed it to be plenty responsive, and, as I said, it played WOW. It seems sturdy enough. Obviously its not going to take much of a beating, but you wouldn't expect that from a $400 dollar laptop constructed of a plastic exterior. Bottom line, if you don't ever do anything stupid, or don't care if a company doesn't respond even several days after their own 48 hour timeline to a support ticket, this procuct is certainly worth 5 eggs.

Cons: - keyboard is kind of mushy feeling not really bad though. - not the greatest construction - Is constantly buzzing and pretty dam loud when doing mundane tasks. If somehow it shuts up it would be close to perfect - battery life isnt great possibly wait for the next gen neo's to see an improvement.

Pros: It worked well until it would not display a BIOS message and the hard drive starting making the click of death sound.

Cons: I would rate this laptop higher except that it lasted only a little over two and half years. It was a gift to my mother and the laptop never left her house, so it was not bumped around nor subjected to extreme enviroments.

Overall Review: I am shopping for a replacement, but I doubt it will be an Asus laptop.

Pros: Got this for my mother who has never used a computer before. She loves it and is amazed with everything. She was able to learn many things quickly but needed a few tips and help when she first got it.

Cons: Never actually used it personally but my mom has never complained...