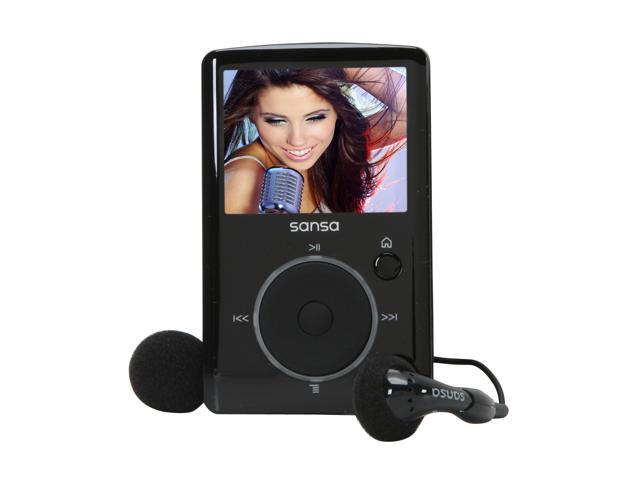 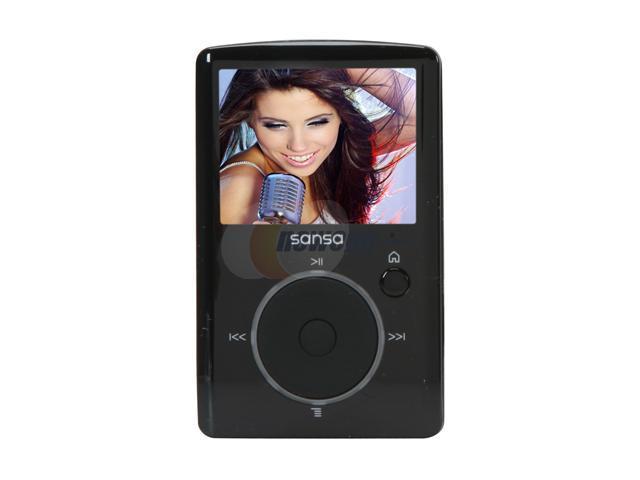 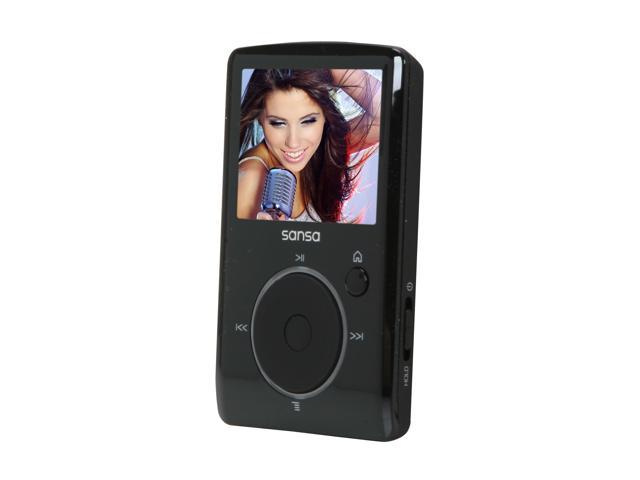 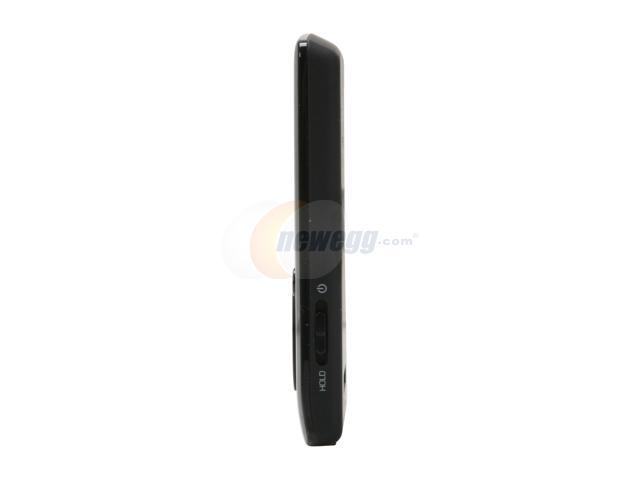 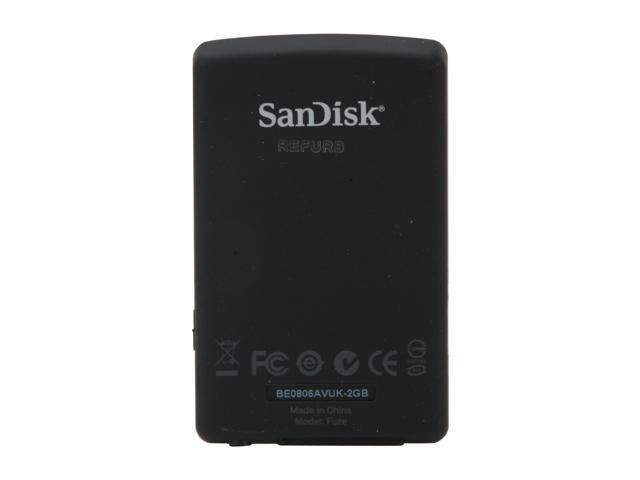 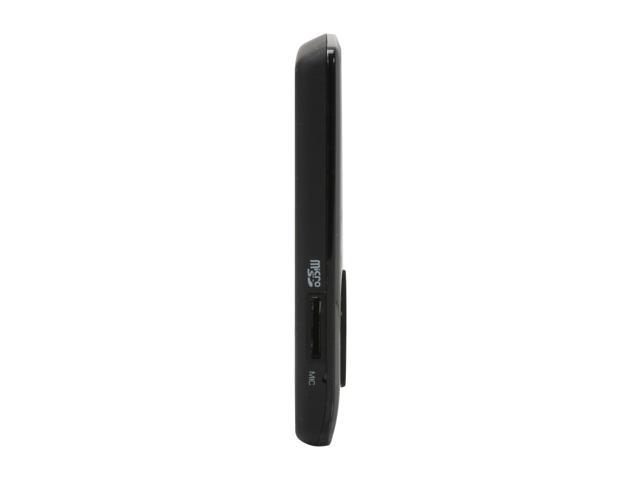 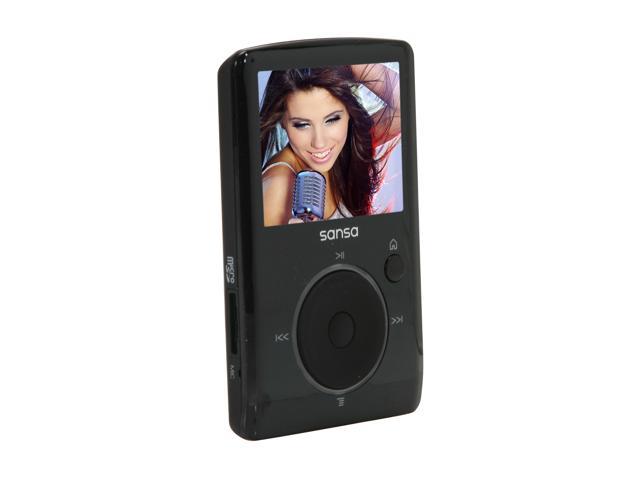 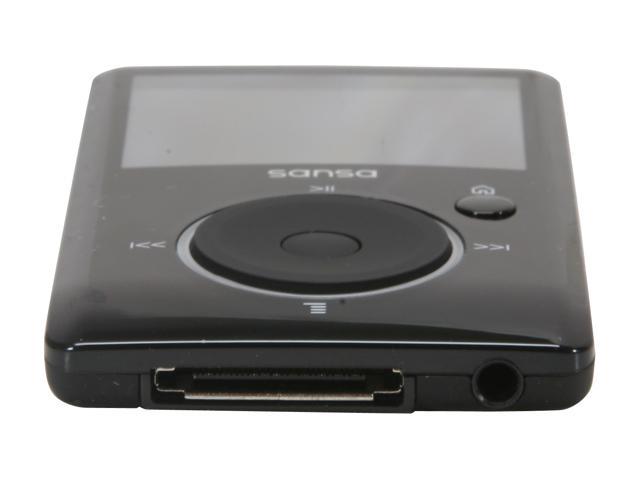 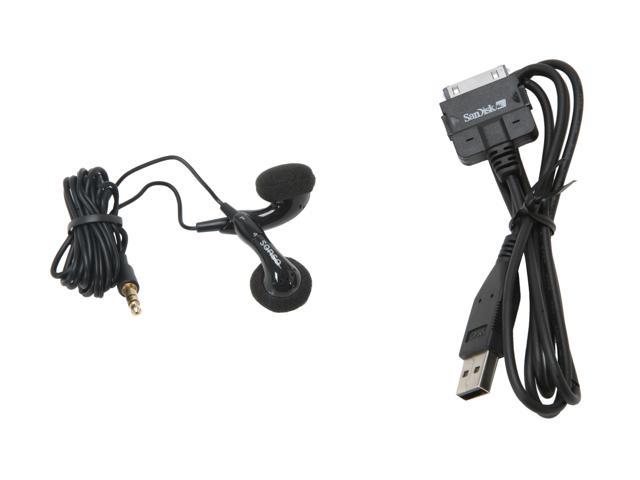 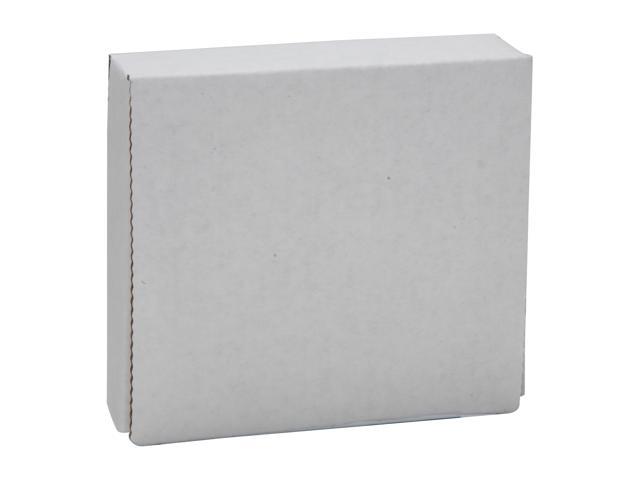 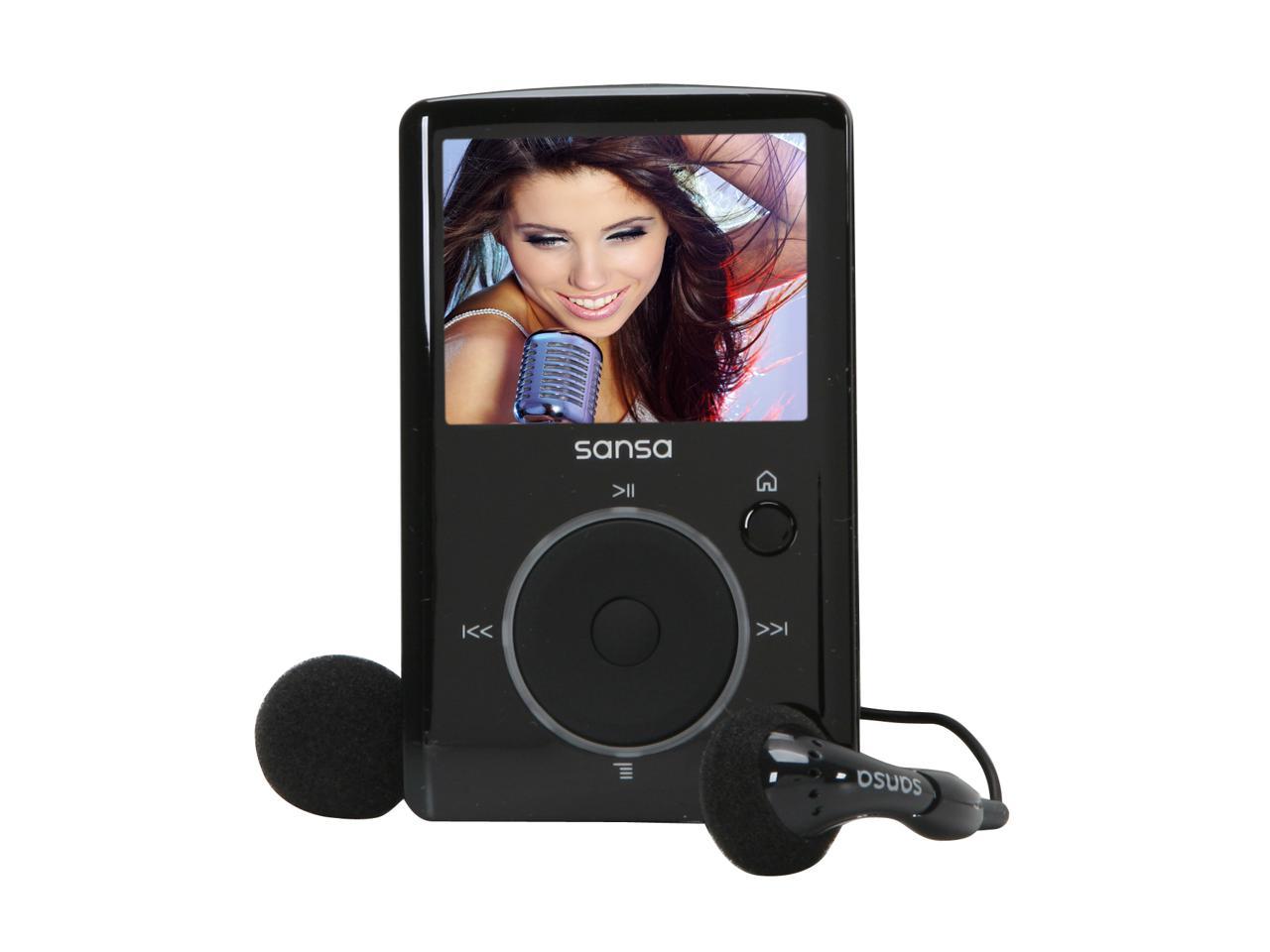 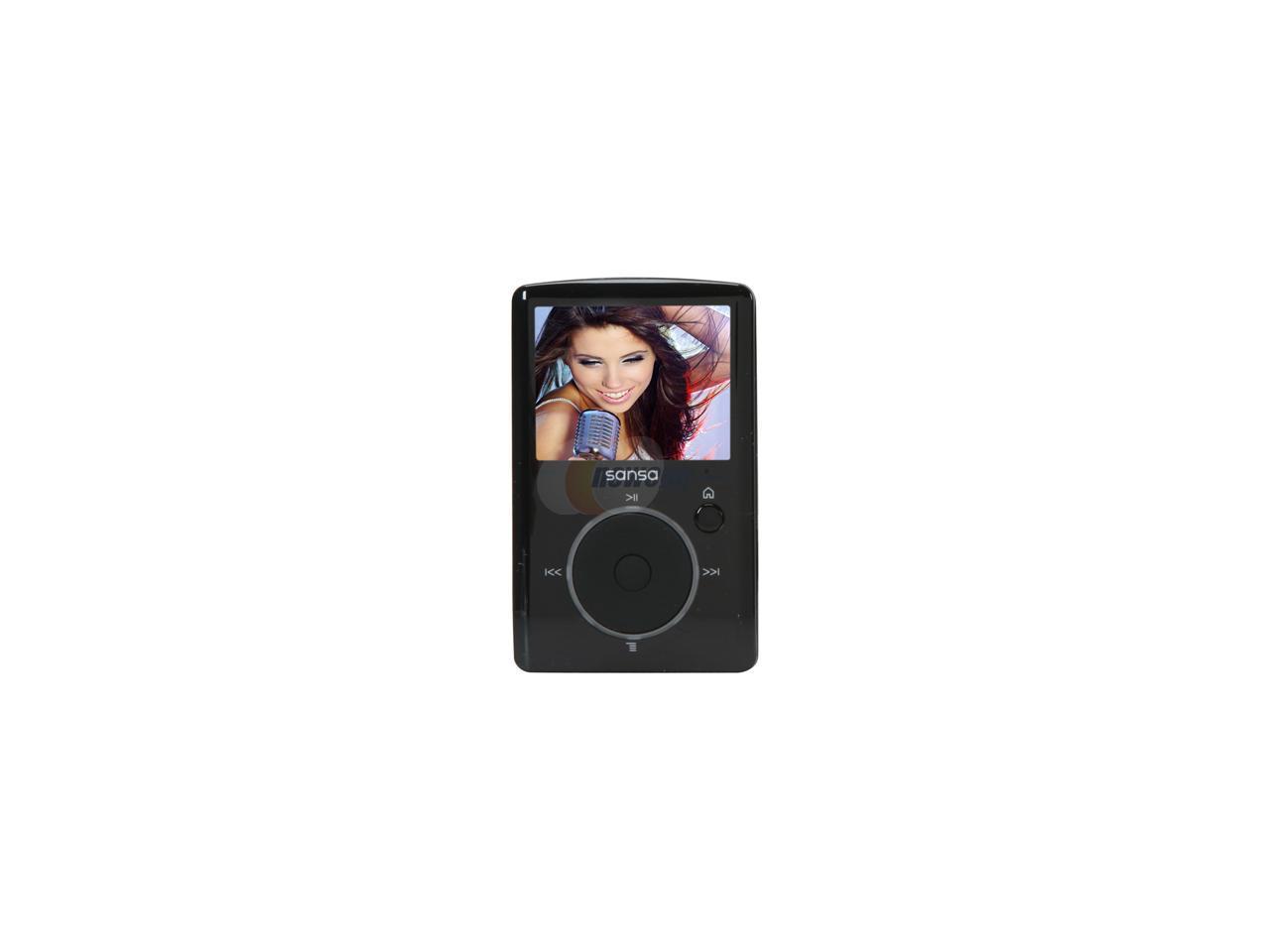 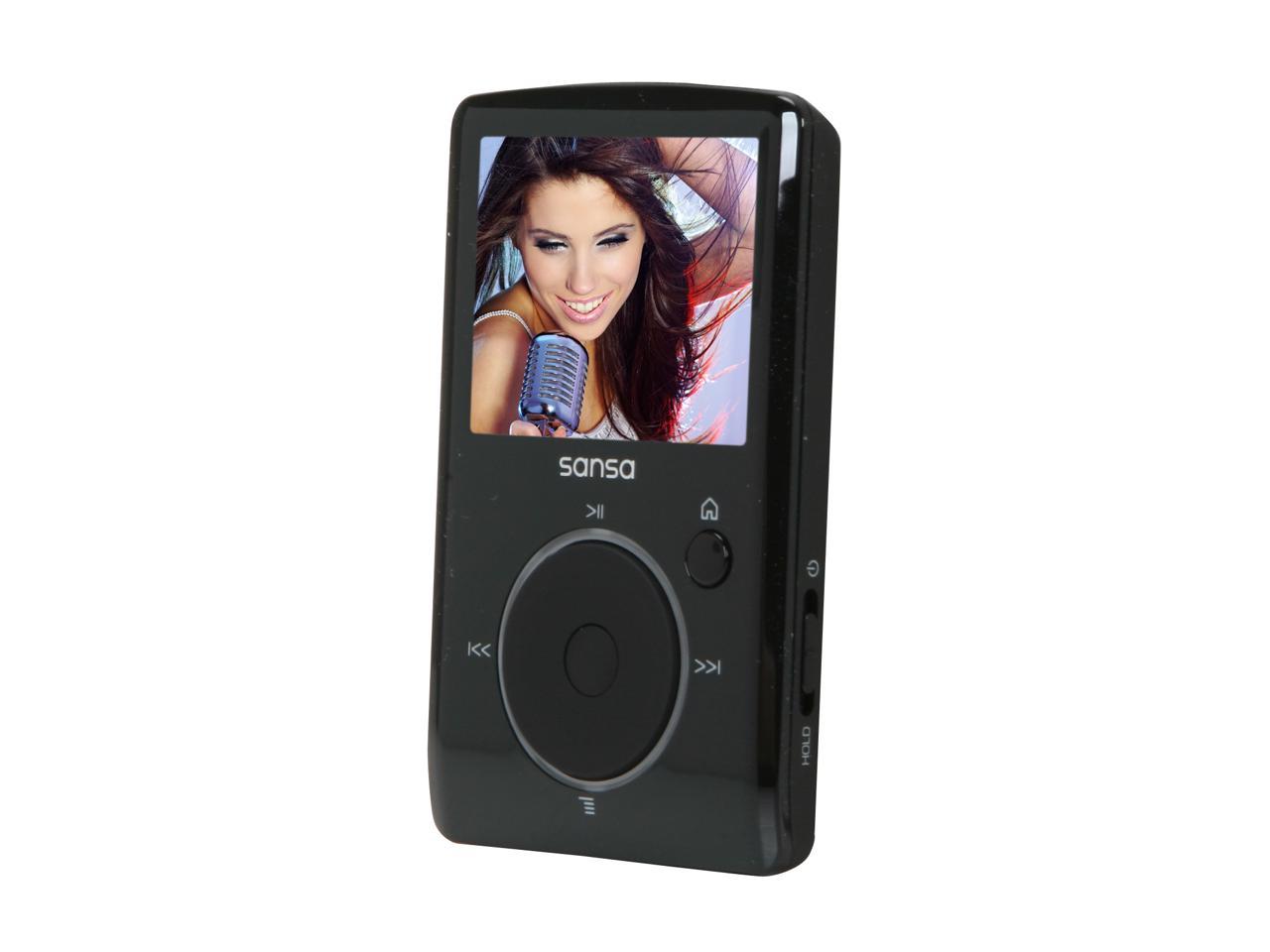 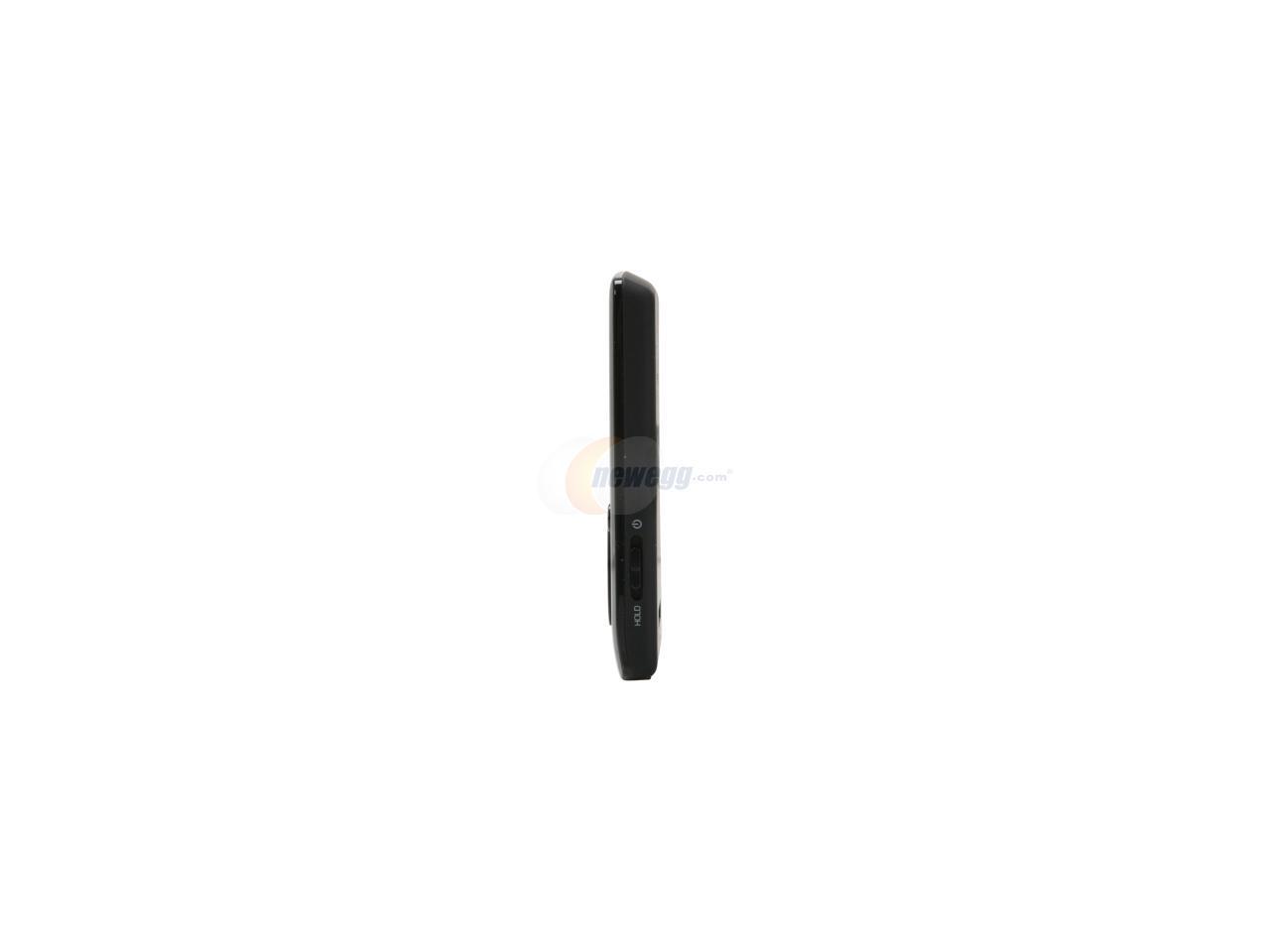 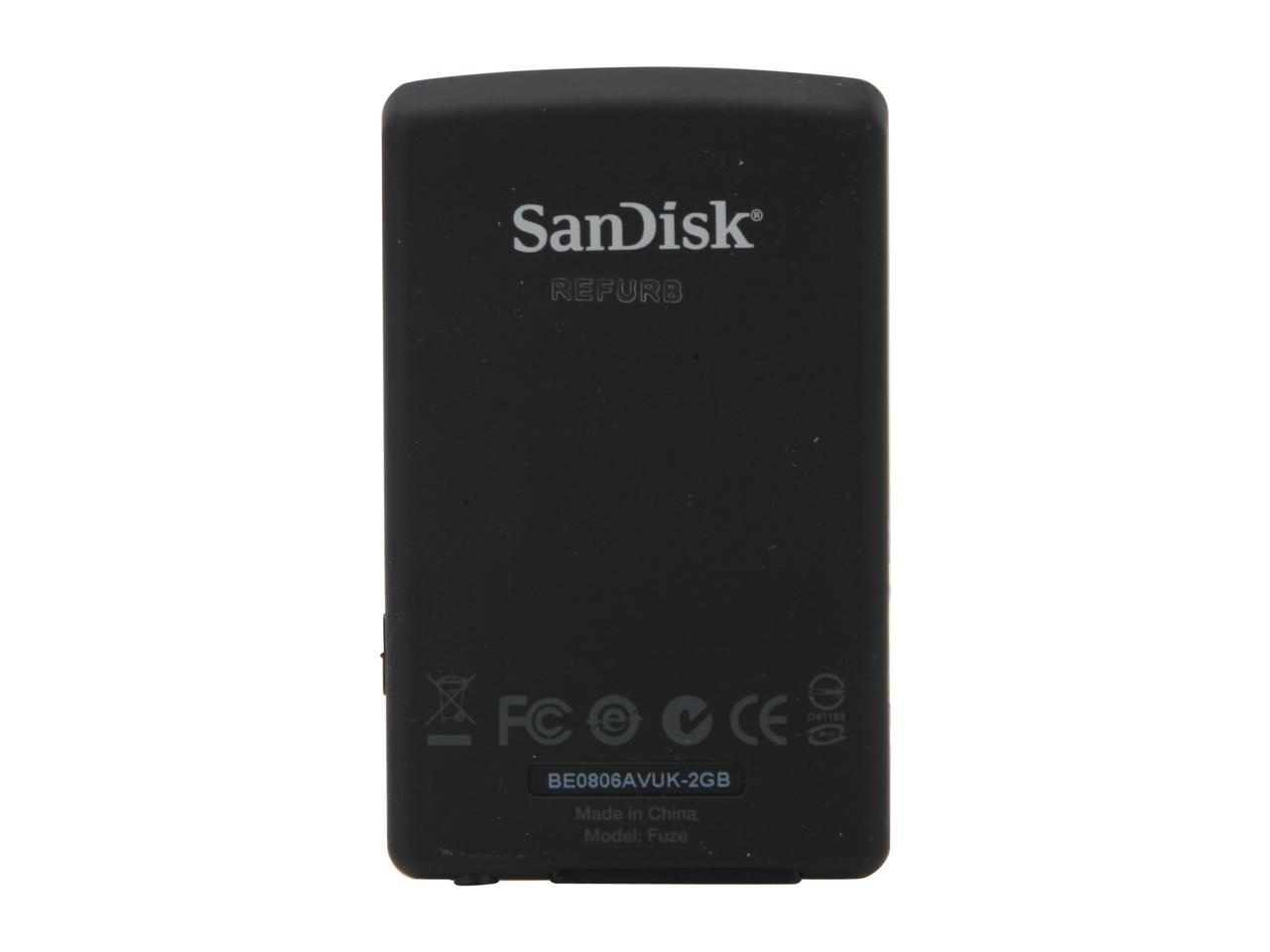 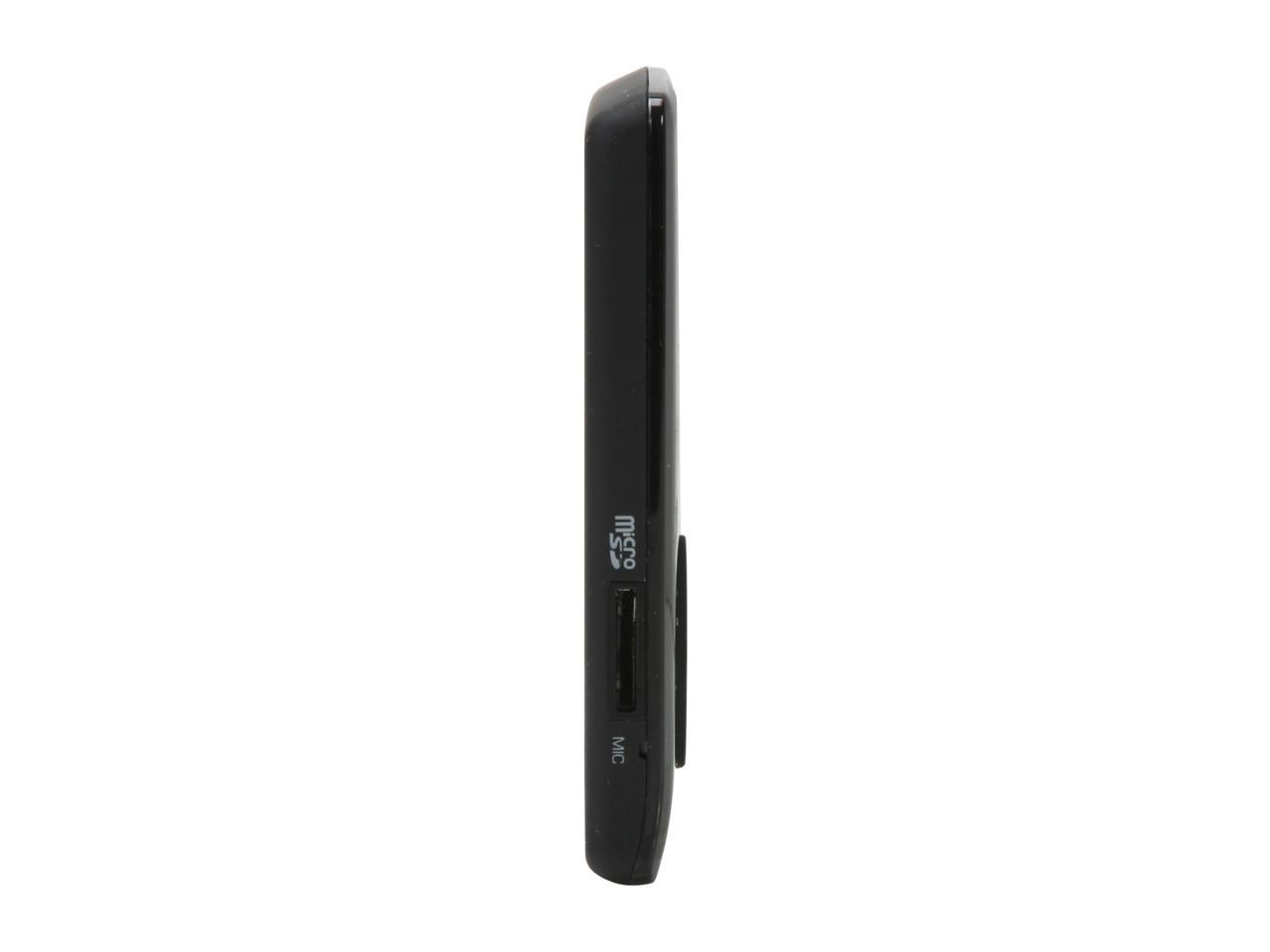 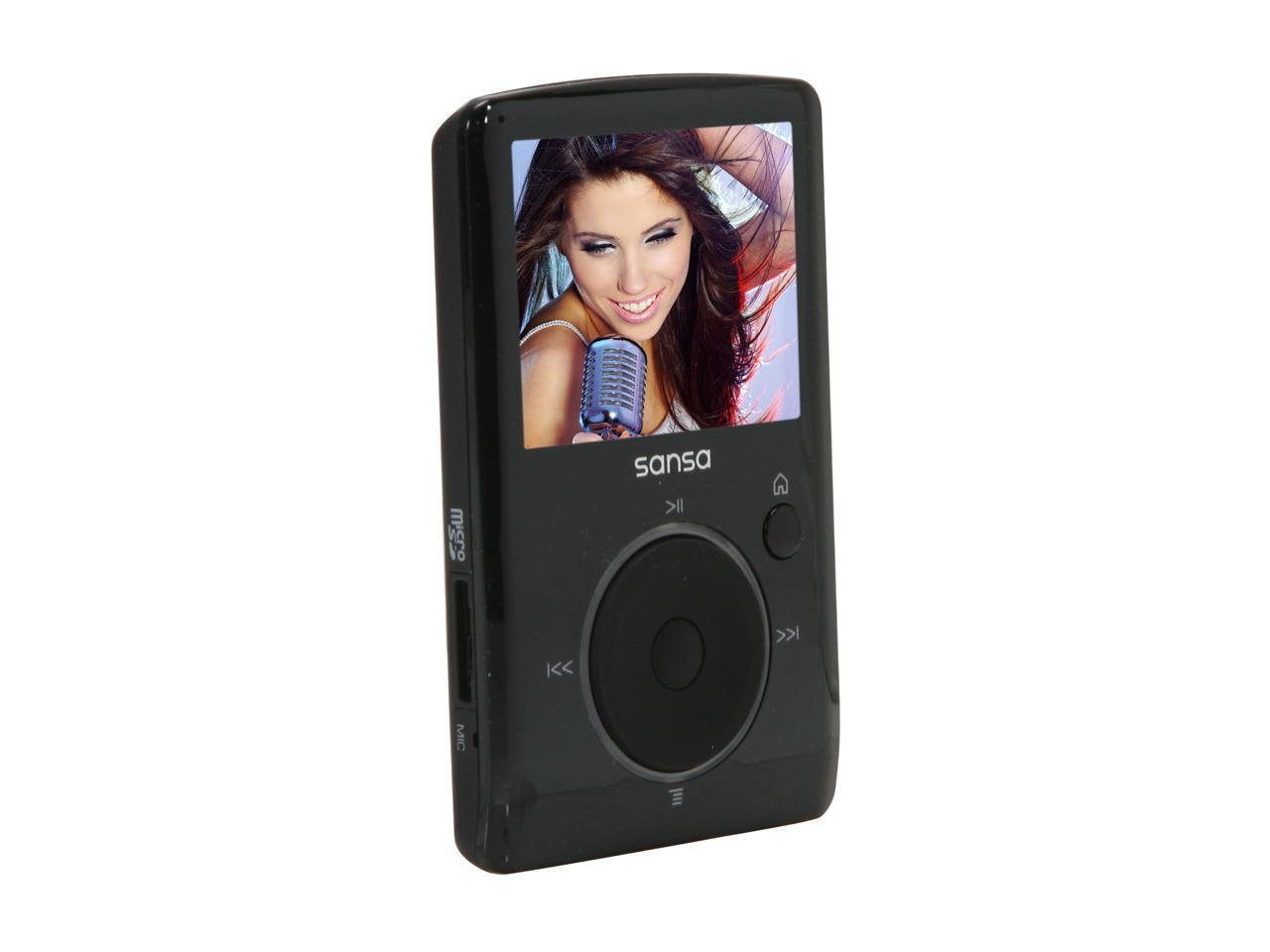 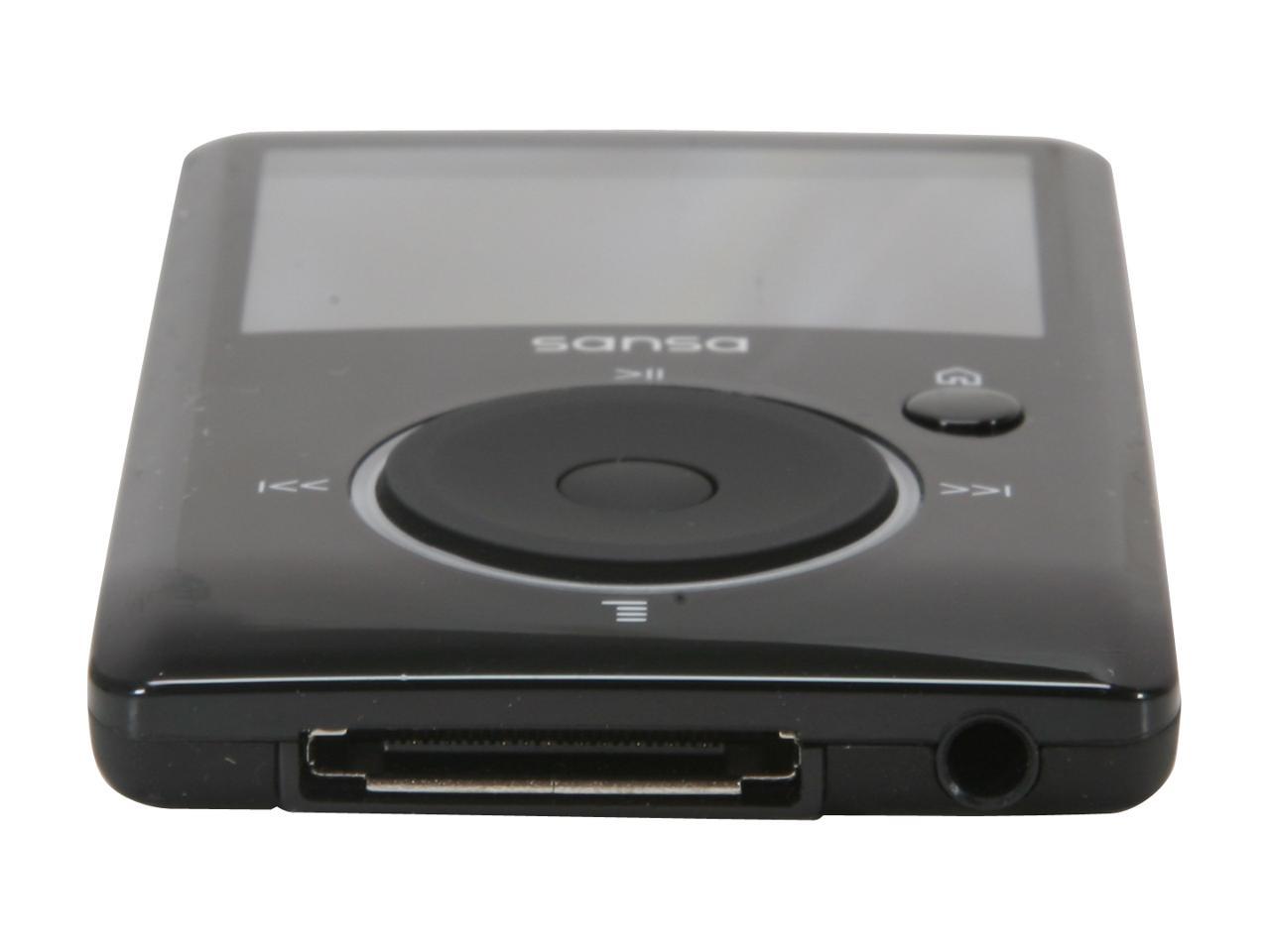 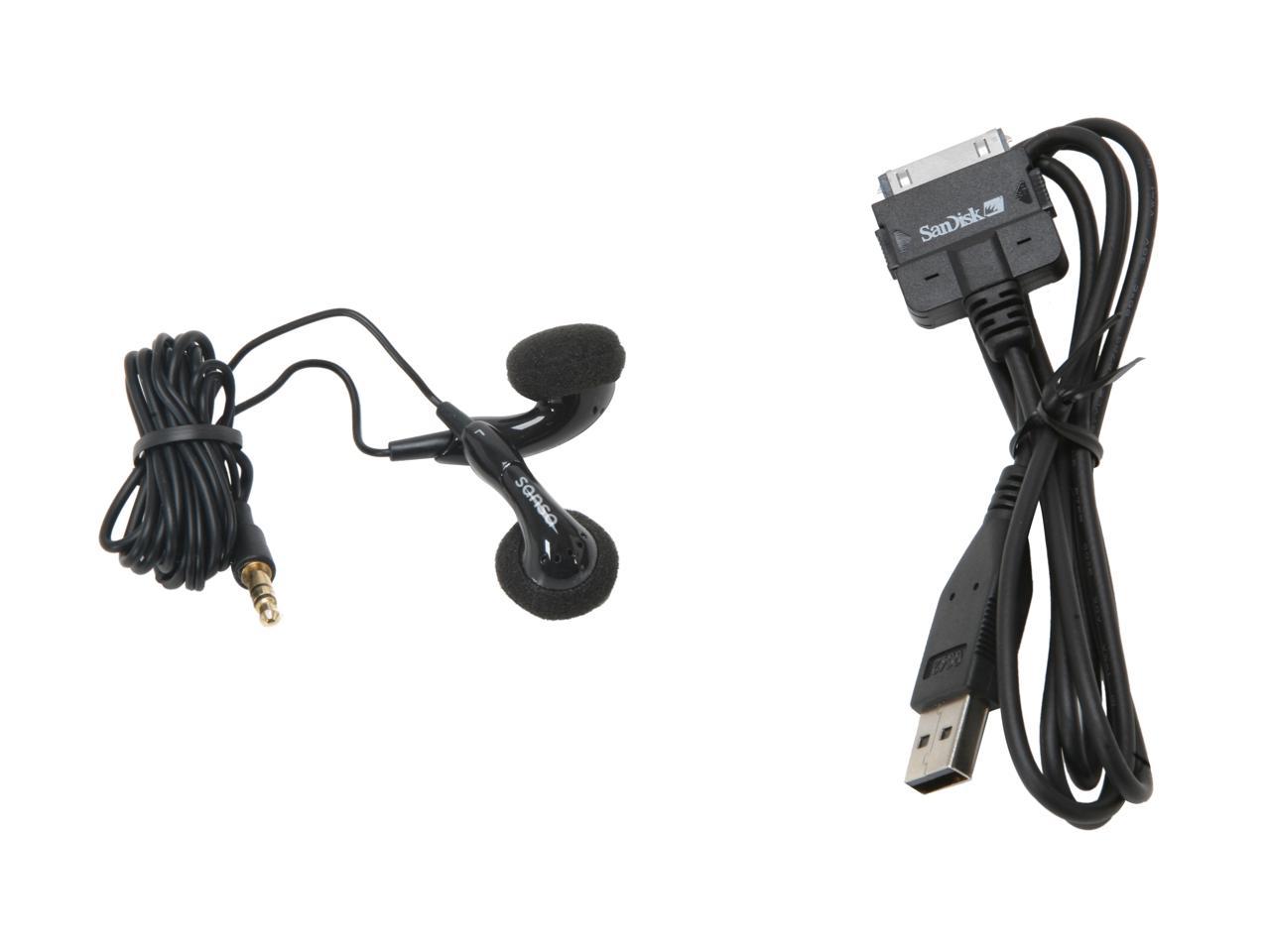 This means the product was tested and repaired as required to meet the standards of the refurbisher, which may or may not be the original manufacturer. Any exceptions to the condition of the item outside the manufacturer’s information should be provided in the listing, up to and including warranty details.
(76) Write a Review
OUT OF STOCK.
Specs
Reviews

Overall Review: Bought this refurb about 8 months ago. Overall a great unit, purchased some cheap silicone cases off flea bay for a song, recommended for protection. It has frozen a few times, and the other day it literally quit working completely for the day. Never did figure out why, but that evening I plugged it into my home pc and it fired back up. For this price, I couldn't justify dinging it a star for such infrequent inconveniences. I use it daily in my vehicle and office for music, so it doesn't get much abuse. Bought my son one for X-mas, would purchase again if this one quit. Throw in a 4G or 8G card and you are set.

Cons: Downloading the video-conversion software was a bit of a hassle -- Sandisk website not very clear. Once figured out how, went very smoothly. Need to have unit plugged into computer, as the converted video is loaded directly into unit, not stored on computer hard drive.

Overall Review: Wife and I both have old SanDisk MP3 players. Excellent. Saw this unit on Newegg. SanDisk quality still great! They make 'good stuff.' This is a re-furbished unit -- looks brand new to me. Highly recommend. Dealing with Newegg always a pleasure.

Pros: Great little device, buy one. These can take a beating too. I've had it over a year and dropped it numerous times, still functions flawlessly. Sounds great.

Overall Review: Stop buying apple products when there are superior alternatives such as this one. Bonjour!

Pros: This is a great device. Its small, built sturdy, attractive piano black finish, seamless operation, great easy to navigate menus, sounds terrific with alternate headphones. But even the ones it came with aren't too shabby. More then adequate, in fact. And better then the ones included with ipods. Sync's with a variety of media players, or simply plug in the USB transfer cable and drag and drop music and video. I already have it loaded up with content. Mine is recertified so was a super bargain at $30. Still has an "as new" warranty, however. Battery life is good.

Cons: None, really. Get a case because it catches fingerprints and my screen has a few fine scratches already from some light handling. Didn't come with the little crushed velvet pouch new ones come with. Or the software disc. But that's no big deal. If you have trouble getting album art on or converting video with the software SanDisk offers at their website, use google. Google knows ALL!

Overall Review: Great media device. Small package packs major punch. Oh, and just a tip. To get video on the Fuze and play it right and reliably, get some 3rd party video converter software ( i use WinAVI Video Converter for common formats and WinAVI FLV Converter for youtube videos and such) and run your vid files through them. Then to put them on the Fuze run them through Sansa Media Converter. This way they will be fully functional (FF, Rewind capabilities, etc) once on the Fuze. Easy as cake two step process. And don't forget to update your firmware at the Sansa site. Very easy to do. Just download the file and drag and drop to the player's root directory. Buy this mp3 player, you will not regret it. Get a microSDHC card to expand storage and you've got an ipod killer. Sweet.

Pros: I actually bought two refurbs to give as gifts for hard-to-shop-for brothers this Christmas. Neither have an MP3 player and these players are feature-rich for the price and help keep me within my budget. After putting both players through their paces, they each performed flawlessly. They were both in like-new condition and well packaged with the player, power cable and ear-bud phones. Finally I paid less than what they are being offered for now.

Cons: You don't get the software disc or any of the manuals or trial offers that comes with a new retail version. However everything you need, you can read or download on-line. My wife and son also own Sansa Fuzes and the ear-bud phones are not comfortable, but you can upgrade those for just a few dollars.

Overall Review: As usual, Newegg got my merchandise here very quickly and as promised. I've been buying from Newegg for several years and have experienced only one hiccup which Newegg resolved the issue quickly and fairly. I'm a satisfied customer who will return again. And in this tough economy, I wouldn't be afraid to try another refurb product after this experience.

Pros: The ability to play FLAC as well as expandability with MicroSDHC cards sets this player apart from everything else in its class. FLAC is nearly a requirement for classical and jazz, where MP3s just don't quite cut it, and the Fuze is the only player at this price point to feature FLAC playback. FLACS are larger than MP3s, so an 8GB SDHC card is a perfect companion. I purchased a recertified unit (big savings), it comes with "REFURB" etched on the back. It has performed wonderfully, constantly amazing me with its battery life. I use it primarily for audiobooks, and the separate playing functions for Audiobooks are incredibly useful, as standard music functions (such as changing tracks) are rarely desirable in an audiobook. On other players it is too easy to go back an entire chapter when all I wanted is to rewind because I missed something. Also, audiobooks make it easy to resume playback. The unit is very durable, putting up with my clumsy drops and keys in my pocket with no trouble.

Cons: The Sansa Media Converter software is a bit clunky, but since I haven't had any real trouble using it I would have still given it 5 eggs if it weren't for the following complaint. I have experienced weirdness with the USB connectivity of the Fuze. If I copy files to it in MSC mode, and then go back to MTP, the files are no longer visible from a computer. This is inconvenient because, although MTP works great with Windows Media Player and Winamp, older computers (and Windows computers without the latest Windows Media Player) require MSC. Switching back and forth between these two has resulted in my not being able to copy files when I need to. I have not had trouble with the files being available in the player itself, only when trying to copy files to the device from one computer and then copy them back off to a computer that didn't support MTP. The player is so good at everything else it does, that this is the only thing keeping it from 5 eggs.

Overall Review: Other users have reported that they have broken the headphone jack. This is a common problem with small players, and typically just requires a little extra care when putting it in your pocket. I use the Fuze with a pair of Denon AH-C351 headphones, and the audio fidelity is the best I've ever heard from a portable player and small headphones. Other reviewers have reported the unit freezing, displaying a white screen, some suggesting that the only option is to let the battery drain. This is incorrect. This has happened twice to me, but only after using the USB cable. In both cases, holding the power button for 7-10 seconds caused the device to power off. It powered back on, refreshed the media database, and worked fine. I have been very impressed with the Fuze. I have recommended it to my friends, and just purchased a second one for my girlfriend.

Pros: I would like to say that this can be played from your pc.If its in the proper mode before plugging it in to the usb port.It was sold by newegg always the number 1!!

Overall Review: Had trouble getting it to show as removable storage in my computer nor could i play songs on pc until i went to settings on the sanza then changed the mode from MTP to MSC.

Pros: Got this for my 8 year old because she was always borrowing our iPod Classic. It's tiny but does everything the iPod does and a few extras like voice recorder, FM radio w/recorder and photo album. She loves it.

Cons: Screen size and resolution is smaller and lower than the iPod, not surprising given the size and price. Software doesn't come in the box, but you can download everything you need. I'm having trouble converting some DRM video from iTunes-not really Sansa's fault but the workarounds do take more time than it would if you download to an Apple product. The 2GB memory fills up real fast...will probably end up adding a memory card soon, doubling the cost of this thing.

Overall Review: For what it does, the refurbished price makes it a steal.