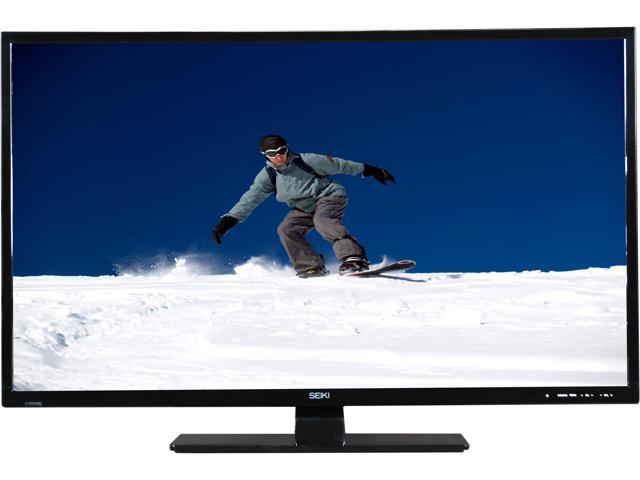 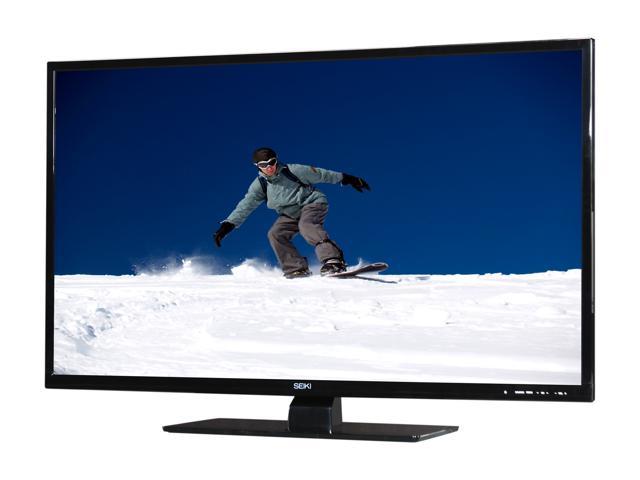 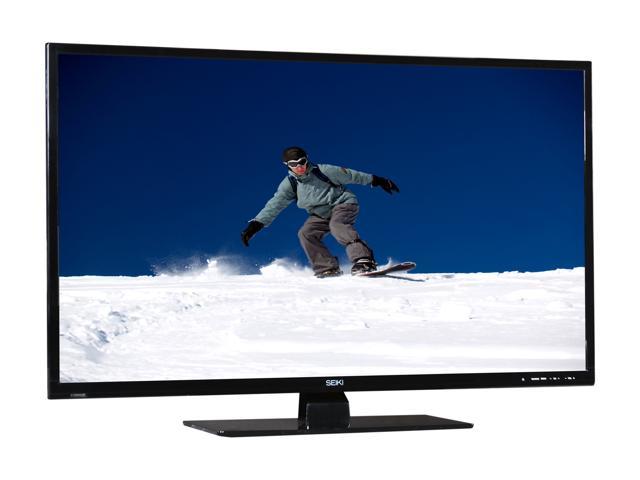 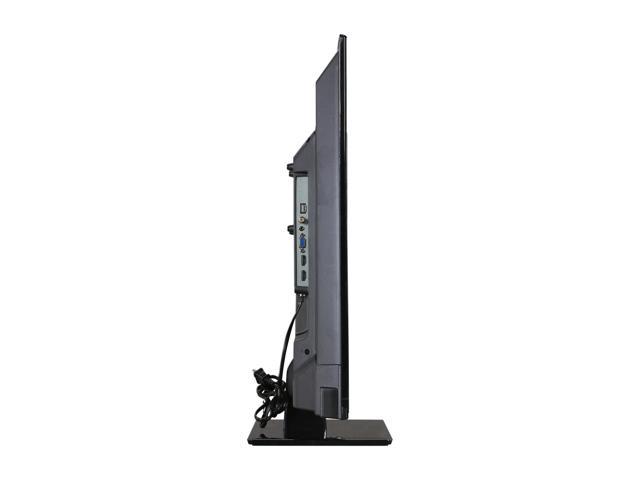 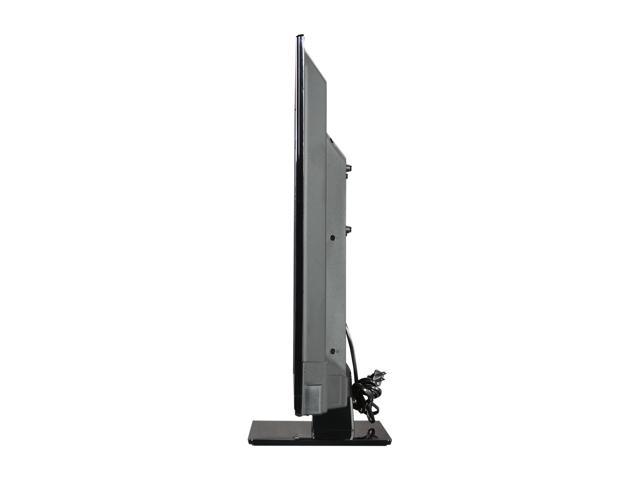 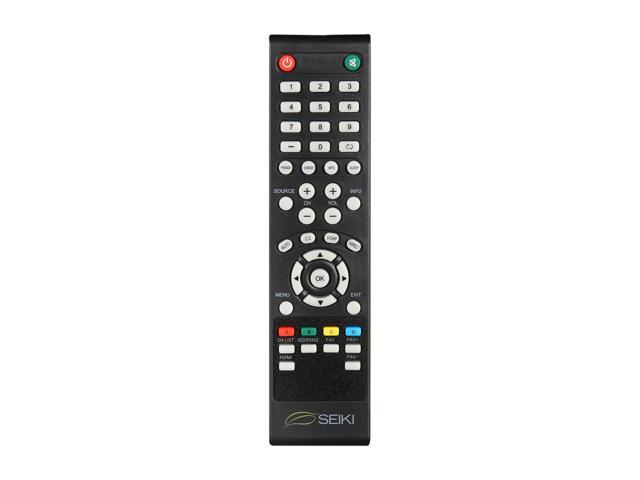 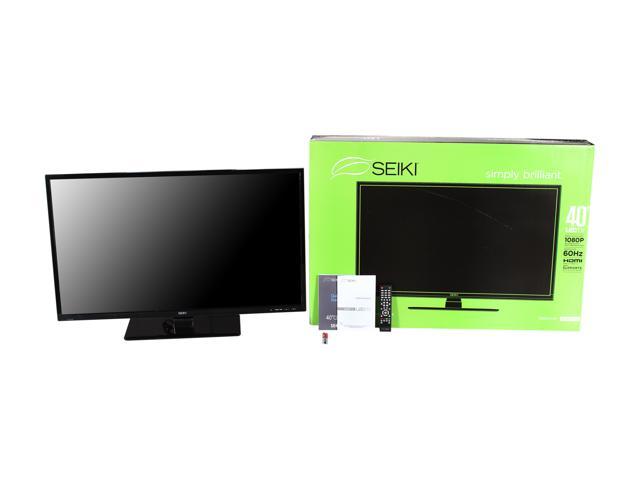 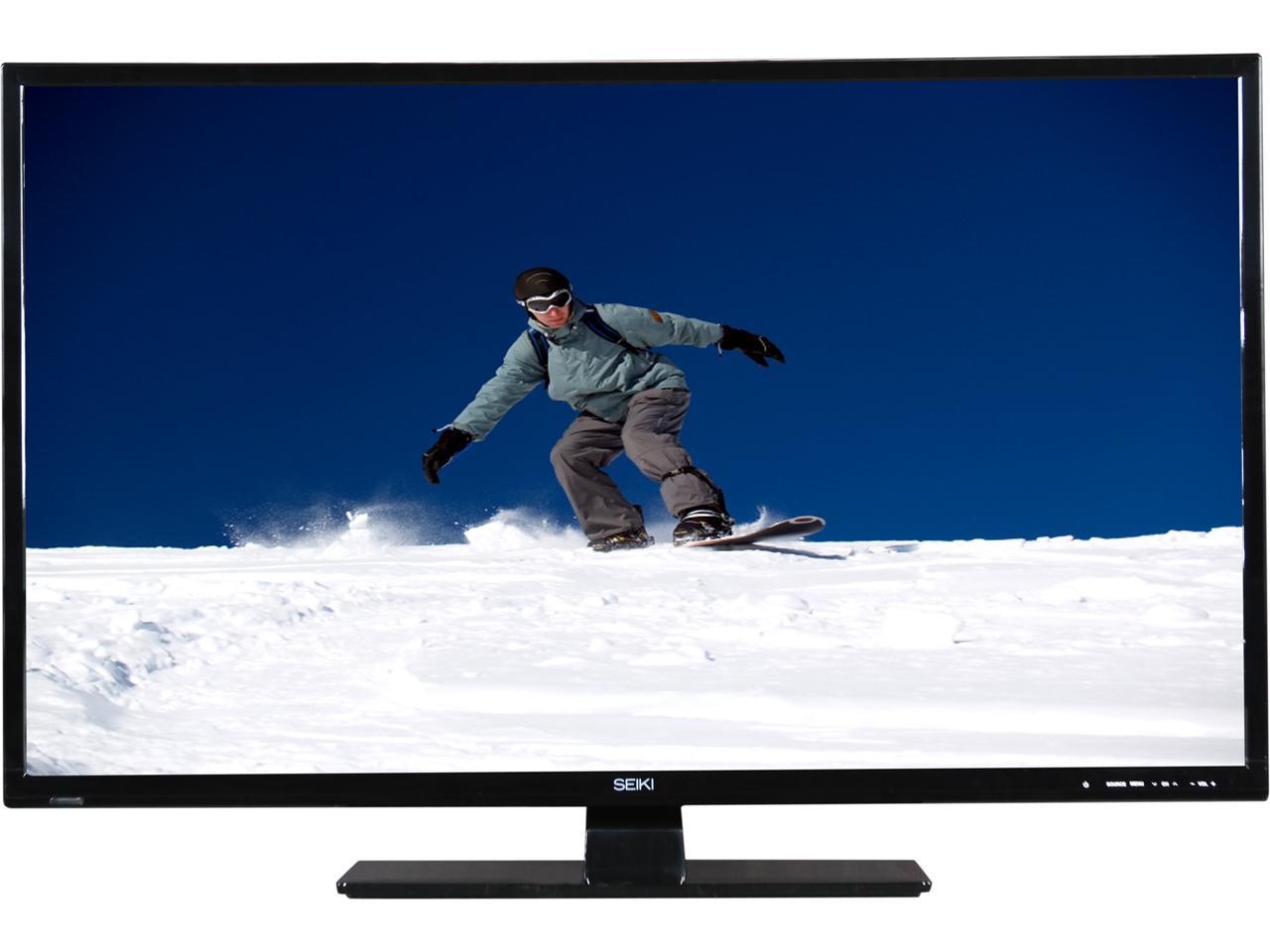 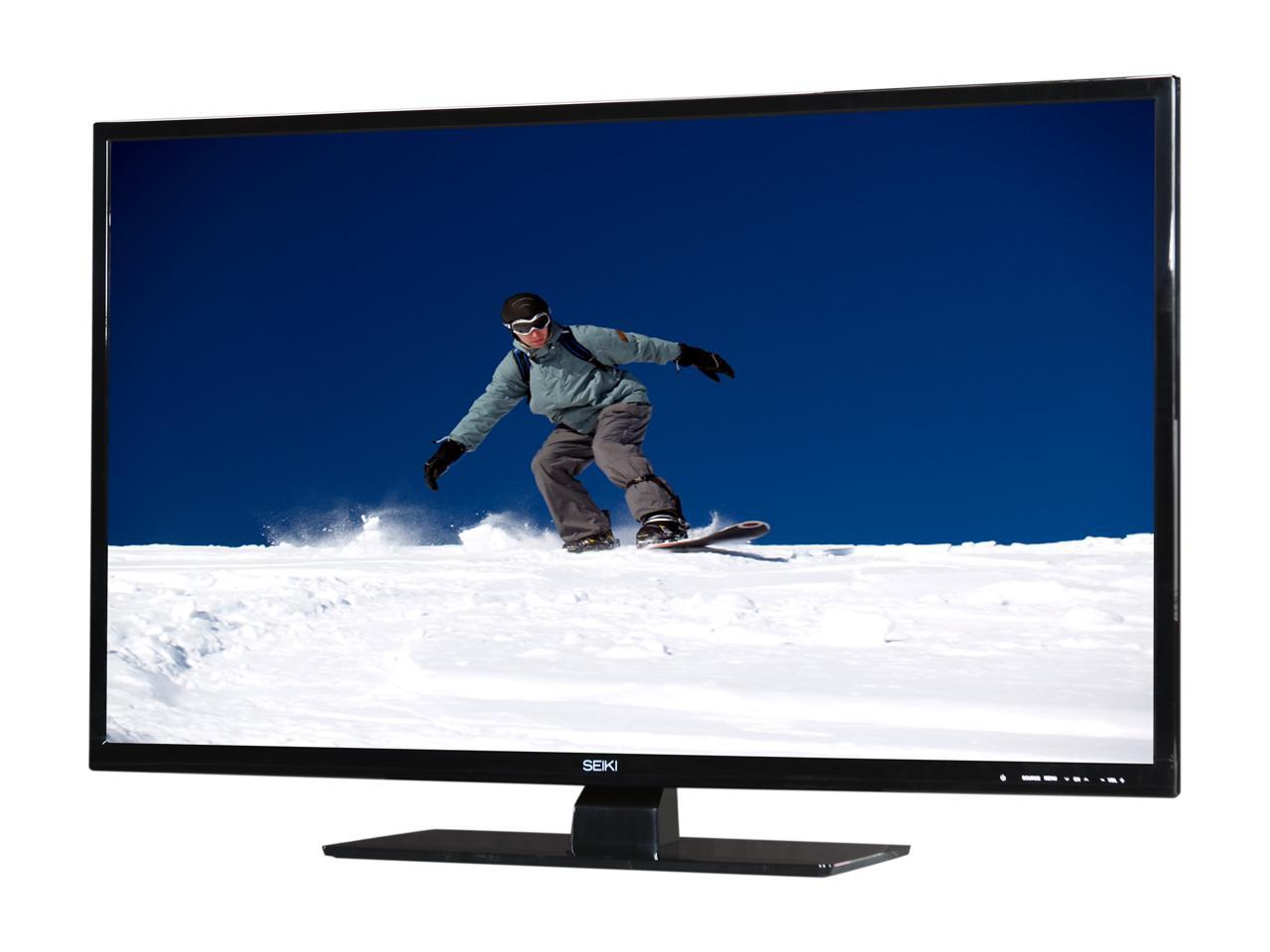 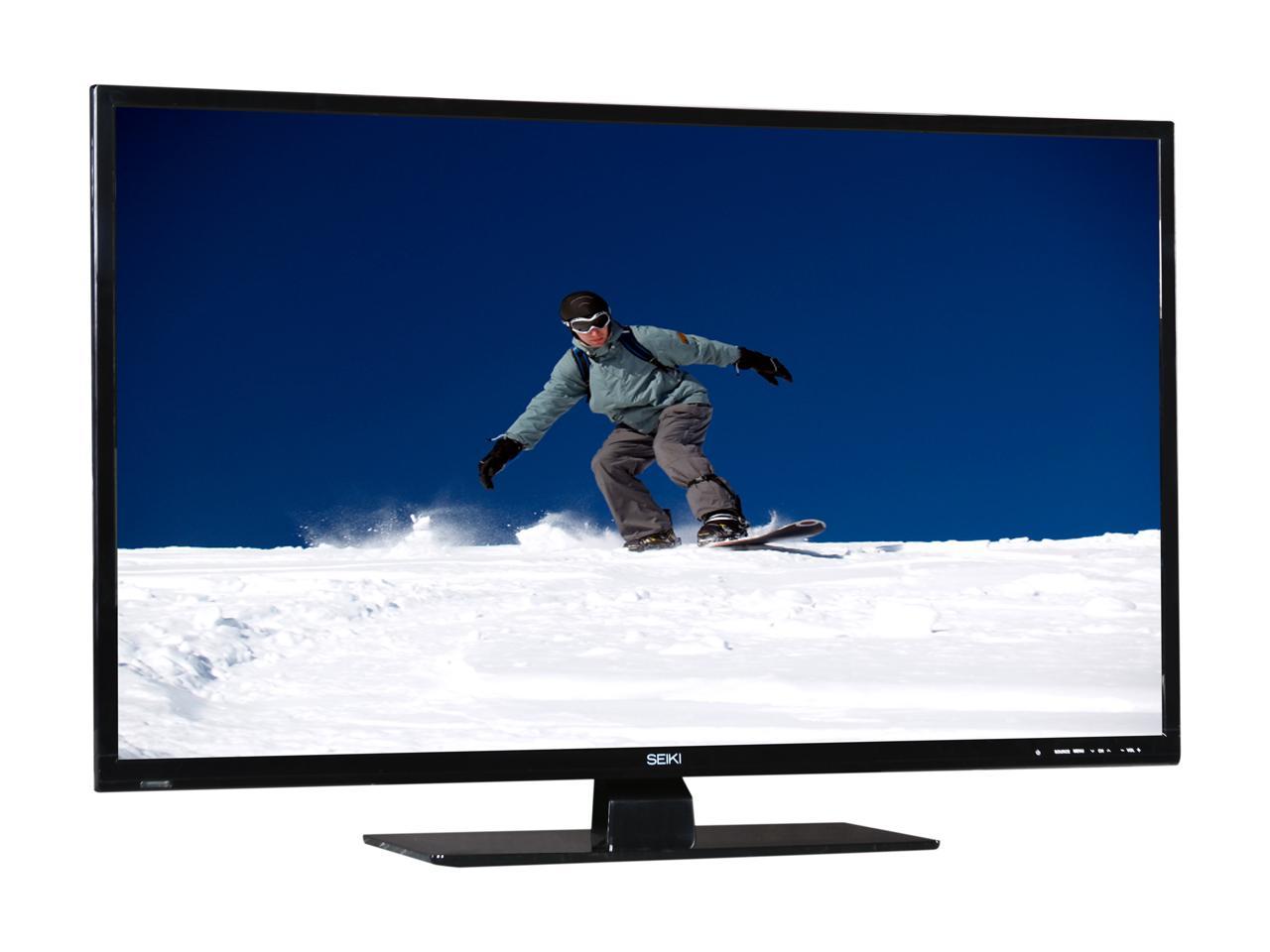 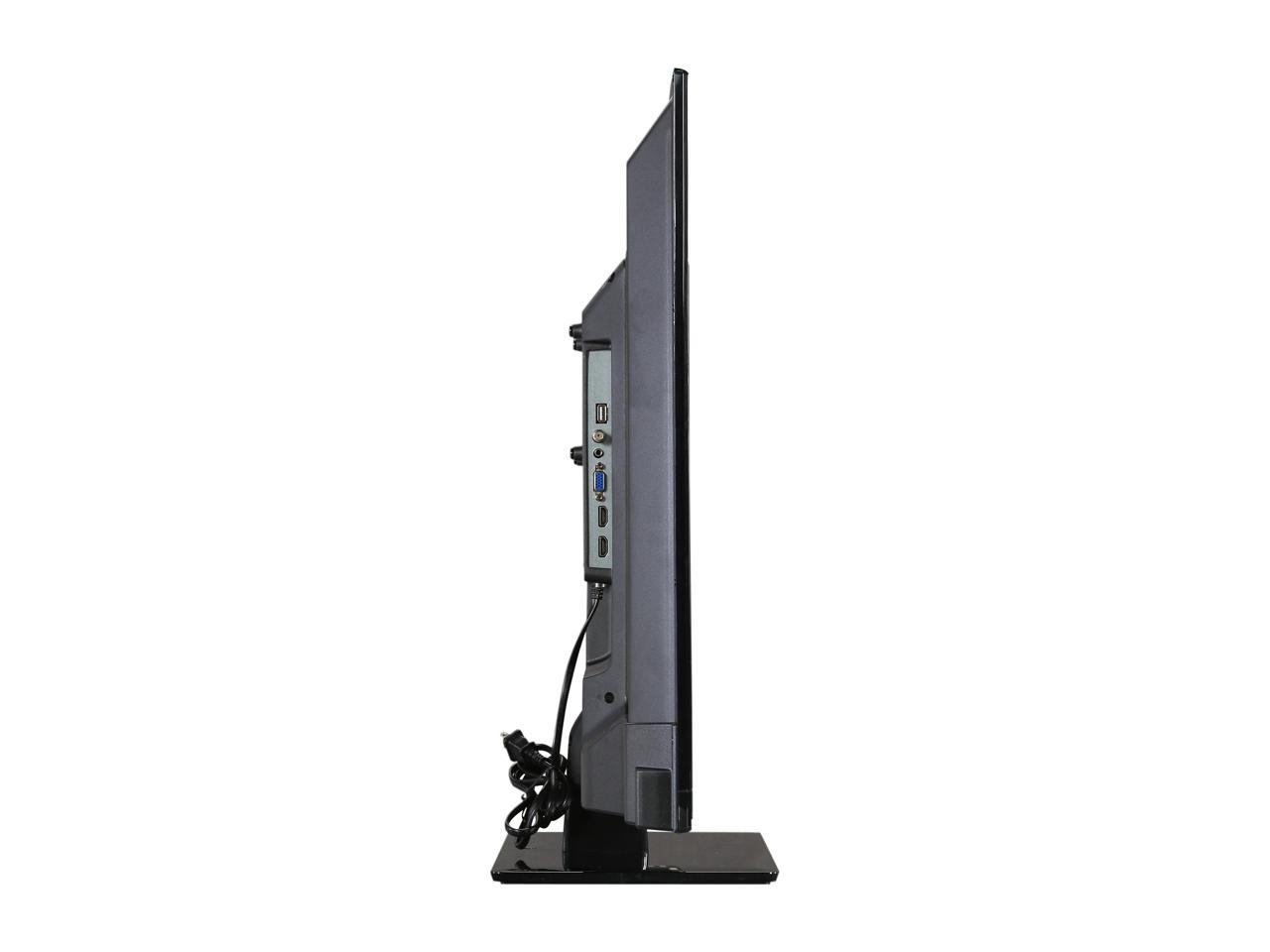 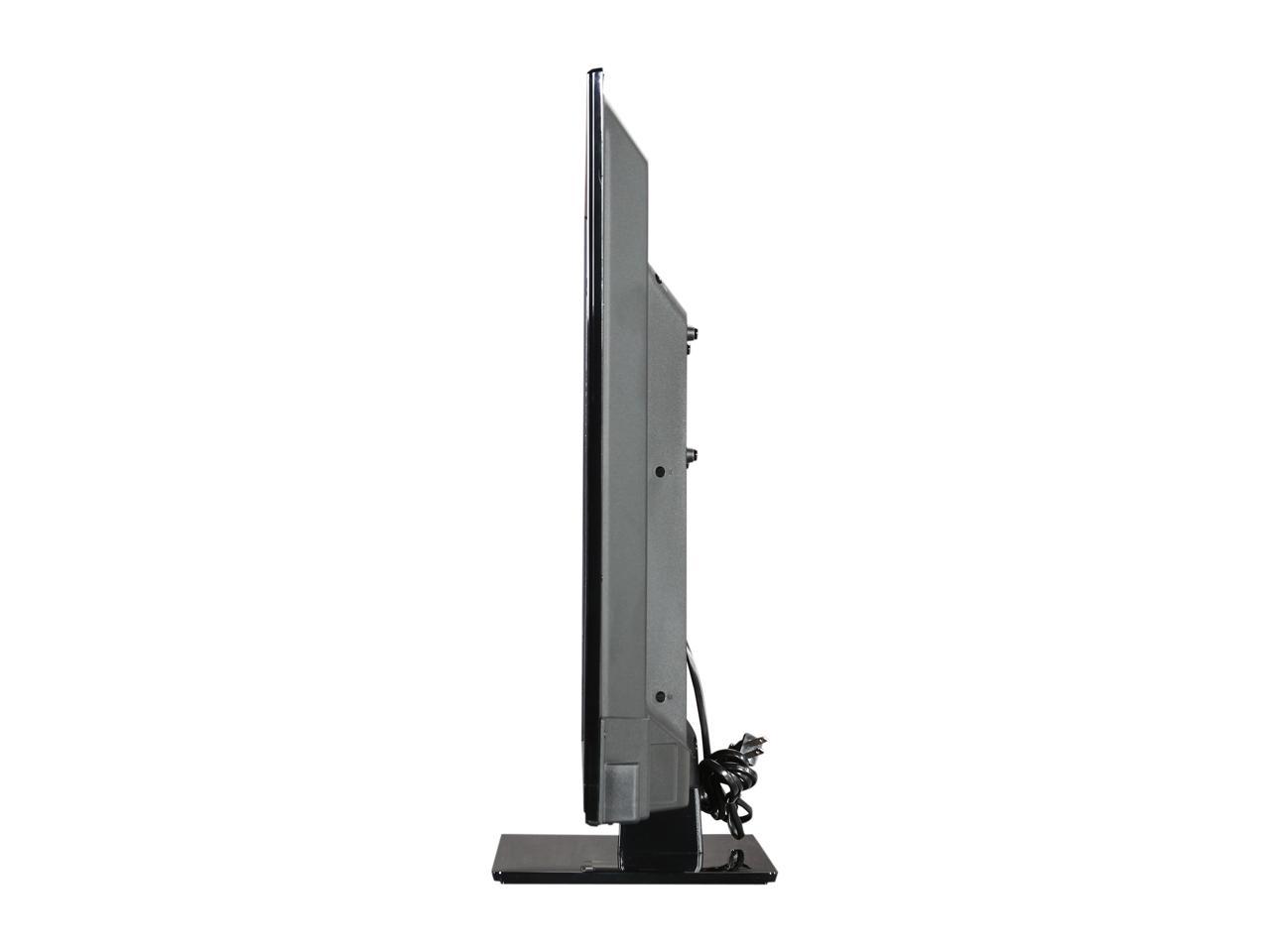 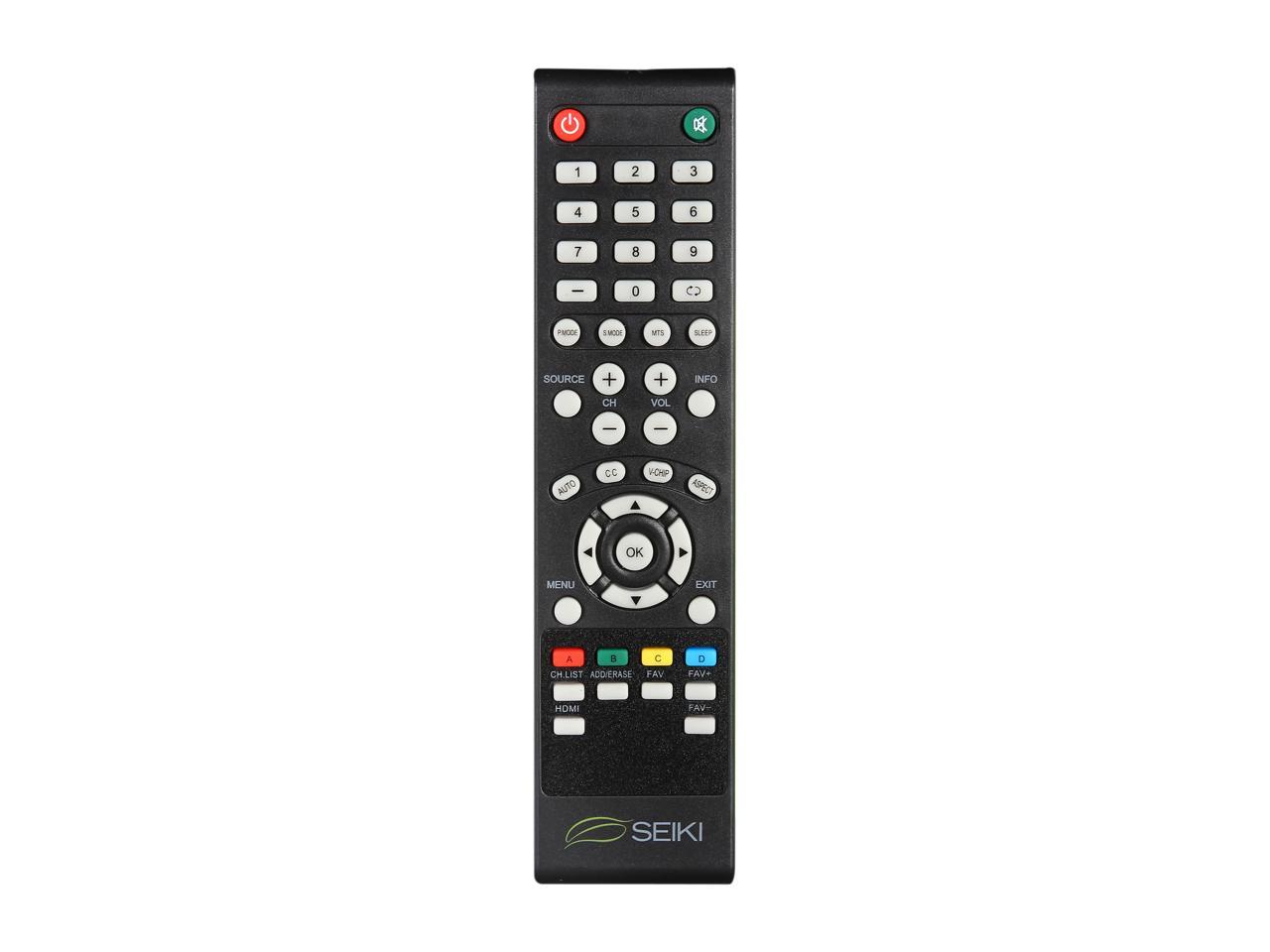 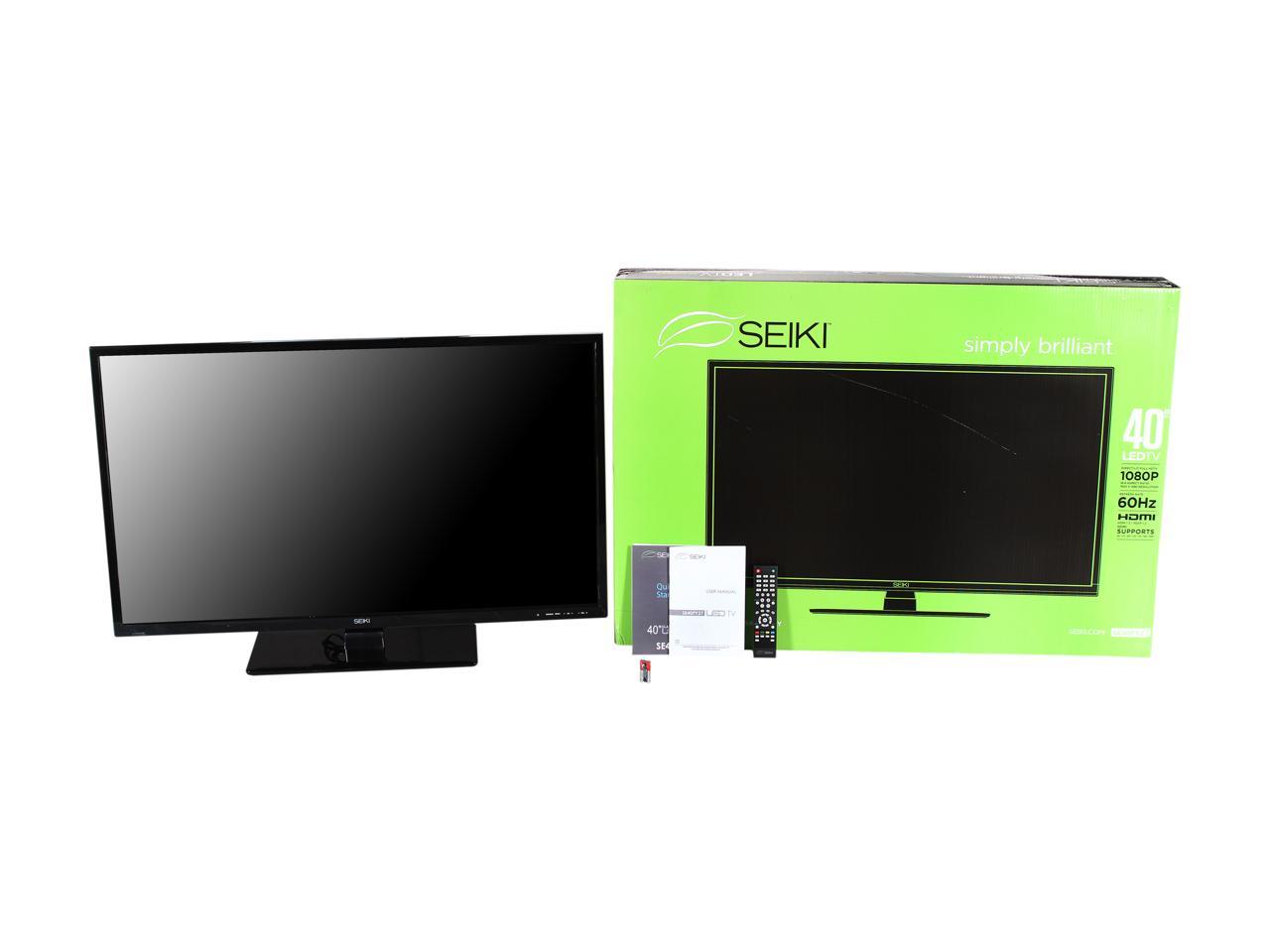 Pros: - Price - The back light bleed is quite low making black levels very good. Cinematic movies (black bars on top and bottom) enjoyable especially because I like to watch my movies with all lights off. To be honest this was the best thing about this TV in my opinion. - *Picture quality looks amazing once calibrated properly. - Connects to my PC via HDMI @ 60Hz 1920 x 1080p with sound - The built-in speakers are as good as can be expected for built-in speakers. They're loud and get the job done. I've opted to use external speakers though. - Thin attractive frame

Cons: - The ON/OFF led is distracting (I placed electrical tape on it and turn it on and off manually) - TV is not calibrated properly. Out of the box the colors are too red. I noticed this in every dark scene (night scenes and scenes in shadows) of every BluRay that I watched. Also the picture was over scanning my 1080p desktop on initial connection to PC via HDMI. Noise reduction was on by default and makes the picture look bad; turn it off! I duplicated my calibrated IPS monitor to the Seiki 40" to adjust the colors. *Here are the proper settings to the best of my abilities: Menu > Picture Contrast: 50 Brightness: 47 Color: 36 Tint: Default Sharpness: (up to you) Color Temp: Warm Menu > Setup Zoom Mode: Just Scan (fixed the desktop over scan) DLC: On

Overall Review: There was a Presidents day sale on Newegg and I saw this HDTV. The price was very reasonable and I thought it would be a good idea to get it for my bedroom to watch my BluRays through my XBMC library. This TV didn't disappoint. The most striking feature was the black levels which were excellent. I've watched the following BluRays: Oblivion, Resident Evil 1-3, The Hobbit, The Amazing Spider-Man, The Avengers, Man of Steel and others. The picture quality is excellent and the black levels just made it a better experience. Pair this up with some nice sounding external speakers and you'll definitely enjoy this HDTV. Be mindful that my review was done at 6.5ft away from this HDTV and everything I've stated is based at that viewing distance.

Pros: 3 HDMIs, just about all the bells and whistles you could want. My 40 inch Seiki is over a year old and works great, with daily use. Shipped well, good packaging, no dead pixels.

Cons: My 1 year old did not come with a usb or a headphone jack,, You guys get it all. Other than that for mine, No Cons !

Overall Review: Theres the option to run it in power saving mode, dont do it, it starts slow and pic not as good. When Seiki first came out just over a year ago, there were bugs, complaints, but mine was ok. That should all be fixed now. I have a 40 inch a 26 inch and a 24 inch Seiki, They all have been Great from when they arrived and for over a year now. I would say Get Seiki to anyone who asks me, I love them. Im a retired locksmith and was far behind with HD stuff, I caught up fast.

Cons: No Remote control came with tv. Bummed about that.

Pros: Got this on sale. Hard to complain about a 40" 'class' TV for under 280. Hard, but not impossible. Decent picture. Not as good as my name brand TV in the living room, but was also half the price. Very strong built in tuner. Gets several stations my old TV would not pick up without any change to the antenna (yes, I'm using an antenna, not cable or satellite). During bad days certain channels will drop in and out, but this TV holds them better than the TVs in my living room. Lightweight. I easily set the TV 5 ft high on top of a dresser in my bedroom with no assistance. It's only about 20 pounds and very manageable. I still have nightmares of throwing away my old 32" CRT TV a few years ago. I almost killed myself trying to move that heavy beast! Plenty of inputs & outputs. Several HDMI, standard video, VGA for computers that is supposed to be able to use the full 1920x1080 resolution (haven't tested yet), digital audio output, and headphone outputs. VERY useful and versatile.

Cons: STUCK PIXEL! 29 days after purchase, developed a stuck blue pixel just a few inches up and left of center. Very noticeable in dark scenes. Unfortunately NewEgg must *receive* the TV within 30 days of purchase for a return or replacement per their policy. Now I'm stuck with a defective TV unless I go through the manufacturers replacement process. I'll investigate, but it probably won't be worth the cost and effort. Same menu system as the infuriating TV it's replacing. This menu & firmware is barely usable. Slow to respond at times. Very bad audio. Anyone who claims this TV sounds good has VERY low standards and would probably think a 10 year old laptop or first generation tablet has good audio! The good news is, the TV has digital out for hooking up to a sound system (if you have one available), but also headphone output. This makes it incredibly easy to set up a pair of computer speakers. I've got an old pair hooked up now and the sound is infinitely improved. I'm planning on setting up a good set of 2.1 speakers when I get the chance for even better sound. NO ASPECT SETTING FOR EXACT 1920X1080 aka "Native"!! All of the settings include some sort of over-scan. I personally find it a bit annoying when lose some of the picture to a useless over-scan. It will also cause trouble when hooking my computer up through HDMI. I won't get the exact 1920x1080 output! The aspect settings are: "Standard, Wide, Wide Zoom, Zoom". My 5 year old Toshiba has 7 aspect settings, including "Native".

Overall Review: If it wasn't for the STUCK PIXEL, this would be a 4 egg TV, maybe higher if you consider the value. With the STUCK PIXEL, it's hard to give a 2 egg review. The value kept the review at 2, but I did think about it.

Pros: black levels are amazing, colors are amazing when calibrated - see other thoughts sounds isn't bad, I just turned on surround sound and set it to movie mode

Cons: none, considering how cheap it was brand new...

Cons: Audio Quality (sounds like a tin can) Its kind-of loud at low volumes. But not too bad. Overly simplified picture controls Sub-standard picture quality

Overall Review: With that said, this really isn't a bad deal. 4 eggs from me after 4 hours of use (just as a TV) I purchased this as a gift for someone who didn't have the resources to upgrade from a very worn tube, and naturally, they LOVED it. Its big and bright, and a great upgrade. I spend quite some time tweaking the picture as much as possible, and it did help improve the picture. But I can't help thinking that if a few more granular controls were added, it could've looked great. As others have said, you are going to want to immediately dial back the color saturation, as well as the sharpness, and set the zoom to "Just Scan." I also turned off DLC. With DLC on, the black levels seemed unnaturally deep and overly 'contrasty'. To my surprise, I found that keeping the noise reduction on, and set to weak helped clear up some distracting edges on some video sources. And setting the color temperature to "warm" seemed to yield the best results.

Pros: The picture and color are good, especially at this price point. I have no complains in this department.

Cons: You are taking a gamble with your money if you buy one of these. The majority of the reviews tout the picture quality, but don't mention that these TVs have a habit of breaking after just a couple months. (The backlight on mine jsut siddenly stopped working.) Yes, they have a one-year replacement warranty, but Seiki's policy is that the customer is responsible for shipping to their service center. I'm in Oregon, and Seiki is in California. Shipping one way is about $80. And seeing how this TV broke within three months, what's to say the replacement won't break in a couple months as well? Then I'll have to shell out another $80 for a replacement and wait for them to finally get it back to me. I'd rather save that money and invest it in a higher quality TV from a company that actually cares about its customers. I wish i had done that in the first place.

Overall Review: tl;dr: Don't be fooled by the nice picture and low price tag. There's a big chance this TV will break after a few months, leaving you to pay nearly $100 to get it replaced. Put that money toward a better TV instead.

Pros: opened box and tv did not work (new not refurb) newegg said i had to send it back to seiki seiki now says it will be 8 to 12 weeks til they look at it

Overall Review: do not purchase this brand