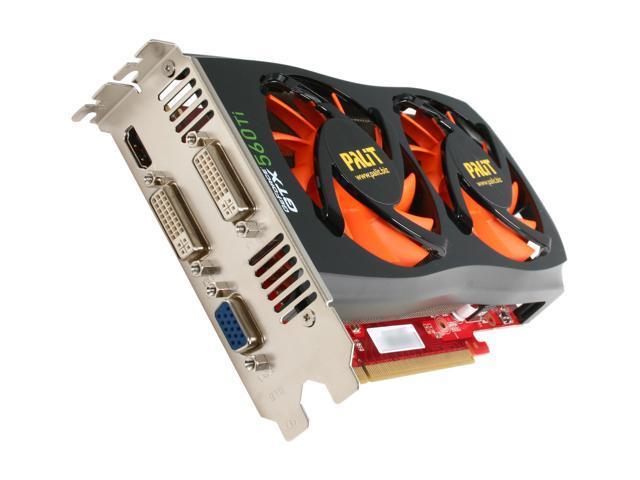 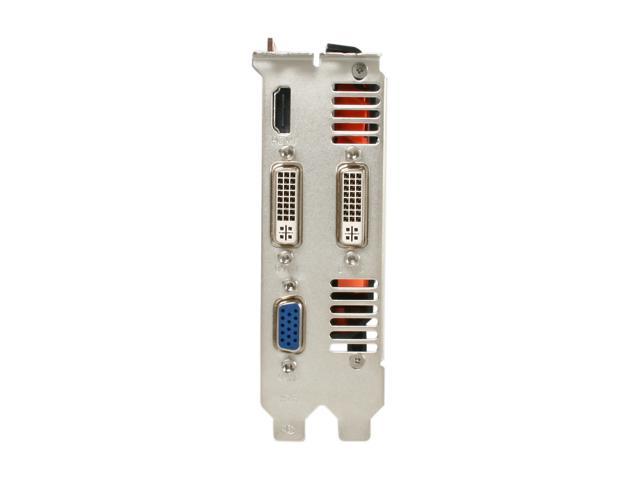 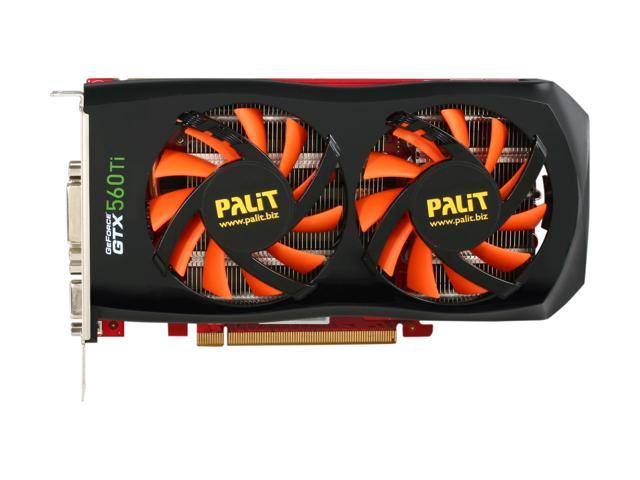 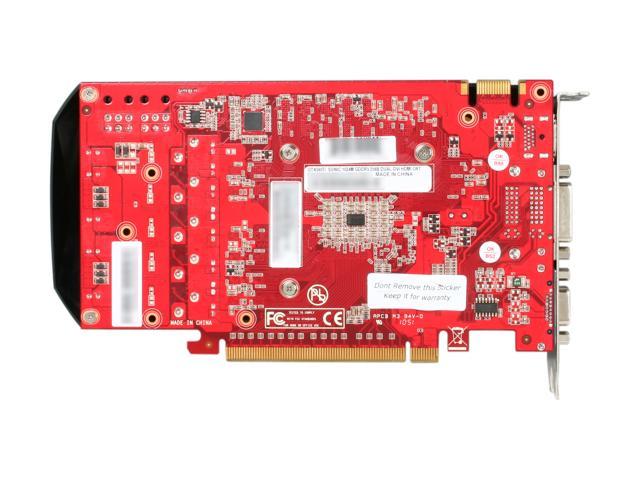 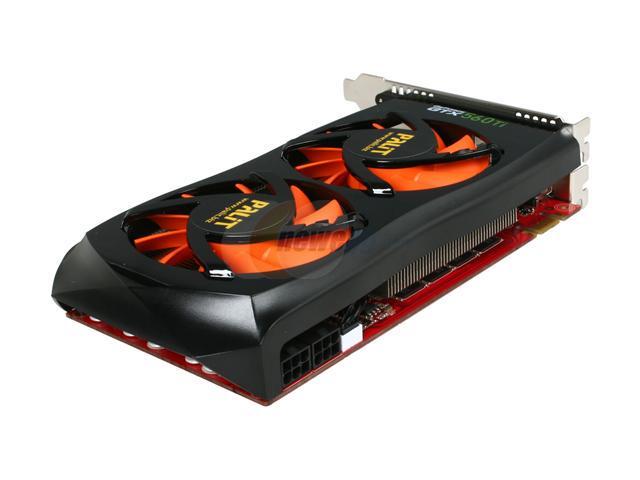 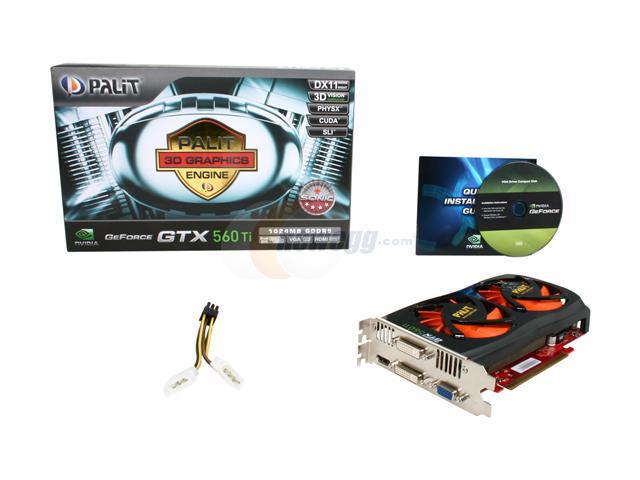 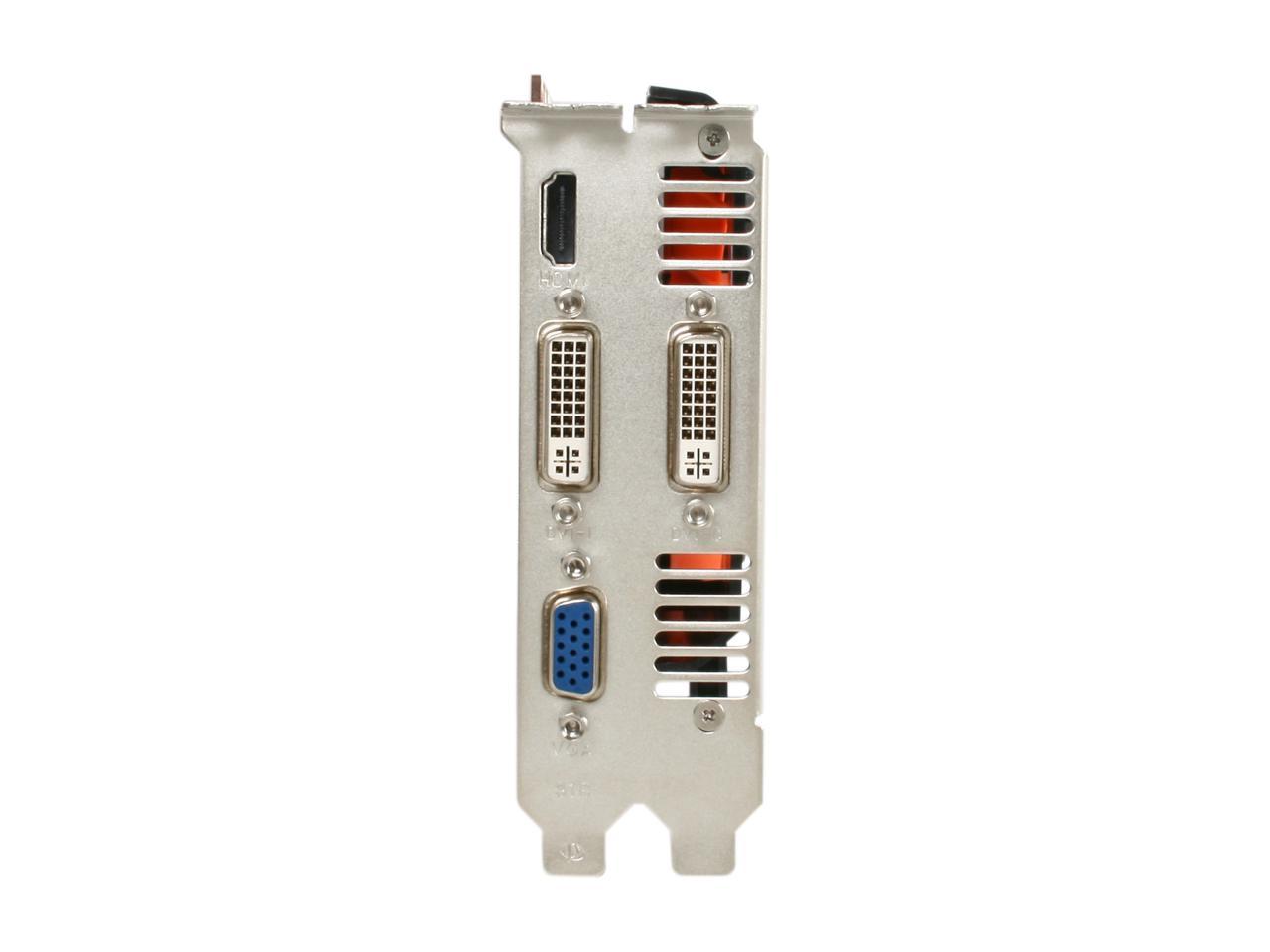 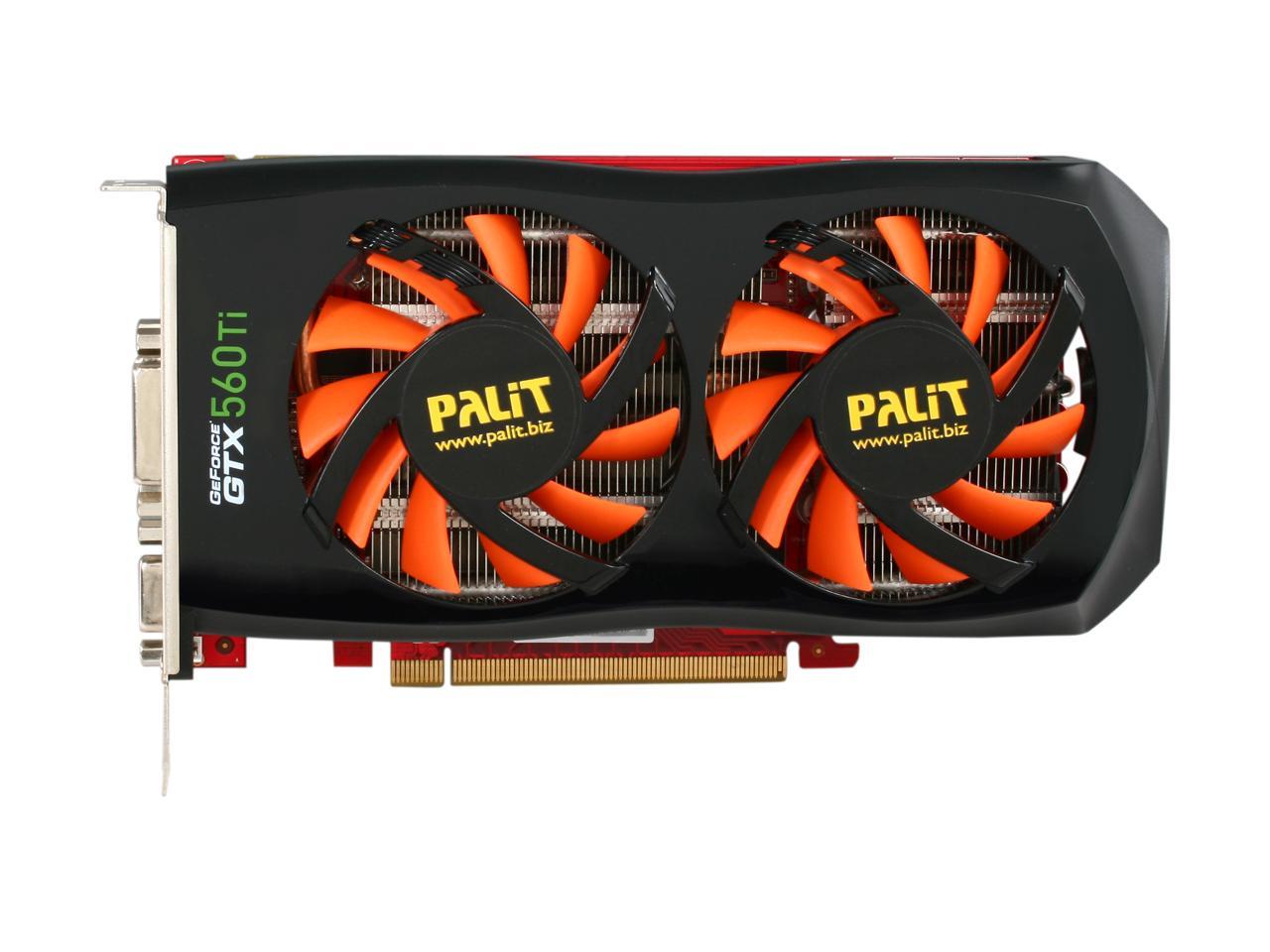 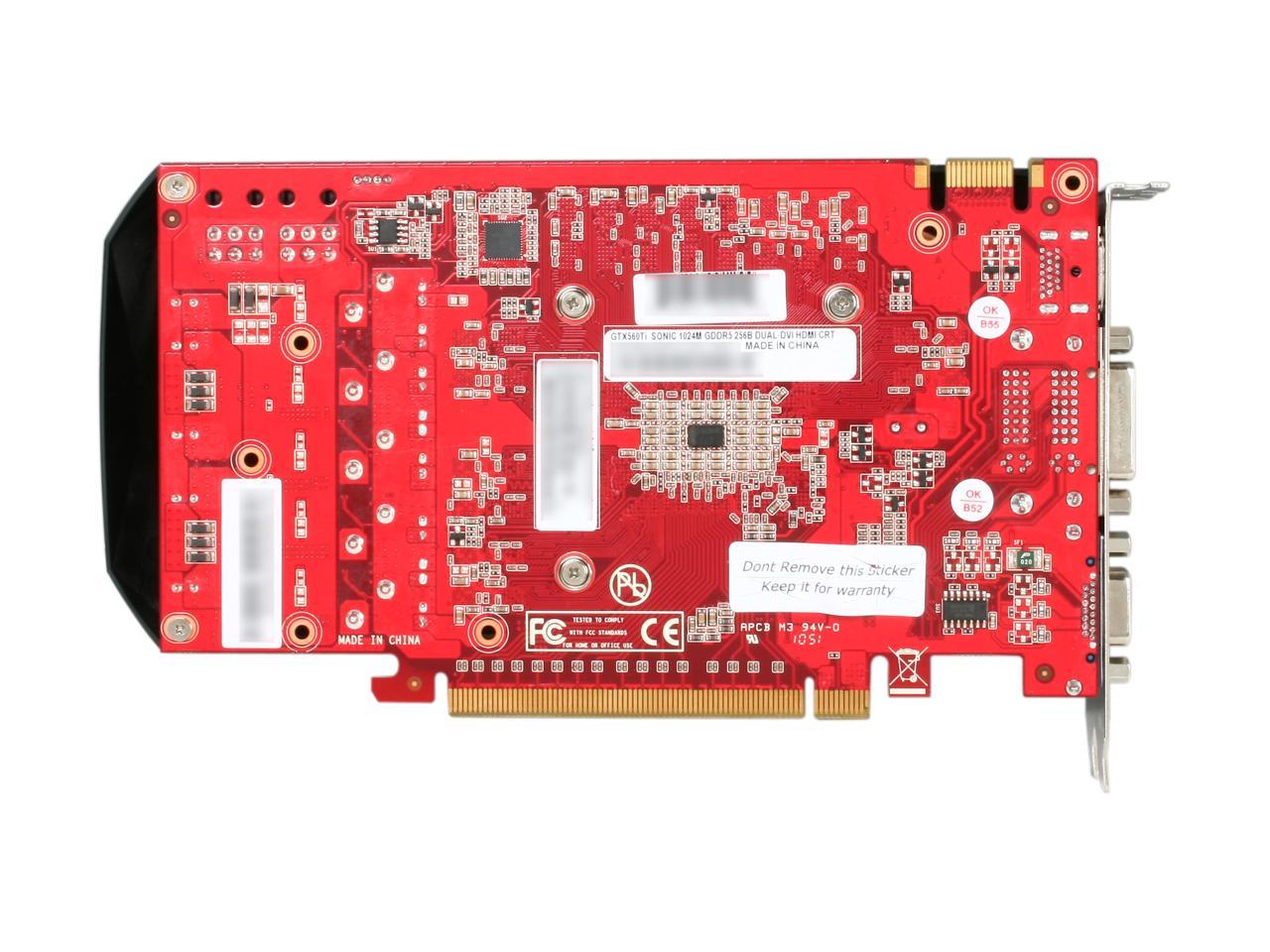 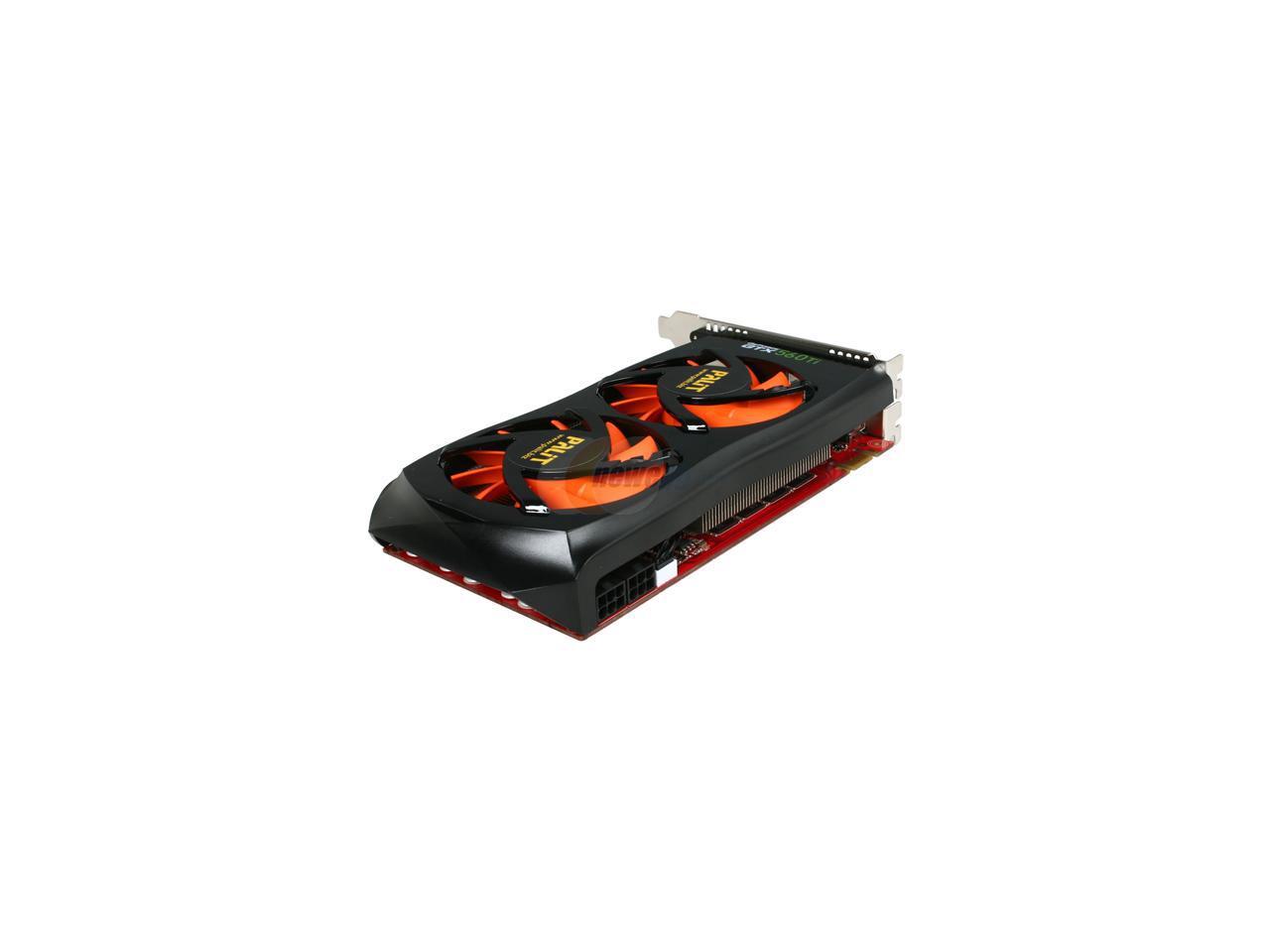 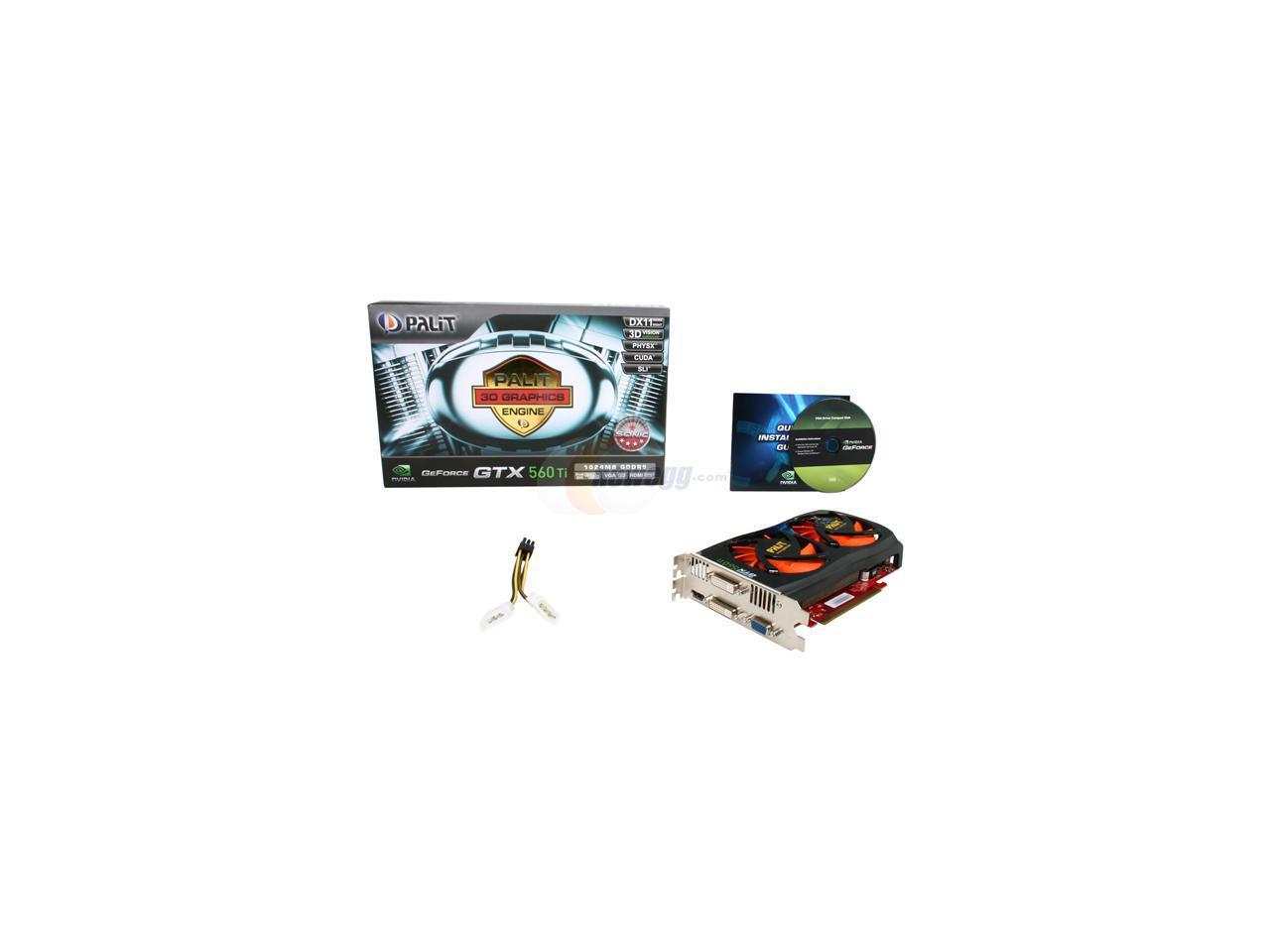 Cons: None that i have seen yet.

Overall Review: Runs about 27c idle and hits 56c at full load after gaming for a while at max settings. Ill update this in the future in case anything happens. 4 Eggs for now due to not having had it for long. When I redo my review ill review my egg count.

Pros: I ugraded to the Palit 560 Ti SONIC from a BFG 8800GT. I can certainly say that the performance increase is amazing. Tried out the RIFT beta and was consistently getting FPS ratings in the 70s all the while the card stayed cool and quiet.

Cons: Only con was that the card didn't include a case sticker (but Palit took care of that.. THANKS PALIT!!)

Cons: Runs hot (85 C) while gaming, even with upgraded case ventilation. As cards heat up, fans become distractingly loud. The heatsink primarily vents perpendicular to the card, causing the top card in SLI to run hotter than the bottom card (~ 8 C). I believe other cards primarily vent out the back of the case.

Overall Review: Short periods of gaming (20 mins) with two of these cards in SLI results in temperatures rapidly approaching 90 C, at which point the graphics cards will fail, resulting in a crash. The fans will produce a great deal of noise as they reach this point. I bought two MSI 560 Ti cards for an otherwise identical system, and swapped the cards around in numerous configurations. The MSI cards run cooler (~70 C during gaming), vent better, are much quieter, and have never resulted in a crash when playing the same game on the same system using the same case fans. Palit support took around four business days to respond, and didn't acknowledge that it was a warranty issue. They recommended ineffective technical support that I had already told them I tried. The fact that the Palit 560 Ti cards fail where the MSI cards work fine is, in my opinion, a design flaw that makes these cards useless for gaming. Fortunately, Newegg was extremely helpful in resolving the situation.

Pros: This is one of the best cards designs you'll find. It's smaller than reference. It is reasonably quiet. It also uses the wider design to get you more ports - you probably won't need to use an adapter. Oh - and it's fast too!!!!

Cons: The only down side I can find is that it vents heated air into the case, unlike most of the other designs that vent it directly out the back of the case. I can't really see that this is causing a problem, but I have a large well vented case. This might not be the best choice of card for more compact cases.

Overall Review: I really like this card. I upgraded from a GTX 260. The speed different isn't profound, but it is very noticeable. The compact size of the card now allows me to get to all the SATA ports on my motherboard. I expect this card to last me a while.

Pros: Palit's been around under one name or another for a long time. I think Gainward was or is the parent company.

Cons: None... Don't have this yet. Need more info about this heat thing. Want to put it in the wife's pc.

Overall Review: The only reason I'm posting is to ask people to please state what the make and model of you computer case you're using. Just like with the GTX 200 and 400 series airflow is a big thing. If your using an older case with smaller fans or a case with just ok airflow that will make a difference. This thing getting hot enough to cook a roast in a Xclio A380 or HAF... Problem... This thing getting that hot in a Raidmax Tornado expected.

Pros: Fast. It can handle itself.

Pros: Was the cheapest 560ti without a rebate

Cons: Runs hot. Hotter than my Radeon 4850 which didn't have an exhaust port on the back. Case is much hotter now. Nvidia/Pallit does not support the use of an AV receiver - so if the software is bugged, like mine is, I guess you shouldn't have wanted to do that.

Pros: Very Fast GPU. Runs at cool temp even when under full load for extended use (less than 60C). Its quiet, cool, and powerful. Max graphics with 60+ FPS in games such as LotRO WoW Oblivion SC2 Fallout 3 Black-ops The card is the best performance per dollar in the high-end market.

Cons: It doesn't make bacon for me in the morning.