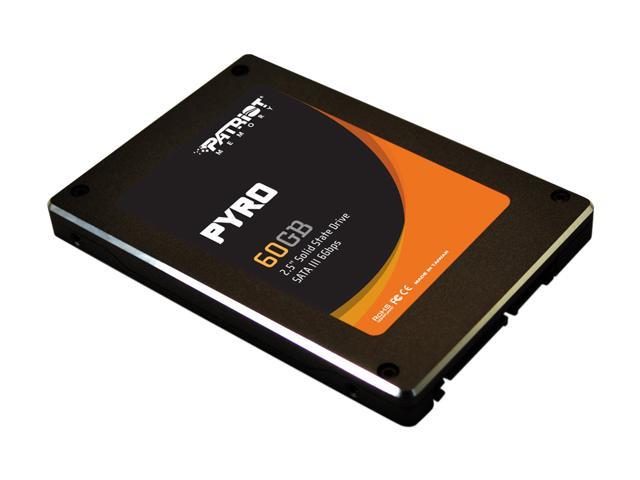 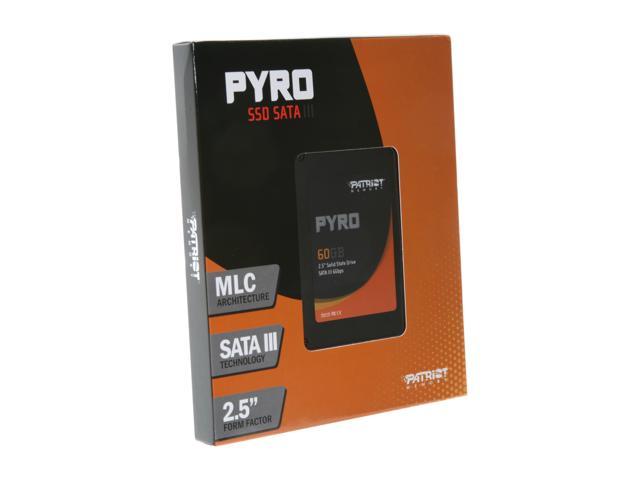 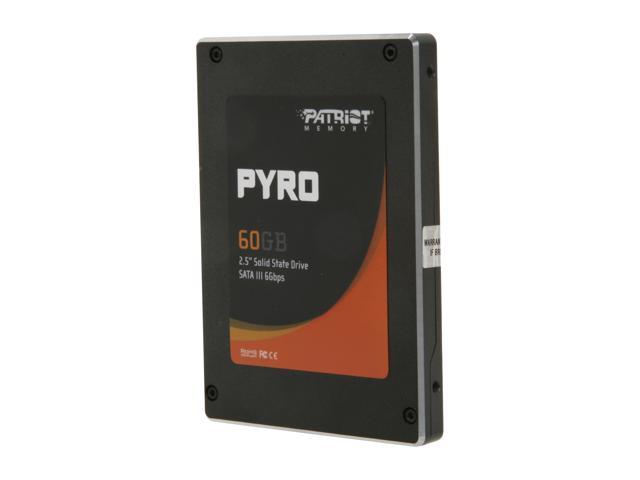 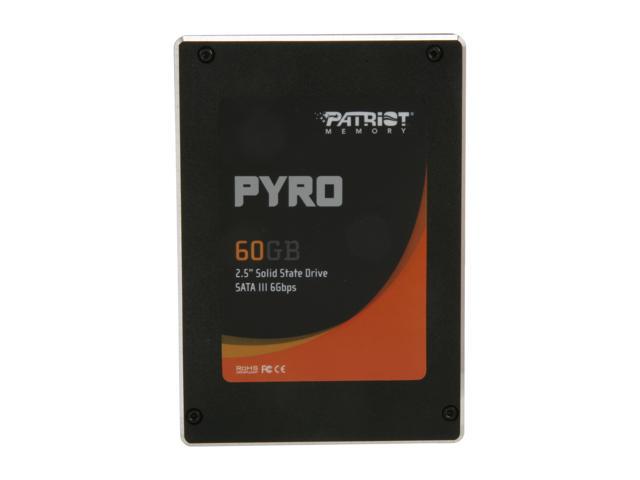 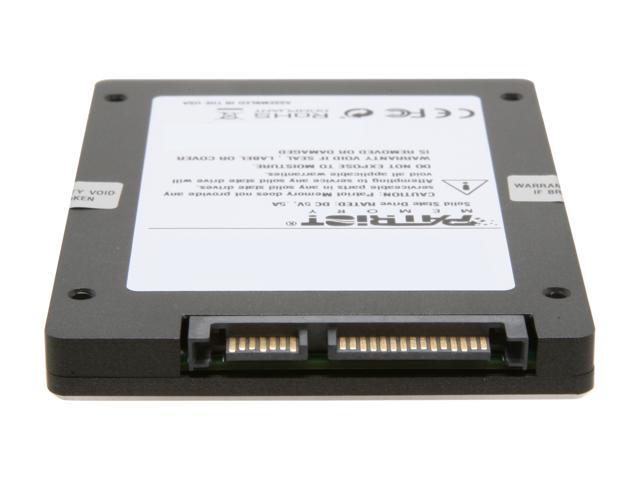 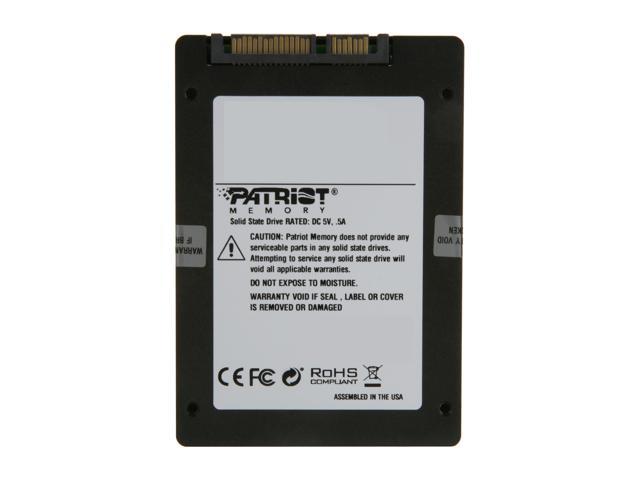 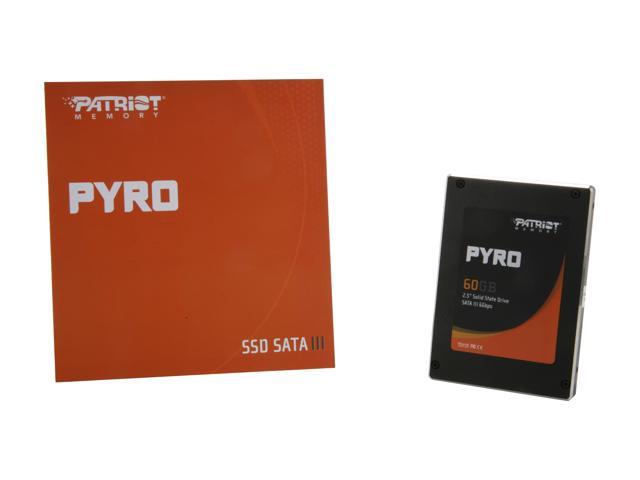 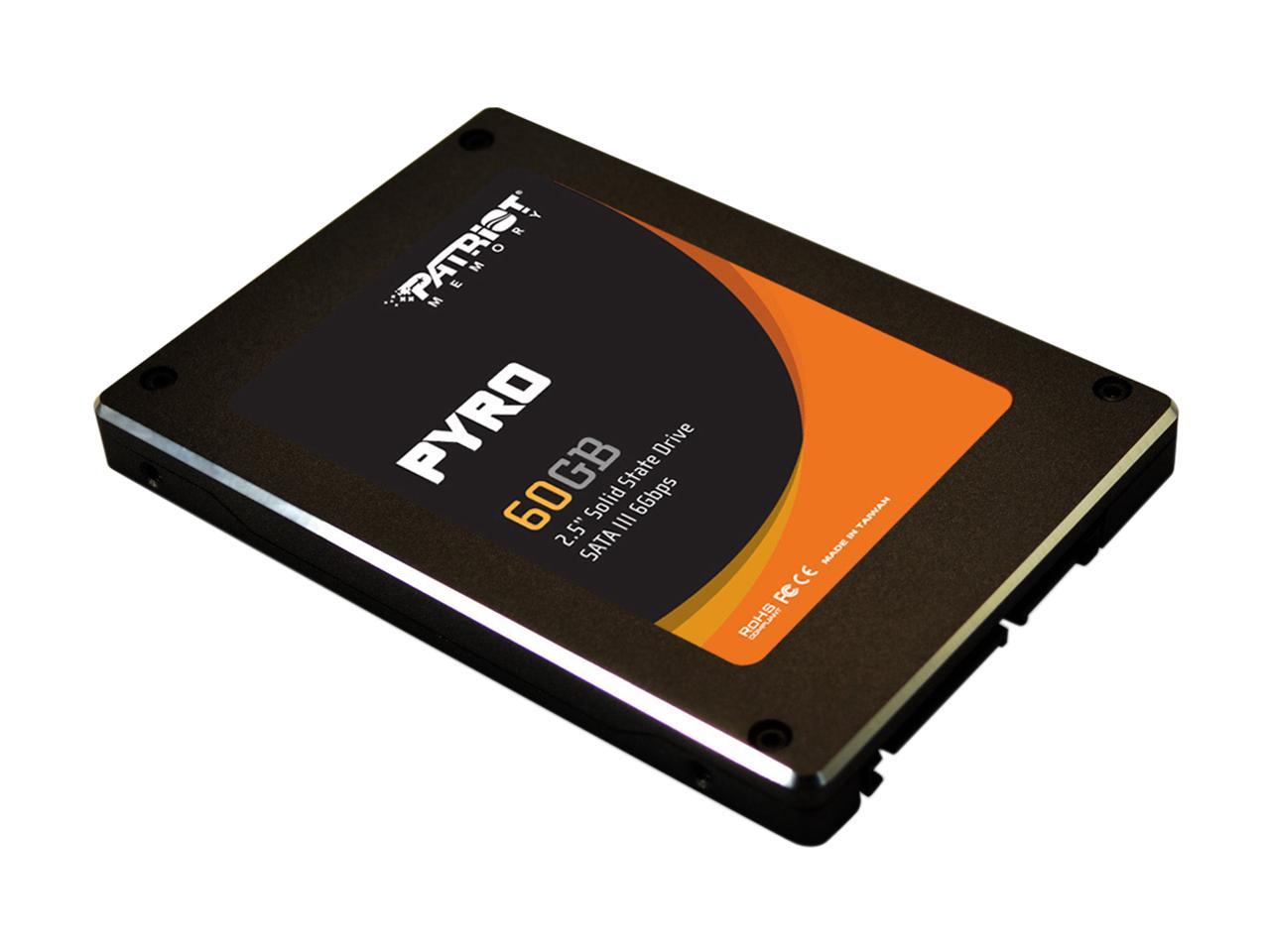 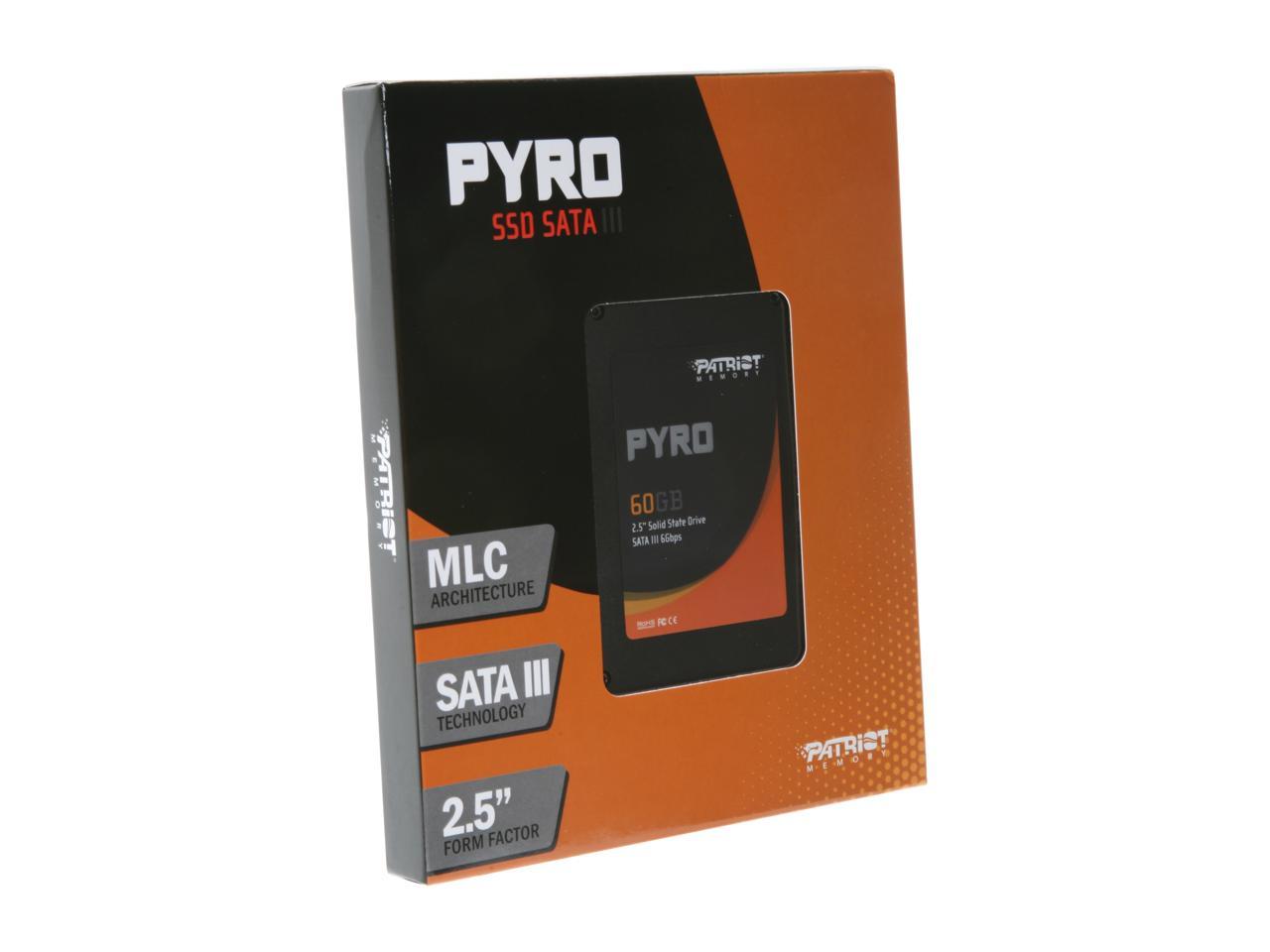 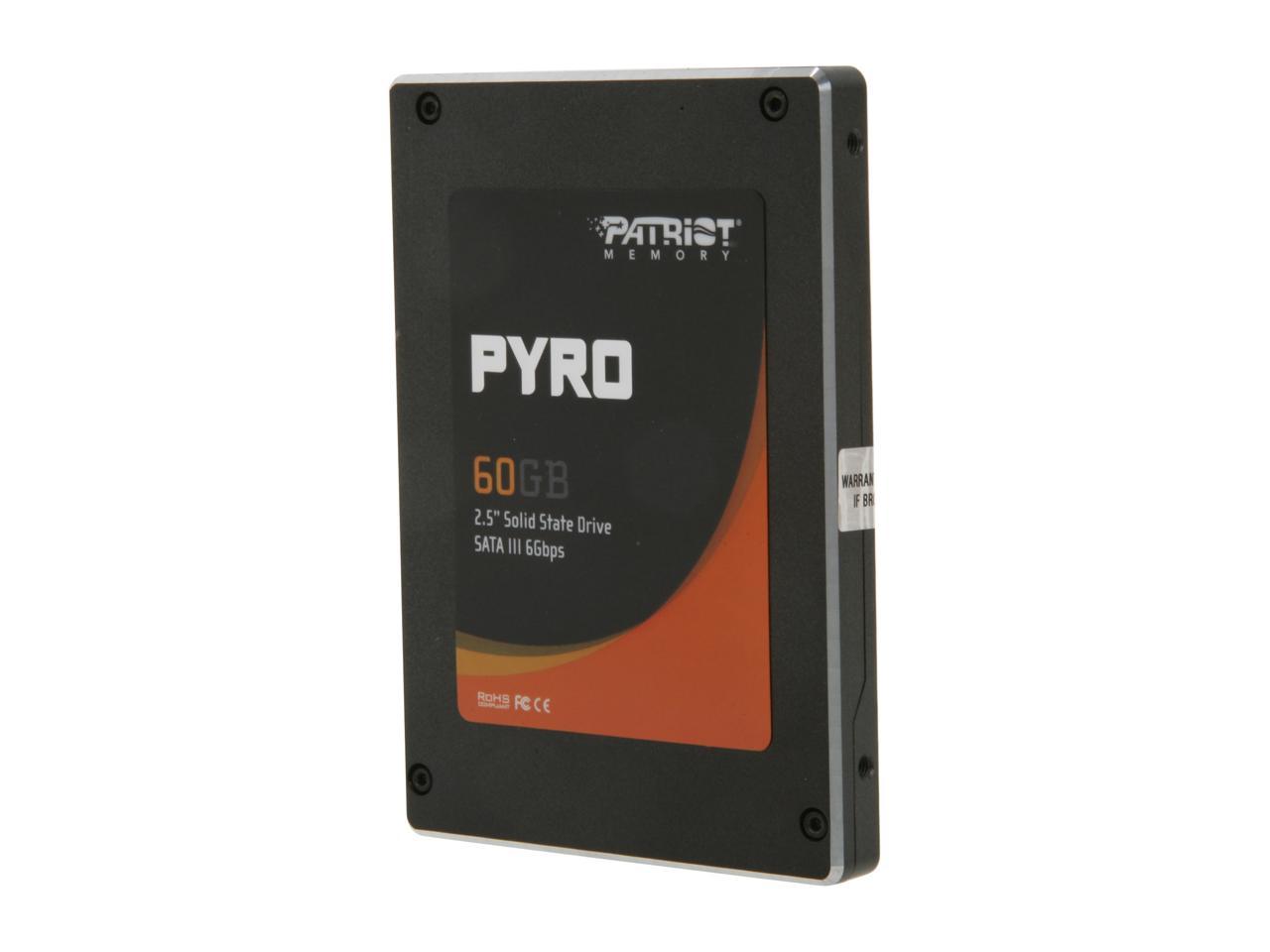 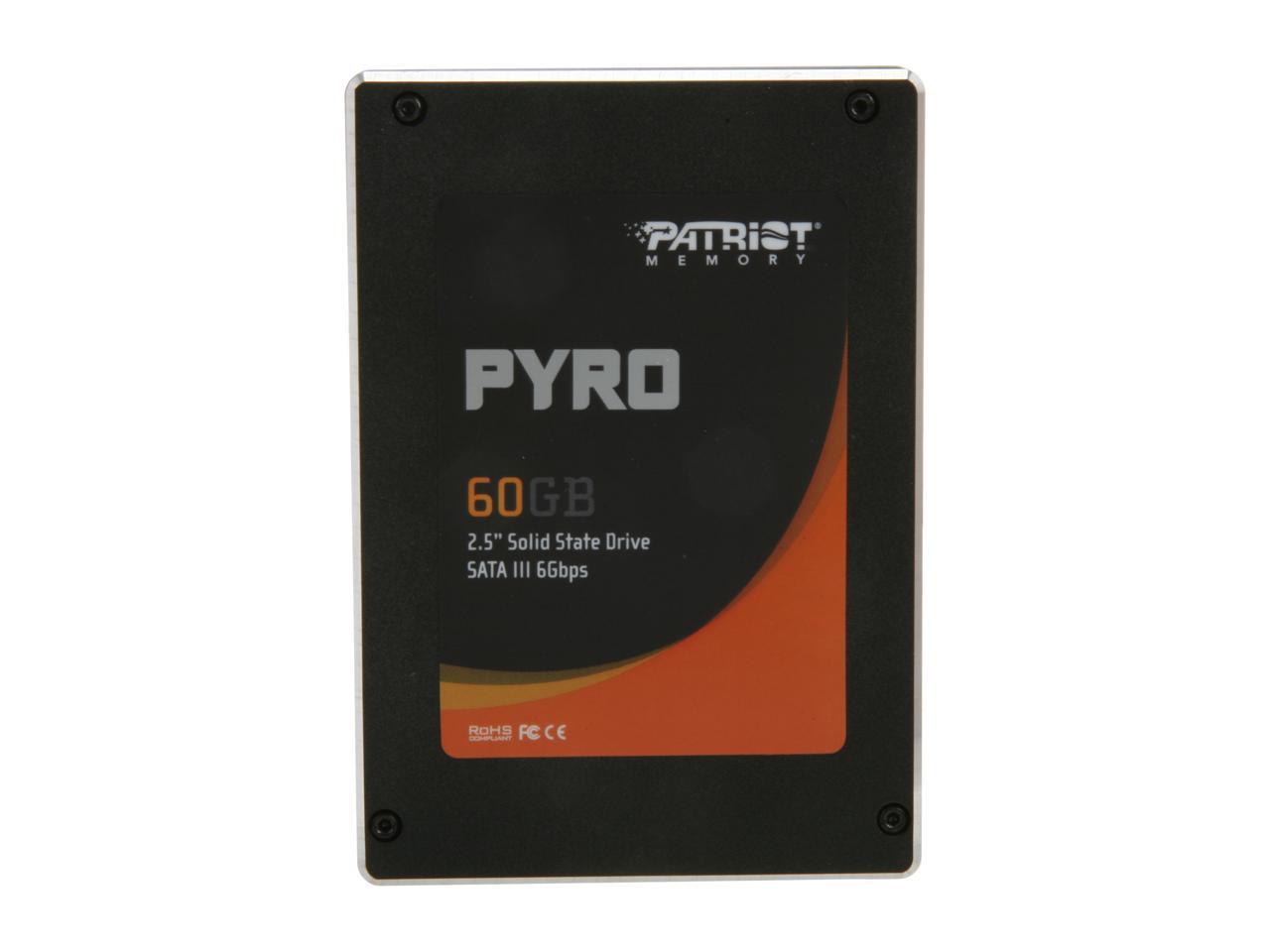 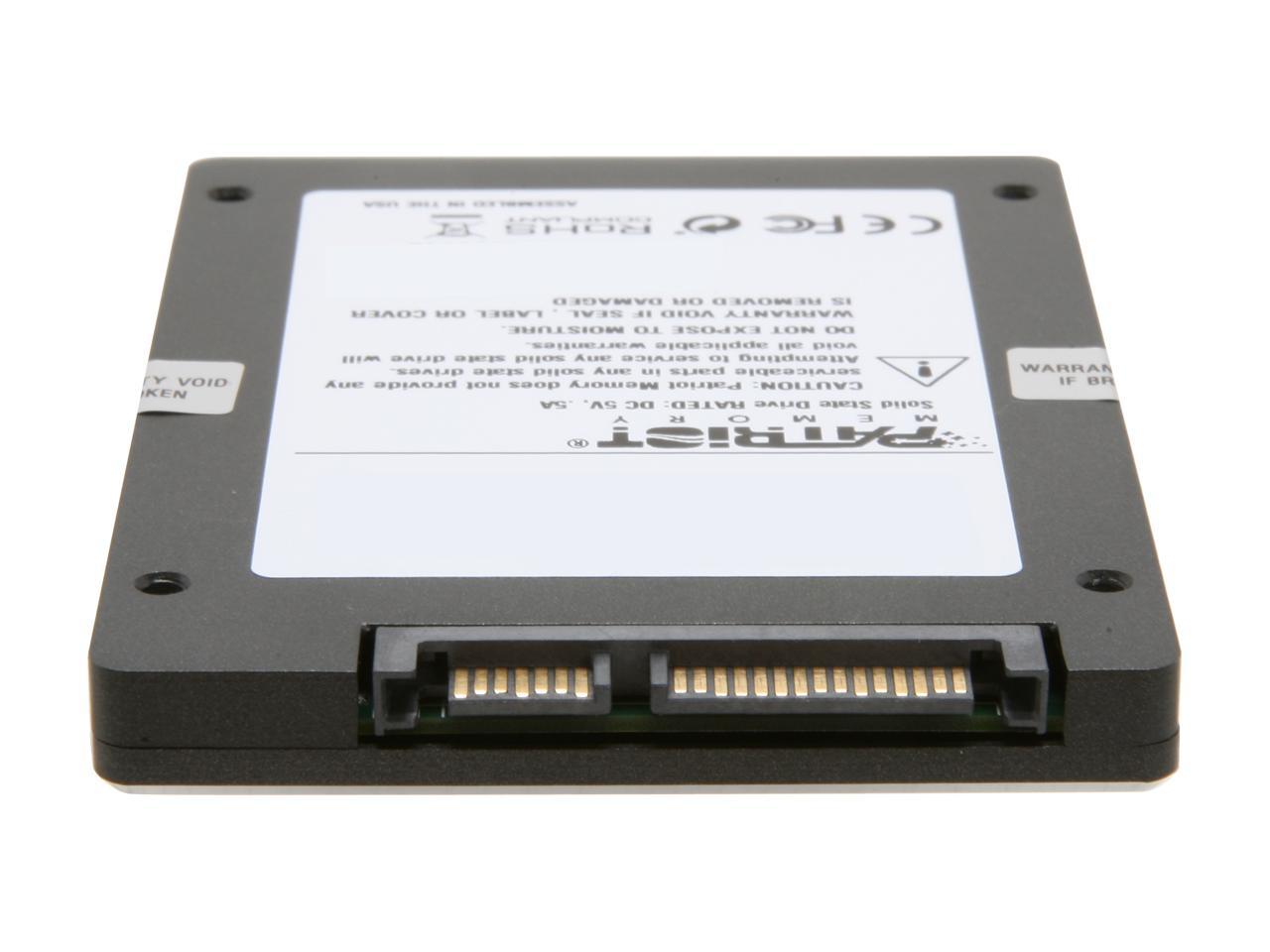 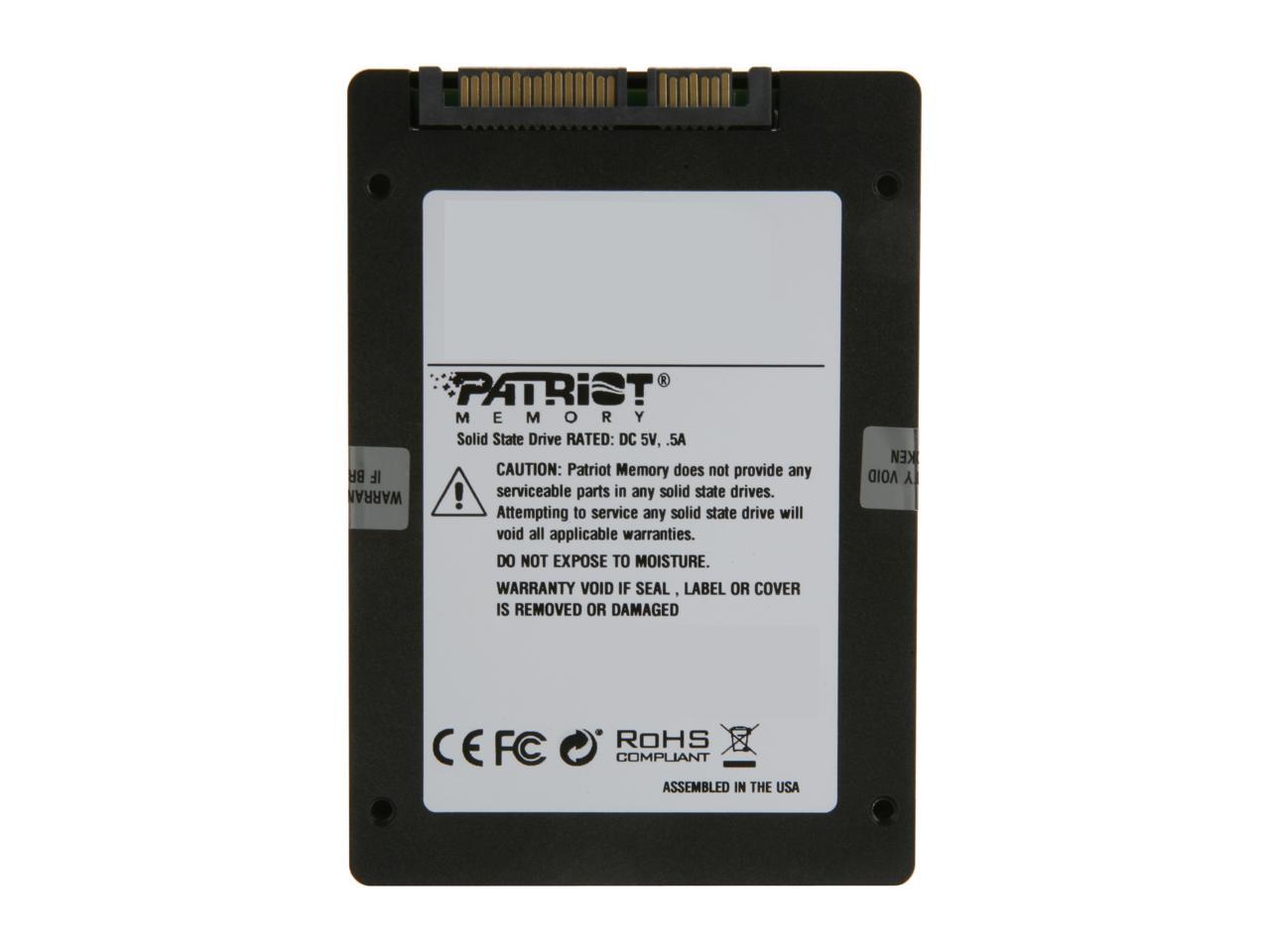 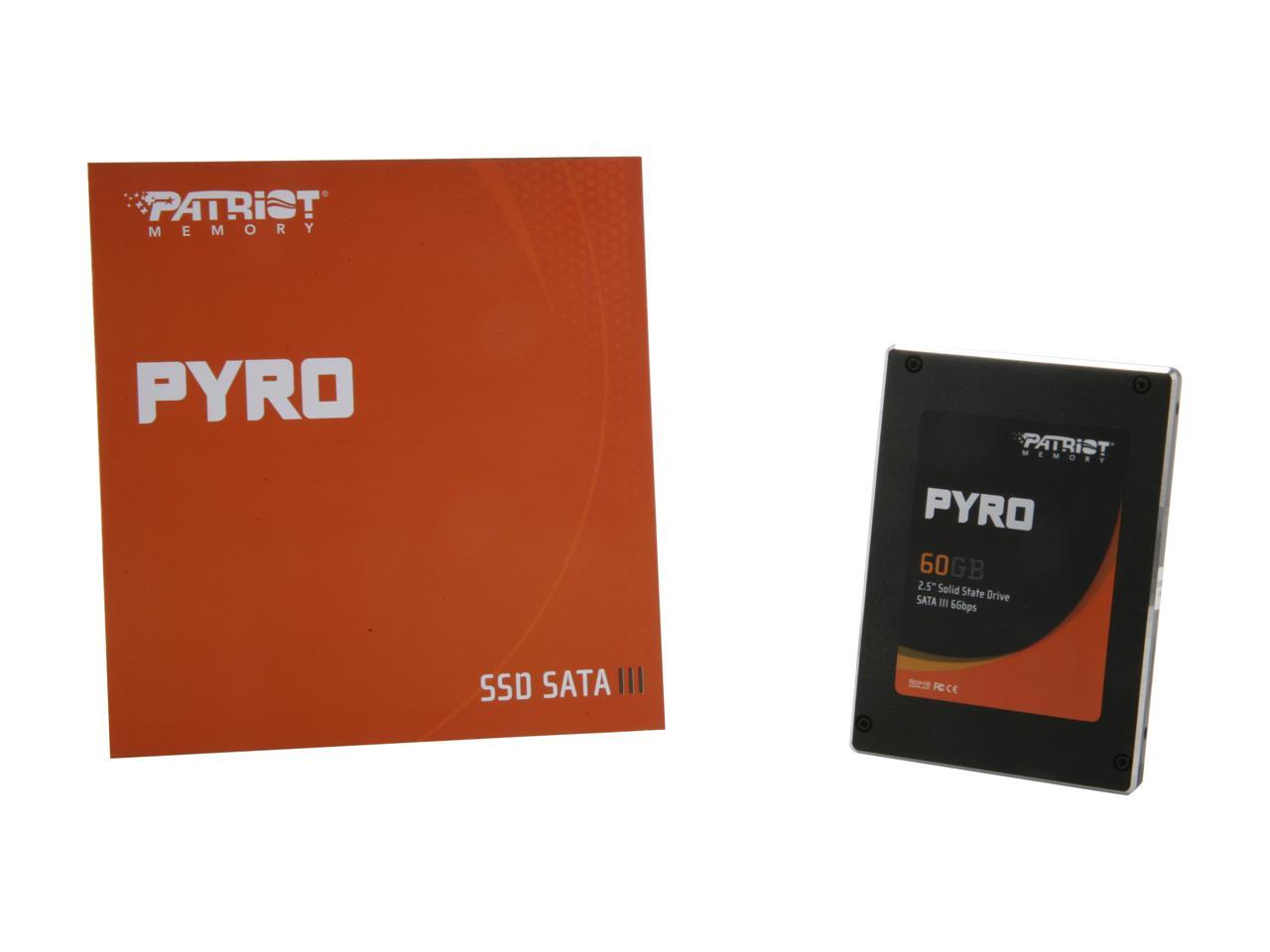 Overall Review: It's fast. No SSD adapter included. Used for customer PC build. Much faith in Patriot as my nearly 4 yr old, 32Gb, Patriot Warp drive is still going. And that drive doesn't have any fancy dancy features to extend life and maximize efficiency. ~55GB formatted. Actually a 64GB drive, but 4GB are set aside for garbage collection and bad sectors. This enhances performance and extends life. Bought an OCZ Vertex3 two weeks prior for my own personal use and this Pyro is just as fast in real world applications. If you don't have a SSD or are using an outdated one like I was...just buy one...greatest investment for any rig.

Pros: Good price after rebate. Great name brand, blistering performance, and best of all...MADE IN THE USA! Patriot tech support is awesome!! I may buy another one of these and run a raid config or wait until next spring and buy a larger capacity drive when the prices come down some.

Cons: Worked well for about a week before I started getting blue screens "KERNEL_DATA_INPAGE_ERROR". First I thought it was memory related but up on more research, I discovered that it was related to the new SSD. Contacted their tech support and confirmed that it was the SSD and it required a firmware flash. Since then, no more issues.

Overall Review: I went from an OCZ 60GB SATA II SSD to this SATA III SSD and I gotta say...WOW!!! From the moment my PC posts, I get to the Windows 7 login screen in exactly 7 seconds. Furthermore, once I login, there is no hourglass before I can start working. All startup items have already started and I'm ready to go. MS Office 2010 starts instantly. In conjunction with my i7-2600K and 8GB of memory...it takes 1/4 the time for video rendering using the SSD. Love it....love it....love it! What are you waiting for...buy this thing! I had to knock off one egg for the need for a firmware flash. Newegg is, as always the best! If you can catch it on sale plus with the rebate, this is a steal! Plus...it's made in the USA!!!

Pros: Very fast drive. Threw it in my laptop and now i go from power button to surfing the web in about 20 seconds... Big programs like Solidworks and Matlab now load faster on my laptop than on my desktop. Need to grab a 60GB one for my desktop now....

Overall Review: A lot of people complain about SSDs not working or not running at advertised speeds. What it really comes down to is your controller (and using the same benchmark that the company uses to rate the speed...). Best results usually with drives in AHCI mode. (Make sure if you're installing windows you set the drive to AHCI mode BEFORE installing otherwise you'll get BSODs and freezing all day long...) I haven't benchmarked this drive yet and don't really plan to (benchmarks are all over the internet) as i am completely happy with how much faster it feels already.

Cons: When it works... it's hit or miss. It's perfect one minute then it crashes for no reason. (I have isolated the problem to this SSD) My speeds are not nearly what i thought they would be, startup is way to long, and i'm sick of not knowing, whether or not it's going to fail on me in the middle of something. ive had it, im going back to HDD.

Overall Review: For $400 you would think that this SSD would be awesome in every way. I'm seriously disappointed...

Manufacturer Response:
Dear Valued Customer, We're extremely sorry to hear that you had some issues with your Pyro Drive. Please don't hesitate to send us an e-mail and we'll be glad to look into the issue. Thank you for choosing Patriot Memory! Best Regards, Benjamin Support@Patriotmem.com Patriot Memory Customer Support
James S.
Ownership: 1 month to 1 year
Verified Owner
Fast and Quiet11/19/2011 2:01:42 PM

Pros: Great addition to my system as a cacheable drive. It really boosts the system performance. Resasonable price.

Cons: No issuues so far

Overall Review: My previous review was about not getting advertised speeds. After spending all night on it, it turns out both AS SSD and Blackmagic Disk Speed were reporting improperly... they must not like my controller or something. they were saying 200MB read and 75MB write. Switched to ATTO and saw as advertised speeds. 570MB read and 480MB write!!

Pros: This drive is fast and worth spending the money. This pyro has my operating system and favorite games installed on it. The boot time is approximately one third of the time. Starcraft II loads in about one fourth of the time.

Cons: The price is not a con, but it could be. My feeling is that if you purchased it, then you should not be complaining about it.

Overall Review: Make sure you initialize the drive. It won't just magically appear. This is what some people are having a hard time with. You just need to know what you are doing. Do not defragment a solid state drive. It doesn't require it.