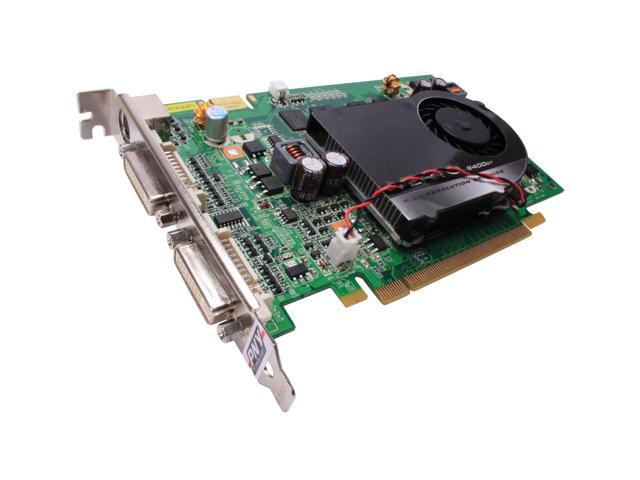 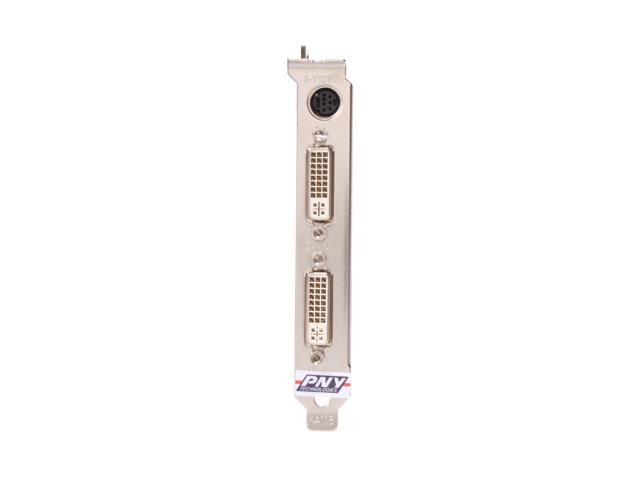 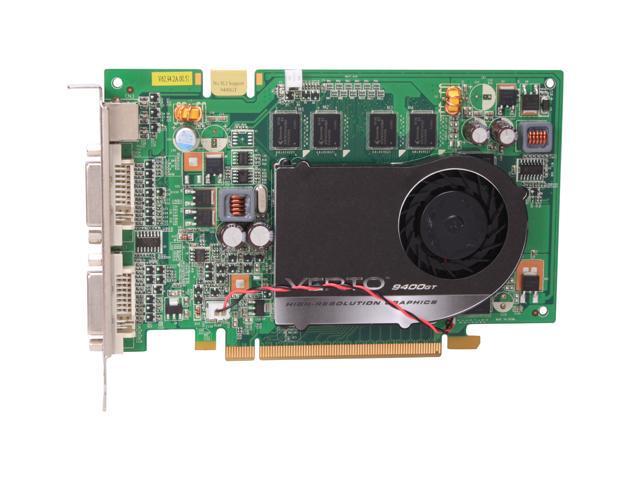 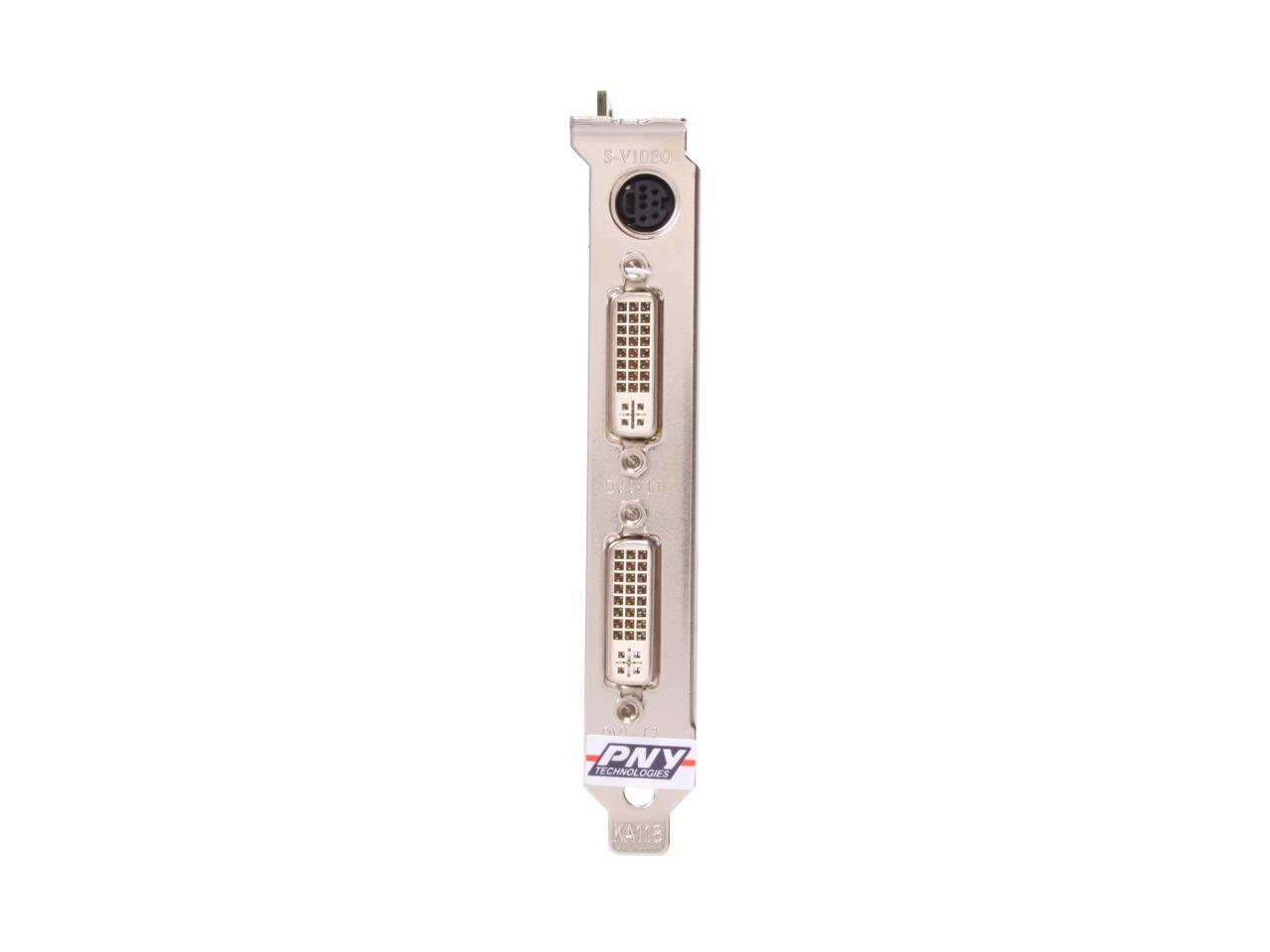 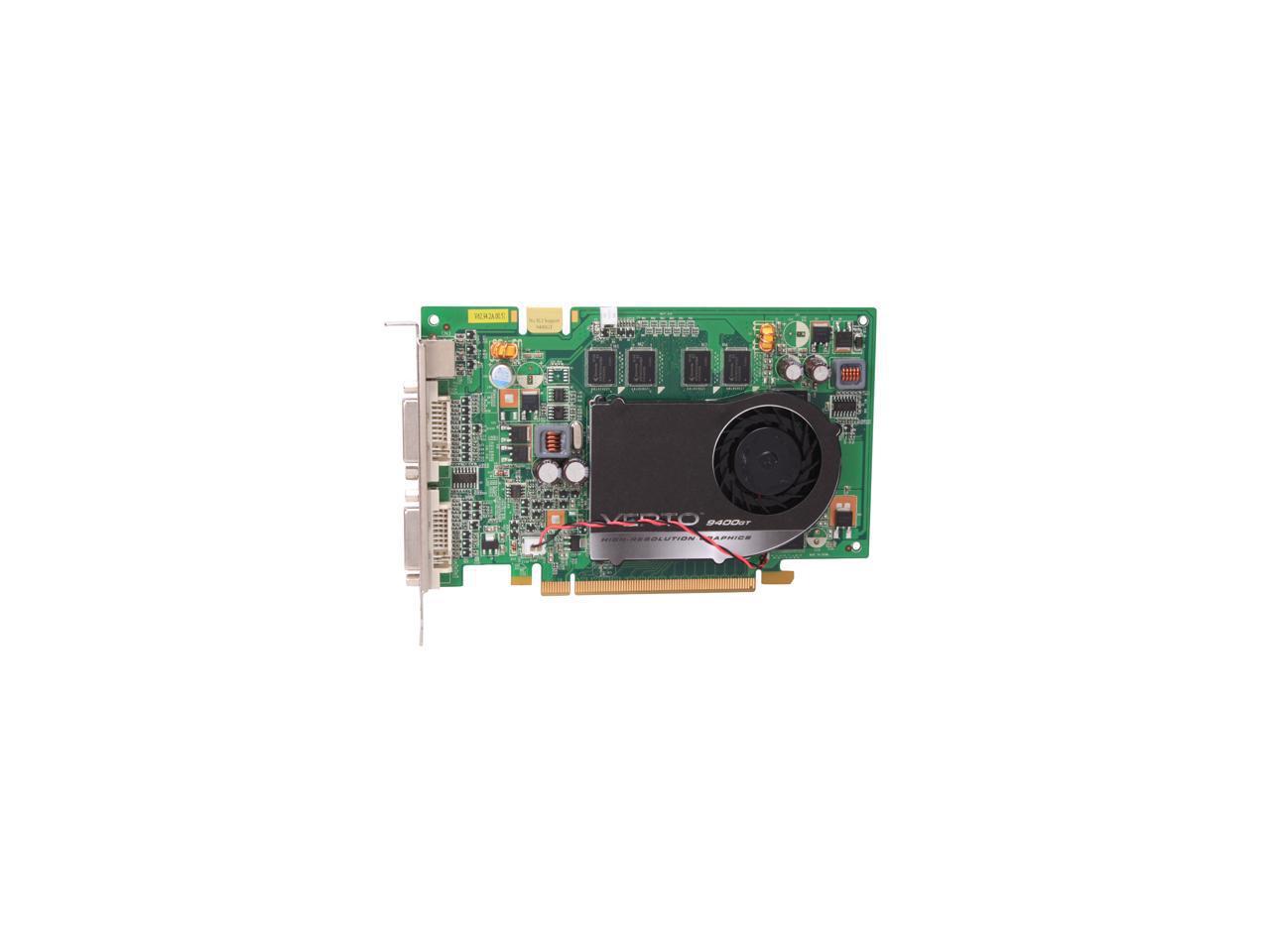 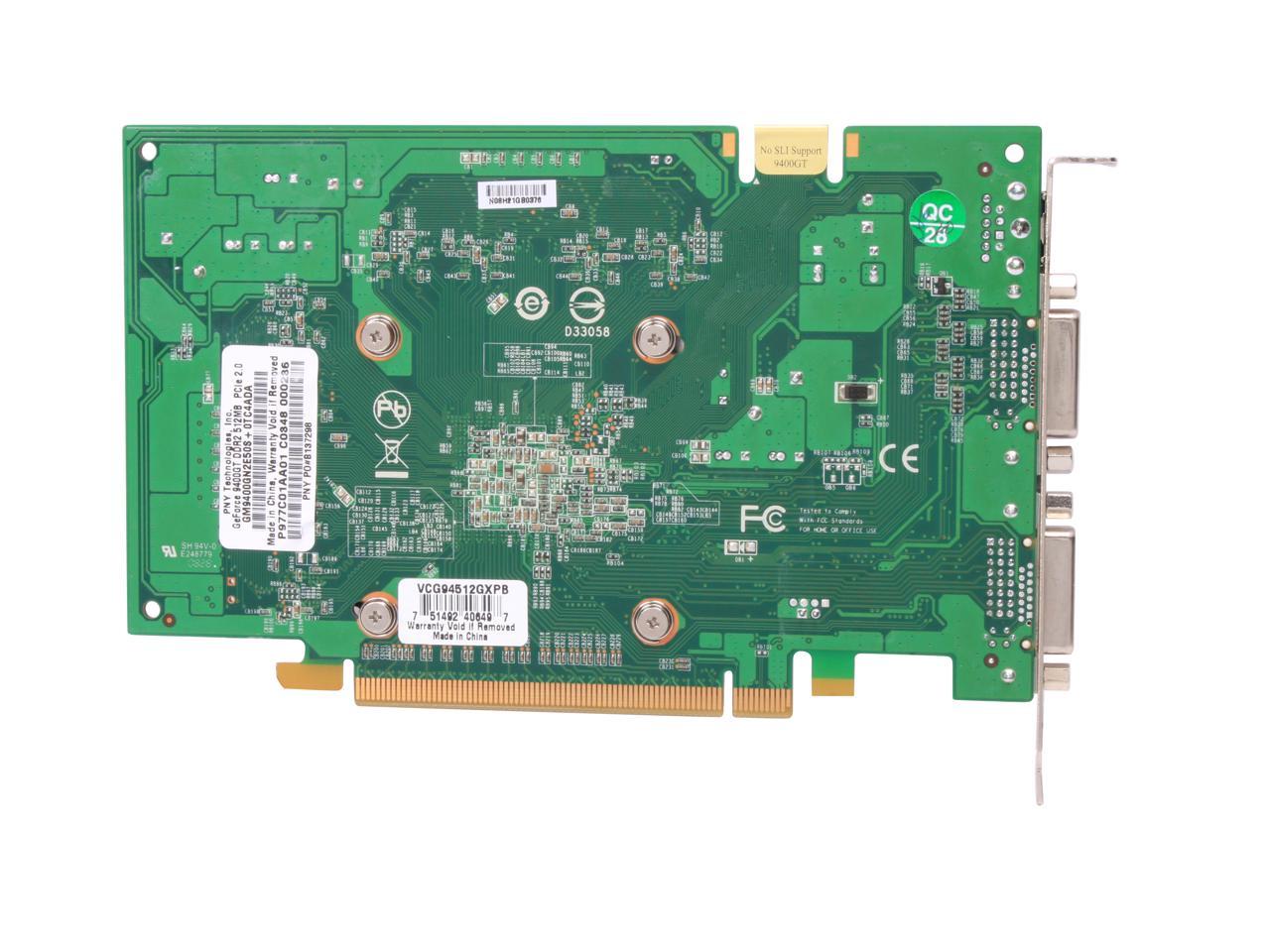 Pros: Good price with the rebate

Overall Review: To get this to work with a hackintosh, all that's necessary is to use STOCK kexts from 10.5.6 (or maybe 10.5.7, haven't tried it yet) Then just load NVinject, properly updated with the NVCAP and Device ID for the PNY GeForce 9400 GT 512MB 100% working. google for details

Cons: The fan is extremely loud and sounds like it is going bad after only a week.

Pros: When it was installed and running properly it seemed to work decently, but its a very low end 9 Series card.

Cons: Within 2 months of owning the card the fan literally FELL OFF the item. I had noticed some slow down, and then my system stopped running. When I cracked open the case I found this Video Card's fan dangling by it's power cable. I'm assuming this is what killed the card.

Overall Review: PNY has a 2-3 year warranty, but I don't trust thiscard anymore and if I can get a replacement from them I will probably sell it someone else or only keep it as a back up card.

Pros: On the bright side this is a 9 series card comparatively has some really food stats compared to other GPU's sold at the same price.

Cons: The default drivers that came with the card work great, but the ones off the Nvidia site DO NOT WORK. This is a huge annoyance for the card since the drivers on the CD are 1+ year out of date.

Overall Review: Good FPS for the price. For $60 I upgraded my card and now get an extra 150 fps then the 8 series card I had (now around 300+ on DOD:S, ZPS and CS:S). This is a temporary card to replace my other one that burned out. In retrospect I would not have bought this card... steer clear of lower end 9 series cards, they tend to have driver issues.. if you get 9 series get a 9800. My other 9800 cards from BFG and XFS have no issues.

Cons: *Price is a bit high for an older card *Cheap fan broke after a month of use

Overall Review: I got this about 2 years ago as an upgrade to the integrated GeForce 6150LE on an old Dell Dimension E521. With a 300w power requirement, it is the best graphics card I could find without having to upgrade the power supply as well. At the time it was an uber upgrade and ran Oblivion on high graphic settings and generally made all my games run smoothly and look nice and shiny. Even 2 years later, it is still running just fine with no errors at all. I can play Skyrim, Total War: Shogun 2, and Civ5 smoothly on lower settings. My only complaint is that after a month or so the built-in fan started making a horrible noise and eventually stopped spinning completely and had to be replaced. It's a decent card but fairly dated now; you can probably find something better for a comparable price.

Pros: Got here very quick and worked perfectly for what Strutmasters is using it for.

Cons: 1 out of 3 cards ordered did not look like what was in the picture. but was the same card.

Overall Review: Cant get a better card for a better price. WILL be ordering more!

Pros: Good card for the price. Nice feature set, and it's great that the necessary adapters are included. I'm driving 2 HP 22" monitors at 1680x1050 over DVI with this card, and have only minor complaints.

Cons: Card/driver combo is a little slow. This is an office PC, and I can watch redraws as they occur (though it's not painful). The nVidia driver software appears to be partially at fault. But for $cheap it certainly does the job.

Overall Review: it was o-k