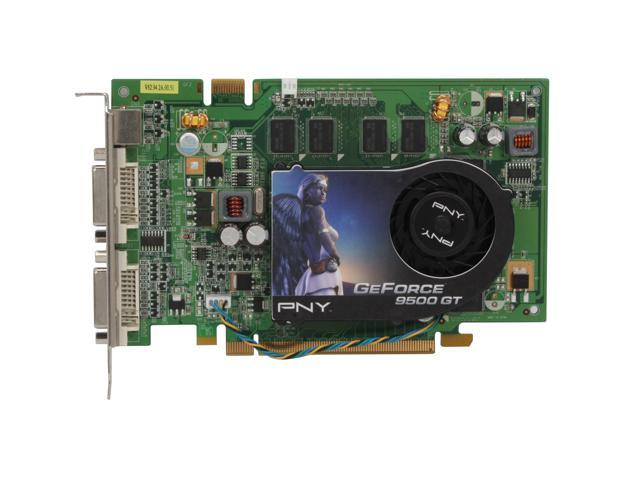 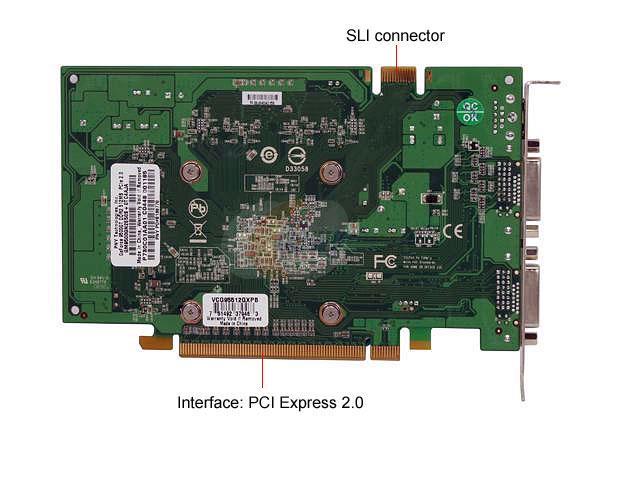 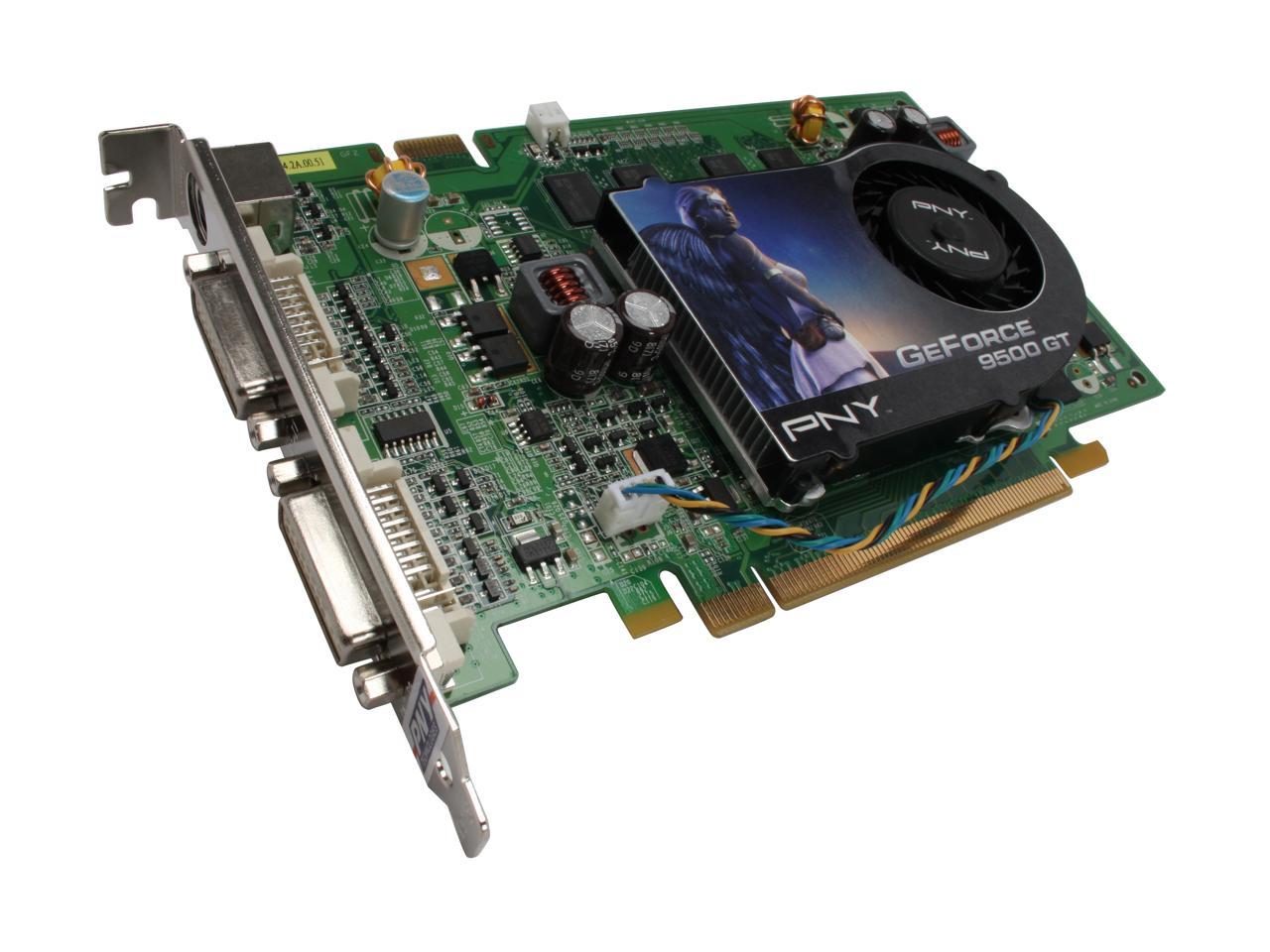 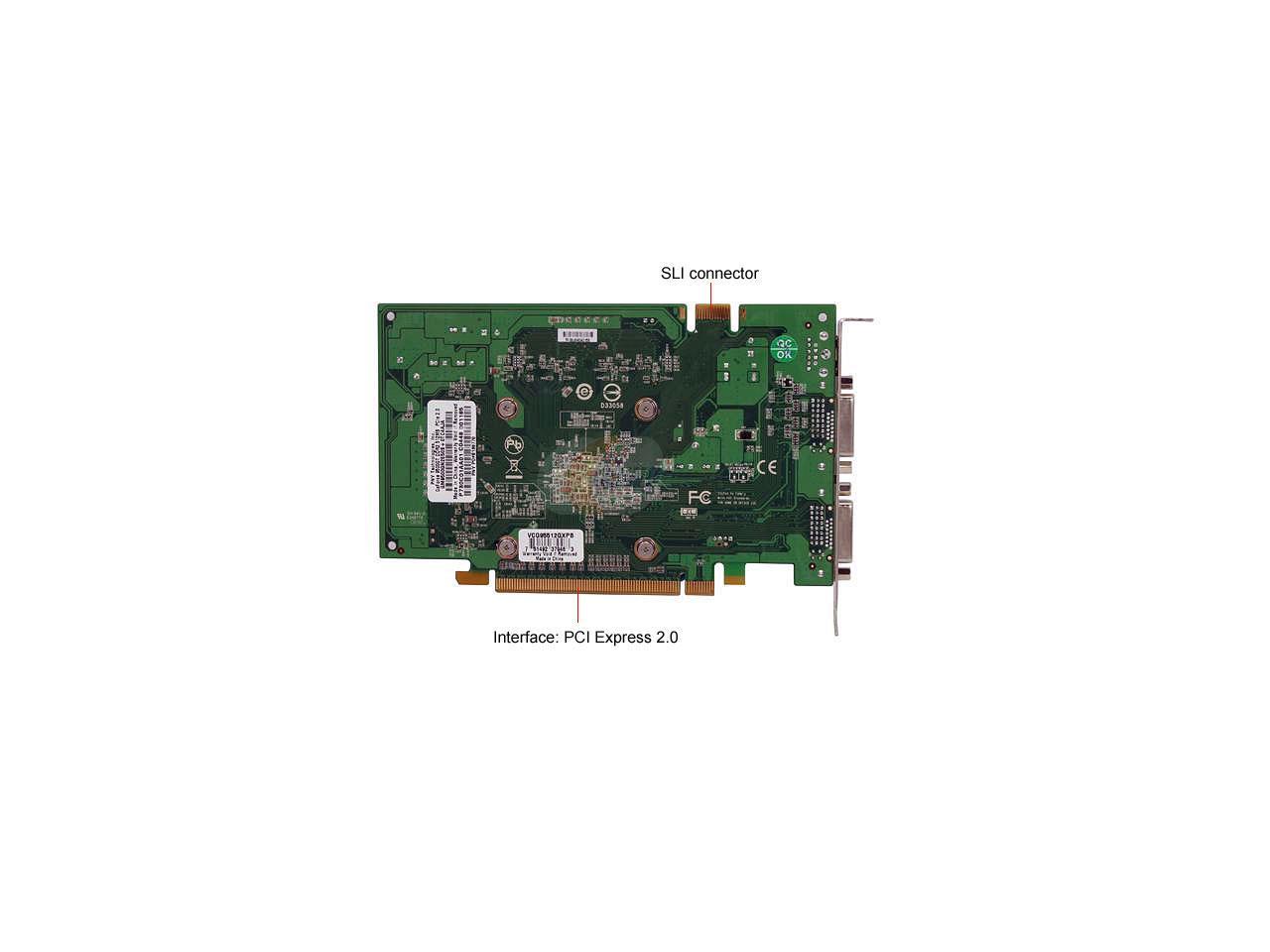 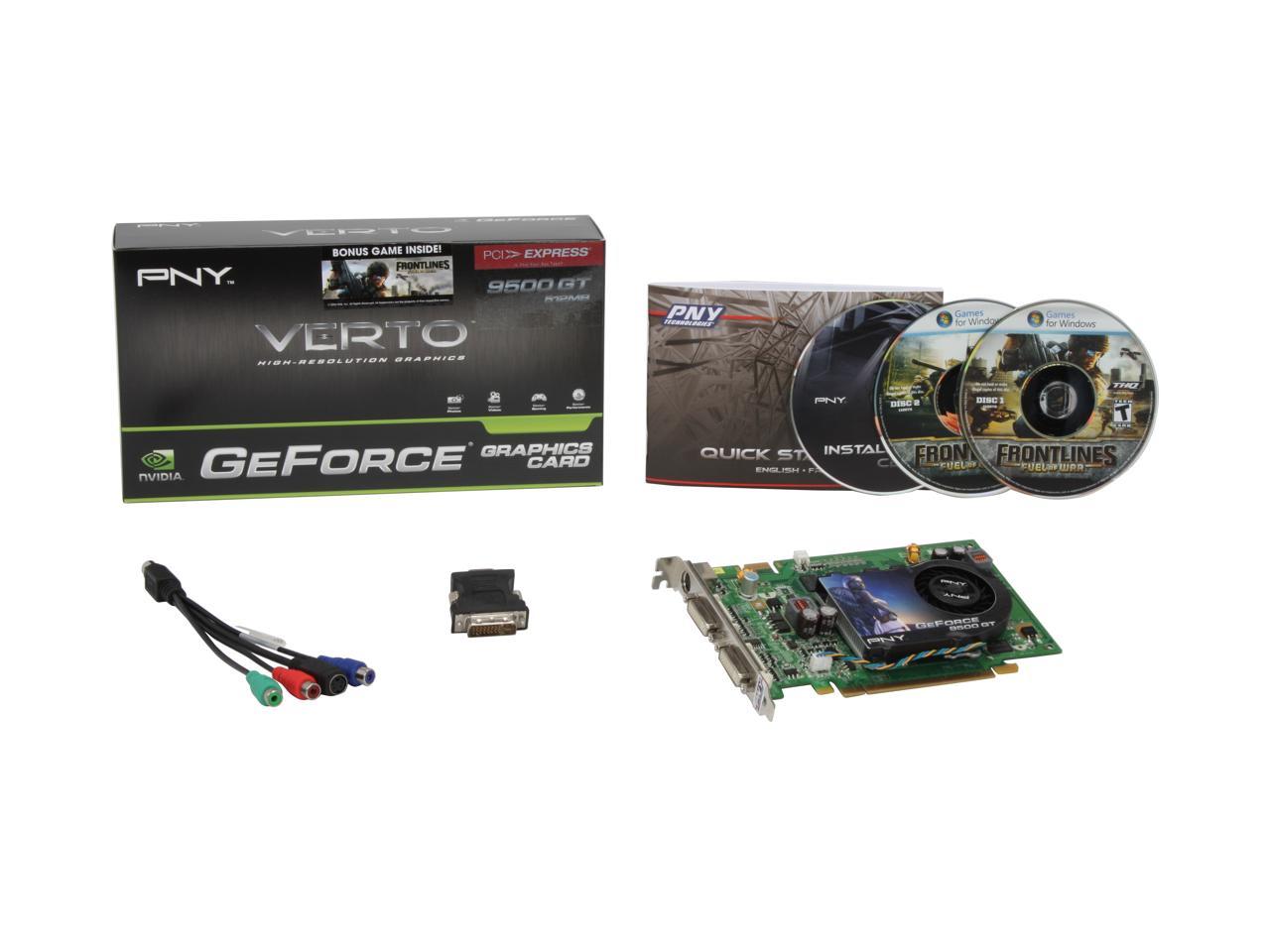 Pros: Booted up with no problems. Temp is very low, I haven't seen it go higher than 51C. Works fine with XP Pro 32bit, Vista 64Bit and Ubuntu 64 bit. Price is amazing for what you get. I got it during Black Friday with a discount from Newegg and PNY $40 rebate, I was quite happy. I was able to run Bioshock with no problems though I'll have to admit I dont play very taxing games so I cant say for sure if you can play it on high settings because I didn't try. PNY gets you their rebates very fast! Most games I have tried runs at about 30fps according to Fraps. Since I play mostly adventure games, I've had no problems with any game, temps are low and no freezing or drops in frame rate, no crashes, very stable and dependable. It came with a nice adapter if you need to run vga for kvm switches.

Cons: I dont know if I am just a bit sensitive to loud noise but I think this fan on the card is a bit loud. Of course it could just be me since my case had 120mm fans (2) that made NO noise upon booting so the vid card fan stood out a lot when I installed it. So dont expect silent even though its a low temp card. I ran it for a couple of days straight and eventually the noise became low enough to ignore, like those 80mm fan's whooshing noise. It also had an odd bend to the metal edge of the card, I thought maybe I had gotten a used card but I think in other photos I saw it had the same bend so maybe that is just how it's suppose to be.

Overall Review: PNY is great with rebates. I also got my $40 rebate 2 weeks exactly from the date I mailed it out. You only get to try out the card for 3 weeks before you have to send the rebate out so make sure you read the requirements on the rebate. Make sure you write down the serial no from the actual card before installing, you need it for rebate and registering with PNY so you can get the extra 2 year warranty. This was the fastest I ever received a rebate. For the low budget gamer that wants to play a few newer games it works just fine but dont expect it to play Crysis on high, this is not the card. Also with this card you wont need to worry too much about you power supply. You wont need to change your psu as long as its relatively decent, I think it can be as low as 250 watts but not sure exactly. I would get at least a 300 watt. Mine was fine with a 450 watt.

Pros: Does exactly what I want it to without costing a lot of money. Runs Counterstrike Source on High detail with no problems whatsoever, and even runs UT3 at a very pleasing speed.

Cons: Didn't look like the image shown. Sure, it's not really a tech problem, but it just bugs me.

Cons: Newegg removed the link for the $40 rebate that motivated me to purchase this card within days. I had to spend considerable amount of time looking for it in new egg site in vain. I got the feeling that they didn't want the customers to find the rebate after purchasing the product. I was able to find it in other sites though. I realized that I should have saved the 'rebate form' at the time I purchased this.

Overall Review: I received the $40 rebate from PNY within two weeks. Within about 10 days of mailing in the rebate, I could see the status on the PNY website. I was really impressed at how fast and efficiently the rebate was processed.

Pros: Could not run Fallout 3 on my existing computer so I purchased this card and after I installed it the game worked on high quality settings. Good card for the money. I only have a 305 watt power supply and hope it will work smooth for a while.

Cons: only crashed once but it could have been for some other reason.

Pros: great card didnt buy it from new egg got it at a store in town for a pretty good price although i do see it a littlle bit cheaper here. had a issue with some games that i play cs, css. was running with a 6200 gt turbo cache good card for a 256. upgraded to this card and everything ran fine and still is!!

Overall Review: must buy if your looking for a good card highly recommended

Pros: Great card for the price. Installed in a few min. without any problems. Running on a Dell 531, Vista 32bit OS, 4GB of RAM, 630Watt power supply. Works great with high resolution games. No problems to date.

Cons: I used a DVI to HDMI monster cable, and not only it does not output the audio through the HDMI, it outputs noise instead, which increases in loudness as the GPU load goes up. I had to mute my HDTV in order to use this card.

Overall Review: I am not sure it is Nvidia 9 series issue or PNY implementation issue, but I had a 7900GS from another mfr and it did not have the noise issue in the same computer. The PNY engineer from another review that said HDMI is not support is just trying to avoid dealing with the support. DVI and HDMI are compatible, and no mfr in their right mind would include HDCP to use on DVI monitors only. I can live without the audio pass-thru from HDMI as my sound card is connected to my receiver, but I cannot stand the noise on the HDMI output to my HDTV as I need to constantly adjust the volume when I change source. I think it means I am ditching Nvidia and go with the other camp.

Cons: Component hookup not very stable & not clear; hdmi is not supported even with dvi-to-hdmi cable

Overall Review: I'm trying to hook up htpc to Onkyo 705 receiver which outputs hdmi onto HD projector & HDTV. This card's component hook up is not very stable (flickers at 1080i or above) and mediocre at 720p. I tried it with dvi-to-hdmi cable and there is no video after vista loads. Played with drivers & setup and still no video. Support engineer from PNY (John Vera) finally replied to my email/question(after 5 days) that "hdmi is not supported and cannot be used with this card"(even with dvi-to-hdmi cable). I did more research and most people have issue with hdmi with nvidia based card. I got a Diamond HD 3650 and ATI CCC is so much easier and so much better. I had no problem whatsoever with the 3650 card and it worked nicely with Onkyo 705 receiver. 720p/1080i/1080p all works properly with either dvi-to-hdmi cable or component and looks awesome. Hope this helps if you are looking into hooking up to a HDTV.