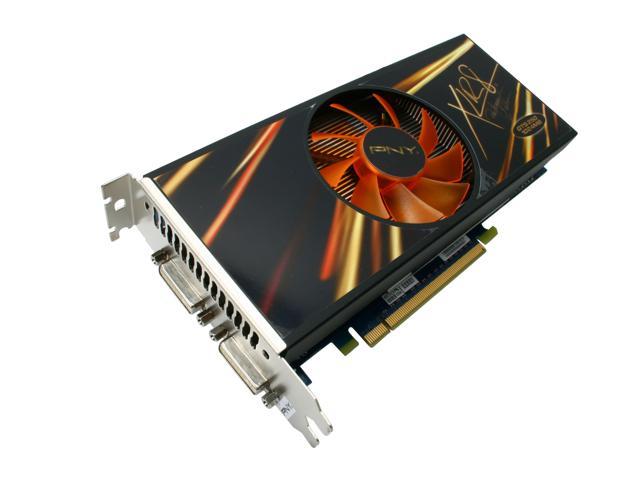 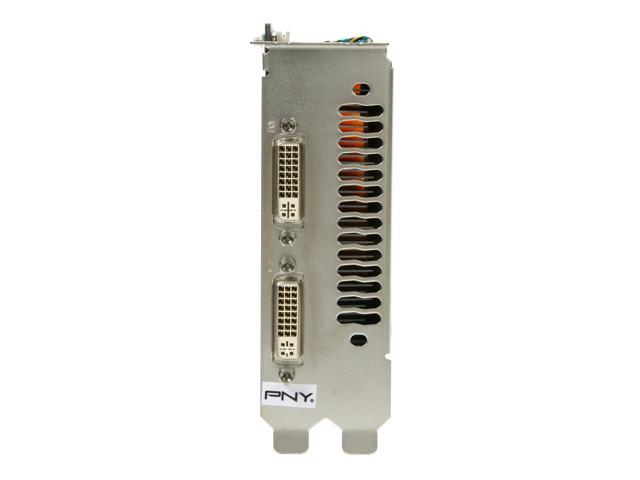 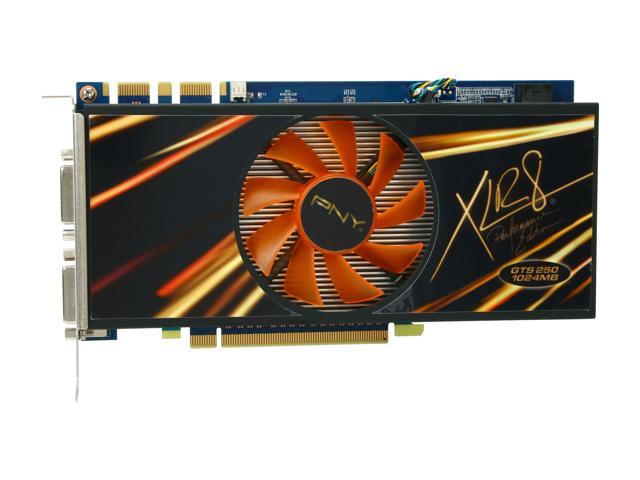 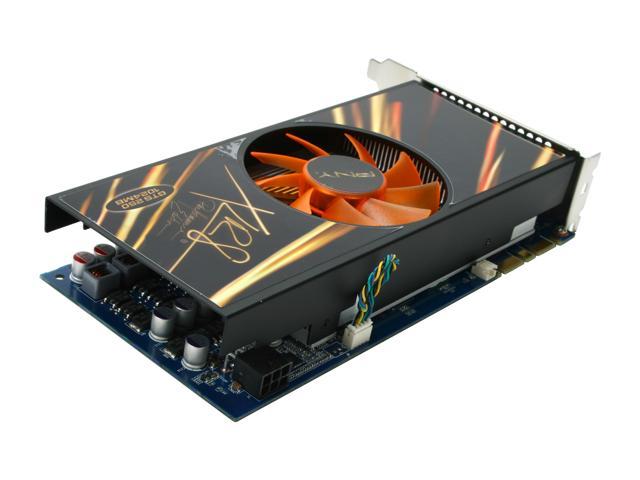 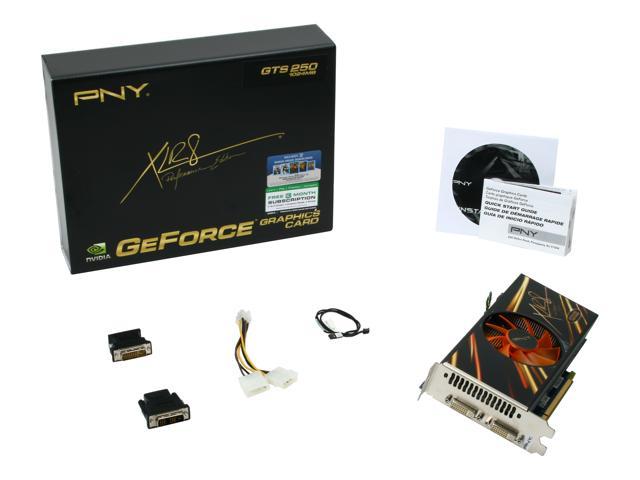 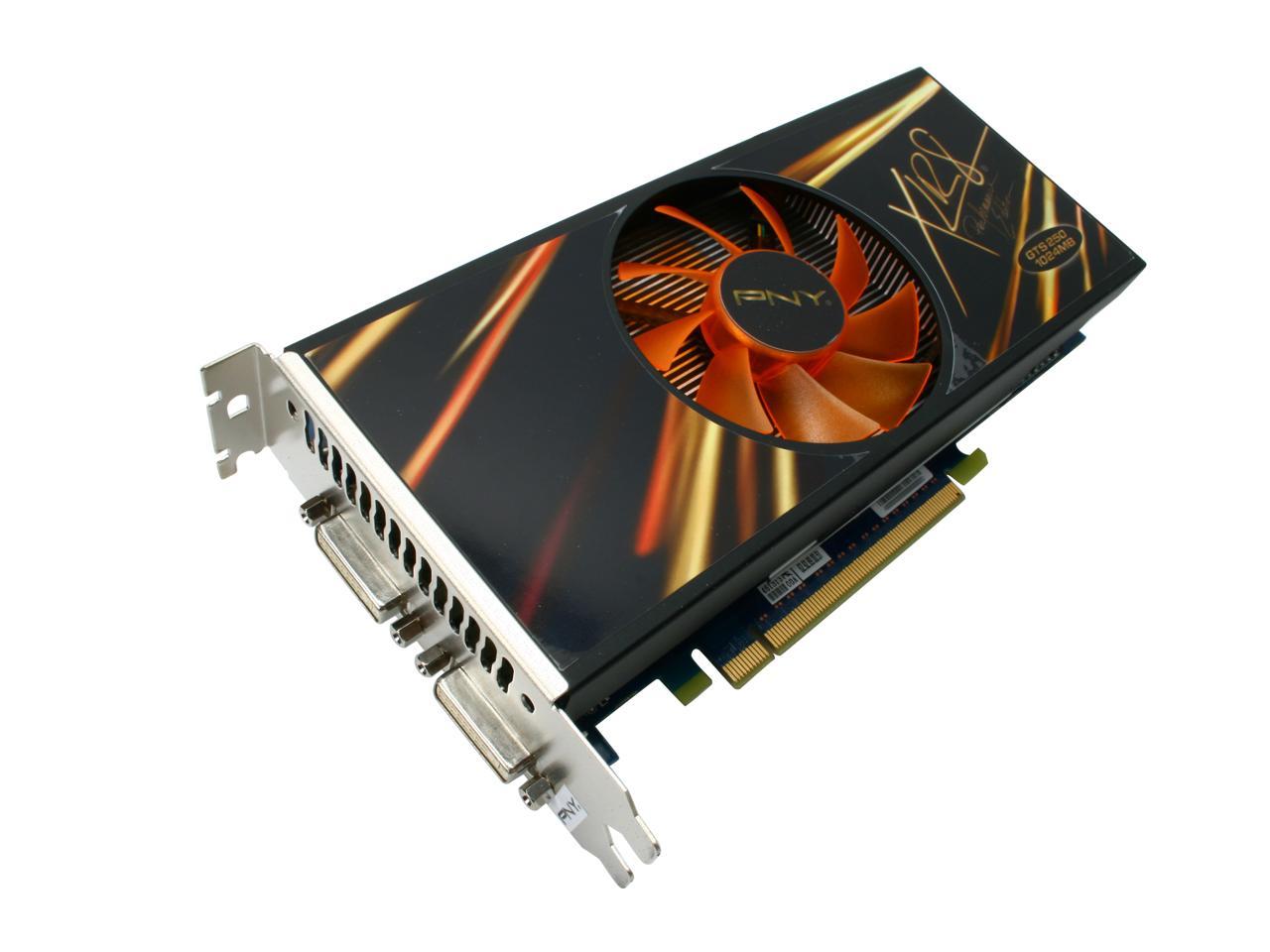 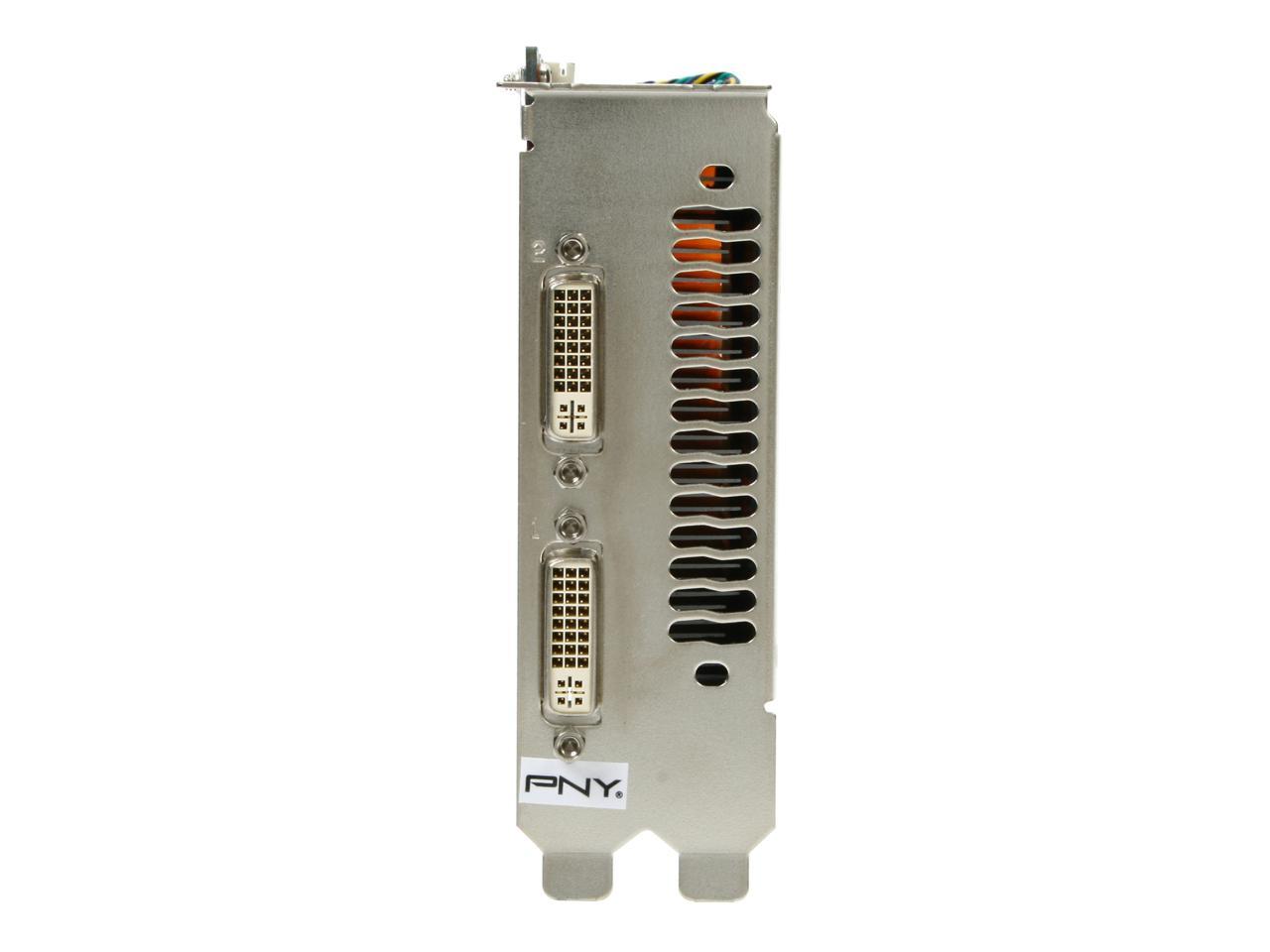 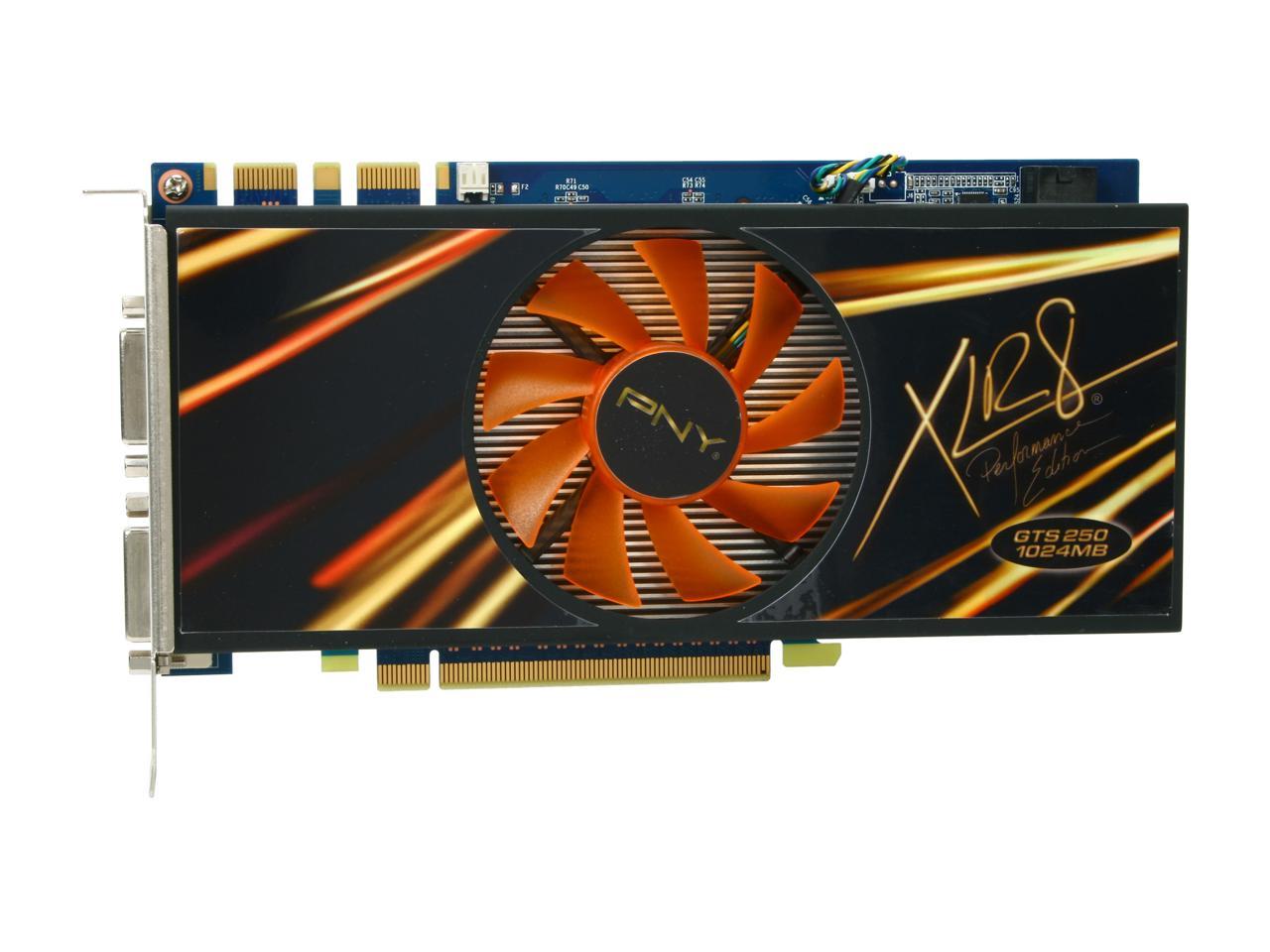 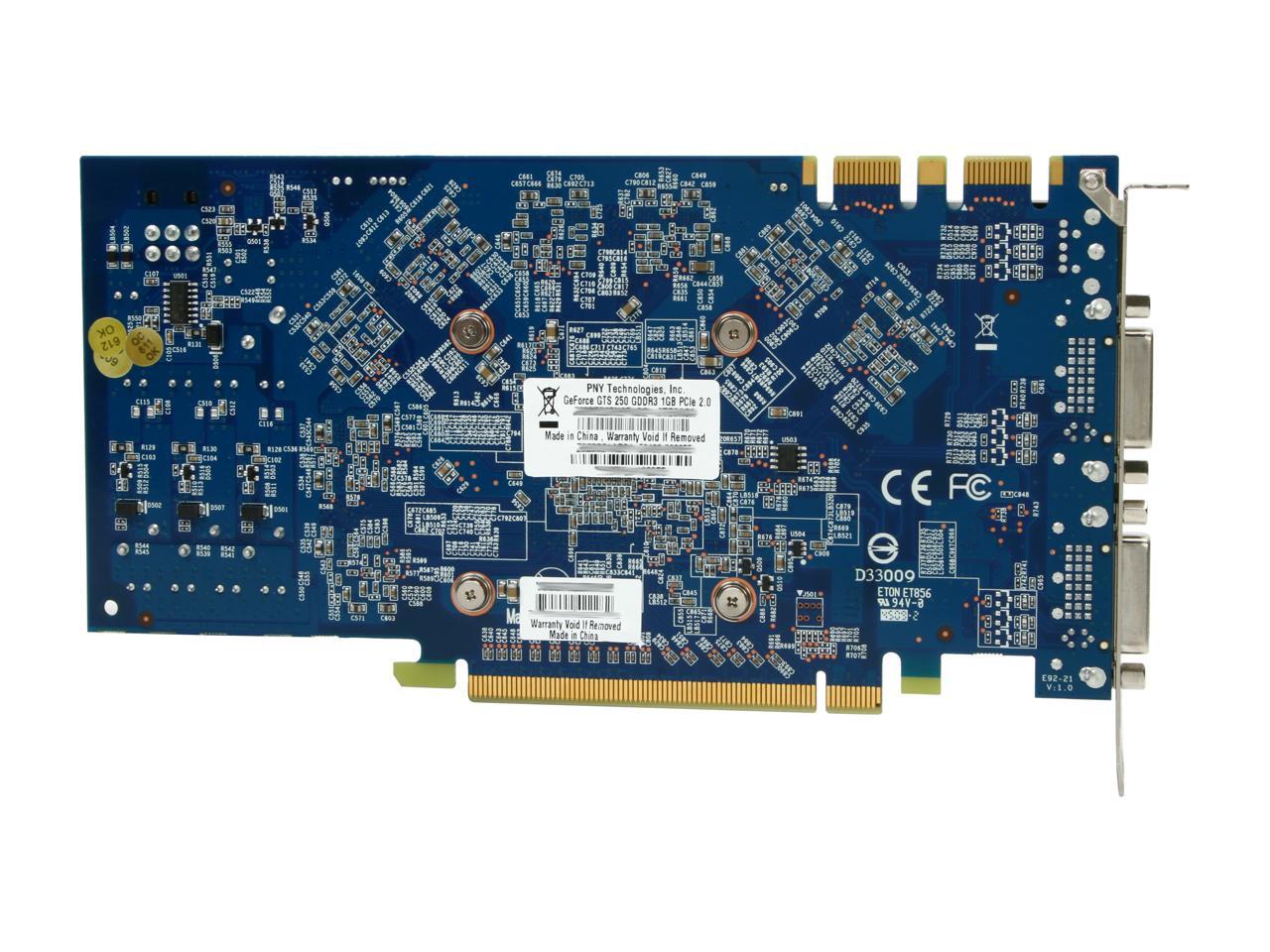 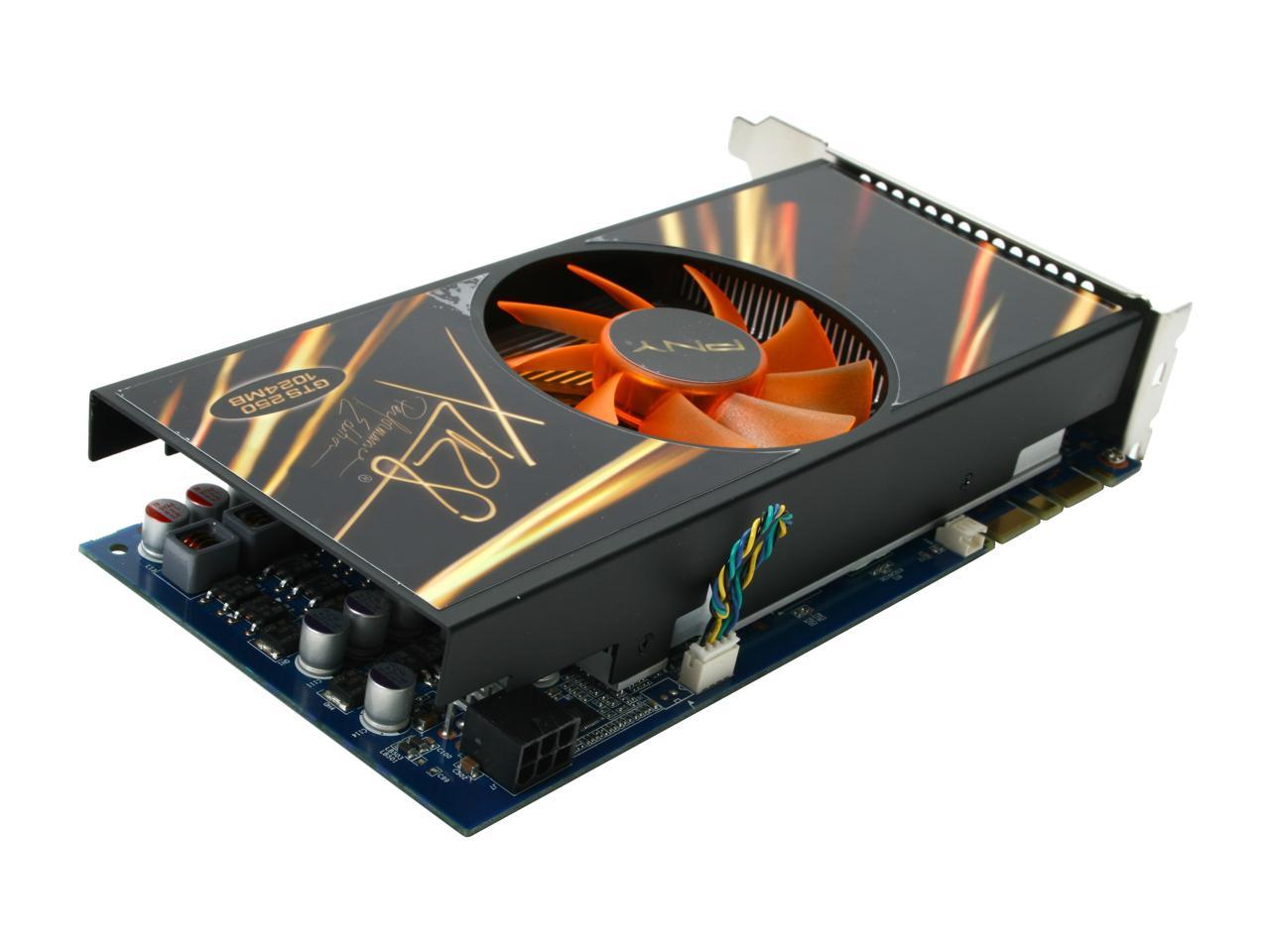 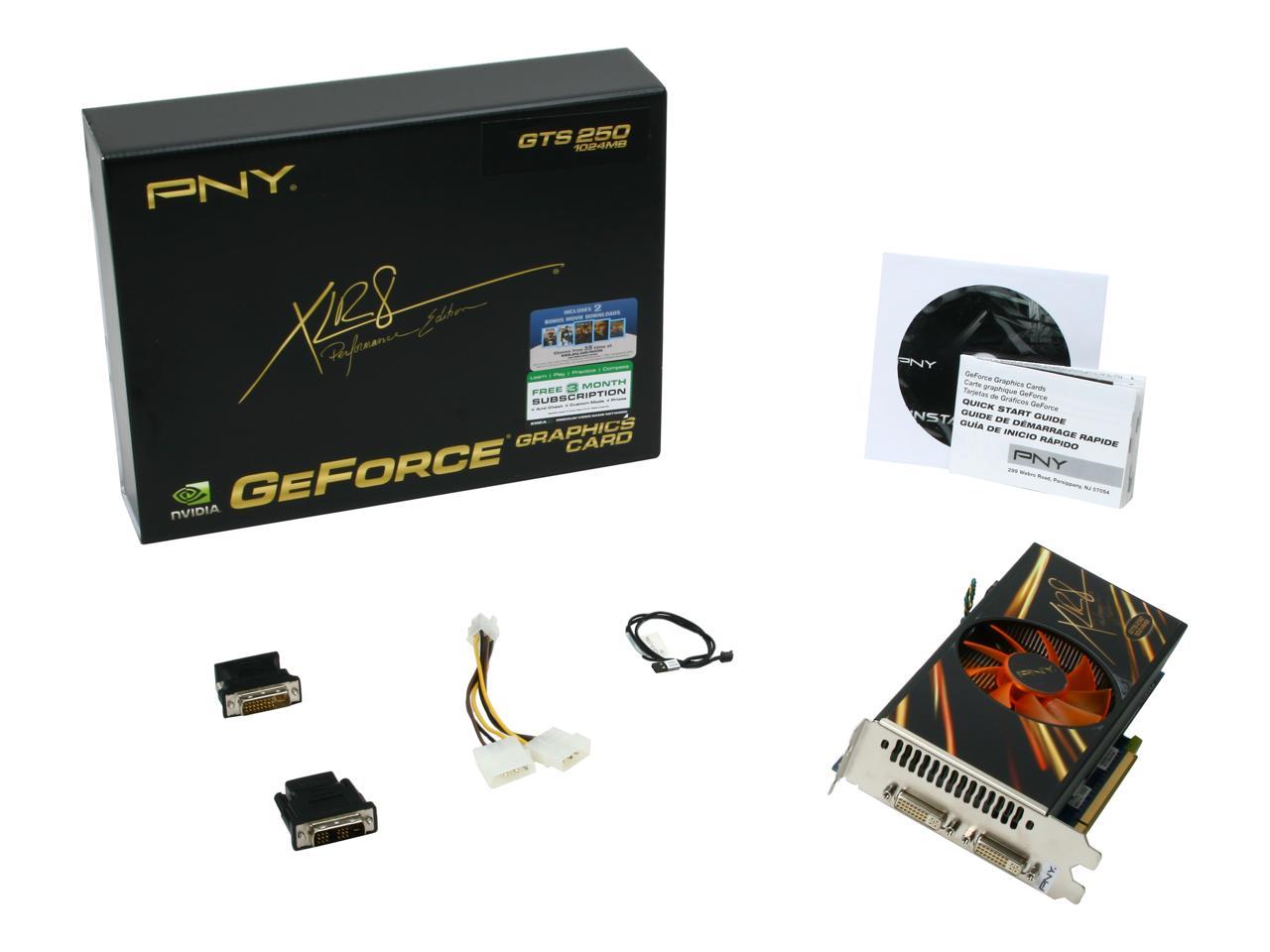 Pros: Works amazingly well, gets warm but does not overheat. It will most certainly get the job done. Runs most, if not all, video games on high - ultra graphics settings.

Cons: The card is a bit big; I had to maneuver cords and a lot of the internal "guts" of my PC around so everything would fit properly.

Pros: Very nice video card for the price. It definitely isn't as fast as some of the other new GTX cards, but with my older 1280x1024 resolution monitor it's cable of running every game that I play on max settings while stile having 100+ FPS.

Cons: It does get a little loud with the stock cooler when you're running the card in 3d games. I ended up getting a thermalright t-rad GTX cooler to run on the card and now I never see more than around 45 degrees even under full 3d load with almost no noise at all!

Pros: Biggest pro for me: I had a Thermaltake Duo-Orb cooler on an 8800GT and this bolts right on it due to 9800GTX+ design of card. It wears it it well. PNY rebates work.

Cons: Too many paper stickers on the back of the card? I'm grasping for straws here.

Overall Review: I am a graphics pig on heavily modded rfactor, NR2003 and GTR2 with 40 cars or more on the screen that was over 700mb of VRAM used, choking 512mb cards. Not anymore. And for just over a fin? Solid value.

Pros: Wonderful performance. No overheating even when overclocking. And PCI Express is the way to go. For my gaming purposes, this card was great, especially for the price. Running all my games at ultra settings with the exception of a couple, but they're still at high, so nothing to complain about.

Cons: Could use fan control on the drivers. Sucker is loud when booting up, but quiets once fully booted and stays that way, so not really a big problem. Just something to mention in the con area. :P

Overall Review: I'm pretty tech savvy, but I can see where this card would be easy to install for someone who isn't. The big size might throw some people off. Just make sure the slot below your PCIe slot is open and you'll have no problem. :)

Pros: Great card for the price, let's me play Crysis on very high settings with no problems, big upgrade from my 512mb 8600gt, the card actually isn't that long for a 250 , dimensions are 8 1/4 inches long, 4 1/2 wide(including pins), and 1 1/4 inches tall. Couldn't find dimensions anywhere so figured I'd include them in the review. Also I have no idea about the noise other reviews were talkin about, but mine doesn't seem to have that problem.

Cons: No native hdmi, but does include adapter. I was using Ntune program from my old card to overclock it, but I did an update and it put a stop to my overclocking. No real major cons I can think of, except maybe it isn't dx11 compatible.

Cons: After a few months my monitor would randomly blink and then shortly afterwards the crash would come. I was using a Phillips HDMI switcher so that was my immediate thought for the problem. Exchanged it for a new one and the exact problem persisted. For a while I thought my monitor was going out. While I'm searching things that aren't the problem, more time goes by and the blinking screen and crash started turning into the BSOD with a host of nv4_disp error codes. I installed updated drivers, no dice..deleted drivers and reinstalled...still same issues and getting worse. Deleted email contacts and anything that could possibly contain a bug. I ran every virus check known to man and made sure there were no registry errors, so I thought... maybe the video card is bad. It had crossed my mind previously, but I just didn't expect the card to be bad since it was supposedly a great card and everything had worked fine the first few months. Then I got introduced to the PNY customer "support" team.

Overall Review: The first person I spoke with at CS told me they would ship me a new upgraded card for all of the hassle I went through, after I sent mine in, but he didn't give me an RMA, instead told me to contact another CS rep to get the RMA. After multiple attempts I finally get to speak with this person and get an RMA, but he tells me I can't get an upgraded card just a "new" replacement of the one I bought. OK that's fine and reasonable. In the mean time I go to Best Buy and get the cheapest ATI card that would do 1080p-get absolutely flawless performance, automatically installed the drivers and no issues with the machine or crashes whatsoever entire time it was in. So I get the PNY card back and it's a dull black refurb card with a case that has no retail markings and a big "Refurbished" sticker on the pcb. I talk to the supervisor requesting the new card I was promised, which is what I paid for, she totally refuses, that was it. Meanwhile "refurb" crashes on a daily basis. PNY, never again.

Pros: Price vs. Performance one of the best cards on the market. 1 gig verson offers more memory to use as a buffer and its only 10 bucks more.

Overall Review: this is a 9800 gtx with a smaller power requirment and more memory. best of all it sells at a cheaper price. whats not to love. bought it to replace a 9600 gso and the difference is almost day and night. unless you are crazy rich or crazy into peformance then this will fit the bill for you. two of these to sli is cheaper than a 285 gtx and works better than the 285 at higher resolutions.

Pros: Great FPS on almost any game maxed at most resolutions. I run a monitor at 1440 x 900 and modern warfare 2 runs at about 60 to 100 Frames per second with everything maxed and 4X AA. Pretty much can max any game except crysis and a few of the poorly optimized port games. If you just wanna play all the games at great settings this is the card to get. Install is a breeze, and has low power requirements.

Cons: Not DX11, but its cheap and high quality so who cares. We don't really have anything to show off DX 11 yet anyway. Big, but not really any bigger than my Geforce 8800GT.

Overall Review: Great card for the money, if you're more into getting to play games at settings that look way better than consoles, without spending 500 bucks, this is the card for you.