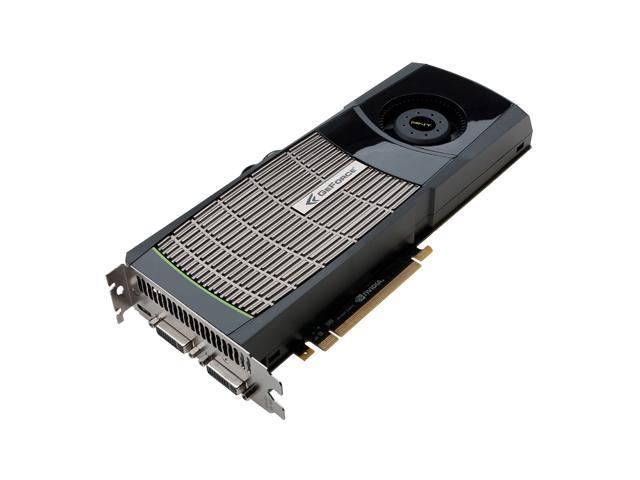 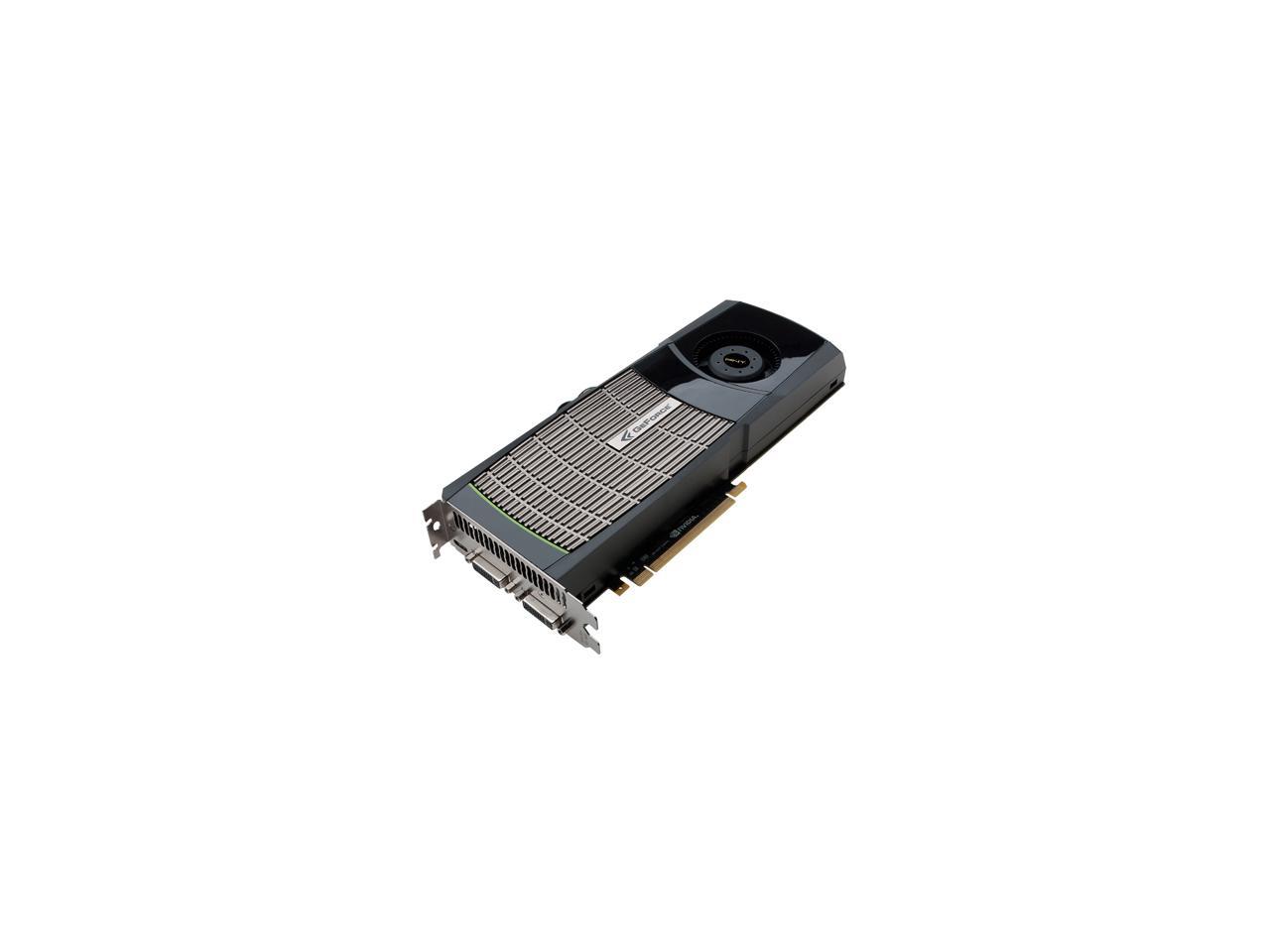 (13) Write a Review
See more "gtx 480"
In stock.
Ships from United States.
Most customers receive within 3-8 days.
Overview
Specs
Reviews
Next-generation gaming has arrived. NVIDIA GeForce GTX 480 gives your games an adrenaline shot with the world’s fastest performance and futuristic, visually-stunning graphics. Experience heart-pounding, cinematic visuals on your favorite games with the combined power of DirectX 11, CUDA, and NVIDIA PhysX technologies. And expand your visual real estate across three HD displays in jaw-dropping stereoscopic 3D for the ultimate in immersive gaming. NVIDIA GeForce GTX 480: pure adrenaline meets visual bliss.
One year warranty will be extended for the lifetime of the original purchaser upon completion of product registration. Products can be registered on PNY’s website at www.pny.com.

Pros: Can play Battlefield Bad Company 2 maxed out 32x AA with no issues! I upgraded from a GTX 275 SLI configuration to this single GTX 480. Don't let the brand fool you, 1. The card is the exact same card you receive from the other distributors, EVGA/Asus/MSI/Zotac/etc, etc, etc. The stickers are the only difference between buying PNY or another brand. 2. PNY offers a Lifetime Warranty if you register your card within 90 days of purchase. This is 60 days longer than EVGA gives you to register the card. 3. This card comes packaged in a nice, padded container. 4. PNY gives you 5 free HD movie downloads via a peel off sticker on the outside of the box. 5. This card works with the MSI Afterburner 1.6.0 Beta 4 software, so just because you buy this brand doesn't mean you can't get fan/overclocking control software. The Afterburner software is free and has more features than EVGA Precision software anyways. Card idles at ~47c and ~75c during Bad Company 2.

Cons: The card does run hot, but with proper case cooling, it's not an issue. This card's not producing more heat than my GTX 275 SLI setup was. Nvidia says the critial temp is 120c, so 75c while playing Bad Company 2 is nothing. The card is extremely difficult to obtain because of its demand.

Overall Review: I've had a EVGA 7800GT, EVGA 8800GTX, EVGA/BFG GTX 275 SLI. As you can tell I've had a lot of EVGA products. This is really my first time completely moving away from EVGA being part of my graphics setup. I'd say I'm very happy with my decision. I've already contacted PNY once since owning this card because I had issues registering the card on their website. They promptly responded and told me a issue with their registration system required me to put a "P" in front of the serial number to register it. So if you have a problem, try that to resolve your issue. It worked for me. The little spot on the card where distributors are putting their name, this card just has a blank spot, not sure if I just received a card that they forgot to put a sticker on or what, but honestly, who cares, the card is not seen after you install it in your case unless you have a see through window. Recommend having a PSU with a dedicated 12v rail that's capable of 42amps. I'd use nothing less.

Pros: Plugged into my Dell 630i. I had to get a converter power cable so it would work with my 750watt power supply. Got it to accelerate Premiere Pro CS5 using the Mercury Playback Engine with a little hack in an Adobe file.

Cons: Nothing to report.

Pros: Fast Shipping (got it the next day! good job Newegg!!) Superb performance and fps. Very fast and powerful!!!! This card is not noisy and hot as everyone states. My card runs cool (cooler master HAF922 3x200mm fans). I tried an ATI 5830 and it started to artifact!!! Returned it and upgraded to this MONSTER. Loving it!!! The best Card period! Got free 8 gb flash drive, and 5 free movies. Lifetime warranty too! PNY is solid. Windows Experience Index is 7.9! (got it for $479)

Overall Review: This is a large card. My case is pretty big and it barely fit! You'll need around 10.5"~11" of space.

Cons: Very power hungry Gets very hot, but still safe to use Biggest con is on behalf of PNY. The back of the board has a missing surface mount chip which means the card will not work at all. I compared it to my other two GTX 480's and they all have the chip there.

Overall Review: Perhaps add a backplate to prevent things like this? Newegg RMA process is amazing

Pros: -SLI'ED These are beasts, even if you buy from different manufacturers.

Cons: -Get Very Hot while running crysis around 90c.

Cons: Video Card Broke 6 months after they stopped manufacturing it. Since it had a lifetime warrenty, Meaning the time that its out on the Market, it Broke.... What a waist of my money. IM NEVER BUY From this company ever AGAIN. Worst company in GPU History!!!! Even Scored the Lowest in 2012 gpu company reviews....

Overall Review: Do Not Buy From them. I would write a lot more because of how angry i feel.