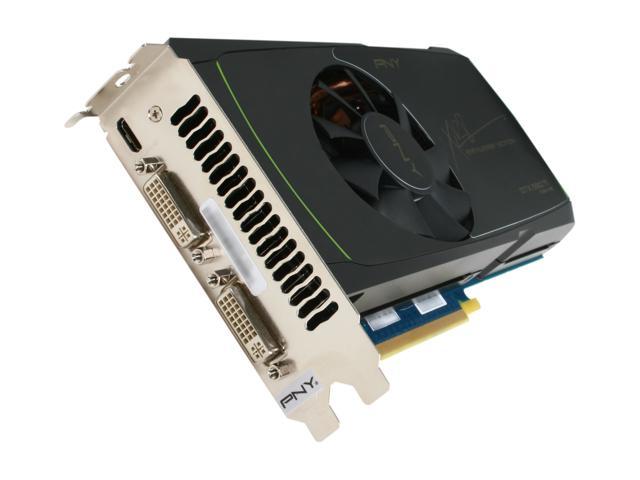 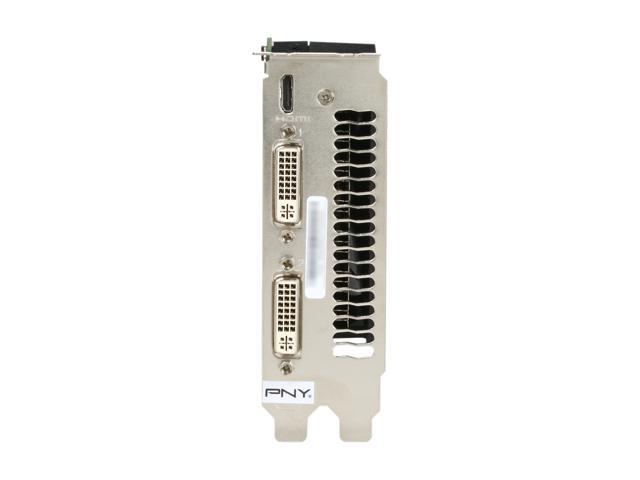 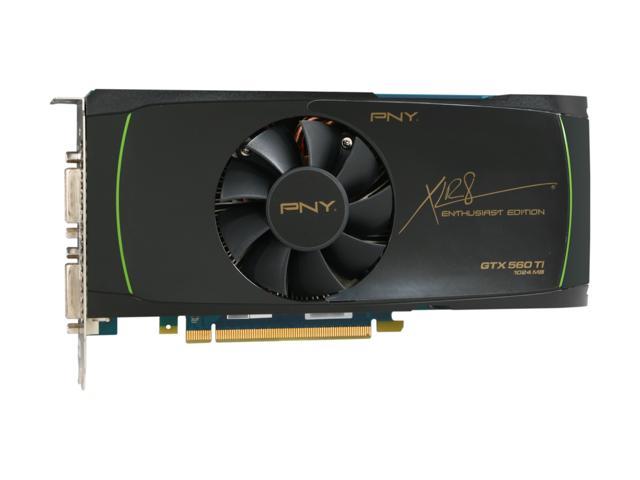 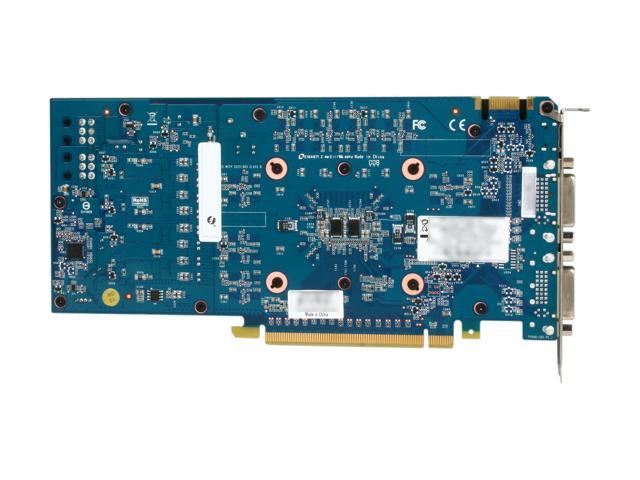 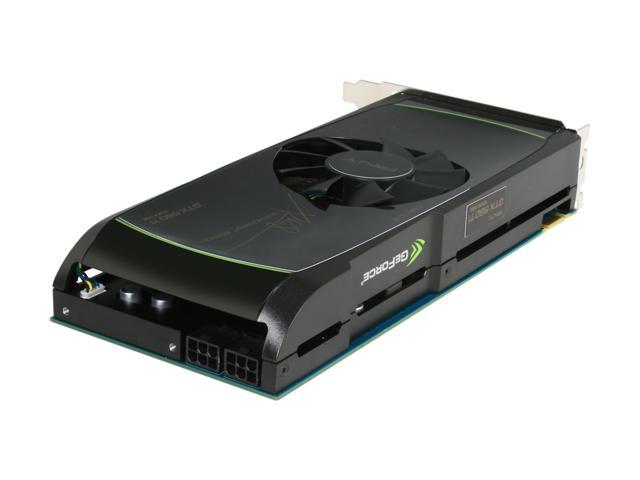 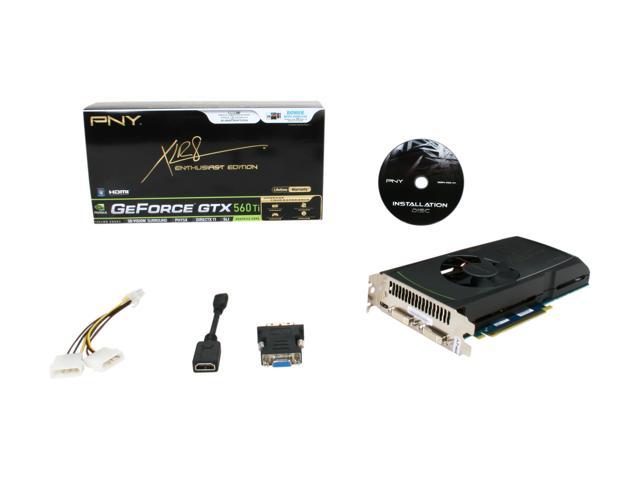 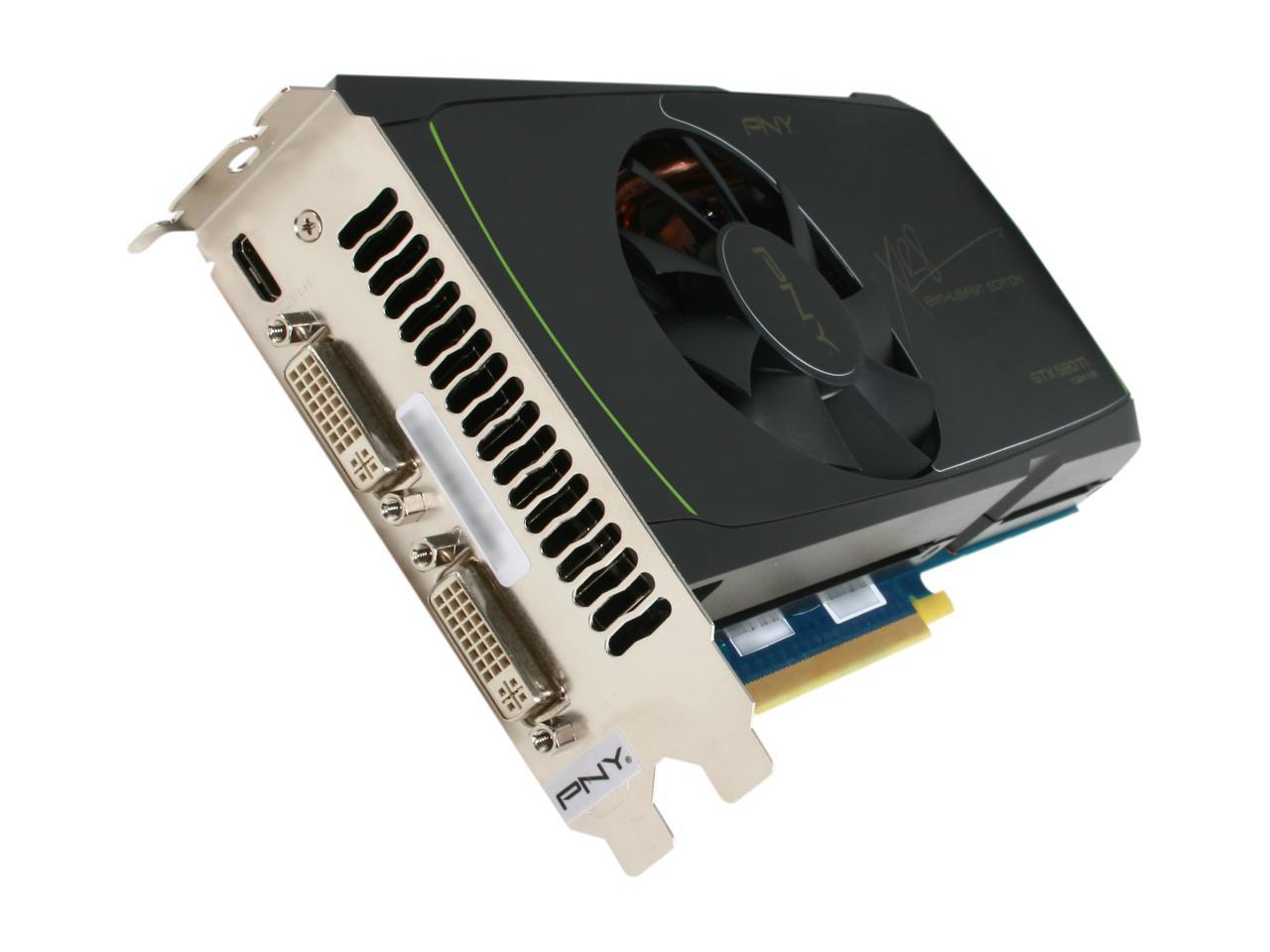 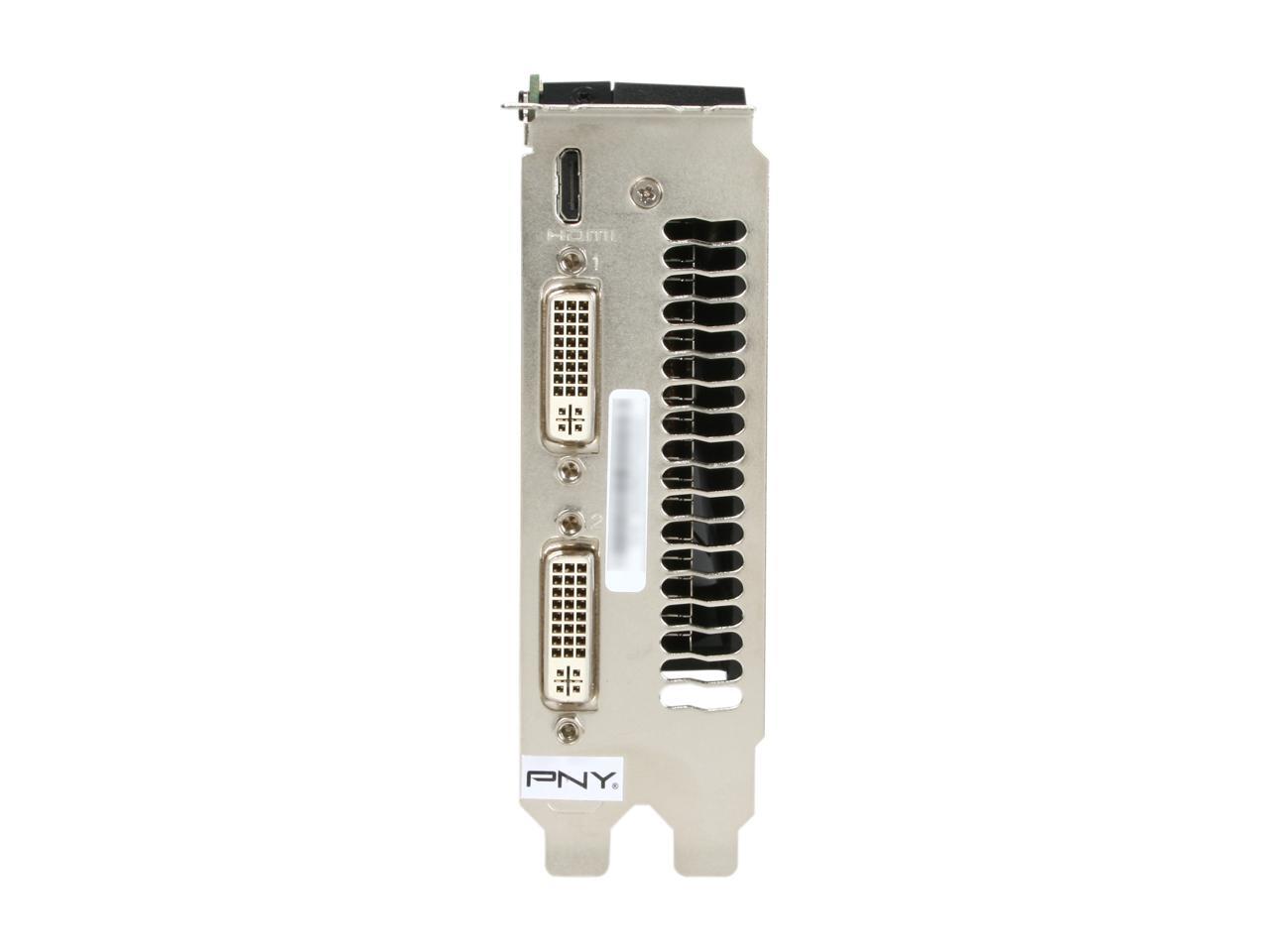 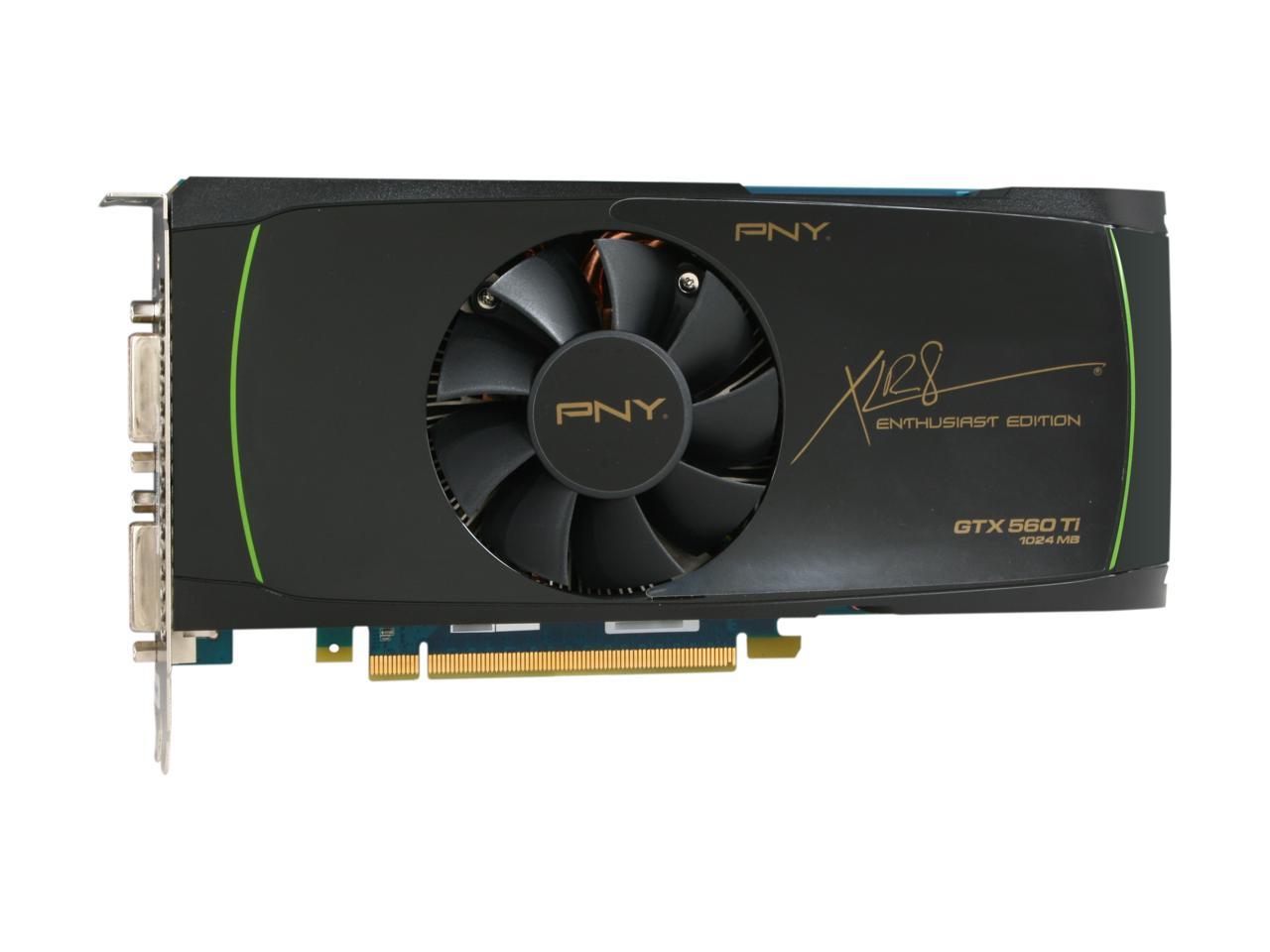 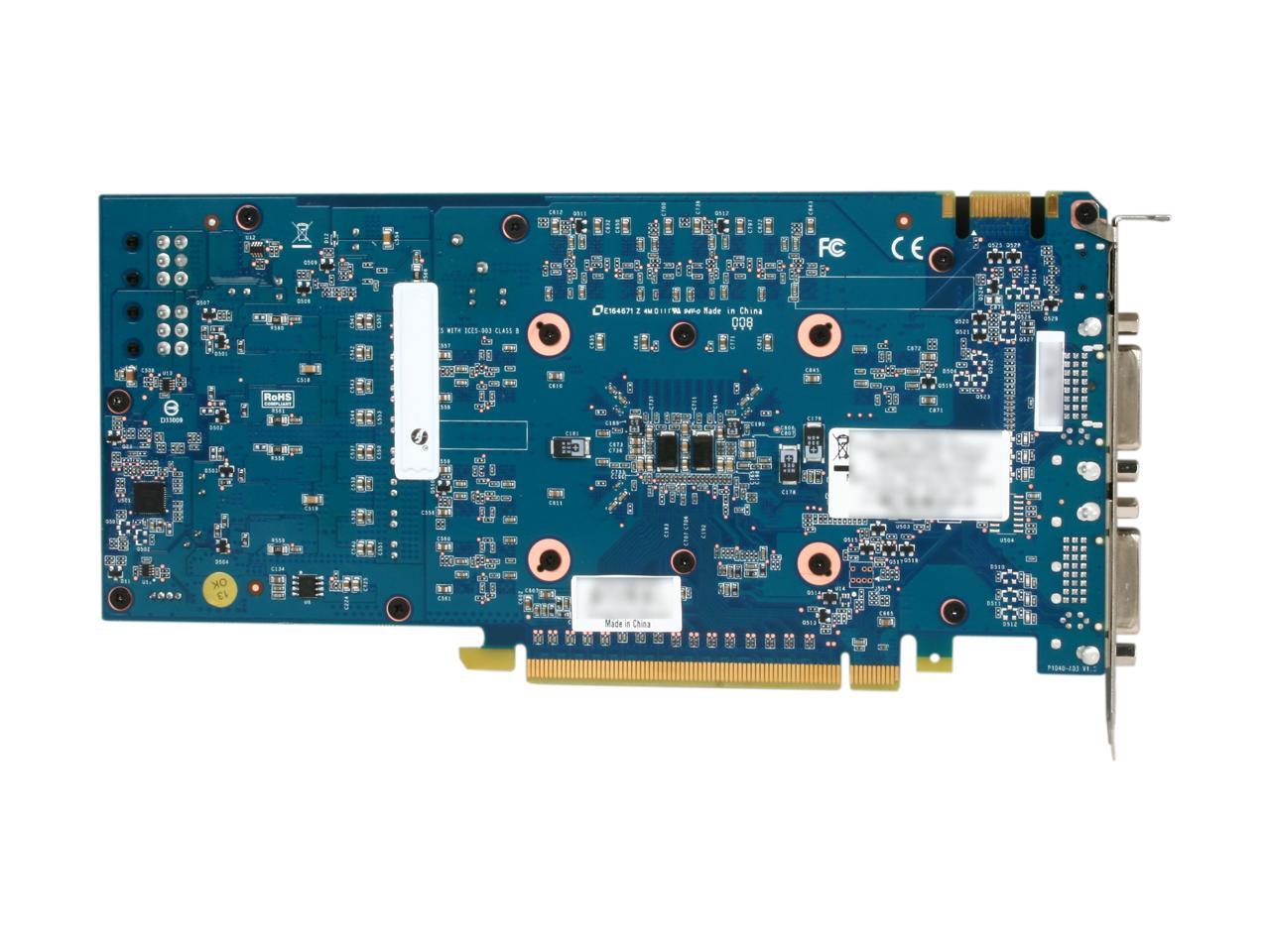 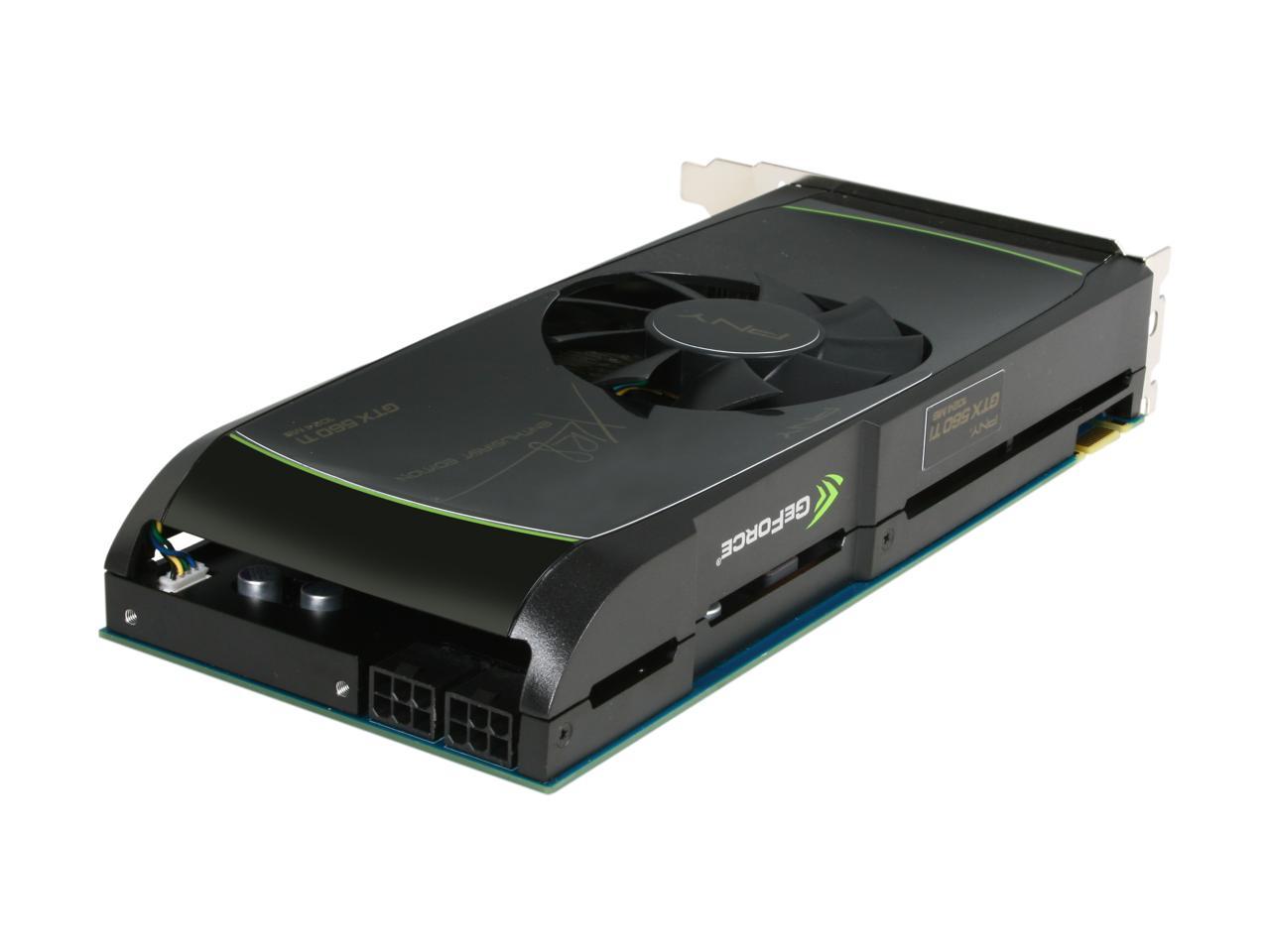 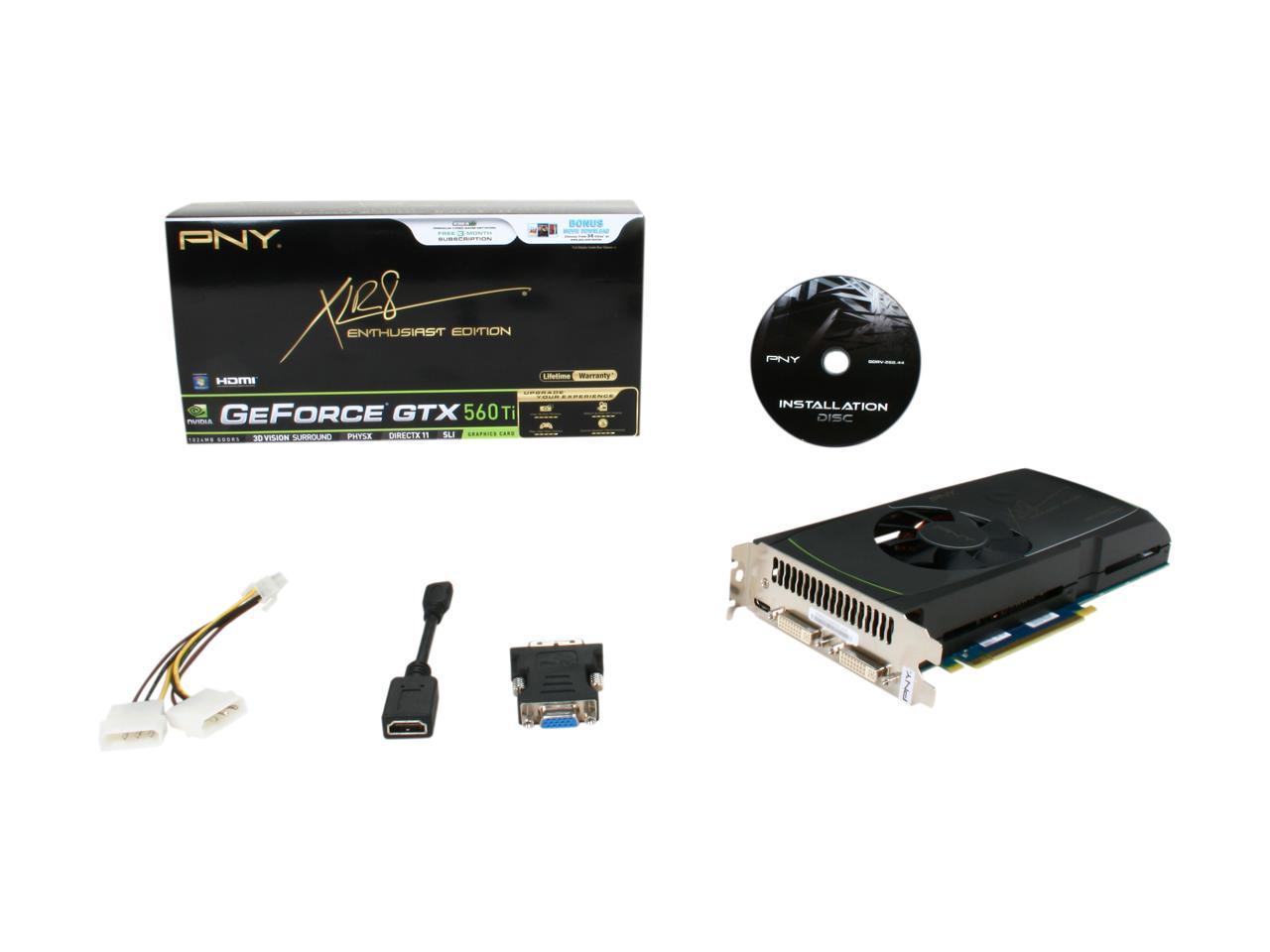 Pros: Nothing wrong with the chipset, or performance for the price.

Cons: I ended up with visual corruption, stuttering, and application hanging on two different PC's with this card. Different motherboards and chipsets (X58 vs. P67), RAM vendors (Patriot vs. G.Skill), and hard drives (as if that would make a difference). I re-installed Windows 7 on both machines, and tested both before and after doing the Windows updates, but without installing any other software other than the latest WHQL Nvidia drivers (and a couple of prior WHQL versions). No dice. Obviously, I'd received a lemon, plain and simple. Since it had been over 30 days by the time I gave up on the card, I RMA-ed it to the manufacturer. A couple of weeks later, I got it back with "Card passed test". Retried card in both machines - same problems. My old 8800 GTX? Flawless in both boxes. My 5870? ditto. The new 6870 I bought to replace this card? No problem. The source of the problem is plain - but it passes PNY's QA, not once, but twice.

Overall Review: No matter how good QA is, there's going to be an occasional defective unit. But the scenario I describe above indicates that the QA obviously isn't that good. Try another vendor. I'd recommend Asus, Gigabyte, EVGA or XFX for Nvidia stuff, and Sapphire, HIS, Powercolor for Radeons. I'm sure that the 560 Ti is a good card, with good value. Just don't buy PNY's. Note that Newegg doesn't currently have any PNY's in stock? I wonder why...

Pros: The card I received features a nonreference cooler with centrifugal fan, similar in appearance to the ones used in GTX570 and GTX580. It runs cooler at lower fanspeed when idle and blows all hot air outside. The card works well in SLI system and allows to play most things on high settings at 1920x1200 resolution.

Cons: Gets warm under sustained high load, but as far as I can tell nothing outside of the ordinary.

Overall Review: The model number is the same as PNY GTX560Ti I acquired nearly a year ago from a different retailer, which uses conventional 560Ti cooler shown in product photos. Needless to say, I prefer the new card.

Cons: Not as colorful as the Zotac, but neither did I read any heat issue reviews about the PNY card.

Pros: This thing flies. I have yet to push it to its max. Ive tried a few games (bf2142, bf heros, guildwars.)and no hiccups at all. I feel as though Ive given my old pc a few more years.... It takes a hefty ps to run this beast. It is pretty quiet, tho it is the loudest thing in my box. Not noticeable from 3 ft away.

Cons: Large. Needs large ps with sli ready cables. Can use the supplied cable adapter, but..., kinda fugly, price dropped 30$ since I got it. Oh well thats life

Overall Review: This thing will help save an older 2core cpu and mobo, by increaseing the frame rate a drastic amount... I have a 9600gt it was ok but this flies and has saved a total rebuild for a year or 2....

Pros: Great card runs everything at max settings, came with a twenty dollar rebate and a free mafia 2 and just cause 2 coupons.

Cons: Almost too big for my Cooler Master CM690 II Advanced case (and that's a fairly big case). Make sure it'll fit before you buy it.

Overall Review: This is an update to the "artifacts at stock" review. I have been in contact with both Nvidia and PNY about the errors and have isolated it to an incompatibility with the current updated drivers. I'm now rolled back to 270.61 (can be found on the Nvidia page under "beta and old drivers", this is the previous WHQL version) and things are running smoothly again. Not sure if it was a driver conflict or just something dumb. I'm giving this a 4/5 because of the frustration of compatibility, but once that is overcome it really is a decent product for the price point.

Cons: Have owned this card since April and has recently started artifacting all over the place and the drivers crash in windows 7 when watching youtube videos (seriously). I am running an entirely stock setup with this card, an i7, and 8 GB RAM; there should be no problems whatsoever. Now, I can't even watch blu-rays or play minecraft (probably the simplest of graphics in any game) without artifacts, shading errors, and crashes.

Overall Review: Search the web for "560 ti artifact" before purchasing this; you will find MANY people with the same problem.