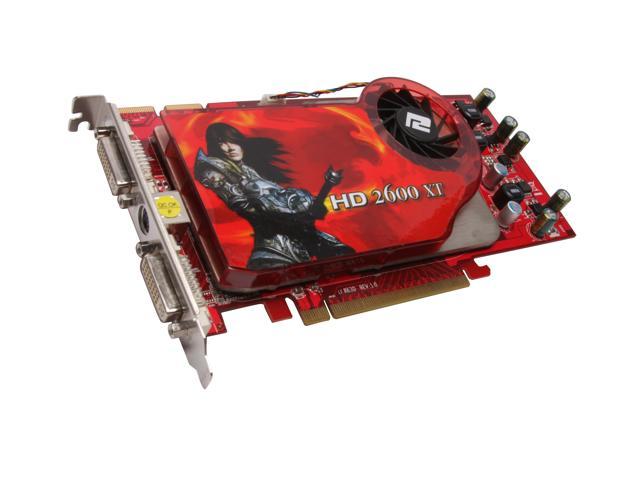 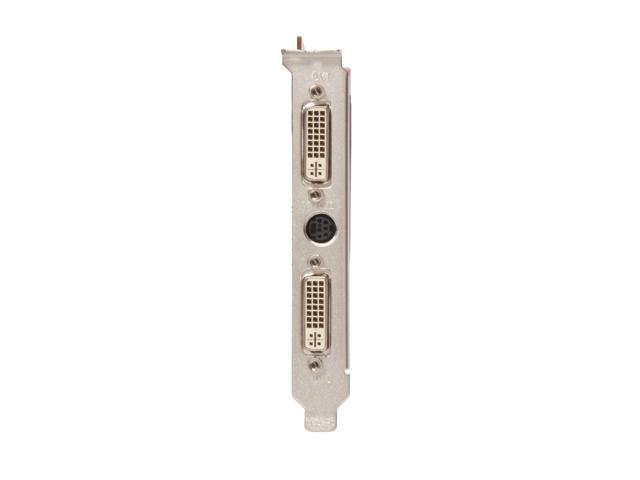 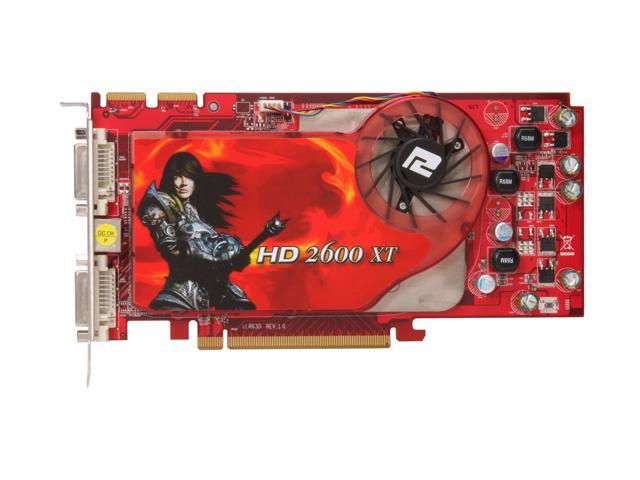 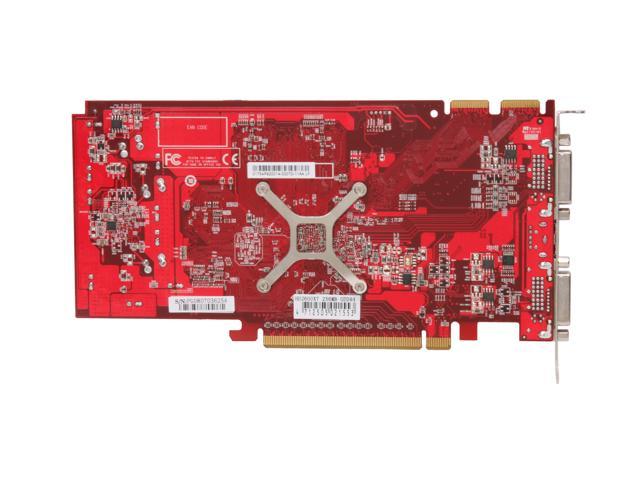 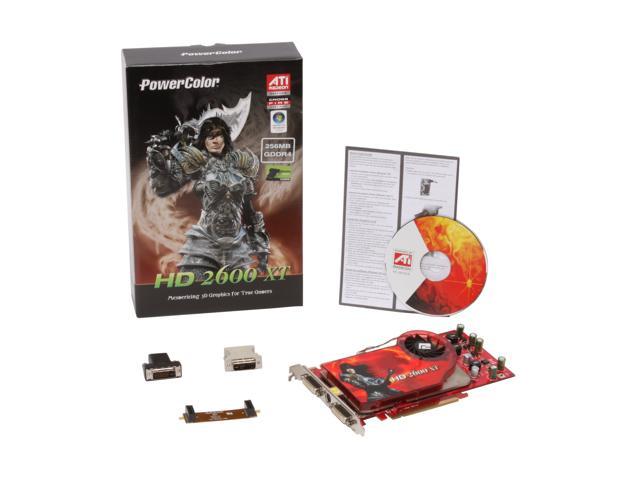 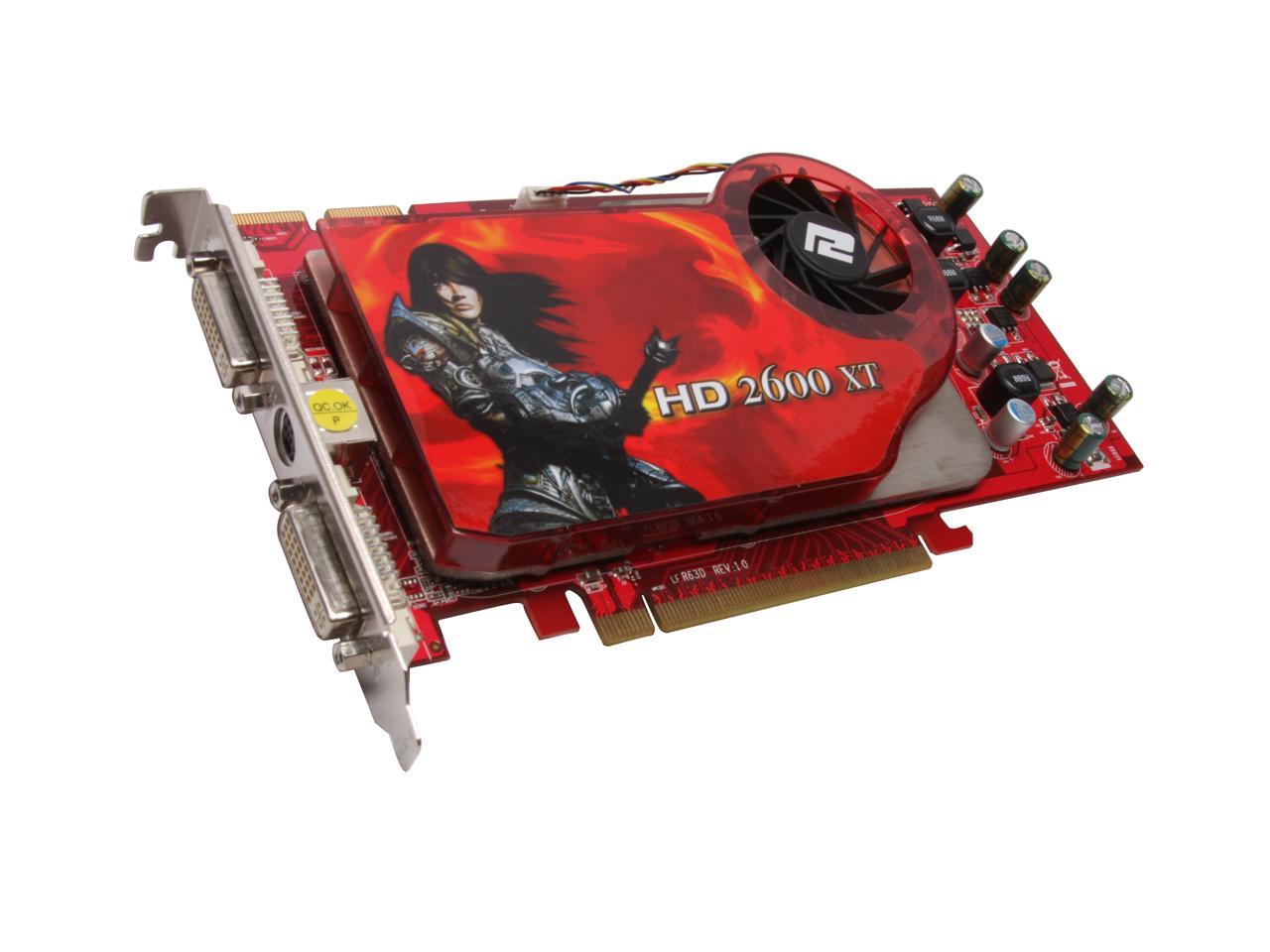 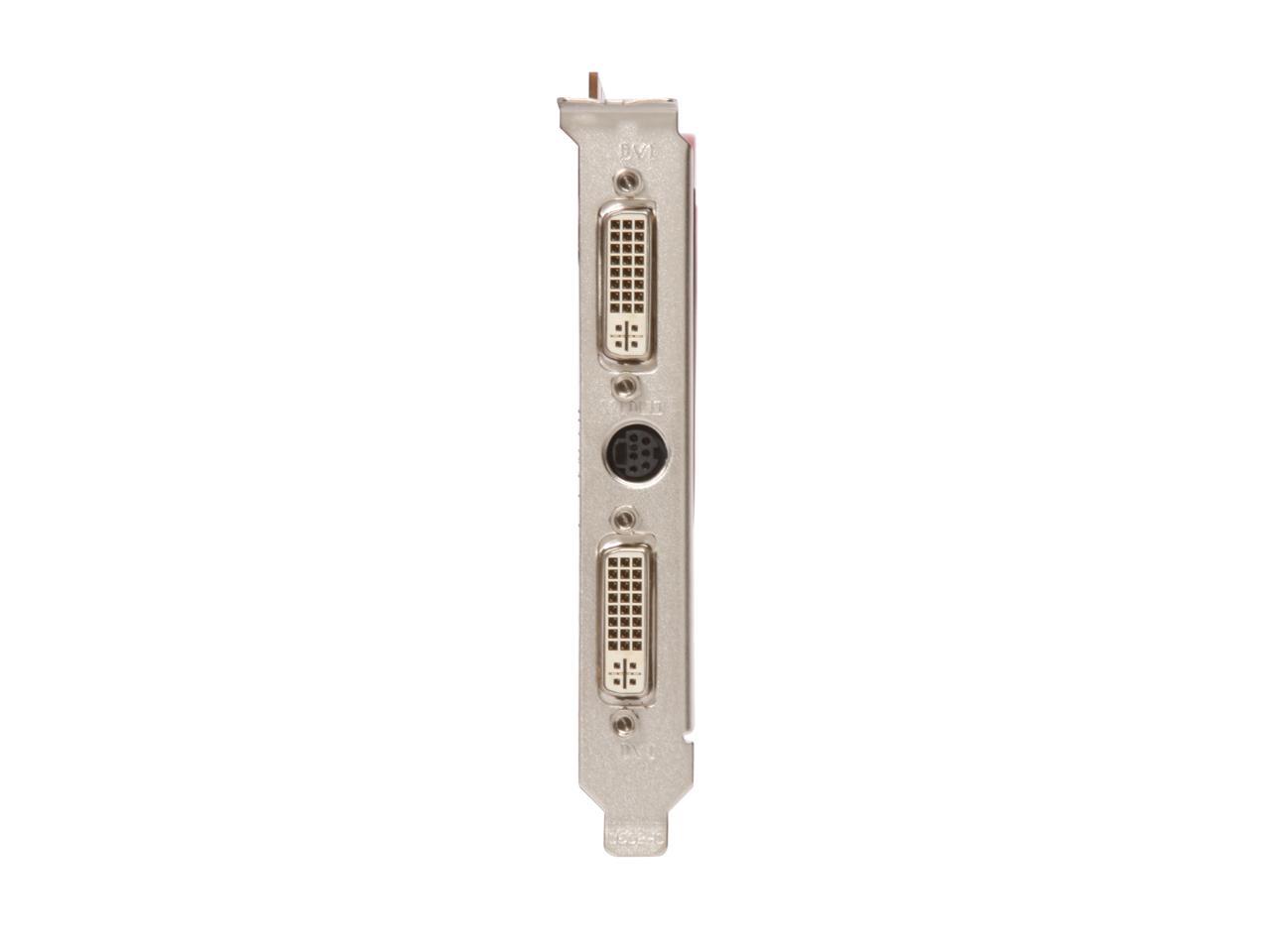 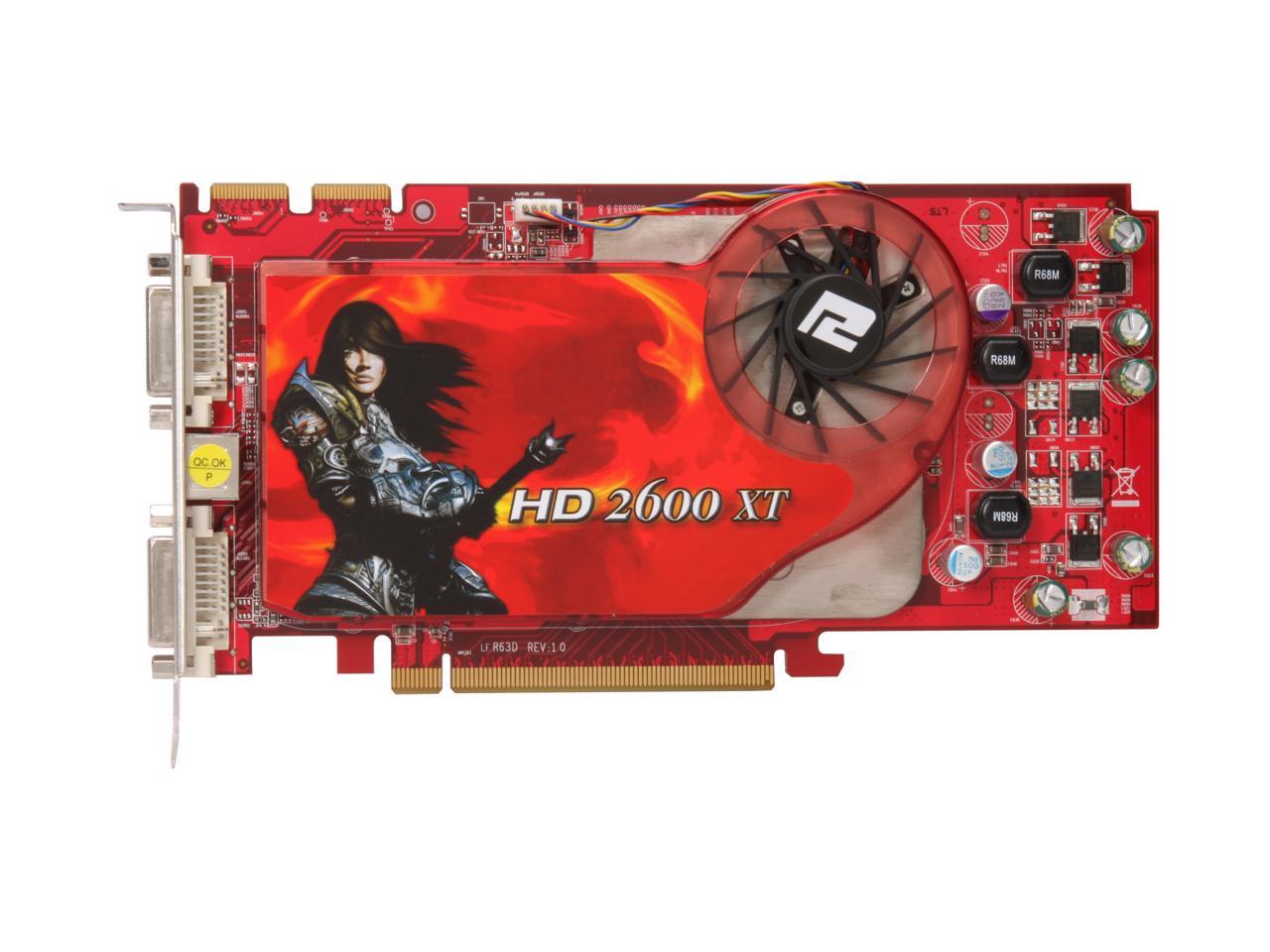 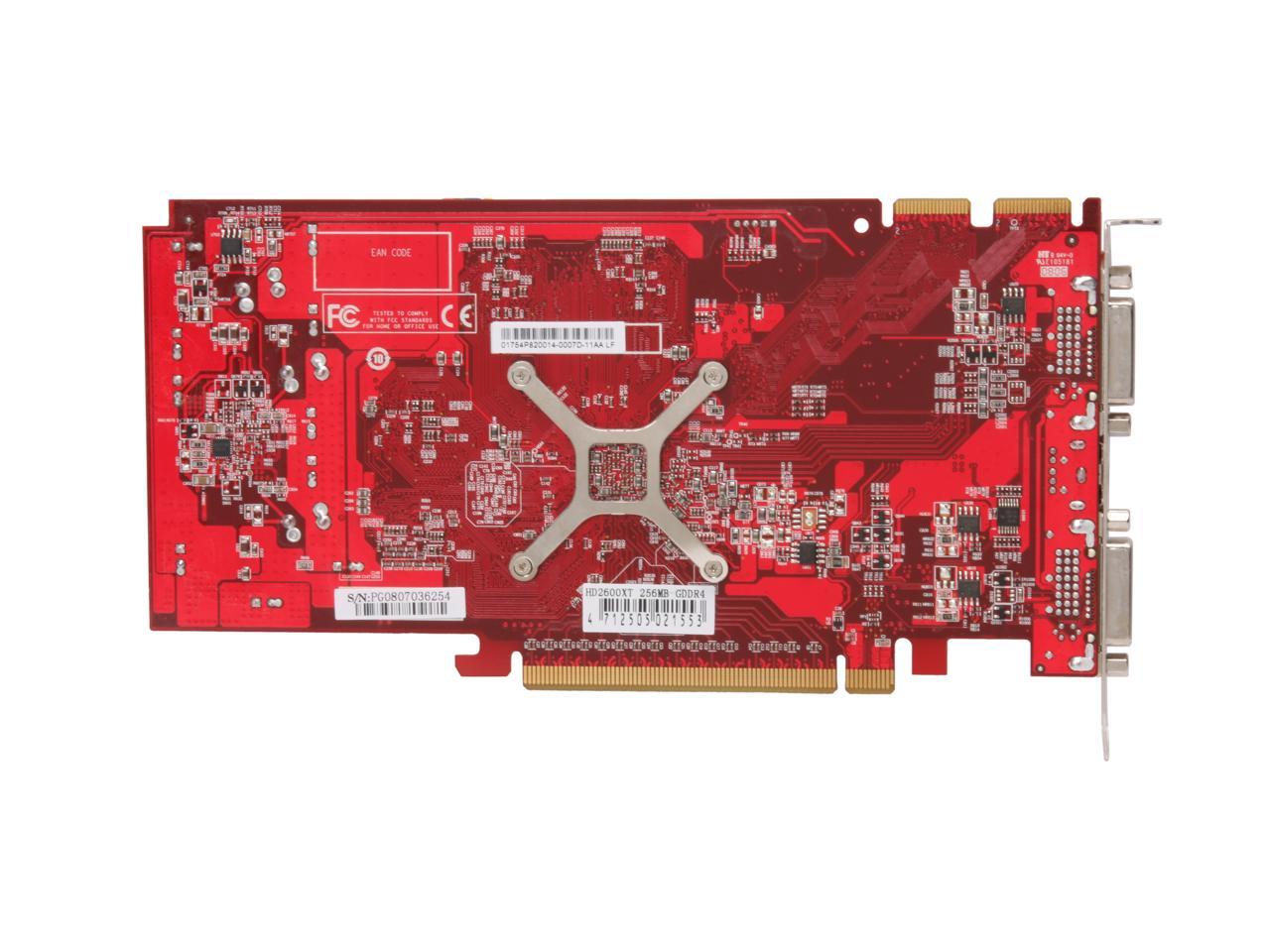 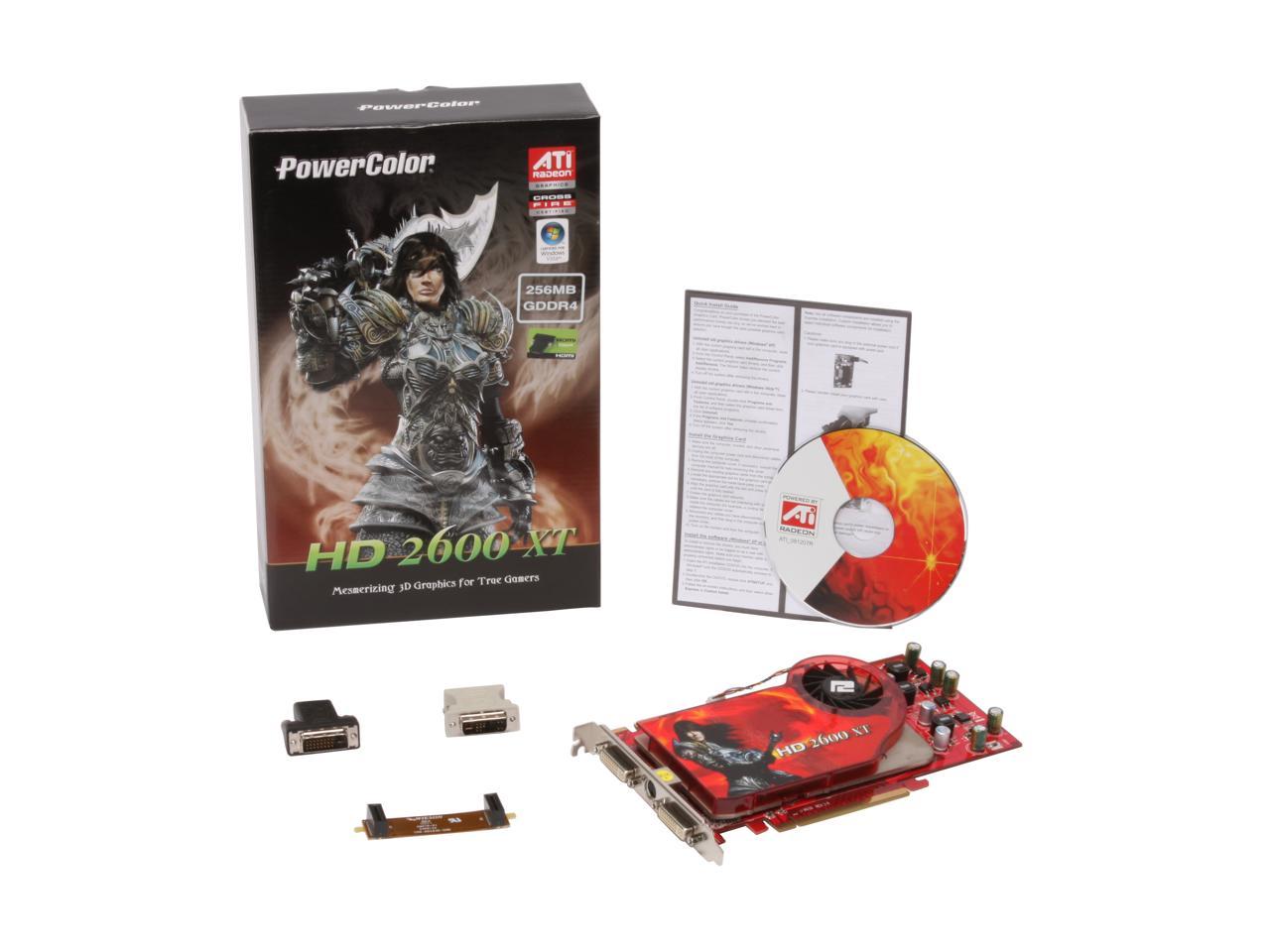 (56) Write a Review
OUT OF STOCK.
Specs
Reviews

Pros: This card has a great price to fun factor. It plays every game out right now. Albeit not on the highest settings but hey its only 60 bucks! Runs pretty cool as well. i just played cod4 for an hour and the temp was 51c. And no power connections of any kind to hook up, just put it in the slot and close the case.

Cons: Nothing really considering the price its going for. if it was more i could complain but not for 60 dollars.

Overall Review: Wish i had a dual pcie mobo so i could run two of these........ But hey i can play fear everything maxed out at 1280x1024(my screens max and native resolution) and i get 50 fps(it plays dx10 games faster than dx9 ones).

Pros: Works better than the X1600XT I replaced. That card was a disappointment. Gives me another step up on the resolution with a couple more settings on high. Seems comparable to an X1650XT with DX 10 support if you have Vista. Easy installation. The CD it came with includes driver only which is a March 08 release and seems to be without bugs for DX 9 games like Painkiller, HL 2, Far Cry, COD 2 and Silent Hill series. Efortless installation. It pretty much does what I needed as a replacement for my old card which had fan failure. It is a cheap option for keeping a 4 year old, XP, Athlon 3000+, PCI-E x 16 with a 300 Watt PSU going. Many of the other cards out there were either too old or too new requiring PCI-E 2.0 or a PSU that surpassed mine. The price is right too after rebate especially. To this point no issues with heat or performance.

Cons: I hoped for a bit more with being able to go above 1024x768 but noticed that is the best resolution which allows me to have everything on high. Works well with my 17" monitor anyway. I can set it to 1280x1024 but noticed a little lag in COD 2 when there were huge things going on. Turning the resolution down to 1024x768 made it run smooth during the most intense battles with smoke and explosions and all on high. It is what it is. A DX 10 ready card which performs on par with a 7600 GT or 1650 XT. I still had more eye candy on than ever with no lag whatsoever at 1024x768. A huge step up in that respect.

Overall Review: If you have other parts that aren't cutting edge such as I do, there's no sense in going more expensive because the other parts will be the bottlekneck anyway. I have a 3000+ Athlon CPU, 300 watt PSU, 1 gig of DDR Ram, XP and this card which gives me all the gaming I need for titles that aren't cutting edge. I would imagine I could play a few more titles than before that my old card wouldn't handle, but without Vista and a dual core processor I'm limited anyway on the shelves. If you're a casual gamer who loves the PC, but can't upgrade all the components in a serious way, this card is pretty well suited to keep the machine going for 2-3 more years while playing some older titles or newer ones that don't require a beast of a PC.

Pros: Can't find a game where it will go under 34 fps.... no external power connector runs solid

Overall Review: New egg shipping, you know what i mean

Pros: This card easily fits in my micro-atx case in a single slot. Purchased to replace a x1300 fanless card. Performance increased and fan noise is barely perceptible.

Cons: Any drivers other than what came on the disk gives me a really jacked up BSOD..... I've tried everything I could think of to fix it.... Installing my replacement 4850 today.

Pros: This card got a solid 1819 Score running 3dMark Vantage in Windows Vista Ultimate 64-Bit at 1680 x 1050. Runs all of my games at fair frame rates. Heat has not been an issue as of yet. Overclocks very well. Good thick heatsink. Fan speed is easily controlled. This is a case of a good solid card at a great price. Beats out my XFX GeForce 8500 GT/256 meg by a long shot. Get 3 times the score on Vantage. Plays all the games I have trown at it so far.

Cons: The length of this card made me move some wires to make it fit. Check your case for clearence. Nothing much else really.

Overall Review: the only thing that is holding back now is a lack of ram

Pros: WOOOOW!. Gddr4 memory! rediculous memory clock. 2200! Thats extremely high, but this card does say XT(Xtreme)! Ive noticed that even the clock speed of the 8800's have about the same .. well a lil less.

Cons: None except 256mb. but thats not really a bad thing.