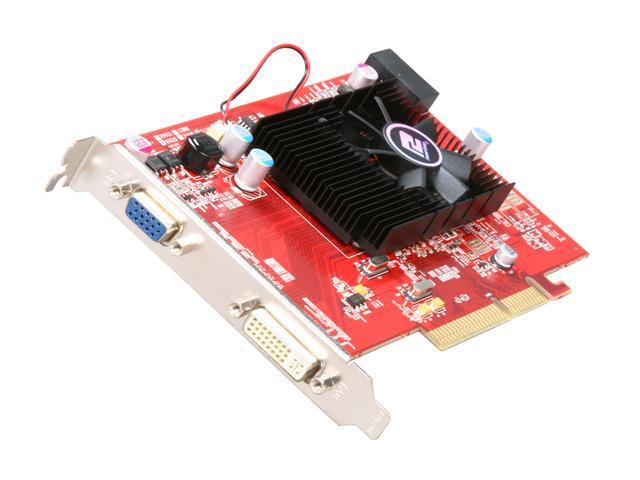 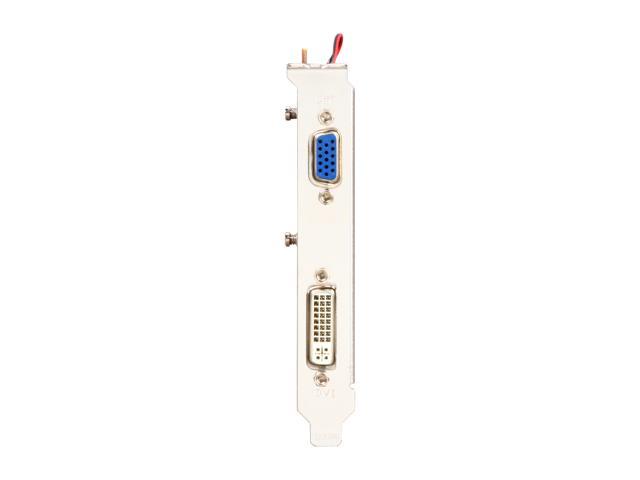 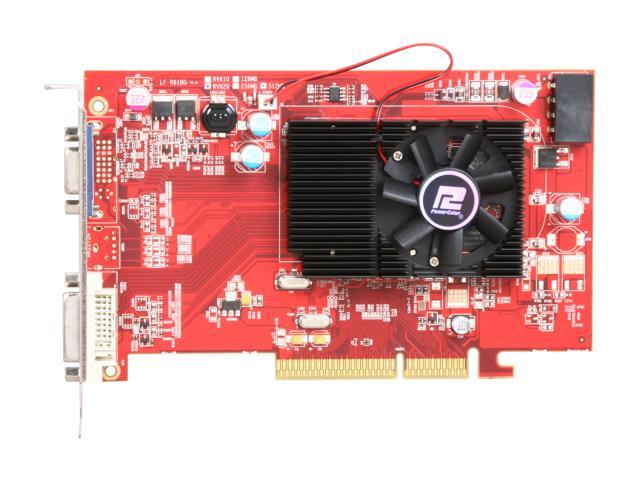 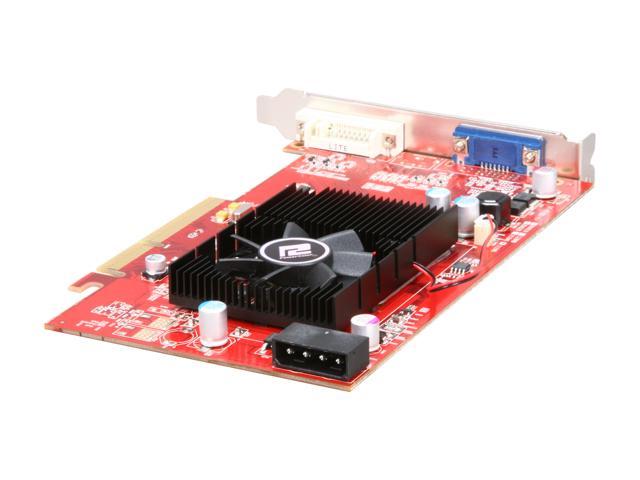 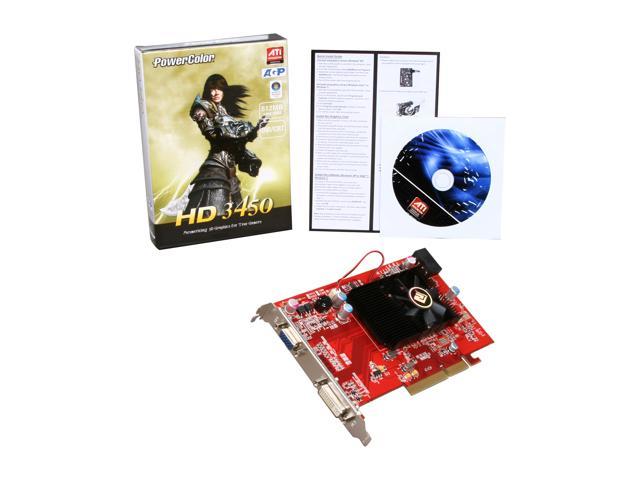 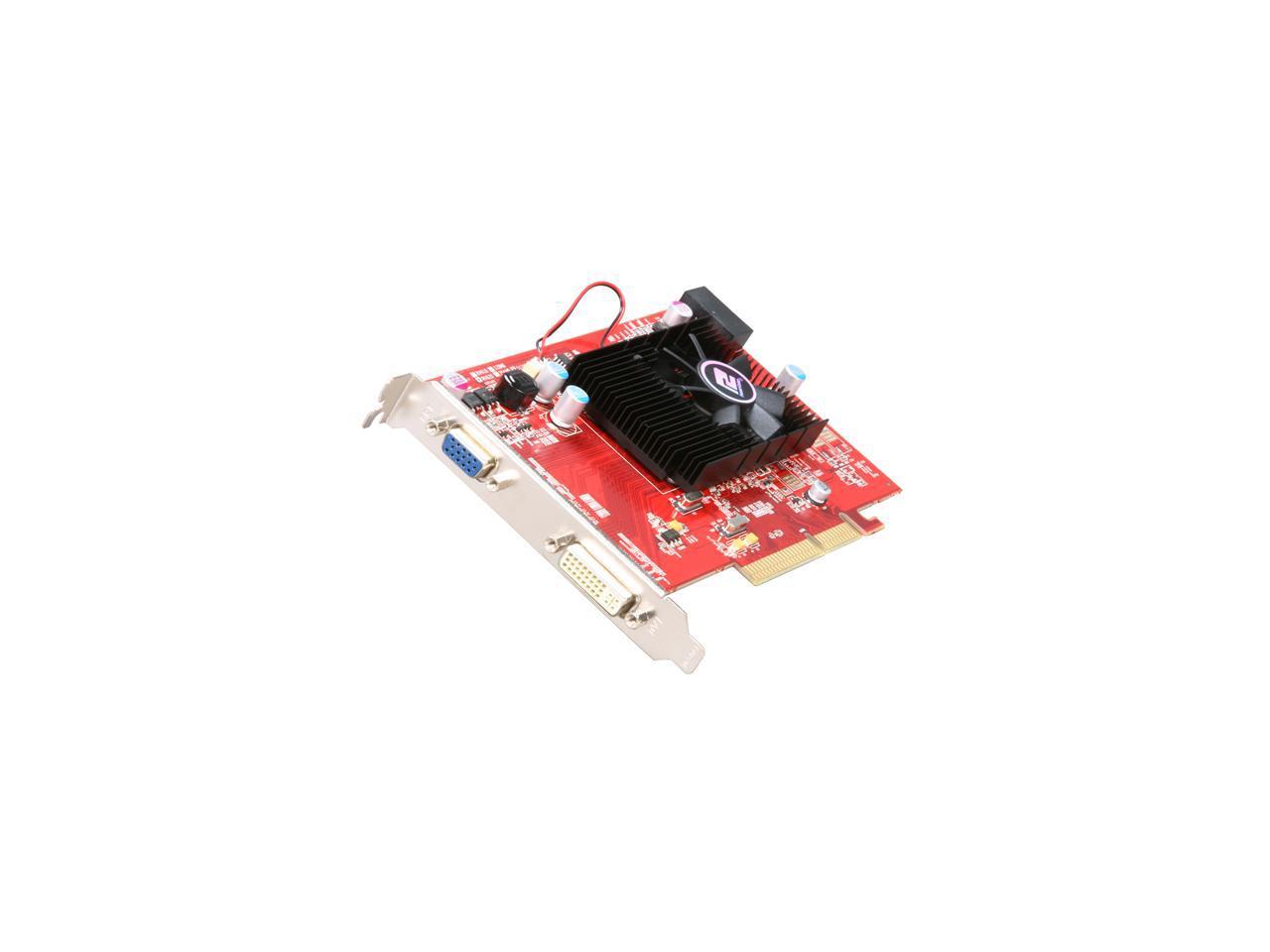 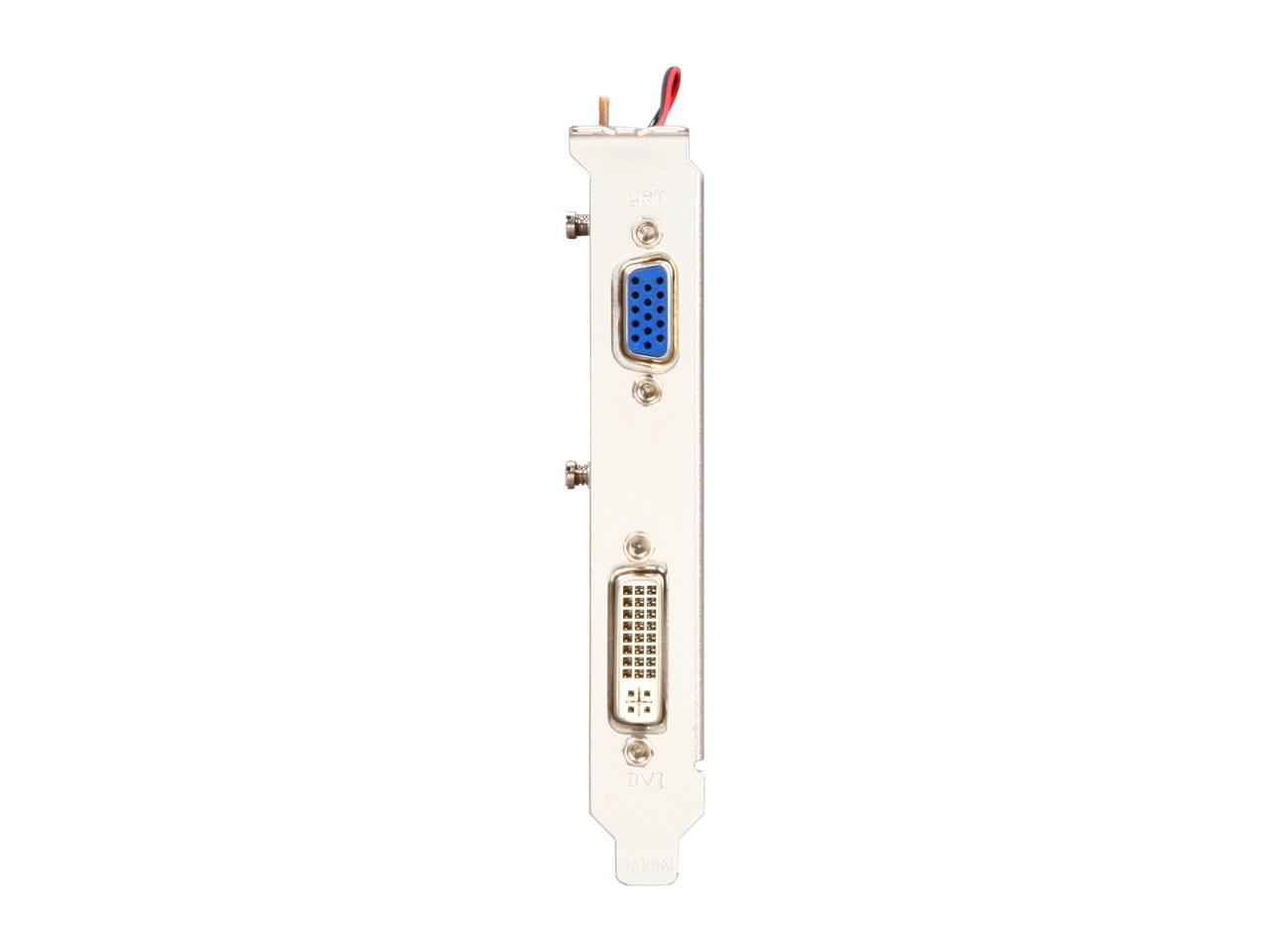 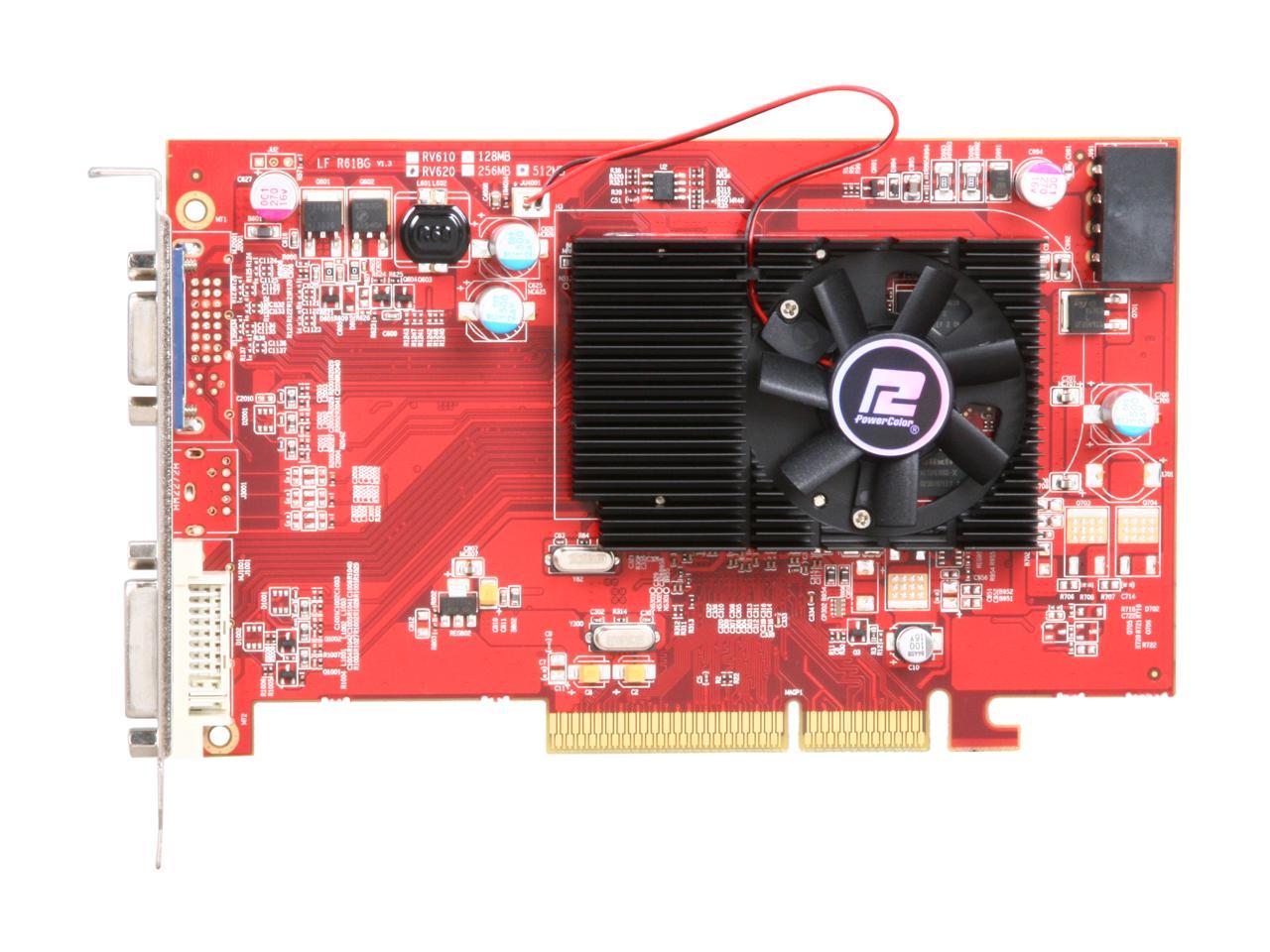 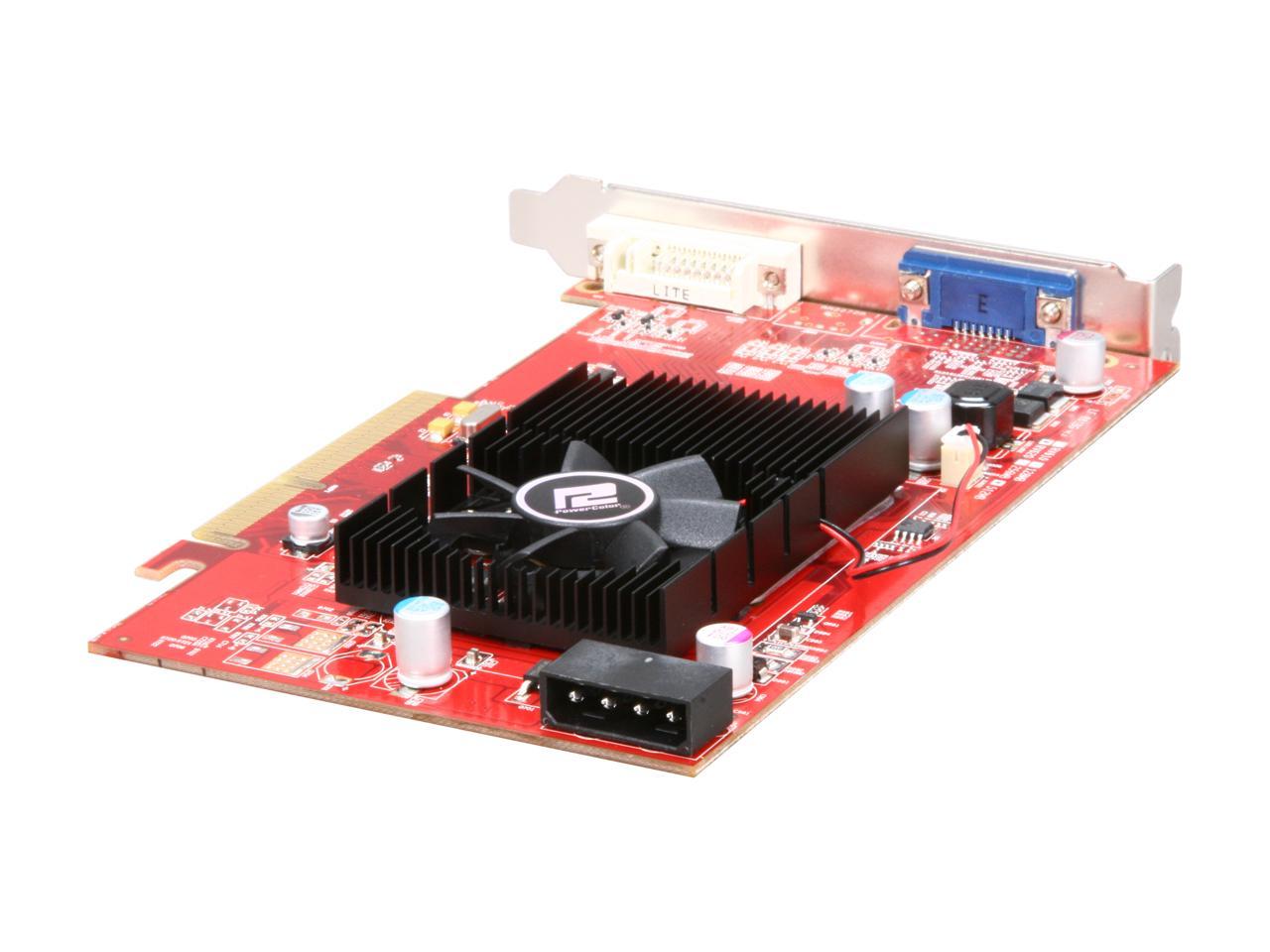 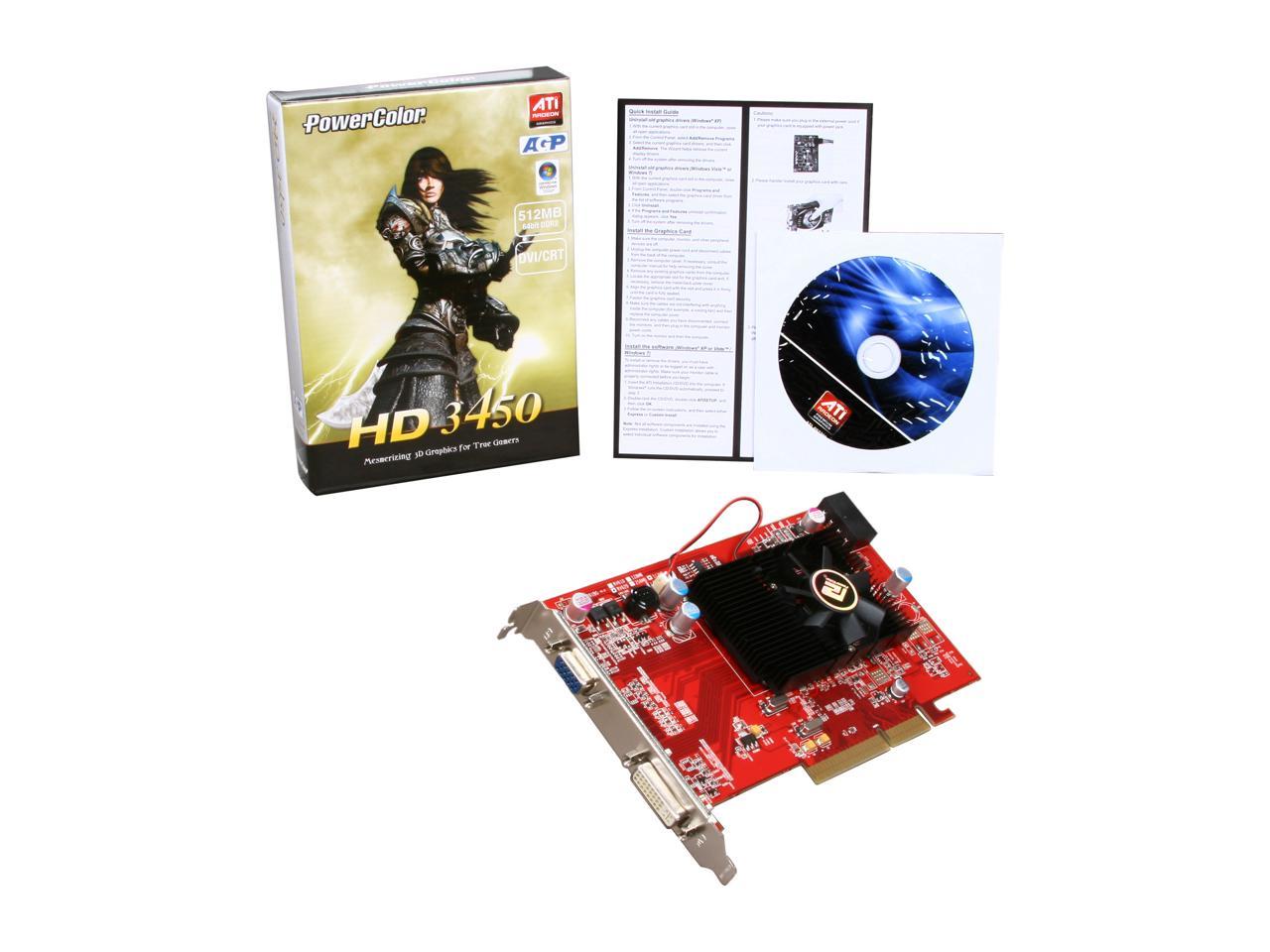 Pros: Dual Channel GPU AGP Card. Vista&7 Aero compatible. Runs most of my games on high to max video setting. Performs great under pressure, and even came with clock controls in the driver pack. Supports HDR screen effects or up to 4x anti aliasing at any resolutions (I've had weaker cards that supported up to 16x at lower resolutions, but 4x seems to be all you need with this bad boy...).

Cons: Doesn't seeem to function properly (BSOD's) without Direct X 10 or better. Generates *ALOT* of heat at agp 8x transfer rate, and it's a rather large card, so you may need to increase airflow or turn it down to agp4x in Catalyst Control Center. Or both if your system is dangerously hot already (55C+). And it still runs rather on the warm side at AGP 4x, but doesn't get as hot.

Overall Review: This is one *HOT* card, and I do mean *HOT*! You may want to consider additional cooling if you have room for a pci slot fan (I orered one with it and put it a slot away so that there's a gap between them for both the GPU fan and the slot fan to pull from, and to get it away from the GPU fan blades). I didn't see anything about it on here, but it installed as a dual channel GPU (with 1024MB in windows XP, and 512MBX2 in VISTA and 7). And I had to optimize airflow by rearranging cables to get my CPU temp back below 60-65 on idle and as high as 73-79 under load (g*d bless AMD's High thresholds!!!) And i'm running it beautifull on on a 250Watt PSU with +14amps at 12v and+25amps at 5v.

Overall Review: My system would freeze as soon as I installed the drivers (Standard VGA mode worked fine). Troubleshooting, different drivers, and tweaking BIOS settings didn't help. I finally solved the problem by reinstalling Windows XP and using the "ACPI Uniprocessor" HAL (with APIC support) instead of the "Advanced Configuration and Power Interface (ACPI) PC" HAL without APIC.

Pros: Did what I was expecting it to do. I'm finally able to play Mass Effect at low setings. Easy to install and came as advertised.

Cons: Had to use the included CD to load drivers. But not a big deal.

Pros: When it works, it is a decent AGP video card that I put in my parents computer. They don't game or anything, but the web these days and programs in general demanded more than the onboard video could give them, so I popped this in and it seemed to do the trick until...

Cons: ...until it would freeze at random and reset itself. We could never fullscreen any kind of video like youtube or any kind of windows media player videos, including DVD video. The worst thing is that the drivers can not be updated at all, the only drivers that work are the ones that came on the disc with it.

Overall Review: Other users have reported similar problems but I usually ignore reviews seeing as how I am a gamer and have built a few computers and never had problems with motherboards, video cards, or anything really. So I ignored other reviews and got this only to be saying the same thing other people have written as well. I don't think you can buy this card anymore, so that'll save you some headache, however if you happen to see it on store shelves, avoid it.

Pros: Runs smoothly on anything at any resolution i set it to. The only thing it gives me issues with is TES IV: Oblivion, and only on 1024x768 or higher resolutions. Any other game i have has had NO issues what so ever with this card. I have had it for three months now, had it run so hot i could feel the heat coming out of my PCI slot fan. Installed with no issues in Vista and Windows 7, though 7 over heated my RAM (as i later found out win7 wants DDR2 or better system ram).

Cons: NOT Windows XP compatible in the least. BSOD's 0x0000008E every time Direct X calls were made even with direct X 9.0c with more than minimum settings on any game, and any settings in Oblivion under XP infrastructure. Vista driver steup had to be launched directly from the disk, as the autorun menu would either set off a virus alert or stop responding no matter what i did. The biggest issue with this card has been HEAT. It upped my CPU temp be nearly 9 degrees Centigrade. additional cooling is a MUST!

Overall Review: I HAVE NOT HAD A SINGLE PROBLEM WITH THIS CARD SINCE UPGRADING FROM WINDOWS XP. If you are running XP, you are GOING TO GET BSOD's QUITE FREQUENTLY, as this card requires Direct X 10.1 minimum. It does not run properly on Direct X 9.0anything. If you are having issues installing this card I do not know what to tell you, other than that if setup doesn't launch via the autoplay menu under Vista/7, explore the disk and manually launch the setup.exe in the vista/7 folder. Even when it first arrived and i was still running XP, i put it in, installed the software and had it running NWN2 with both expansions on max settings in 20 mins. Vista or Wins 7 is a must with this card, as it depends on Direct X 10.1 or later, and even runs under Direct X 11 protocols. As stated above, the major issue with this card is HEAT. COOLING, COOLING, and more COOLING is another MUST. Other than that this card ROCKS! It runs smoother than my cousins 1GB Nvidia card he payed about 250 for, and faster.

Cons: Everything!!! NO Drivers work for this, tried it in 6 (SIX) different machines all with very good specs, different operating systems, different drivers, NOTHING!!

Overall Review: DO NOT, I REPEAT!! DO NOT!!! BUY THIS CARD!!!! You will be wasting your Money, and the time your gonna spend attempting to install it, having it not work, troubleshooting it, kicking yourself in the rear for not listening, then spending MORE money to return it!! What a joke this card is, now I have to spend more money and time to return it.

Overall Review: I'm having the same problem as the guy below. Desktop seems to work fine but fire up anything that uses 3D/DirectX and the card freezes after about 5 minutes regardless of game or load. I will try contacting Powercolor to see if there is a secret to getting this thing to work. It's not really worth returning at this point but I will if I have to.

0 out of 1 people found this review helpful. Did you?
Manufacturer Response:
Double check with your motherboard manufacturer that you have the latest BIOS update for the motherboard, and also be sure that you have the latest AGP/Chipset drivers installed for your motherboard as well. If you continue to have problems, feel free to contact me and I'll see what I can do to help you out. My e-mail is hugo@powercolor.com, thanks. -Hugo
Robert S.
Ownership: 1 day to 1 week
Verified Owner
Disappointed3/19/2011 7:04:28 AM

Pros: The box it came in looks nice...

Cons: I am really disappointed in this card. I understand that a low price you get what you pay for but this card is very problematic. 500W PSU 4 fan system and not running any games the card locks constantly running the supplied drivers by Powercolor. My SAPPHIRE AGP card rocked for two years and I am waiting to get it back under warranty repair.

Overall Review: Dont know about the others but this card is not worth the hassle to hunt down other drivers or continuously contacting support for little resolution. My system is stable and worked fine till this card was installed....

0 out of 1 people found this review helpful. Did you?
Manufacturer Response:
AGP cards require special drivers (hotfix drivers), did you have a chance to try those? Overall feedback has been positive for this model, so it's also entirely possible that you may have just gotten a defective card. Either way, if you require further assistance feel free to e-mails me at hugo@powercolor.com and I'll be more than happy to help you out, thanks. -Hugo