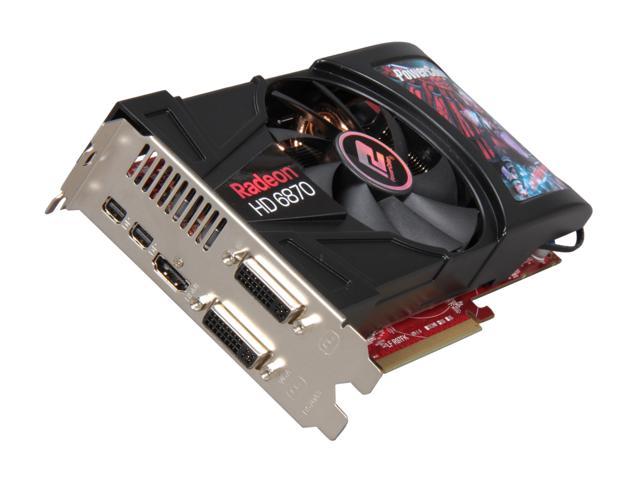 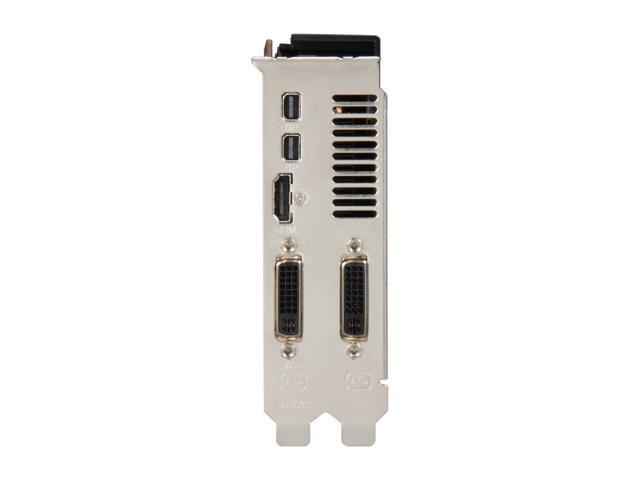 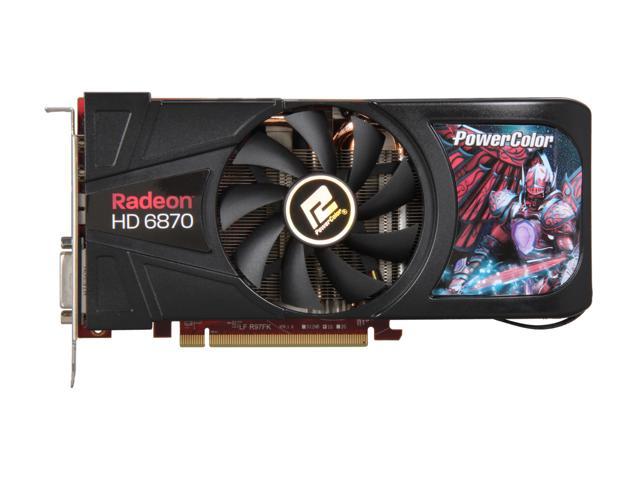 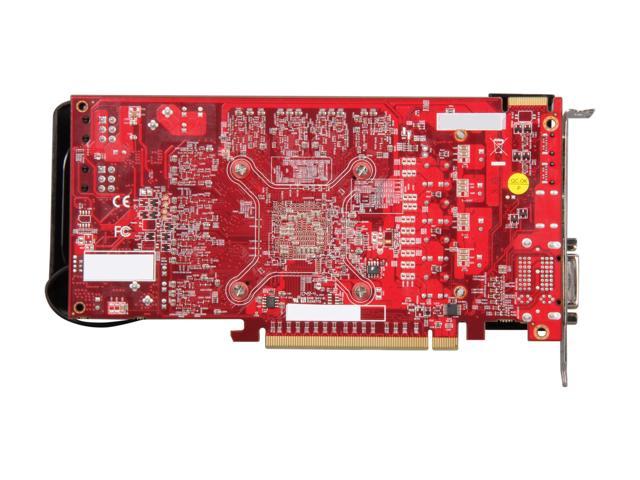 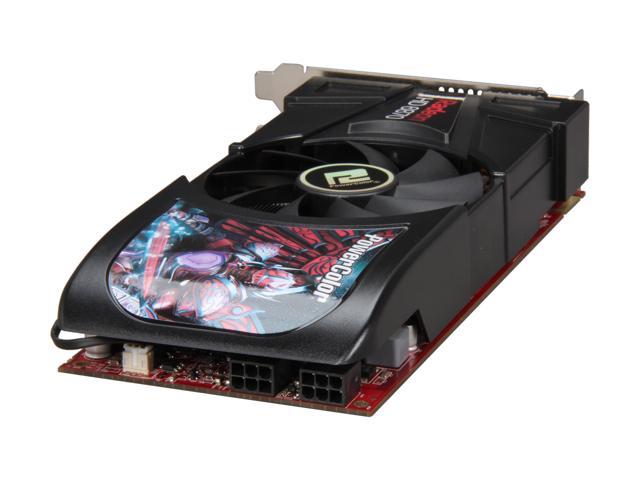 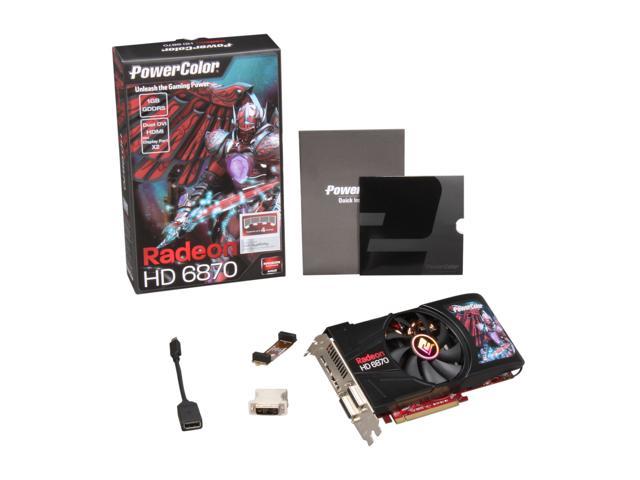 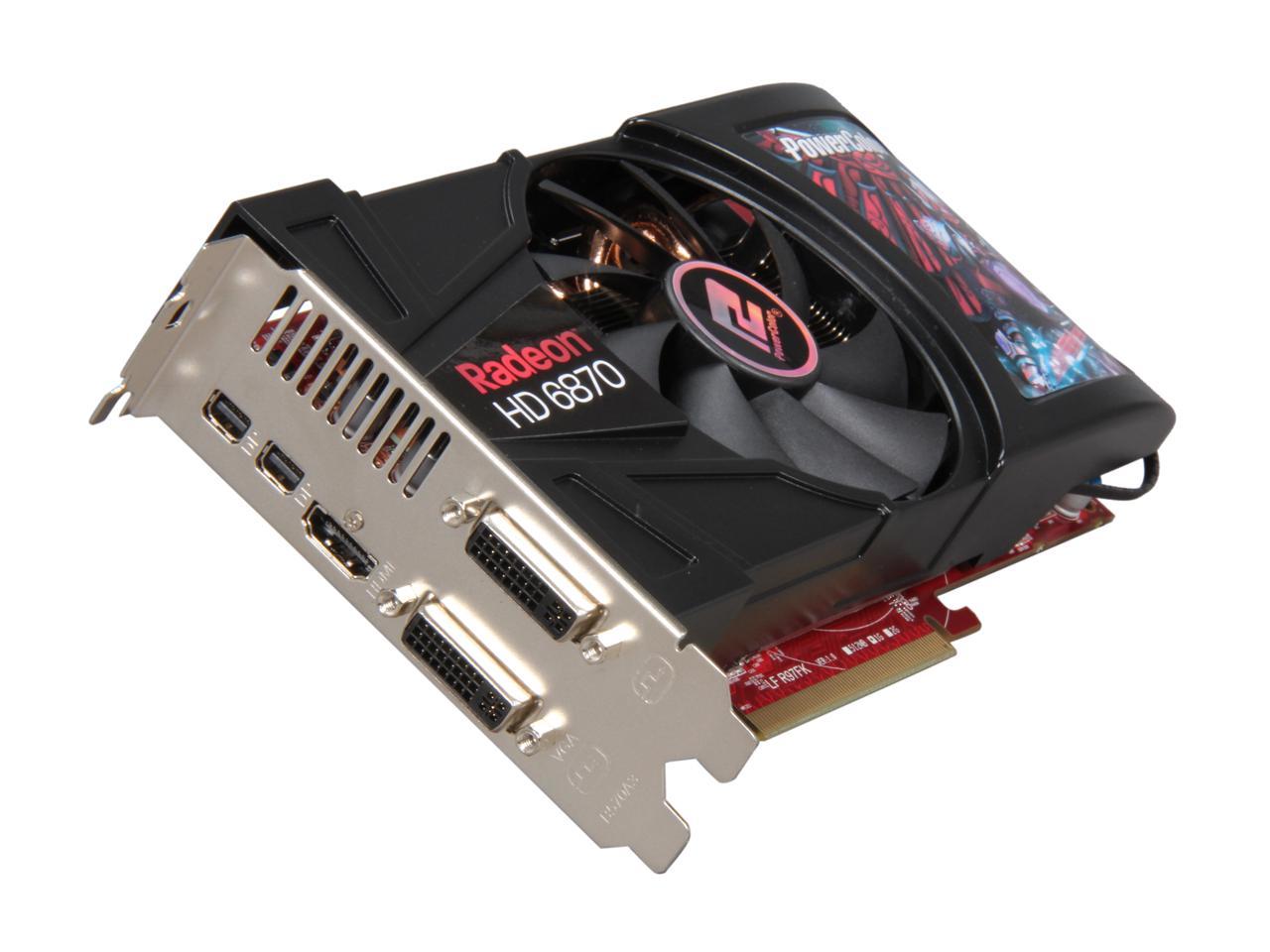 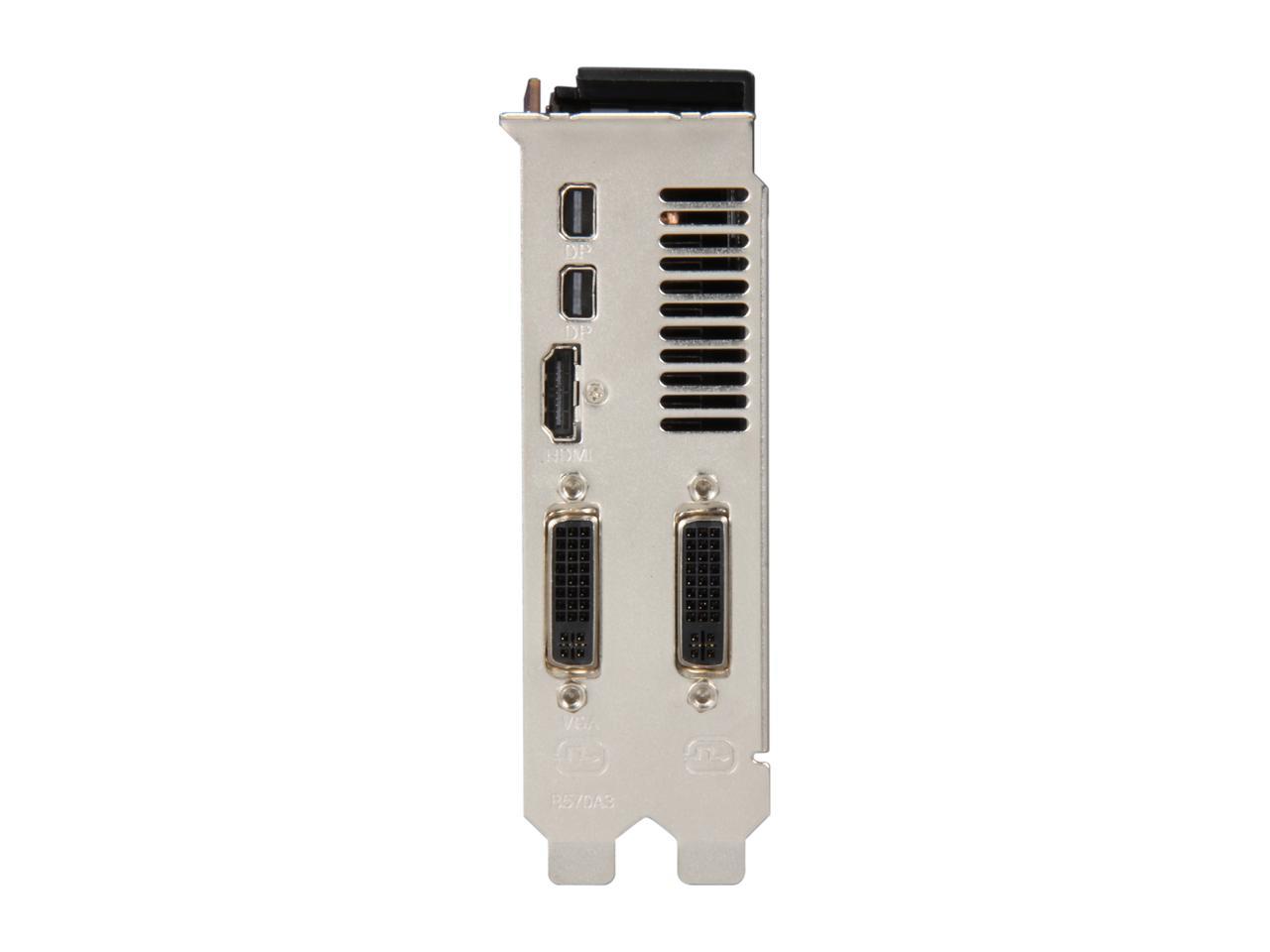 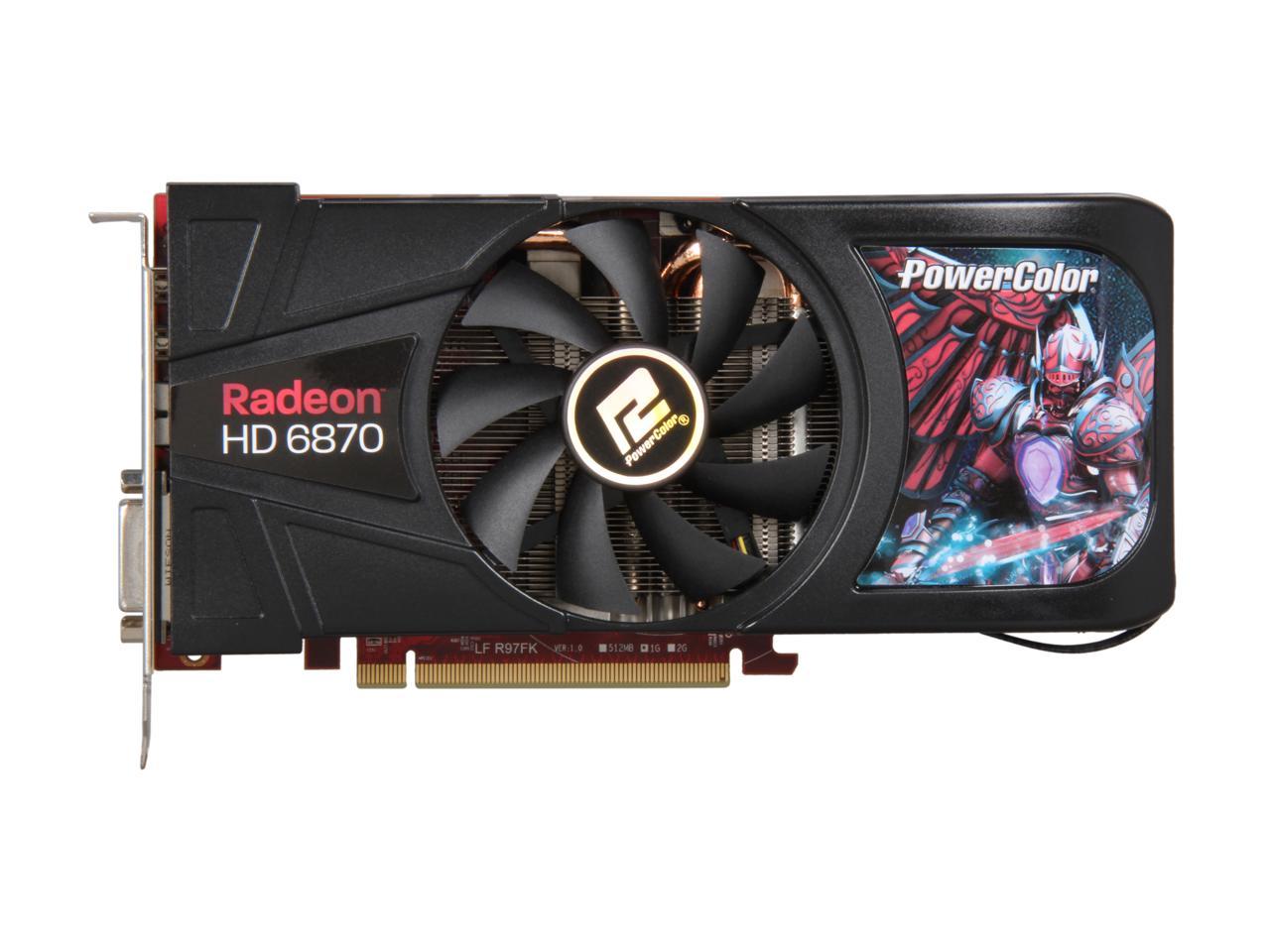 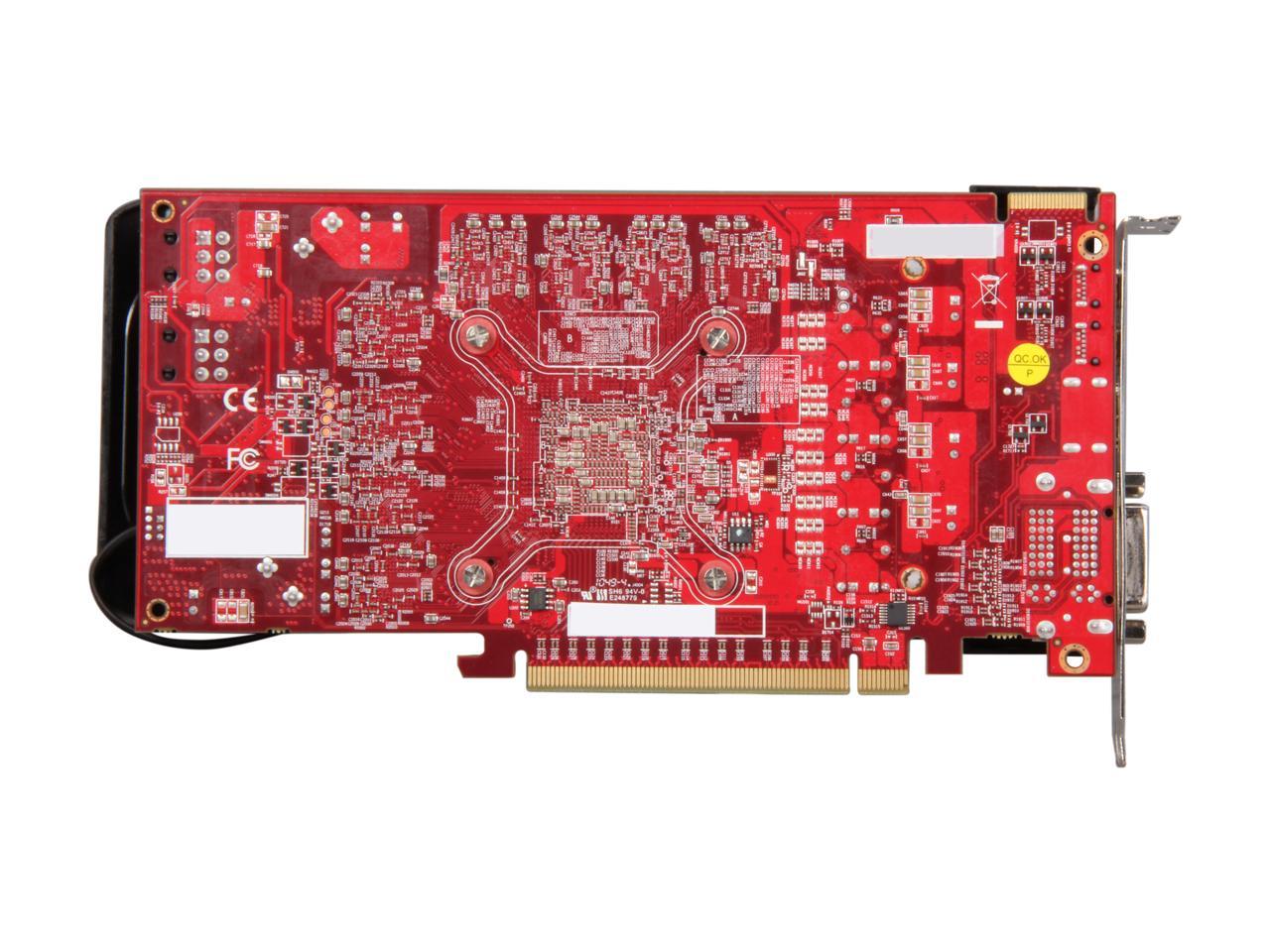 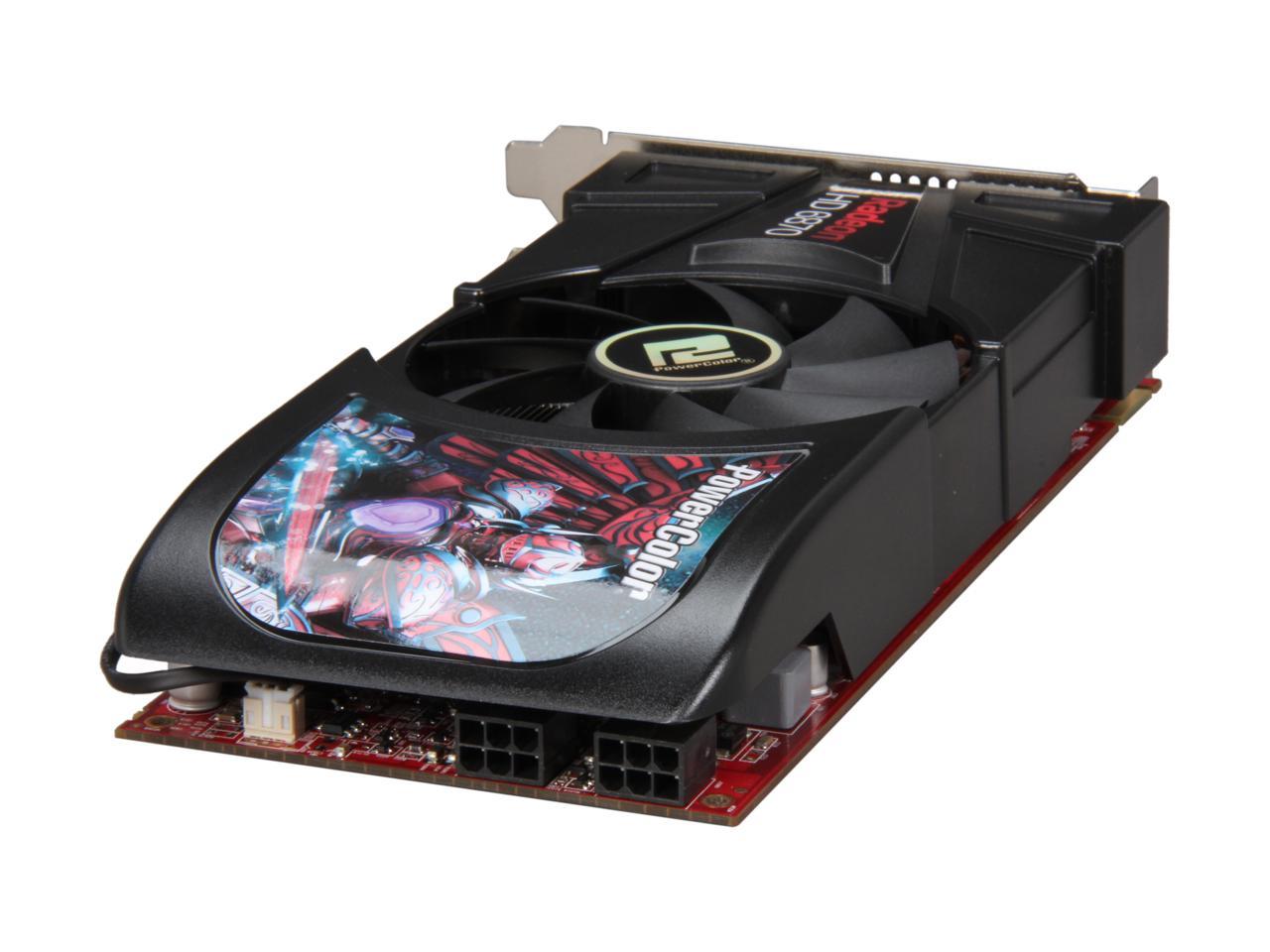 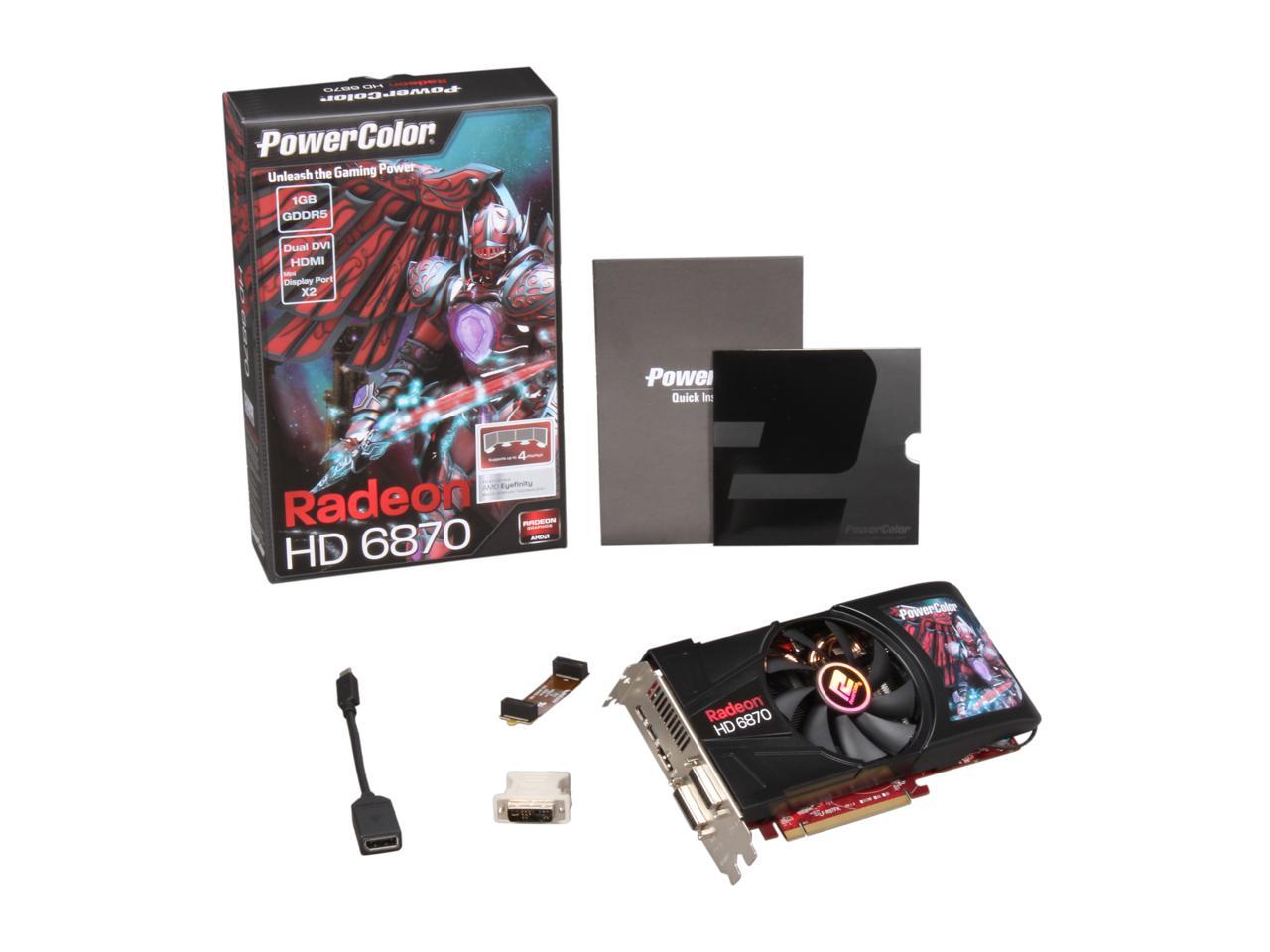 (155) Write a Review
OUT OF STOCK.
Specs
Reviews

Pros: According to reviews it's a great card for the price

Cons: Not sure if I'm the worlds unluckiest person, but 3 dead on arrival cards and a refund later, and I still don't have a working card.

Overall Review: I hate to give a one star review based on bad luck, but three strikes and you're out.

Manufacturer Response:
If you have 3 DOA cards then chances are something else is causing your problems. We haven't had any bad batches, and if you're installing it into a brand new system then you need to keep in mind that a video card isn't the only thing that can cause no display (which is TYPICALLY what DOA means). It's entirely possible that all 3 of you cards were defective, and I apologize for that, but without knowing more on the matter it'd be difficult to know for sure. Either way, we appreciate the feedback. Hugo
David D.
Ownership: 1 day to 1 week
Verified Owner
Its a good card for a great price8/12/2011 12:27:57 PM

Pros: It works great...plays Crysis on high settings, better than a Radeon 5830, smooth play in World of Warcraft with max settings. An all around great economy card... my big gripe with the Radeon 5700s was the 128 bit transfer, this card is 256 bit and at 900mhz/1050 stock this card surpasses the 5830 and the 5700 series as a great economy build card for gaming. (I have a powercolor 5830pcs+ from Newegg in one of my comps... love that card as well). Oh, and it's noticeably shorter than a 5830.

Cons: none, but it didn't make me tea this afternoon... go figure.

Pros: Rec'd this card as an RMA from Powercolor frankly, as I had purchased in the day, a Powercolor AX5770 Evolution, and btw, what makes it an Evolution, is that it had the onboard HydralogiX chipset, which was great, in that it would allow, the evil-Nvidia (and overall, we luv:-)<3, Nvidia), however, their Driver override, for no-no-no PhysX, when sensing an AMD product is Evil!),..so, short story, we had that card for like 2+ years of "good use" in tandem with an EVGA 460GTX (also "great" card, though EVGA's poke you-in-the-eye and make fun of your Mom-"non-customer service" is not so hot),...(or sometimes HD5850 and ohh-la-la!, that is a HOT-FUN, combo, and no complaints, but due to Powercolor's insane 3 years warranty, it was RMA'd via Powercolor, for an upgrade, due to scarcity of the unique Evolution card,...so, thank you Powercolor

Cons: What emerges from the below comments, both the intial glowingly good, and then the change at a few months ago, to virtually all bad, is either not so clever/subtle negative comments "plants" from the AMD/Powercolor competition, OR perhaps, is based in our experience, with Overclocking this card, for grins and giggles, and also maxing out benchmark scores on raining afternoons. First, the card can be overclocked using either OVerdrive or Catalyst COntrol Center, until it will glow cherry red, and probably catch fire, but we stopped at "cherry red",...or even, after one experience, after the initial development of the normal progression of AMD video artifacts and screen glitches, etc. that predictably develop when pushing AMD products, too far. Remember - NOTE those core and video clock's Ghz number in OD/CCC, and in the future - don't exceed!

Overall Review: So, in short, this is an amazing card in terms of pure color rendition on screen, even our Nvidia 670 GTX cannot come close, and it costs twice the price, also in terms of the true playability measures, that never enter such marketing propaganda as the various benchmarks and game FPS comparisons that are all launched in the time a particular card is "on the shelf" via internet,...this one has smooth deep color, smooth screen rendition, and "keeps up" with any tessellation, screen explosions and story points, perfectly, every time and in every game, period. HOWEVER< for those with a "full throttle or/and die" approach to Overclocking video, once they are shown how,...this is not the card, for you, since it has no safety limit. So, either go up to the edge with a light hand, or don't go near "the edge at all" - Enjoy!

Cons: DOA on the first card - worked for literally 1 week before black and purple screens. Should have never sent in the rebate and give it back to Newegg instead.... 2nd Card - DOA - Artifacts all over 3rd Card - Working for 2 days so far will have to see. Waste of money RMA'ing 2 cards back to Powercolor them. Not happy at all. Should have bought a XFX instead. Both RMA cards came back with no shipping packaging just a bare retail powercolor box with a shipping label left on my front door. Can this thing withstand a 4 feet fall or get stolen if no one is home? Quality Control is a big problem with this company from production, support, and shipping.

Manufacturer Response:
Your feedback is appreciated. Please e-mail me if you have any problems with your replacements. My e-mail is hugo@powercolor.com, thanks. Hugo
Antanas K.
Ownership: 1 week to 1 month
Verified Owner
Bad experience12/19/2011 2:06:32 PM

Pros: Graphics performance is good in Battlefield3 and Civilization5 when used with small 1280x1024 resolution. I could not try bigger resolution - see cons. Fan is quiet up until 40%. Anything more is audible.

Cons: My original order card came with a faulty fan controller - fan was on 100% all the time. Adjusting in AMD drivers did not change anything. MSI Afterburner also could not slow fan down. So I requested a replacement. My second card came with good fan, but I could connect only 1 monitor. When I tried to connect a second monitor (using DVI at first, then using DP to try other connector), computer crashed. My power supply 650W is ok because I could see the image on both monitors when BIOS is loading, but Windows could not load and crash. If second monitor is connected when Windows is loaded, screen on both becomes dark black and windows crashes. Needs a hard restart. I installed fresh Windows XP - same effect. After I install AMD drivers - computer freezes. I installed fresh Windows Vista - same thing. Returned second card for a refund because I no longer wish to spend long hours troubleshooting.

Overall Review: Performance is ok when card is working and only 1 monitor is used. I am not sure why both cards were defective, but both defects were very serious and I have decided to go with another manufacturer (requested refund). Also I noted that Civilization5 taxed this card too much in the later stages of the game when everything is maxed out, so something more powerful should be recommended for that game.

Cons: Where do I begin? Tried to be optimistic, but this card is JUNK! I installed it and updated drivers for Powercolor website, then I got a vertical line crash watching a video. Formatted HDD and reinstalled Win7 x64, making sure not to install any DX games/apps (known to cause issues) and not to watch videos. Same crashes on everything. Borrowed cousin's XFX 6750 and installed drivers: ran all variations of DirectX games (Dead Space), Crysis2, watched movies for hours, no crashes at all. At first it ran Starcraft 2 extreme flawlessly, but after first vertical line crash NOTHING worked. Even opening Notepad crashed the system.

Overall Review: Look guys this may be the cheapest 6870 on Newegg, but please do yourselves a favor and spend an extra $10 for one that works. At first I decided to take a gamble for this card seeing many others reported they had success. Now after an entire week of diagnostics, tests, and HDD formats, I seriously cannot stress this enough: do NOT take the chance and get this card!

Pros: When it worked, it was fine... WoW on ultra graphics no problem

Cons: Key words... "WHEN IT WORKED" The first one I had went out a little over a month from when I got it, just after the newegg 30 day return policy. I called PowerColor tech support and they said there had been a bad batch sent to newegg so they would replace it for me (I had to cover shipping to them of course). Rep even said he was surprised it lasted a month. Well I got the "replacement" today (3/6/12), put it in, re-installed the latest driver, and it died again within 30 min! I repeat, DO NOT BUY THIS CARD!!!

Manufacturer Response:
I apologize for the inconvenience. We try very hard to make sure that our replacements are problem free. Please contact me at jgaray@powercolor.com with your RMA information and I will personally see to it that you receive a working product and that are taken care of. Thank you, Jonathan
James L.
Ownership: 1 month to 1 year
Verified Owner
Blue Vertical Screen3/1/2012 9:23:18 AM

Pros: I bought this around Dec. 11 to replace my old 8800 gt. It was a little bigger than I thought and couldn't fix into my old pc... so I decided to give the old pc to my cousin and saved some money to build a new pc to house this card. On Valentine's day, my girlfriend gave me a giftcard and I was able to get the last piece of the build which was the RAM. I was so excited and happy that I can finally put everything together and fire up this bad boy. However my joy was short lasted, after installed windows 7, updated chipset and graphic card driver, and even updated mobo bios... my monitor kept show blue vertical striped of blue every 30 mins or less every time I started up windows. And I can't shutdown or do anything to my pc except for hard-reset it... and the same thing kept on happening. I went online and read about the problem and it seem to be the graphic card that behind all this. I'm filling out a RMA form to PowerColor now... hoping they will fix this issue.

Cons: Blue vertical-striped across the screen, PC froze up and can't restart computer when this happen. I attached a picture of the screen here: http://i41.tinypic.com/24pcsxf.jpg

Manufacturer Response:
I apologize for the inconvenience. I am confident your replacement will be problem free. If you have any questions, please feel free to contact me at jgaray@powercolor.com. Thank you, Jonathan