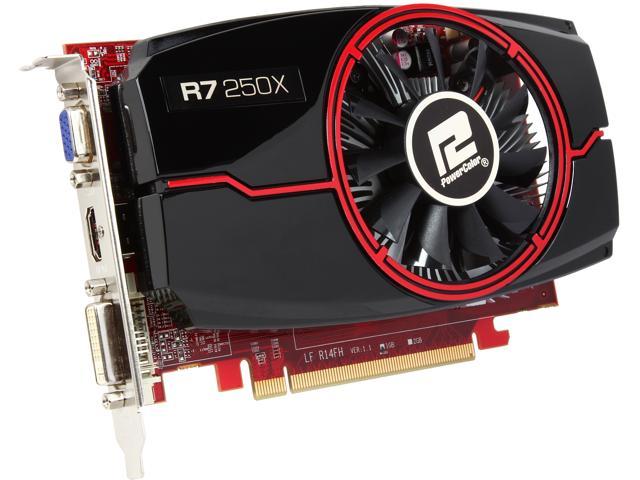 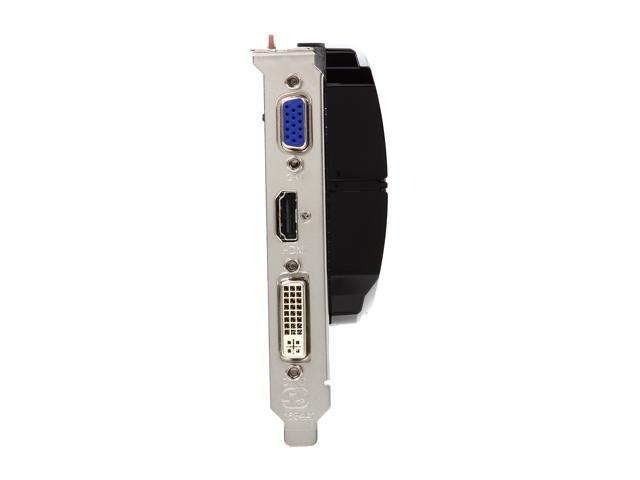 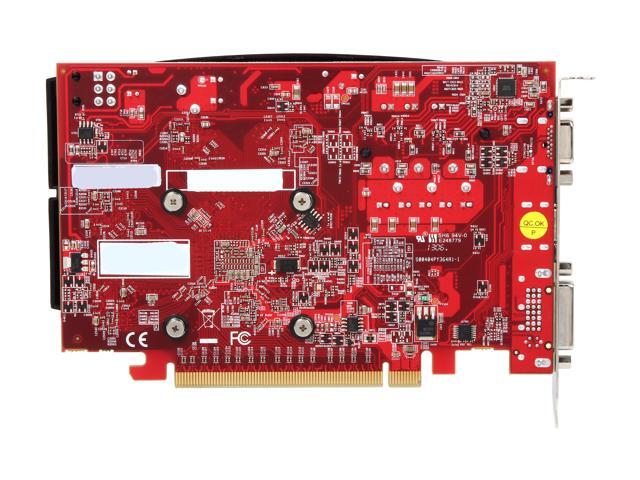 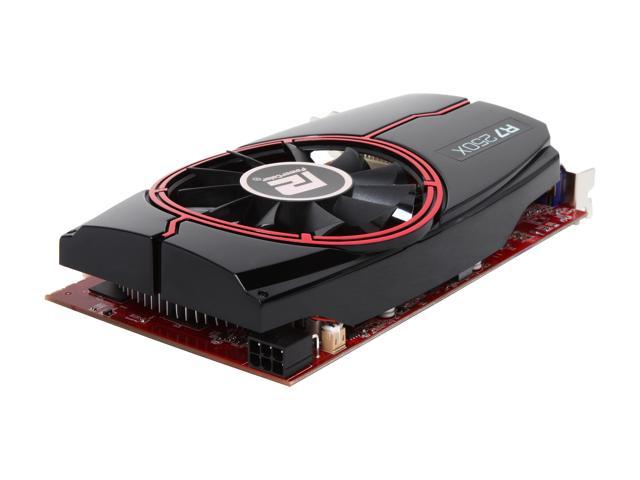 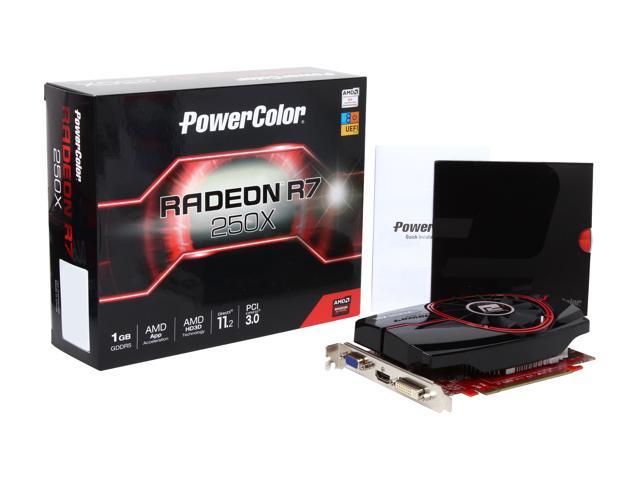 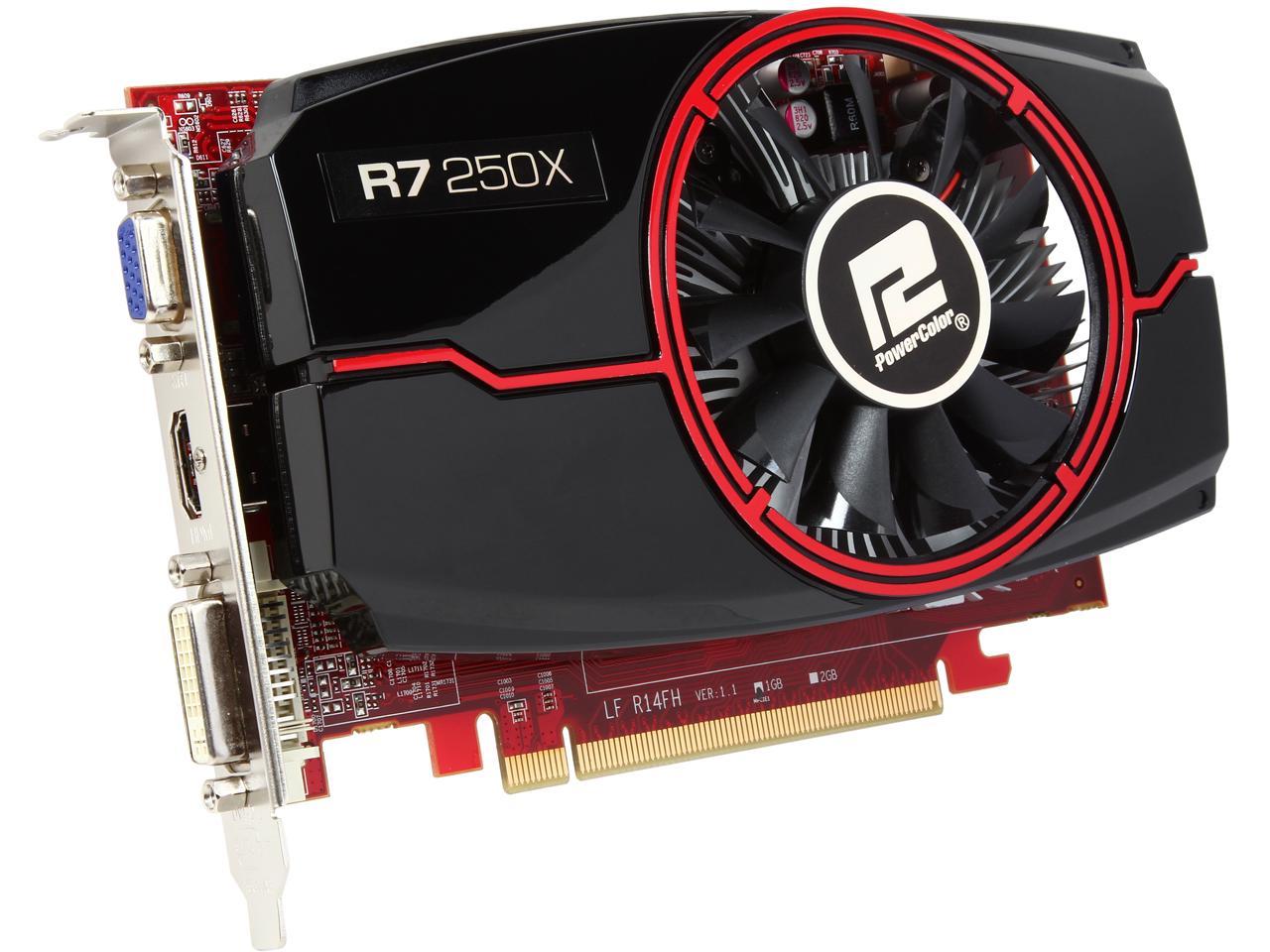 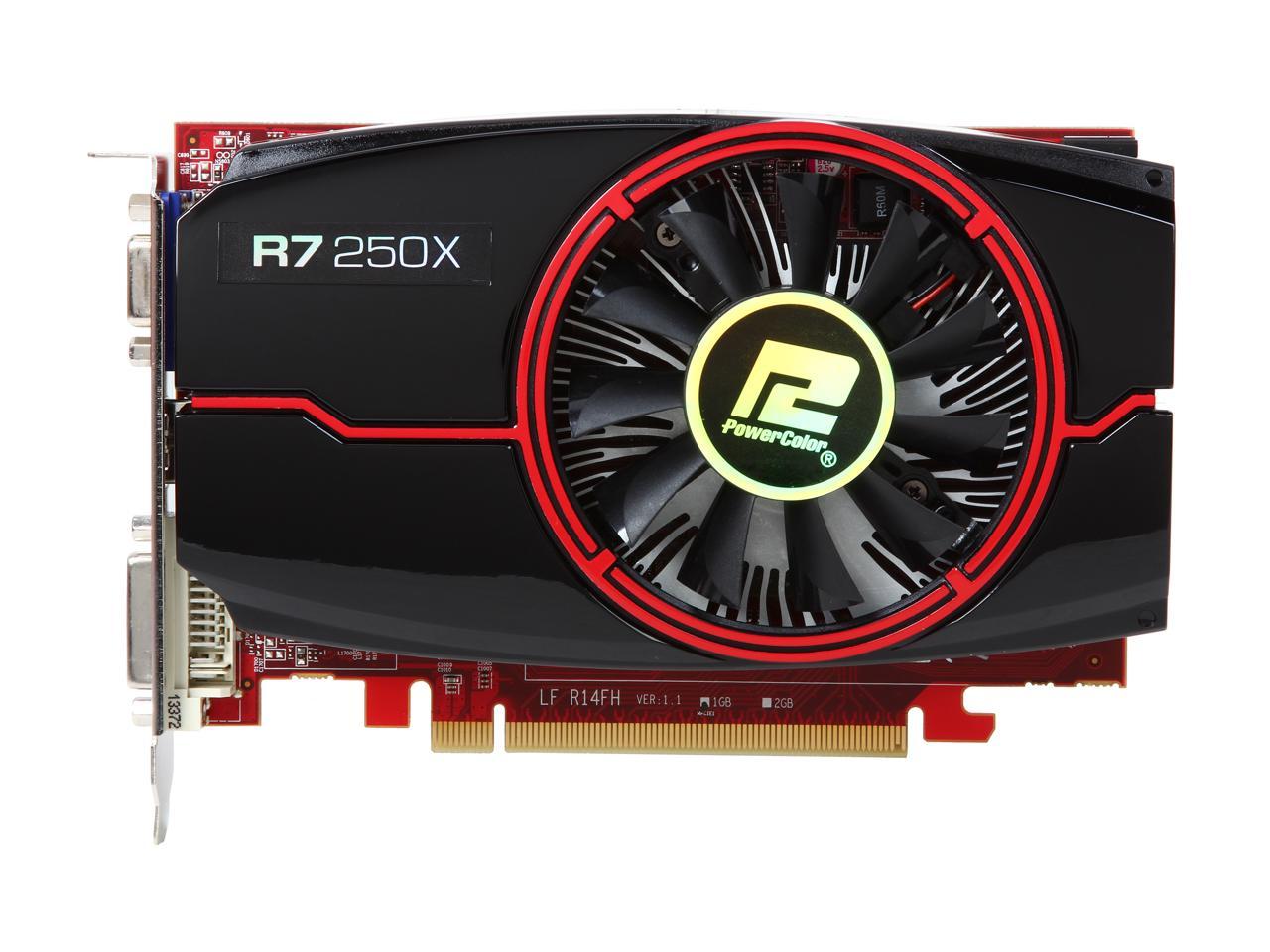 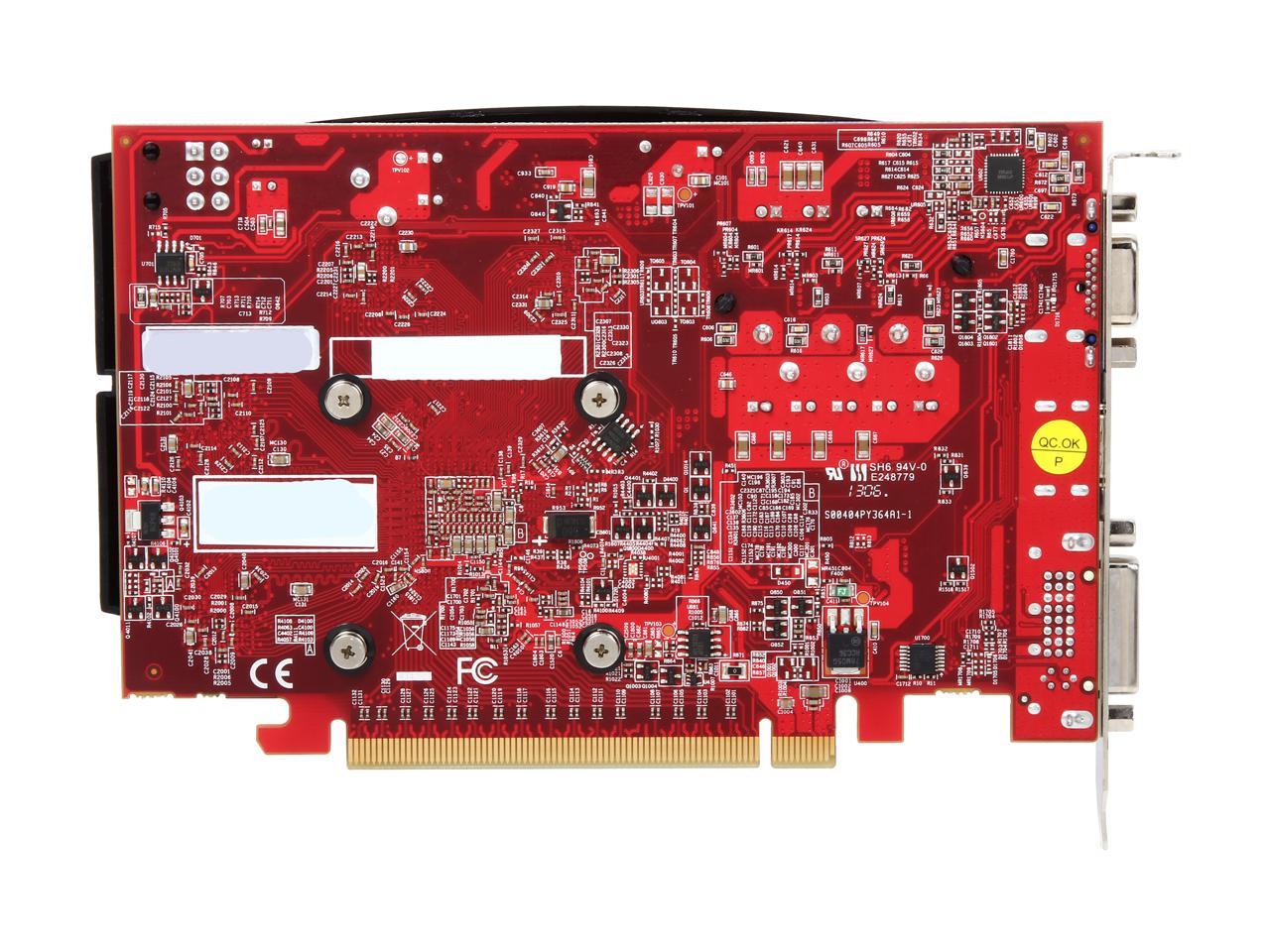 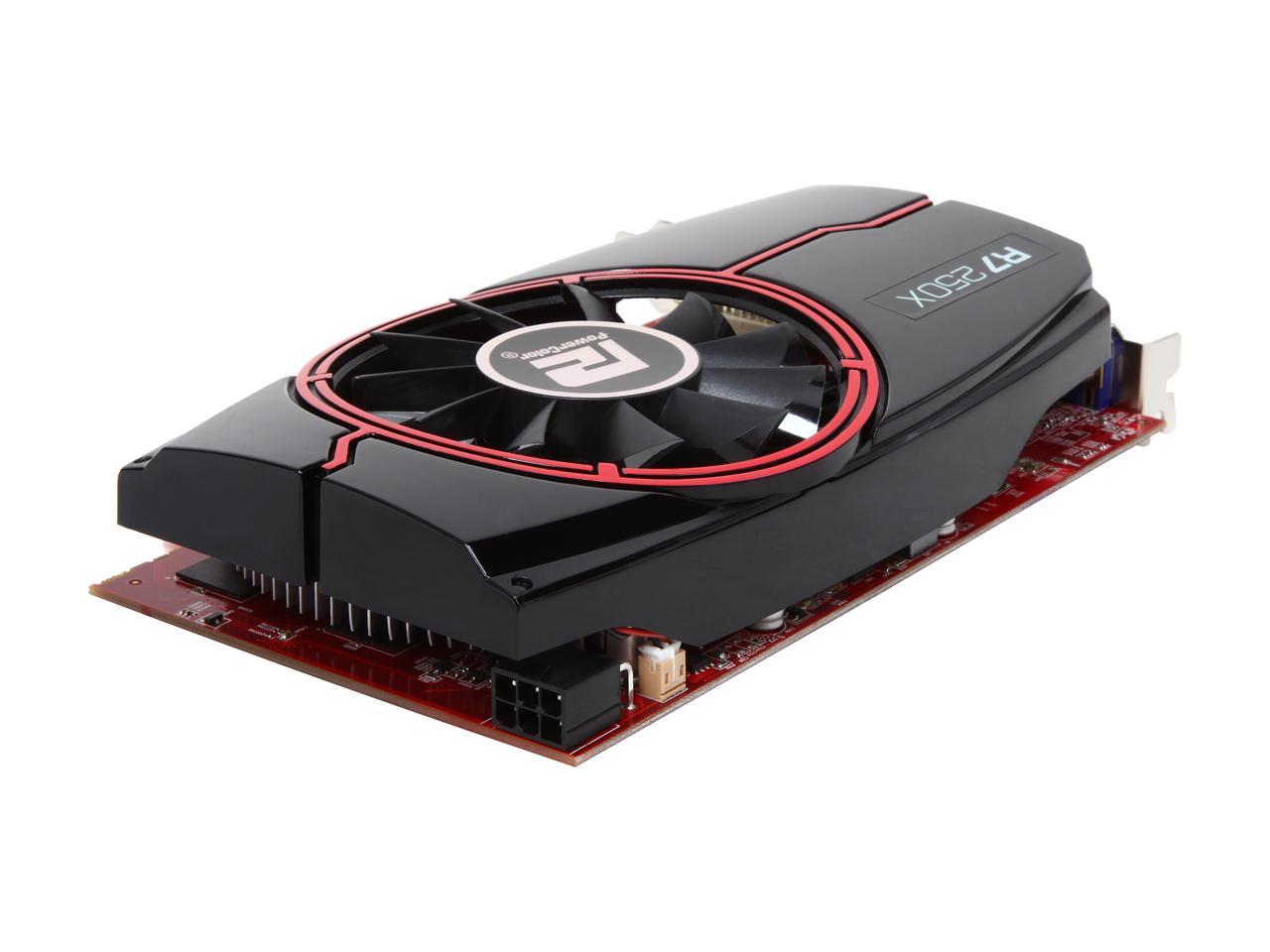 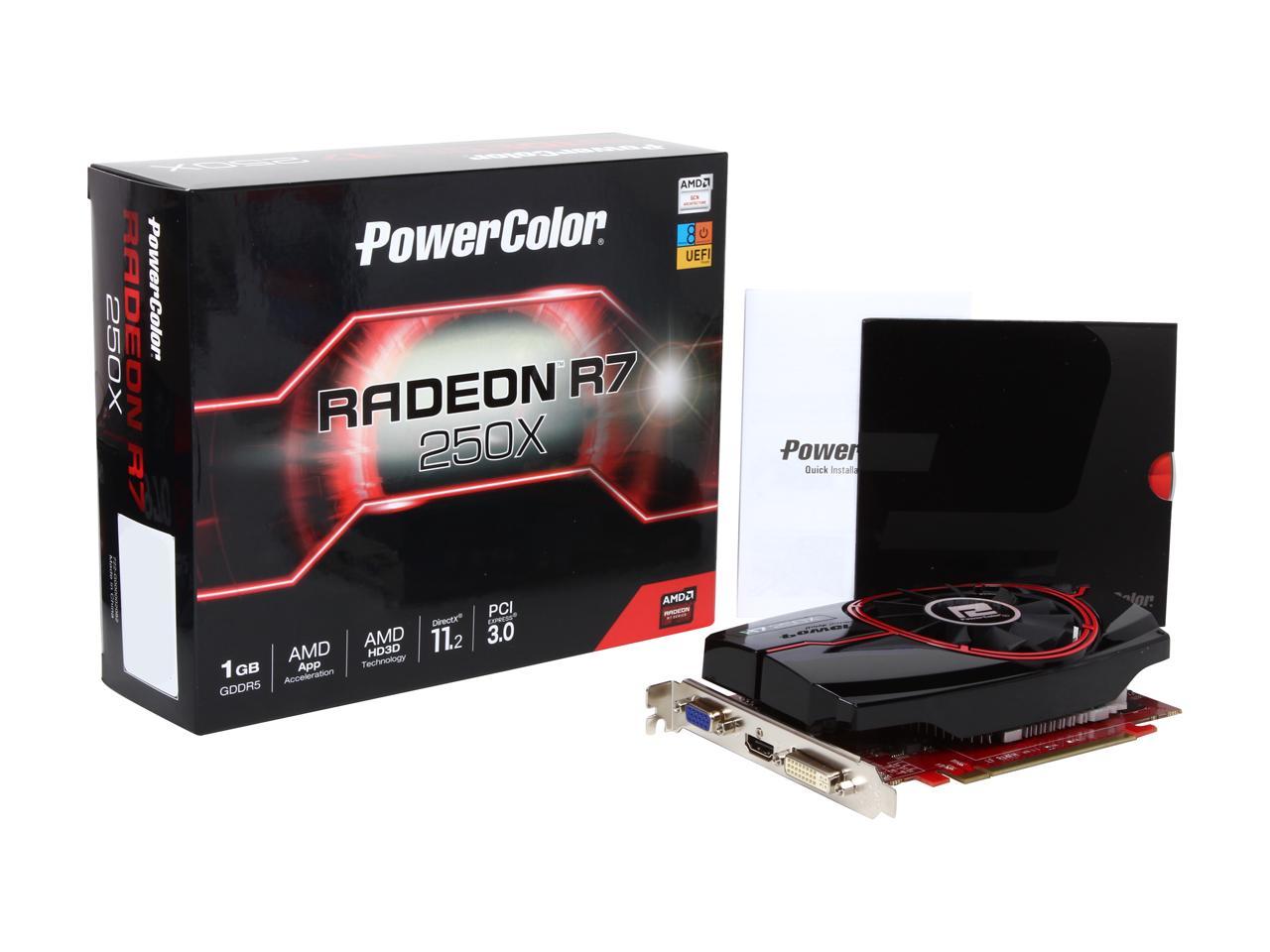 The PowerColor AXR7 250X is powered by an AMD Radeon R7 250X GPU. It delivers evolved performance and lower power consumption at a budget-friendly price with the latest AMD graphics technology. Radeon R7 250X is based on AMD generation 28nm GCN architecture, and comes with support for DirectX 11.2 for improved graphics in the hottest games. AMD App Acceleration boosts your everyday applications. And with DVI/HDMI/DisplayPort connectors, you can build multi-monitor environments for enhanced viewing and productivity.

Cons: Power cooler does not provide and tuning utilities for this card as far as I know , I think they're overclocking utility only works on their higher end cards I may be wrong I did NOT download and try it

Pros: Performance for cheap 84.99 Runs War Thunder on High settings with GREAT FPS Shogun 2 on high settings and many more from steam

Cons: None. Have heard many opinions about pwrcolor. This card works a hell of a lot better than any Galaxy card I ever bought but still with a great price. A lot of people say save and get the R7 260x, but this card is perfect for a budget gaming rig until then.

Overall Review: If pwr color offers a r7260x for a better price than say xfx. Hands down I will buy.

Pros: Easy install, excellent frame rates, very smooth and stable. Performed better than I expected from reading online reviews. Tried a R7 250 then a R7 250X. The 250X was the better card (IMO).

Cons: A little pricey without rebate (I got it for $25 off and free shipping)

Overall Review: This card was an upgrade for an i7 casual gamer desktop PC which had an old stock HD4870 in it. Very noticeable improvement.

Pros: I have to say, this in 2013 was the best budget card out there. I paid on sale $54 for this card. I sold this card in 2016 when upgraded because it still ran fantastic and was great for 1st gpu to game on.

Cons: None, None at all.

Overall Review: I just 12/3/16 bought a RX 480 from Powercolor for $200 bucks. Have to say, I see PowerColor as competitive as any of the other brands in gpu's on the market. Don't cheat yourself by not thinking PwrClr is a great brand.

Pros: Was inexpensive, and plays all my games at full rez without shuttering. Games played: Star Trek Online, Beyond Earth, Heroes of the Storm, Diablo 3, LoL

Cons: Some of the advanced features of hardware acceleration are not supported with in-game adjustments. Such as AA. I have to turn that off or I get a ton of space that never get rendered.

Overall Review: Was great for a budget mid level graphics card. Still waiting to see if it will support DX12 when Win 10 is released.

Pros: Plays all the games I want. Runs 2 monitors no problem. Skyrim on mostly high without hires textures.

Cons: Motion blur in all games. If you look carefully you see a "shadow" of the table, wall, hill edge right next to the actual object. Might be my monitor but it's an hd tv that didnt have the issue before. Insane coil whine on Counter Strike (NOT a demanding game) Coil whine on most other games.

Overall Review: Bought it refurbished because it was a good price and i figured all the issues would be fixed. I was wrong. It works, but it's already crashed once because of Mantle, and well, it should WORK. My first build, still getting an idea of what i'm doing but i've done all my research for years