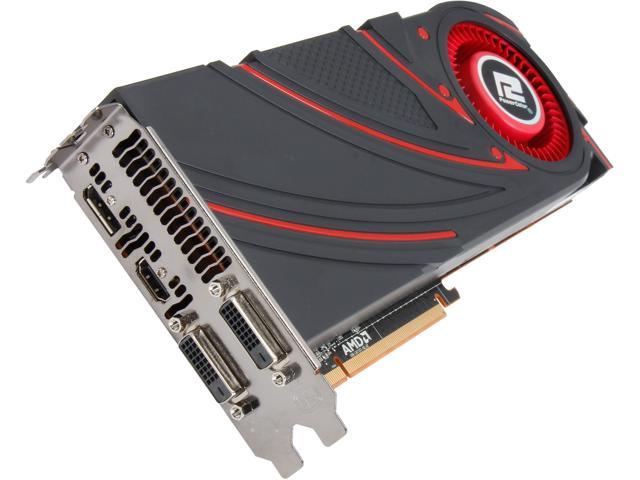 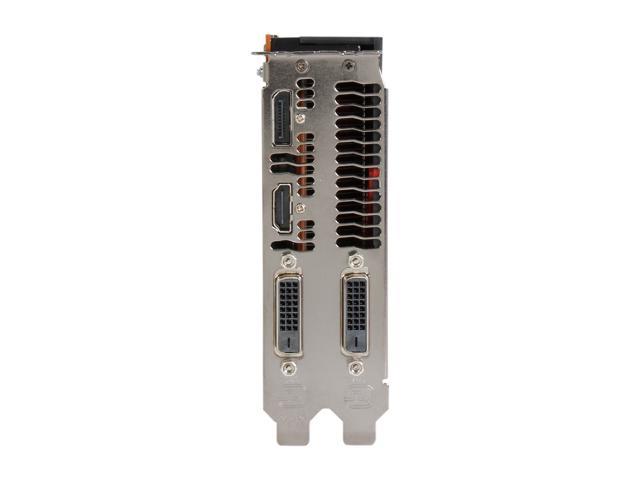 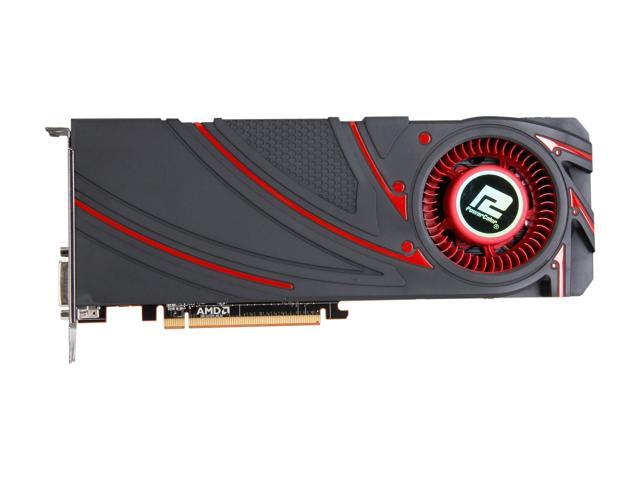 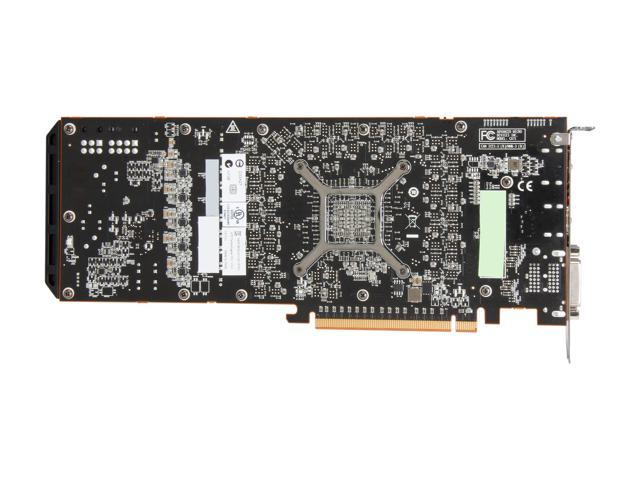 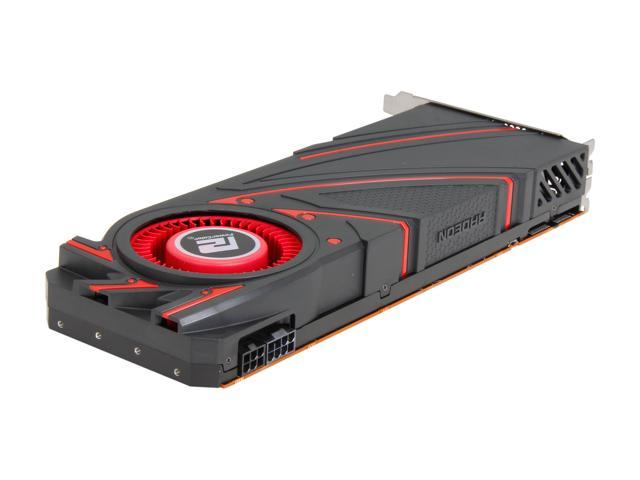 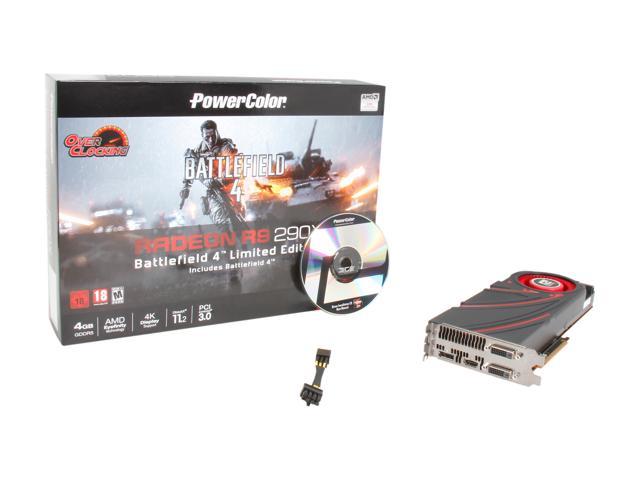 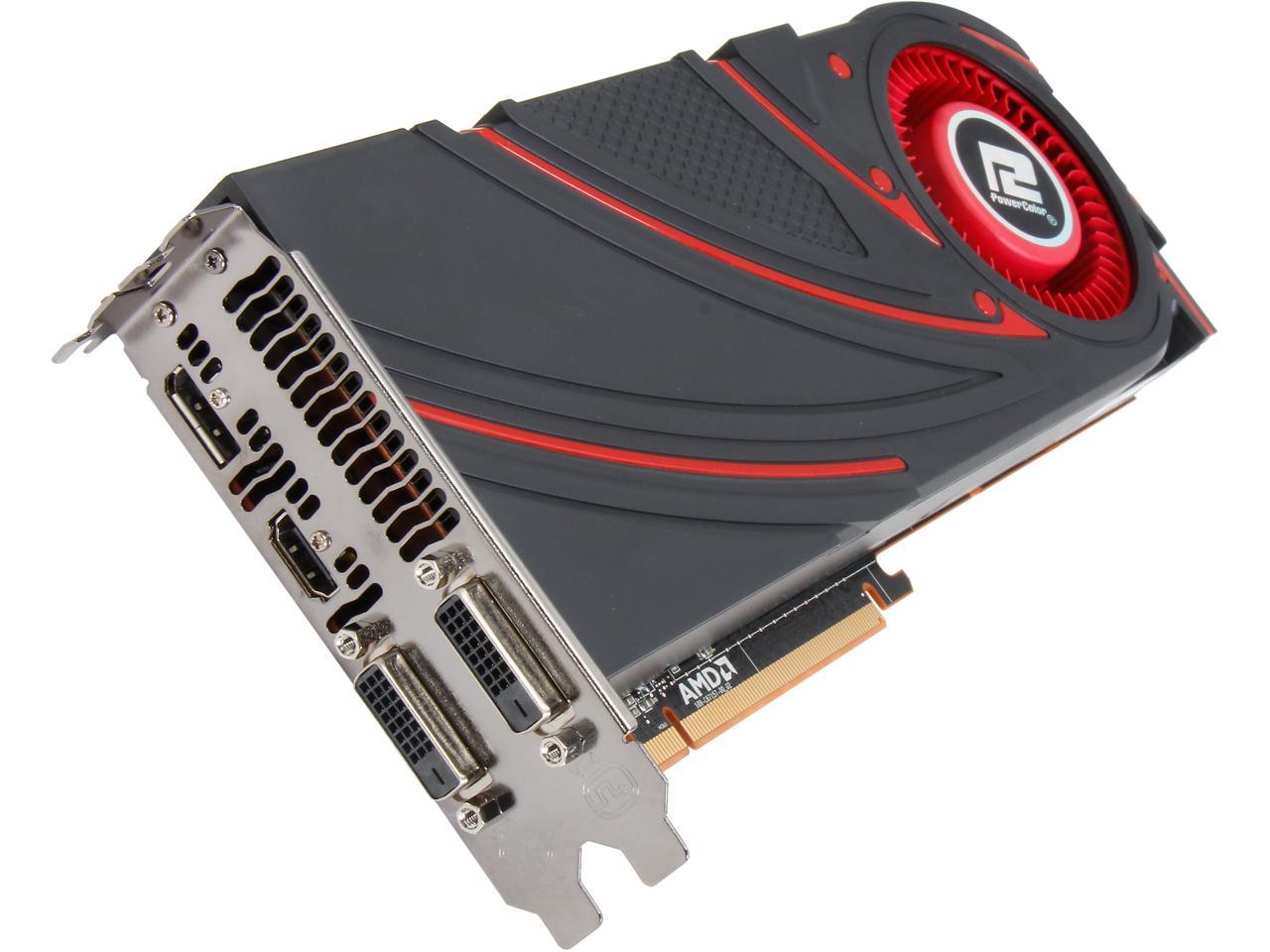 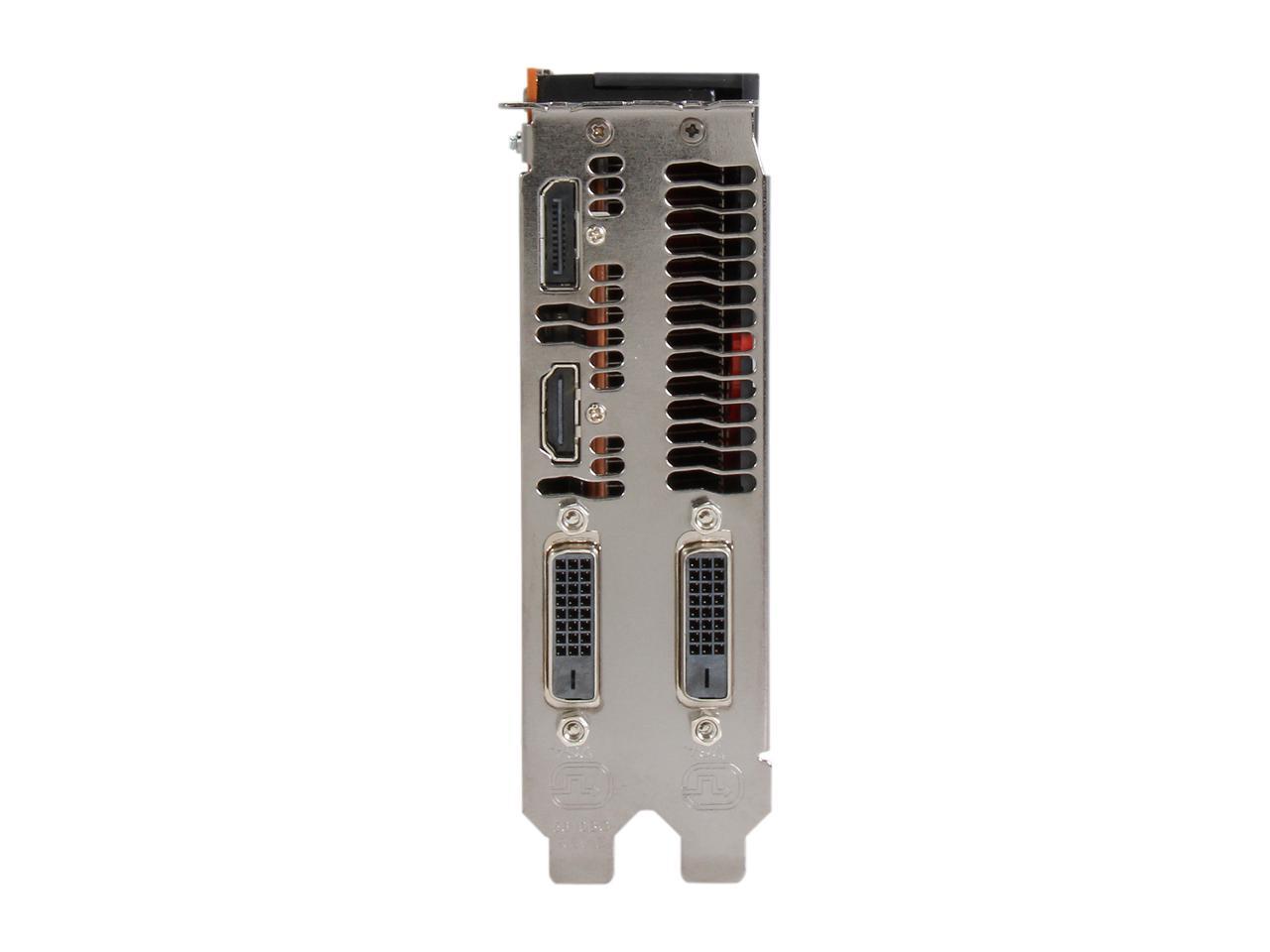 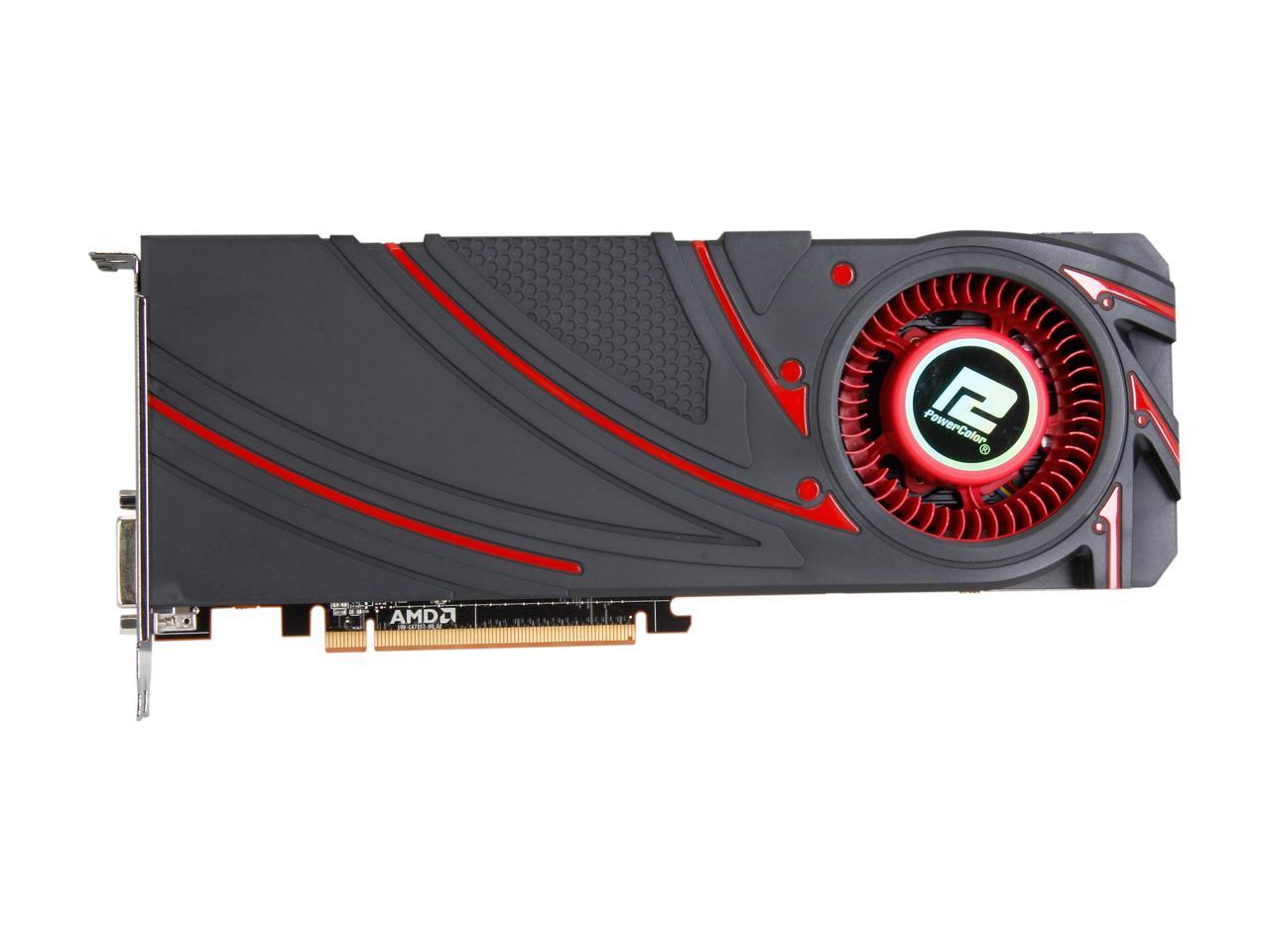 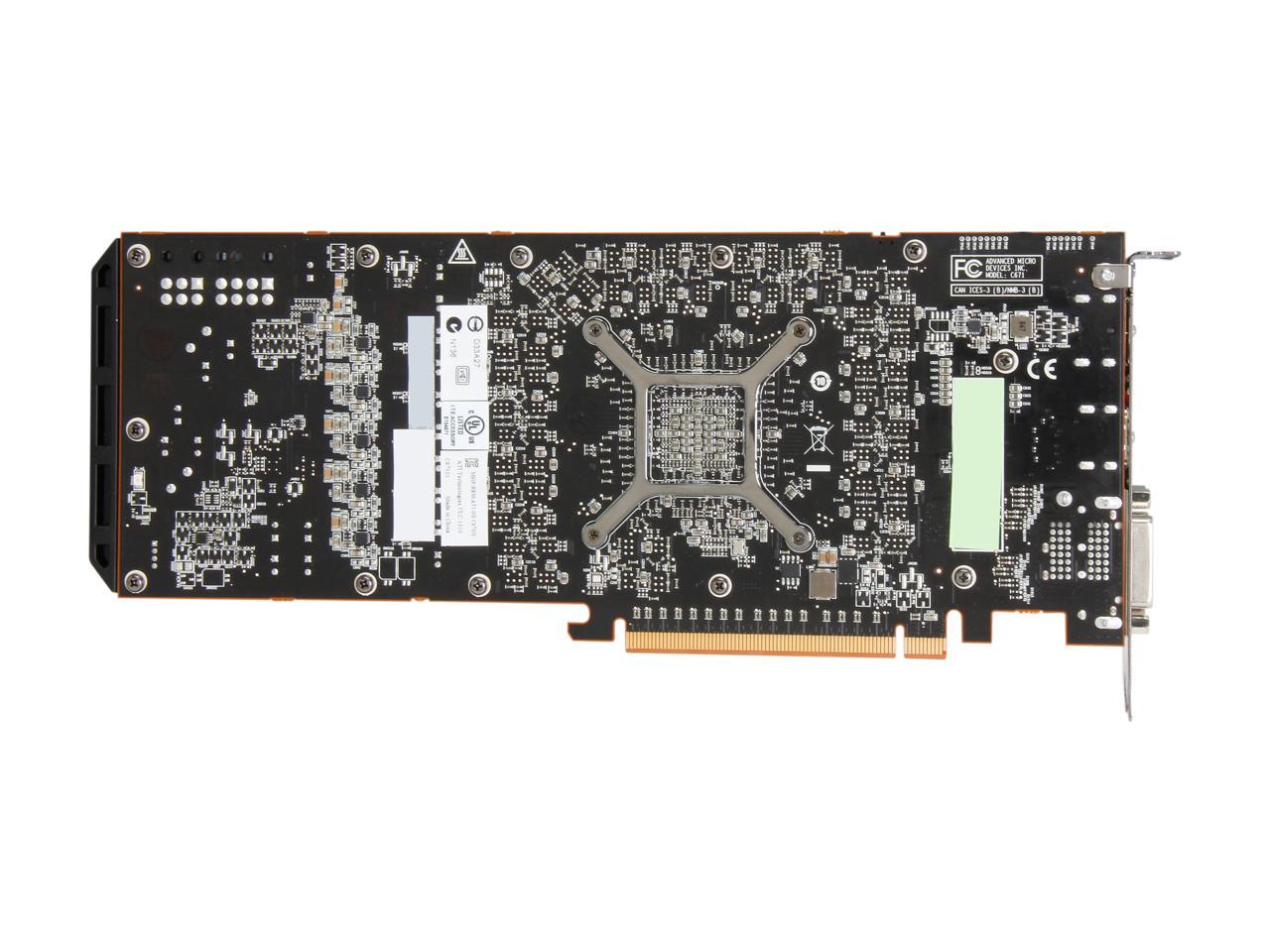 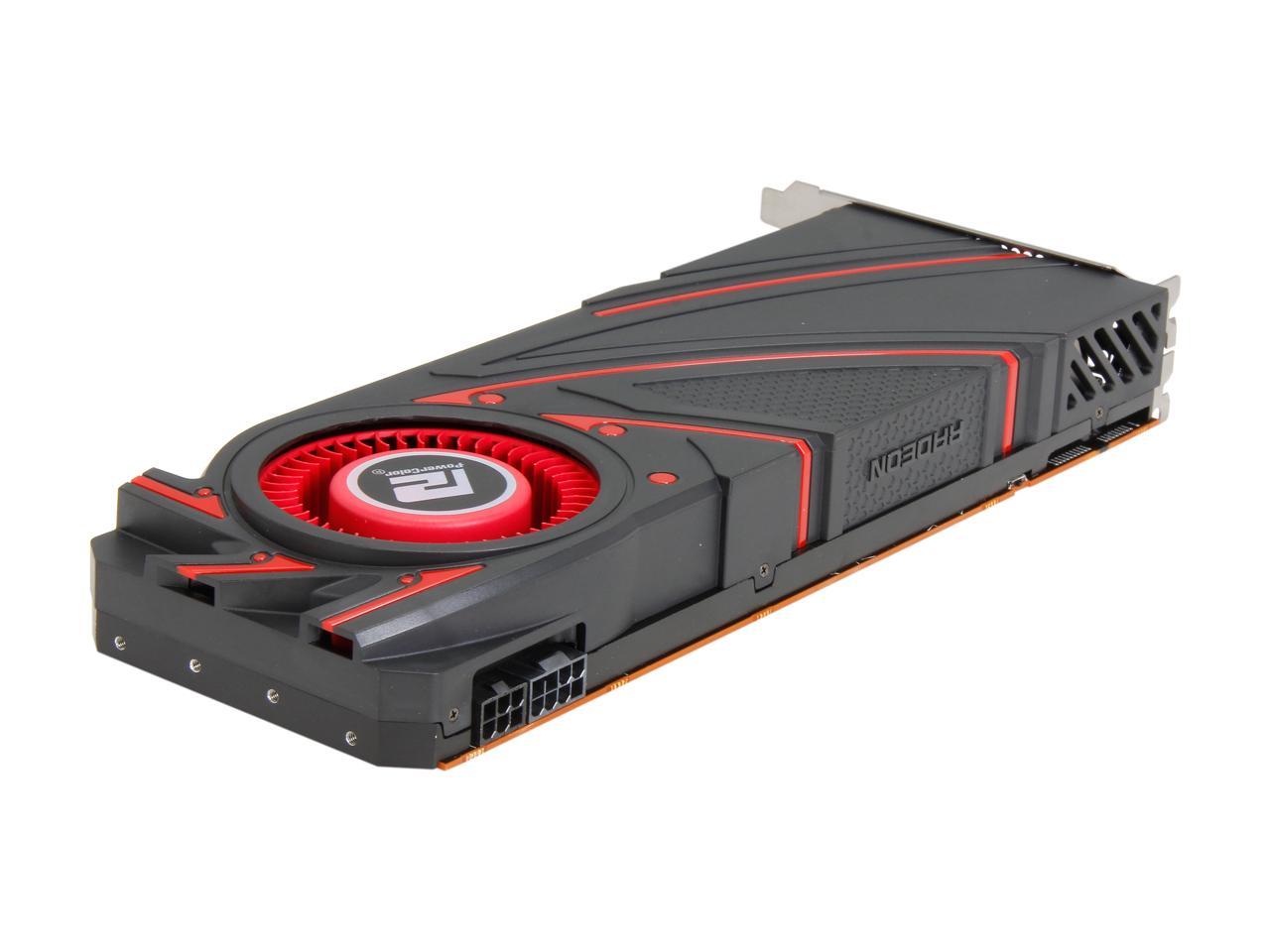 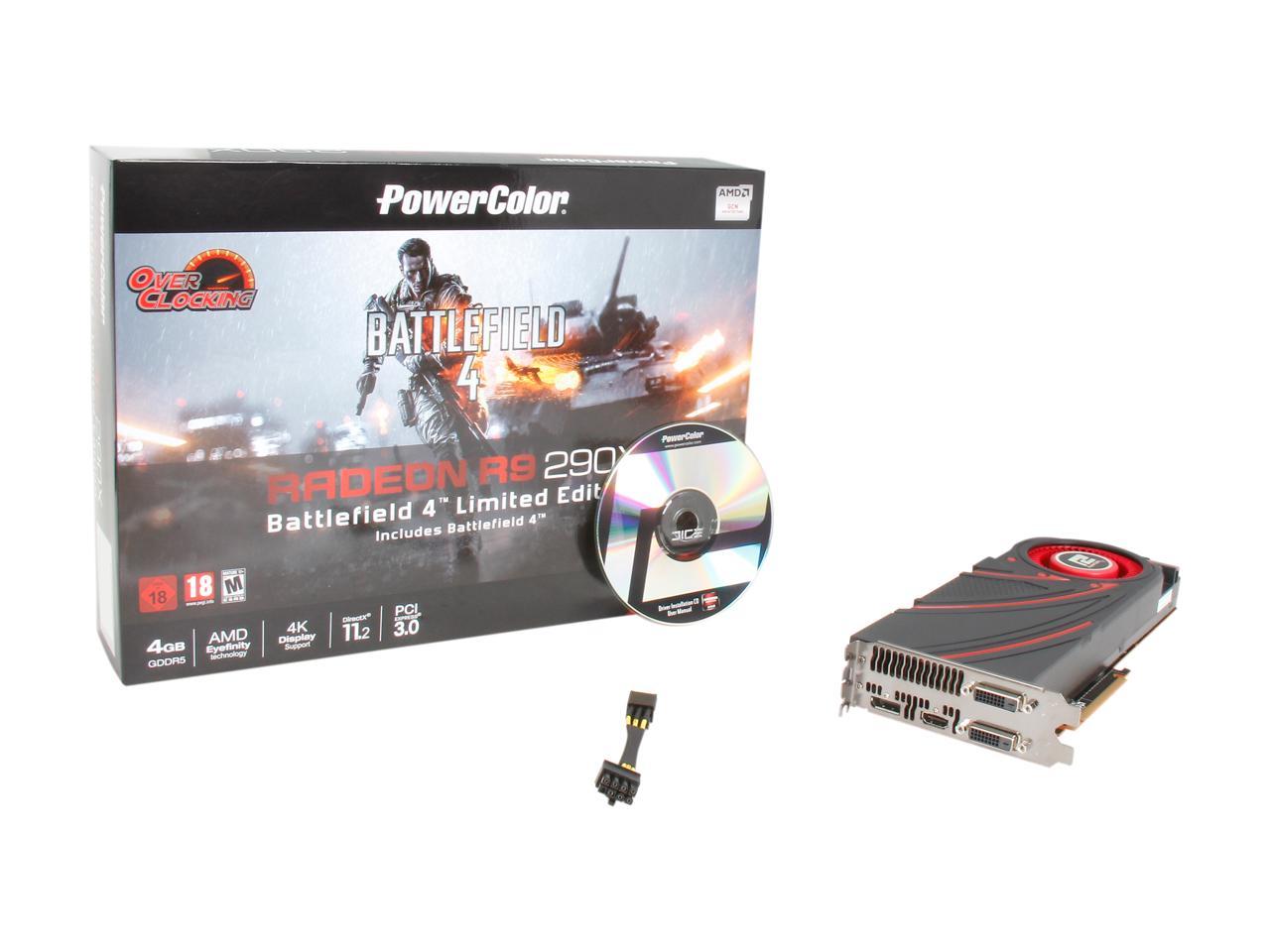 The Radeon R9 290X, the AMD's new flagship GPU, offers the weapon of choice for gamers who demand the best. It's based on the new 28nm Hawaii GPU architecture and introduces the support for DirectX 11.2, capable of rendering reality-redefining imagery in the hottest titles. With a massive number of stream processors and a gigantic 4GB GDDR5 memory, this GPU delivers the performance you need for smooth gameplay at extreme settings. The new CrossFire technology allows you to build a multiple graphics card configuration without the use of interconnect bridges. With Ultra Resolution Gaming you will leave HD in the dust by gaming on displays much, much larger. A rich set of AMD innovative technologies are included, such as App Acceleration, AMD PowerTune, AMD ZeroCore, and AMD HD3D technology. With these technology advancements, you'll get more than one way to elevate your gaming experience.

Pros: Stock Overclock to 1030mhz starting 4gb GDDR5 512bit Bus for ONE GPU Decent Price to Performance (Even at the price hikes) BF4 Coupons Great Performance and Scaling in CFX Blows almost all hot air out of case Decent Overclocking on Both Ram and GPU

Cons: 8 Game Coupon that came with them expired by the time they got to me Stock cooler is a bit noisy, but no worse then some GPU's ive had in the past (Uber Mode mind you). 1 of my 3 has an issue with the bios in Uber Mode (Clocks itself to 1000mhz vs 1030mhz).

Overall Review: The cooler on this card is adequate with the latest Catalyst on uber mode to cool One of these cards and maintain the 1030mhz Clock speed without throttling even after many strenuous benchmarks or BF4 sessions. I bought 3 of these because I run a 3 way Eyefinity monitor setup for gaming and the scaling/multi-GPU performance was better than 3 780ti Scaling in a multi-monitor setup (Scaling meaning CFX scaling over SLI scaling). I read through people testing these things and decided to go with 3 of the powercolor versions since they in my book are one of the top 3 AMD card companies now. They have exceeded my expectations as every game ive thrown at it except for Crysis 3 runs on Ultra at 5760x3240p (3 1080p surround monitors). BF4 runs very well on these cards multiplayer or single and gives me the performance I was looking for. I liquid cooled my cards and managed to overclock them with ease to 1125mhz GPU and 1350 on the ram without really much thought. Ill see later if they can go further, but for now the performance is top notch from these cards and there is no problems what so ever with temps (Mine never exceed in their overclocked states on water above 57C). With the stock cooler, I tested each card with burn in's for over 2 hours each to make sure there were no issues and benchmarked them. They all stayed around 87C after the 2 hours session with the switch in the Uber mode setting allowing 55% fan speed. I never once got a drop in clocks like this except on one card. The third card only went up to 1gz on the Core clock in Uber mode (Though I manually bumped it to 1030ghz for the testing and it was perfectly stable). In quiet mode on the switch it did read 1030mhz so im unsure why this one is like that but its not big issue for me. When running in CFX (I only tested 2 cards together for this) with the fans I did get a temp with them sitting next to each of about 93C on Uber after 2 hours of testing. Bumping the fan speed to 60% dropped the temps instantly to 86C in CFX with the same testing. My Rig: CPU: FX 9590 at 5.0ghz (Not Turbo) Ram: Gskill Trident X 1899 16gb 2x8gb (Cas Latency 8) Motherboard: Crosshair V-Z Case: Corsair Obsidian 800D HDD/SSD: Samsung 840 Pro 512gb and Seagate Barracuda 1tb 7200RPM GPU: 3x PowerColor R9 290X with EK Waterblocks @ 1125/1350.

Cons: I was getting constant flickering black screens. Problem turned out to be VRAM overheating. I had used an aggressive fan profile at stock clocks and it was still happening. I have the memory clocked down to 950Mhz and the flickering is gone. Pretty sad when you can't run stock clocks stable.

Overall Review: I wish I could get a refund for this, seeing i'm out of the 30 day RMA window.

Manufacturer Response:
Hello, This is Raymond from Powercolor. We apologize for the issue that you are faced with. Please email me with a description of how you determined that the issue with vram. We can troubleshoot the card. Raymond.Hsu@powercolor.com Best Regards, Raymond
Garrett S.
Ownership: 1 day to 1 week
Verified Owner
3/19/2014 9:36:22 PM

Pros: -All the standard 290x specs -30Mhz overclock -Comes with Battlefield 4 (2 copies, actually) -At the time of my purchase, the card's price was not inflated, unlike every other vendor's. -Fan is not that loud. I came from a GTX 670FTW, and it is not appreciably different in volume under load. I play with my open-air chassis PC (InWin D Frame) roughly 3 feet away at head level, and the fan is not audible during a game even in uber mode (quiet mode is essentially silent). -Card has no issues whatsoever maintaining advertised clocks (1030Mhz), even in quiet mode

Cons: -First card was dead on arrival. Newegg customer service did well getting me a new one. That said, it had the "black screen of death" issue, which is apparently very, very common with these cards. -All the standard 290x heat (yep, it loads at 93C)

Overall Review: Whether you are gaming or mining, this is going to be an impressive card. I don't have an interest in mining myself, but I take comfort in the fact that I could start at any time or sell my card with little loss (or even gain) to someone who is interested. I want to stress again that the fan IS NOT THAT LOUD. I was expecting a turbine, but either driver or bios updates, or some wizardry from Powercolor, has made this a card that is easy to live with. If that is what was holding you back, I would urge you to give it a chance. One oddity - the "uber mode' does not seem to default to max 55% fan speed, at least not according to overdrive. A different bios, perhaps? I went ahead and manually allowed that, but it seldom if ever needs to get there, even after a few hours of BF4. I subtracted one egg because of first DOA card (which is supposedly very common).

Pros: Just have one running and just smashes through all games. (Bf4,Crysis 2, Total War Rome 2, ESO beta). Games are gorgeous and have new life.

Cons: Maybe a bit warm for some setups, just not mine. I got a good case n cooling

Overall Review: Running this in a rig with AMD 8230 8 Core and 8 Gigs of ram. Excellent card and I definitely recommend buying, although I would get the newer cards with improved cooling, because. Why not?

Cons: - stock cooler is pretty much useless (too loud, doesnt remove heat effectively enough) - stock temps under load are too high - temp based throttling is stupid

Overall Review: I purchased 2 of these back in January of this year for use in a water cooling build. I used them for about a week before installing the watercooling, and while the fans were loud they were not overbearing. Since installing the watercooling loop, these cards have performed flawlessly. If you are going to buy this card tho, I highly suggest either getting some kind of aftermarket air cooler, or putting a waterblock on it and going the watercooling route. It *needs* better cooling to reach its full potential, but once you eliminate the heat throttling this card cranks.

Overall Review: I purchased this and was super excited as this is my first expensive top of line video card I've ever bought. Too bad it was a terrible experience, it worked for about 30mins and then it shut off. Googled it and found that this card has tons of issues with the "Black screen issue". I have RMA'd my card and waiting on new one, hoping that theres no issues there, otherwise I will be asking for refund.

Pros: Great and fast card , I got very lucky on this one, it has 81.2 ASIC quality and Hynix memory. Cool running. Just exactly what I was looking for.

Pros: Price (got it for around 400 before the price spikes), has higher stock clock than most other reference 290 cards. Been running strong for months now under constant use, but I go easy on all my cards and always ensure adequate cooling. I waterblocked mine to take full advantage of the card capabilities without throttling.

Cons: Of course depending on the specific application, temps can get rather high and battling this by blasting the fan can help somewhat, but doing so creates a lot of noise and for the power conscience user, increases the power consumption. I also have another 290 Ref. from Gigabyte and I could never get crossfire to work properly between the two. Can't say if it's my particular setup or an incompatibility between the two cards, but I have spent more than enough time just getting all my cards to work correctly in windows and this is just frivolous for my purposes. Card was voltage locked as well, but using afterburner you can fine-tune it to some degree which I found helps with the cards' throttling.

Overall Review: The heat problem was my biggest concern, so I bit the bullet and waterblocked both of my 290 cards and it has become a non-issue now, with temps that usually never get over 50C under full load and overclocked, and around 28-30C at idle.