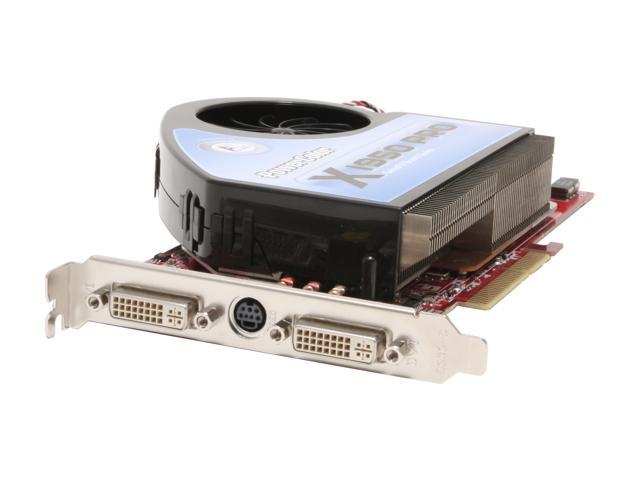 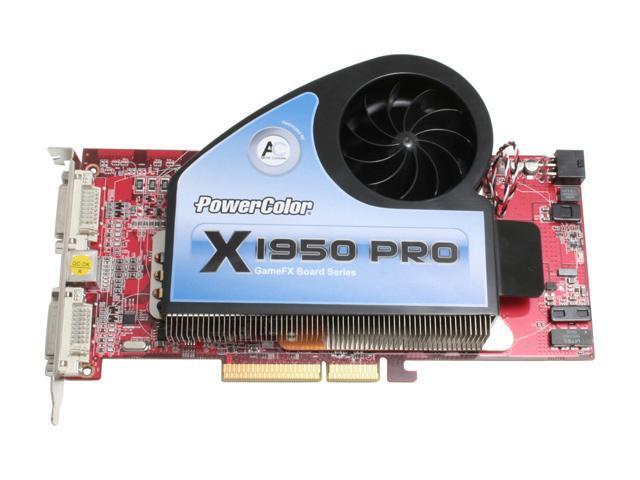 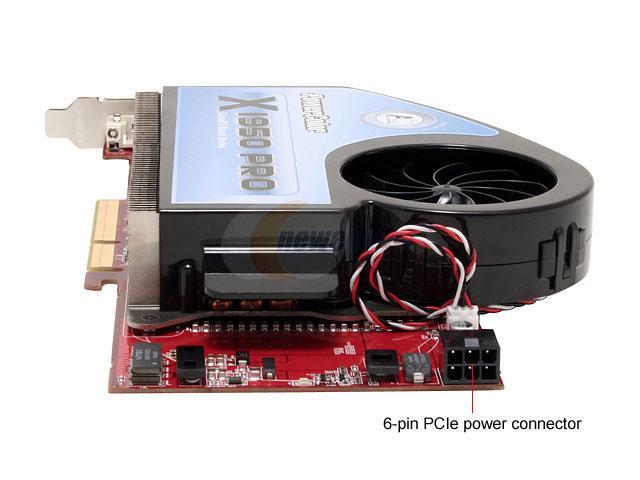 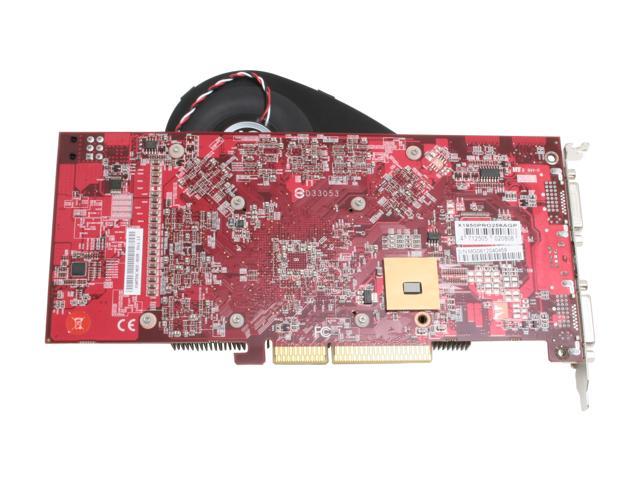 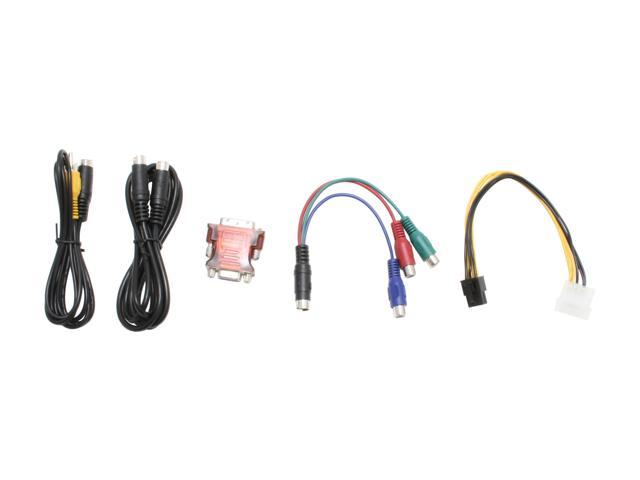 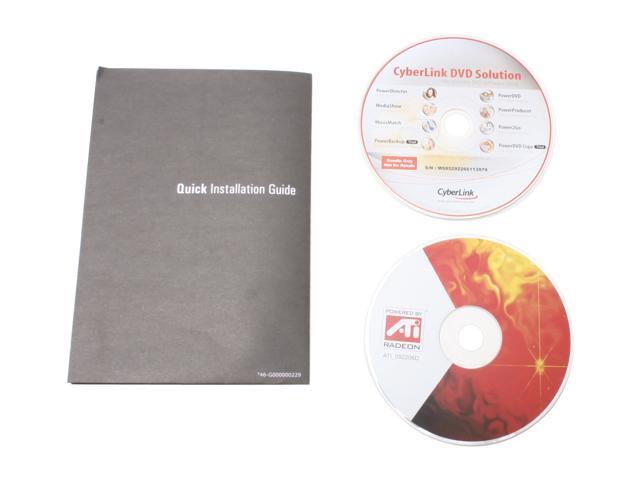 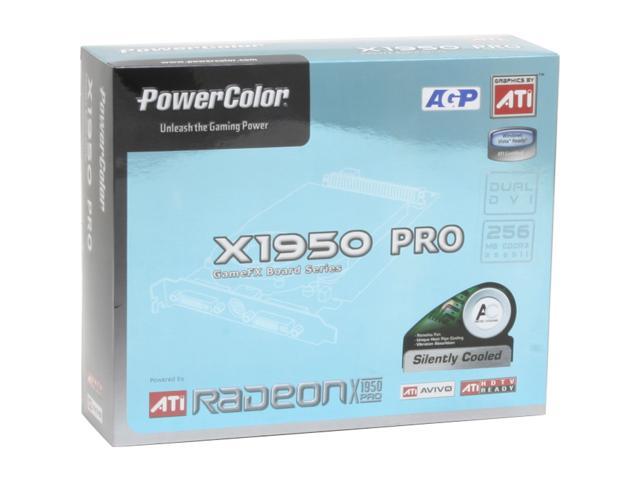 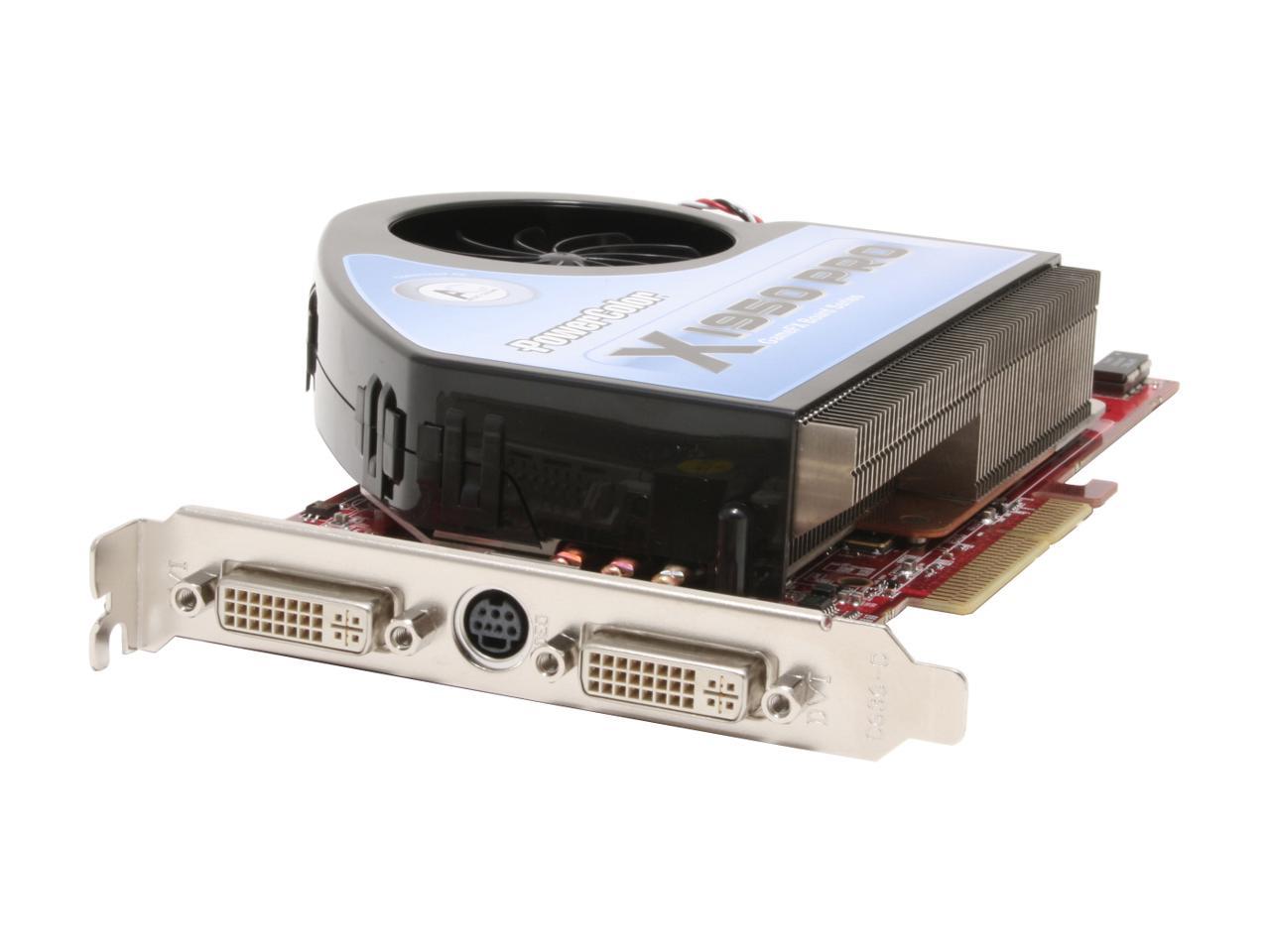 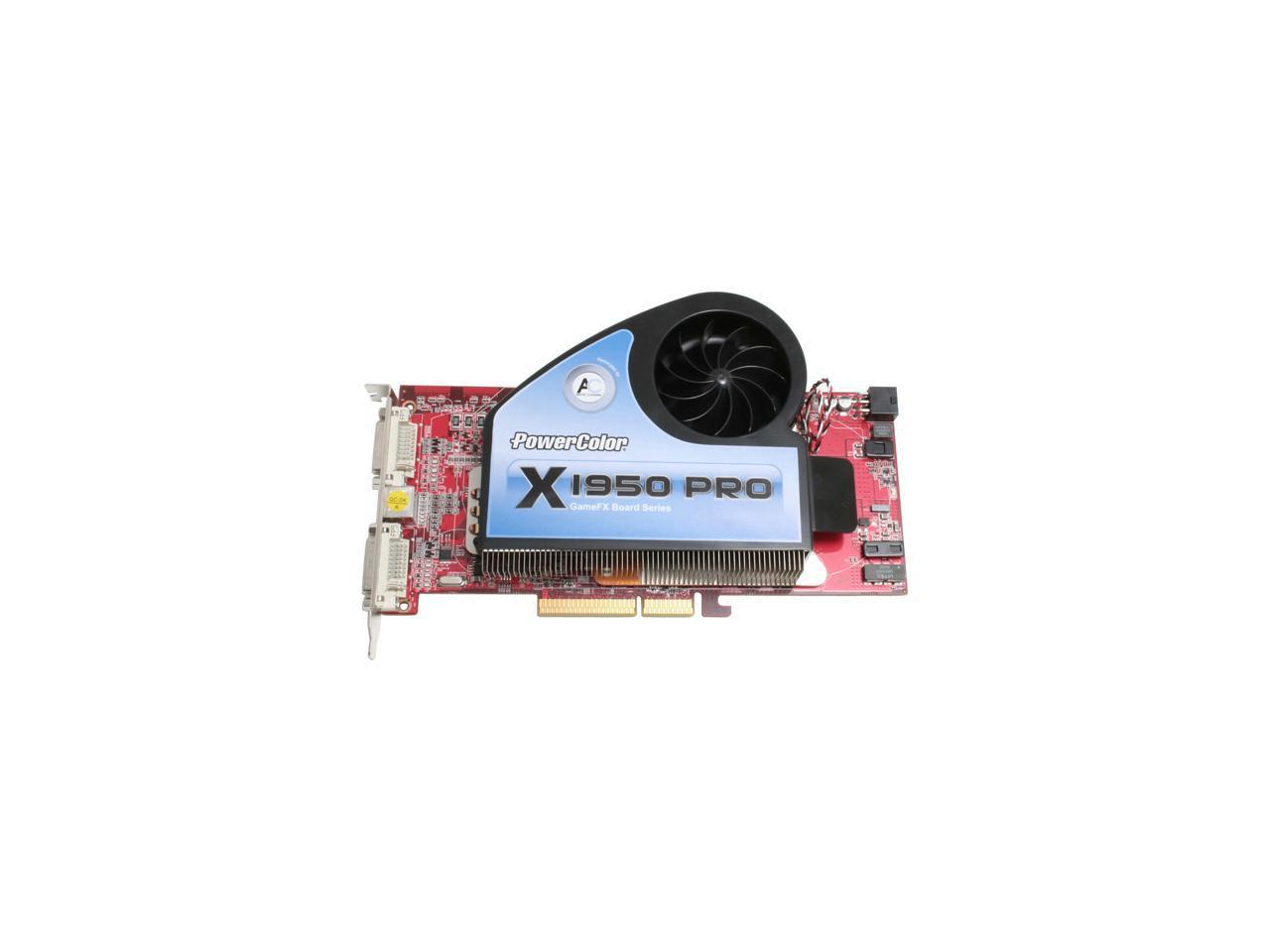 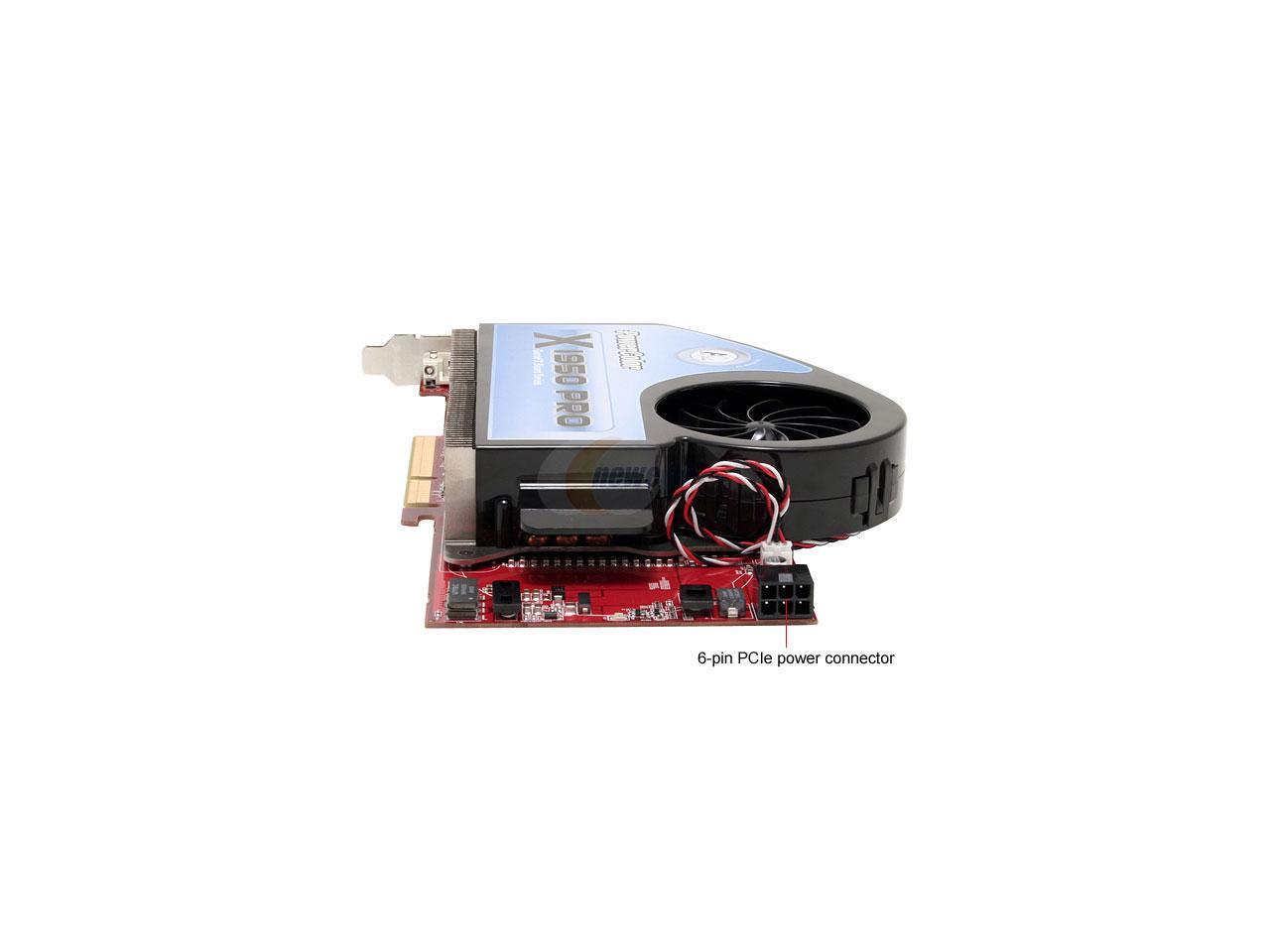 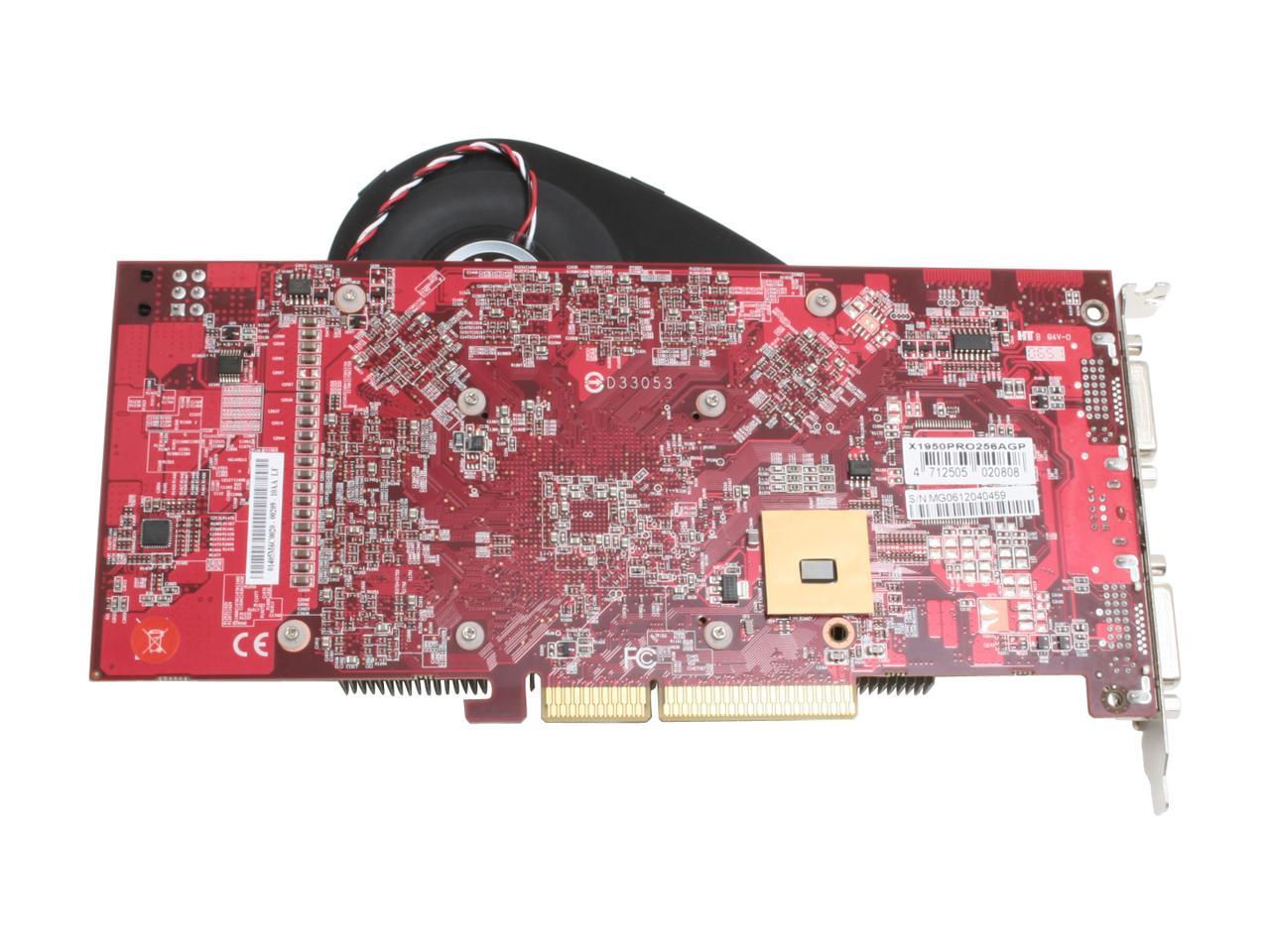 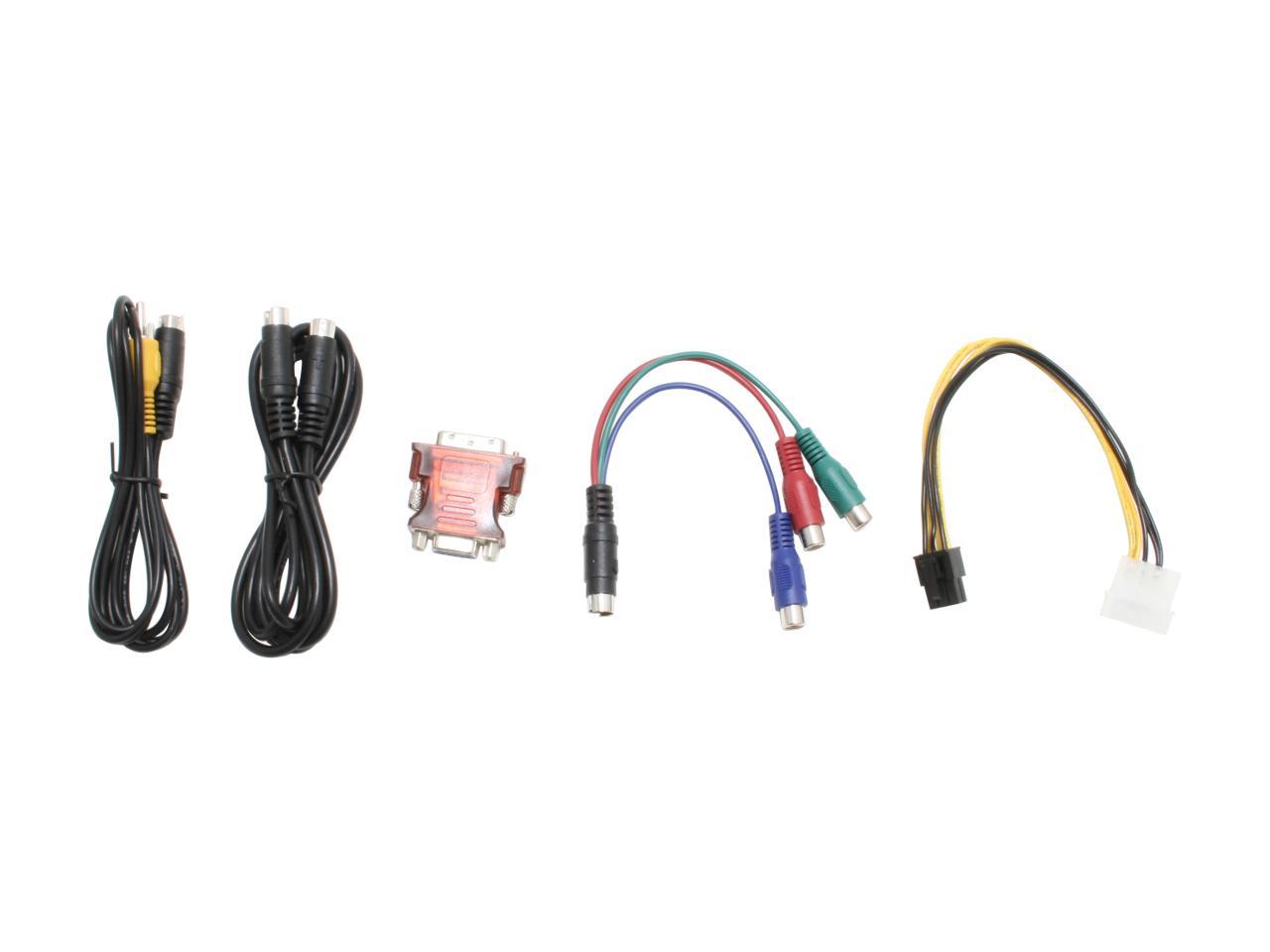 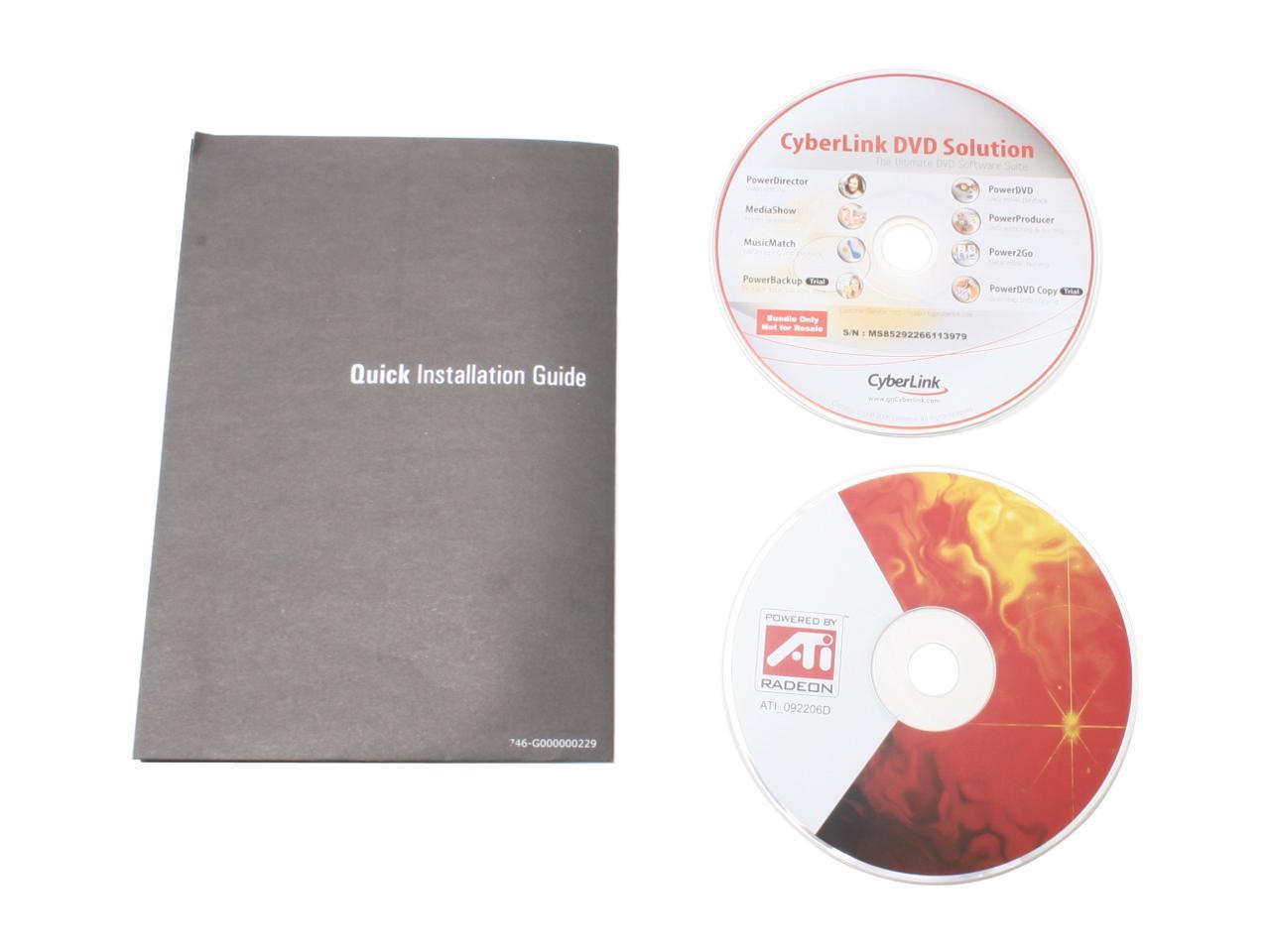 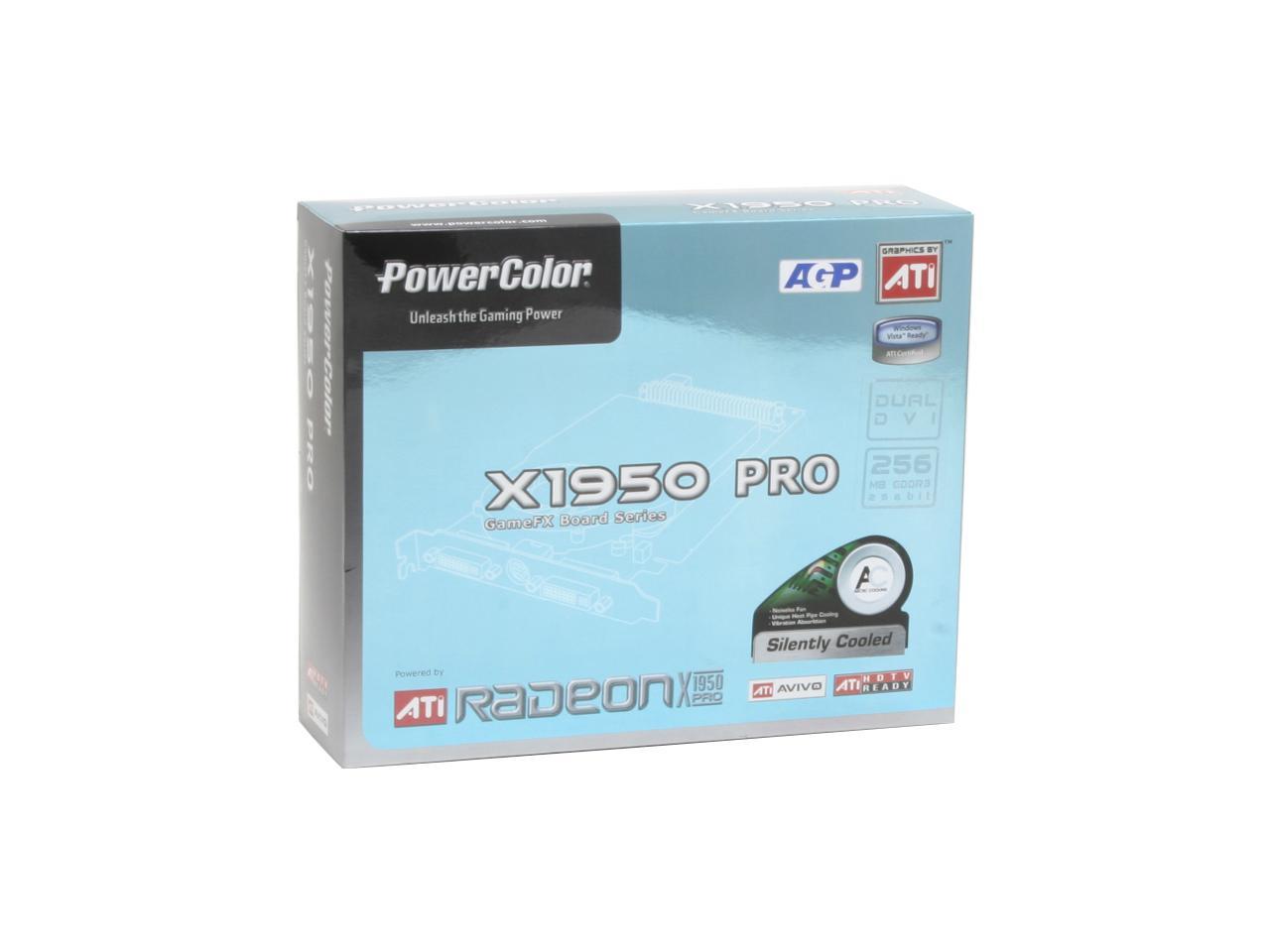 Learn more about the PowerColor X1950PRO256AGP

Overall Review: It makes the 7800gs, even the gainward bliss golden sample/goes like hell editions look like a rage/voodoo fx card in comparison. Remember those? Get it if you have AGP, bottom line.

Pros: Once I got the card working, fantastic graphics! Provides the headroom I need (want) on my 3yo system to last a while longer. Don't want to overhaul complete system yet. Also, card seems much quieter than my previous.

Cons: As others have encountered, card didn't work at first... same dead display. (resolution noted below in "Other")

Overall Review: After insterting card and trying EVERY power supply feed I had, I remembered that I had boosted the voltage on my AGP slot to 1.6 volts. CHECK YOUR AGP VOLTAGE SETTINGS! Once I restored this to 1.5v, the x1950 fired right up.

Cons: Nothing about the quality of the card. With this being such a new card, the device driver is probably not where it should be. I'm sure with future drivers, performance will improve some more.

Overall Review: I am using an Antec TPII-550w power supply (with dual +12v rails of 18A each) and have had no problems running anything. FEAR, Doom3, etc play like they should but with more eye candy. This is in a Lian Li V1200 case, so heat isn't a problem for me.

Pros: If you have anything less than a 6800GT in your current AGP slot than this card should be a massive improvement in your gaming environment. Large cooler is quiet, works well.

Cons: When gaming at high resolutions like 1080p or 1920x1200, a game like FEAR still wont hit the magic 60fps. Also, HL2 at 1080p with HDR applied will still seem sluggish. I'm coming from a 6800GT and FEAR (a real system crippler) and anything with HDR enabled (the other system crippler) still will bring this card to its knees at very high resolutions. So keep your expectation levels in check.

Overall Review: Overall a great value if you're running anything from more than few years ago, or possibly a newer but slower AGP card. If, however, you are running at HDTV resolutions of 1080p or more, then this card wont quite get the job done. You'll still need to move to PCI-E and one of the super-fast Nvidia parts to stay above 60fps with eyecandy turned on.

Overall Review: This (and all x1950pro AGPs) require a very good/high quality PSU. I'm betting all the negative Newegg reviews saying they can't get the card to work are power issues (definitely if you can't get signal to monitor or can't boot up, 90% sure if your having stability issues playing a game/benchmarking/under load). I think most people are missing the SINGLE +12V 30A CONTINUOUS requirement or DUAL 12V 22A CONTINUOUS each. Most PSU's list MAX current, not continuous. Example, I just looked up a 750W PSU Dual 12V with 22A Max each. Guess what? That doesn't meet the requirements. My old 510W PSU specs were listed as +12V@35A and it doesn't meet requirements because it's really +12V@26A CONTINUOUS. Some people may be getting it to work on weaker PSUs, but give it a while, and they'll start showing the same symptoms as the negative reviewer because the PSU has been overworked. Recommended PSUs: any PC Power and Cooling, mine or any Silverstone OP model, Enermax Liberty 620

Pros: It is supposed to be the fastest card

Cons: So far will not work in my system

Overall Review: I have been building and servicing computer for over 6 years. I cannot get this card to work in my system with any drivers (7.1 included) Dual Athlon MP 2800 Tyan Tiger MPX Antec NeoHe 555 Windows Server 2003 After I install the drivers and reboot, the computer freezes and the screen goes black after loading windows. Will keep trying to figure this out.

Cons: Wish it came out 6 months ago.

Overall Review: Slight problem with how the DVI connectors are located too close to my case. This causes the DVI to VGA adapter that is included to "barely" fit and I'm worried that it might bend the DVI connector over time. I might have to look for another adapter that isn't so bulky or try to reseat the card slightly. My old card was a Nvidia 5900XT. I forgot to write down my old benchmark numbers but I can tell you that CSS never looked better with the x1950pro. Night/Day difference from my old card. If you are like me and want to stay on AGP for as long as possible, this is the card for you.

Pros: Good card, if you can get it to work. Works with Via Apollo Pro266T based Supermicro P3TDDE motherboard under Windows XP with Catalyst 7.4 and Omega Driver 3.8.360 (Catalyst 7.4 based 3rd party driver). The Omega driver seems to work best.

Overall Review: Folks with Via Apollo Pro 266T chipsets should probably be wary of this one due to poor driver support. If yo're running Windows XP and you don't mind being stuck at Catalyst 7.4, then this might be a OK choice. I'm currently using the 3rd party Omega Driver v3.8.360 which is based on the Catalyst 7.4 driver and it seems to work quite well for Windows XP so far. Oh, and if I were to do it again, I'd probably consider moving to the 512MB version, especially if you're interested in doing GPU Hardware based folding.