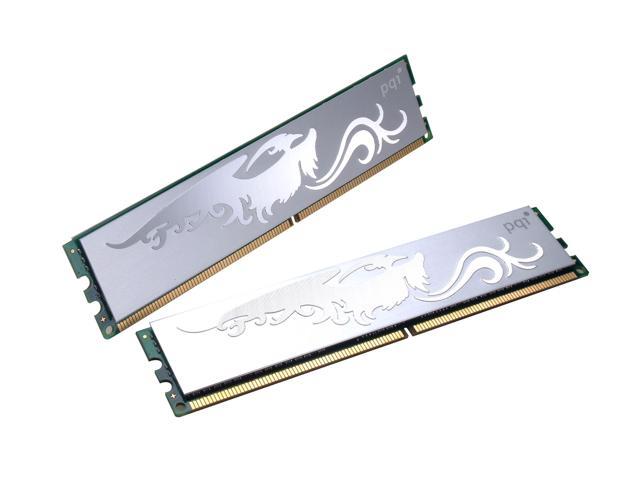 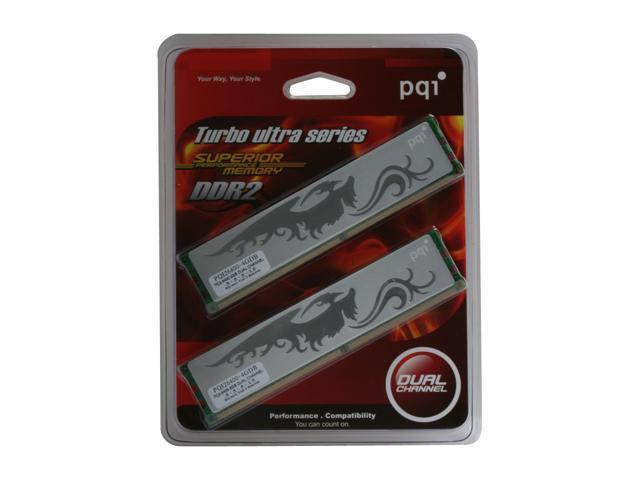 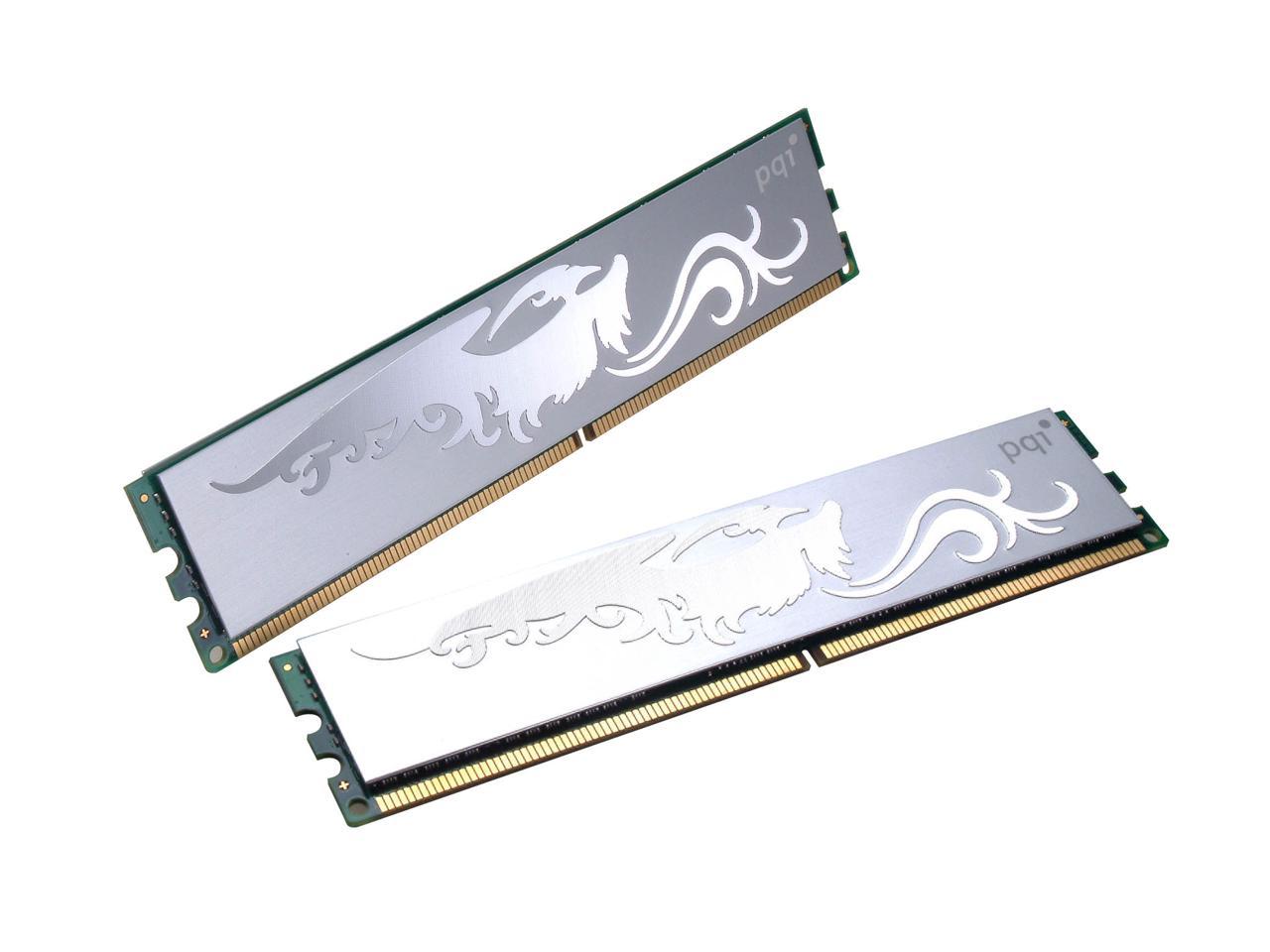 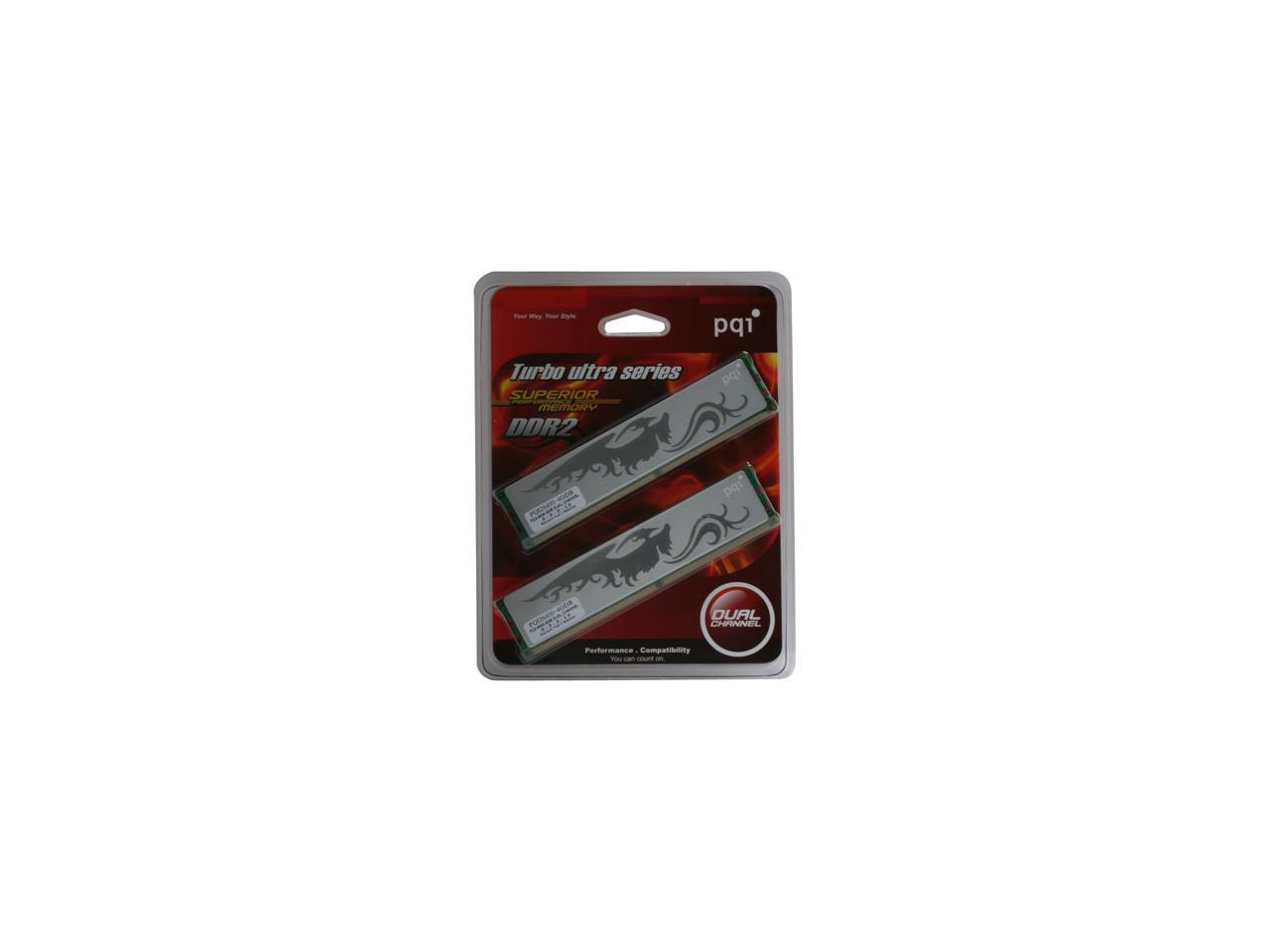 (64) Write a Review
OUT OF STOCK.
Specs
Reviews

Overall Review: seriously, tried both at stock and overclocked, could not do better than CAS 6. PQI = mediocre.

Pros: this memory is very good. not overclocked by any means, running in a Dell C521 with a 4200+ x2 AMD Athlon, this server is running as a server for a host OS of Windows Server 2k3 64bit, with 2 virtual machines that are ubuntu 8.10 server and 9.04 server. haven't done any error testing. but i haven't had a problem with the server since i have put it in.

Cons: the price. DDR2 memory has sky rocketed and costs almost as much as DDR and DDR3(Dual and Triple kits). that is ridiculous. i bought a 4 GB kit (2x2gb sticks) of g-skill same speed and times about a year ago and it cost half of what it does now. this is completely messed up.

Overall Review: at the moment (about a month or two ago) this ram was a great deal for the clock, timings, and the price. but compared to the G-Skill sticks i bought, this is outrageous.

Overall Review: i dont mod so i wouldnt know about issues that others are having

Cons: Well there are few - heatspreaders almost fell off, they barely were attached only on just a few memory chips, just push them in and they will stick with the rest of the memory chips, would prefere having clips on them to keep heatspreaders in place. BOTH STICKS HAVE WRONG MARKINGS - on the stickers they say PC2-5400 which is DDR2-533 with CL3, well it's wrong (see Pros). Really hard to take out of the box, took me longer than to install in PC.

Overall Review: I have them working with nForce 8200a - really nice that you can untie memory and CPU, like on Intel boards and set limit for the ram. I wanted to return this RAM because of the wrong markings (see cons) but decided to check it anyway - it's OK, by the way UPC on the back of the box says correct DDR2-800.

Overall Review: The heatsinks feel a bit warmer than I'd like.

Pros: Got this kit for a pc I built for my girlfriend. put these in a foxconn G41M micro atx board and they work perfectly.

Cons: none that I can see.

Overall Review: I don't need any overclocking ability for her PC, but I still like to buy products with decent specs, which this RAM has. been using them for 2 months now without issues.

Pros: No problems whatsoever. My Shuttle accepted the 4Gb memory with no problem and it works well

Pros: Cheap, tests very well, stable & fast with out the need for overclocking, aesthetically pleasing mirrored finish with tribal art looks great with a clear sidepanel, as it reflect leds in my case for a nice effect.

Overall Review: Excellent buy for the price. Bought this over the OCZ Gold and am very happy with my choice.