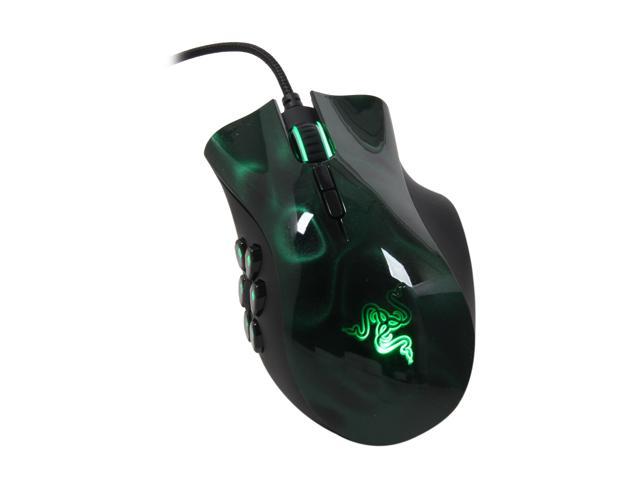 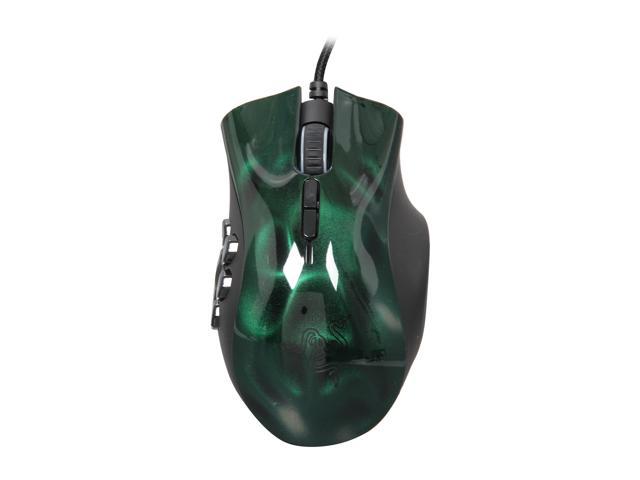 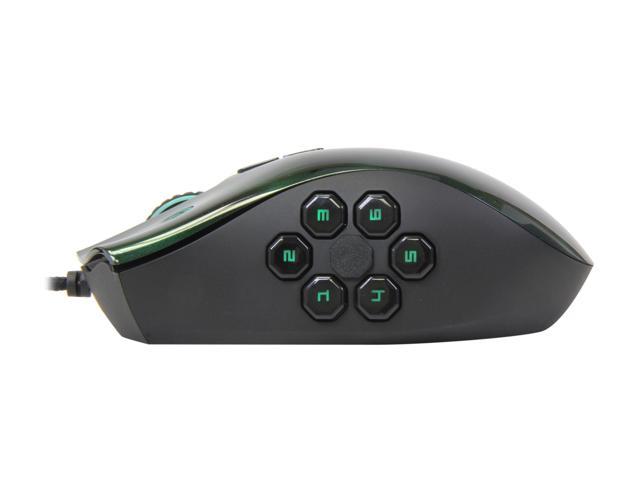 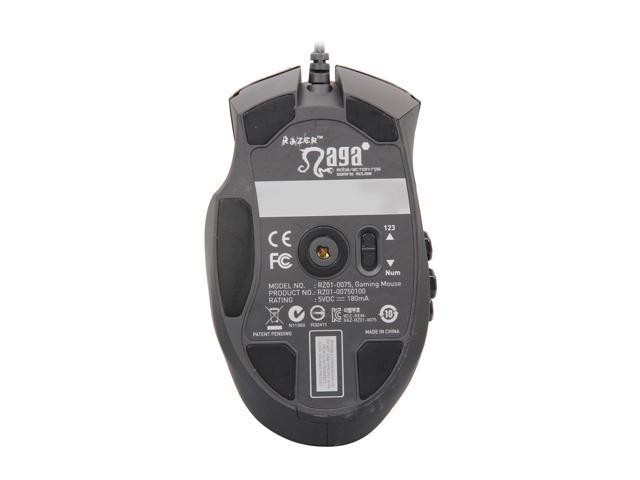 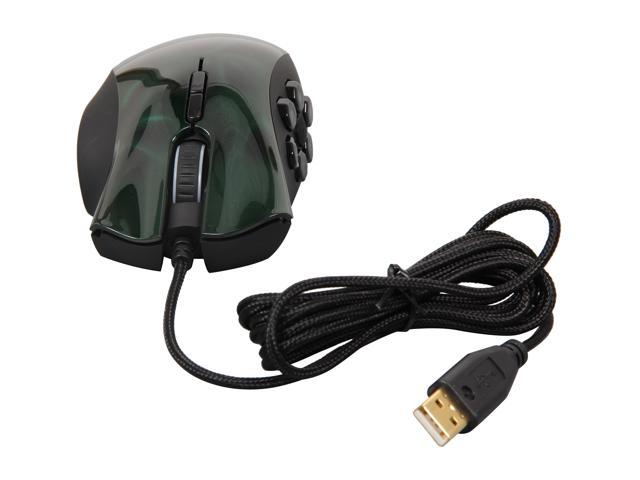 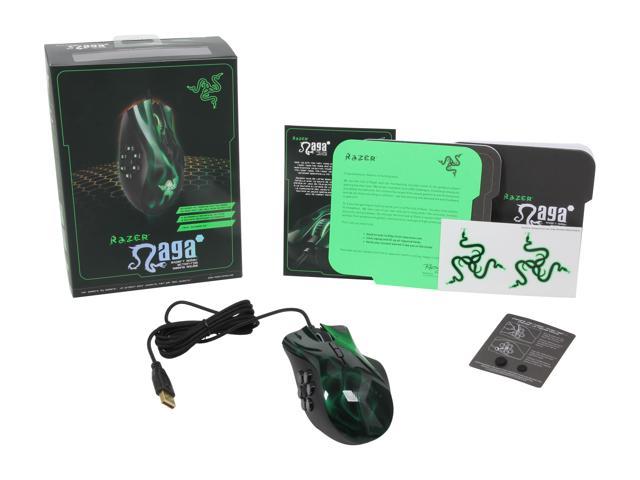 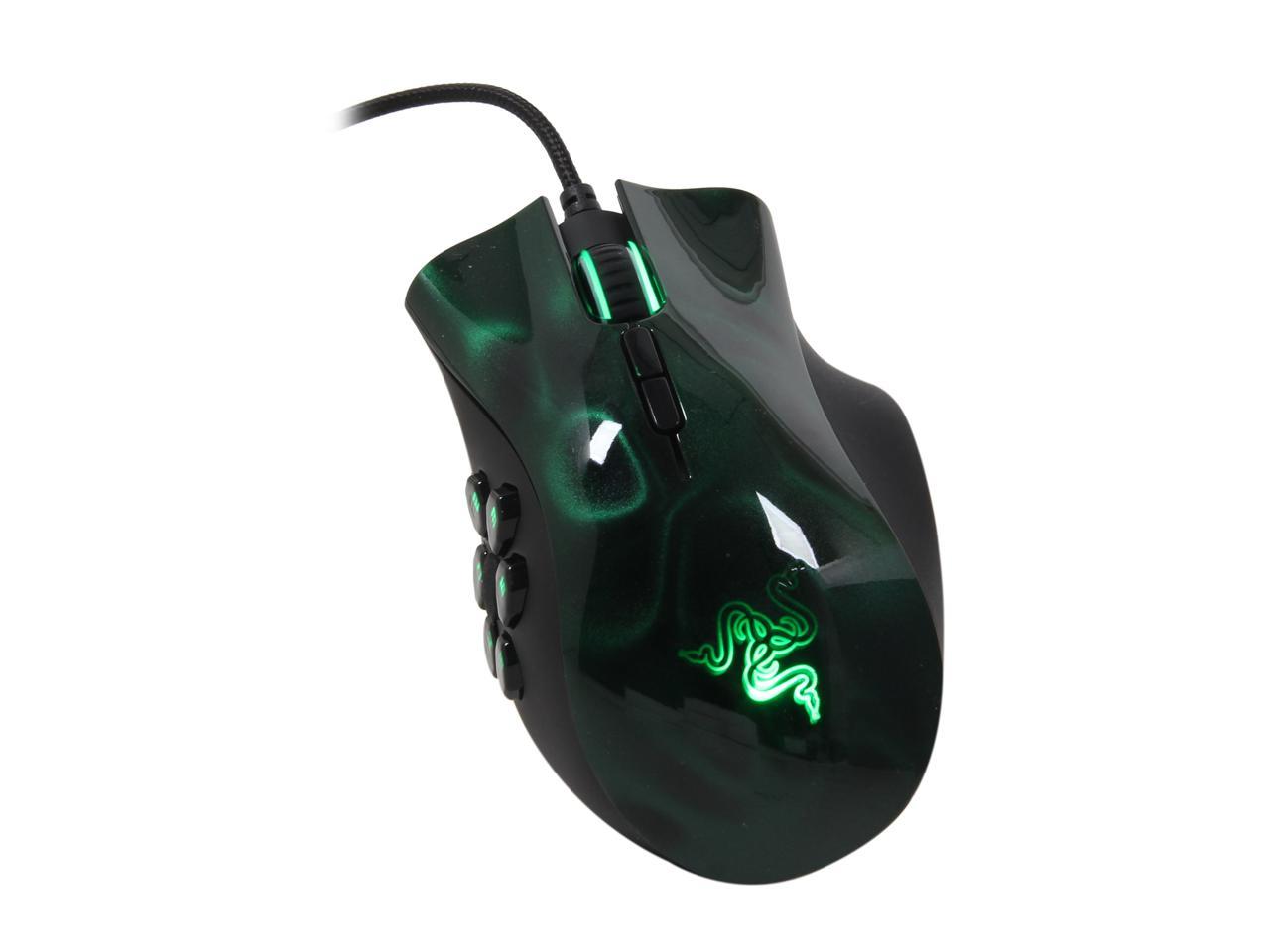 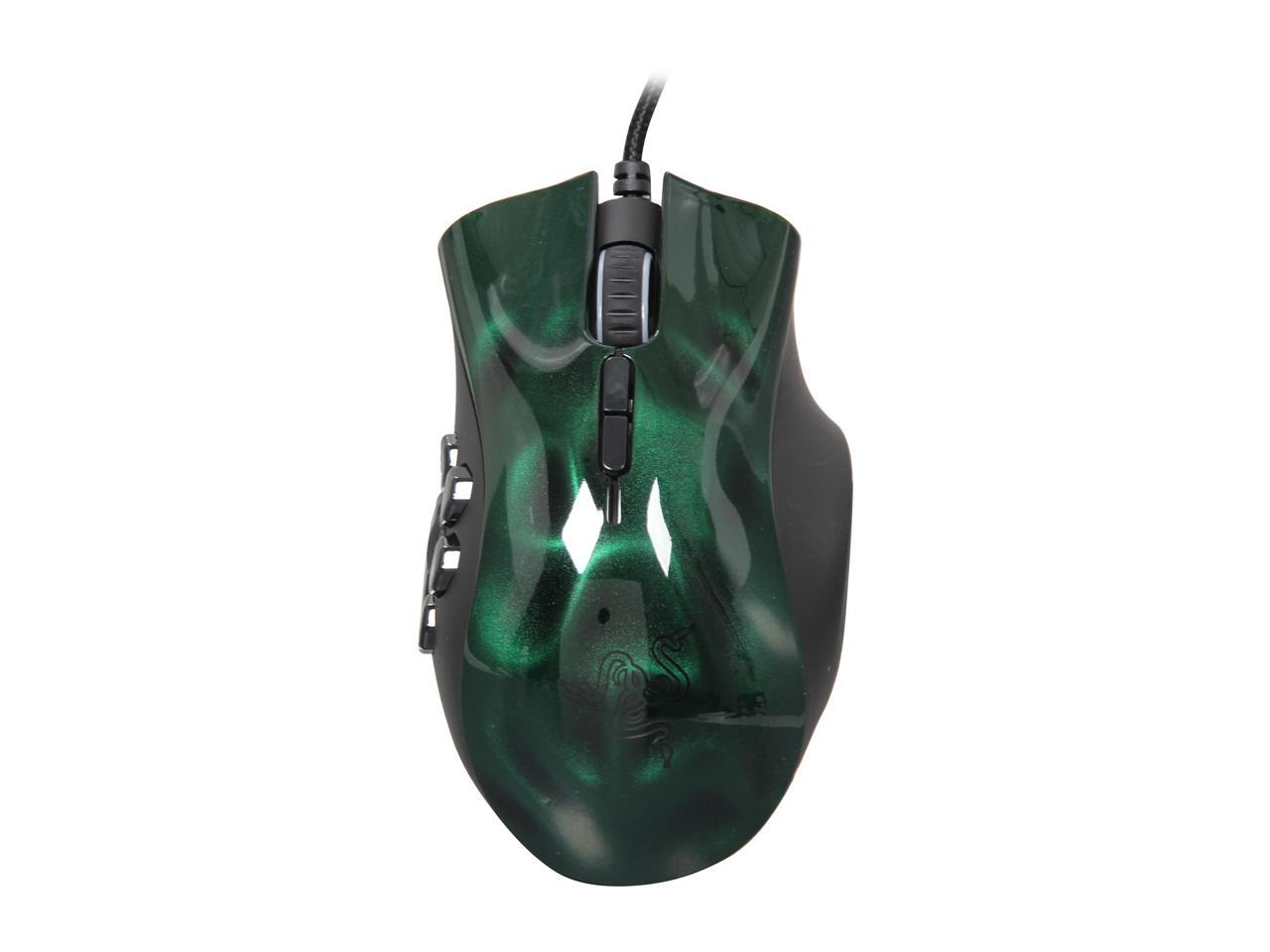 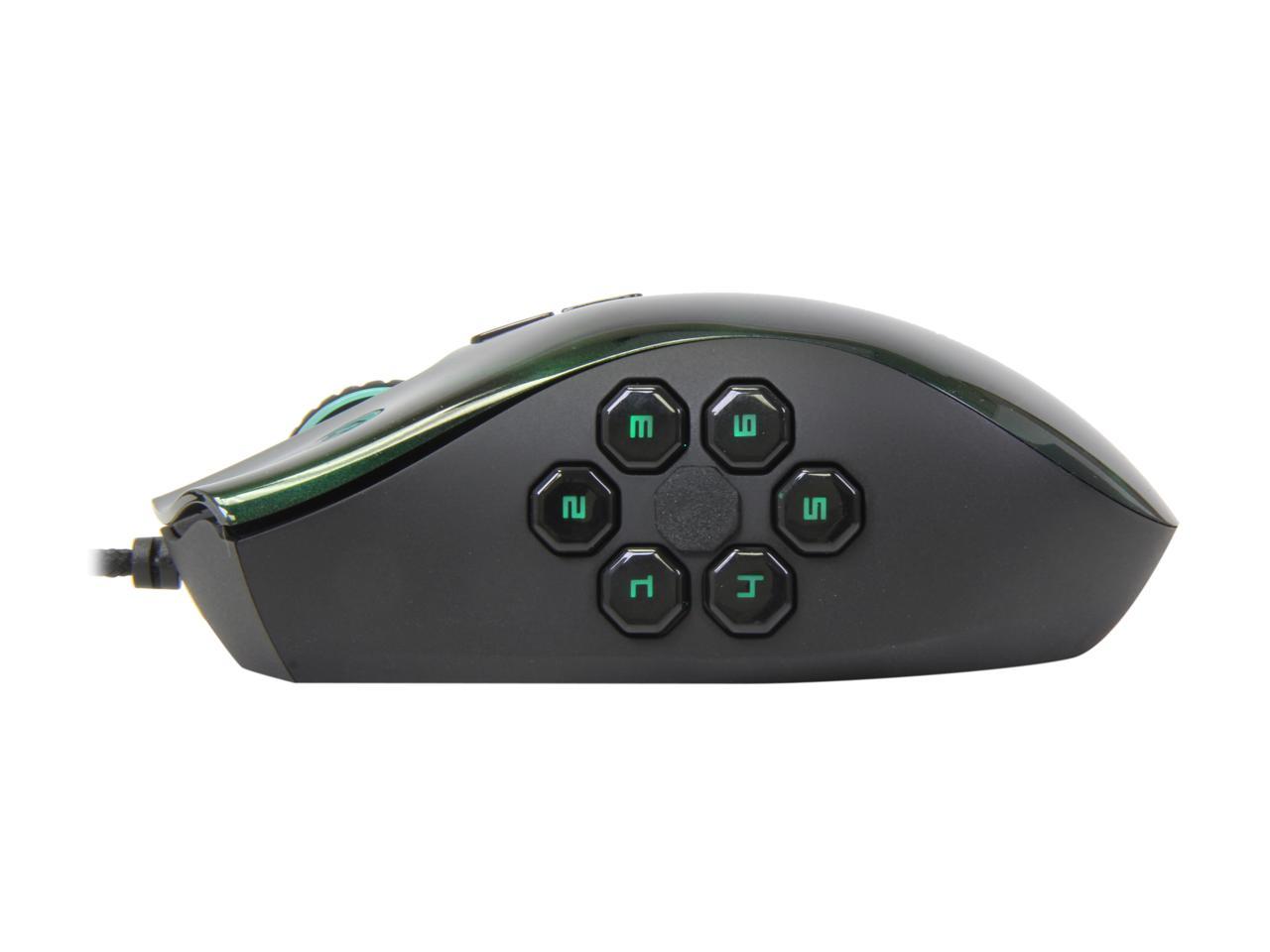 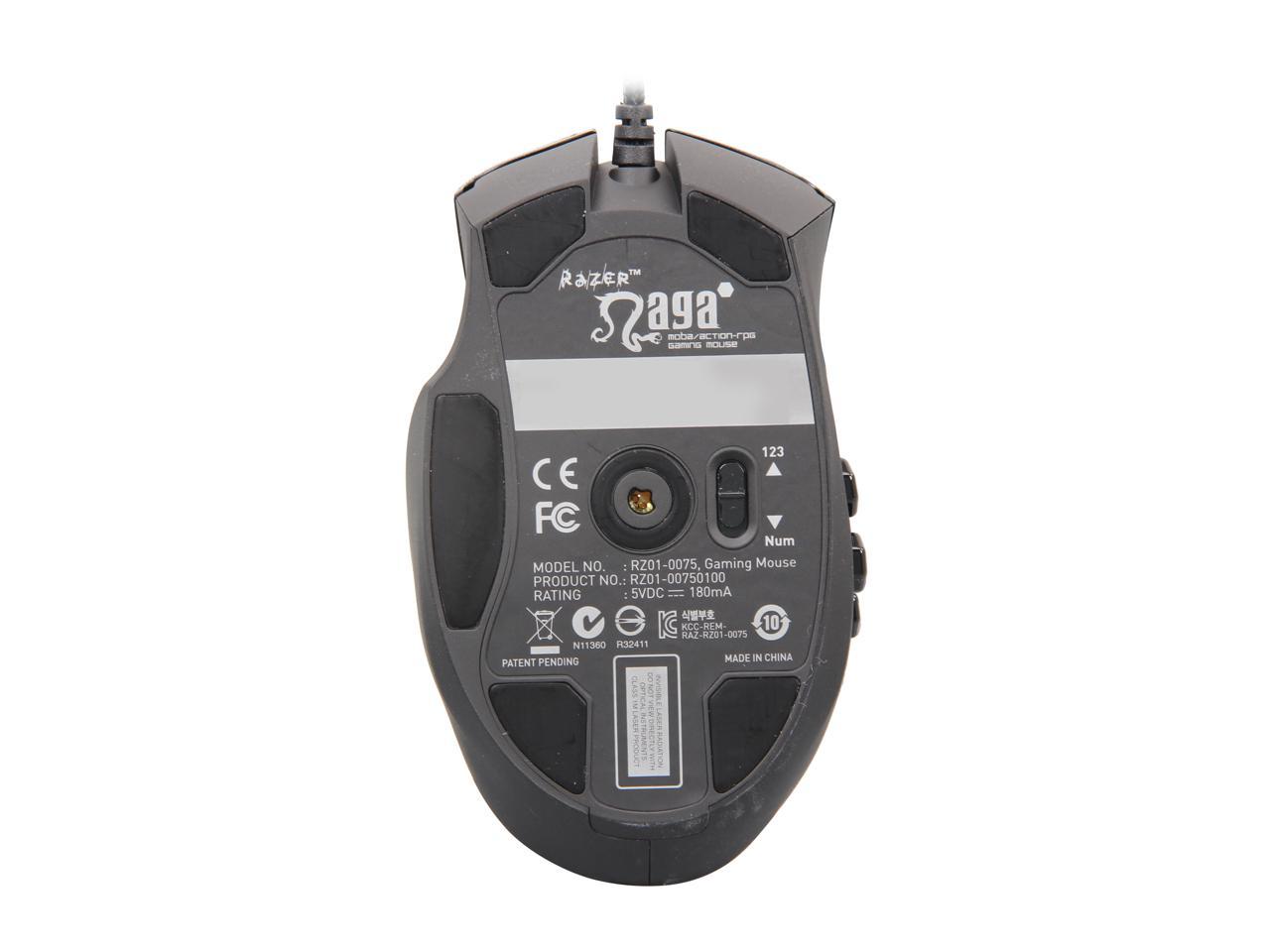 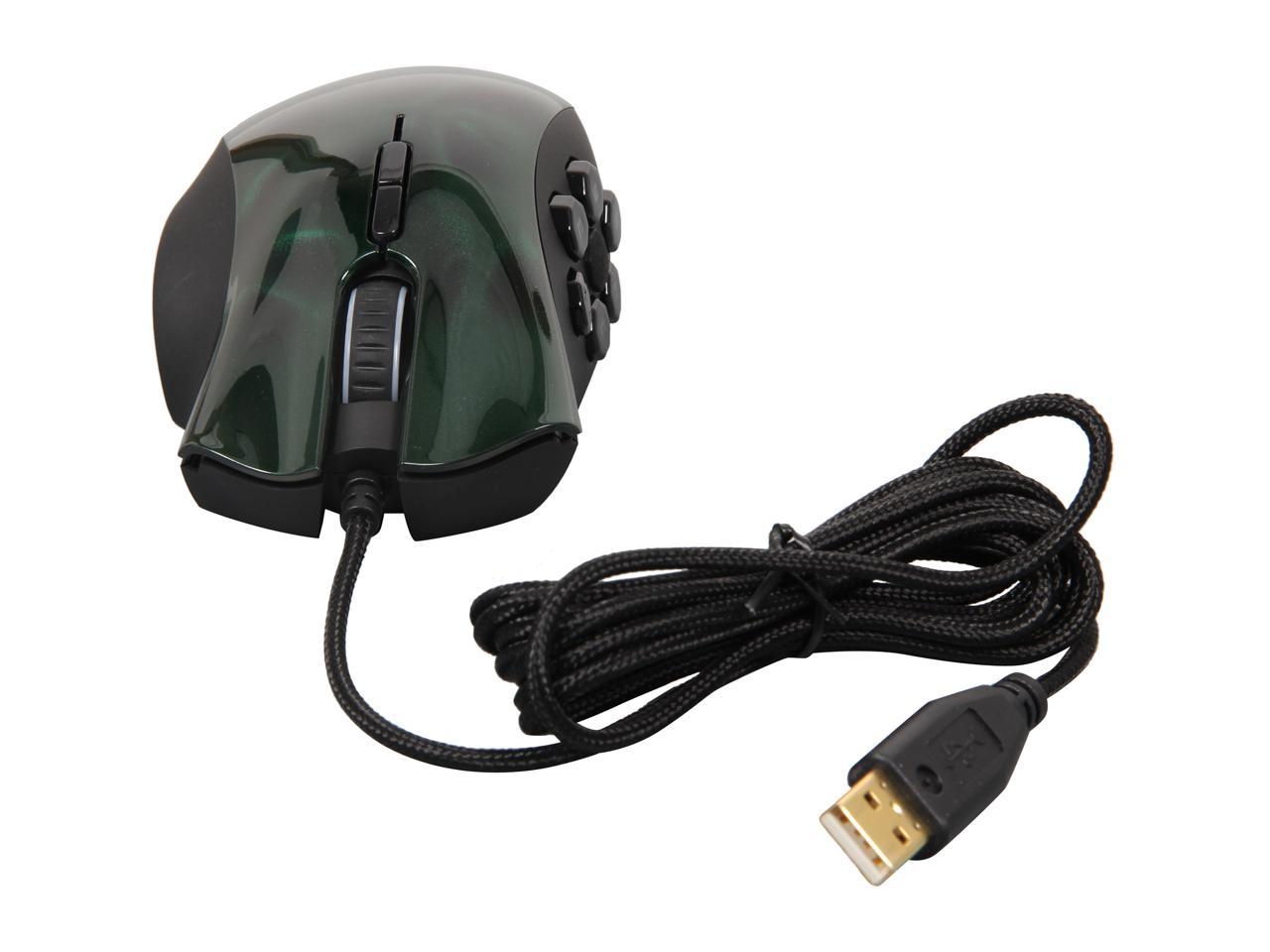 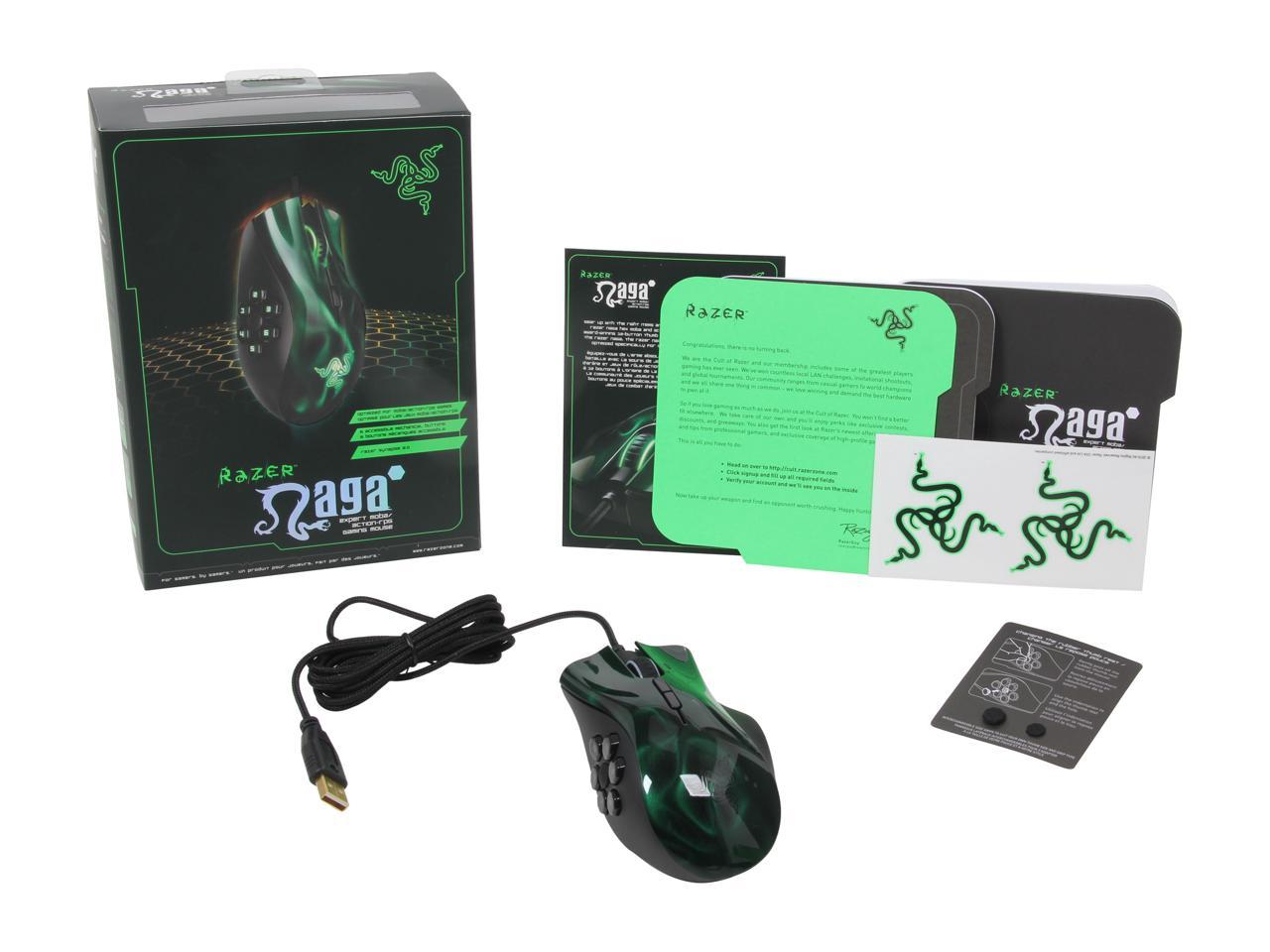 Learn more about the Naga Hex

Pros: I have had this mouse for almost exactly 1 year, and I couldn't be happier with it. Comfortable in my hand. good DPI range. high quality braided wire. nice LED's. I like that this mouse has a little heft to it and isn't light as a feather (this is personal preference so it could be a con to you) The 6 side keys are large enough that you dont hit the wrong one. key binds are easy to change (once you get used to the software). Has 5 slide pads on the underside to make it glide well over your mouse pad. Nice robust scroll wheel, I use pushing the wheel down as my vent push to talk key bind so it takes a lot of abuse and this mouse has held up with no sign of ware over the year I have had it Easy to clean most of the mouse. It looks good.

Cons: The price is high, but you get what you pay for. The software interface is a bit clunky, especially on start up. However it is fully functional. The side keys are a pain to clean, as crud builds up in the crack between the keys and the plastic body of the mouse.

Overall Review: My background is Engineering student that actively games. I play a few FPS's a few RTS's, MMO's, as well as engineering software such as autocadd, CF design and solid edge. The games i play right now are Rift, The secret world, blacklight retribution, planetside 2, Starcraft 2, heros of newerth

Pros: Extremely ergonomic feel, I didn't think I could enjoy another mouse after experience MX518! Seriously, feels great in hand and the 6 extra buttons are a good size and spacing. I feel very comfortable using them. Assigned all my D3 skills to them for some lazy one-handed play and it works great. I was also glad to have a mouse with a working scroll wheel after dealing with the lame one on the Logitechs I've used. The software works well and smoothly transitions button configs when you switch programs/games... however you have to login to a server to use it? Huh? Super high DPI is really nice and easy to change.

Cons: E-mailed manufacturer (Razer) over a week ago and still no response on the missing thumb pads. I guess it was my fault for not sticking with Logitech, so realize what kind of company you are buying from if you want this mouse. The mouse feels kind of small (I have medium sized hands) so unless you have a large hand I don't think this will be comfortable for you. I disliked having to create an account just to change local settings on my mouse via the Razer software.

Overall Review: Would have given a 4-star (maybe 5?) if I got the thumb pads. I'm not very hard to please if they would even e-mail me back I'd probably give a good score. High quality mouse, low quality company! Also the extra buttons under the scroll wheel are hard to hit and useless (at least for my hand). Possible good for casual internet browsing but I haven't bothered.

Pros: The 6 side buttons are pretty useful for MOBAs. Exchangeable thumb rest is also a plus. Braided cable Cool green lights on the side buttons and scroll wheel, as well as a pulsating Razer symbol Synapse 2.0 support 5600 dpi

Cons: I didn't notice it at first, but the 3 and 4 side buttons were double clicking every so often, which can get very annoying. After e-mailing Razer about it, turns out that I just needed to update the firmware. However, it didn't update on my computer (Windows 8) and I had to use my laptop (Windows 7) in order to update the firmware. Also, the pulsating Razer symbol could be a bit brighter.

Overall Review: Overall a pretty good mouse. Razer Synapse 2.0 allows you to use your mouse settings on any computer, which is useful. The buttons are all fully programmable as well, allowing you to set them to whatever you want.

Pros: Mouse fits hand perfectly, smooth, and comfortable to use. Extra buttons on the side a nice and easy to use.

Cons: Stopped working completely after Synapse 2.0 update. This seems to be a known problem, but no support for this is available on Razor Website.

Overall Review: Would not recommend Razor products because their Customer Support / Technical Support is below average.

Pros: First off this mouse looks great. So smooth and glossy. Feels a lot like my other Naga mouse. Button response is good, and feels right. I like the 2 relocated top buttons that were on the upper left of the old naga left click. They are much easier to access behind the mouse wheel.

Cons: Razer auto firmware update hasn't been working correctly for this mouse. If your mouse fails the update, don't fight with it, just contact Razer. They'll get you fixed up. Other then that, I wish they made a blue version.

Overall Review: I had an issue with the firmware update for this mouse. It failed and I tried to fix it, ended up with what I thought was a bricked mouse. My pc wouldn't recognize the mosue at all. After some chatting with Razer support, I had it back up and running fine.

Pros: Very responsive, the thumbpads promise to be a bit more durable than it's Naga 12button counterpart. This is a great mouse to keep in mind for not only MOBAs but also Diablo 3, it by far the best I've used in the Diablo 3 beta thus far.

Cons: Lots of people like the M4-M5 button placement. I, however, do not. Thumb buttons could stand to have a bit more resistance to them. I already disassembled mine to see if I would run across the same 'double click' issue alot of naga users have when the M1 and M2 contacts within the carriage get dirty. It is the same as the Naga and that might become an issue but is easily fixed at home.

Overall Review: All in all a good piece of hardware but it IS a specialty item. The original Naga is better for MMOs and you won't find much use for it's extra functions outside of MOBAs and clicker RPGS like diablo or torchlight.

Cons: Learning curve can be steep if this is your first gaming PC mouse/experience (like myself) on using the side 1-6 buttons

Overall Review: This mouse is very good, it feels very natural with adult-sized hands. The naga hex is very useful for FPS games and even other genres of games. This is my first gaming mouse I got along with my first gaming PC I built, and it took a while to get the side mouse buttons when trying to play games, and I felt like whenever I put pressure on a side button I would slide the mouse and my aim would be getting messed up, but now after gaming with this for about 4 months, it feels like a glove when I play. I highly recommend this mouse if you plan on getting a gaming mouse, thumbs up from a new PC gamer!

Pros: 11 buttons, fully programmable. Stores Macros on the mouse itself instead of using the driver to look up macros. Macro recording is solid. People complaining about the mouse's profile switching is on the bottom of the mouse: Incorrect. You can set mouse buttons to perform mouse actions, key strokes, recorded macros, launch programs, change sensitivity, and even change mouse profiles.

Cons: It's just alittle small for my hand. Takes a few days to get used to the grip. The two buttons behind the mouse wheel really aren't reachable during play for me, unless you go for the claw stance, and even then, they're a bit of a stretch. Not worth dropping an egg for any of that though, the Mouse is brilliant, and even if you can't reach those two buttons, there are six right next to your thumb. Software is buggy. After running for a while it becomes unresponsive and requires a reboot on my box to get it to respond again. Then again, no one was rushing to give razer an award for their software.

Overall Review: Took a bit of time to adjust my grip, but it's very comfortable once you get it down, and my hands are relatively large. Others are saying that the thumb buttons are too sensitive. They are, but the middle pad can be swapped for a larger one.