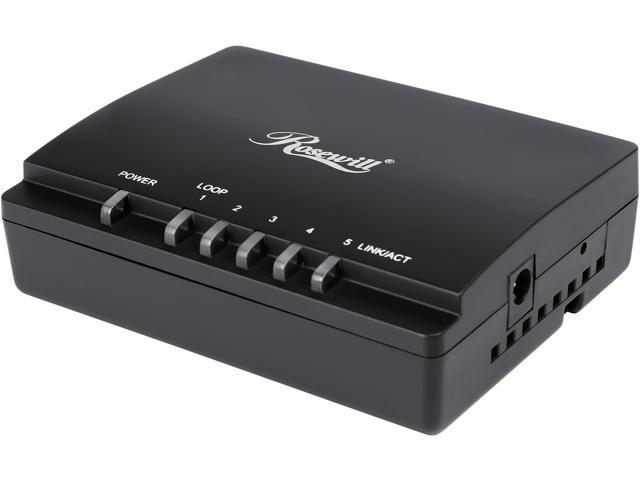 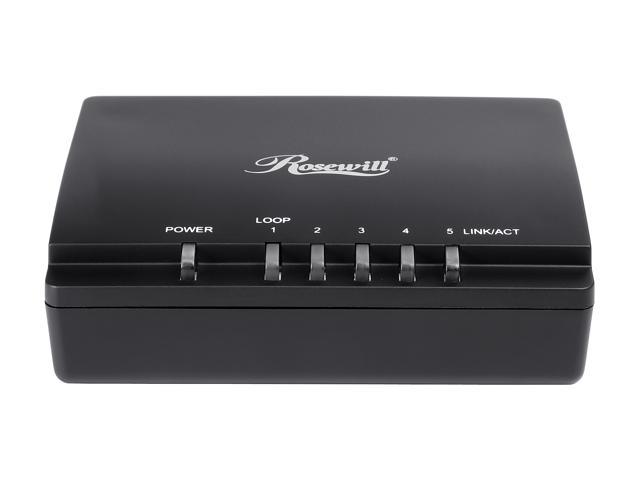 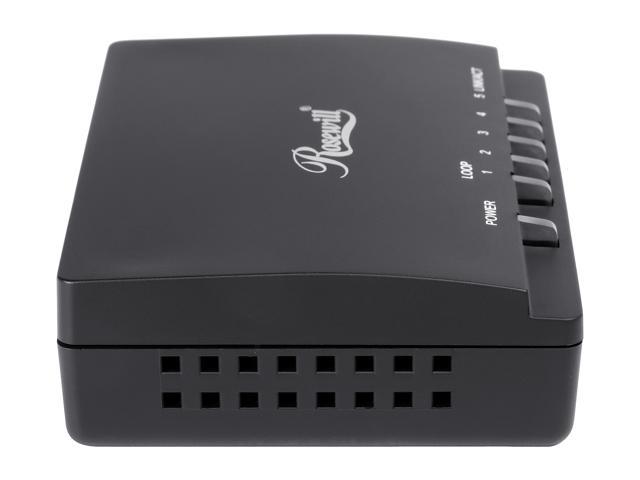 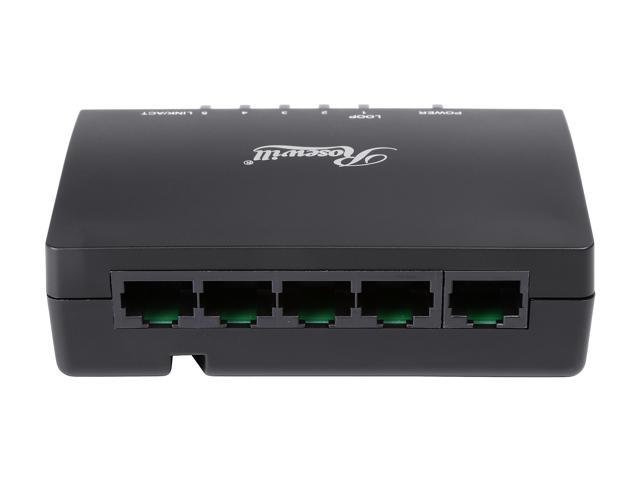 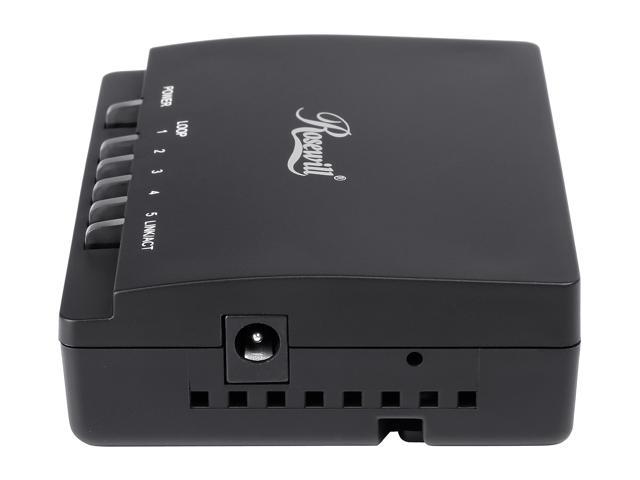 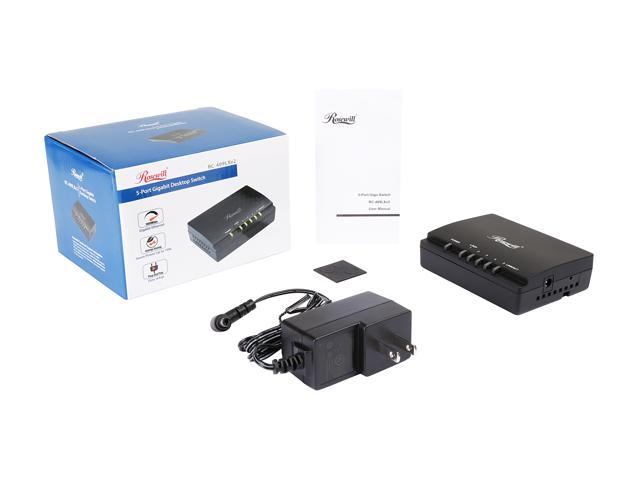 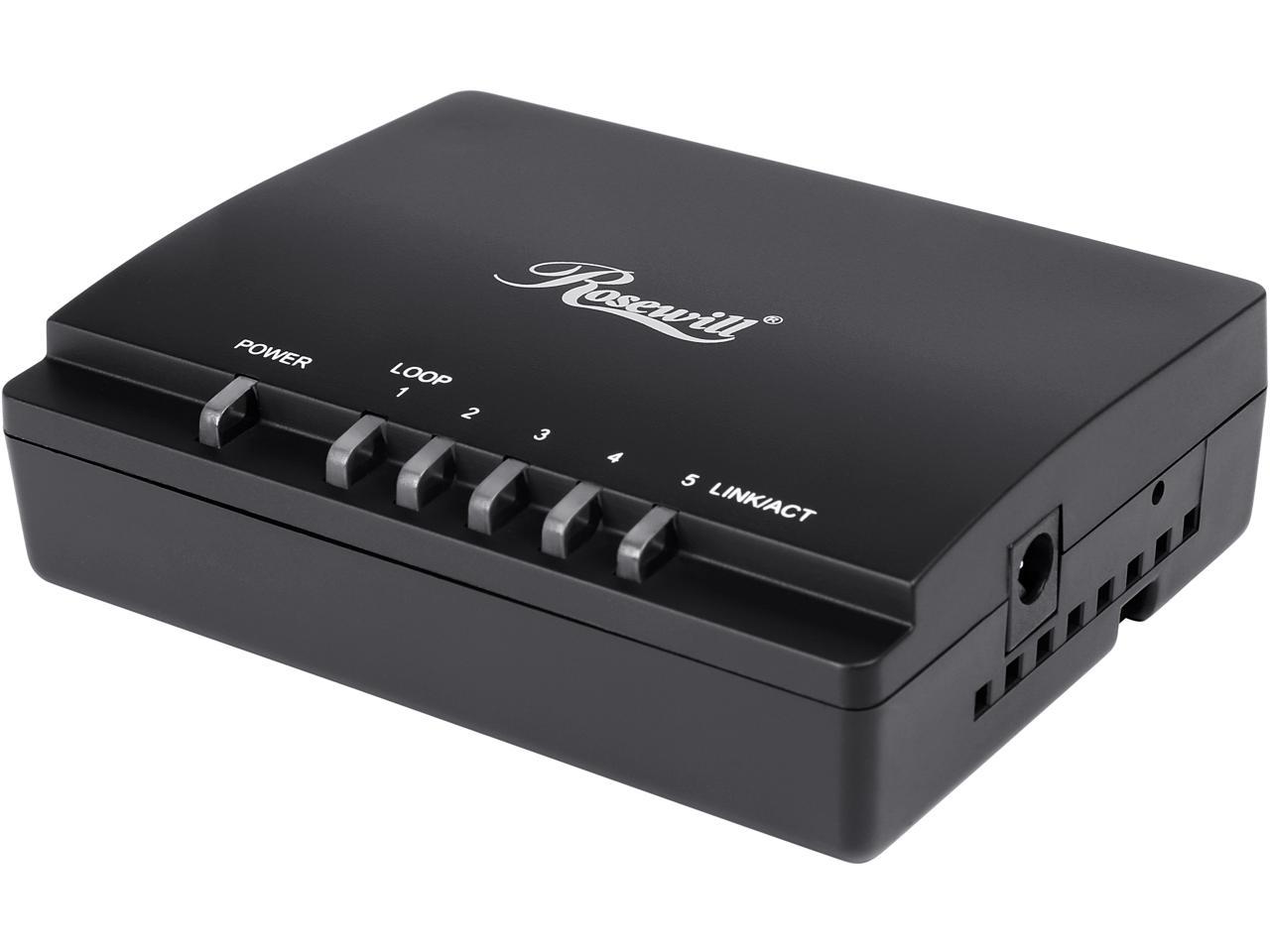 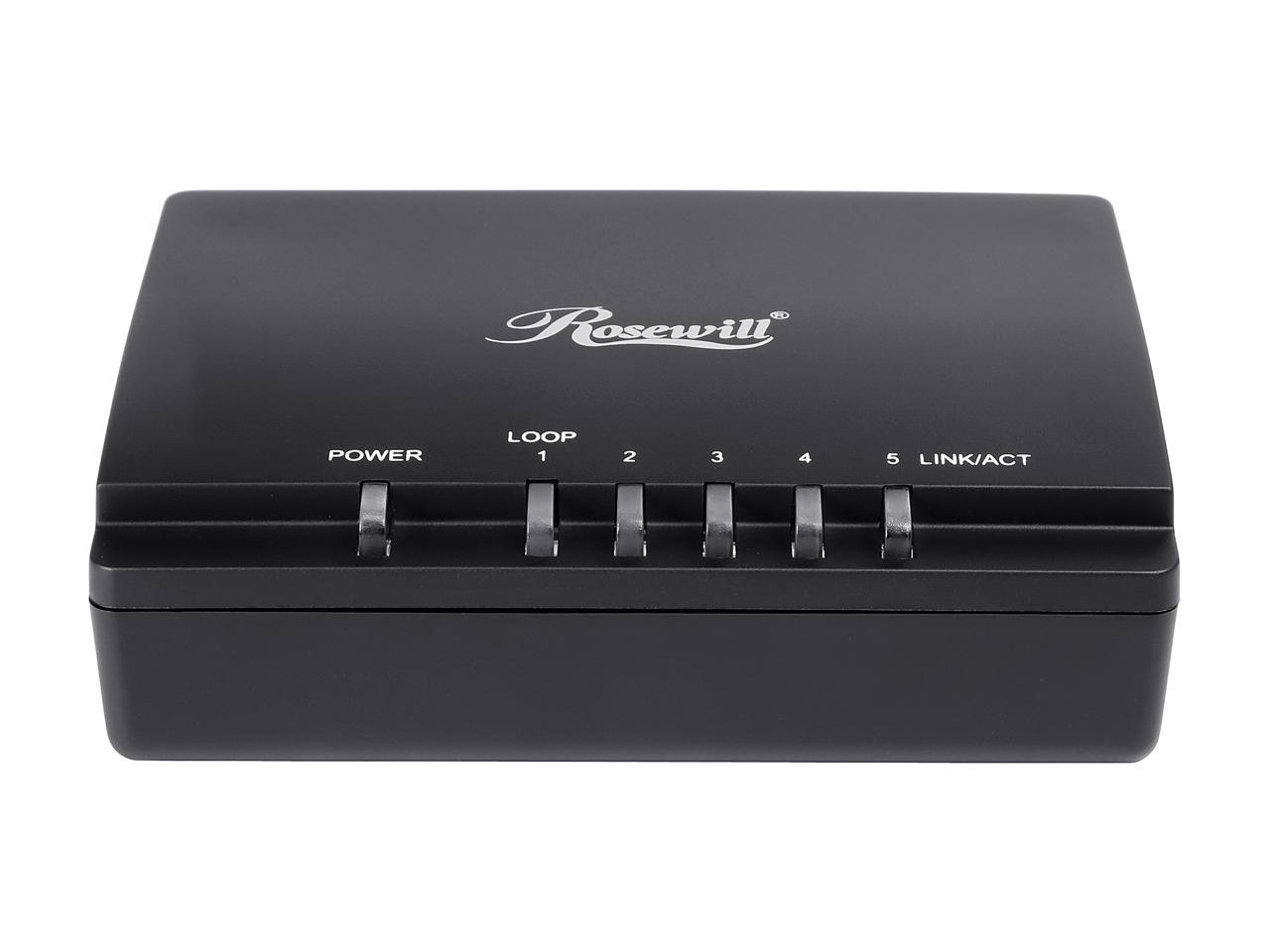 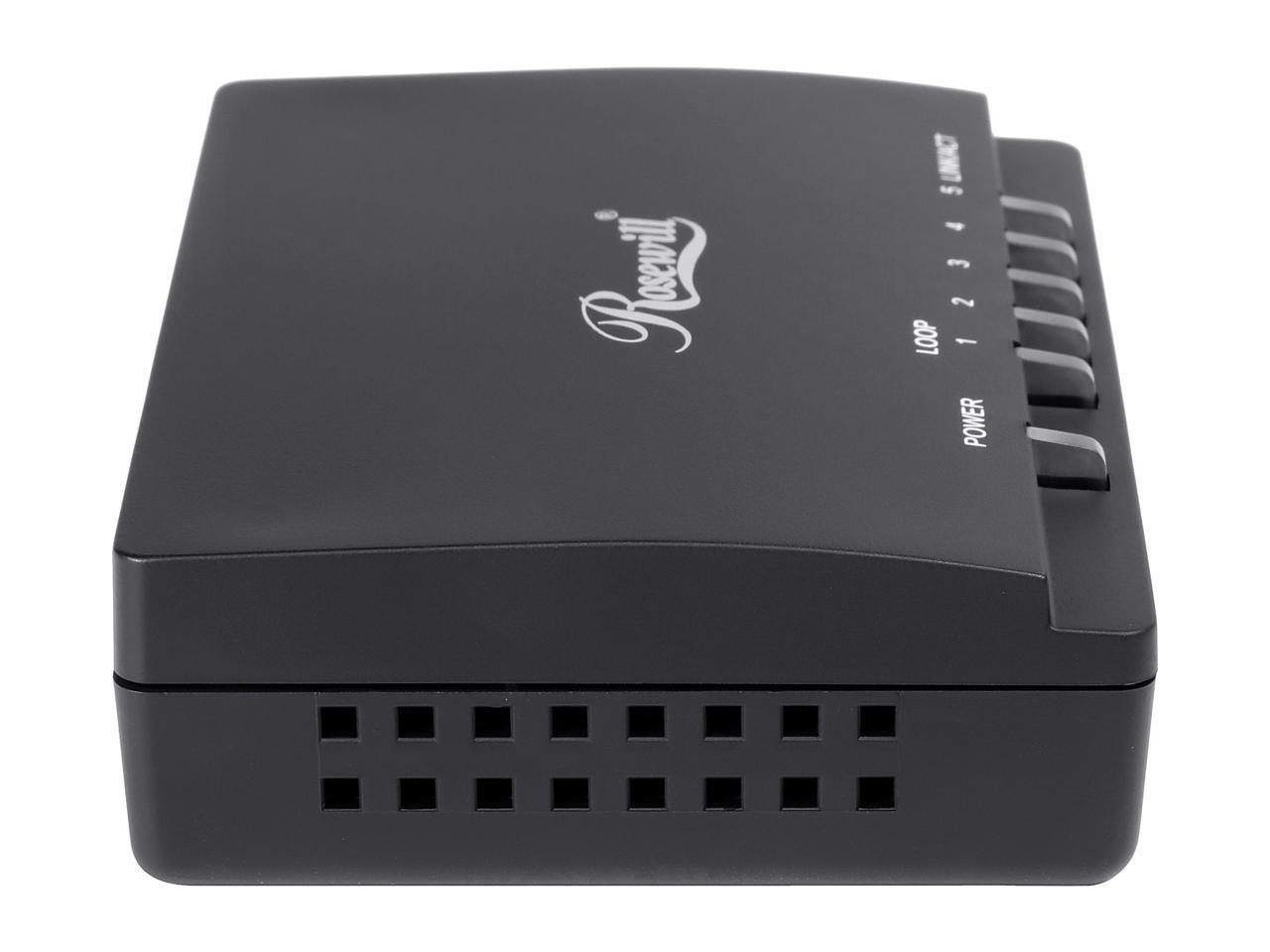 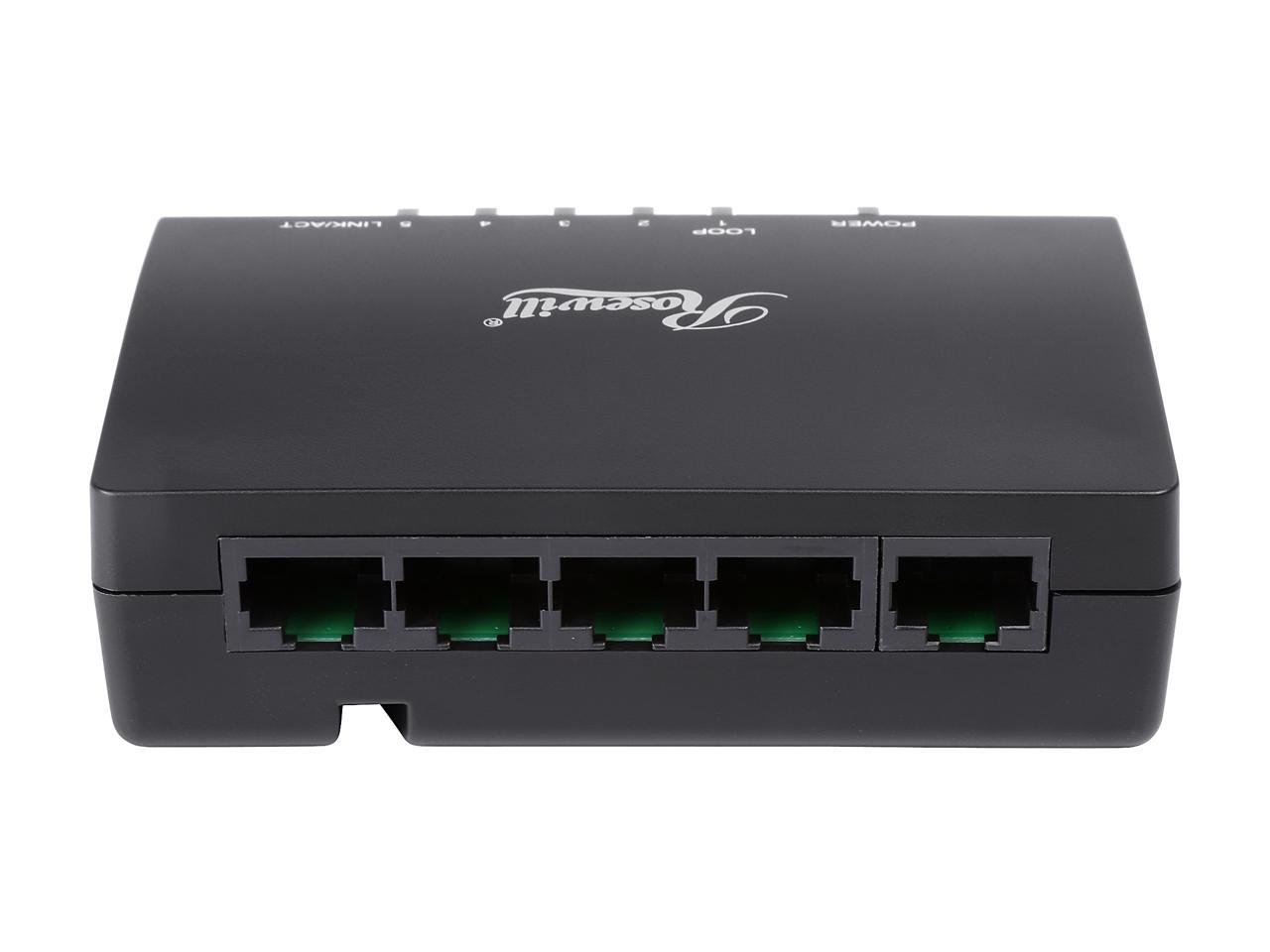 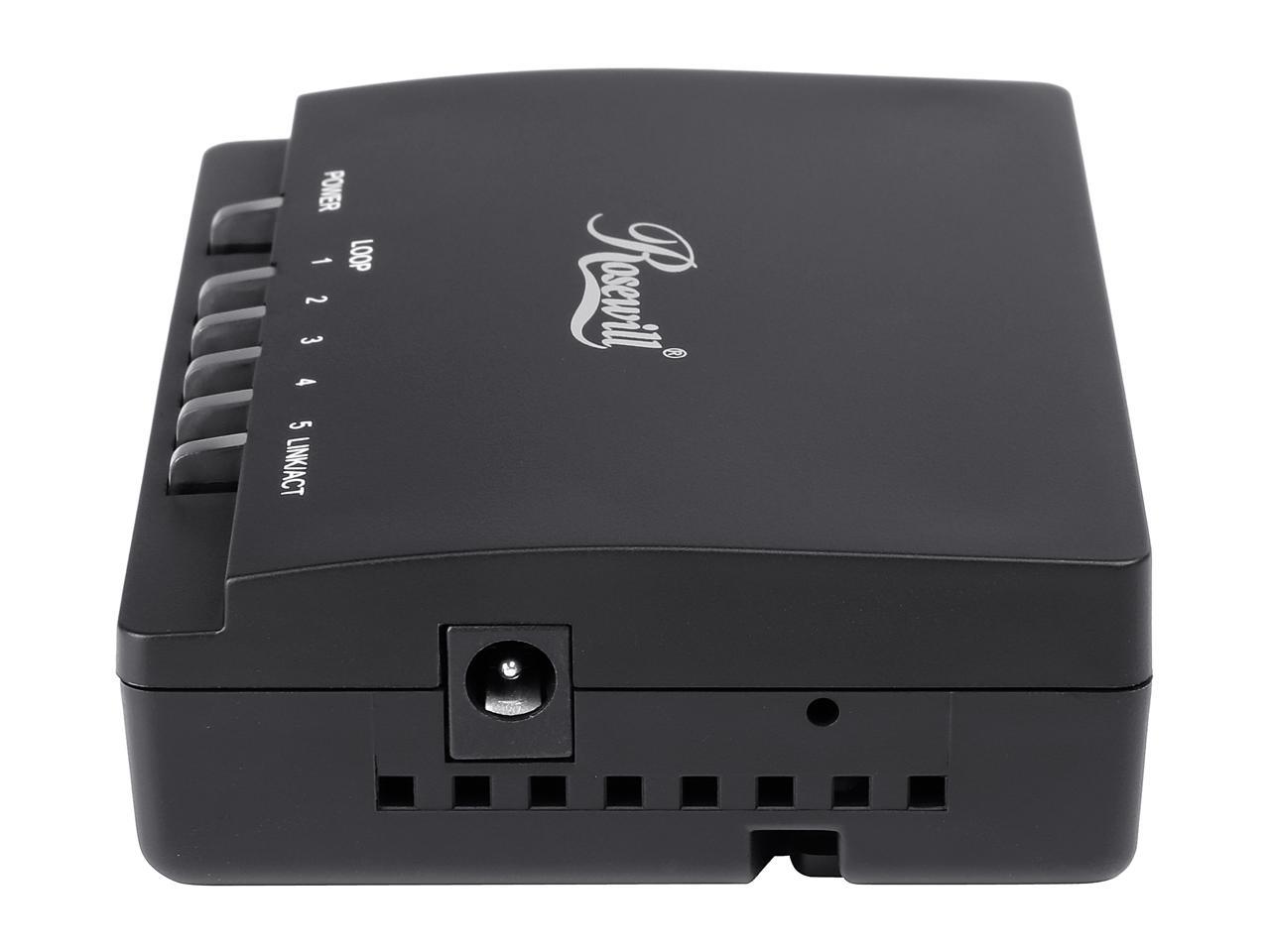 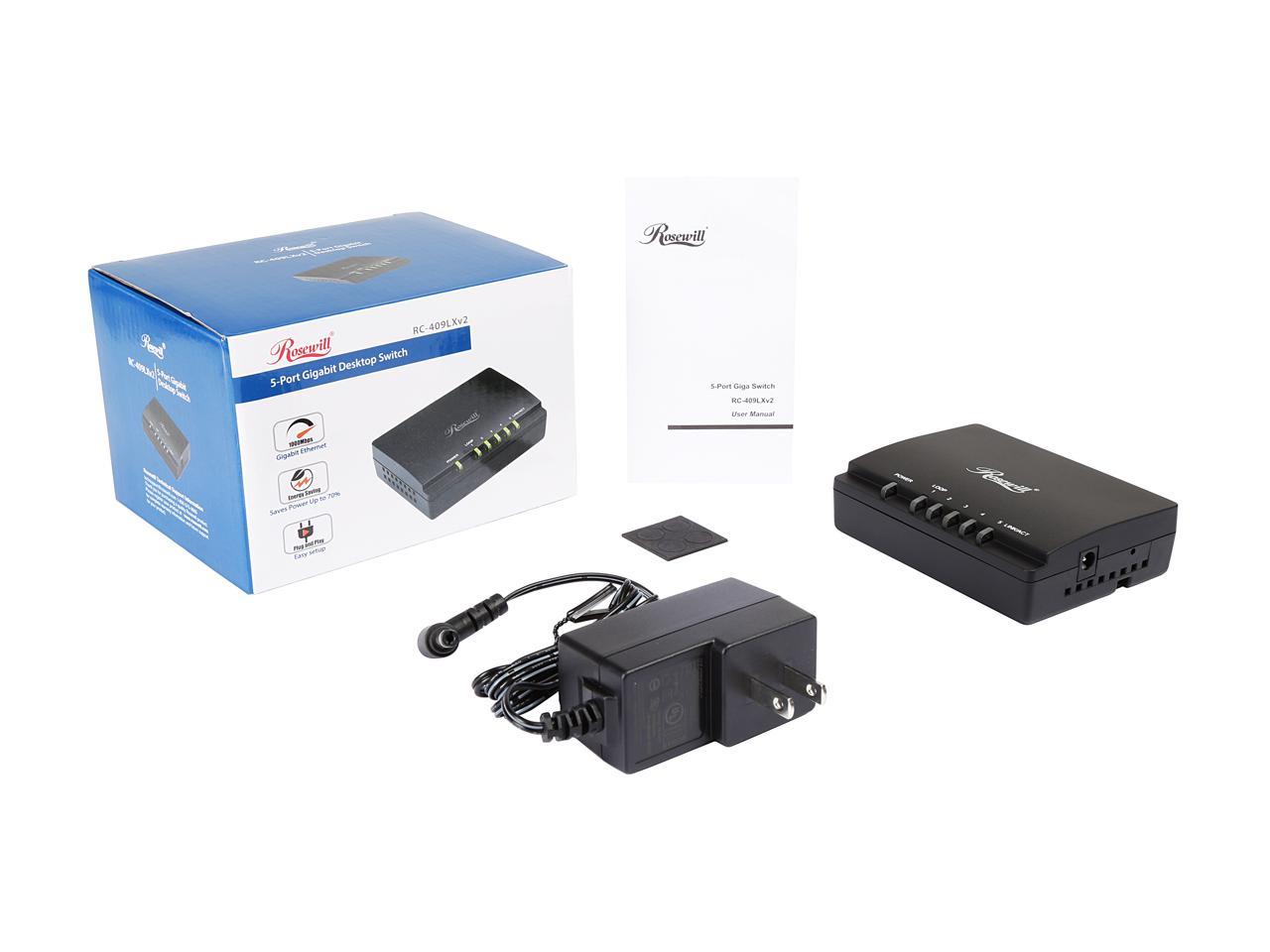 Five Auto-Negotiation Ethernet ports of the internet switch make installation hassle-free and no configuring is required. Auto MDI/ MDIX eliminates the need for crossover cables. Full/half-duplex Auto-negotiation on each port senses the link speed of a network device (either 10, 100, or 1000Mbps) and intelligently adjusts for compatibility and optimal performance. 5 port unmanaged gigabit switch supports the IEEE 802.3az Energy-Efficient Ethernet standard, which offers power saving features without compromising performance and reduces power consumption by up to 70%. The 5 port unmanaged switch can automatically power down ports without a link, budget power output based on cable lengths and can also reduce the power consumption in idle or low-traffic modes.

A fanless design allows for quieter operation and provides a longer product life for this rj45 network switch. Also the fan-Less quiet & compact design ensures quiet operation for a network switch for home or small business and keeps valuable desk space free in home or small office environments as well.

Just plug Ethernet cables into the switch. Data and power can be transmitted through existing standard Cat-3 / Cat-4 / Cat-5 / Cat-5e / Cat-6 Ethernet cables with no additional cables or configuration required. This 5 port Ethernet network switch aims to reduce the difficulty, time and cost of network setup for you.

Learn more about the Rosewill RC-409LXv2

Overall Review: Rosewill makes a number of great products. This isn't one of them. I ordered two of these to use in my home network setup and one as a spare. As of today the two that have seen any use both are functionally dead. After running for long enough or under enough load, the switch will periodically just drop packets, either to a specific connection or to/from anywhere, and this will become more frequent as time goes on. You can temporarily fix the problem by power cycling the switch, but that will only last for so long, and eventually power cycling the switch will only lessen the problem. That is what happened to both of these switches that I used. I had hoped that the first was simply an outlier, but with the second breaking in the exact same way I don't think it is. I do not recommend this product.

4 out of 4 people found this review helpful. Did you?
Manufacturer Response:
Dear Tim, I am so sorry for the inconvenience. Please contact us with an electronic copy of order invoice and we can further assist you with a replacement of the RC-409LXv2. We do care about your feedback and will continue improving our products in future. Phone: 1- 800-575-9885 Email: rma@rosewill.com Email2: techsupport@rosewill.com Thanks, Rosewill Customer Care
Anonymous
Verified Owner
great cheap switch3/4/2017 1:10:20 AM

Pros: Bought it when on sale- 14.99, material feels durable, did some internet speed tests with no slow down whatsoever. I have average 170mbps download and 15 mbps upload without the switch, after adding switch, same average speed. Very satisfied with such price.

Overall Review: I think this product is well comparable with other bigger brands out there with way more expensive prices.

Pros: This switch is small, lightweight, easy to set up (plug in and go!) and easy on the budget (got mine for $10). Runs cool and hasn't let me down. Shipping was fast (standard free shipping) and item arrived well packaged and in excellent condition.

Cons: Wish the power cord on the adapter was about 3 feet longer. Have soldering iron, will extend power lead.

Overall Review: This switch is for the living room where we have only one wired port for the TV/entertainment center. We have a solid wireless router (TP-Link Archer C7) but during high traffic times of the day going wired gives us fewer buffering issues.

Cons: Would have like the AC plug on the back vs. the side, but no big deal

Pros: Self managed Plug and play Color coded light for the status of the network ( Green good, Red bad , Blank not connected)

Cons: Gets a bit hot but it's behind my computer desk so I don't really care.

Overall Review: Honestly this product is amazing for the price, Rosewill got this one right.

Overall Review: I've only had the switch for a month, but it works well. Only have two computers plus a printer hooked up, and am not a gamer, but it works with att uverse as the isp. No issues so far, and have not had to reset anything.

Overall Review: Exactly what I wanted and needed. Thank you :)

Overall Review: I needed a cheap switch to expand my home network, and this was the least expensive Gigabit switch I could find anywhere. It took 2 days to get to my door (very quick), and from the time it arrived to the time my computers were on the network and online was about five minutes. I've waited a couple days to see if there was any sign of glitches, but so far everything is great. Network transfer speed and internet speed is as fast as any other switches I have. The case is made of plastic, but seems plenty tough enough. There is no fan, but the case doesn't get warm to the touch. I'm surprised there was no Ethernet cable included, but had some laying around anyways. Just mentioning it in case someone is reading this review purchases one and doesn't have a spare cable. I would purchase this switch again, and have no problem recommending it.