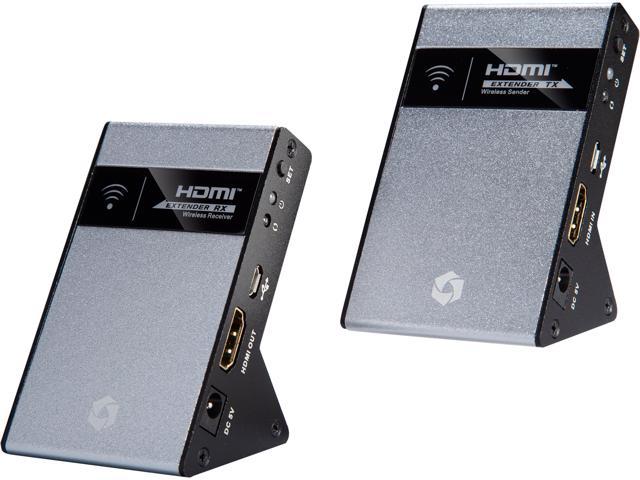 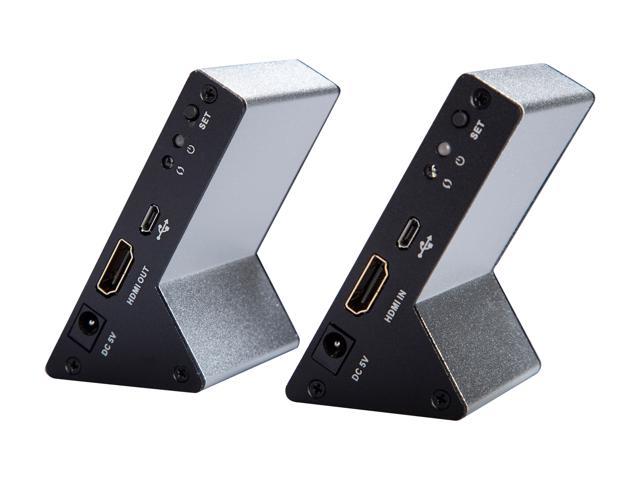 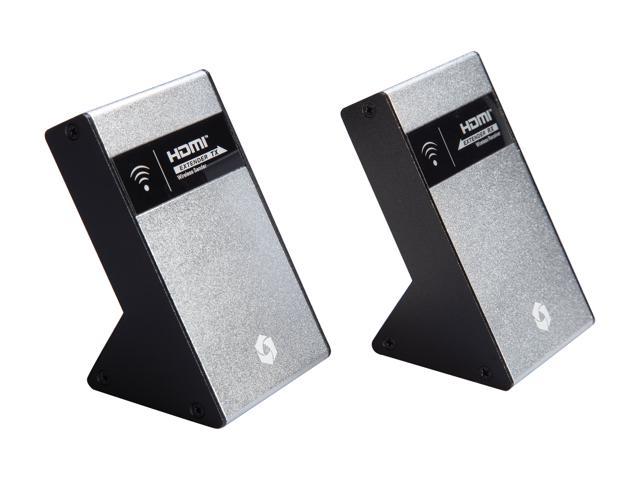 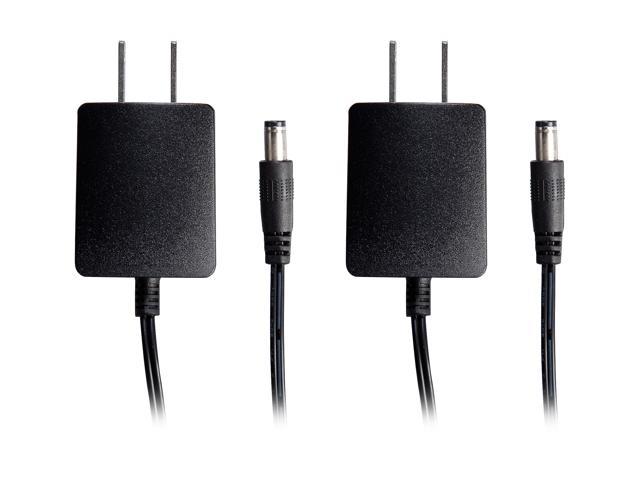 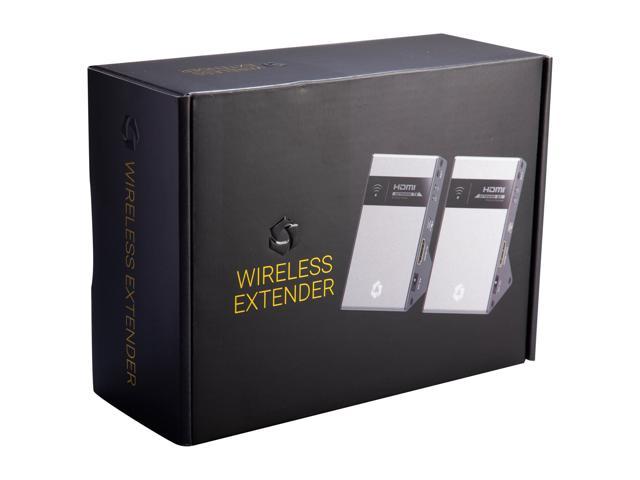 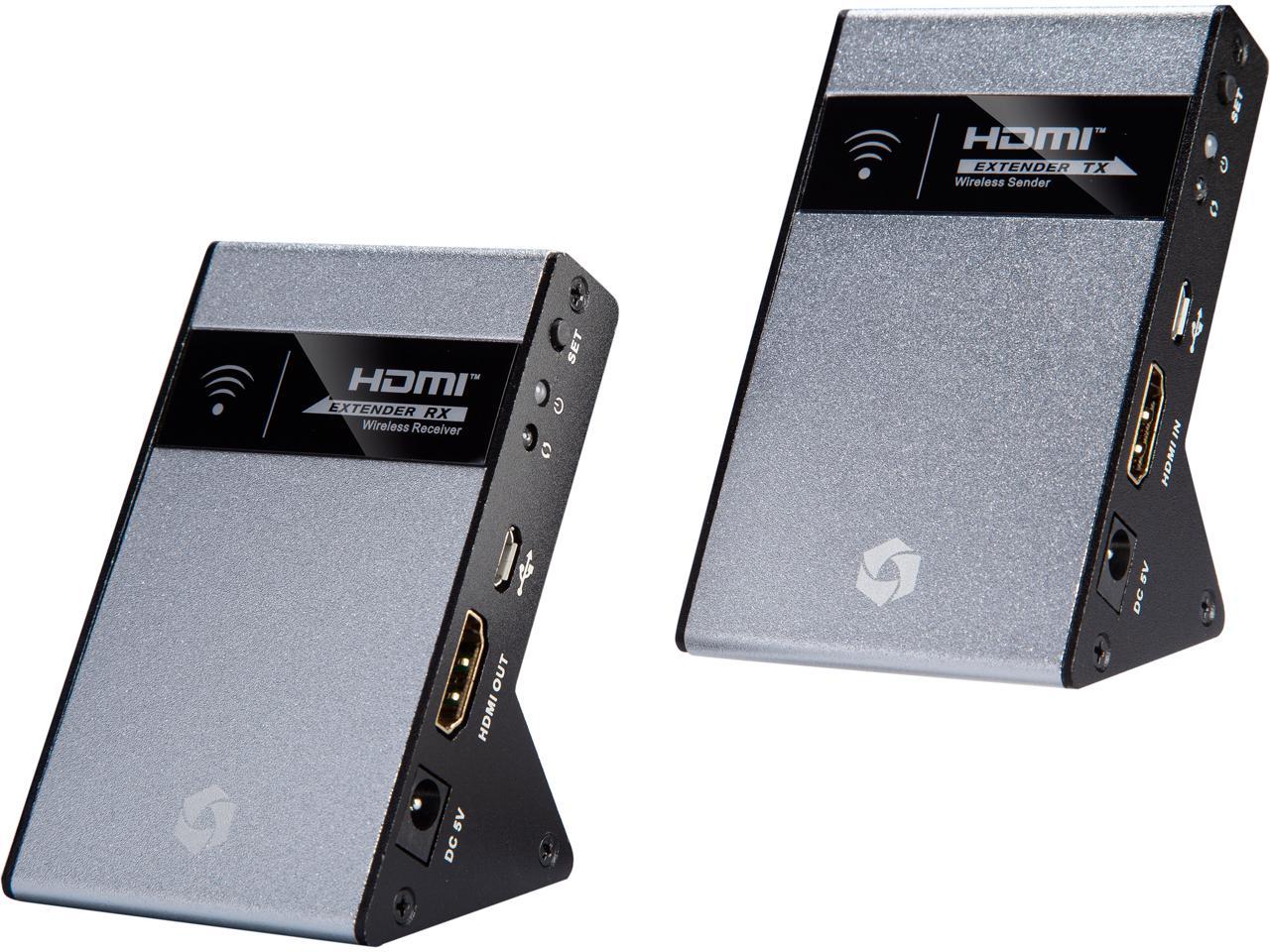 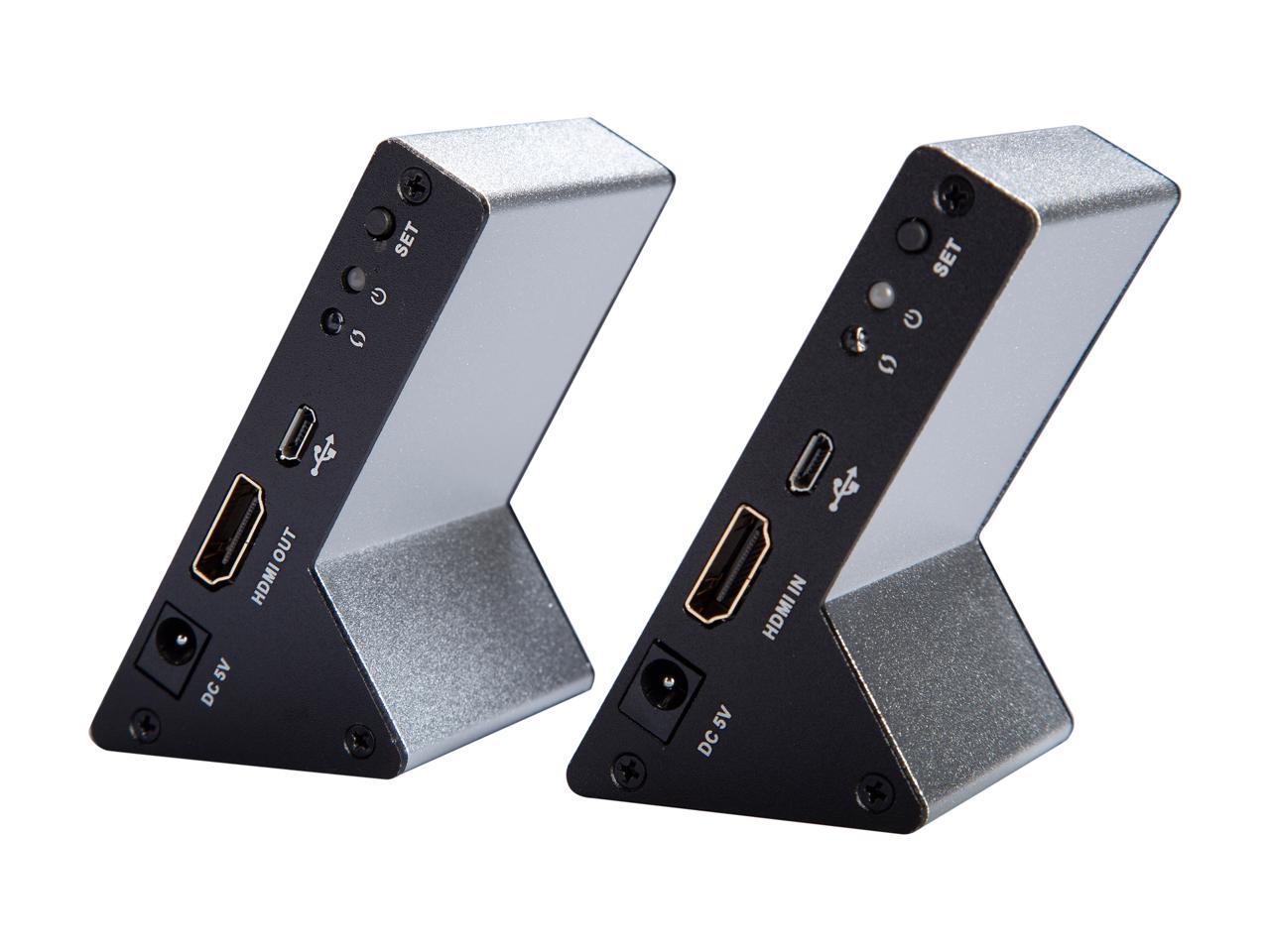 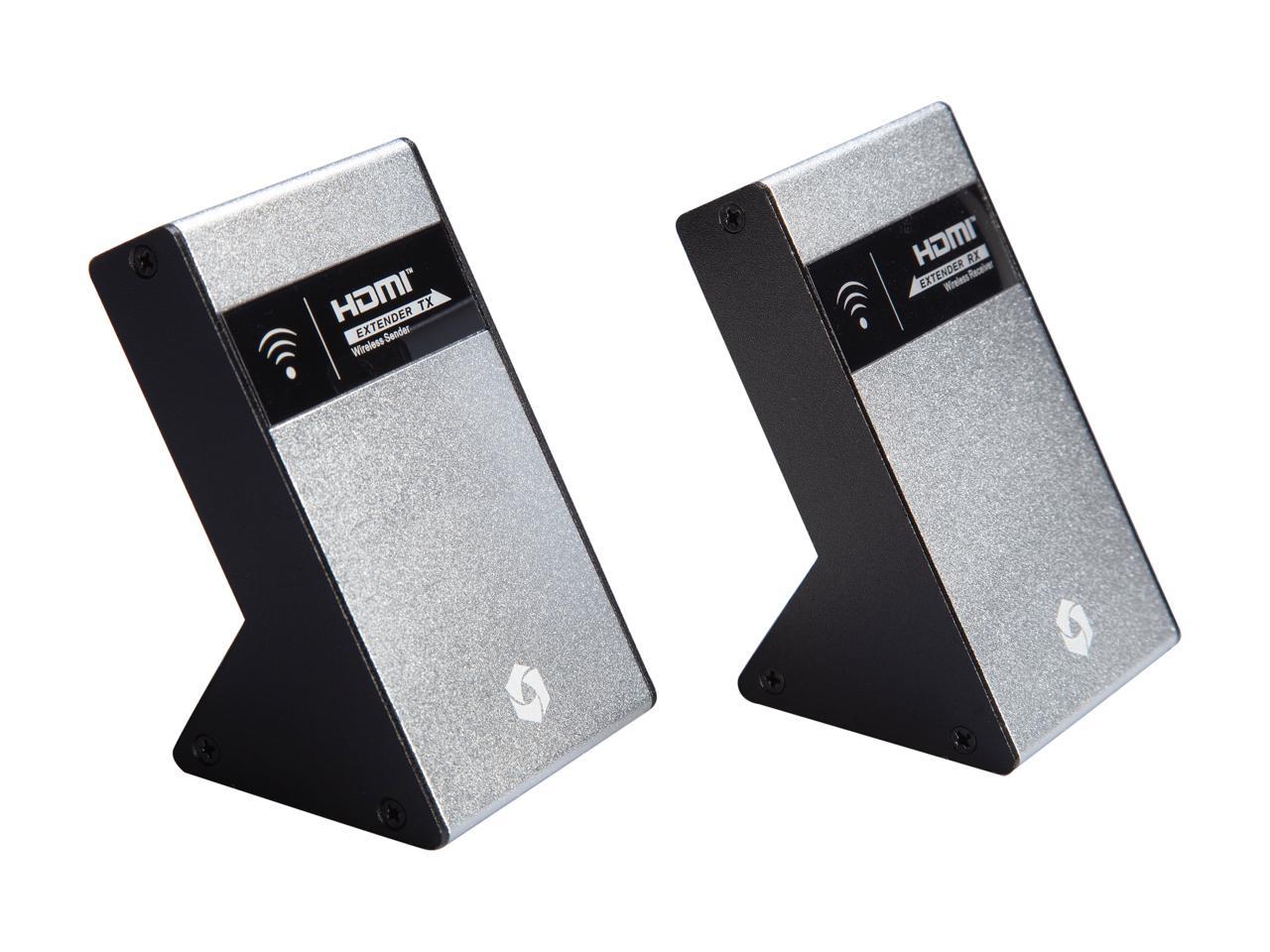 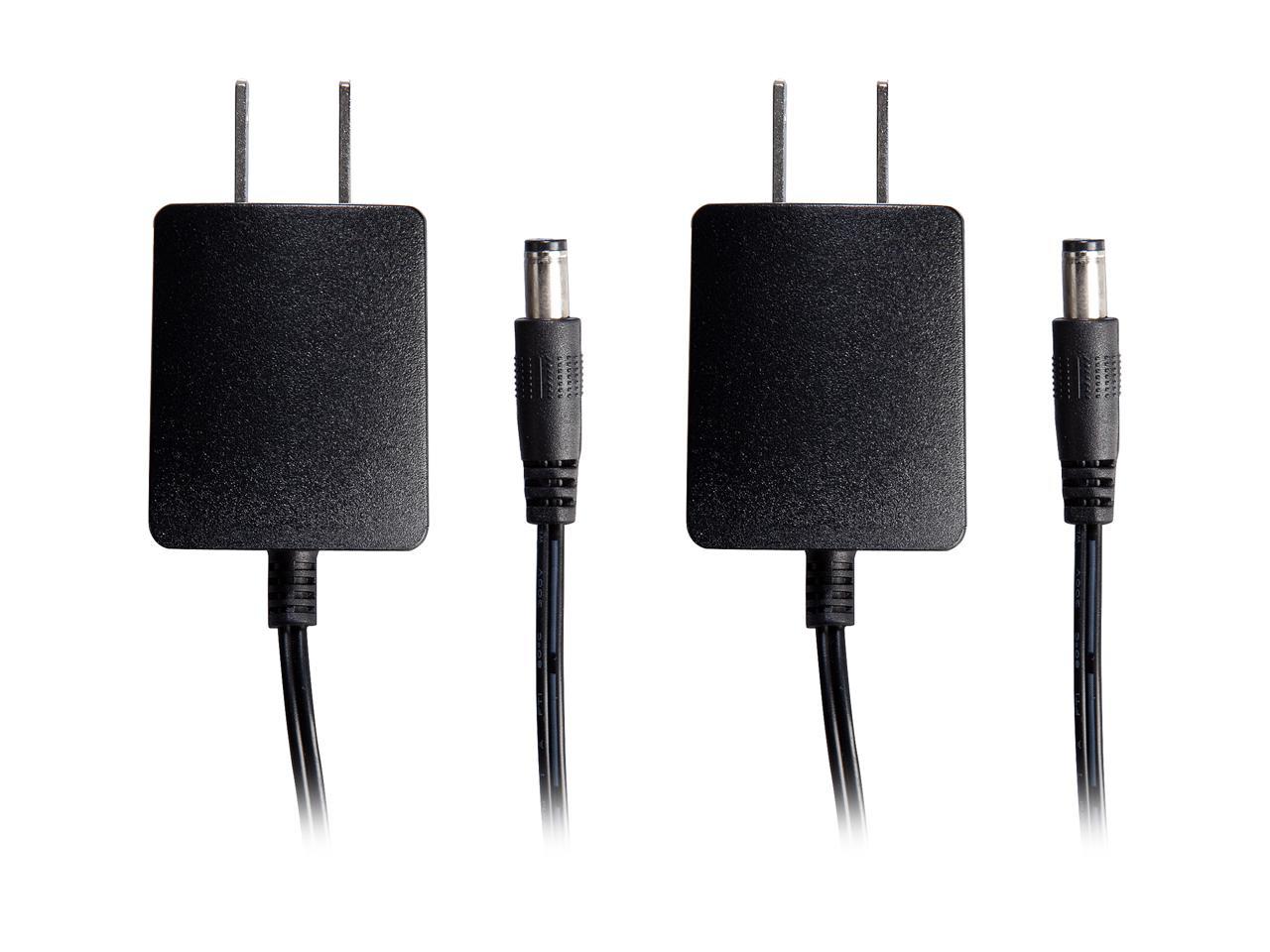 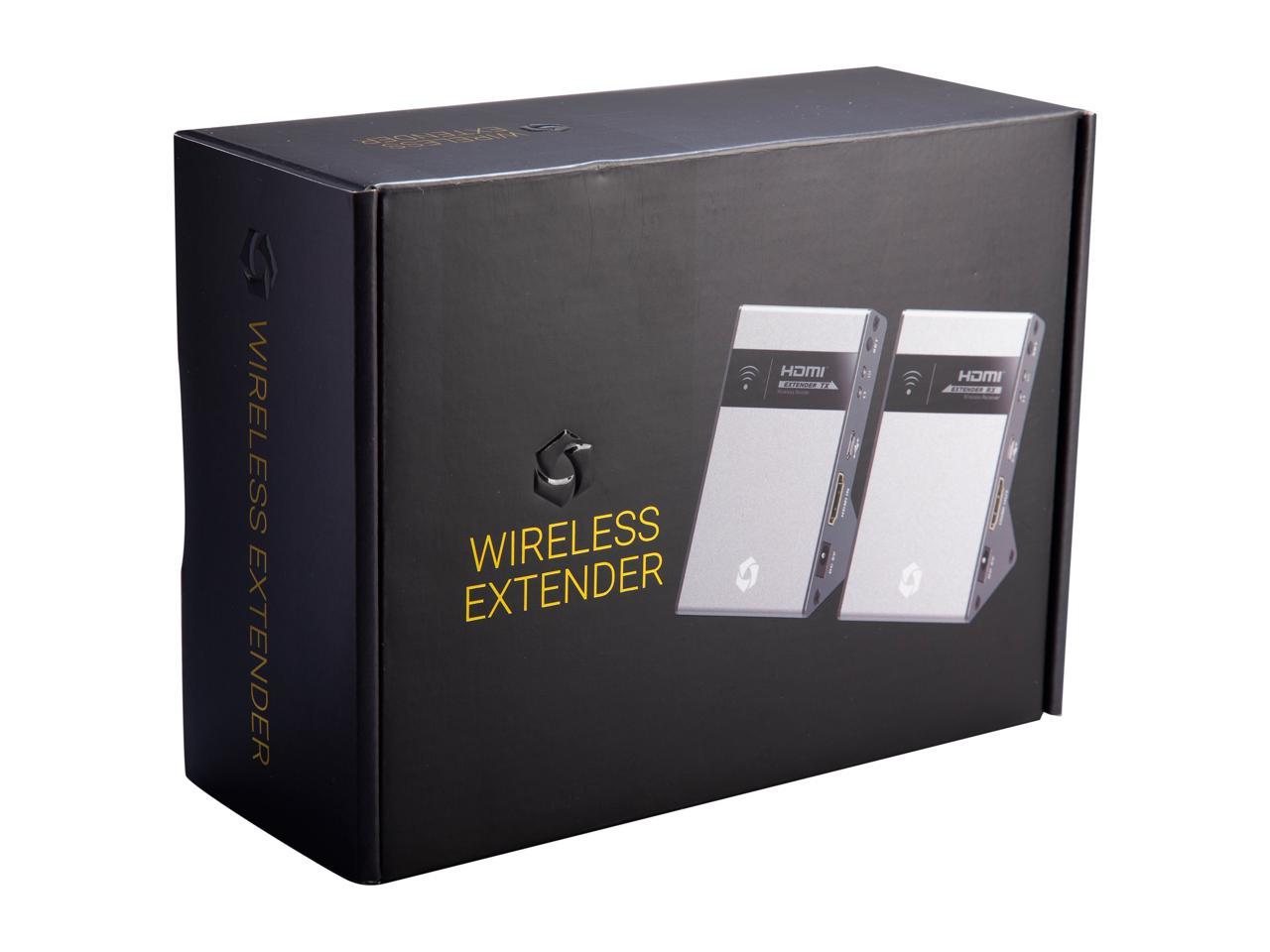 Learn more about the Rosewill RCHE-20002

Pros: * Solid build.I've used many video extenders in the past and they usually feel small, cheap, and plasticky but the Rosewill 4K Extender uses solid construction, it doesn't slide or wobble when placed on a surface, and it feels weighty enough to stay in place. For a product like this one I was impressed at how well put together it was.* Easy to use and convenient button layout.It's nice to have an extender that isn't just a dongle hanging out of the TV. The ports being lined up along the side make them much easier to see and access, and it helps keep everything organized. Definitely the best design for an extender that I've ever seen. I'm surprised that it seems so difficult for companies to get it right.* Simple setup.Connect the HDMI cables, power both on, and wait for them to pair. It only took a few seconds and required basically no effort. I do like how the transmitter and receiver were automatically paired, I fully expected to have to go through an annoying sync process.

Cons: * No included HDMI cable.For this price I would expect to see one, especially on a device like this that needs them. Probably not standard for most extenders but it feels like they should be here.* Signal is easily degraded by obstructions.Doors, walls, inanimate objects in your room. Pretty much any physical object between the transmitter/receiver will most likely create a problem. The ideal setup for this extender is basically a single room with nothing blocking the two. I imagine this is mostly useful in situations where you can't run a cable, but you also don't need to stretch the signal very far. I wonder if putting an antenna on the boxes would've helped at all?

Overall Review: The extender does seem to work fine over the 60 foot range, tested on a PC streaming to a 4K 30 Hz TV. Walls and other objects negatively impact the signal, I'm not sure how viable it would be between rooms. However as long as you keep the physical distance short, it should work. But it won't work at the full 60 feet with a wall between the two. I didn't notice the transmitter or receiver running hot, they were warm to the touch, but that seems to be the same for most electronics.For my use case the Rosewill 4K Extender seems to do the job just fine, although I think it may be overkill for most people due to its limitations. Most people won't need anything this fancy to simply stream video nearby, or within the room itself, when there are more accessible options which work just as well. I would have preferred a stronger signal quality, something that could at least work across rooms, and more port options to give the Rosewill extender more use-cases.Overall as long as the extender suits your environment, it works fine. Just make sure your setup can support this extender with its limited application. I'm scoring the Rosewill 4K Extender 3 Eggs simply because that's what it is: Average. When it works, it works fine. It's easy to setup and it does the job. But it's lacking in many key areas, missing some bonus features, and offers lackluster performance overall.

Did you find this review helpful?
Peter P.

Overall Review: The Rosewill Wireless Pro HDMI extender is a 60Ghz supported HDMI linking system that allows you to feed an HDMI signal into a transmitter and have it stream across an open space to a receiver which in turn feeds it into another device, typically a ceiling mounted projector or HD Monitor.A fairly sleek and simple device that is very handy in situations where running cables isnt your most practical solution.The devices are solidly built, yet small and include a power supply for the transmitter and receiver. You have an option of powering the device thru a micro USB connection. You need to supply your own HDMI/USB cables. Id suggest high quality onesA couple of indicator leds, HDMI jacks and a push button to reset/configure the unit round out the device.I had a little trouble getting it to work initially, but after a few attempts I was streaming 1080 video from my DVR to the TV mounted in my home gym.Audio and video qualities were acceptable and unless I closed the door to the gym. The signal remained solid at a distance of around 25 feet.The gotcha for this extender is that you MUST have a clear line of sight between the transmitter and receiver. Anything, including glass can degrade and/or block the signal. The 60Ghz band is limited in this regard. At much higher powers and mounted on towers its often used for high speed data links where the chances of physical obstruction are not likely.It would be ideal for a ceiling mounted projector installation. You could save big money on an installation as only power is needed for the projector. Running a HDMI data cable thru a wall and purchasing a pair of code approved HDMI jacks is not only expensive, but also limits your flexibility as to where you signal source is located. This extender solves those problems. I had to adjust the location of my treadmill a little to assure a clear line of sight between the transmitter, which is located on top of my entertainment system and the receiver, which I mounted to the top of my TV using some ziptiesThe activity LED alerts you to the status of signal link, you want to have the LED illuminated steadily, which indicates the signal is streaming. A blinking LED indicates either no reception or the devices are attempting to link. A Small instruction fold out assists you with the setup information. I would have preferred some sort of signal strength indicator.I was a bit concerned about product longevity, as while the specs indicate a 2.5w power draw the extender cases (all metal with some plastic inserts) reached 115f. I assume the all metal case was used as a heat sink. Still, pretty warm for a device drawing 2.5wIf you need an HDMI extender, give this a try, there have been some reports of similar products, which appear to have the same circuit board as the Roswill product having some compatibility issues, but thats the world of HDMI. If it fills your need, awesome. If you have problems with compatibility try getting some newer HDMI cables before going for a returnIm somewhat doubtful that running at the advertised range of 100 feet would be satisfying for any sort of UltraHD live video. However for an office environment where you are running power point presentations, and perhaps need to switch between presenters at a conference room tables its a great solution.Ill rate the HDMI extender three eggs for being a product that fills an important niche, having solid construction and being the lowest price product in its class.It needs some work to make it a five egg product, namely some HDMI and MicroUSB cables in the box for maximum flexibility and a signal strength indicator, which isnt likely to appear until the next generation appears.

Did you find this review helpful?
Charles C.

Cons: -Doesn't work through walls-Video not perfect even with line of sight

Overall Review: This UltraHD HDMI Extender from Rosewill is a nicely compact pair of sender and receiver units that allow you to wirelessly transmit an HDMI signal. In the box youll find the sender, receiver, a power cord for each, and the instructions. No HDMI cables are included. The units themselves are a very solid aluminum case (which seems counter-intuitive to wireless transmission). According to the manufacturer, they operate on the 60 GHz spectrum, which by definition does not penetrate walls.Set up is pretty dead simple, plug in a HDMI cable from the sender to your source, and from the receiver to your display, then plug both the sender and receiver power cables in. The lights slow blink, then fast blink, then stay solid to indicate searching, establishing, and good connections.Tests were performed with a laptop outputting 4K resolution to a 4K 32 monitor and playing 4K YouTube video. As a control the video was played with a direct cable from the laptop to the monitor and the video was flawless (no dropped frames noticeable).An initial wireless test was with the units right next to each other (about 3 inches apart). There was a noticeable missed frame every now and then, but the video was still very good, and the issue would be forgiven by most people, although youd expect it to be perfect at that close range.A second test pulled the laptop and sender unit about 15 feet away with direct line of sight between them (no walls or other obstructions). This test showed increased dropped frames, however the video was still very watchable, assuming youre not a video quality snob. Switching the video down to 1080p helped some, but there were still some dropped frames. Another modification to this test involved the same location and distance, but dropping the sender just behind a countertop wall (open air to the receiver but a short, small wall). This significantly increased the dropped frames to an annoying level. The video still played, audio was still good, but the dropped frames were unacceptable at this point.A third test moved out to 20 feet away with a single interior wall in between the two, and while it did initially establish a connection, the video had more dropped frames than good frames, and after a few minutes completely lost the connection.The last test, mostly just to verify it would not work, was about 40 feet away through two walls, and no connection could be established at all. Again this is not surprising, given the spectrum the units operate on.Note that in all of the tests, the attempt was made (as per the instructions) to face the units towards each other. It did not appear to make any difference, and it should be noted that while the units are aluminum and have a very heavy feel to them, an HDMI cable with some twist memory to it will easily turn the unit, making it difficult to face them the direction desired. You'd need to use really "loose" HDMI cables, or physically mount the device to a board or table (spoiler alert, there's no mounting holes on the units anywhere).Overall these devices have a limited use case: a small-ish room where you absolutely cannot run a HDMI cable and have perfect line of sight and can mount them in a way that keeps them aimed at each other, and you dont mind an occasional dropped frame in your video. It certainly isnt going to work well for the fast twitch gamer or home theater video quality snob. Given that limited use case and the relatively steep price, this item gets two stars. The second star being for the substantial build quality and edge case of usefulness.