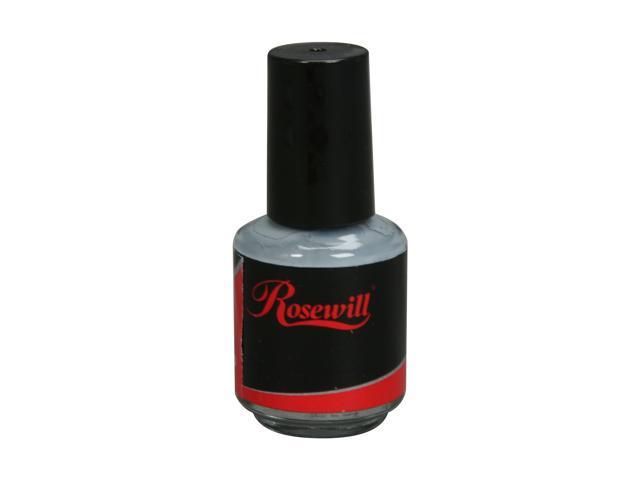 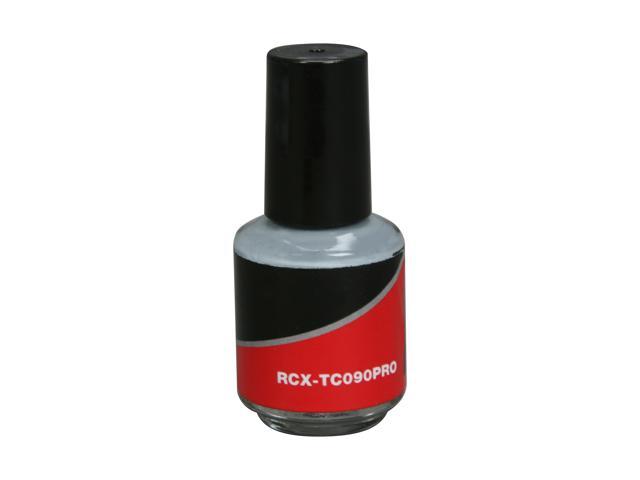 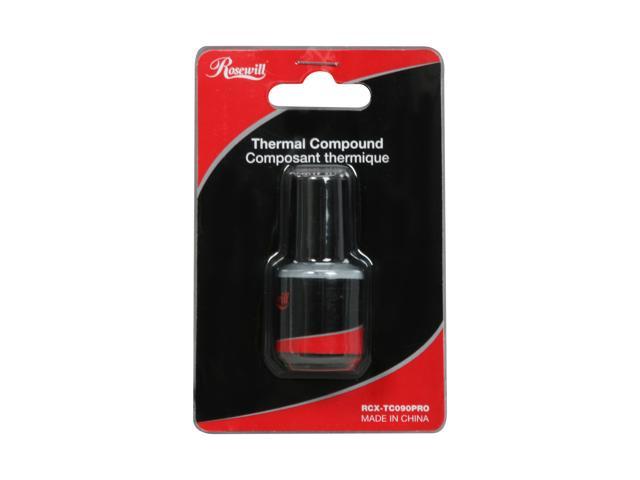 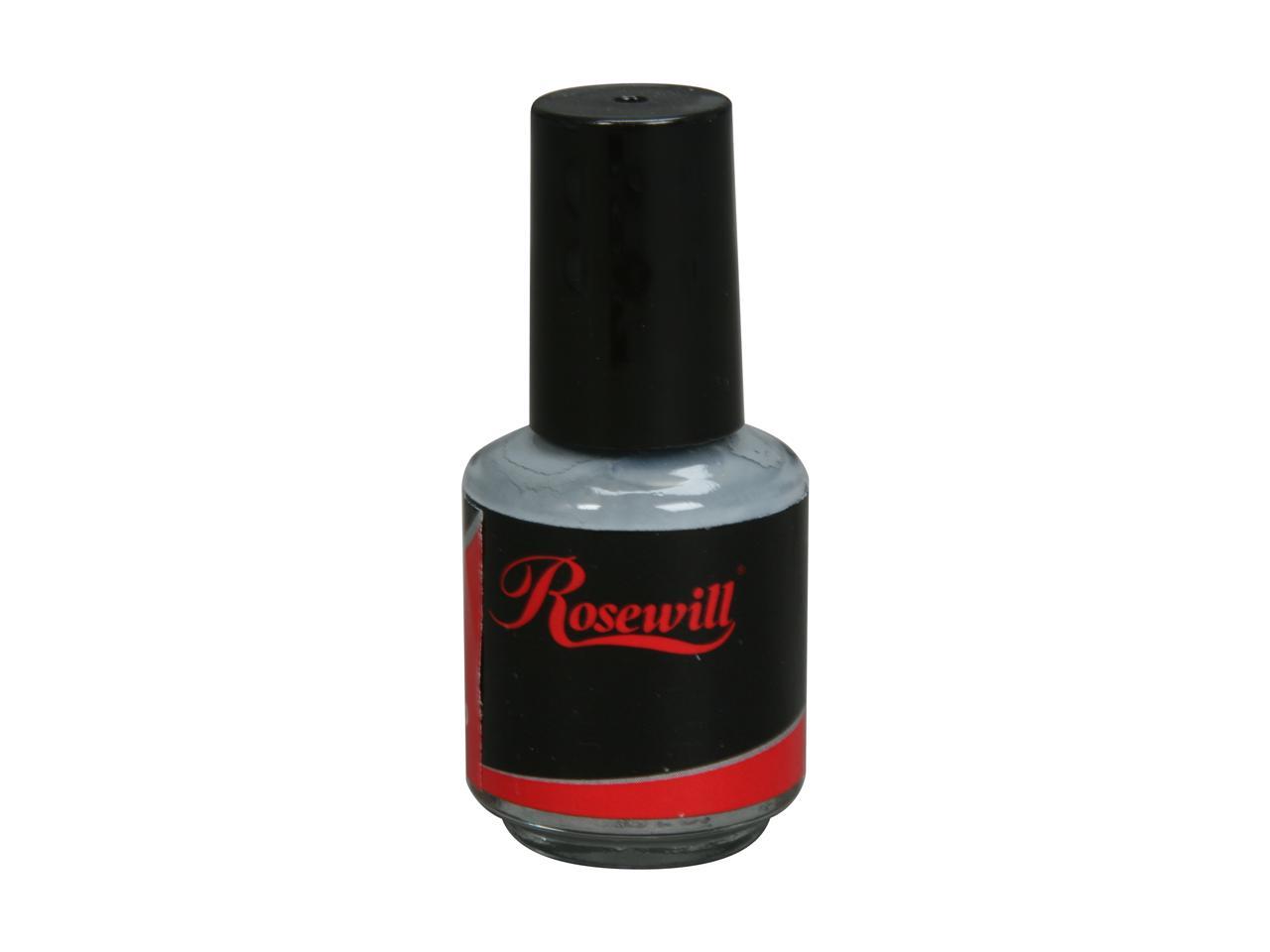 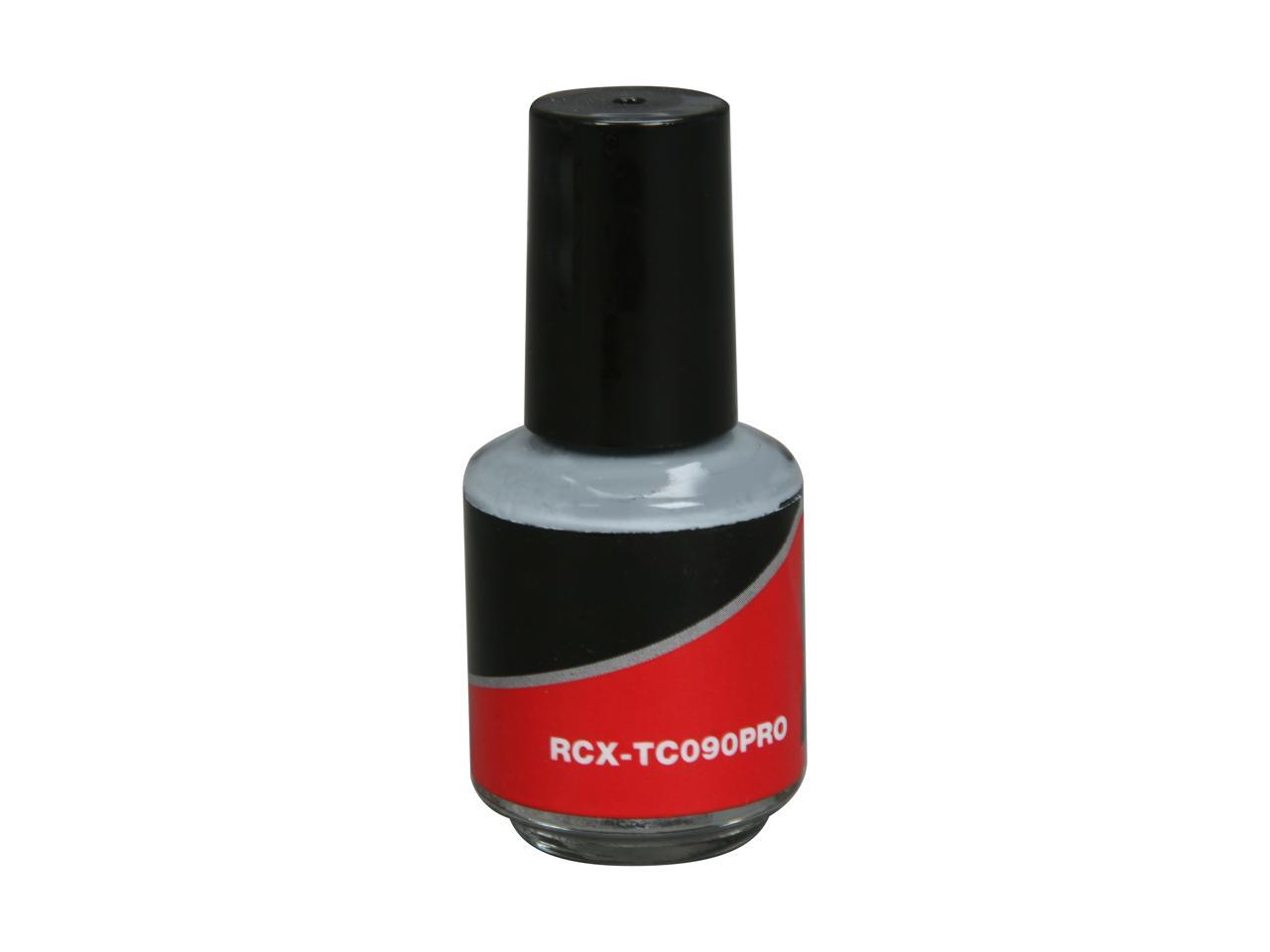 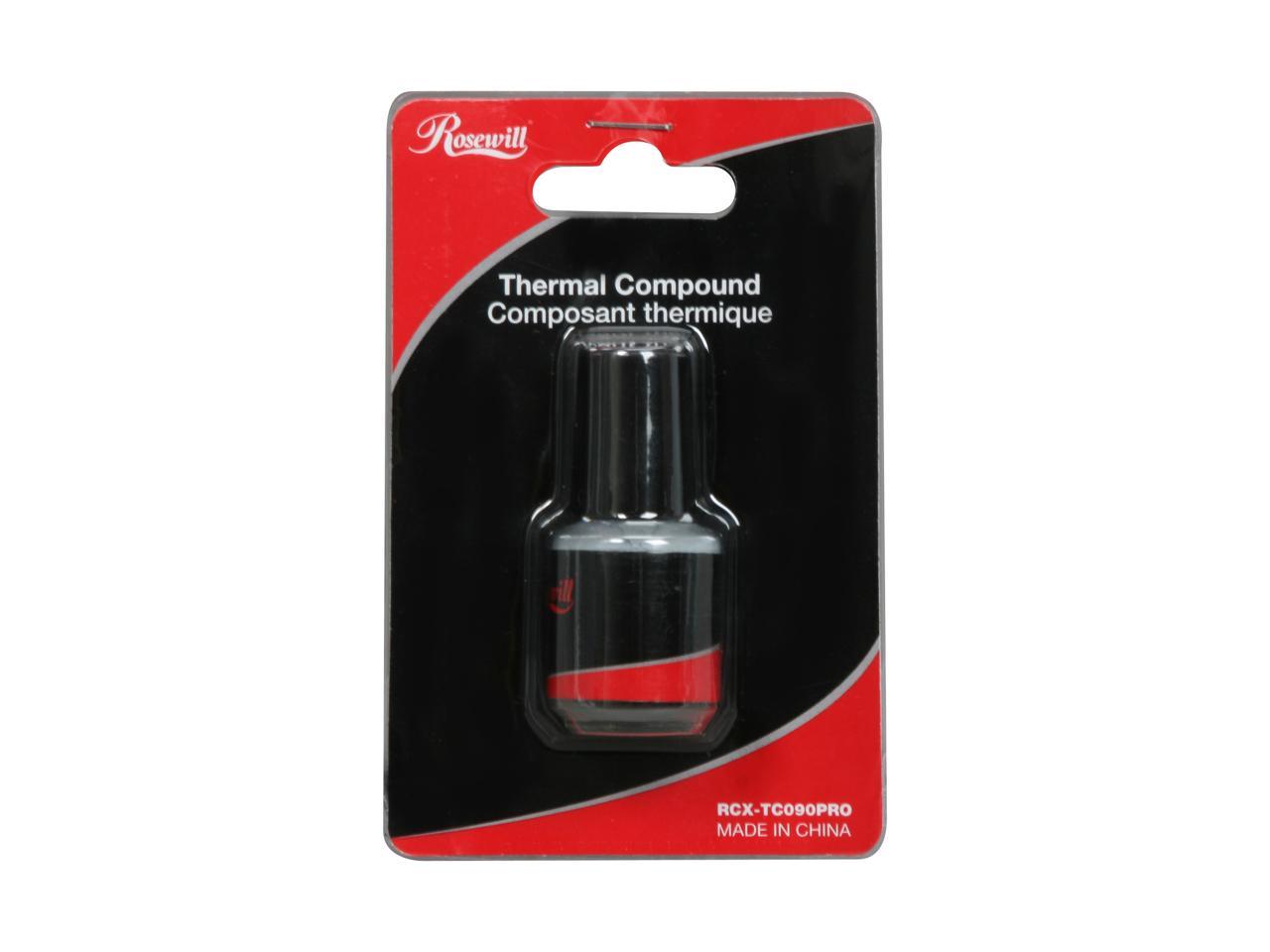 (37) Write a Review
OUT OF STOCK.
Please note that this product is non-returnable and non-refundable.
Specs
Reviews

Learn more about the Rosewill RCX-TC090PRO

Pros: I bought a new CPU fan for a gaming computer, because the old one just wasn't doing it. Temps of 78c while gaming and 60-65 while idle. Thats with silver 5 on it, with Rosewill RCX it dropped to 67c-70c while gaming. Put the new fan in with arctic 5 then with Rosewill RCX, to see if there was a difference or was just the other fan. Arctic with new fan was stable around 55c idle and 65c-68c gaming. Rosewill RCX was 45c idle and never got above 55c.

Overall Review: Used same game and same level, with same settings for the trial test. I'll start using this product from now on.

Cons: * Maybe not the highest thermal coefficient but does the job (see other thought)

Overall Review: This stuff is great. I'm on my second bottle. Although some may say the thermal coefficient is not as good as AS 5 or others, the brush applicator lets you do such an expert job at applying just the right amount that you might even get better results than you would using the higher cost compounds. When my first bottle ran low, I became extremely skilled at not wasting this stuff and in the process got excellent results by not using too much.

Cons: The brush idea seems like a logical way of applying thermal compound. In practice, the brush in mine was a bit of a tangled mess. When I tried to straighten it out, the bristles popped out. Great, now I am left with a bunch of thermal compound in a narrow neck bottle and a hand full of plastic threads.

Overall Review: This is as much my clumsiness as anything else, and I am not fairly judging the product on its thermal capabilities. Raising a stink about the brush is kind of petty, but I felt compelled to share my experience as a caution to my fellow clumsy oafs.

Pros: "Nail polish" bottle and brush makes application a breeze and nearly mess-free, and can be stuck in a pocket or toolbox without fear of spills. Thin but not too thin. Generous amount, enough for dozens and dozens of applications. Works as well as pricier grey pastes.

Cons: Seemed to dry out a bit after a few weeks on the heatsink, might need reapplying every few months if it's on a hot CPU. Pretty messy if it gets on your fingers (like any other grey paste).

Overall Review: 5 eggs considering price and convenience. A smart buy for anyone who does a lot of heatsink removing and wants something better than white grease. I'm not sure if or how electrically conductive it is, that would be nice to know.

Pros: The brush is fine, the problem is the person who uses it. Good price, great quantity...

Pros: This is the best thermal compound I've worked with so far. I've tried other brands like artic silver, but the application isn't as easy as this brush on method. I would recommend this over the more expensive brands.

Pros: I have to admit that the idea of using a brush to apply thermal compound simply and without the normal mess is probably why I bought this stuff, not because I feel that this compound is better than any other. That said, it is a good idea, in principle.

Cons: The idea would probably work if the brush did. I'm disappointed that the brush is so darn soft and flimsy, not at all like the finger nail polish brush I expected. It's more like a very soft sable artist's oil paint brush, and the bristles of the brushes in each of the (2) bottles that I bought is mangled, almost beyond straightening. I attempted to clean one of them of compound so that I could try some rubber cement or something to straighten it out, but as I was cleaning it, the bristles pulled completely out in one clump. It was then easy to pull out the plastic stem in the lid which held them.

Overall Review: I think there may have been a rush to market, and then someone got the incredibly bad idea to manufacture way too many bottles before the design problems were revealed. I'd recommend anyone considering this purchase wait until version 2.0 (RCX-Reloaded?) comes out.

Pros: It used to be great, is that a Pro?

Cons: The whole reason I got this over artic every time was for the convenience of applying with the brush. But now the brush comes clumped, bent, or broken making it harder than ever to use!

Overall Review: I don't know if they're stock went bad and they're dumping it on us or what, but send a message and save your money.