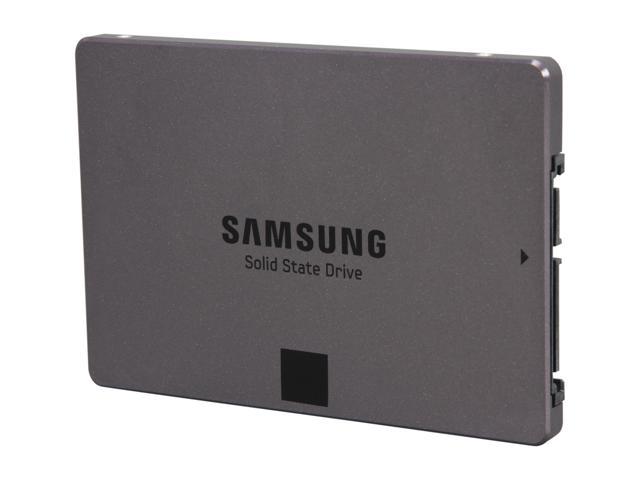 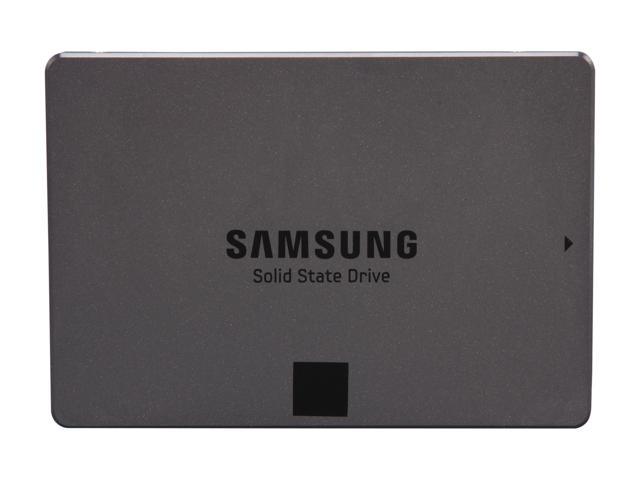 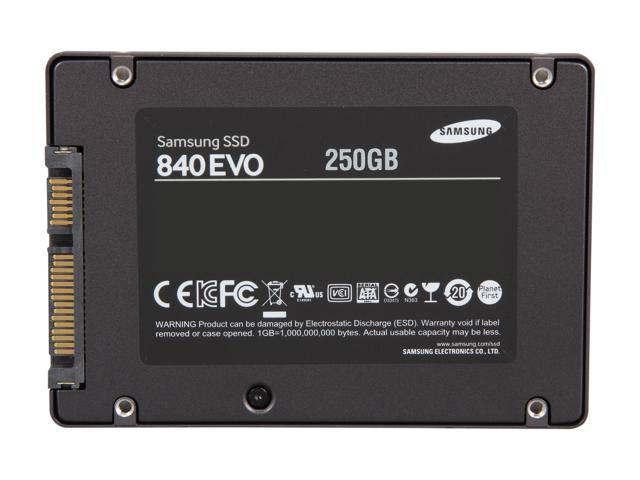 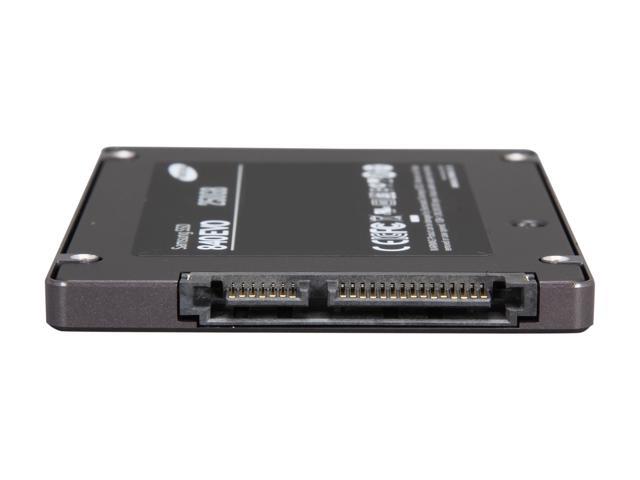 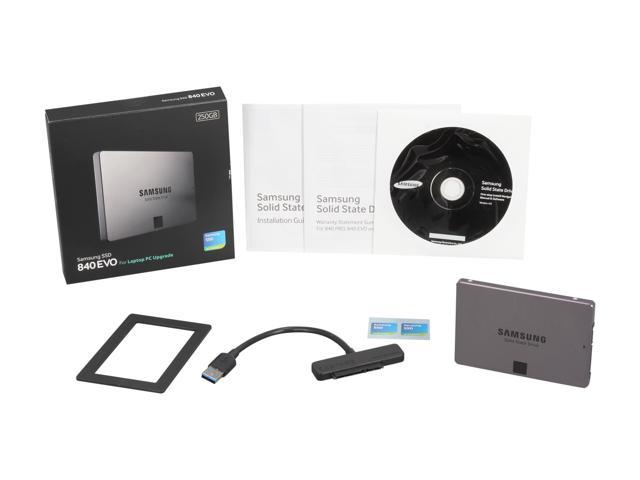 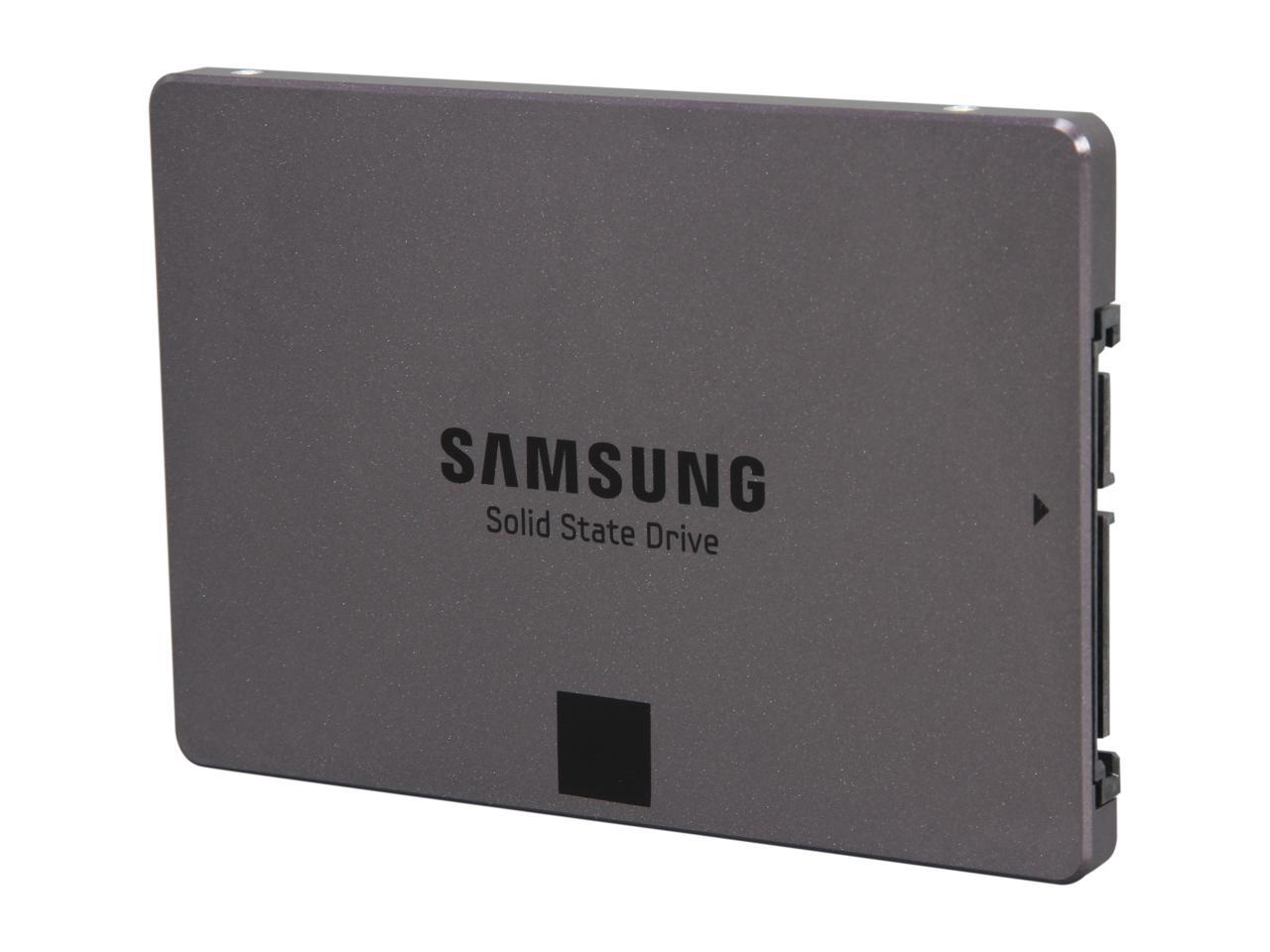 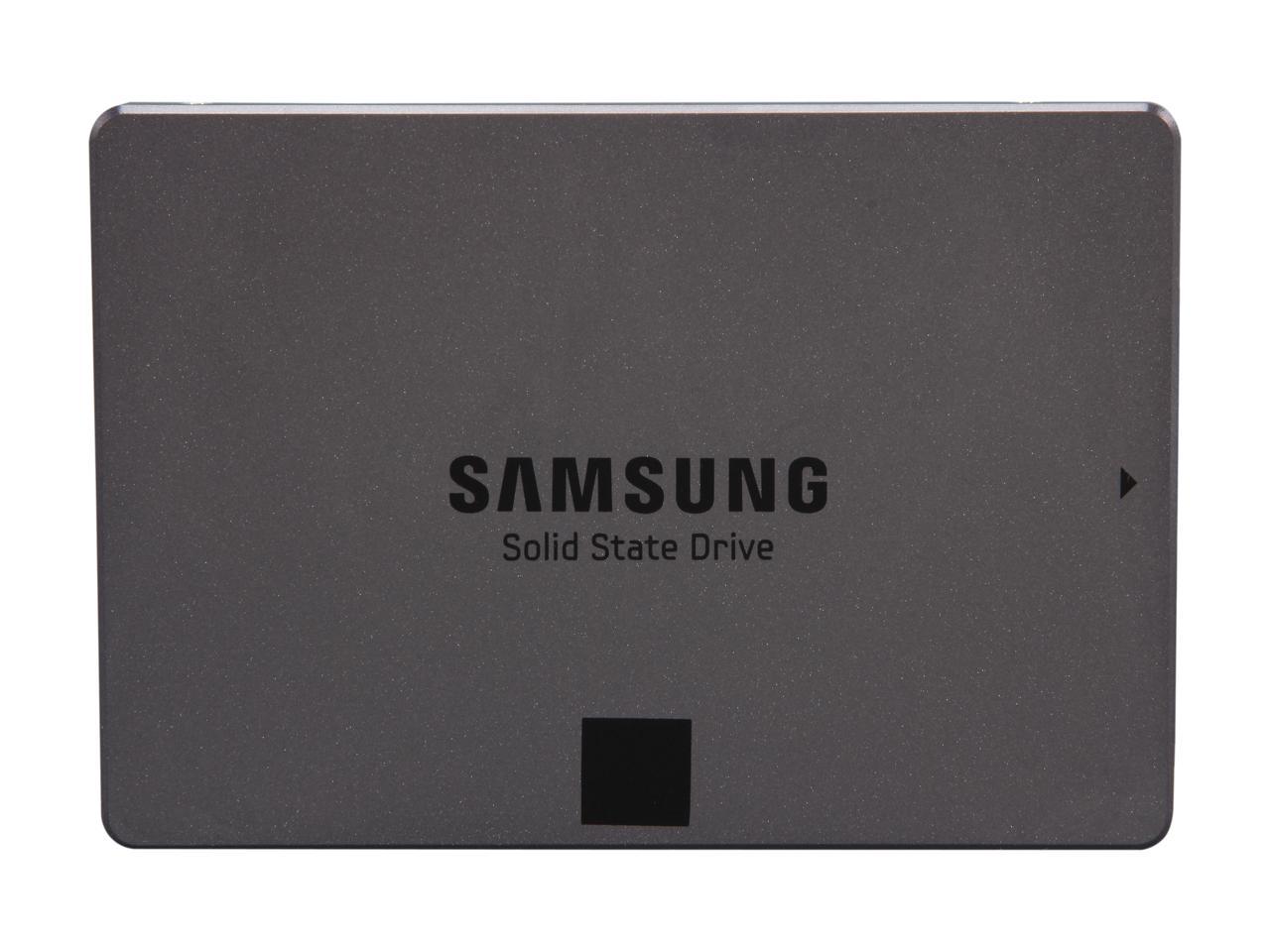 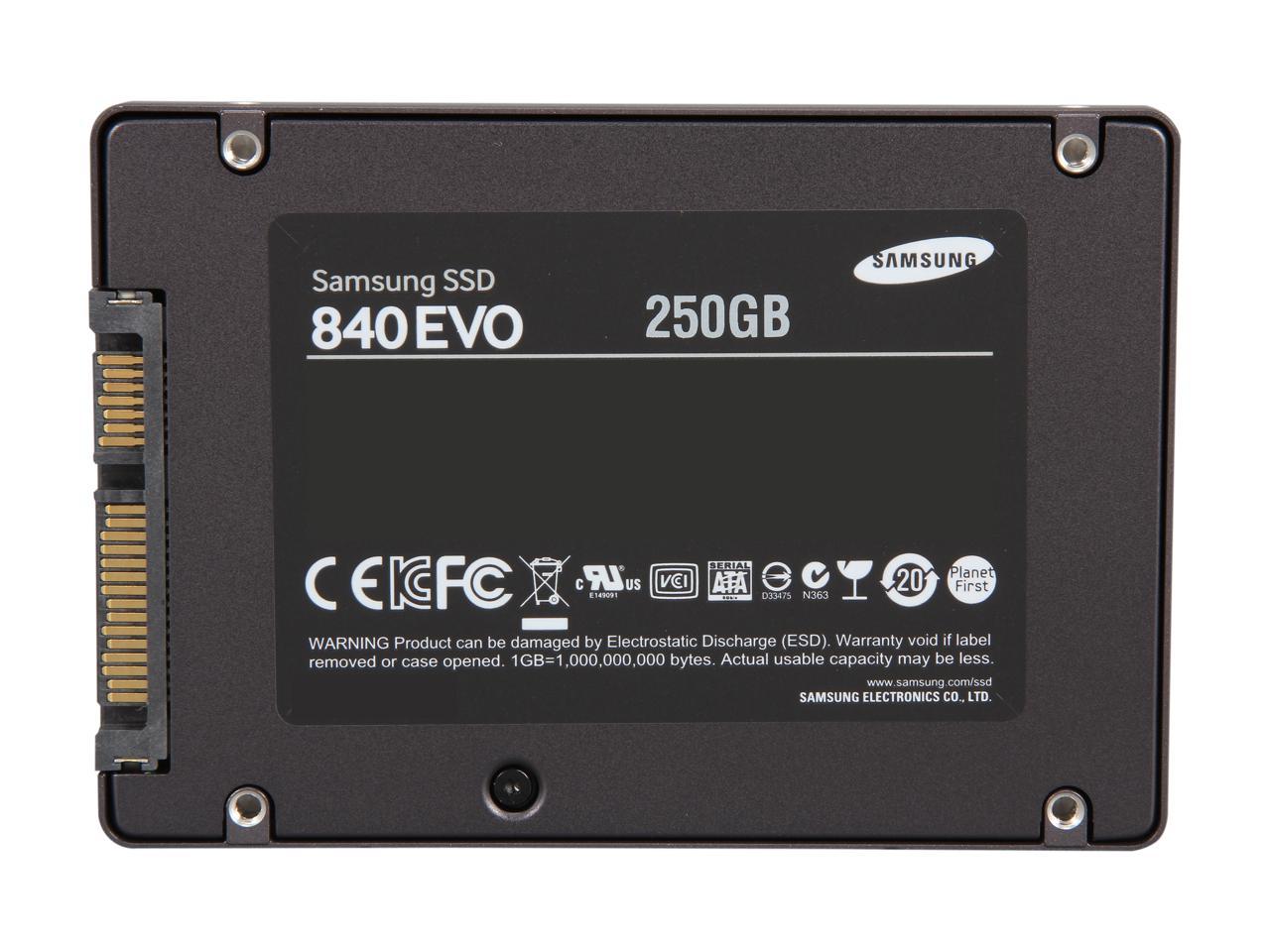 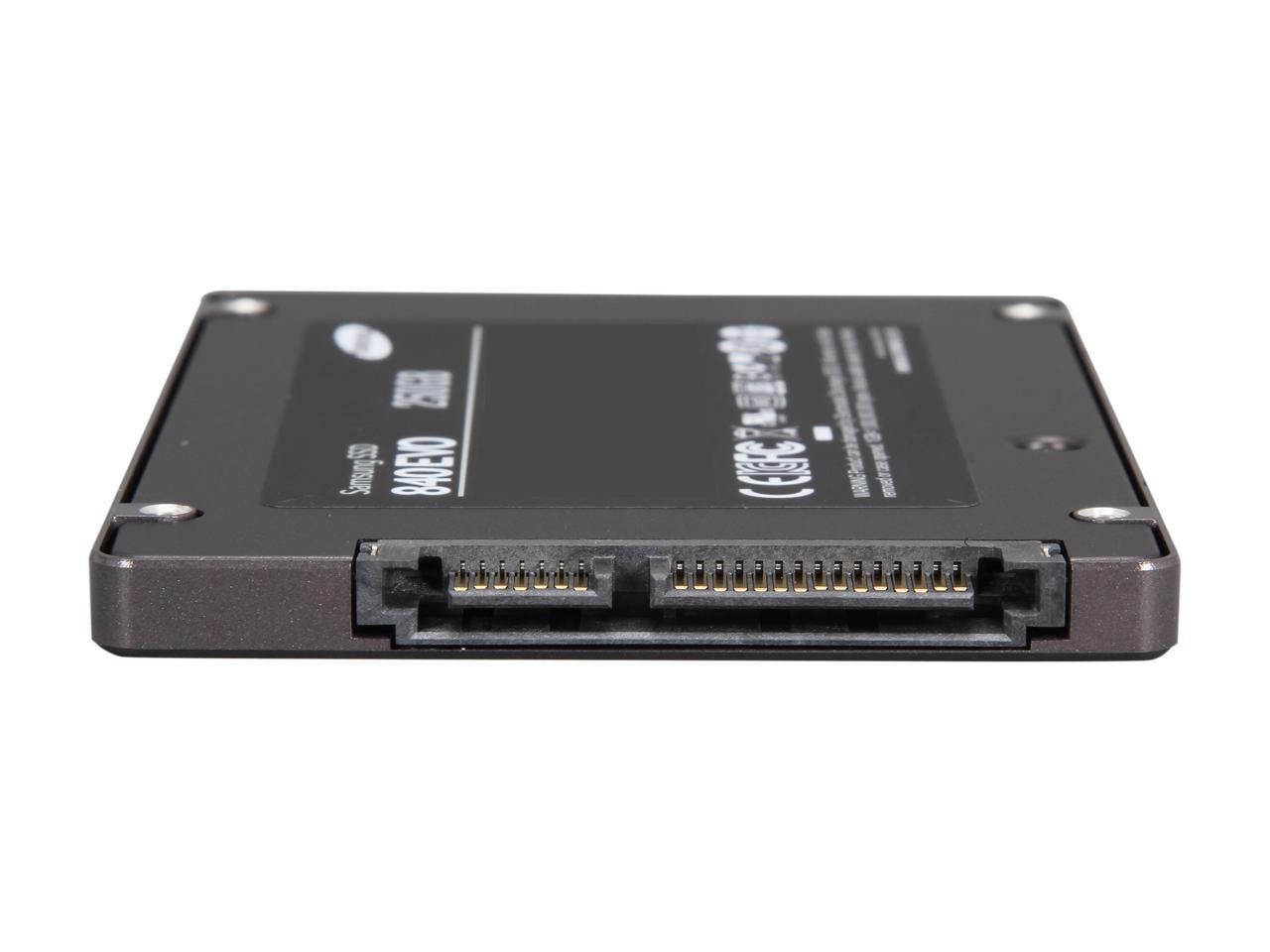 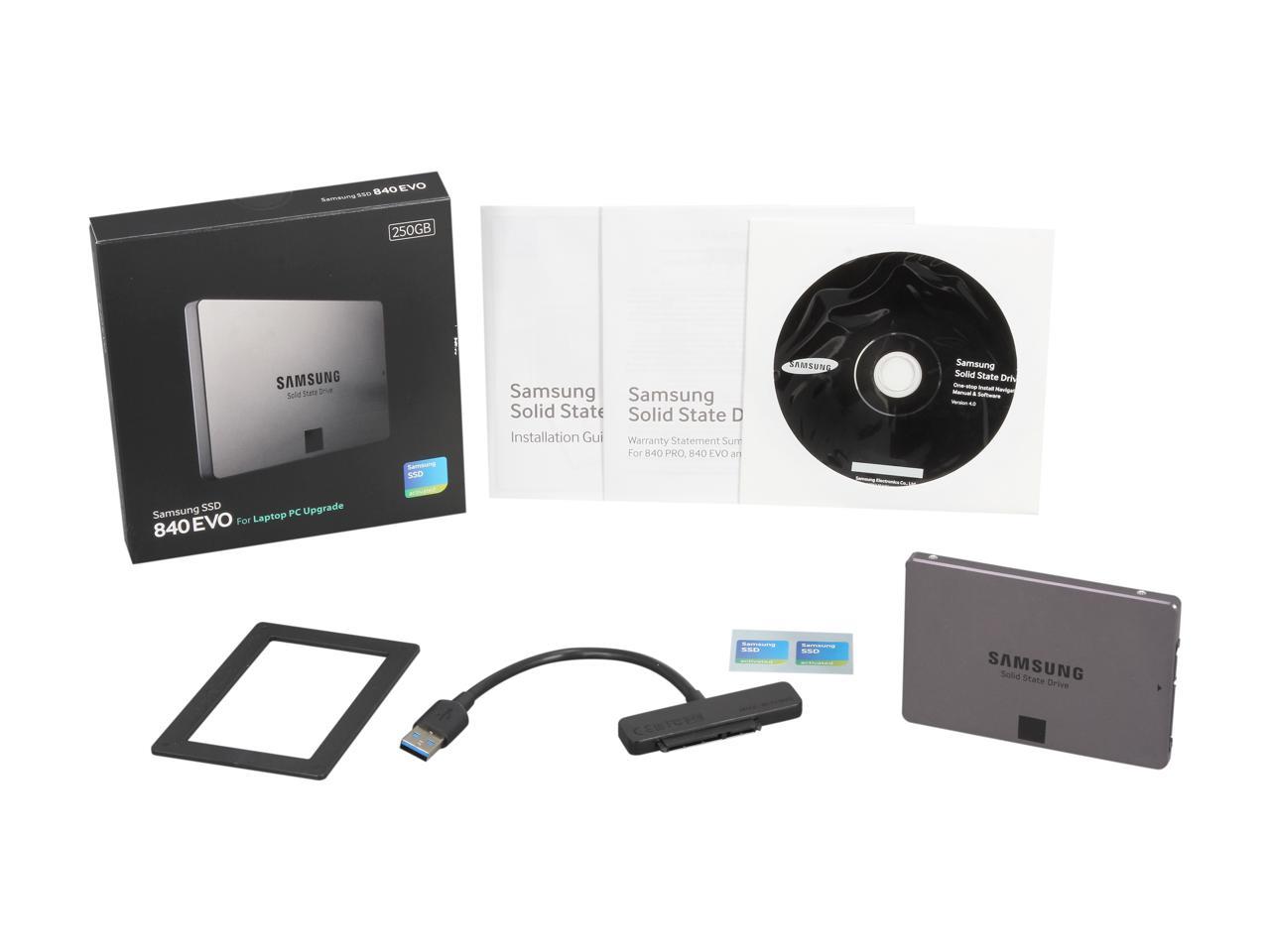 (52) Write a Review
In stock.
Ships from China.
Most customers receive within 4-17 days.
Overview
Specs
Reviews

Learn more about the SAMSUNG MZ-7TE250LW

Pros: Samsung makes great SSDs. I buy them exclusively. In house NAND flash, Controller, and Samsung Magician come together to make arguably the finest SSD experience anywhere. RAPID mode makes everything even faster if you have the extra RAM to spare (16GB or more IMHO)

Cons: None Unless you are trying to put industrial read/write cycles on this drive, the TLC memory will outlast the computer its in anyway. In 5 years we will be scoffing at a 500GB SSD. Anandtech did a workup on the 840 EVO expected life span. If you are writing 100 GB per day to this drive, the expected life span is still 23.75 years. Frankly, I'll take the significantly lower cost of the 840 EVO with TLC versus the more expensive SLC and MLC drives.

Cons: -It's expensive (but worth it)

Overall Review: Just got this baby the other day and it runs like a dream, I highly recommend this if you are thinking about it. Computer boots up in less than 30 seconds and other programs will run noticeably quicker.

Pros: To be honest this is my first SSD drive but WOW, I can't believe how fast this is!!!! It is like I having a new computer!!!

Cons: Throw away the CD and download the latest version of the software before you begin!

Overall Review: Where can I recycle my old hard drive?

Pros: Fast, really fast, I mean really fast. Did I say it was fast??? I installed this in a new case & than set it up in rapid & it doubled the listed Samsung speeds. Is there a better SSD out there?

Overall Review: I think Samsung has moved to the front of the line for SSD's. Thinking about getting one, just do it!!! Plus they are at a nice price. I think SSD"s will start to fall in price & of course come with larger capacities.

Overall Review: Coming from a 5,400 RPM hard drive, I couldn't be happier. I did a lot of research, and settled on the 840 EVO based on multiple professional reviews that show it to be one of the fastest options available, even at the lower price point.

Cons: There is a bug with all 840 EVO SSD's from Samsung. Read performance on this drive slows to less than 50mb per second after a few months. Samsung released a "Fix" in October 2014 but it isn't a fix and only restores drive performance for a couple of months at best before needing to re run their "fix". The fix works by rewriting the entire contents of the disk which can't be good for the SSD lifespan. In addition, the fix cannot be applied if your controller is in RAID mode or the disk is configured as Dynamic disk. The fix process also takes 6+ hours on a 1tb drive. Overall a complete waste of money.

Pros: This drive made a difference in my laptop compared to the 7200rpm hard drive that it had.

Cons: Nothing that I see as of now.

Overall Review: This drive had half the capacity of the hard drive I replaced on the laptop, but I don't intend to put large media (e.g. J-pop MP3s/CDs and videos/TV shows, in HD quality) into the SSD. I would store it into a large hard drive, even if it's slower, but then again an SSD isn't that necessary for storing as such. The Magician software is top-notch, and it even offers me preset optimizations in just a few clicks. SSDs are fast these days, so I set the SSD into "reliability mode." I'm hoping that the SSD will extend the lifespan of my HP EliteBook 8560p notebook (that I bought at Newegg THREE YEARS AGO!) by another few years. Combined with 8GB of dual-channel DDR3 memory that I also ordered (but separately), that packs a one-two punch and it will get me (and my brother who is playing RuneScape on my laptop at the moment) moving pretty quickly compared to the hard drive and 4GB of RAM that I previously had. Note: I did NOT use the data migration software. I checked the Tom's Guide forum and there was a recommendation to do a clean install. I also read the limitations to the data migration software that it wouldn't clone recovery partitions of a laptop (unless the laptop is a Samsung laptop), but it was better for me to do a clean install, even though I bought a notebook upgrade kit with a SATA-to-USB 3 adapter. The clean install allowed me to re-install Windows 7 without the unnecessary junkware, e.g. Norton Antivirus (I don't use Norton - I use Avira free antivirus!), PDF Complete, etc. I did re-install some HP utilities though along with the necessary drivers, as well as installing the latest AMD Catalyst graphics driver, something I couldn't do in the past with the hard drive installed. I'd highly recommend an SSD like this, whether it's a laptop upgrade or building a new computer. As I said again, SSDs are pretty fast these days, so if you don't mind about performance differences between SSDs (since there are higher-performing SSDs, but may be more beneficial for "prosumer" users such as photo and video editing) and just want the lightning-fast response to your existing computer, I'd recommend the 840 EVO or any other similar SSDs priced at this point (e.g. Crucial MX100).