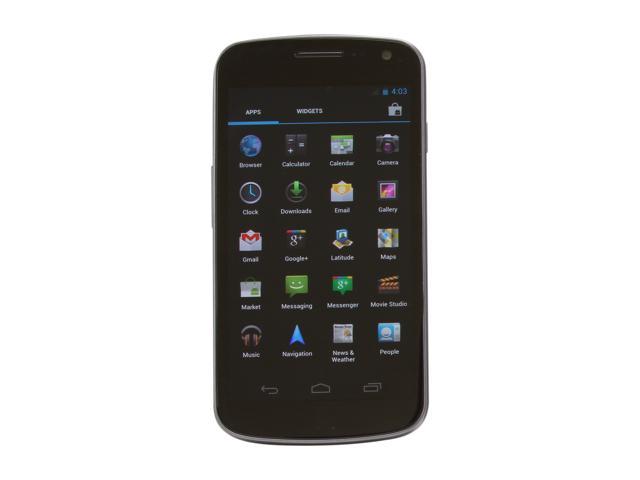 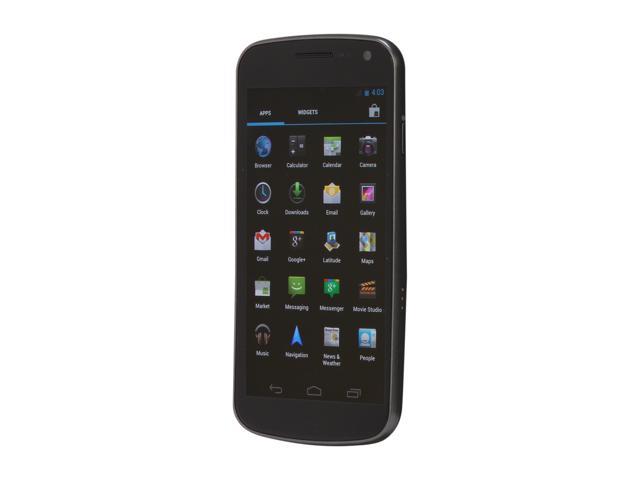 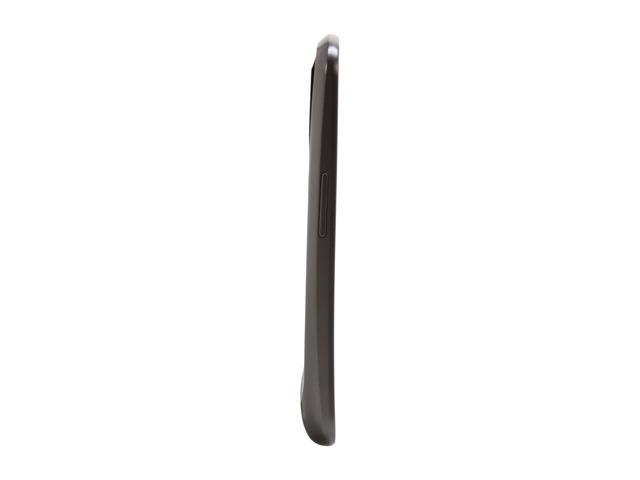 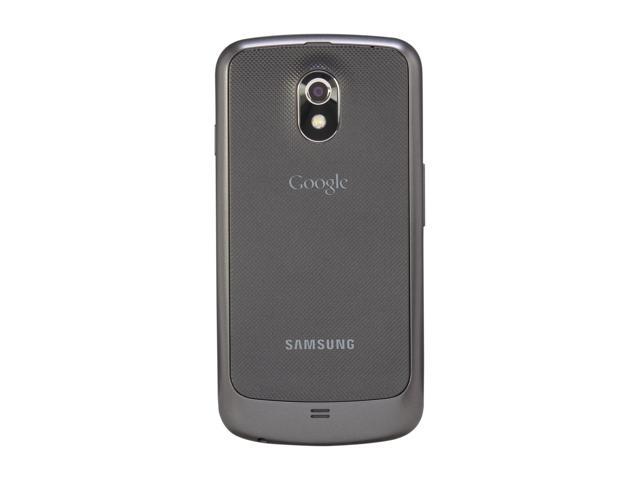 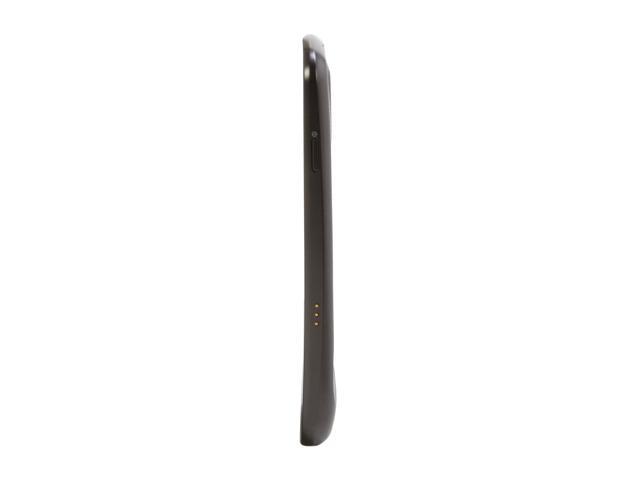 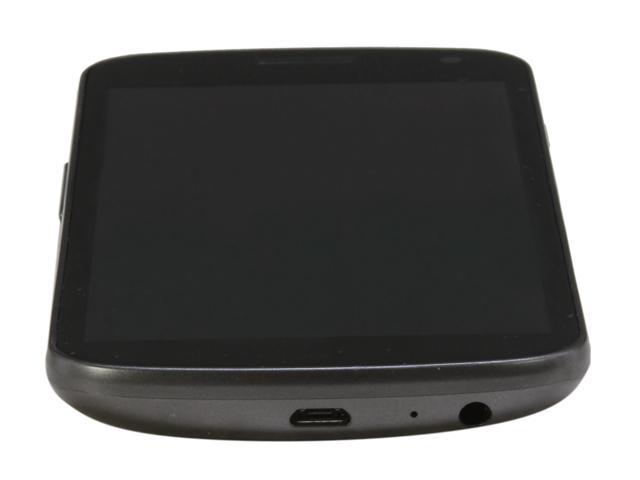 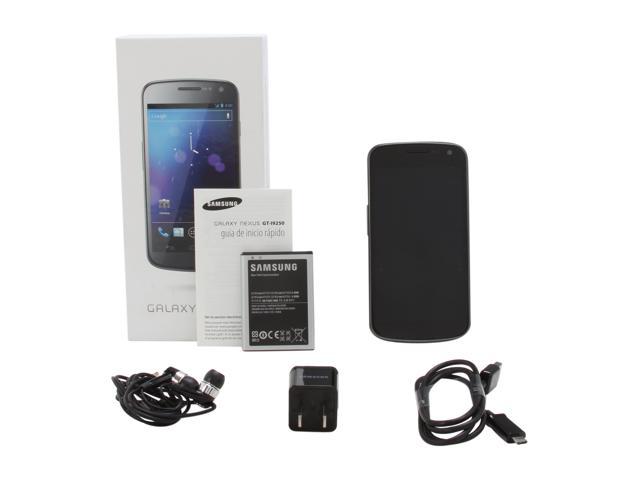 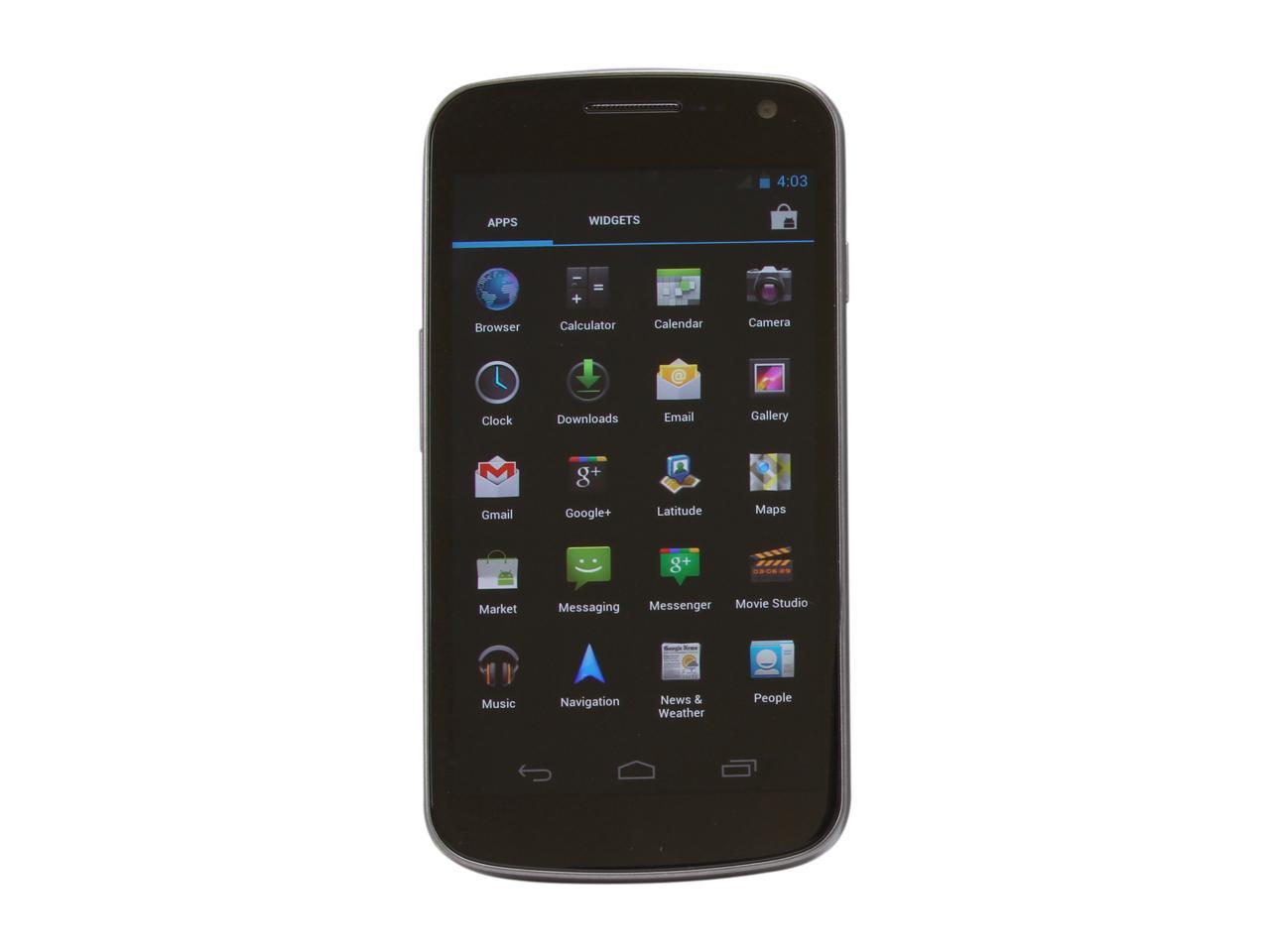 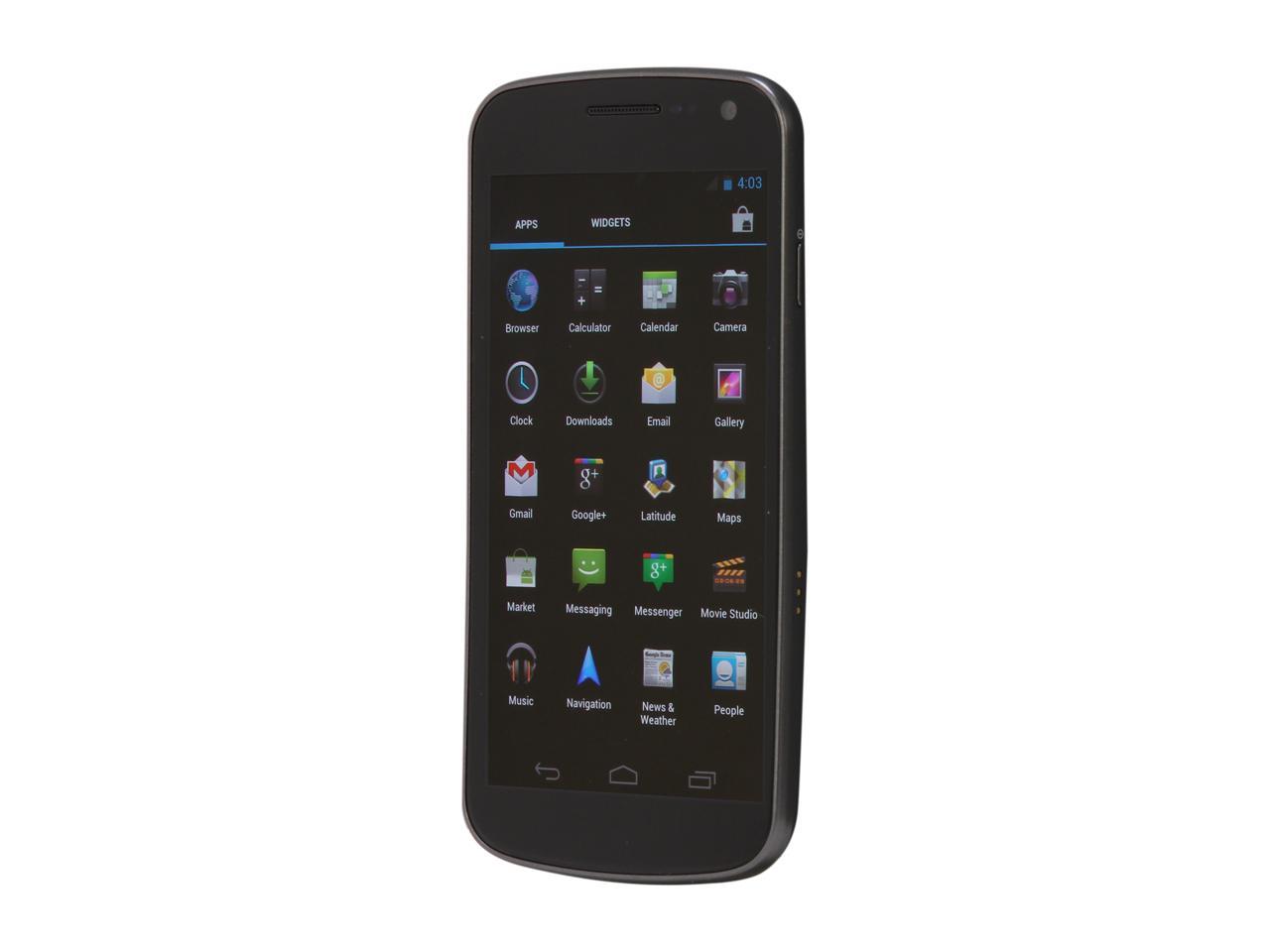 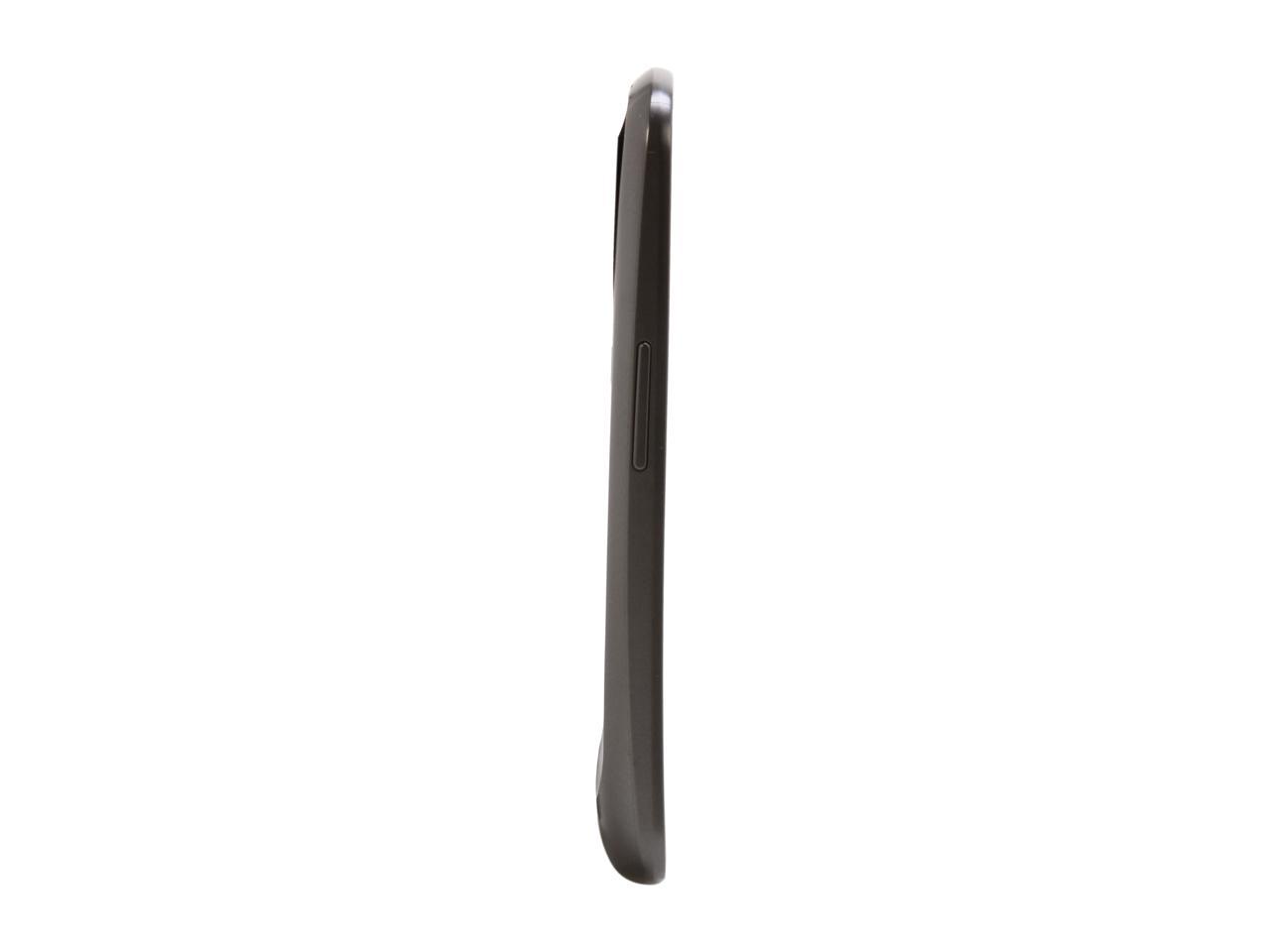 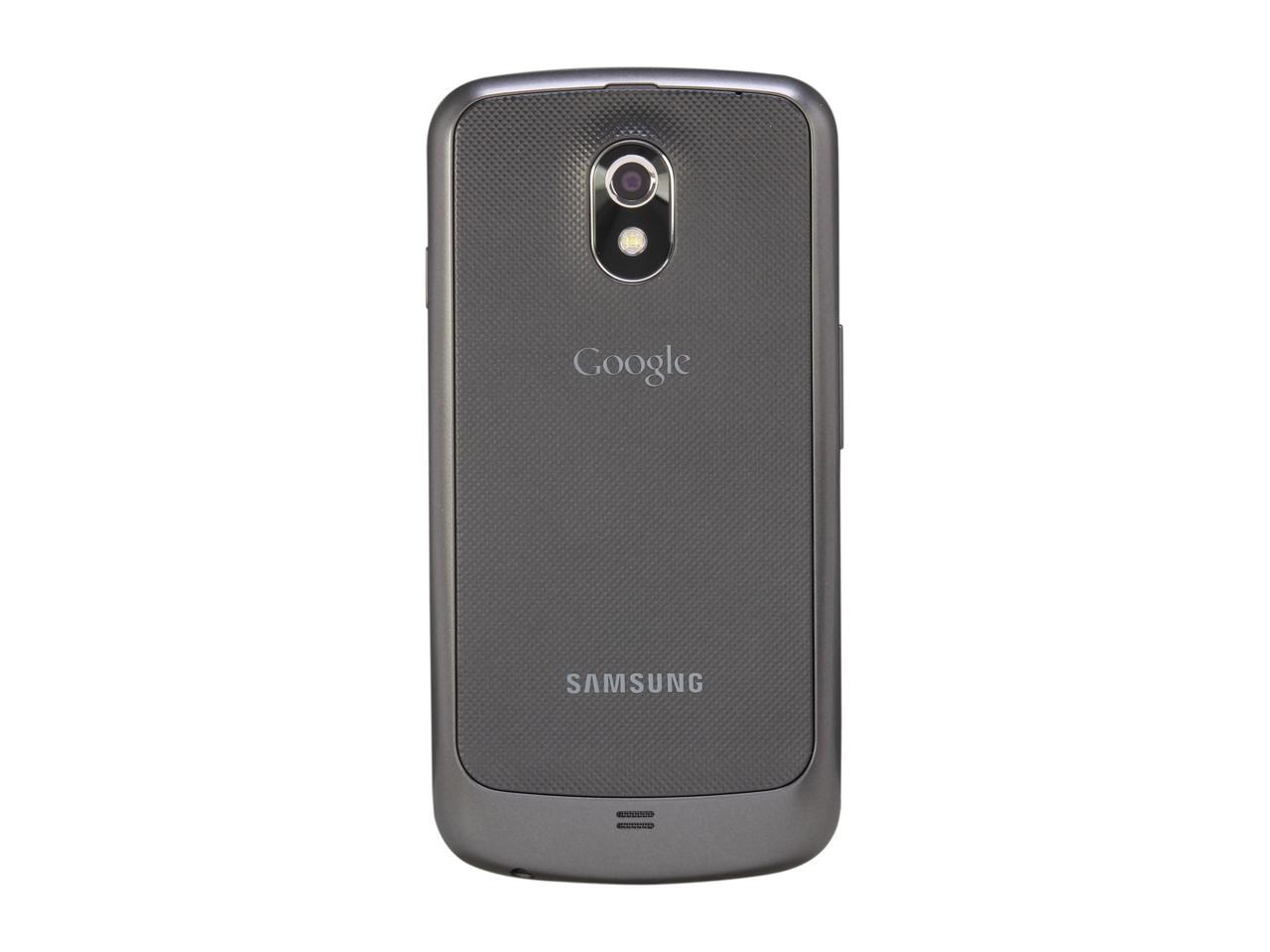 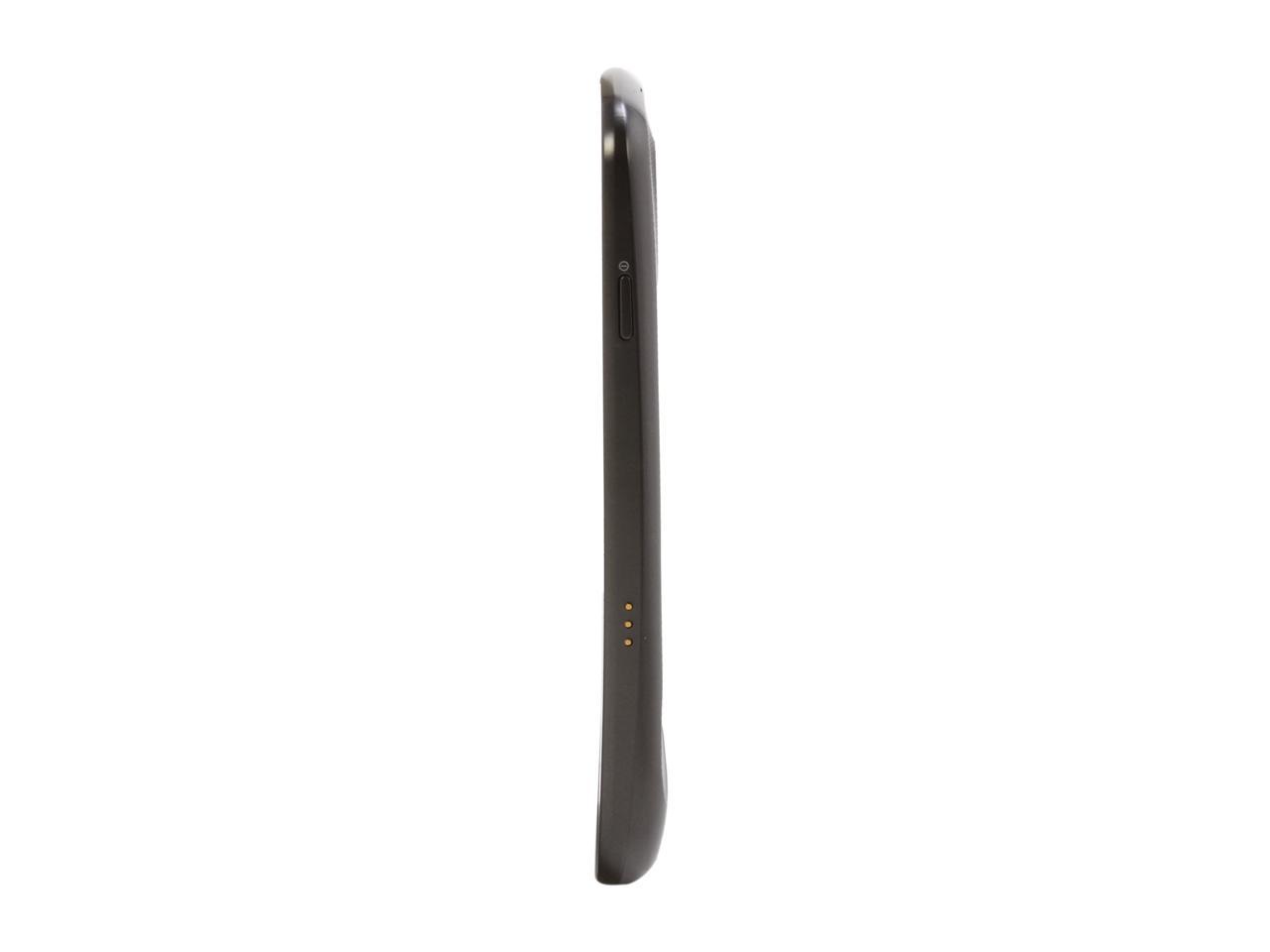 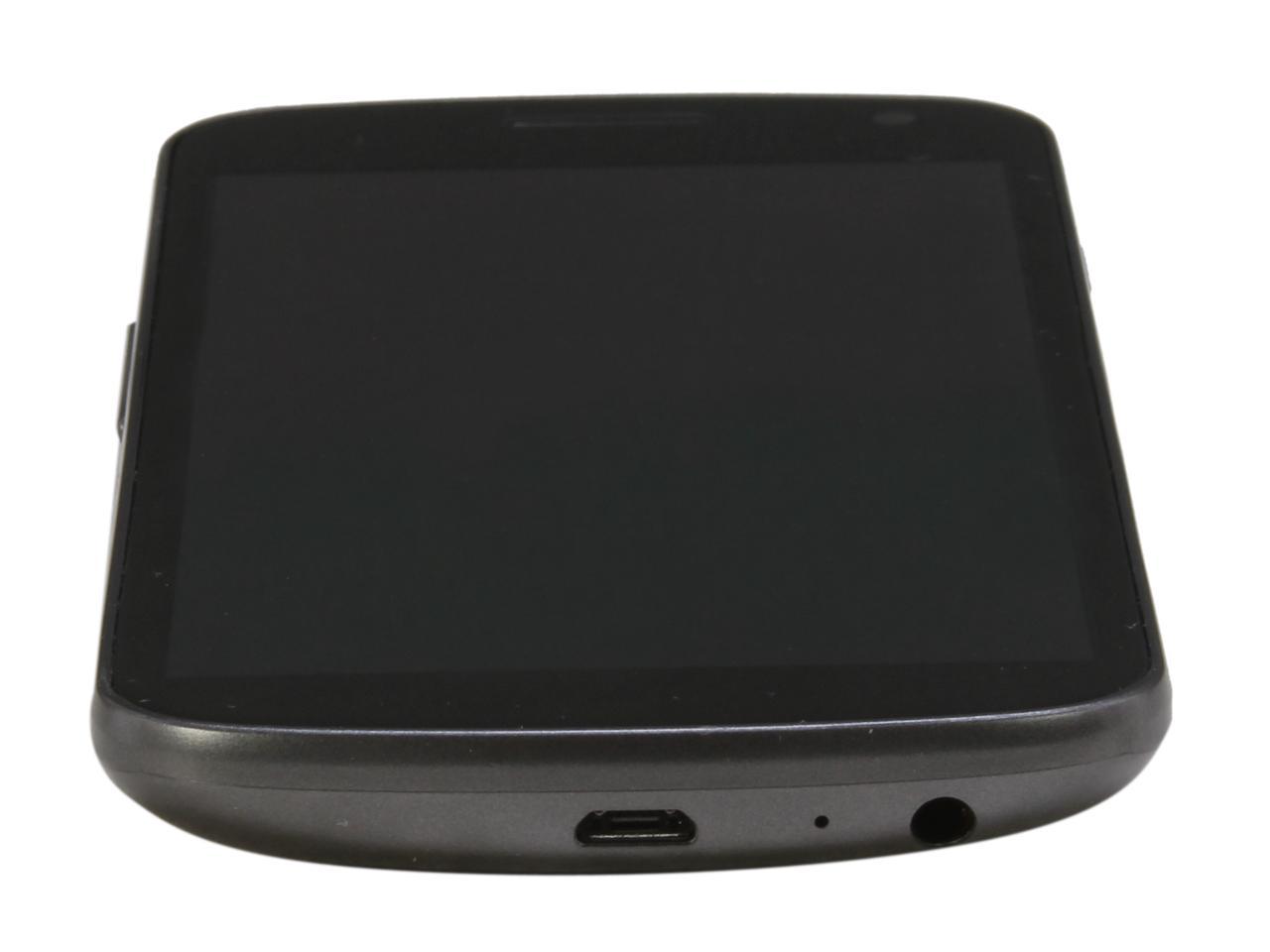 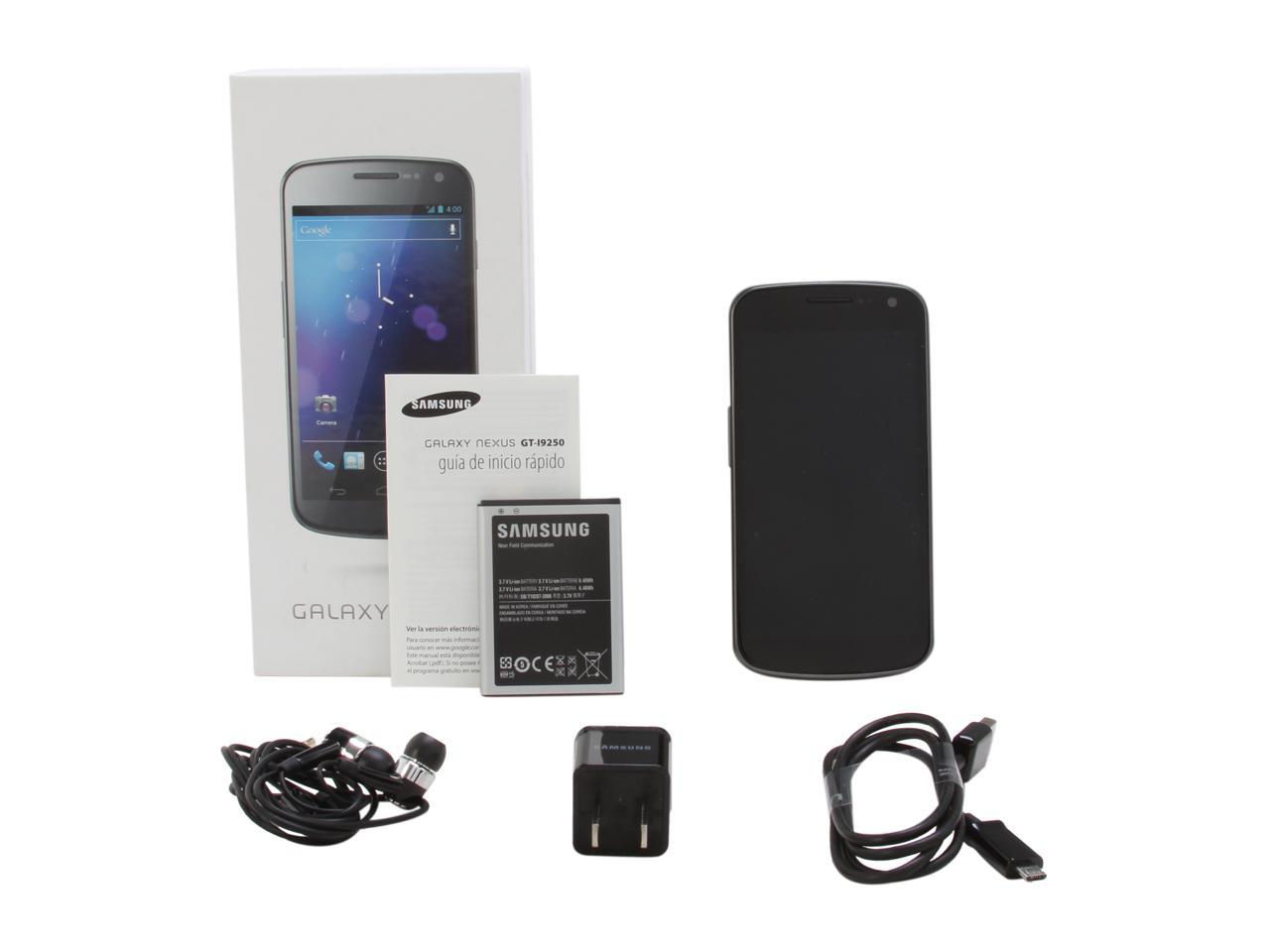 (89) Write a Review
OUT OF STOCK.
Overview
Specs
Reviews
With the latest Ice Cream Sandwich 4.0 operating system and brilliant 4.65” HD Super AMOLED screen, the Galaxy Nexus is without doubt the next-generation Android smartphone. New applications, such as Face Unlock for extra security and Android Beam for enhanced content sharing, will utterly blow your mind. The curved and stylish design also packs in a powerful 1.2GHz dual core processor for PC-like performance while on the go and a 5mp camera with fast image, panoramic shot and HD video recording. The Galaxy Nexus - Simple. Beautiful. Beyond smart.

Learn more about the SAMSUNG GT-i9250

Cons: Buying from newegg is the largest con for this phone. Phone arrived where the seals on the bottom of the product were cut open. Apparently phones bought from newegg, were originally bought from Hongkong through a distributor there. They open the packaging and insert their own business card! Brainstorm Inc. I am unsure if they tampered with the phone further, but once you turn it on, you know that it is not a google default. Further analysis proves that the device package is "yakjuzs" which is the Hong Kong distribution. This phone then will only be updated via Samsung or other distributors. What users should do is immediately flash the phone into the Google distributed updates. The whole separate distributor for the phone makes purchasing this phone from Newegg seem kind of shady. My girlfriend and I both purchased the phone at the same time from newegg. Her packaging had the seals stripped off, so she didn't know it was opened before.

Overall Review: Phone works great other than the stress of spending $700 for having perhaps a Hong Kong rip off or possible tampering of the phone.

Pros: Ok, it's a great phone at a great price, but as others say, these are coming from Asia, and have a different ROM. that means a little work for you: 1: When you get the phone, skip all the google log-in start up stuff. just set language and go direct to app store and download GN officialUpdate. Run this free app - it will confirm you are not on 'Yakju" build - Google's own, but on some other Asian/Samsung build like "Yakjuxw". 2: Download to your computer Wug's "Galaxy Nexus Root Toolkit" - an amazing free piece of software. Plug your phone in, (select GSM) and follow instructions to "Flash Stock and Unroot" - this will flash your phone to Yakju Google USA build, and allow you to download updates direct from Google, not wait on Samsung. 3: This wipes your phone back to USA factory default, which is why it would be pointelss to have gone through full setup before. NOW you can go into setup, pull down all your apps etc. (But, if you are going to unlock + root you will wipe ag

Cons: Once the above done, battery life improved a lot on Yakju build ICS 4.0.2. Avoid Asian firmwares, they are battery hogs. Hence a lot of complaints here.

Overall Review: Wug's toolkit makes this phone work as it should. Just great. If your phone is not updating once on Yakju, on Google's servers, then: Settings> Apps> All> Google Account Manager> Force Stop + Clear Data. This will now search for updates when you look for "System Updates" Personally I am happy on 4.0.2. though, and don't want 4.0.3 or 4.0.4 reported bugs. Maybe 4.0.5 will be great, but I'll wait and see.

Pros: The phone is AWESOME, my one egg rating only refers to the fact that I got an open box phone when the item description made no mention that I would be getting a used item. I would buy another Galaxy Nexus in a second, just not from here.

Cons: Not worth saving the couple dollars by ordering it here since you are likely going to get one that has been opened/used.

Cons: The box appeared to be open, but otherwise everything seemed to be there and the serials matched. As soon as I started the phone up, it immediately started the infernal reboot loop. I went online to see how to fix it and found out that you have to do a factory reset in order to restore the phone to an operating state. About 1 month and 2 days after ordering the phone (just after the RMA date) the phone went into yet another reboot loop that became unrecoverable. No matter what I did, I could not get the phone to stop rebooting. I contacted Newegg RMA department, who referred me to the Samsung Support web page, who in order to get service on your phone, you have to register it on the website. Well, the GT-I9250 Nexus is not serviceable in the US, it doesn't even recognize the Model number, Serial or even name no matter how I wrote it. After doing an online search, it showed that the GT-I9250 Samsung Nexus is manufactured in the UK. So I contacted the UK support department

Overall Review: Ran out of space in Cons... The UK Support department wanted me to "drop-off" the phone at one of their repair facilities nearest my location. When I told them that there was no way I can do that since I live in Japan (I am in the US Navy). Of course, you can't just mail your phone either. So instead they directed me back to Newegg who was my retailer. I seem to be cursed with reboot loops of every kind >< I love Newegg, I have nothing bad to say about them. But this product, Samsung, Google... What have you done!?

Pros: Nice, solidly constructed feel, even if it is mostly plastic. Doesn't have the same cheap, creaky feel the original Galaxy S and Galaxy S2 had. Super AMOLED screen is as brilliant as always, and the bluish hue on white backgrounds that earlier AMOLED screens has largely been corrected. Reception, both 3G and wifi, is better than the Galaxy S. For those of you using T-Mobile, the Nexus supports the 21Mbit HSPA+ standard. Sound quality is okay, but not overly loud, especially on speaker. Jellybean (Android 4.1.x) has been out for the Nexus for a while now, and does address a lot of issues people had with Ice Cream Sandwich like OS lag. Since the phone is a "pure" Google device, you'll be the first to receive OS updates (Android 4.2 is coming soon), which is a definite bonus. The camera is also an improvement over the Galaxy S I had, bringing much faster shutter time, faster autofocus/face recognition, etc. The LED flash can be useful, but tends to blow out pictures. It's more purposeful as a flashlight, usually. Samsung also thought to include an actual LED notification light at the bottom of the phone, which was an annoyance I had with the Galaxy S, which had no notification lights. Browser speed and multitasking is much improved over earlier single core model phones, even though the hardware in this phone isn't cutting edge anymore. With Jellybean, at least, battery life seems quite good. Much improved over my old Galaxy S, though I have rooted the phone and installed a custom ROM and kernel. As a pleasant surprise, the GPS works quite well on this phone. Samsung has had issues with GPS drivers in the past, but it seems those days are behind us. Fast lock times, pretty high accuracy, and support for GLONASS.

Cons: Camera is okay, but nothing to write home about. Don't get hung up on megapixel count because it really doesn't matter if the manufacturer uses low quality optics. The 5MP sensor in this phone is completely usable, but suffers in low light environments as do all phone cameras. Even at the highest volume, the speaker still isn't very loud. This can be remedied by an application from the Play store called Volume Plus, if I remember correctly. Not really a great device with Android Ice Cream Sandwich, but Jellybean addresses most of those issues, and comes as an OTA update as soon as you power on the phone.

Overall Review: Newegg's jacked the price back up to $700, which is odd considering it was going for $350, same as from Google Play and other etailers. Don't buy this phone at $700.

Pros: Jellybean is out for this phone. Camera is decent. Reception is very decent. Nice screen colour/resolution. Videos very fluid. Has 16GBs (more than enough for the average user). Good screensize, not too big not too small. Very responsive. Camera is responsive. Has LED flash (Makes a great flashlight, better than my 2x LED Moto milestone) Works with almost any carrier. Unlocked.

Overall Review: Do not use flash at close range, victims will have vision problems for a minute after. Overall I am quite happy with this phone. You don't need to sign up for a lengthy costly contract to get the advertised price.

Pros: Great phone, when you get what you buy.

Cons: These aren't European unlocked I9250 phones, they're the Japanese NTT Docomo phones, model SC-04D. These won't get the same support via firmware images on Google's site (per JBQ), beware! IMEI numbers are also suspect, be sure to check yours closely.