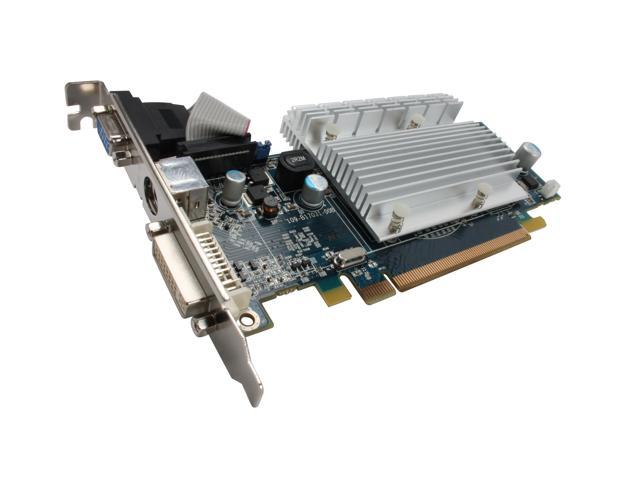 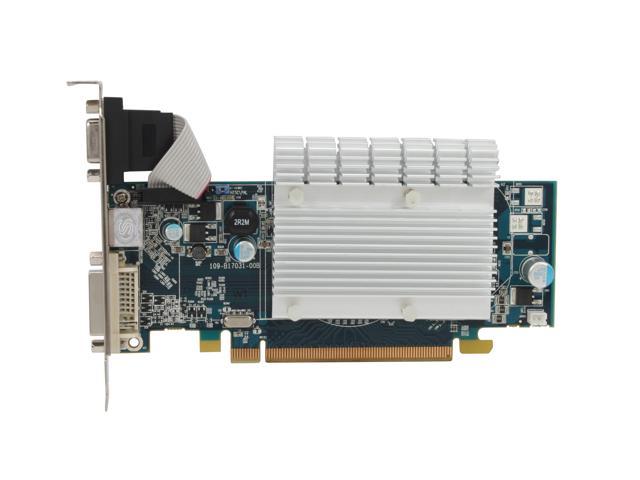 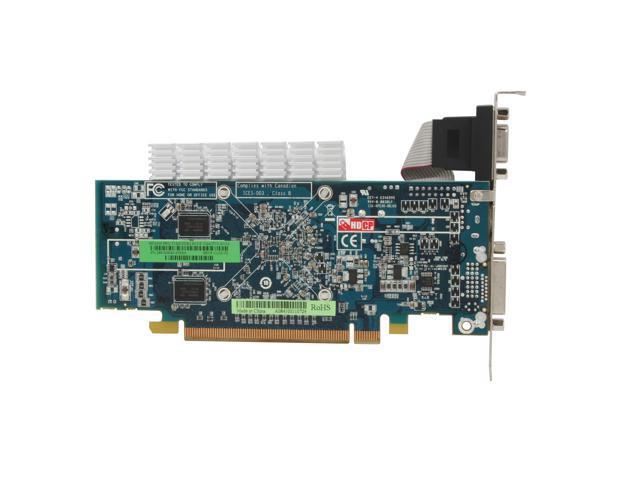 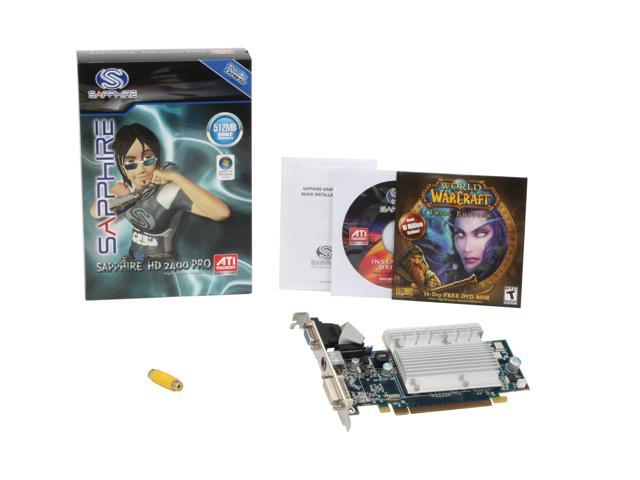 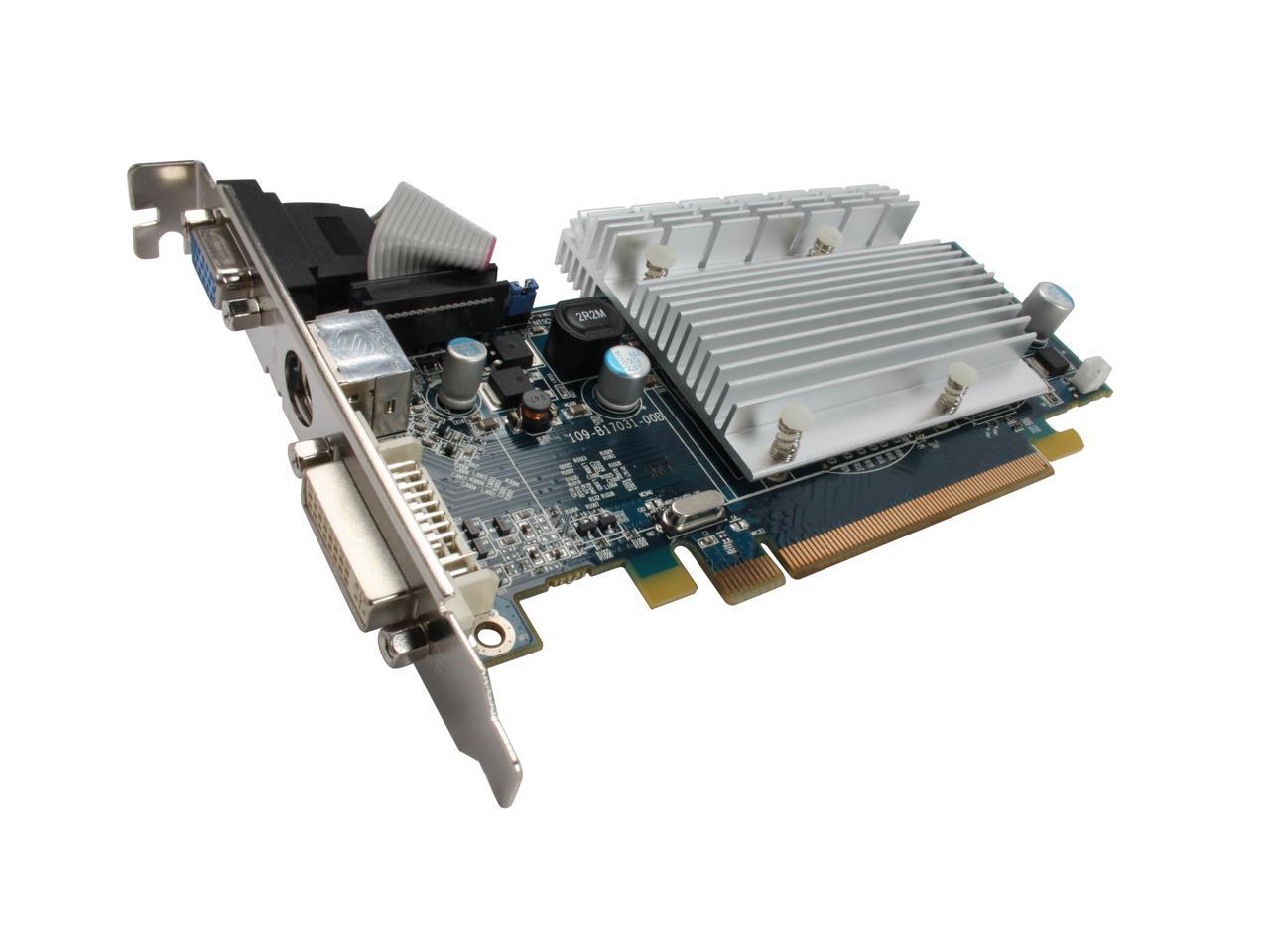 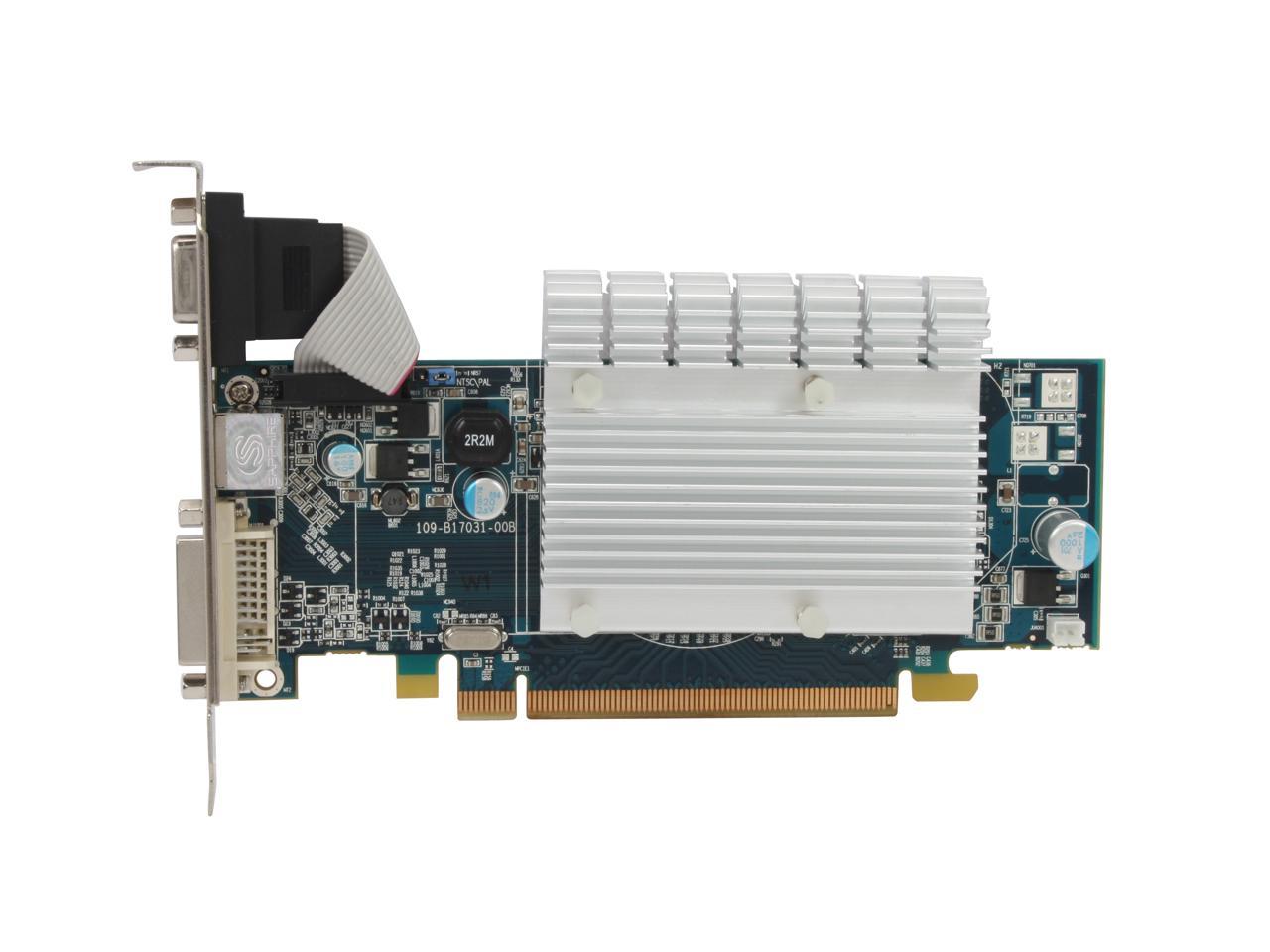 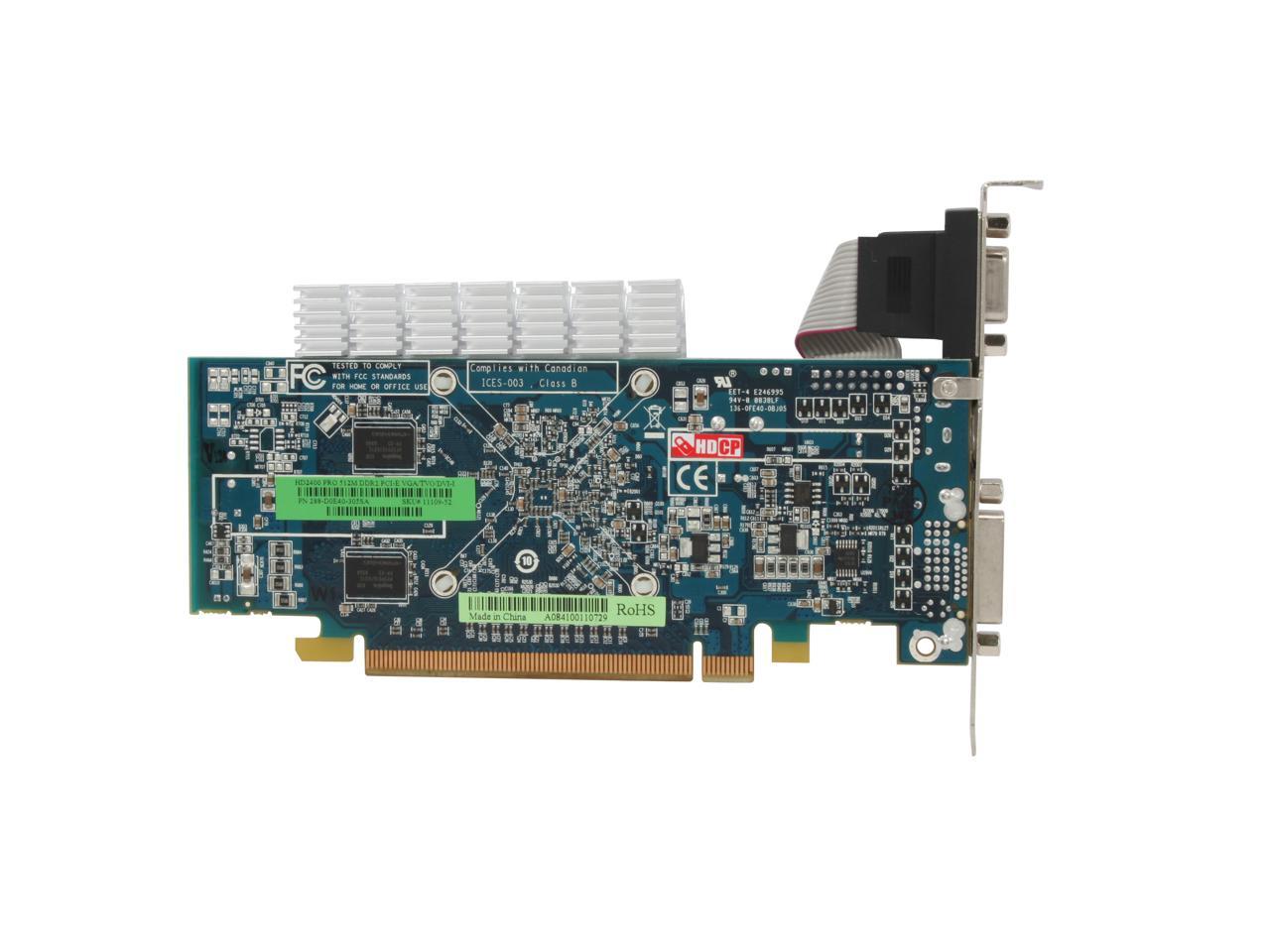 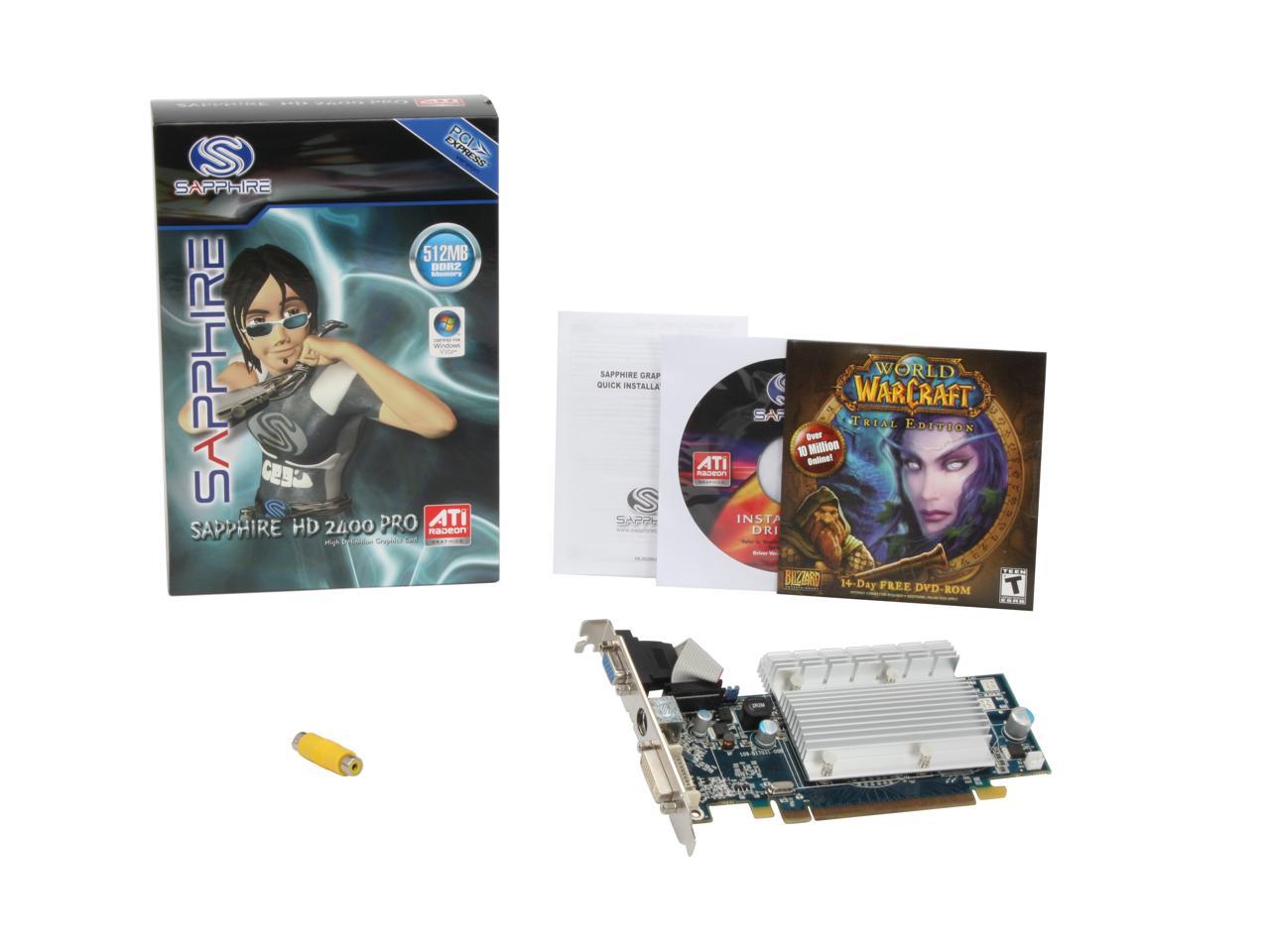 Pros: Easy Install, Does what it's supposed to do.

Cons: ATI's Catalyst control software is having some issues at times with my set-up

Overall Review: I installed this in under an hour on an E-Machines D-6419 2.5 gig of memory. I removed the old onboard graphics driver, used Driver sweeper to remove any old traces, dropped the card in, used the disc and was up an running in probably 45 minutes. Probably not for hard core gaming, but if you have older games like I do (Star Wars KOTOR 1 and 2 and LOTR BFME 1 and 2) I can now run these games on high with ZERO lag and the card stays nice and cool. Sometimes, the Catalyst Control center for whatever reason doesn't hold the custom color settings and I have to go and re-enable them again. Haven't tried overclocking yet, but for basic functions, you shouldn't need to.

Pros: Easy install, great performance for the money. Better than expected. Seems to handle any game I throw at it very well. Works fine in either PCI-E1 or PCI-E2 slots eventhough it is designed as an PCI-E2.

Cons: Occasionally it will start video anomallys while playing games. It's fairly rare but can be a nusence while being intensly deep in game play. Sometimes it will correct it's self other times I need to start the game over. .

Overall Review: Still I would recommend this card as a good choice for an inexpensive upgrade that does better than "get you by" till the big upgrade.

Cons: Passive heatsink so GPU gets hot. IDLE (before oc) is about 70C in a 22C Room.

Overall Review: Best bang for the buck. However, don't expect to play modern games, even with the amazing OC headroom.

Cons: Gets hotter than the blazes of hell, and all it's used for is internet and email, maybe the occasional video on youtube. The computer was running slower as i read more email.

Overall Review: I can only imagine what would happen if I tried to fire up wolfenstein 3D, the video card would probably melt through my motherboard.

Pros: installed this into my computer and it worked properly scored 3.5 aero and 3.8 game graphics in windwos vista after 10 minutes the heatsink was warm to the touch not hot

Pros: Never Overheated yet, even though it has no fan, Fast performance for normal computer gaming

Cons: Not for High performance gaming, like GTA IV (bought it with the video card)

Cons: Gets warmer than expected

Cons: No power what so ever if you want to play games. Can play old games but that is it (Halo on PC for example).