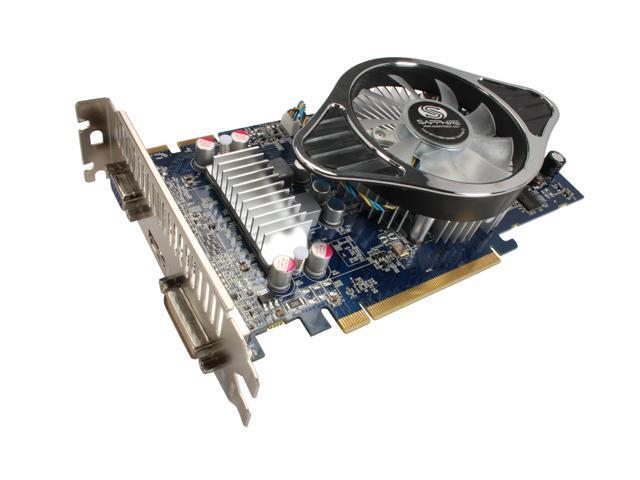 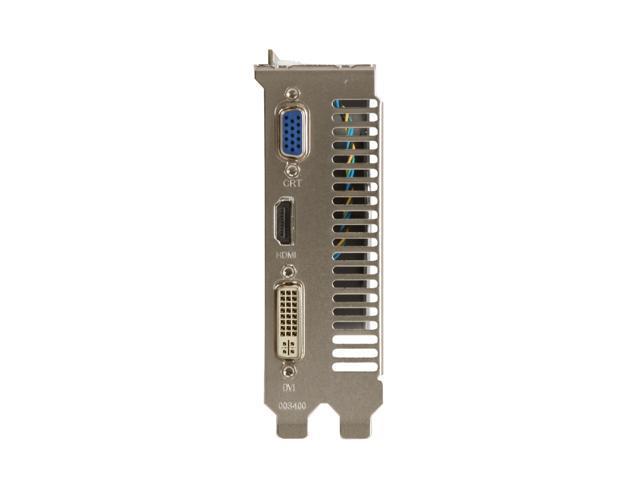 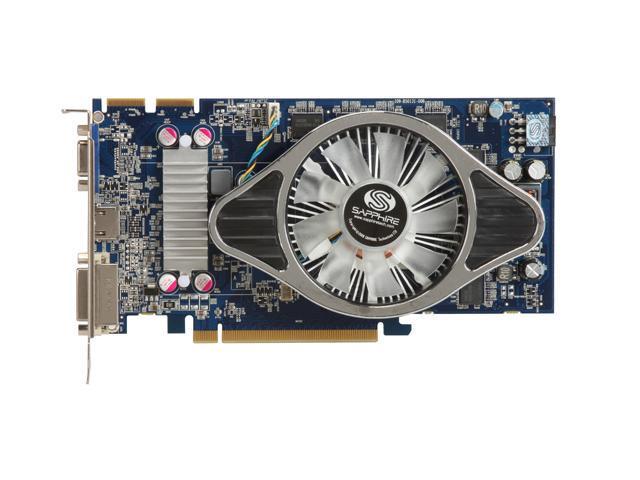 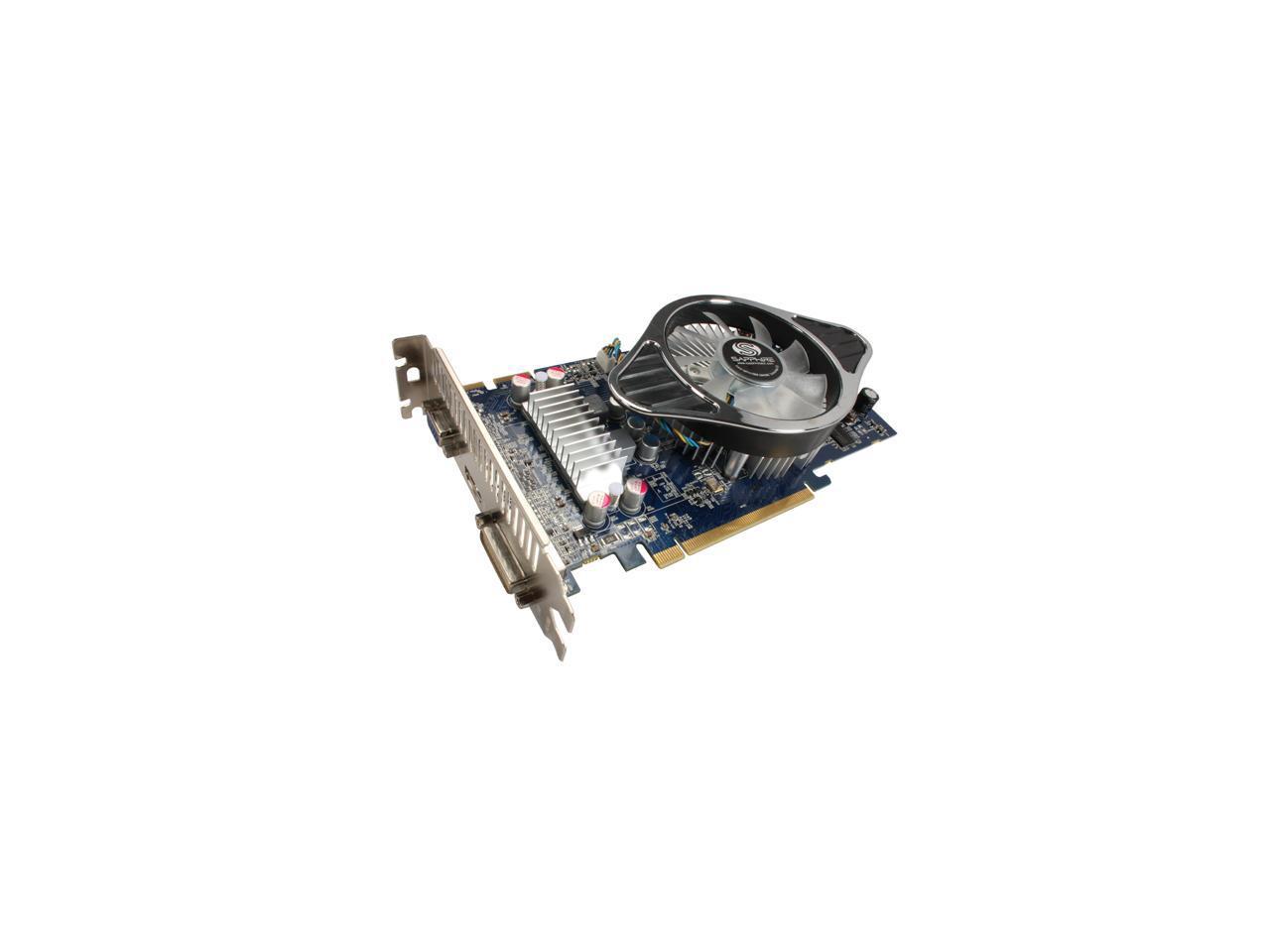 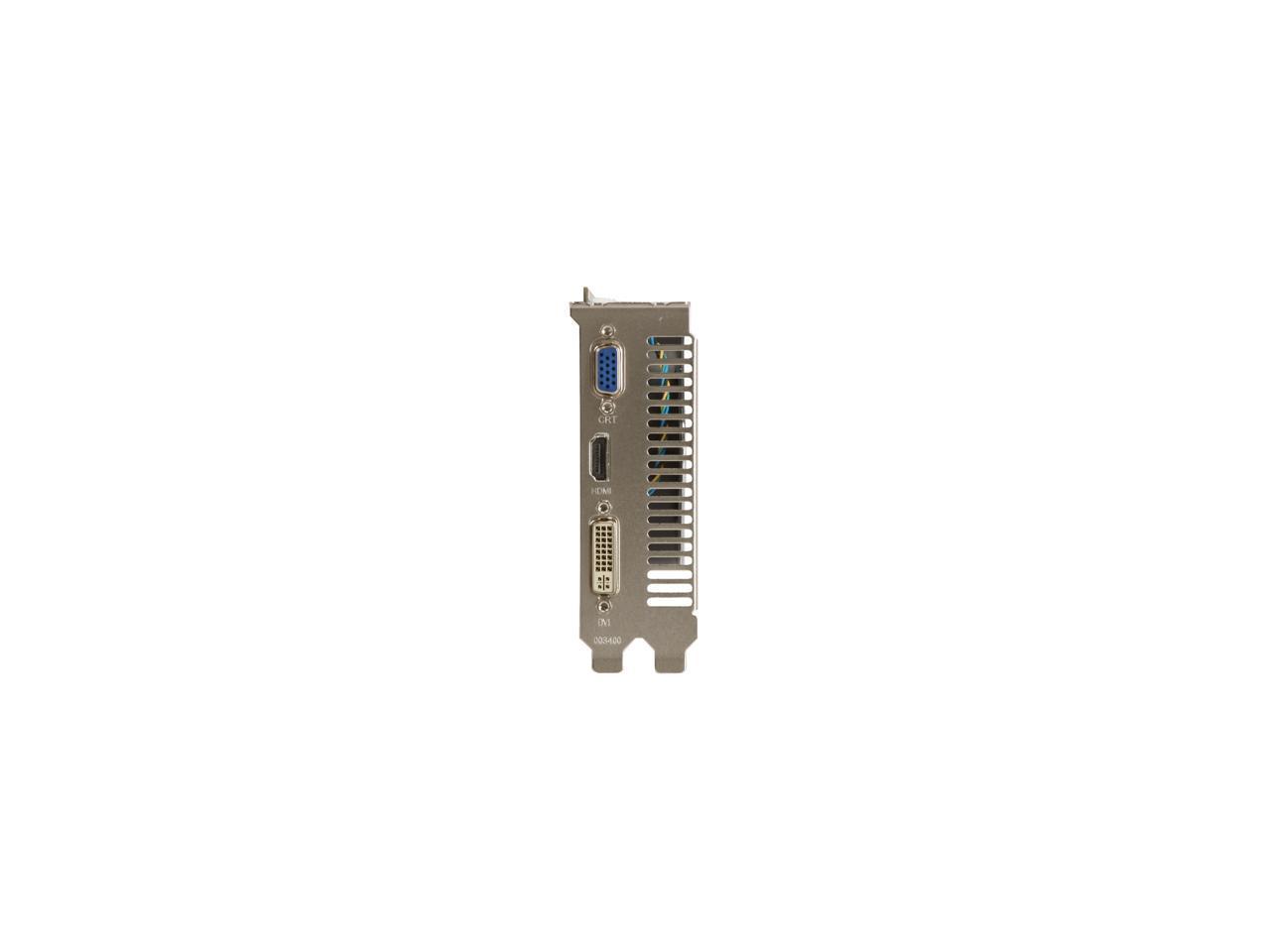 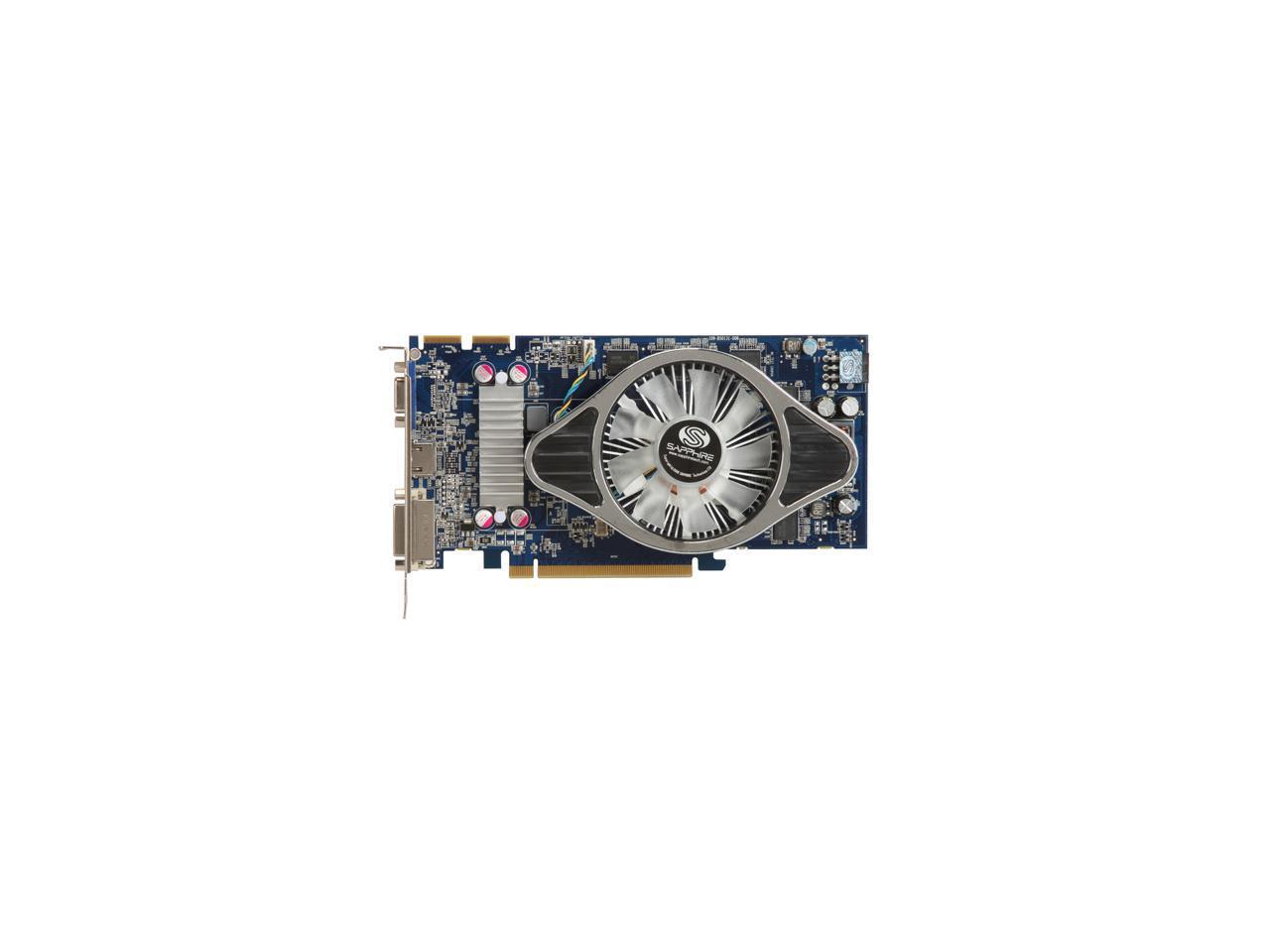 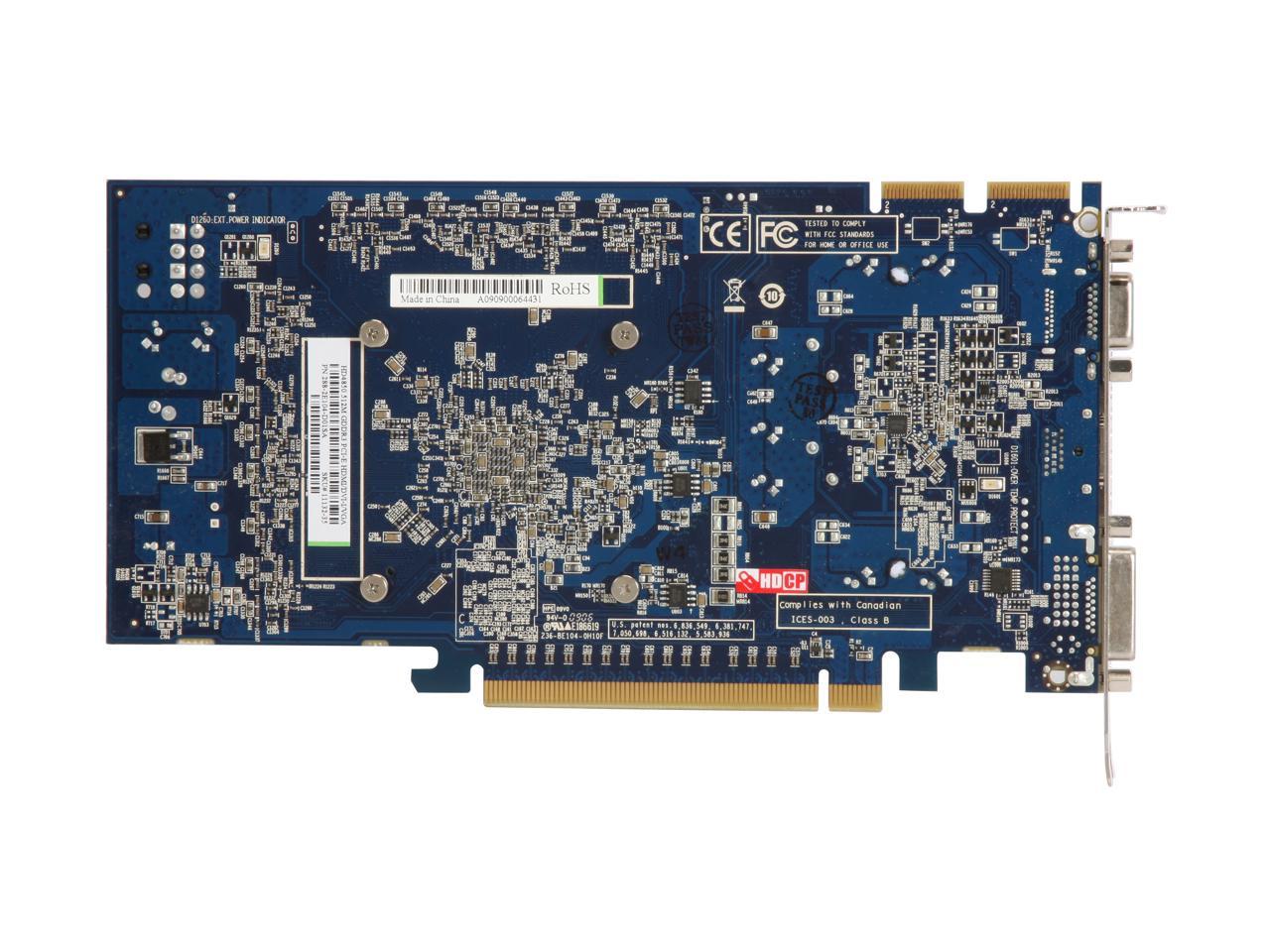 (237) Write a Review
OUT OF STOCK.
Specs
Reviews

Pros: I love this card for the price... I build Custom computers in the buisness i own... I was looking for a card that was reasonably priced but hard good features!!! I bought the first one on an e-blast special for a media center build for a friend... We were both very pleasantly surprised with its performance!! It scored a 7.3 rating in windows 7 for desktop and gaming performance with out any tweaking!!! I have a ASUS DK 4870 in my gaming rig and it only scored a 7.5... I am going to order another one of these cards just to play around with it in cross fire and will write another review once i have the test results!!!

Overall Review: I wish that people would "get" what these reviews are about... it helps consumers make a "informed" decision about the products that they buy... SO having said that you should not take off eggs because YOU dont know what you are doing and have to have help... you should only take off eggs or write a negative review if there is something wrong or deficient with the product... SO PLEASE make a review of the product and not YOUR technical skills!!!!

Pros: Runs wow@60-120fps on high settings(shader turned down), CrysisWh on gamer at 45fps and oblivion at 65 on high. Card runs cool, 35c idle and 50 during most games. During a stress test it topped out at 70c and stayed there. Gets a 6.5 in win7 experience index.

Overall Review: In retrospect I should have gotten a 1g 4870 to tide me over till the dx11 cards but this was one helluva an upgrade from my 8600gts and the price was dead on.

Pros: I usually go with Nvidia video cards but at this price, the performance of this card cannot be beat. Huge improvement over my 8600 GTS that I had before this, can run all my games at high settings. It is also pretty quiet.

Pros: These cards utilize the same GPU as 4870s, albeit at lower clocks. This card is powerful enough to run all of the latest games at decent FPS, and in Crossfire a pair will easily outperform a 4870 for around the same price as the 4870 1GB. This particular card does not run as cool as some pricier models that I have worked with, but it still runs cooler than my 3850 and overclocks well to boot. The drivers for the 48xx series are quite mature, which is a major benefit when dealing with ATI/AMD cards.

Cons: None really. It performs as a mid-high end card, and scales well in crossfire. If I had been expecting a 4870, I would have been disappointed, but I knew very well what I was getting. If you have the extra cash, the 4870 1 GB or GTX 260 core 216 are a better choice overall. The 4770 might be better choice for crossfire or overclocking, but it really hasn't been out long enough to make that judgment.

Overall Review: The 4850 is outperformed by the 9800GTX+/GTS 250 in some games, while being ahead in others. This matters very little in the real world, as both cards perform very well in all current titles. Even when clocked up to the level of the 4870, this card is still behind the 4870 and GTX 260 by 20% or more. Considering the 4870's GRDDR5 vs. the 260 216's GDDR3, the GTX 200 series definitely demonstrates superior GPU architecture. This isn't really applicable to this card though, as its actual price/performance competitors are the GTS 250/9800/8800. If you game at anything higher than 1680 x 1050, you will need to get the 1GB version of this card, unless you plan to run these in crossfire.

Cons: didn't get 2, must power with power supply extension, who cares at this cost right. there are no cons. LOL

Overall Review: This is a great video card with an excellent performance rating from top sites like Toms hardware. This was an easy install once I disabled the IGP. I have a Gigabyte MA790g9-UD4H MOBO, and I down loaded the new Windows 7 RC Catalyst to run the IGP. When I installed this card I din't need to change any drivers. I didn't load any of the drivers from the original box because I have winows 7 RC, and I had already down loaded the Catalyst for the MOBO. I installed this without a glitch in less than 10 minutes. ATI catalyst recognized my dual monitors VK266H in HDMI, and X233H DVI ports, and the adapter is recognized in device manager bywindows 7RC with no issues so far.

Pros: It's a 4850. Those buying their own video cards know the reputation of a 4850 and the good value it offers. Also very nice to have an integrated hdmi and vga port. That way no adapters are needed for any kind of monitor. Not many people need dual dvi ports for dual screens anyways. Also, it's shorter than regular 4850's so it will fit in smaller cases.

Cons: Fan gets slightly whiny when under load, but its tolerable.

Overall Review: Bought this card to crossfire with a previous 4850 I got. I was a bit skeptic to buy this card at first without any reviews even though it'd been on newegg for a few weeks already. Temperatures are about 37C idle, 50C load, but then again my antec 900 provides generous cooling.

Pros: Great price/performance ratio. Very fast and the fan seems to whisper compared to my cpu fan. Super quiet. 7X faster than my old Radeon X700 that died 1 year ago and costs almost the same.

Cons: The heatsink/fan hovers over the PCIe x1 slot and almost reaches the PCI slot, but which card doesn't these days? I wish I had gotten it sooner.

Overall Review: Have it connected to a 37 inch HDTV via HDMI and 600W surround receiver. The Blu-ray drive I bought with the card together with all the gaming will keep me entertained for a good while.

Pros: Best card in the $100 price range right now, hands down. For someone playing at medium resolution (1280x1024), it's a great card for games such as TF2, Left 4 Dead, Fallout 3, BioShock and Modern Warfare 2. I was able to keep all of the special effects on, in addition to 'extra high' Textures in MW2 and maintain a steady 60FPS.

Cons: The card was DOA the first time; RMA took about 12 days, which I will guess is average. Sapphire loses an egg for the DOA card though.

Overall Review: When I got the second 4850, I installed it in the mobo as soon as I got it giddy like a child on Christmas morning. It didn't POST. I started going crazy until I opened up the case and noticed I forgot to plug in the 6-pin power connector in my haste. Plugged it in and it was butter from there. Gaming build: AMD x3 425 2.7GHz Triple-Core Sapphire HD 4850 WD 500GB Centurion 534+ CM 500w Corsair 2GB DDR3 1333 GIGABYTE GA-MA770T-UD3P AM3 Motherboard