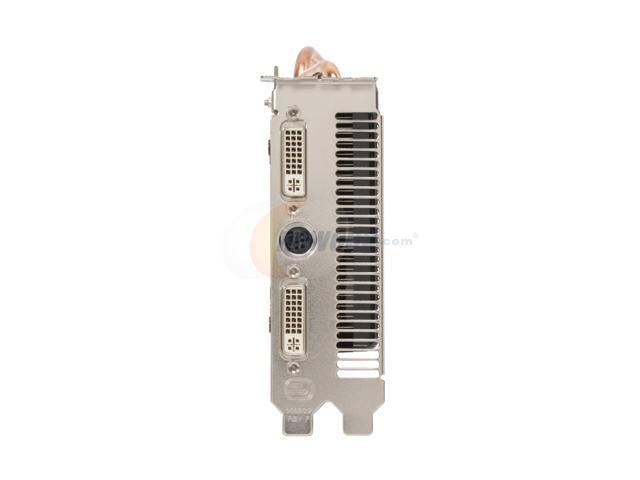 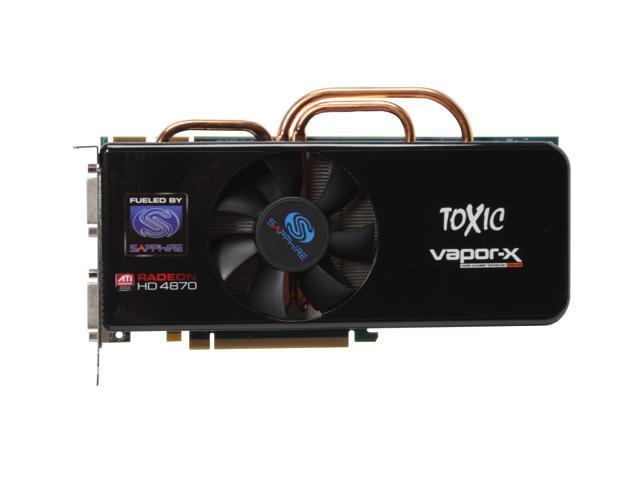 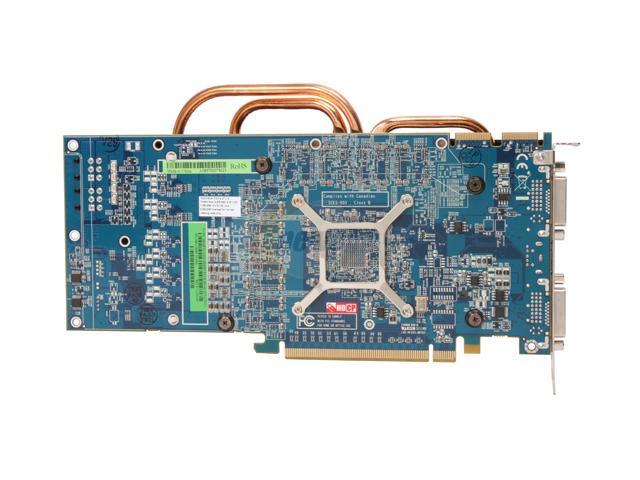 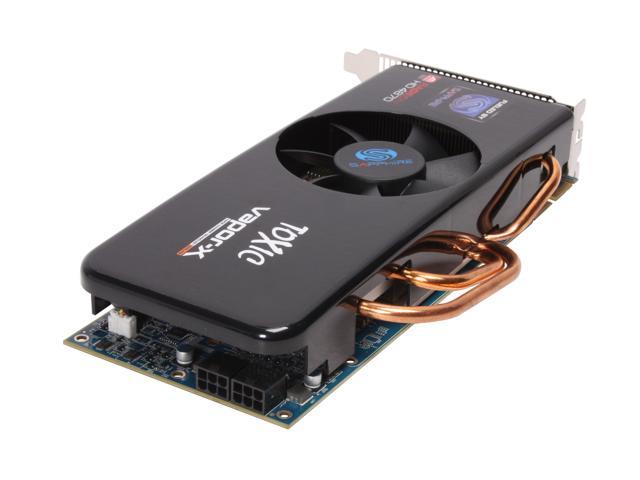 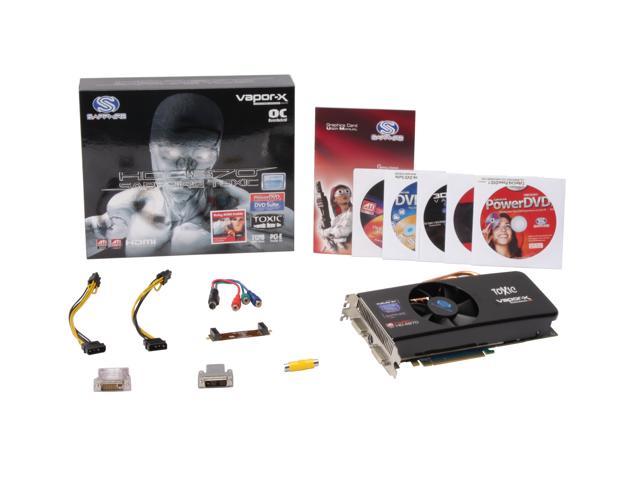 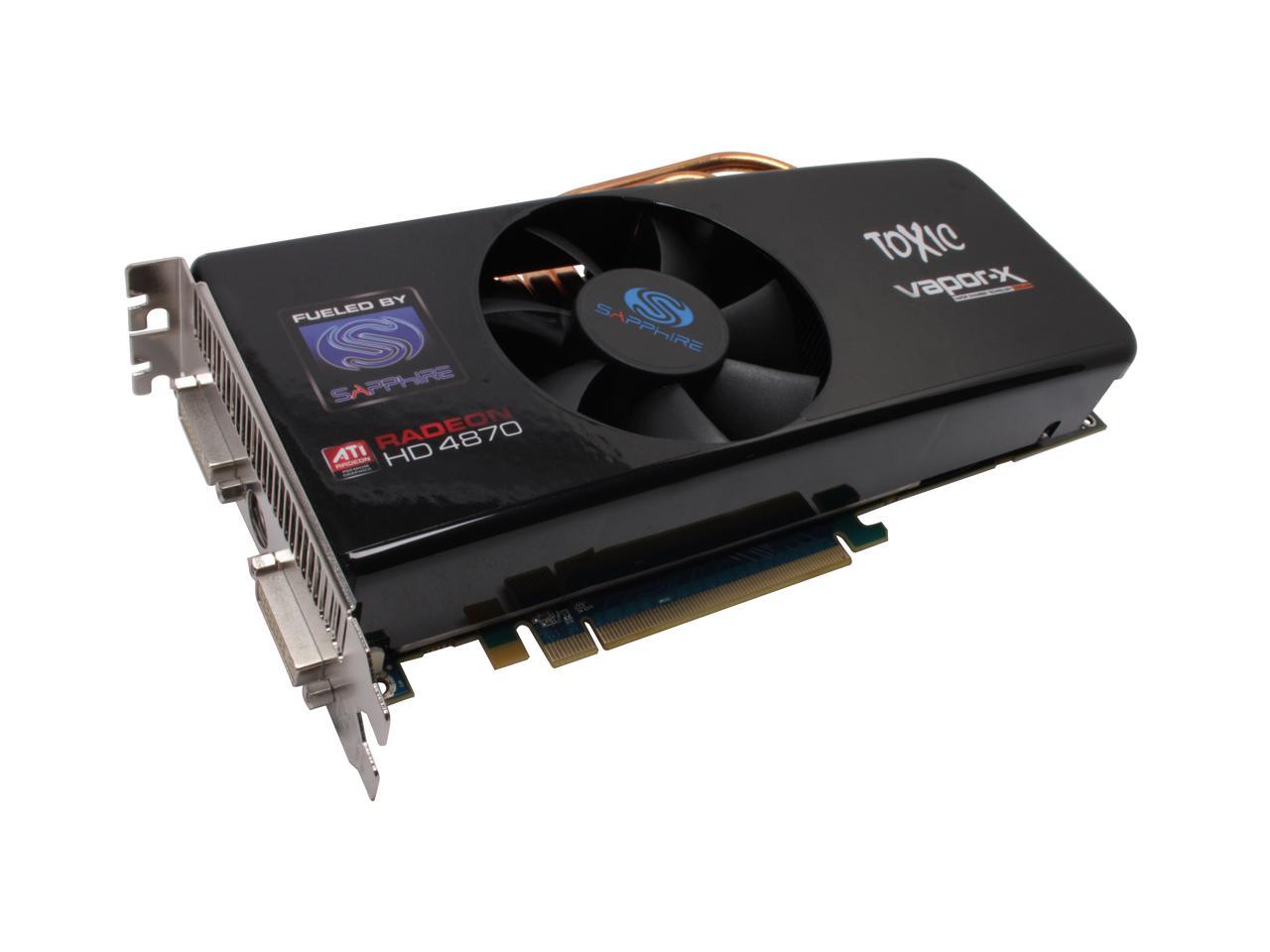 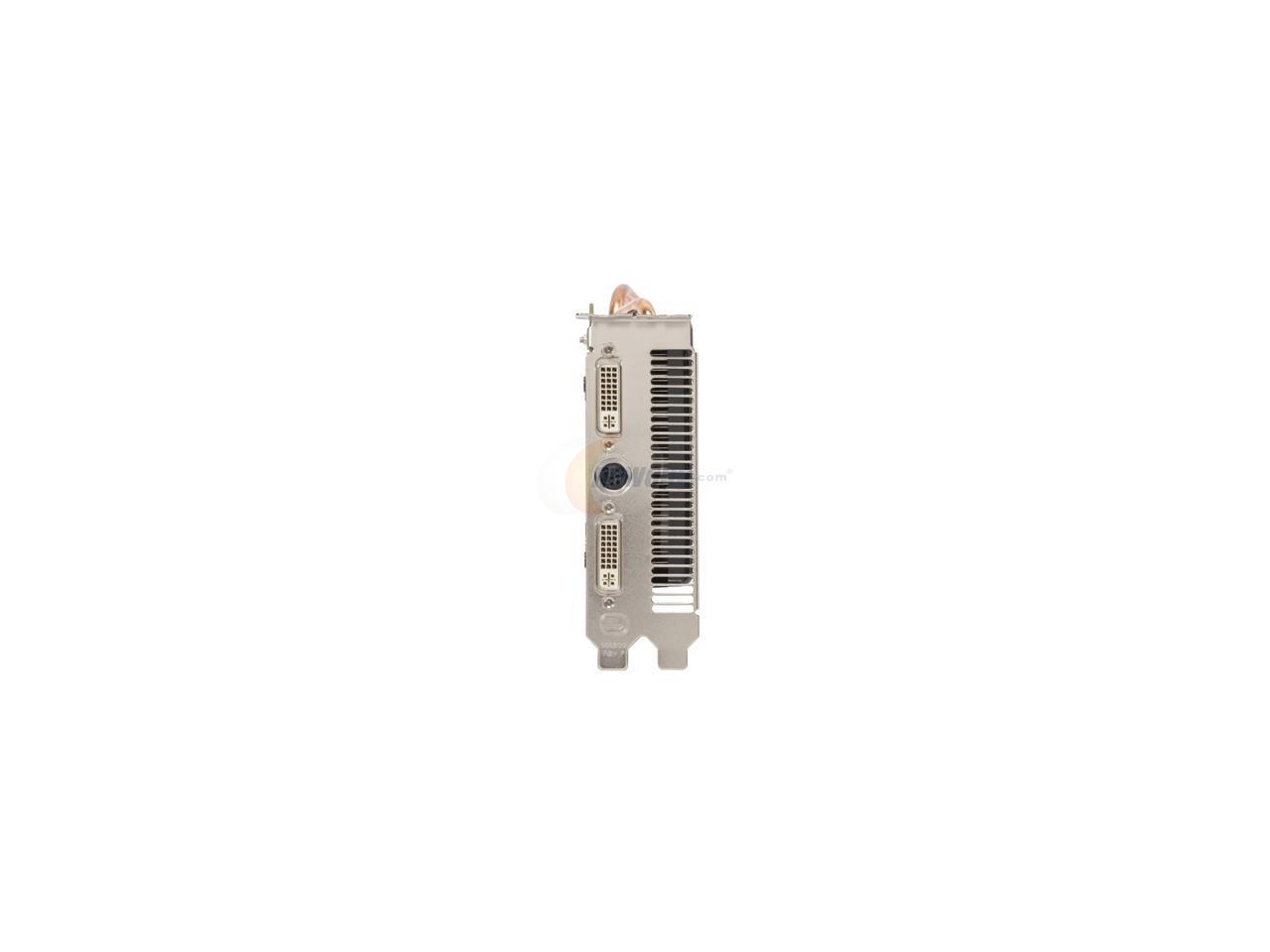 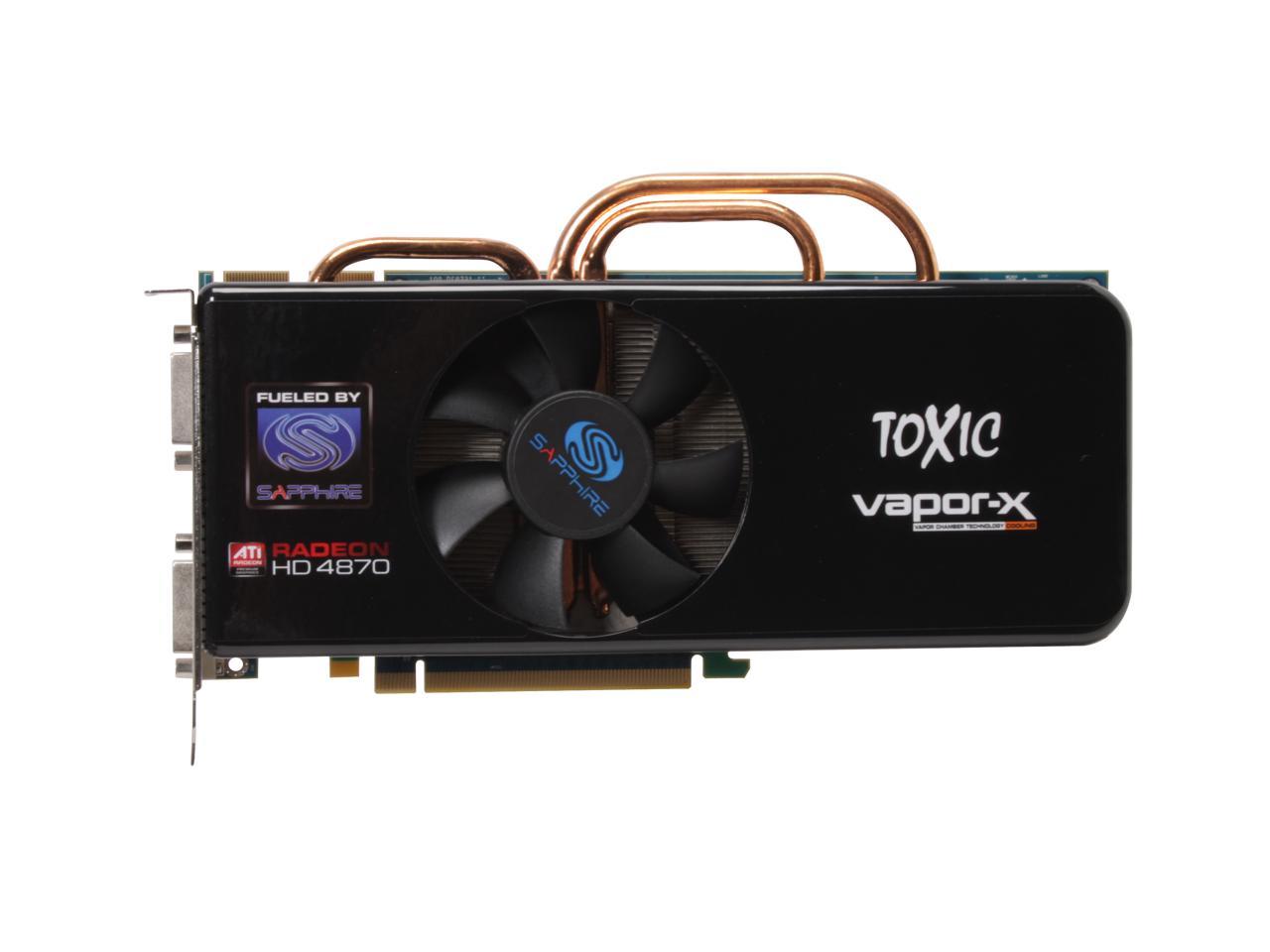 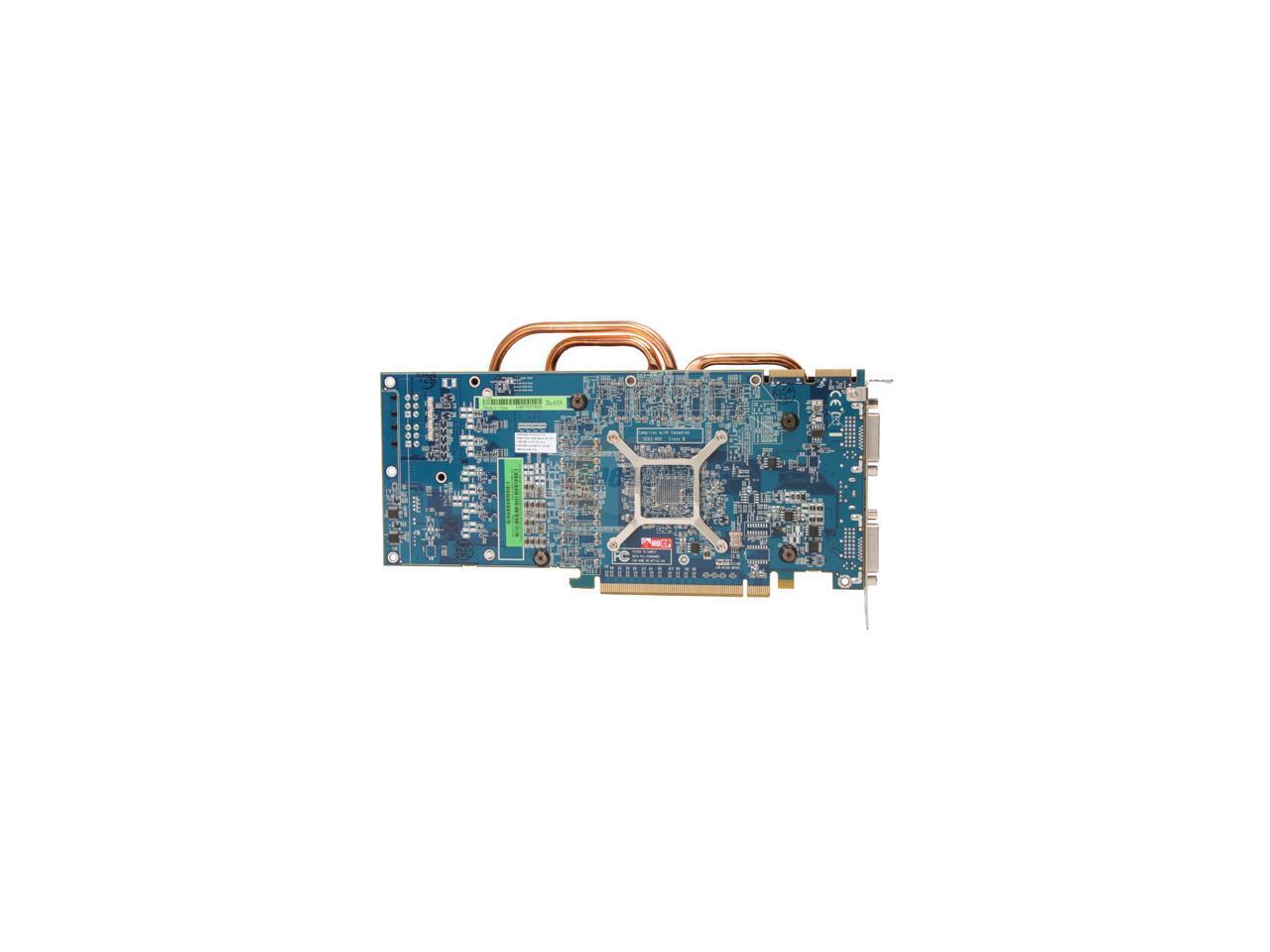 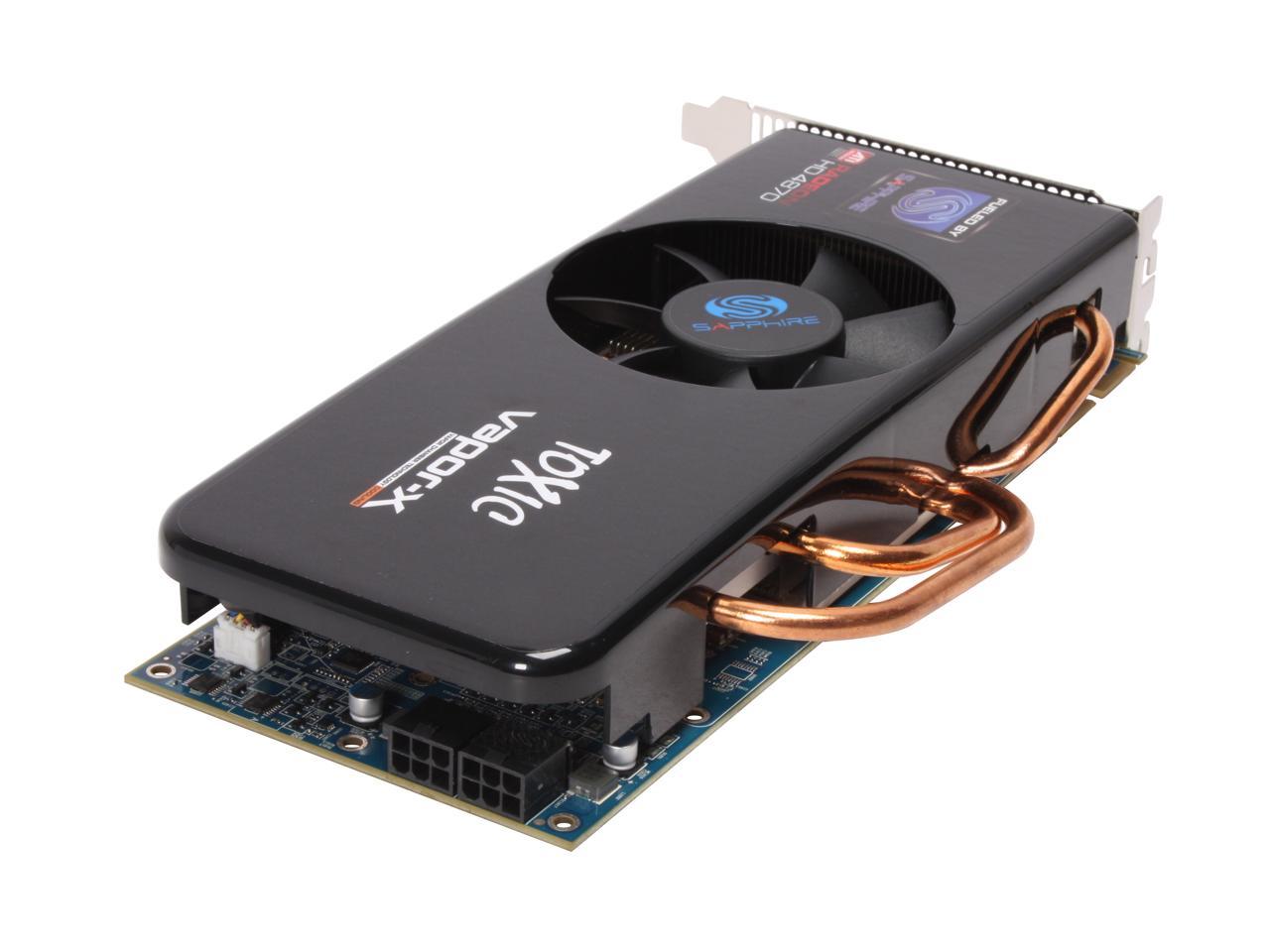 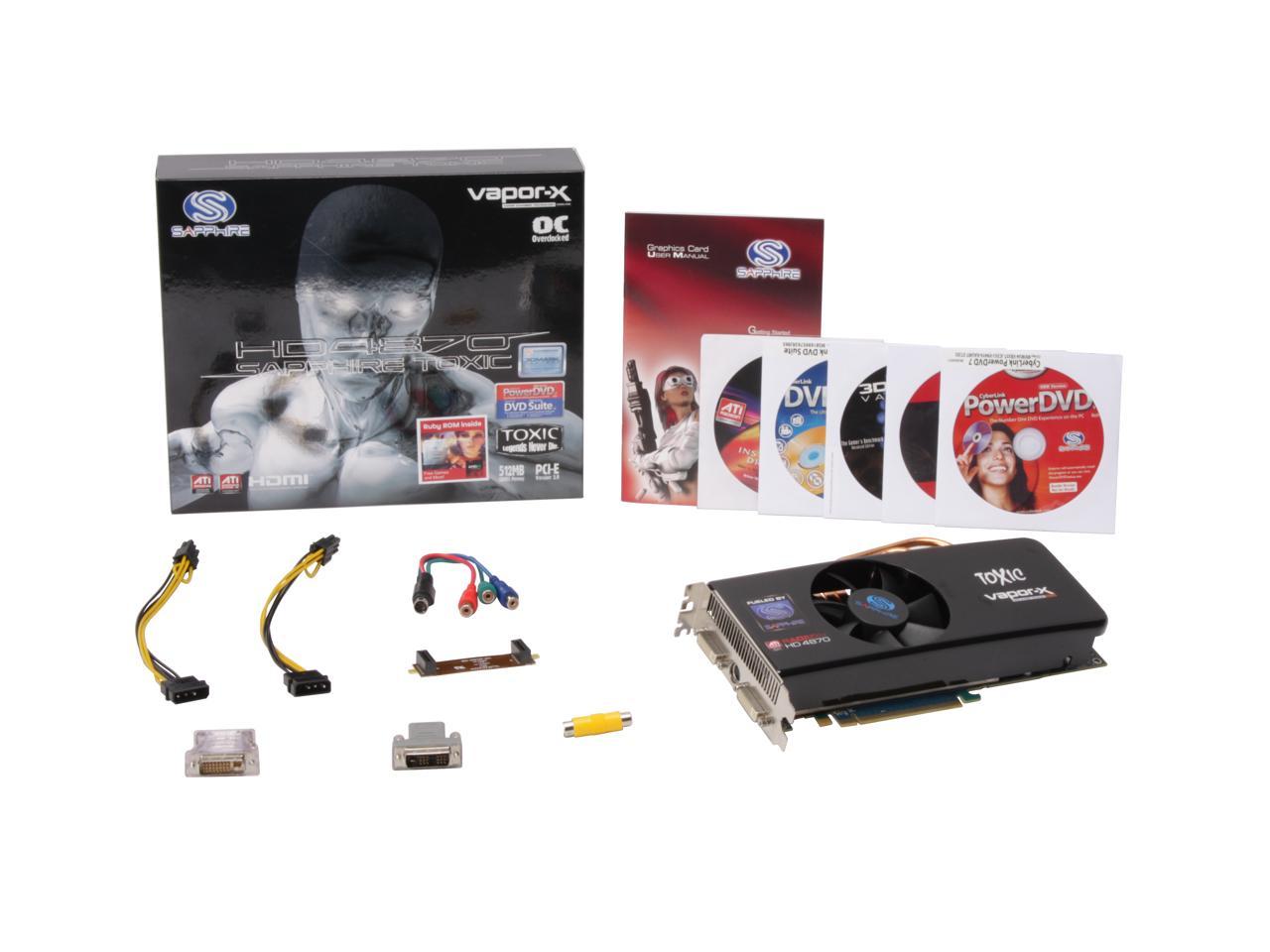 Pros: Very overclocking friendly, power efficient, built in vapor-x cooler is even better than before. Its been a long wait, but its finally here! Im glad I held out for the Toxic. Way to go Sapphire!! ATI is back on top!

Overall Review: cant wait till prices go down so I can crossfire these bad boyz. Ownage!!!!!

Cons: The build quality and attention to detail is, in my opinion, disappointing given Sapphire's reputation and the Toxic 4870's accolades online. The card ramps to very high volume on boot and, as another reviewer mentioned, has a terribly annoying automatic fan control. The fan is constantly revving up and slowing down at the slightest change in temperature or activity and is audible over an already loud system. So, the BIOS was flashed with a custom temperature vs fan speed look-up-table, keeping the fan at it's lowest setting (25%) until it hits 65C. At the same time, fixing the loud boot. This helped immensely, but isn't something that I should have had to do on a company's flagship product. My real gripe, however is that the fan randomly emits a rattling noise at most speeds. With a relatively small overclock (780/1000), the real value of the card to me was the advanced cooling system.

Overall Review: The card is definitely a solid performer and keeps itself cool, but for the price, the Toxic name, and the months I spent waiting for its release, I would have liked a more silent and well-built product.

Pros: This card stays COOL! I have heard a lot of people talk about the 4870 series having heat problems but this card was dramatically cooler than my 8800 GTS 512 (G92) and older 8800 GTX. With the older cards my case would get almost too hot to touch (Lian-Li PC-V1100) on top, but with this card, my case is cool to the touch. From what I can tell, the GPU stays remarkably cool during idle and load despite having a relatively small fan and heatsink. This card is also fast. Because it is so cool, I expect a great deal of overclocking headroom.

Cons: Noise. This card, although it can dissipate heat very well, runs rather loud. I have a recording studio and quiet components are a requirement. This card, in idle mode is much louder than the 8800 GTS and the 8800 GTX. However, during load, it isn’t that bad. It is perhaps slightly quieter than the 8800 GTX (stock) but still louder than the 8800 GTS G92. But it isn’t just the raw volume, the fan speed is CONSTANTLY CHANGING. As you are idling the card and you move windows around, click the start menu, and browse the internet (XP Pro), the fan speed alters very slightly. This makes one very aware of the fan’s presence. Additionally, the fan emits a rather peculiar resonating sound even when running on its lowest setting. Even after manually setting the fan to 20% the noise was still perceivable over 9 HDDs and several 120mm fans (Scythe S-Flex E)

Overall Review: This card is a pretty sweet deal if you want a high-performance and cool-running GPU. Sapphire should make this technology for the 4870 x2. They would make a killing. Although this card is great, I chose do modify my slower and older 8800 GTS with the Arctic Cooling Accelero S1 R2 cooler and 2x 120mm Nexus case fans. This dropped my 8800 GTS temps while giving me a very quiet GPU.

Pros: Runs great! Very cool. Easy to install, looks like a million bucks if you have a window. Can we hear it for real copper tubes? Nickel and chrome on the other Sapphire (and other brands) models are a big turn-off to me. Copper performs noticeably better and this card has a MUCH bigger radiator compared to most models. Go look at the MSI and ASUS models; they have 4 tubes (MSI has copper, ASUS does NOT) but the actual radiator on those models has shorter dimensions (length and width) compare it to the size of the board and transistors. The sapphire toxic has beefy copper pipes and a radiator that covers most of the surface of the board (almost all the way to the back edge, and all the way to both sides) I overclock mine to 850mhz (core) and 1150mhz (memory) and it stays less than 58* (my old 4850 would hit 94*) the whole time. It can only clock this high due to the efficient cooling mechanism, which I locked at 40% speed (stock was 28% speed)

Cons: None, it is a great card, great price if you can wait for the rebate, and it destroys modern games if your system is put together well.

Overall Review: The 1Gb was a lot more expensive when I bought ($40) so I skipped on it. I don't regret it, in a year or two when games need more texture memory I'll be rocking a 4870x2 2Gb (they'll be $180 just like I paid for this) so I don't really think it matters too much. I've also heard the 1Gb models don't overclock as well (dual density ram gets hotter) but who knows, the 512mb does it for now. If you plan on keeping it for more than a year or two, you might want the 1Gb if you have the extra dough.

Pros: Awesome looking card, 4870 architecture, very fast, pre-overclocked at 780MHz core and 4000MHz ram, idle temp: 45C; load temp: 58C (after overclocking to 810MHz core and 4400MHz ram) - amazing compared to standard 4870, also unlike on some Palit cards, this cooler's heatsink touches memory, so you can overclock sleeping safe that your ram won't burn. The bundle is great, including Power DVD 6ch version, RubyROM 1.1, 3DMark Vantage Advanced Edition and PowerDVD DVD creation bundle - the best bundle of all other graphics cards, really. Ohh and it plays all games I threw at it except Crysis and there I'm limited by my Athlon X2 dual core proc.

Cons: Only 512MB ram, at maximum load fan is somewhat loud. Not much else.

Overall Review: The cooling heat pipes are exposed, so if you have a side fan, this will decrease temperatures and therefore noise this card makes. With open case this card was doing 60C temp and 3070RPM on fan, which is kinda loud (not as loud as 3870 stock dual slot cooler on 100% though). Card has enough clearance in most pc cases to have a side fan installed, so I put in a Noctua NF-P12-1300 fan, and temp are now 58C and 2930RPM fan, which is less loud than before. In gaming louder fan is not a problem, since you have audio on, which is easily drowning the fan noise. IN GPGPU applications may be a problem, since becomes loud and there is no audio from speakers. I do both and find it acceptable either way. If you want, you can flash bios to fix fan speed at it's lowest, but your temperatures will go up. At 58C on core at full load it's the coolest 4870 card.

Pros: Yeah, it's fast. I upgraded from a 7900GS, and there is no comparison. The Toxic cooler is one of the best on the market, and this card has never seen 65c even when OC'd to 820/1100. Speaking of OC, this one has it from the factory.

Cons: The Toxic cooler IS NOT QUIET! Don't get me wrong, it is a great cooler. It's just that the people claiming it is quiet must live next to an airport or something. Also, you can use these cards to replace a weak central heat unit, as they do crank out the heat. When gaming, you can almost blister your finger by getting it close to one of the heatpipes.

Overall Review: This is a great card, and well worth the price. I just wish people would have been more honest about the noise.

Pros: This thing rocks !! GTA 4 runs constantly over 60 fps on a Core i7 920. Excellent cooling and little noise.

Cons: A little long and bulky, so do not get a small case.

Overall Review: I might get a second one of these for a SLI combo. Make sure your Power Supply (and motherboards) supports crossfire. It has adapters for CRT monitors as well as extra power cords.

Cons: None I'm wondering how well these would work in a CrossFire setup.

Overall Review: I upgraded from an ATI X700 card. In COD4 I went from about 10FPS (and the occasional bottoming out at 4FPS) to about 100FPS and I have seen it as high as 180FPS and yes it goes above 100 if you change the max setting in COD4. I did some testing using GPU-Z with the following results as far as temperatures. STARTUP 47deg fan at 29% IDLE for 30 minutes after startup 48deg fan runs at 20% 1922RPM 30minutes of playing COD4 57deg 45%fan (even at 45% it was pretty quiet) 2300RPM 20 minutes after playing COD4 49deg fan was back to 49% I didn't check our room temperature but it is about 75 or 80 in our bonus room where I have my computer. You don't really need more than 512MB But if there is a 1GB card for only $20 more might as well get it because it will probably help if you are running Vista or the new Windows 7. I am running this card in XP Pro with SP3 It also seems to work in Windows 7 though I have not tested it with games.