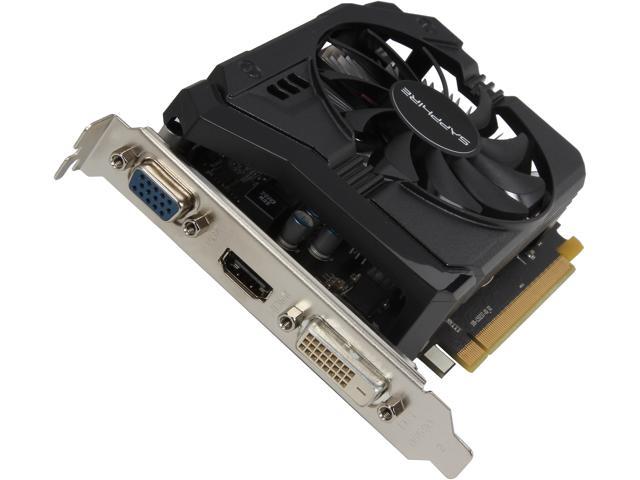 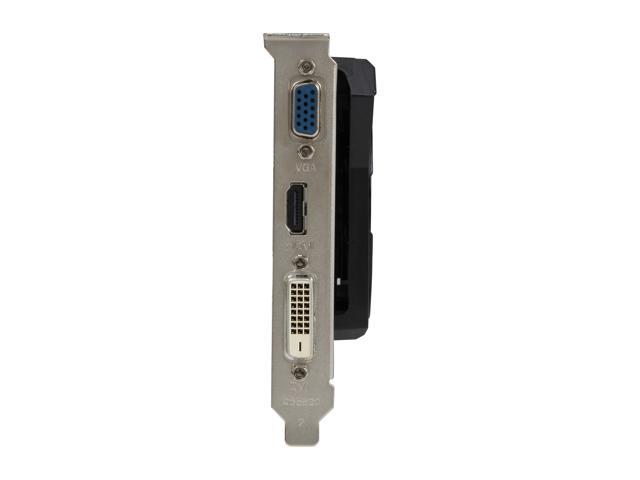 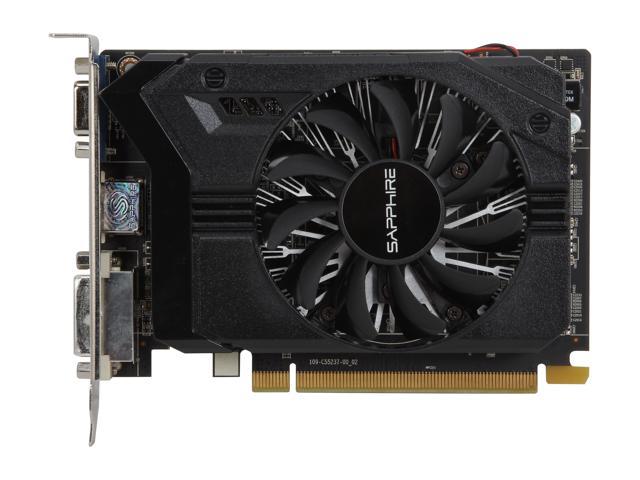 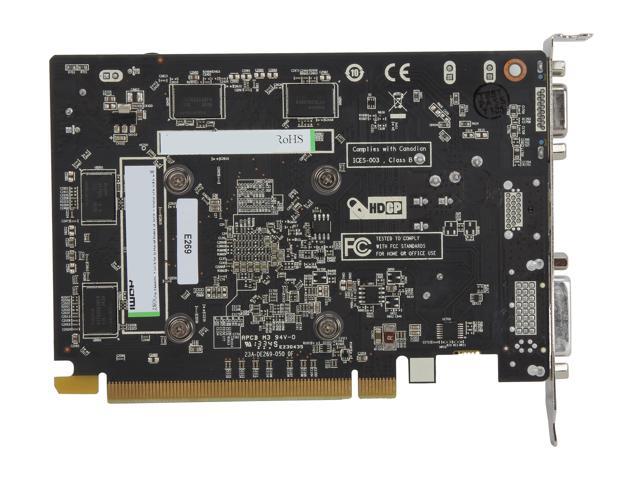 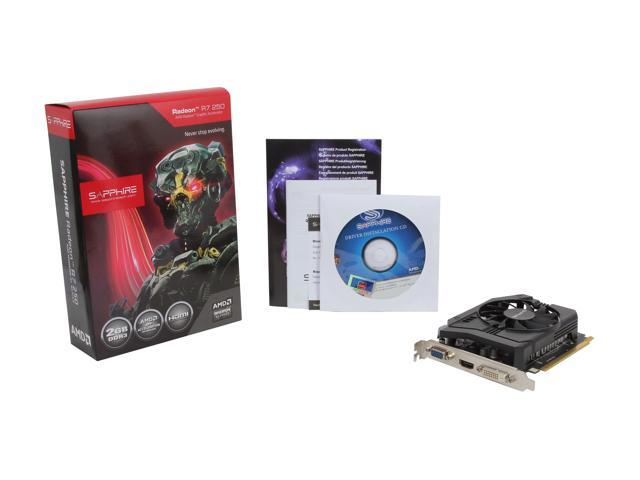 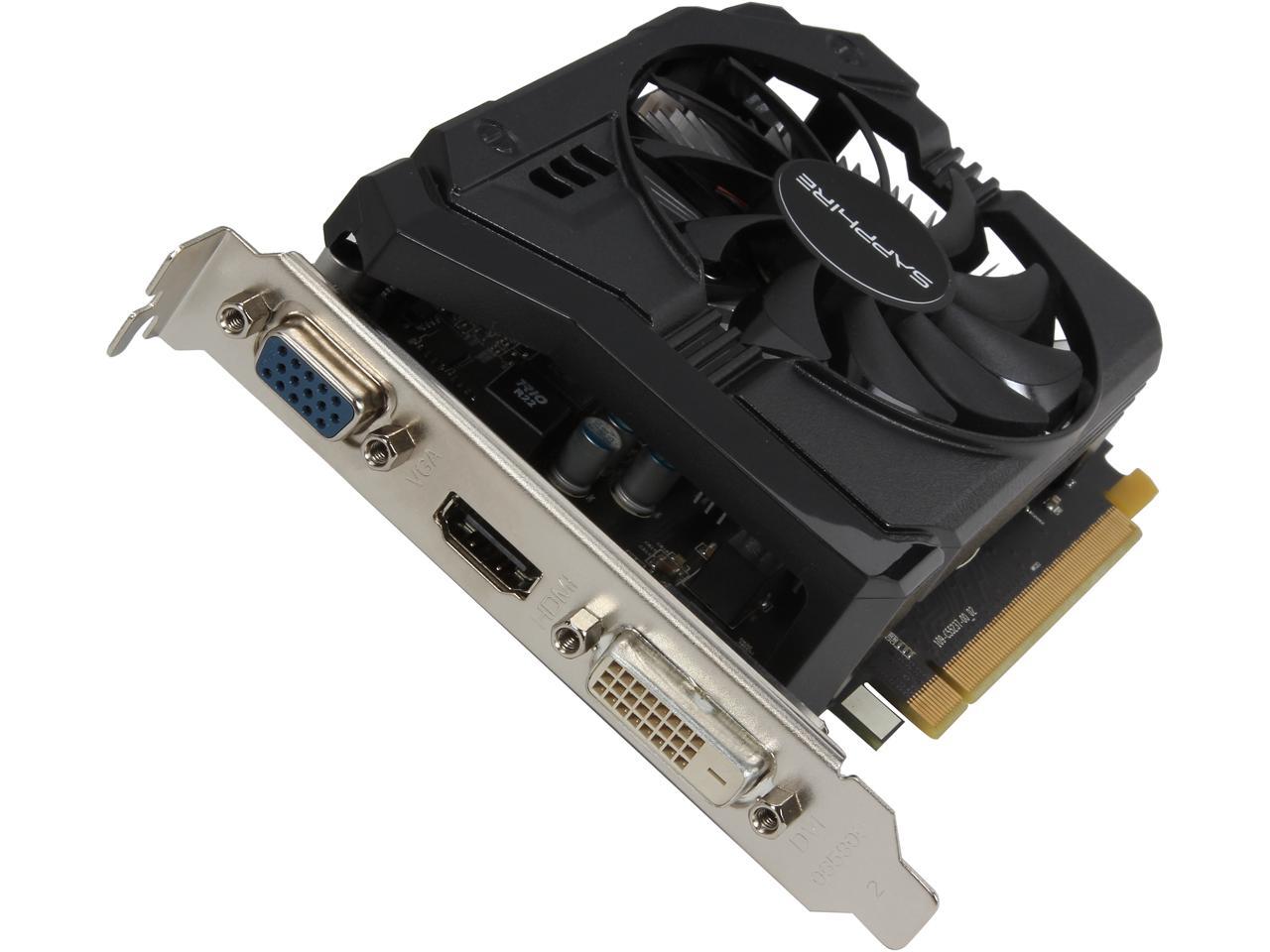 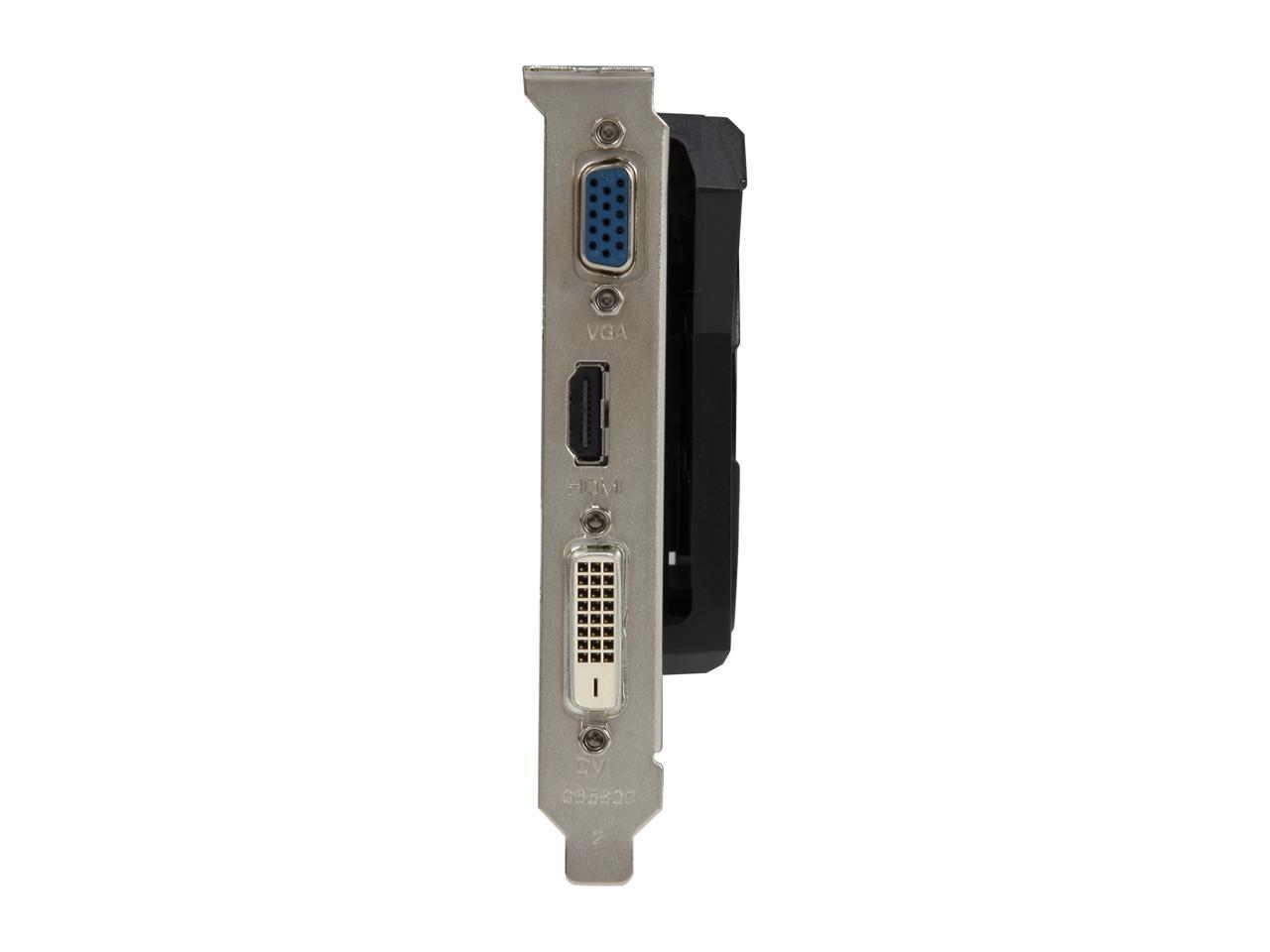 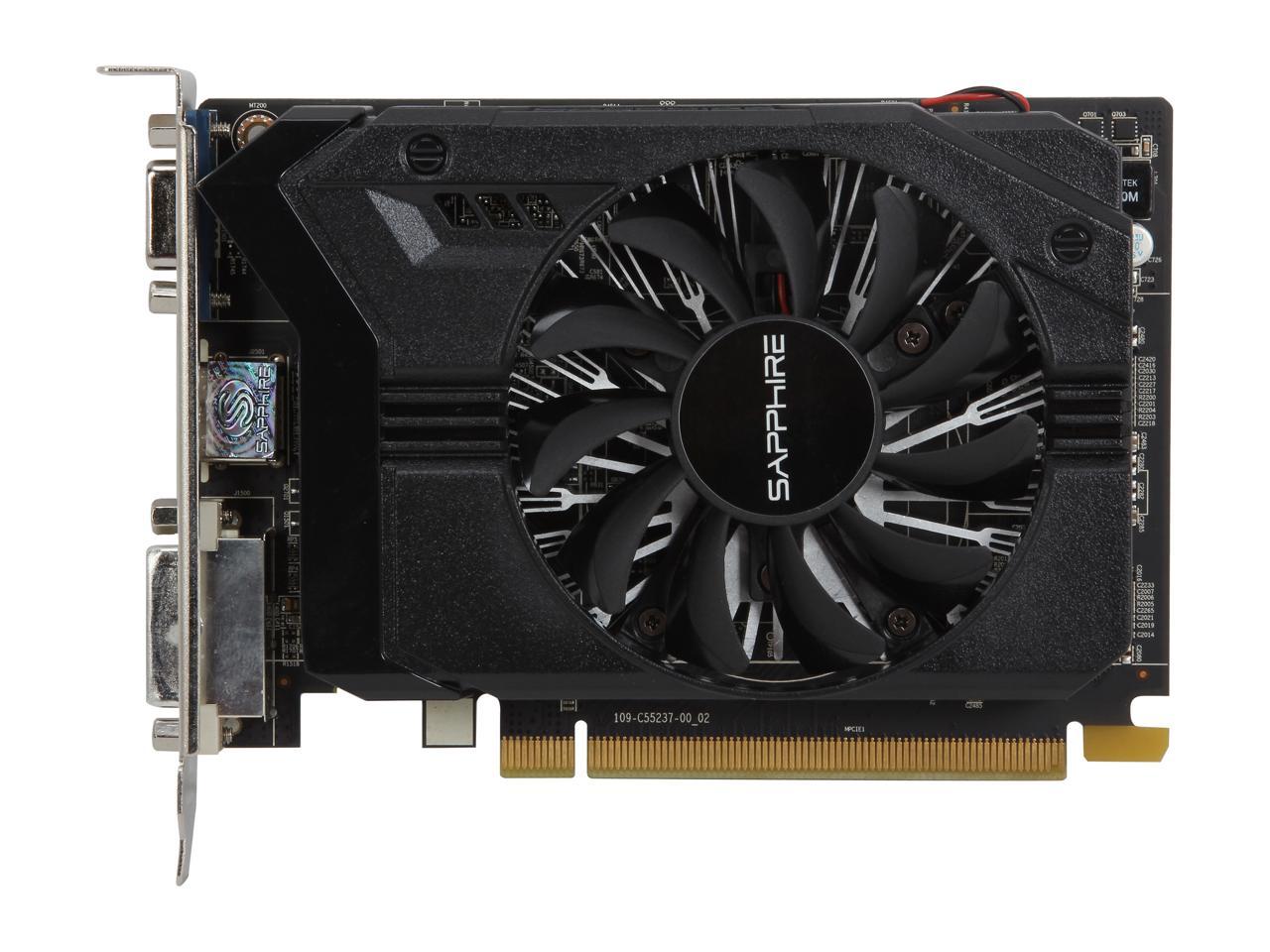 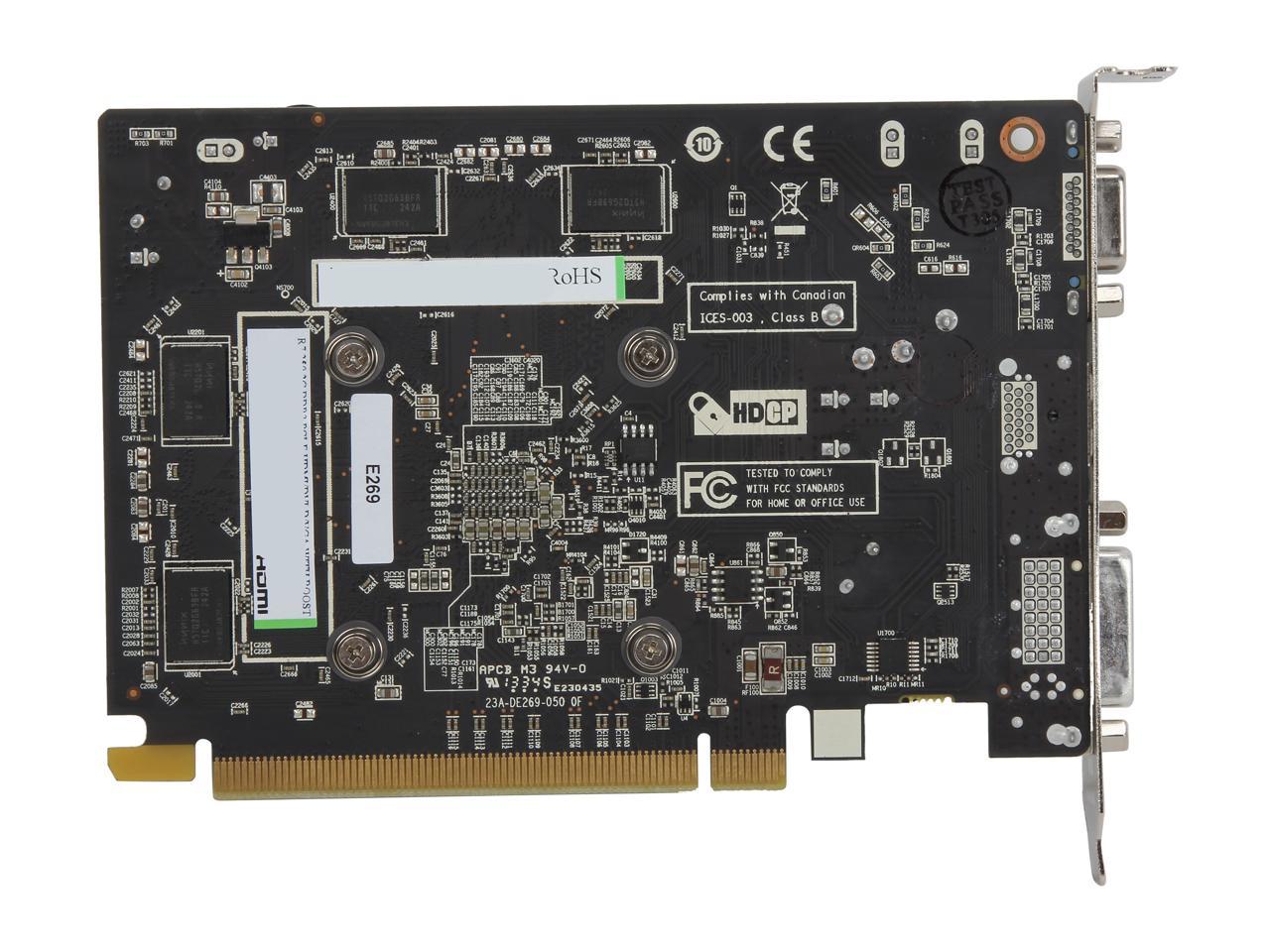 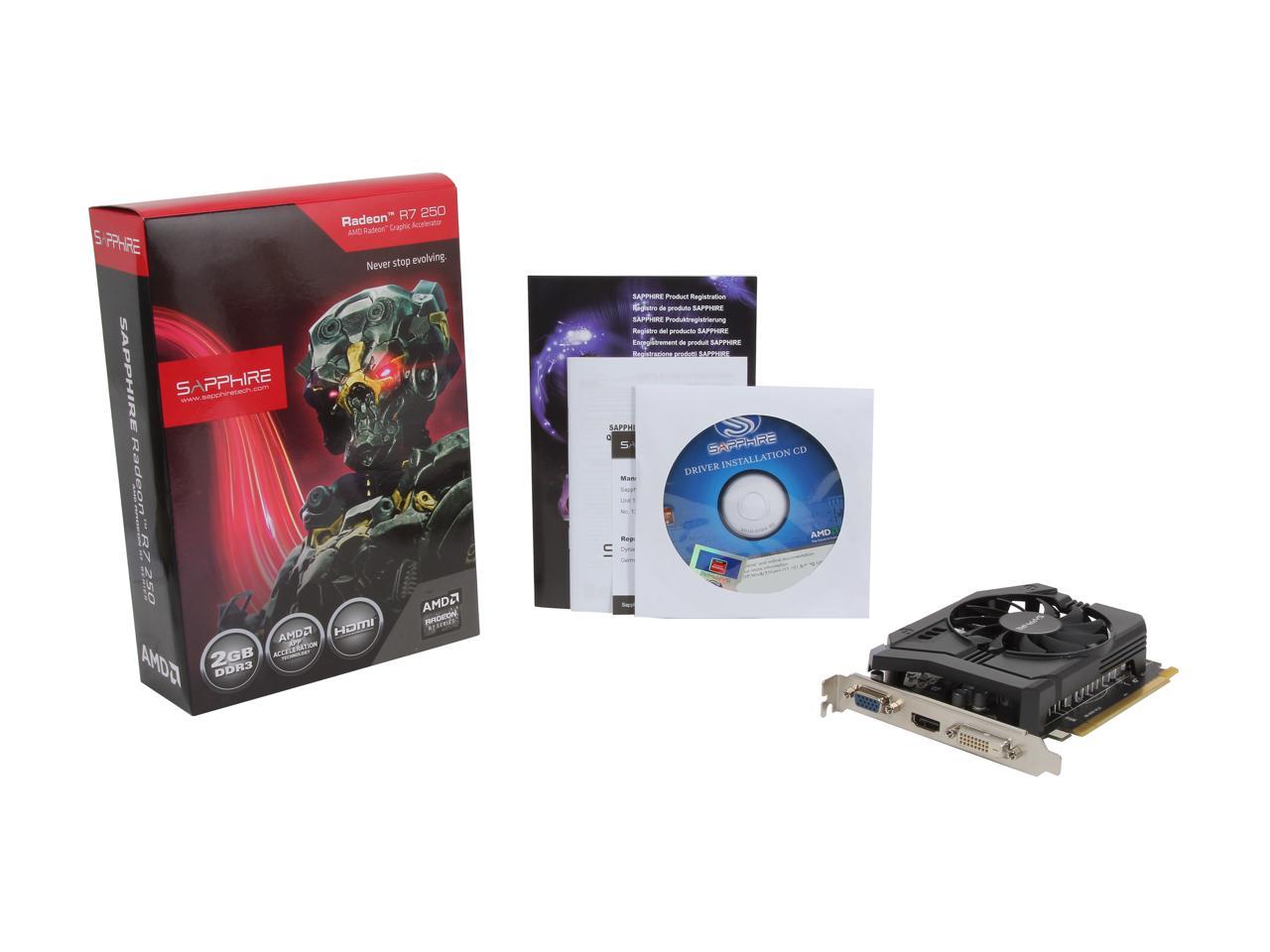 The Sapphire 100368-2GL Radeon R7 250 is powered by an AMD Radeon R7 250 GPU, the latest AMD graphics technology that delivers evolved performance and power consumption at a budget-friendly price. The Radeon R7 250 is based on AMD generation 28nm GCN architecture, and comes with support for DirectX 11.2 for improved graphics in the hottest games. AMD App Acceleration boosts your everyday applications, such as surfing, video editing, format conversion, and even Windows 7/8 operation. And with VGA/DVI/HDMI connectors, you can build multi-monitor environments for enhanced viewing and productivity.

Overall Review: Marcelo, the AMD drivers don't officially support Vista as it's one of the least used Windows OSes and doesn't make financial sense for AMD to upkeep a driver for it.

Cons: None for what it does.

Overall Review: If you want a cheap, reliable and fast GPU get this card.

Pros: This is a very capable little card. I was able to play just about every game I threw at it, including Battlefield 4 and Crysis 3. This little guy can run just about any game at 720P, and it can even run a certain few at 1080P. Its cheap, it draws little to no electricity when idle, and it packs quite a punch for such a cheap card. It stays pretty quiet most of the time, and the fan only reaches 100% speed if you set it, so it's a relatively silent gaming experience.

Cons: It can't play everything. Like most cards out there, there are a few things this card can't do. You aren't very likely to be able to turn all your settings up in every game. Anti-aliasing is pretty much a no-go on this card, unless you're playing a game that runs on the Source Engine.

Overall Review: When my mother bought me this card(as a gift), I wasn't expecting much. At the time, all I really cared about was playing Counter-Strike: Global Offensive, and that card kicked buttocks for it. I then bought a few other games and saw how well this little guy actually performed. I've been quite happy with it.

Cons: CANNOT SUPPORT 3 MONITORS I feel stupid for now looking into that previously. Though it cannot support 3.

Overall Review: For the money it is nice, I believe it doesn't have enough "power" to give you the full 2GB worth. Sapphire should really consider giving it a place to get power from the PSU

Pros: I got this card in LESS than 24 hours and I only paid for 5-15 day delivery!!! I was absolutely amazed to see it this morning when I bought it yesterday! :O Besides that the care is working great! I create 3D clothing for video games with programs like Autodesk Maya and Zbrush.. so this card is pretty perfect for that. If you are a hardcore gamer I'd suggest one of the 260x and higher but for me this is perfect and the price is GREAT!

Overall Review: I will always buy from newegg from now on because that delivery time was just INSANE! :D Thanks so much!!!!

Pros: For $80 this card performs like a champ, handling anything I throw at it, paired with an A8-6600k it can play Assassins Creed 4 Medium settings getting nearly 30-40 fps and a few drops to 24 fps. I did a little Dogecoin mining with it averaging around 300-400 dogecoin in an 8 hour time frame. If you need a cheap GPU to use while you wait for the GTX 800 series, this is the card. This card also will run very, very cool. It does not produce a lot of heat, the max temp I had was 55*c

Overall Review: Great card for $80, was worth the money.

Cons: I'm not a gamer. I just wanted to upgrade my CompaqPresario SR5548f intagrated graphics card -Intel Graphics Media Accelarator 3100- so as to be able to play & have a much better video / movie quality as well as to improve quality & speed while working with Windows Live Movie Maker. Unfortunatally, I've had lots of problems installing the driver that came with this graphics card. My system -Vista home Premium- doesn't recognize it & neither does recognize the ones from the manufacturer. I solved the problem by downloading the driver for Windows XP... -weird. With this driver installed & recognized by the system, I still can't : a) open Windows Live Movie Maker -computer doesn't meet the minimum system requirements & they want me to upgrade my driver b) In the Performance Information and tools, in Control Panel, I get a subscore of 1.9, for Graphics & 1.0 for Gaming Graphics I'll keep trying to solve this issue... :(