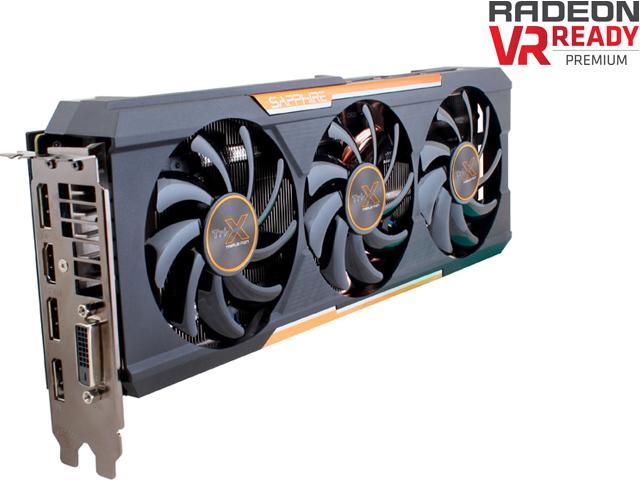 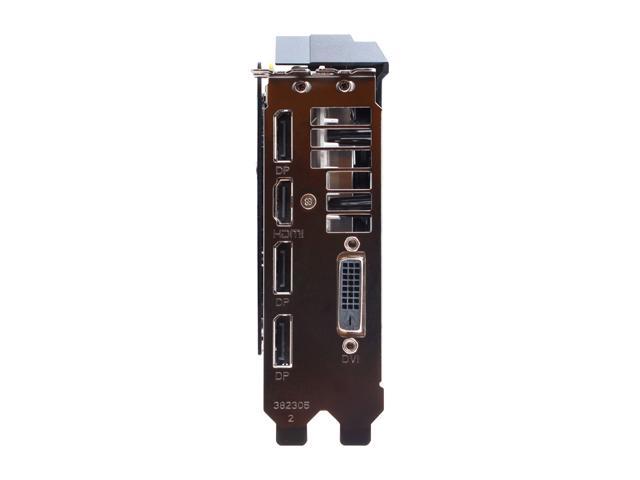 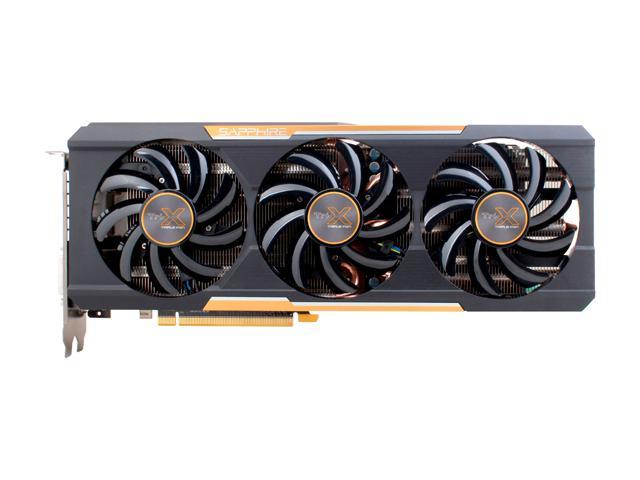 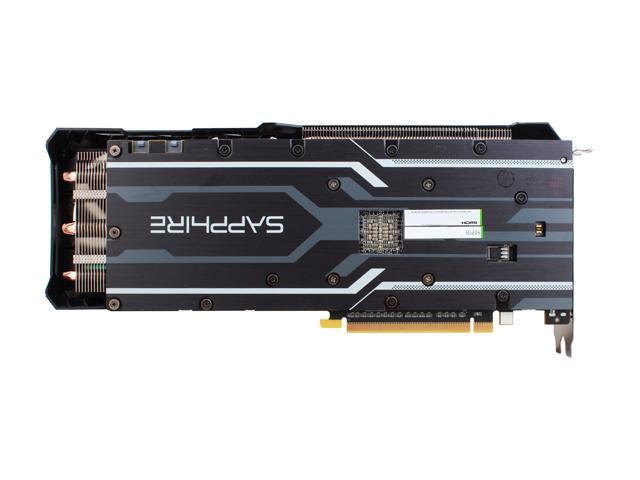 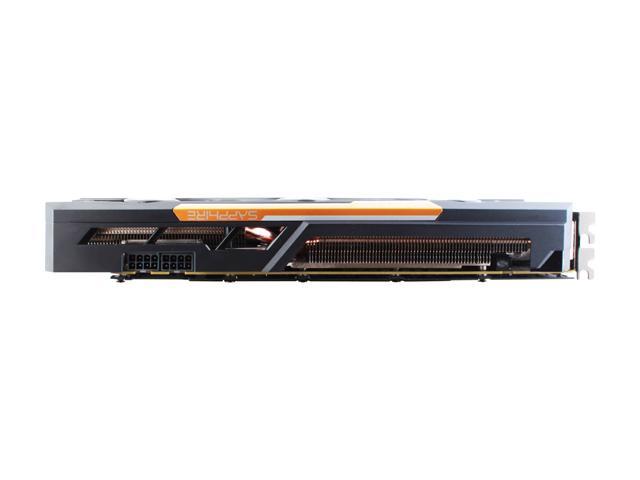 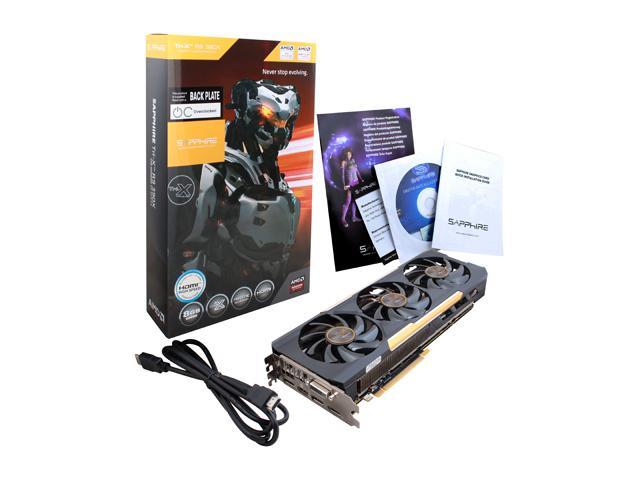 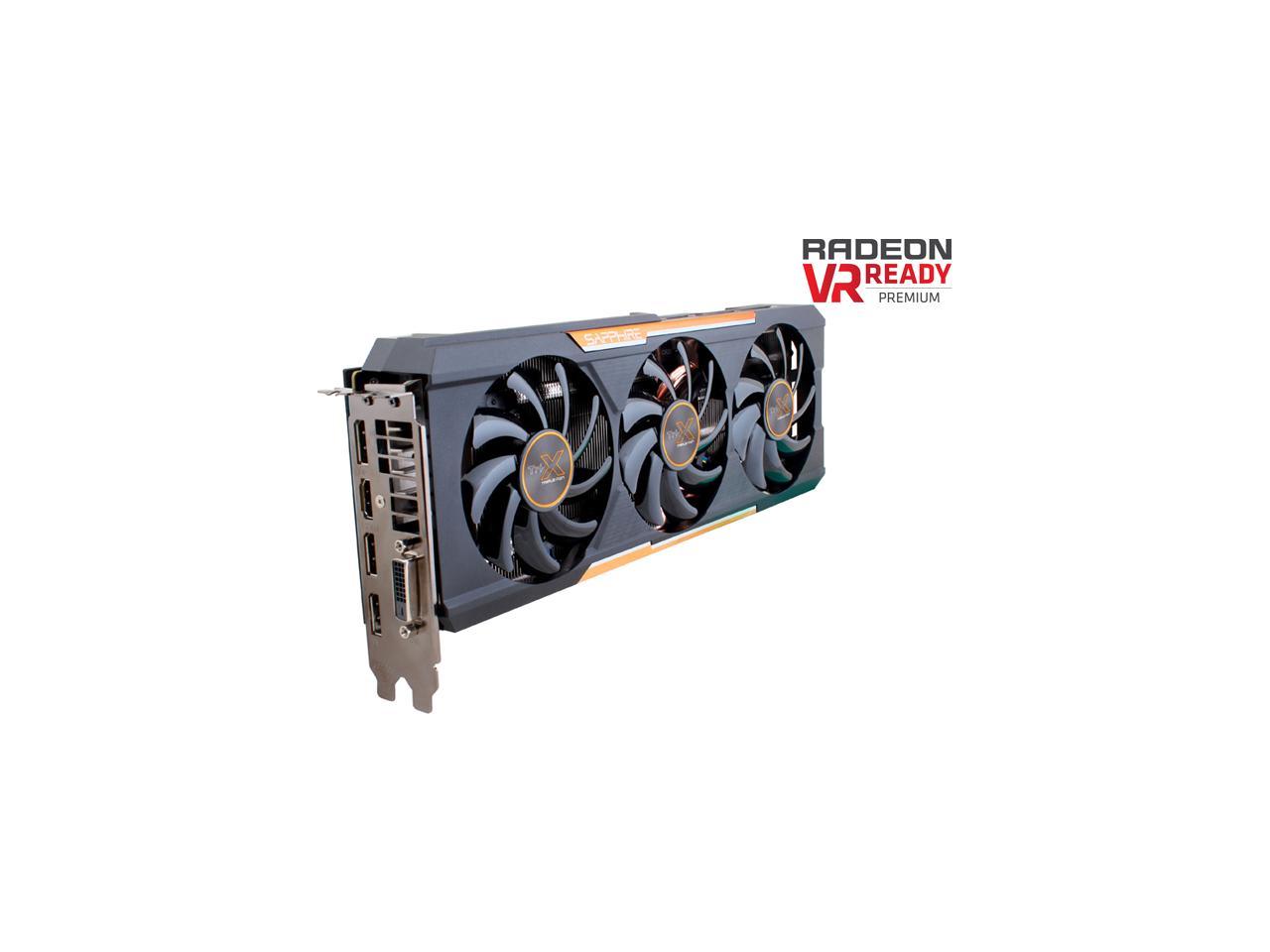 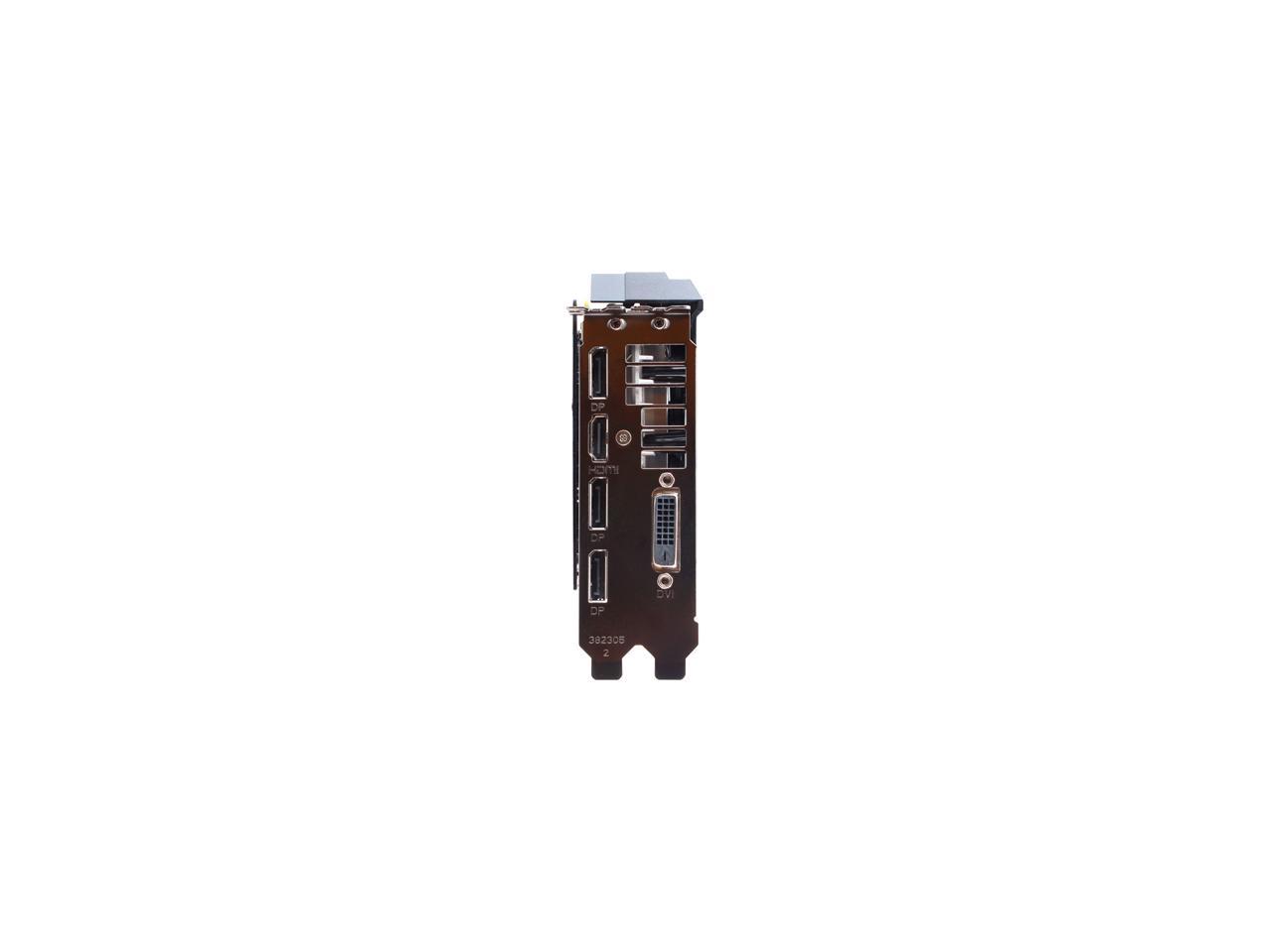 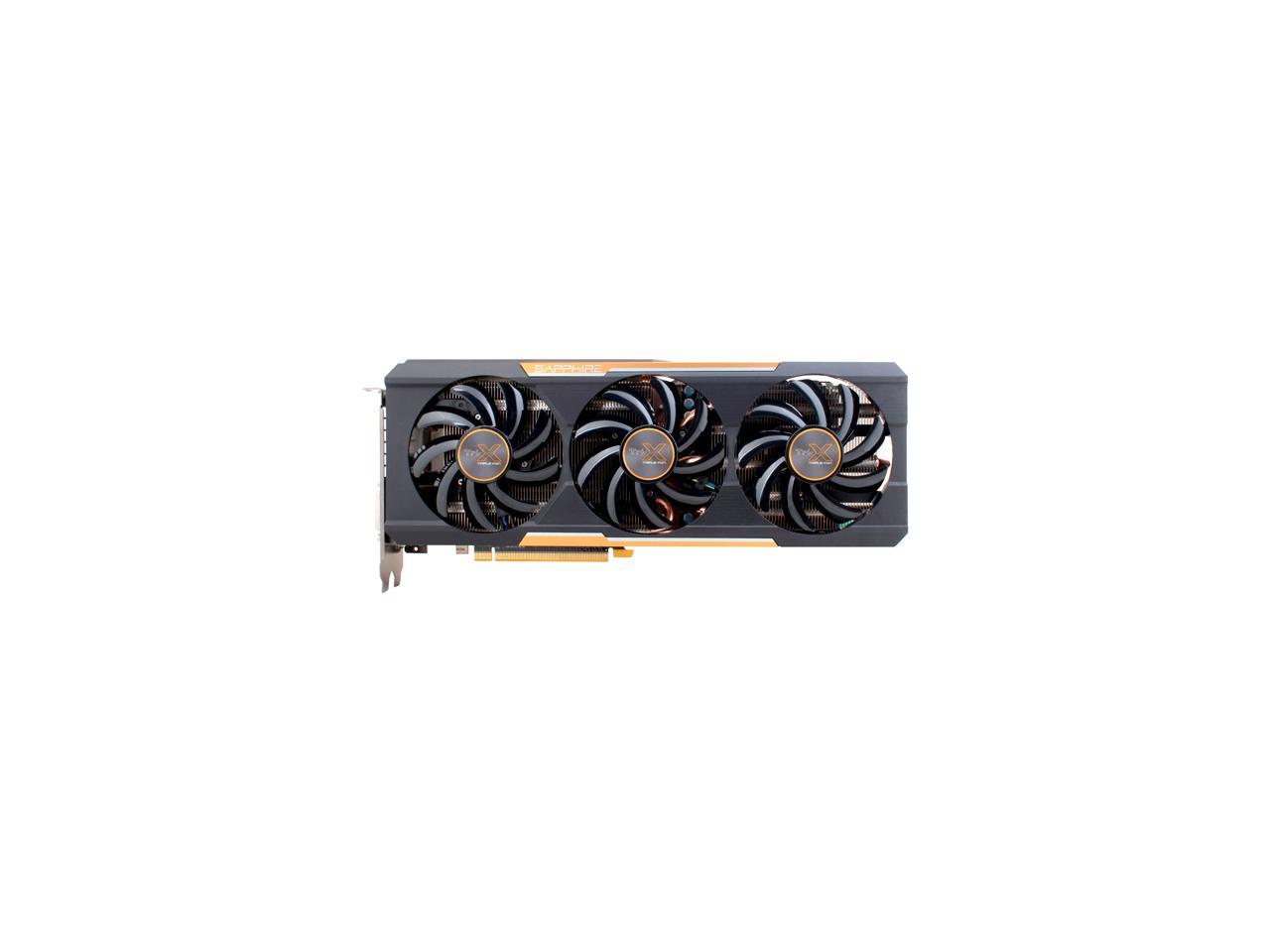 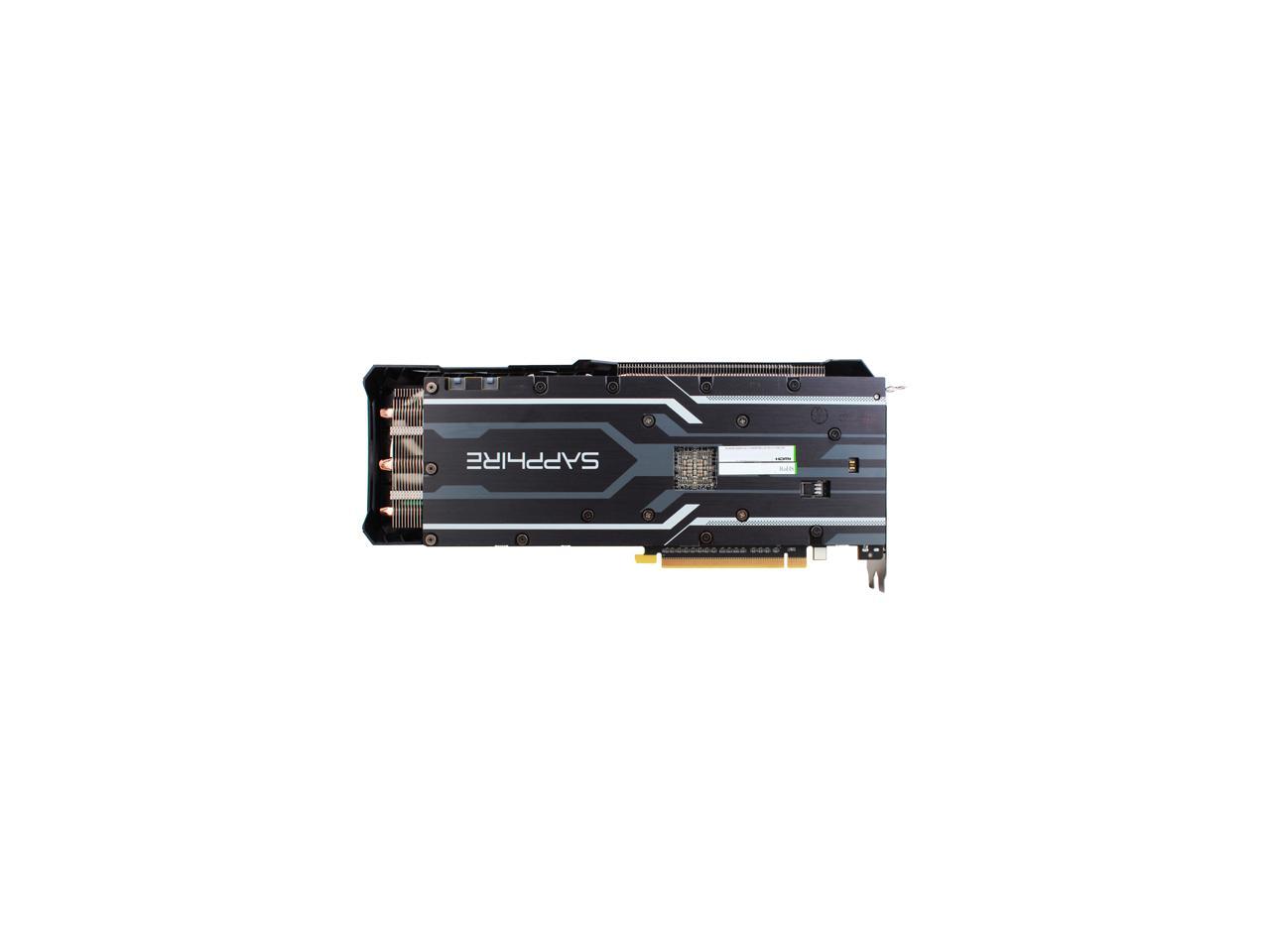 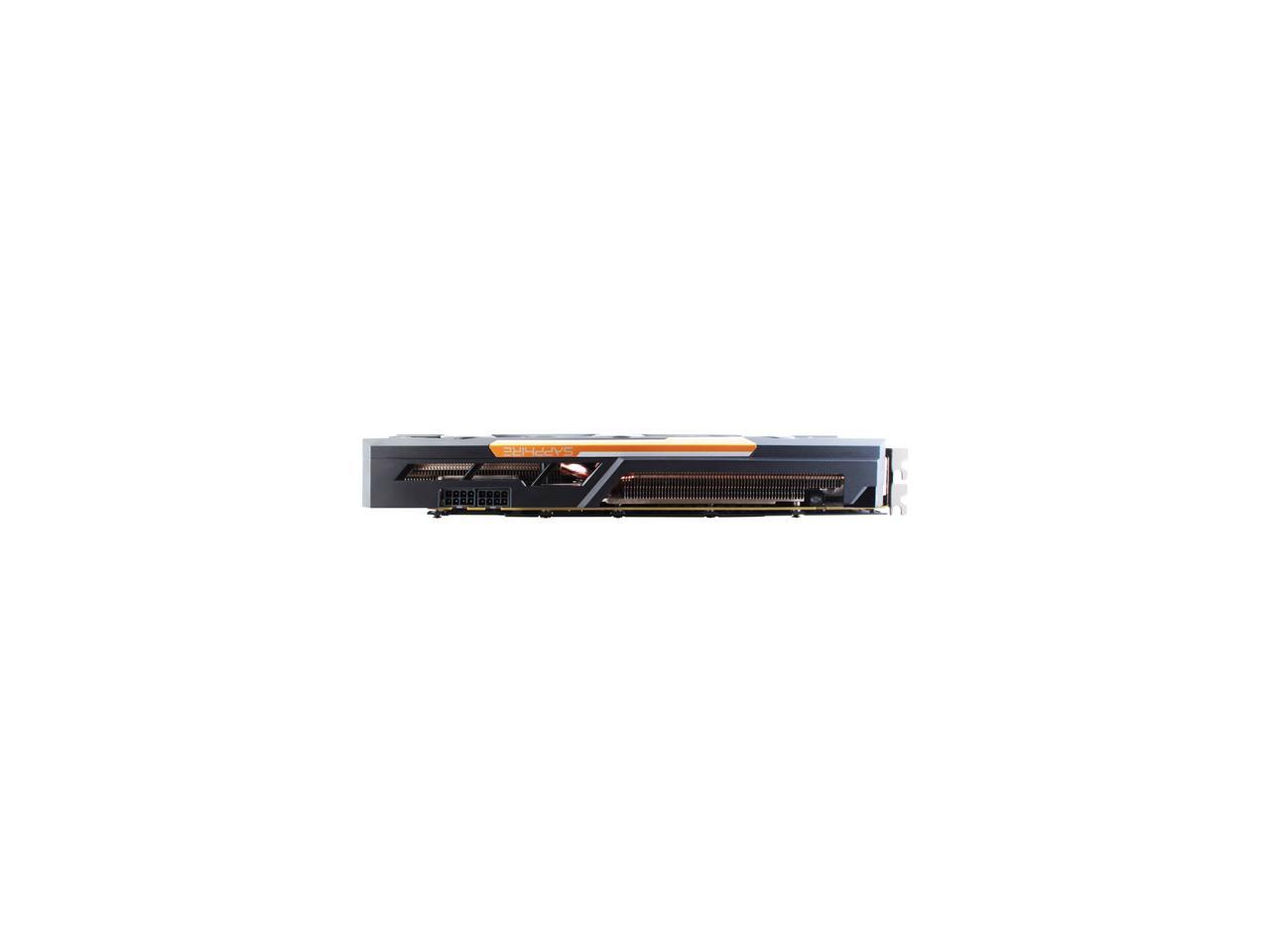 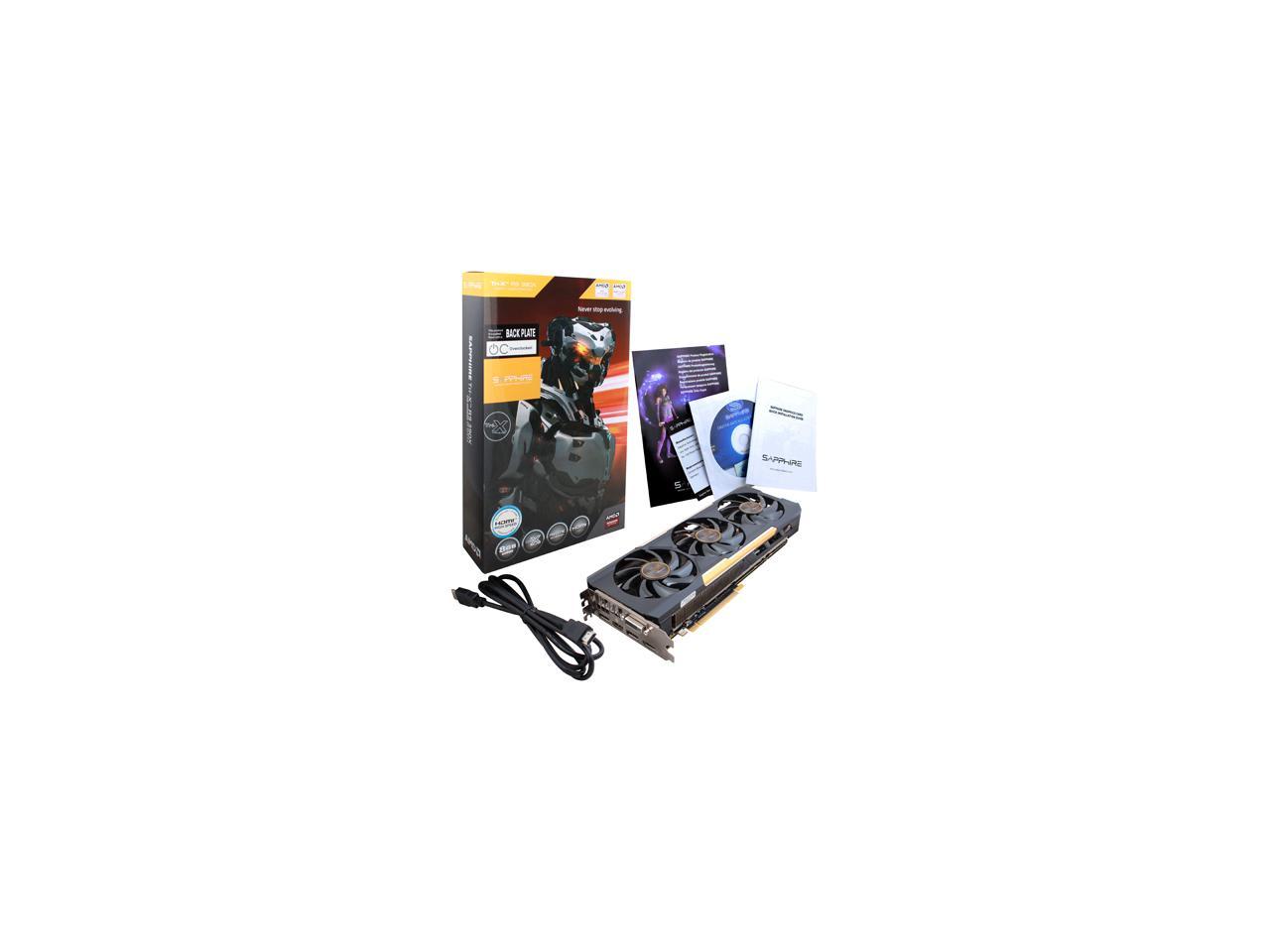 The SAPPHIRE Tri-X R9 390X features the latest version of our award winning Tri-X cooler now with dual ball bearings in each of the three fans for higher reliability and enhanced Intelligent Fan Control (IFC-II) which turns off the fans for silent operation under light load. Its industry-leading 10mm heat pipe and die-cast heatsink design keeps the card running cool even under the most demanding applications, and the use of long life capacitors and SAPPHIRE Black Diamond chokes contribute to consistent performance and high reliability. Based on the latest GCN architecture from AMD, the SAPPHIRE Tri-X R9 390X supports DirectX 12, TrueAudio, AMD FreeSync, LiquidVR and Ultra HD. With an 8GB frame buffer it is guaranteed to breeze through games at 1080p on maximum settings and deliver a great gaming experience at 1440 and beyond. Cons: Possible Dead Display Port? Unknown at the moment but thats a manufacturer problem not AMD's

Overall Review: I moved from a 780 FTW, to this card because of the price to performance ratio. I play Rainbow 6 siege,Ark, GTA5, Escape from tarkov closed pre-Alpha, and Breaking point. This card handles every single one of those games without any problem on ultra settings (1440p) I have occasional frame drops in ark but I dont know if that is based on my pc or the game. Either way, you will be very happy with this card. I was trying to decide between this and the 980 but I decided, hell, why not try AMD. Not a bad decision. The new crimson software/driver/ whatever it is called is very well optimized and is a very nice change from CCC and nvidias control panel. Now I think i have a dead Display port? No idea if that is what it is but It goes black when under load..None of the others do that so until I get another 1440p monitor I will not be able to tell. It might just have been a driver issue.I will update this in the future If I ever have a problem with it!

Pros: Awesome performance in Games, before I was using a MSI 270X OC and it played most of my games maxed out. How ever some of my more demanding games such as Star Citizen I was barely getting 30ish FPS, but with this 390X I am getting an easy 40-60+ FPS with maxed out settings at 1080p, and the games still in Alpha, which says quite abit about the cards horsepower. This card also runs suprisingly cool have yet to see it get over 62c with the fans at 60%, another major plus. Also having that BackPlate is nice, the card literally has no Sag what so ever.

Cons: So far the Only con I have at the moment is the fact that for some reason I am getting Random Blackscreening in games etc, with the Error messege. *DXGI_ERROR_DEVICE_HUNG & or _REMOVED 0x887a0006*. I never know when this will happen but in my Event Viewer it always says this *Display driver amdkmdap stopped responding and has successfully recovered. Event ID 4101*. This is Getting Extremely Annoying, I have uninstalled and reinstalled my drivers at least 6 times an the issue still persists, I even went as far as replacing my PSU entirely with a 1200Watt PSU from Corsair, and I Still have the issue. How ever if I place my old 270X back in the issue go's away, so what do I have a bad card that works most of the time or is this a driver issue with the newer 390 series of cards ? Cause at this point I am about to throw in the towel if after I do a full system format I still have the Blackscreening, at which point I may end up RMAing this for either the new Nitro 390X which is actually what I wanted but wasn't released till literally 3 days after I got this card, or I'll get a 980Ti. This Blackscreening seriouslly has me thinking about switching back to the green team if this keeps up.

Pros: Runs at speeds advertised great fps for the price ultra quiet cant hear it when gaming at all my cpu cooler is louder lol

Pros: This card runs great and the graphics are magnificent, especially at the price I got.

Cons: Sometimes the fans sound a little loud in a higher output session.

Overall Review: I would recommend the 390X, though you might want to go with a MSI or ASUS, just for the extra applications and such that you receive.

Cons: Take consideration the size of this thing because is big!! It barely fit in my mid-tower! I had to pretty much push it to make it fit!

Pros: It was a decent card when it was still running.

Cons: The card died very suddenly only 3 months out of warranty and Sapphire will not honor it.

Pros: It can be used as a fancy, if expensive, paper weight.

Cons: -Too expensive -Will drop dead, black screen, with no warnings (Not from over heating or overclocking, just stopped working) -Company takes after Apple with planned obsolescence being part of their business model -Dies just in time for warranty to be expired

Overall Review: -Would not recommend this product to anyone unless they like paper weights -IT support was useless and unhelpful in anyway