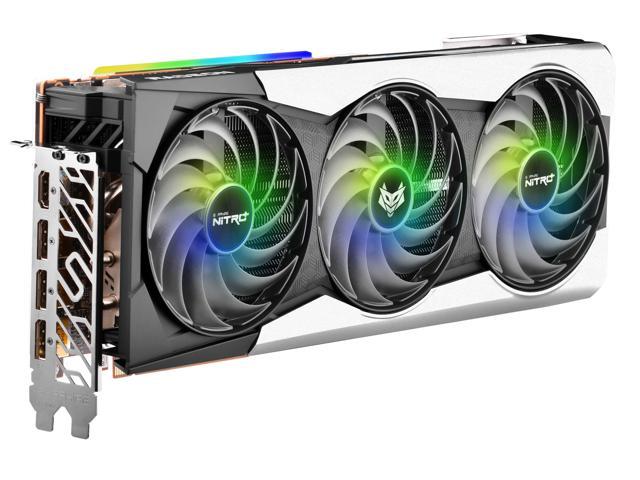 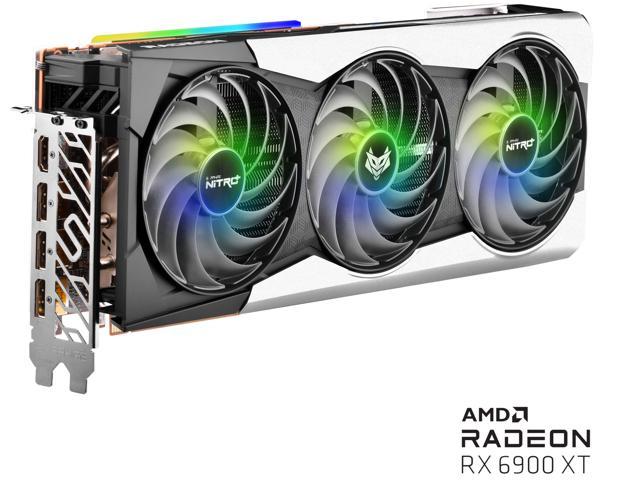 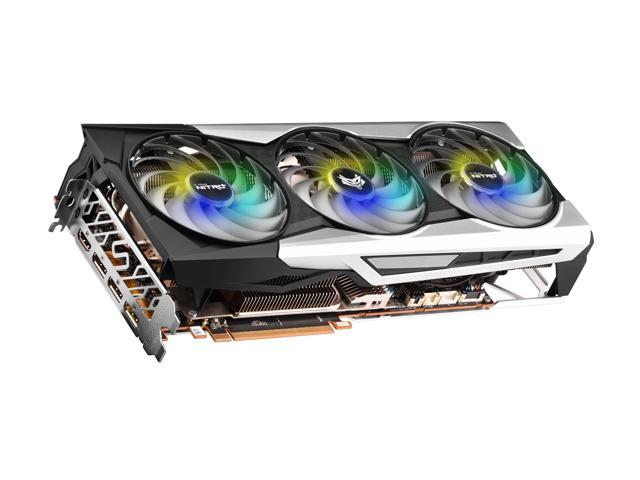 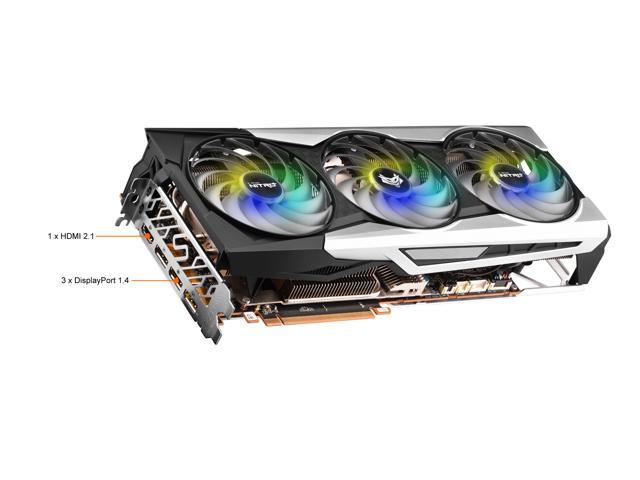 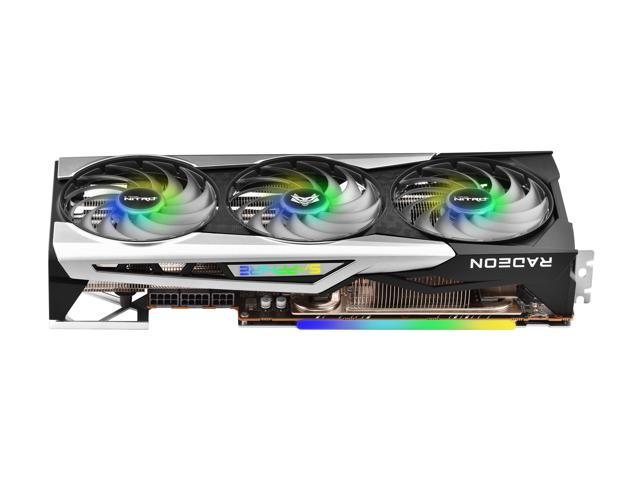 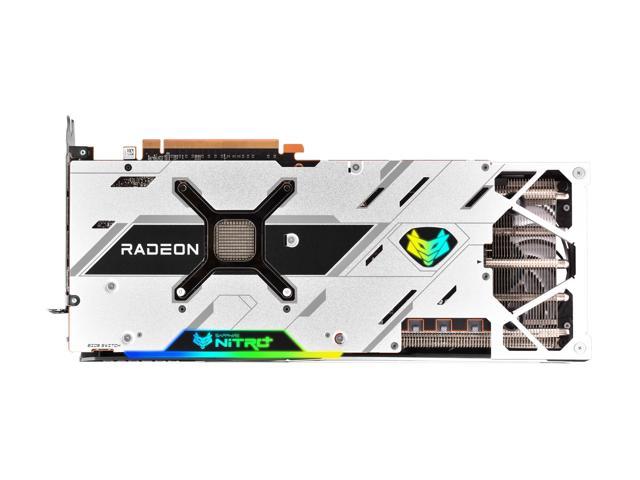 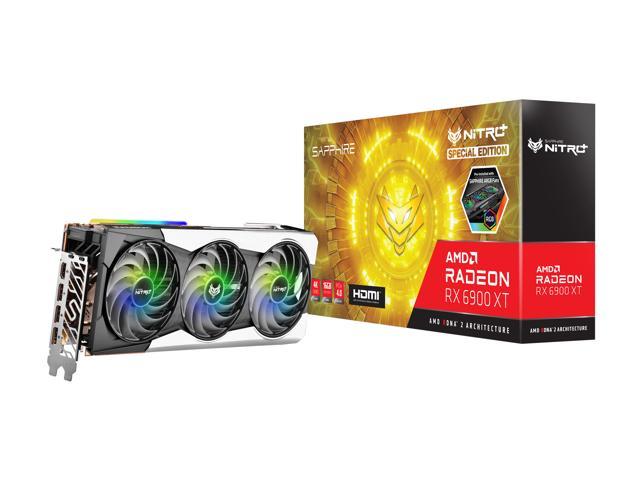 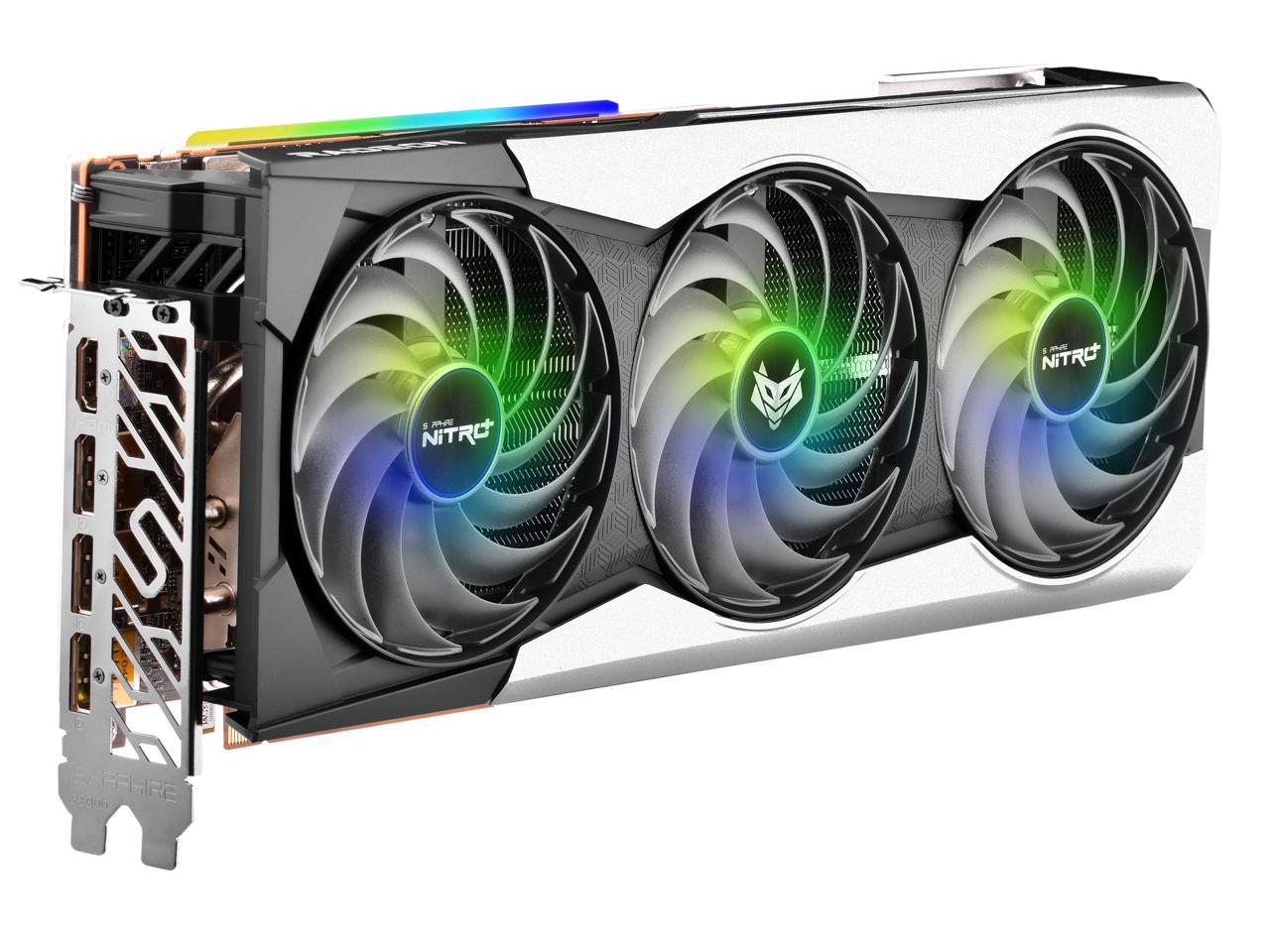 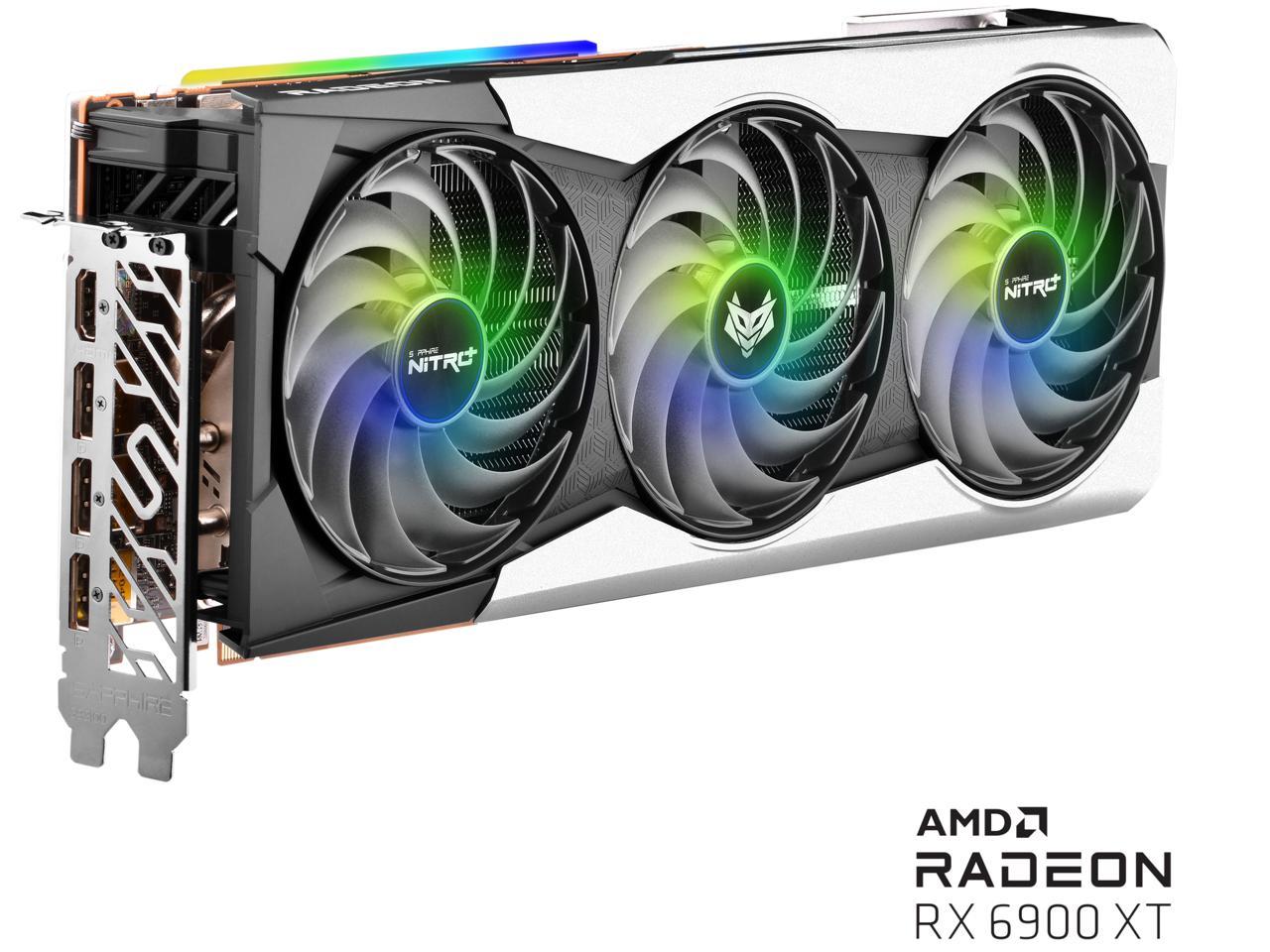 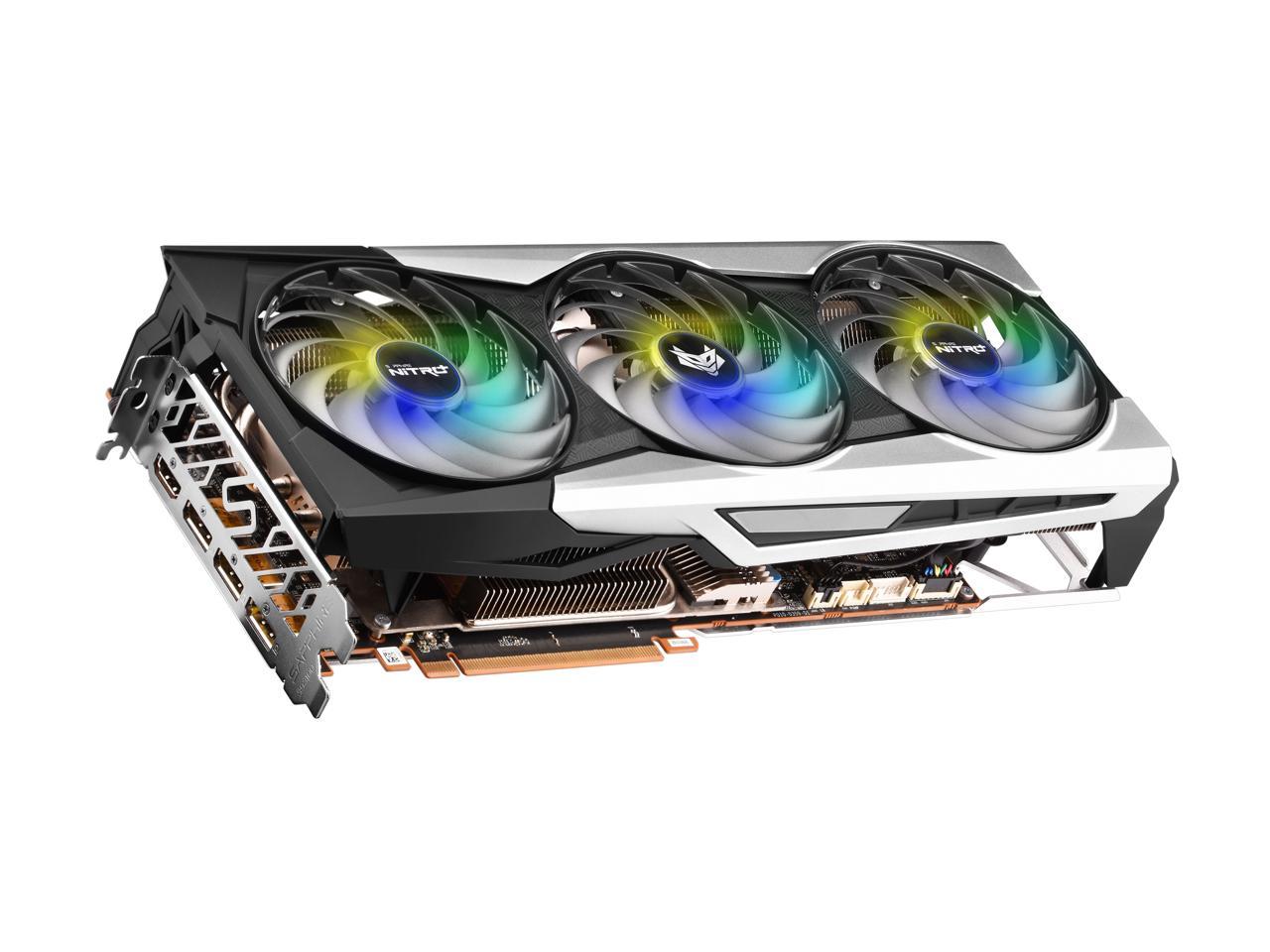 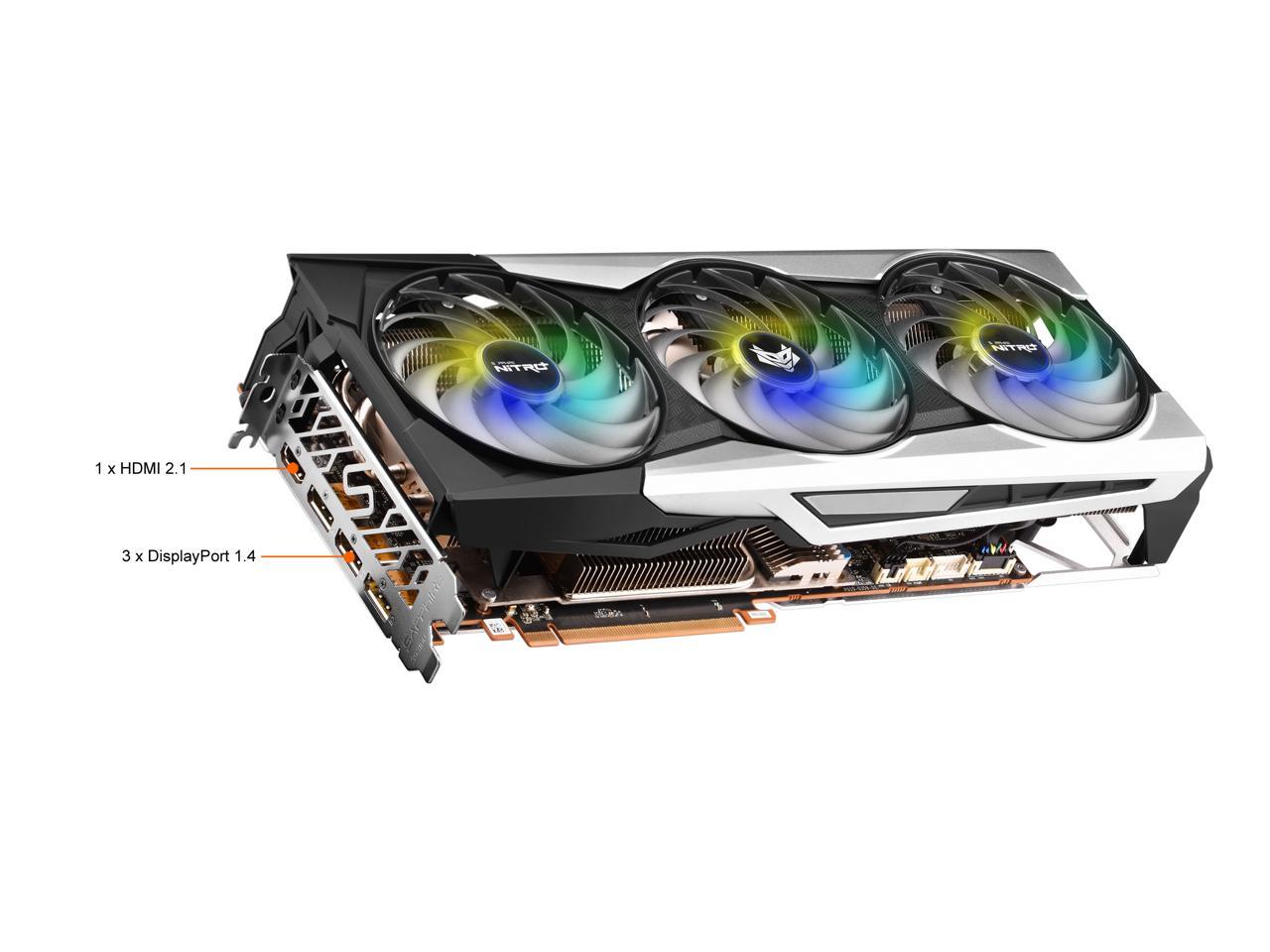 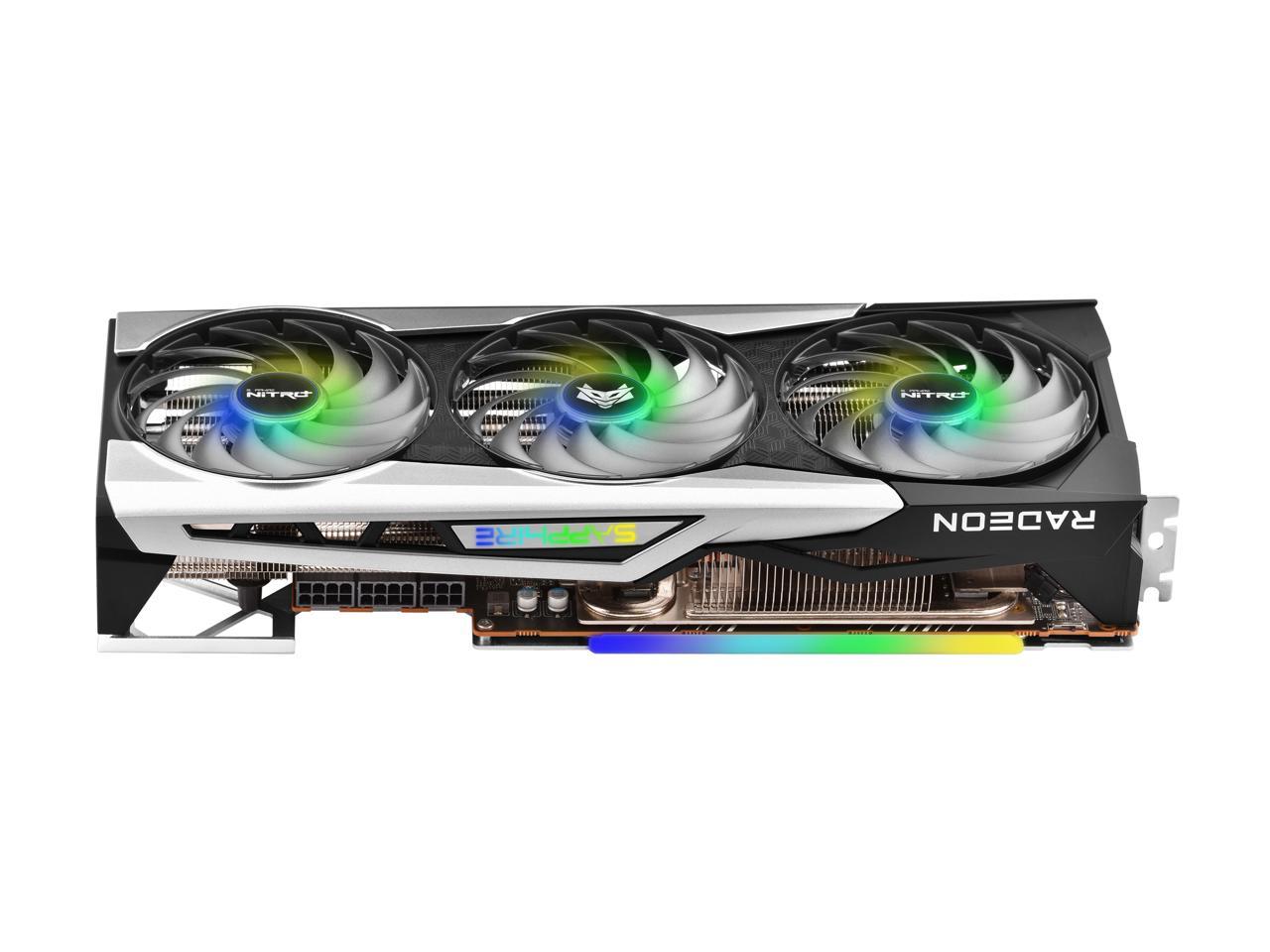 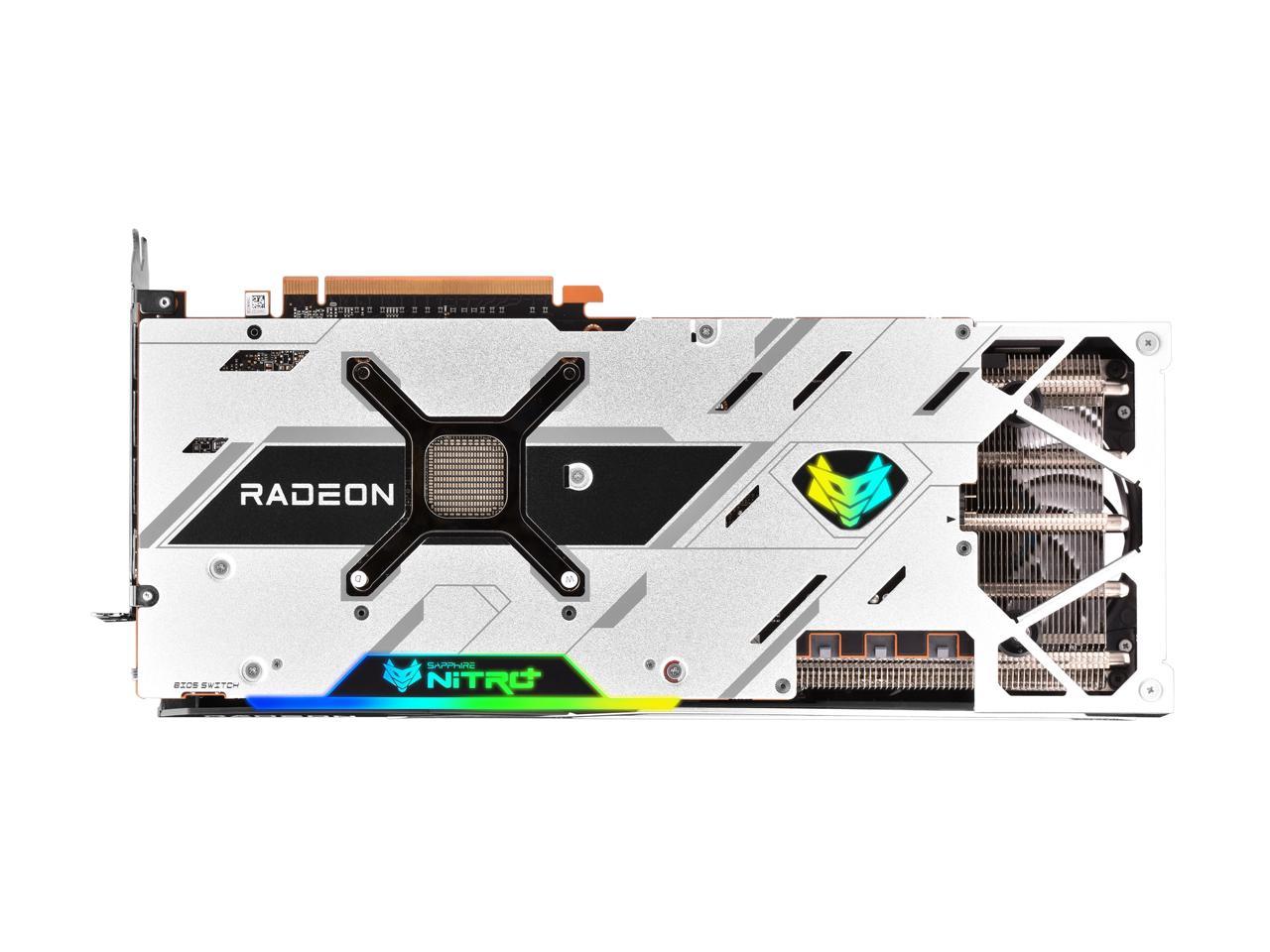 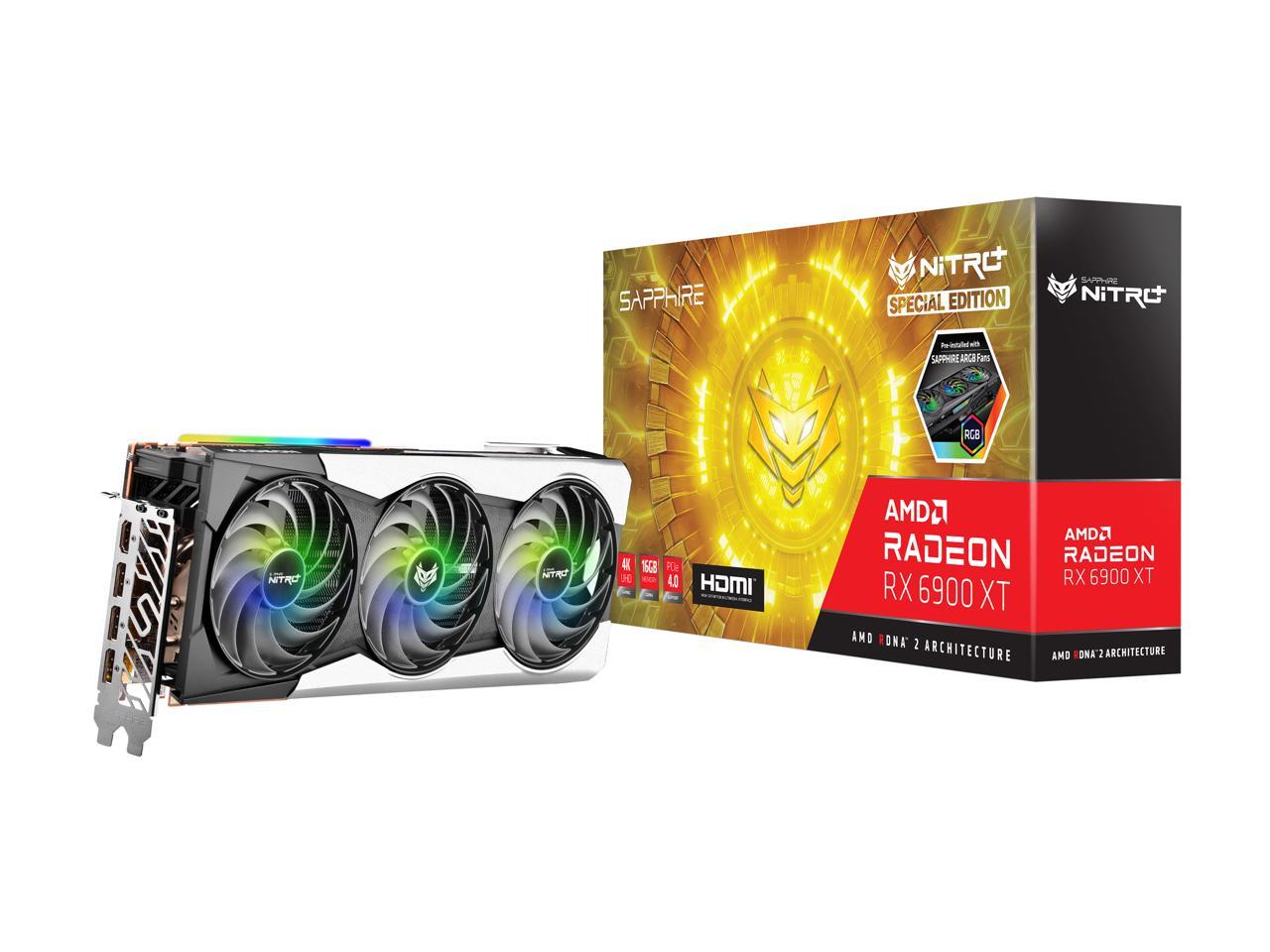 Performance to Rule Your Game with Radeon RX 6900 XT Graphics

The Sapphire NITRO+ AMD Radeon RX 6900 XT SE graphics card is based on AMD Radeon RX 6900 XT GPU and is factory overclocked to 2365MHz Boost Clock (2250 MHz Boost Clock for reference card) for more graphics power out of the box. Its innovative thermal solution covers the GPU, memory and VRM to keep the entire card running cool and stable. That graphics and cooling performance are matched with brilliant RGB lighting on the side and fans, to give you a card that stand out in every way.

Switch from performance mode to silent mode or back using our TriXX software for a quick and easy switch between your dual BIOS modes.

Personalize the look of your NITRO + card with its built-in ARGB and ARGB fans.

Choose from HDMI and DP slots for a maximum of 4 outputs.

The WAVE Fin Design reduces friction when the wind goes into the fin module resulting in a reduction of the wind cut noise.

The V-shape fin design on top of the GPU accelerates and centralizes the air flow around the GPU to dissipate heat efficiently.

The new hybrid fan design combines the quietness of a traditional axial fan design and strong air pressure of a blower fan design to generate an improvement in the downward air pressure through the fan while keeping the fan noise low.

The combined Memory & VRM cooling module cools the memory, MOSFET, and the chokes. Two heat pipes are added underneath the module to dissipate the heat from the components with better efficiency.

When compared to the previous K5, the K6.5 Memory Pad has a nearly 38% better thermal conductivity between the components and the cooler.

An innovative mixture of Robust VRM Cooling and independent memory thermal modules work in tandem to remove heat efficiently and effectively across all sections.

Heat is dissipated by a trio of large 100mm efficient fans running anticlockwise to maximize airflow.