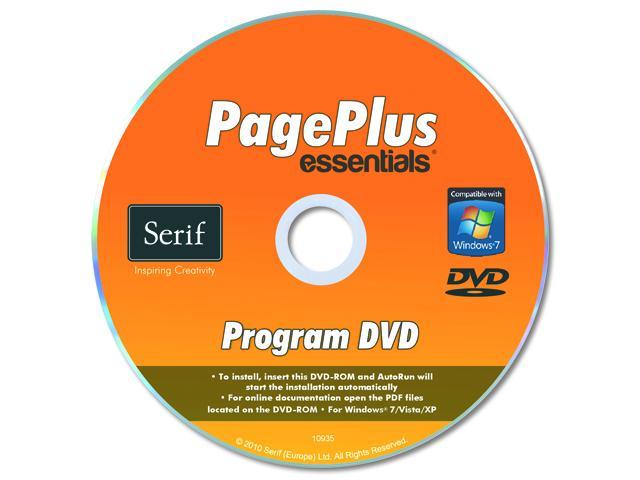 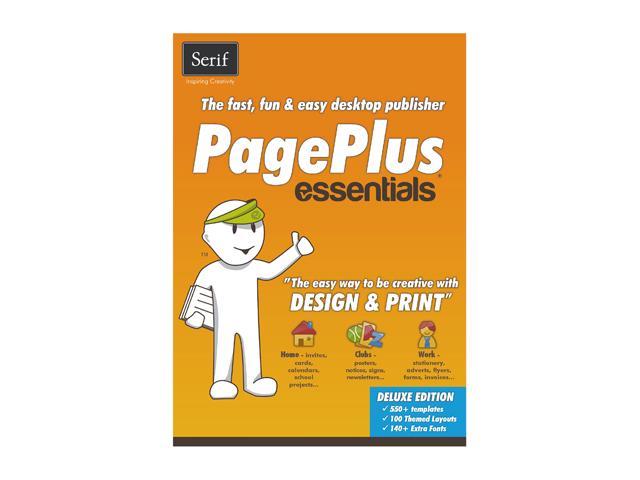 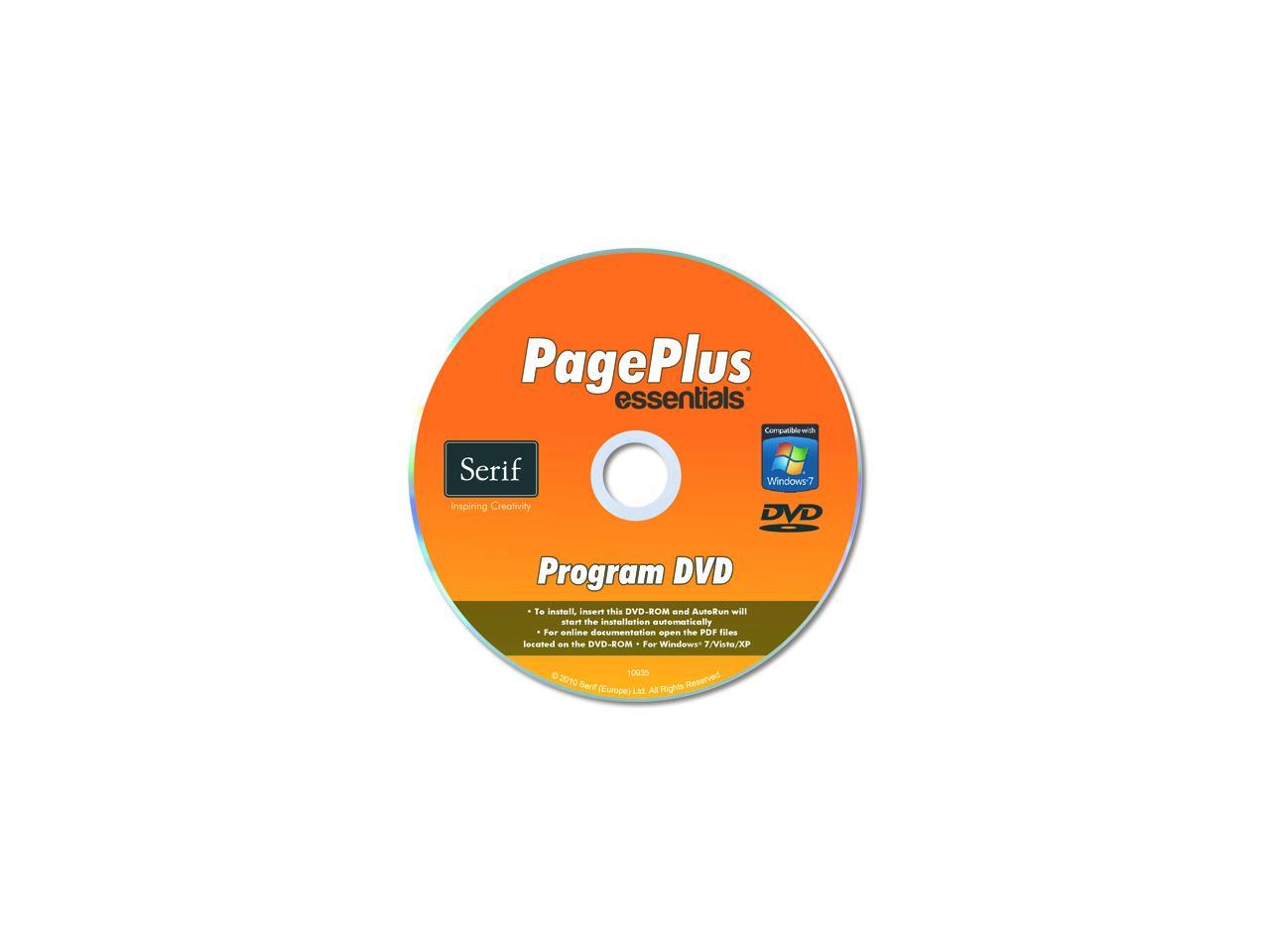 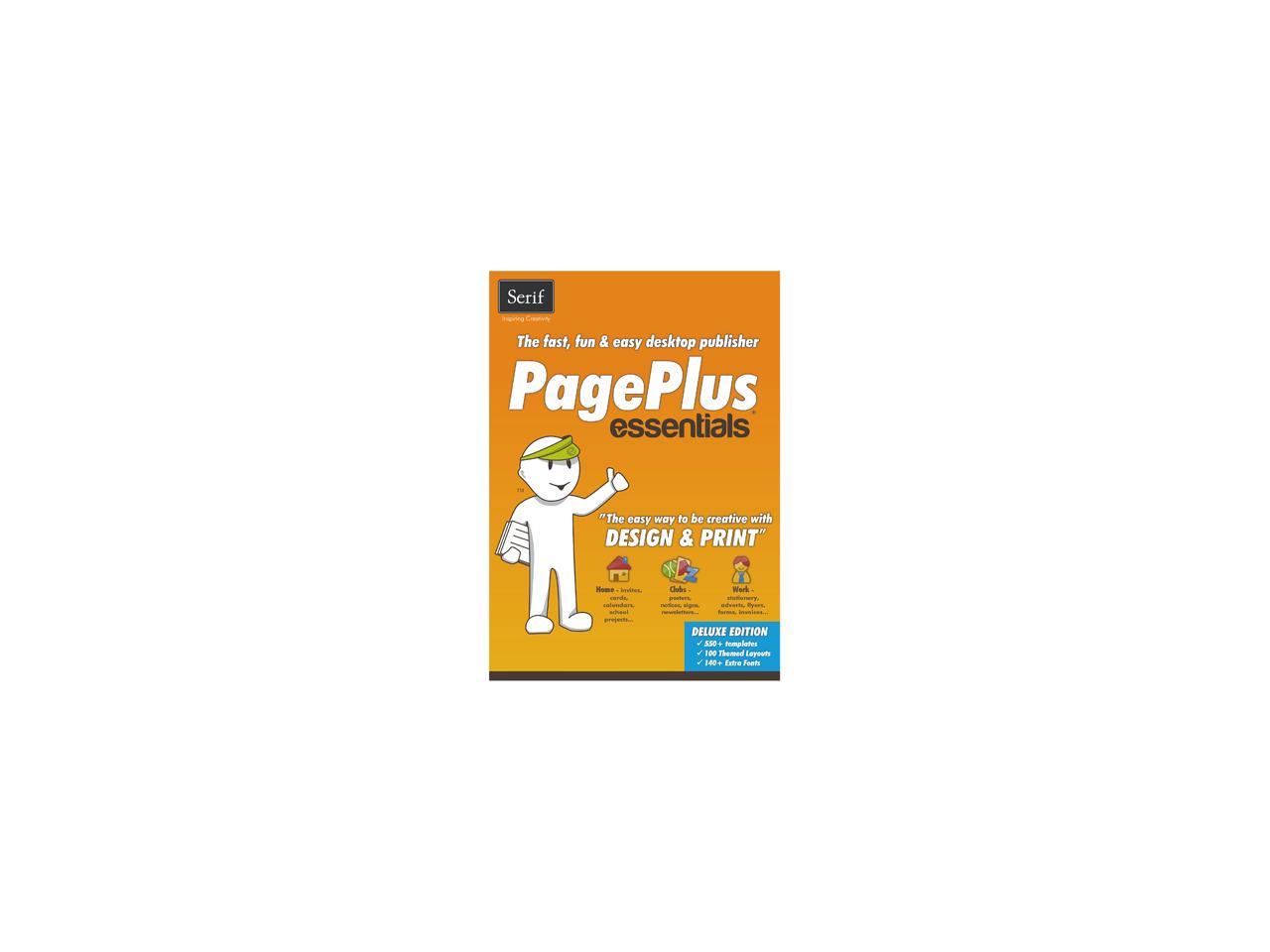 (1) Write a Review
OUT OF STOCK.
Overview
Specs
Reviews
The easy way to create sophisticated, unique designs – fast. PagePlus Essentials has all the templates, word processing, graphic design and layout tools you need for stunning calendars, invites, cards, newsletters, signs, flyers and more; all wrapped up in an easy to use, affordable package.

Learn more about the PagePlus Essentials - 1 User for System Builders

Pros: A low-cost, high-value, award-winning, workhorse software solution for desktop publishing of vital items such as business cards, flyers, pamphlets, emails, newsletters, and similar items. It has built-in Acrobat conversion, so you'll save that major expense while being able to forward Acrobat files to printers and publishers straight from the program. You can also open and edit, then re-save Acrobat files In Page Plus, so there is another great reason all by itself to get the program! It was originally a deal with Bill Gates who sold them the Publisher rights in Europe, so early versions of the program (Versions 1 - 3) back in the 90's looked extremely similar to it. But now they are a stand-alone success story, and one of the leading, if not the leading, DTP publisher in Europe.

Cons: The only con I can think of that there may be a level of sophistication you desire that is not in the package - in which case, I suggest you go to serif.com and get the full-featured program.

Overall Review: I've bought every version of Serif Page Plus since Version 2 in 1995 (now on Version 16), so I've watched it grow into the powerhouse DTP program that it is today. My biggest complaint with the product is that the company, based in England, does not market itself aggressively enough in the US; if it did, you wouldn't need to read about the product, you'd just get it! They offer a complete line of programs; Web Plus, Photo Plus, Draw Plus, Movie Plus, Album Plus, Font Manager, and of course, Page Plus. They interact with each other so that if, for example, you are using Page Plus, and need to edit a photo, Photo Plus will be there for you to use inside Page Plus. I really don't know of any other product with so much to offer for such a low price. And tech support is right there with a real, live, English-as-their-native-language speaker helping. Get it - you won't regret it!! -30-